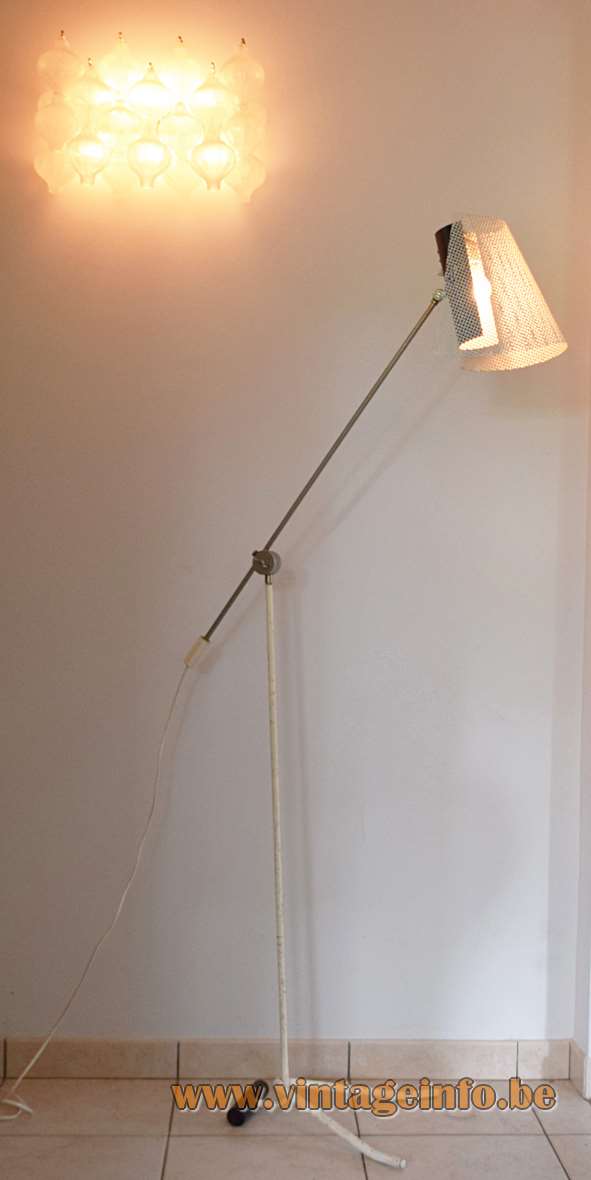 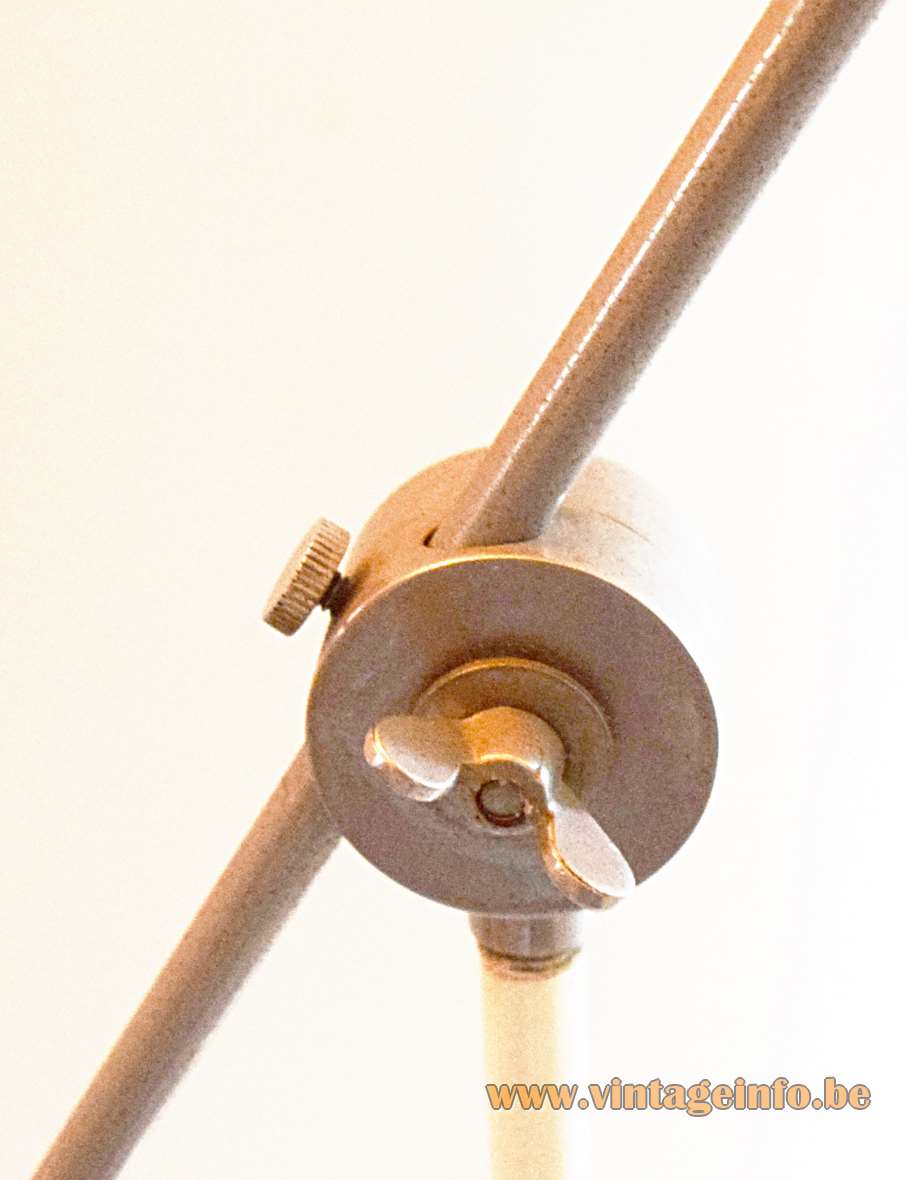 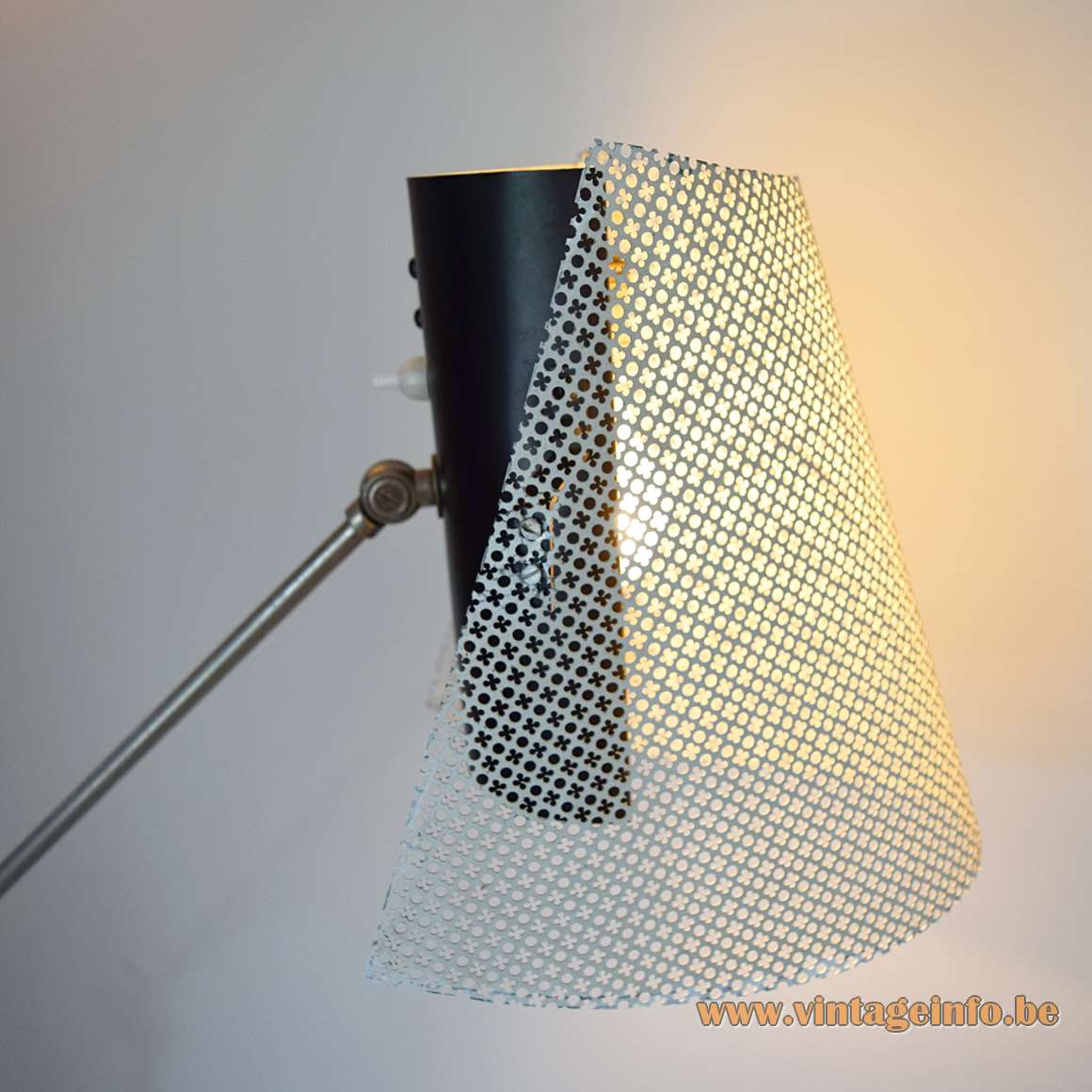 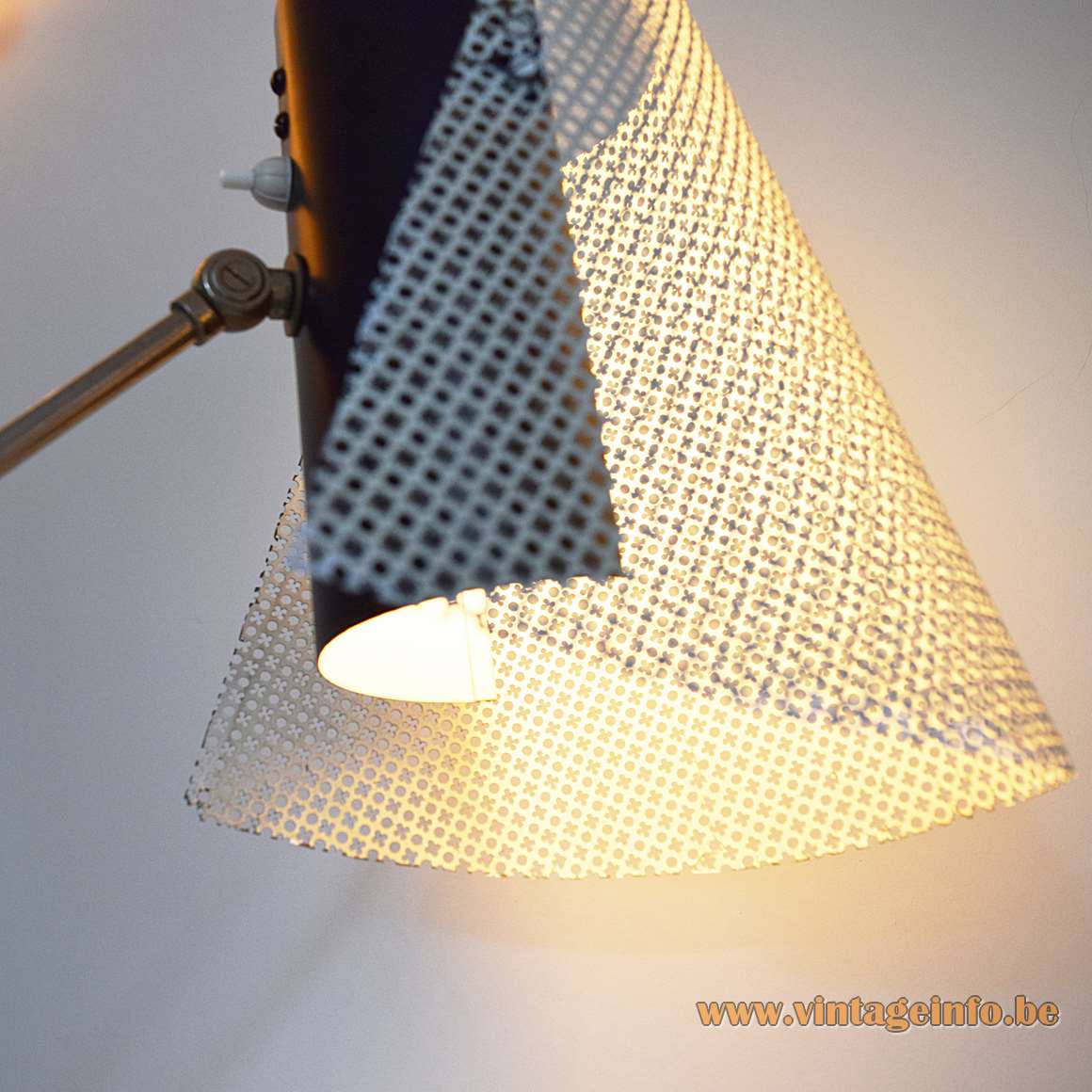 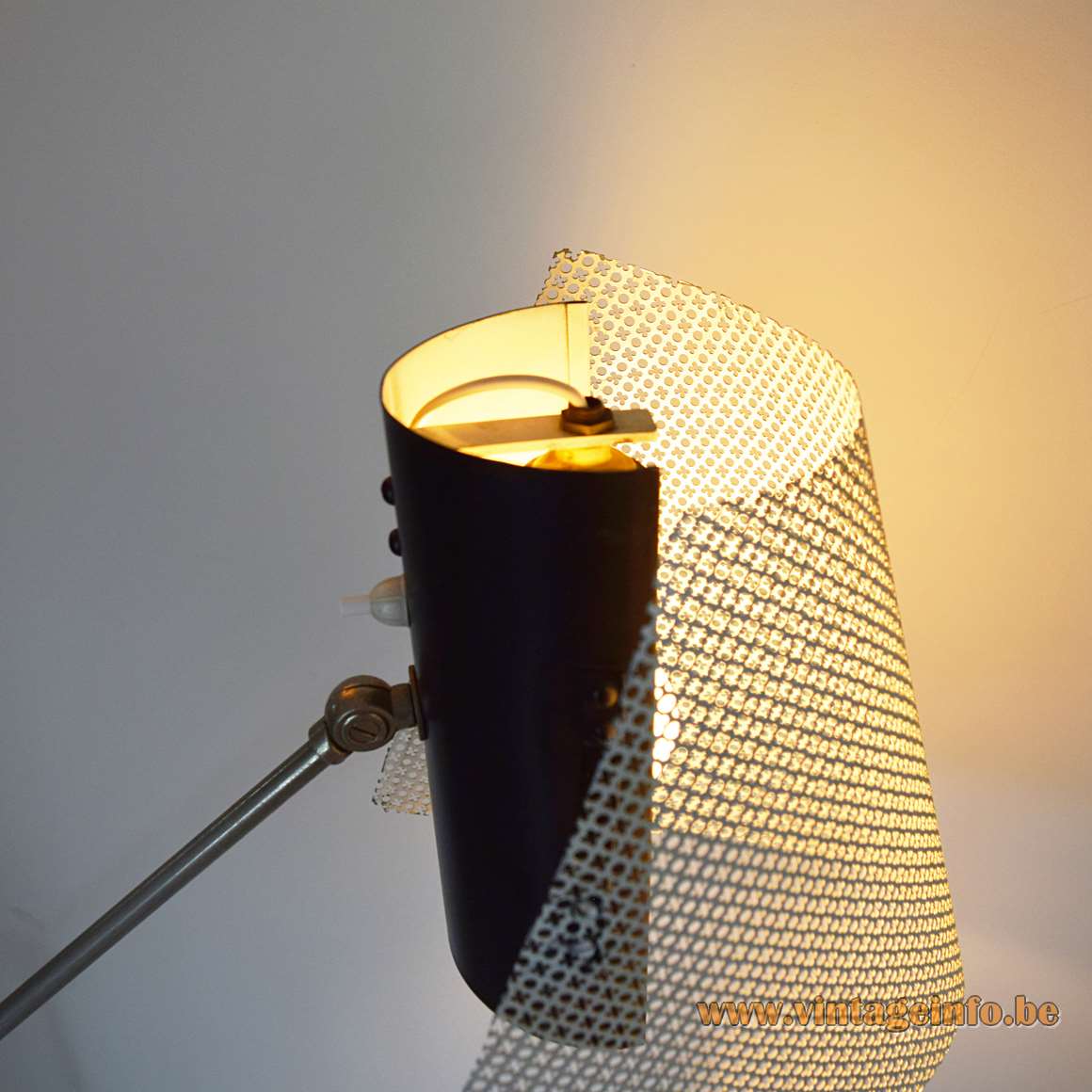 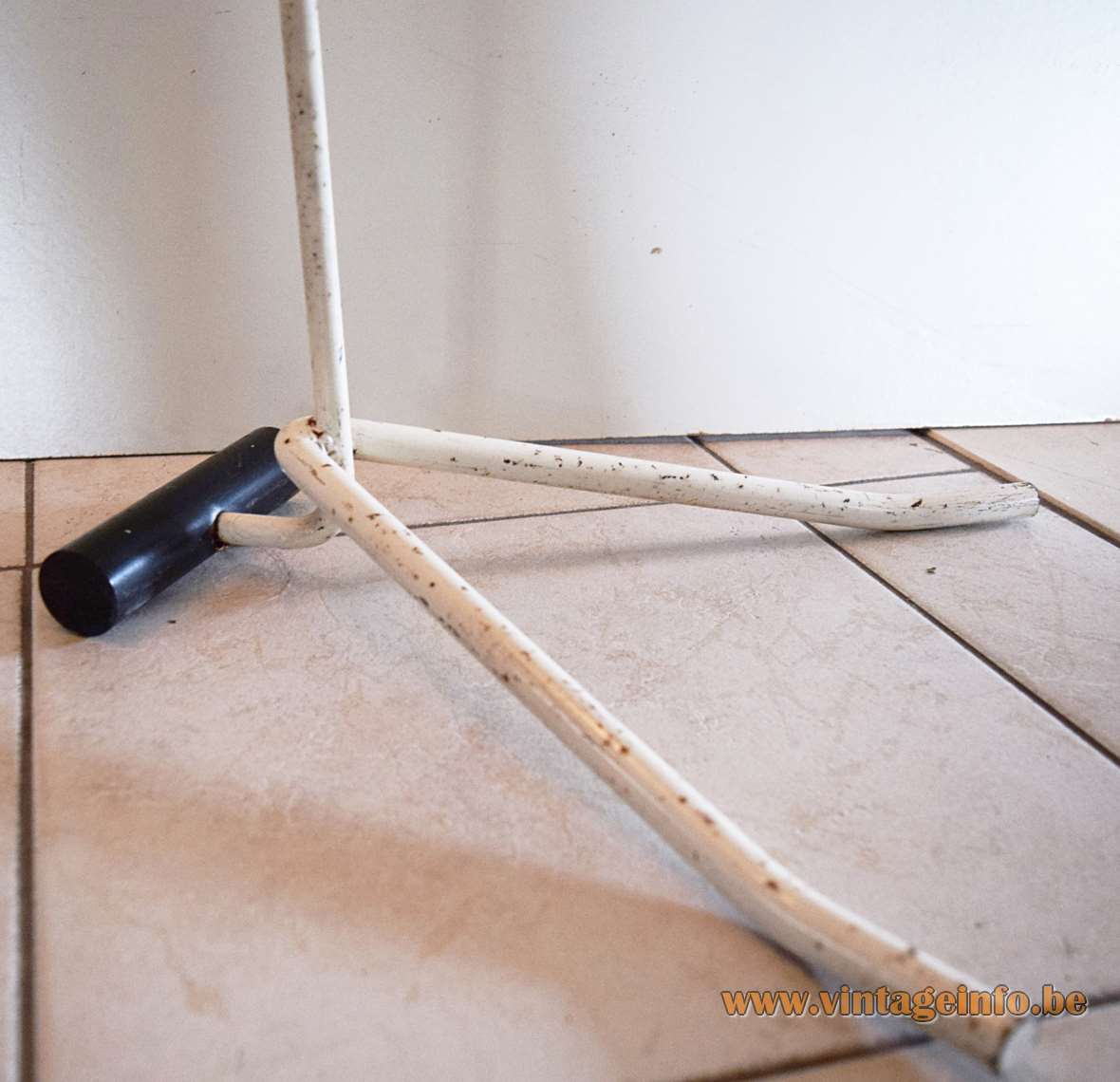 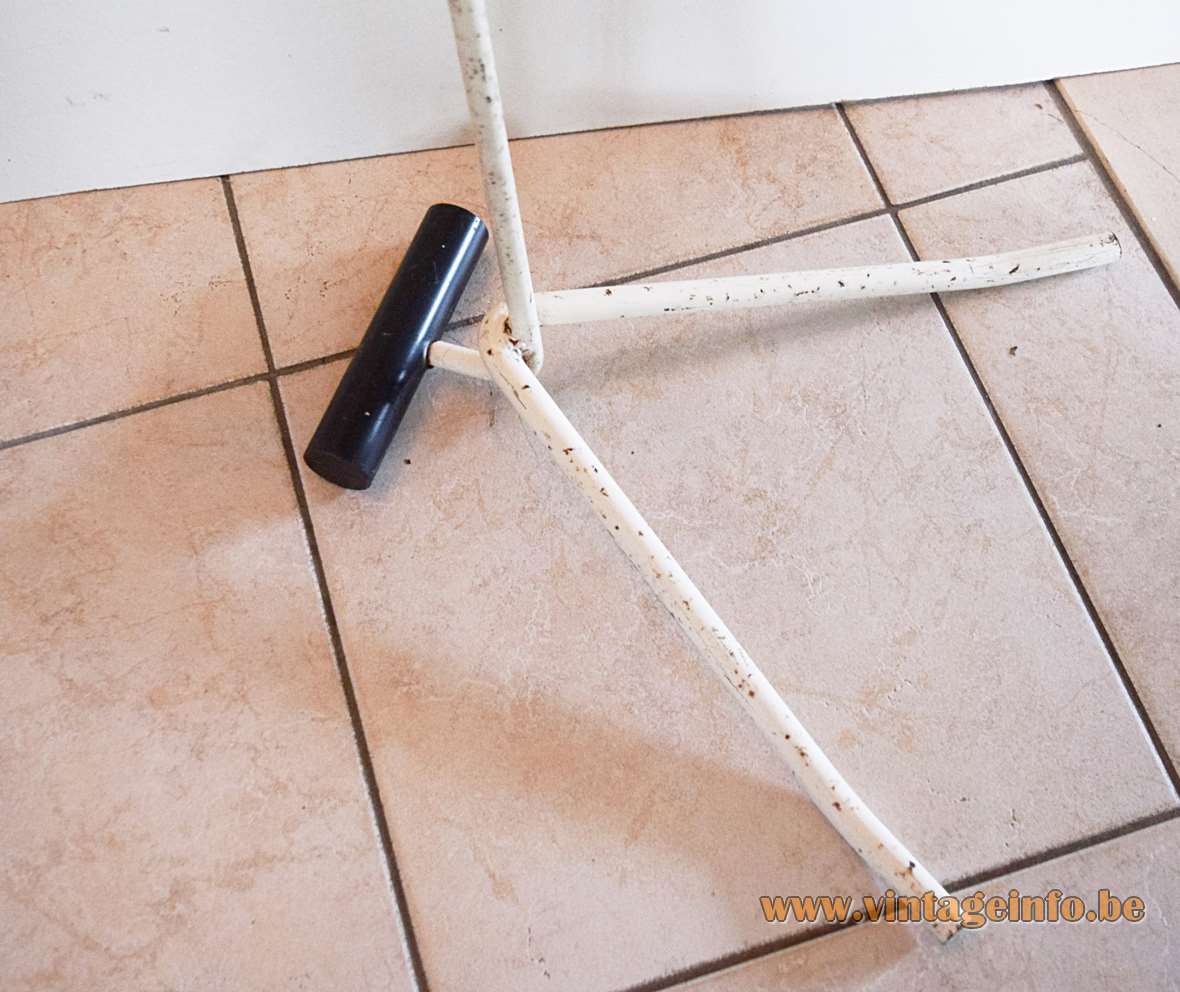 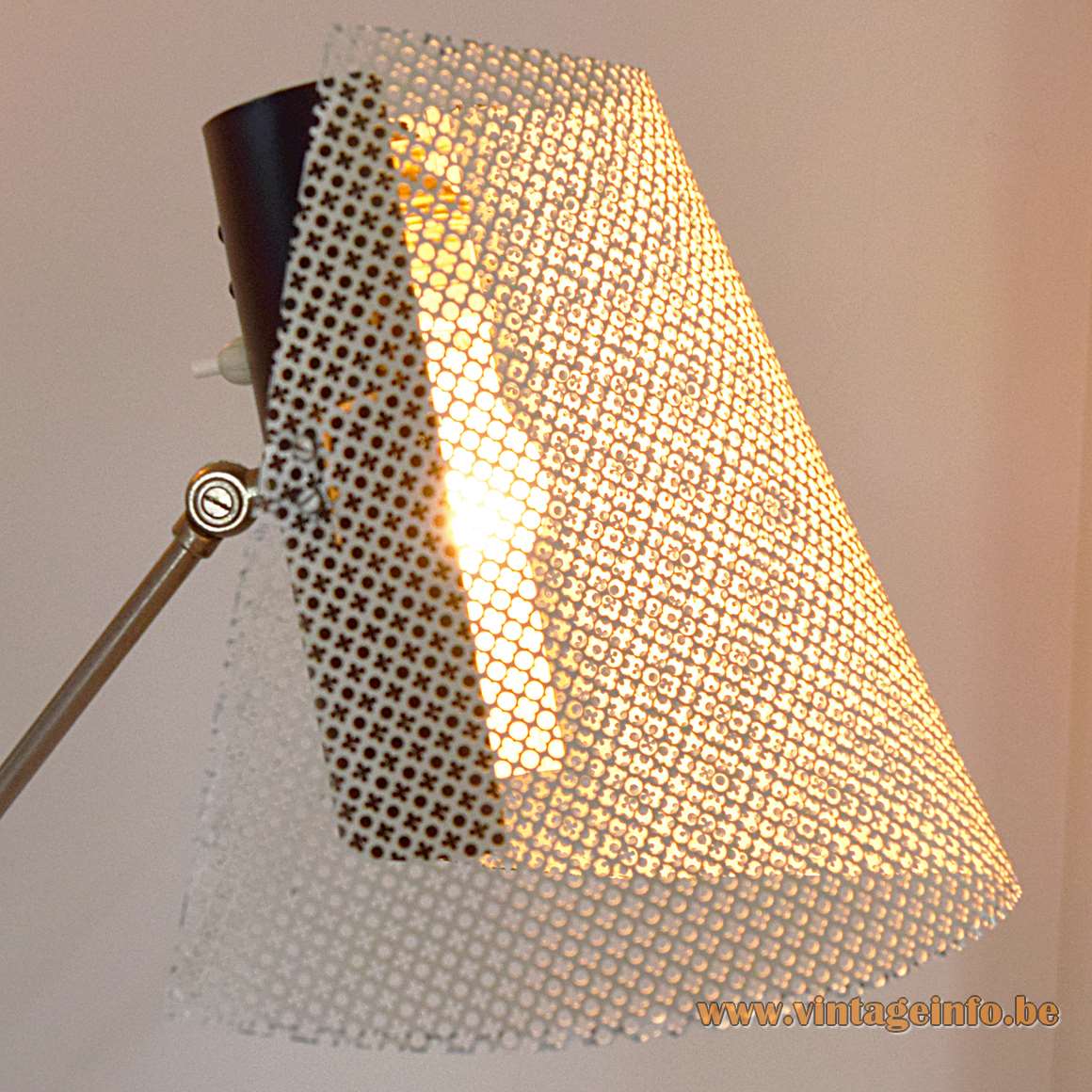 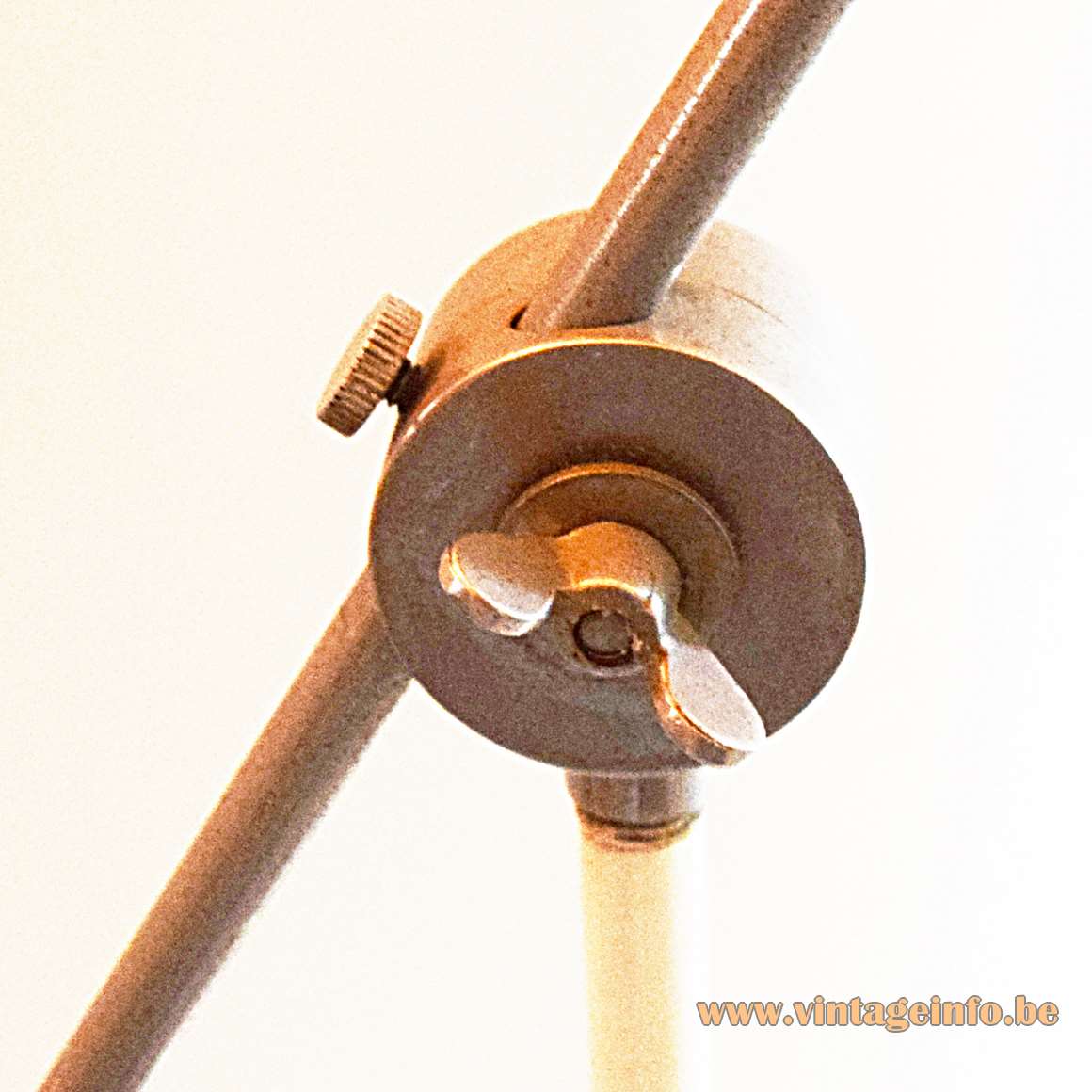 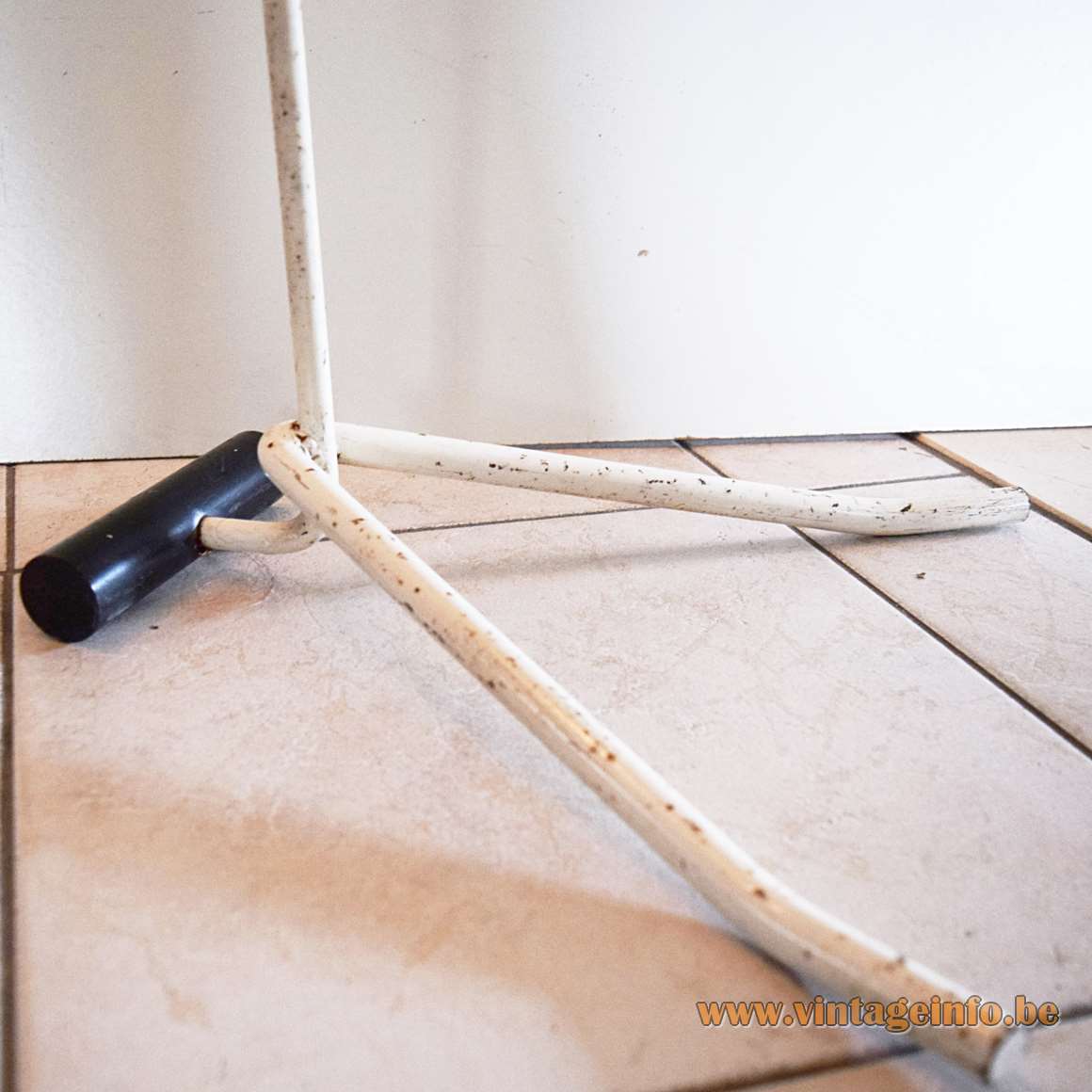 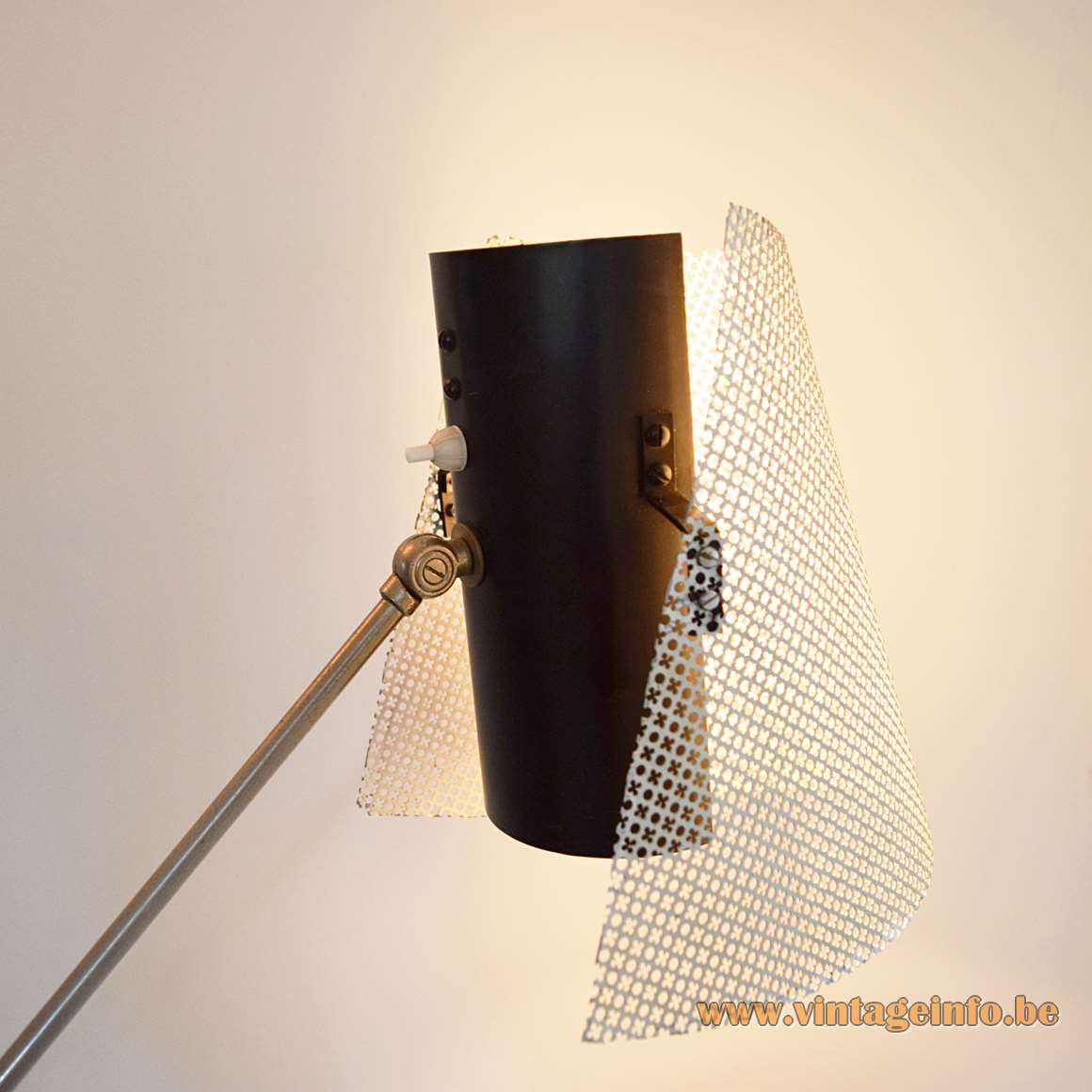 Other versions: 1950s metal floor lamp exists in a few varieties. It was at least also made with an acrylic lampshade. It is model L3.

The design of this floor lamp is very similar with a design by Vico Magistretti and Mario Tedeschi from 1946. Their floor lamp is named Clarítas.

Artiforte, not to be confused with Artifort, also a Dutch company that still exists and is best known for the seats it produces designed by the famous French designer Pierre Paulin.

The firm Artiforte was a small company based in Rotterdam and active from the 1950s until the end of the 1960s. Little is known about the company, only the beautiful lamps remain. The company also produced the St46 floor lamp and the Libra floor lamp designed by Kho Liang Ie (1927-1975), a Dutch designer with a Chinese background. He is best known for designing some of the interior of the Amsterdam Airport Schiphol.

Many thanks to Thomas from 1000 Designs for lending the lamp.
Many thanks to Hans from Ztijl Design for all the help and the catalogue picture.