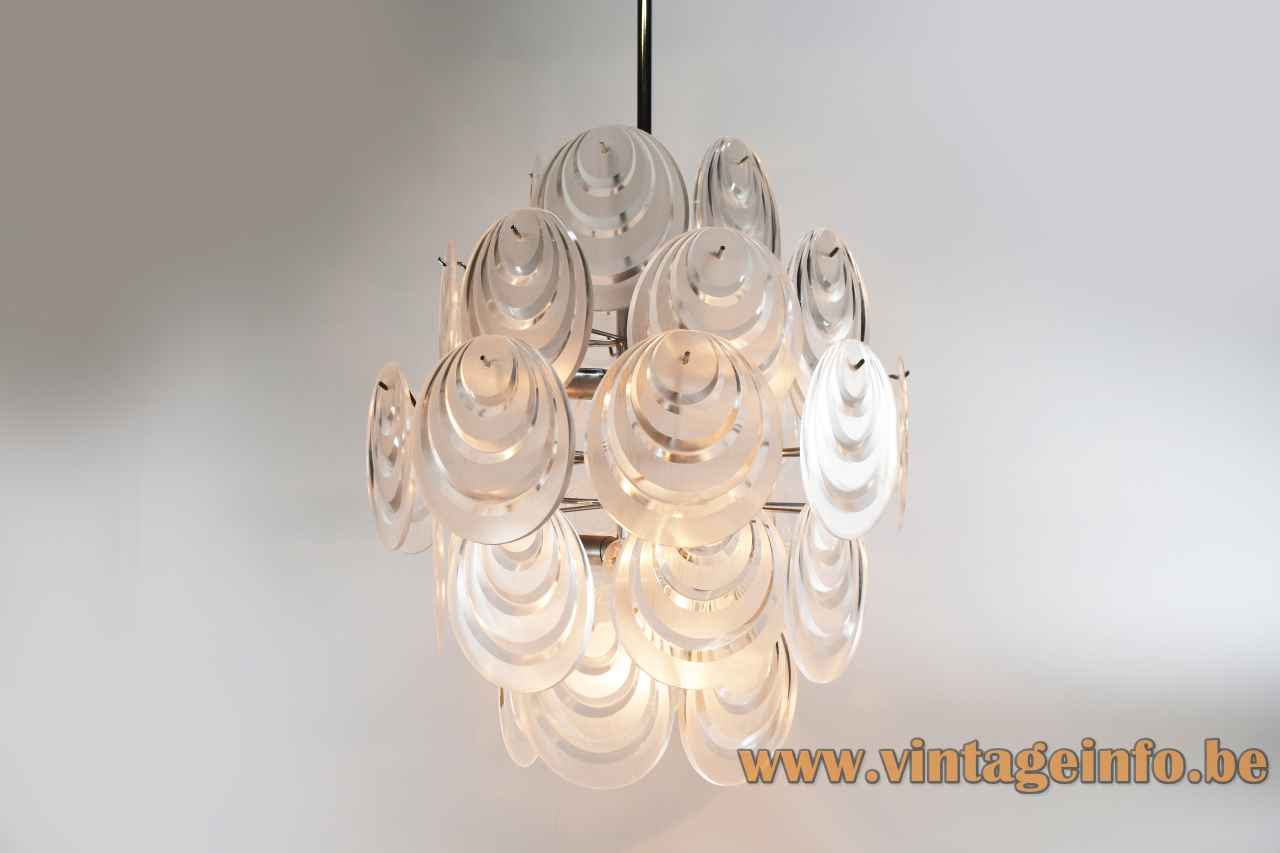 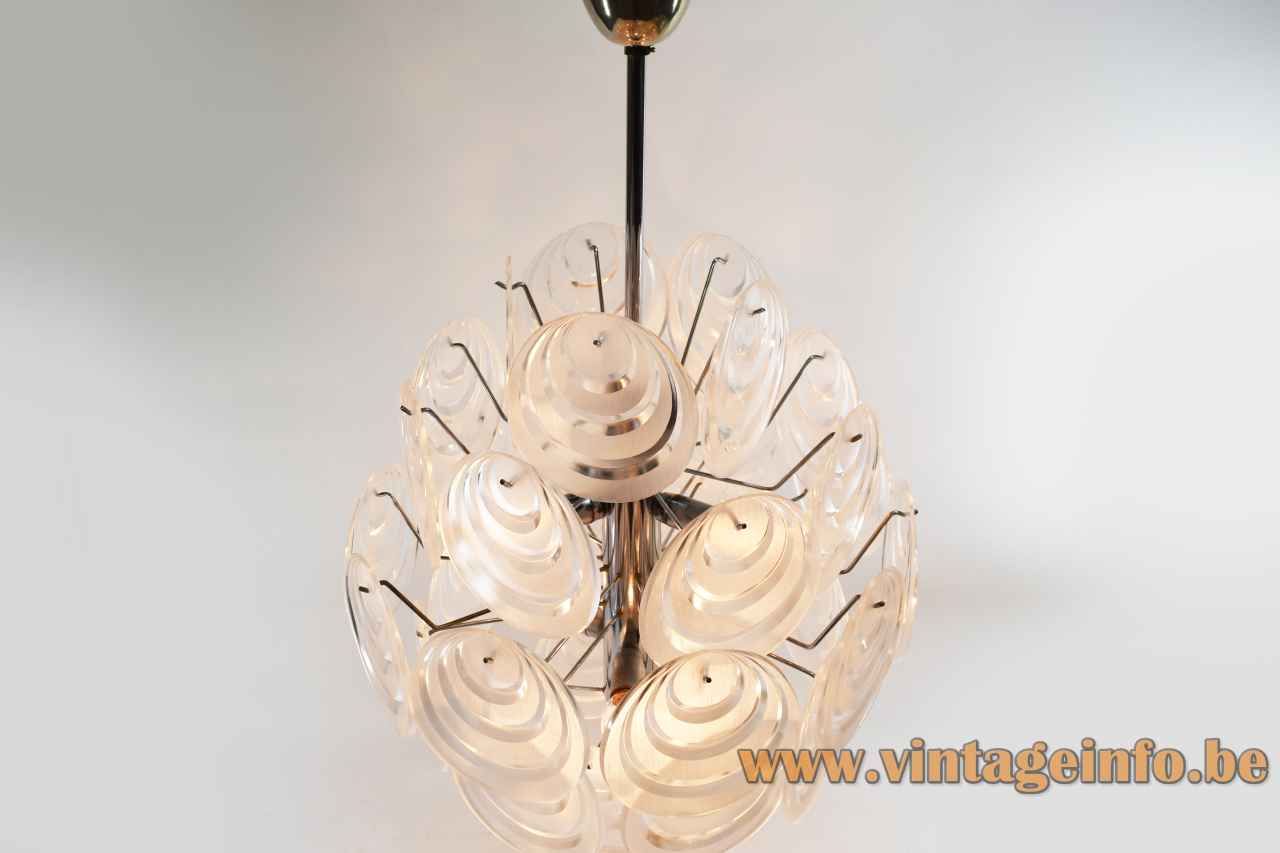 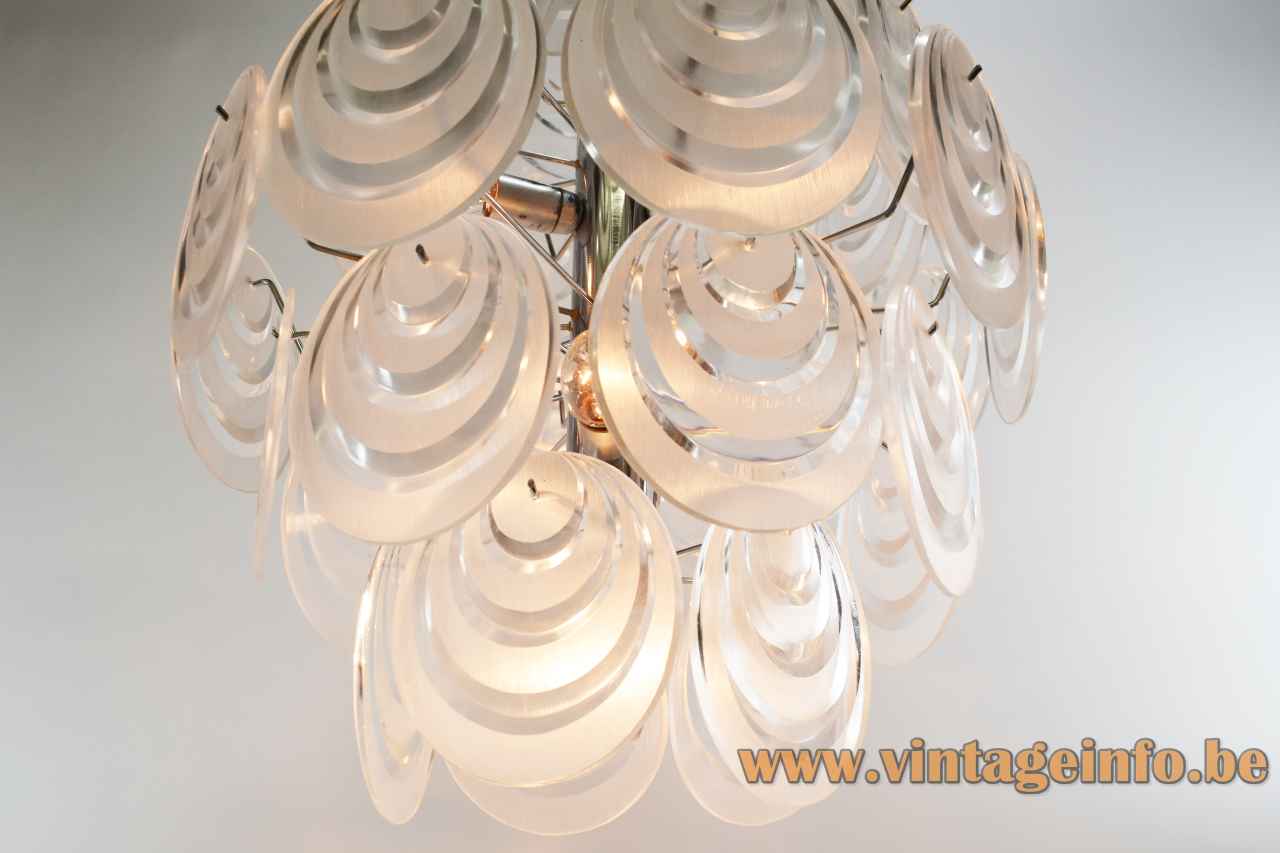 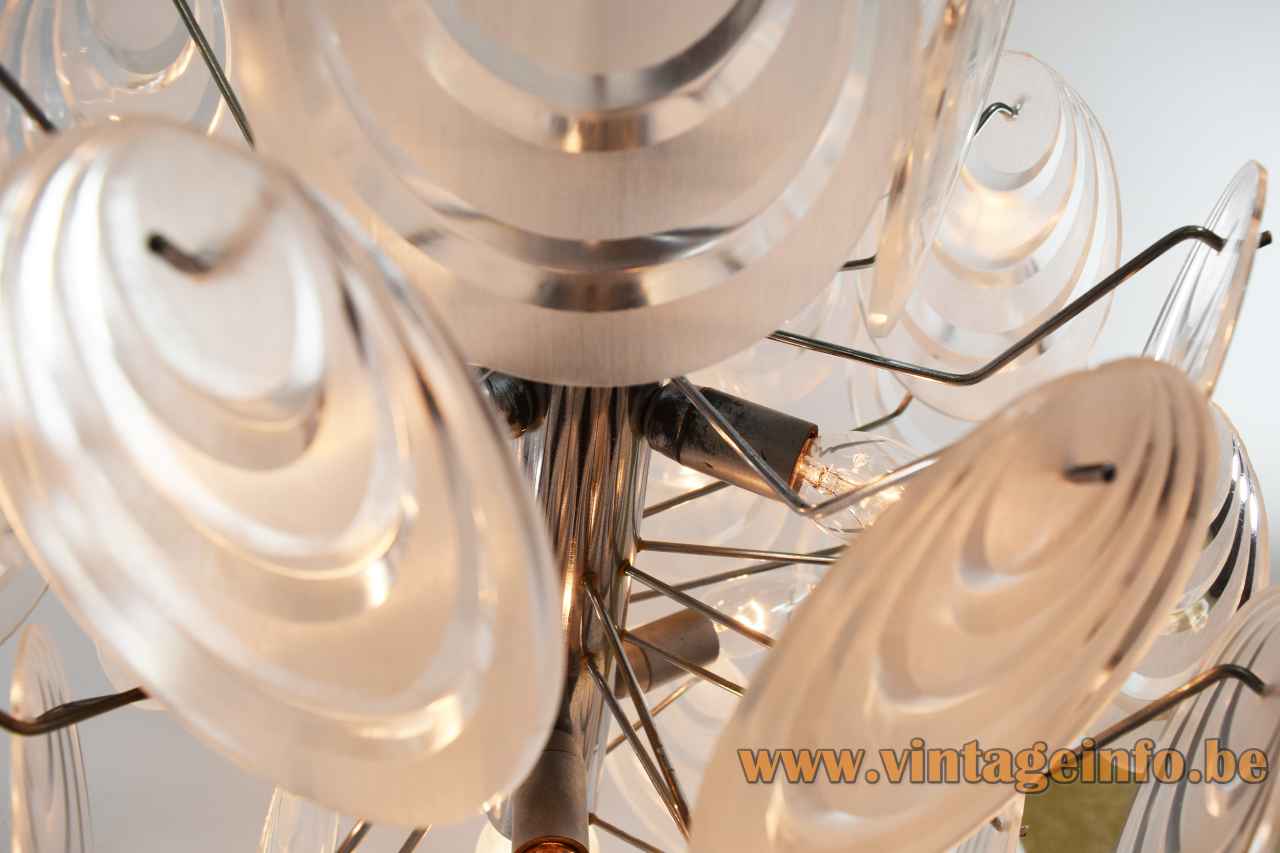 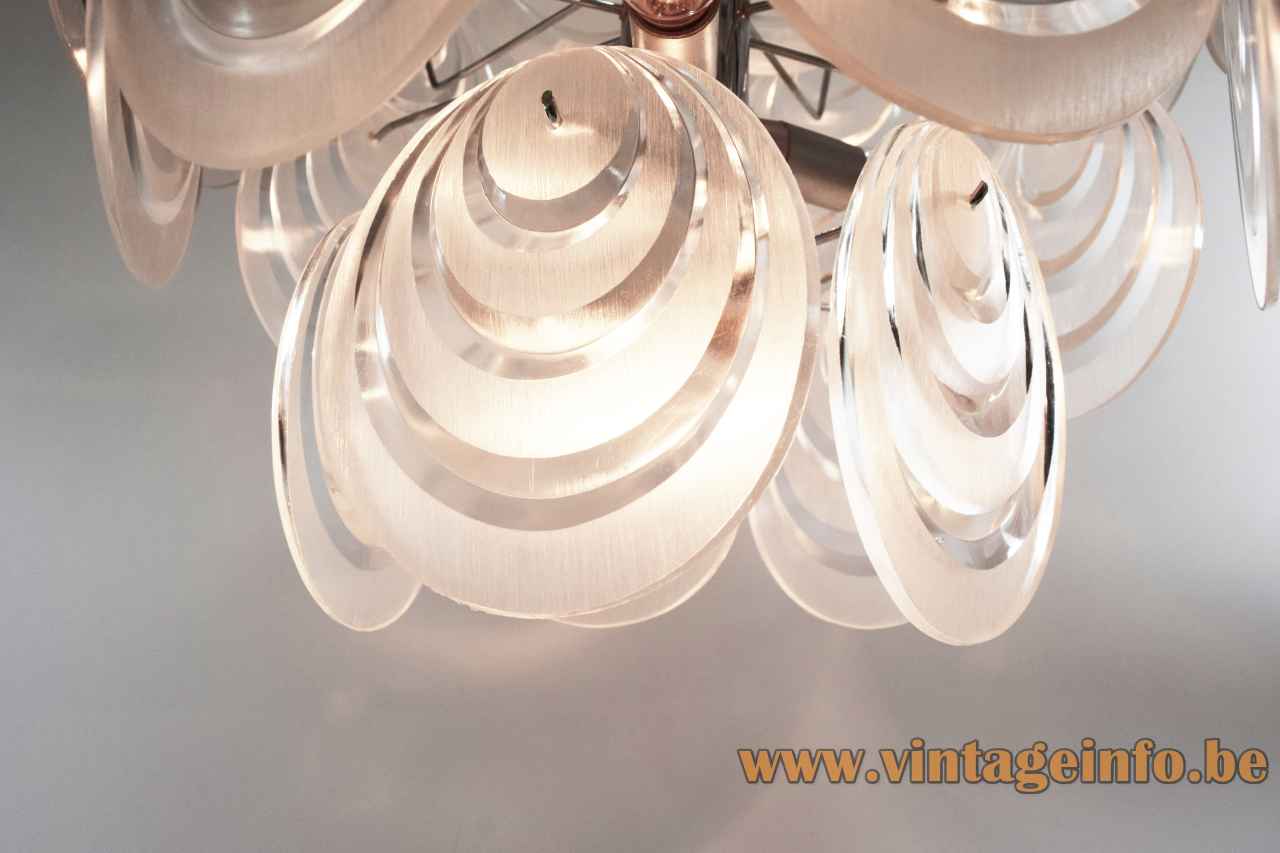 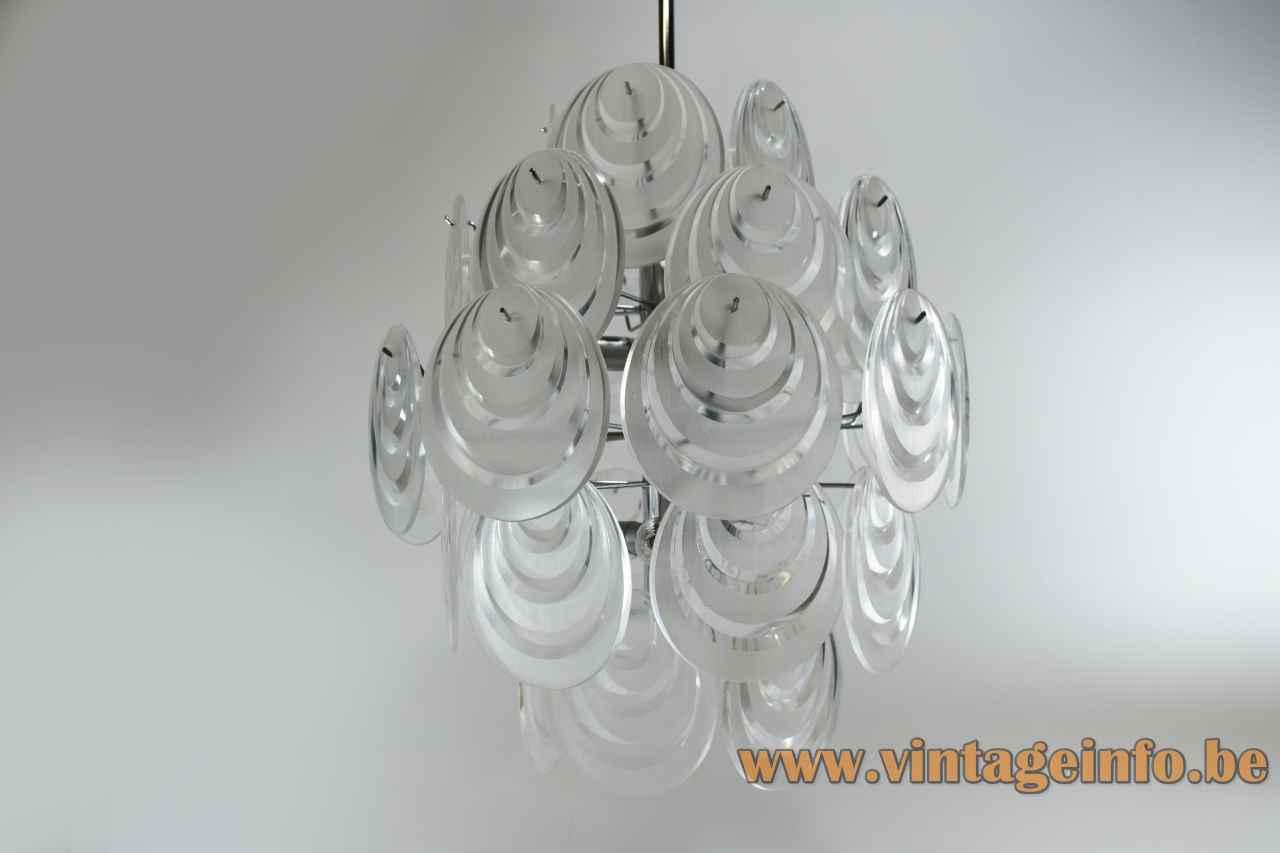 Other versions: This Aro Leuchte plastic discs chandelier was made in many variations. More or less discs, bigger or smaller frames. Made in many colours and many designs. All made of acrylic. This design exists in round and oval discs.

Inspired, to say the least, by the famous crystal glass discs chandeliers that were produced on the Venetian island Murano in Italy in the 50s, 60s and 70s by several companies, but the most were made by AV Mazzega, after a design by Carlo Nason.

In Germany you sometimes find these lamps with a sticker inside the canopy of Bartmann, Berlin. It is not a label, only a shop who sold lighting made by Aro Leuchte. The Bartmann company still exists.


Aro-Leuchten GmbH was founded in 1969 as a family business. It ended business in 2006. Not much to be found about the company. Today, the website is offline. The url was www.aro-leuchten.de. Mister Matthias Arnold was the last managing director.

Similar, but round acrylic discs chandelier