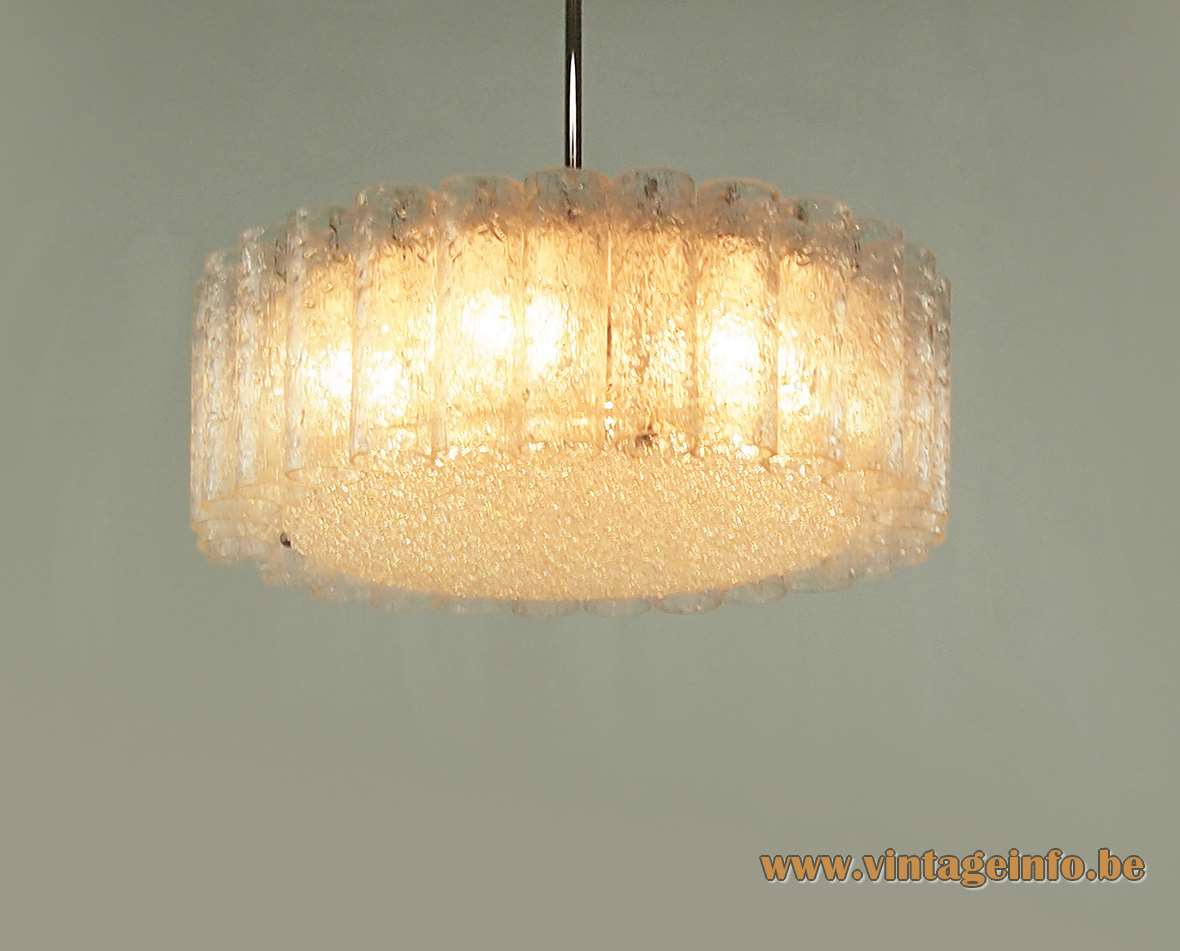 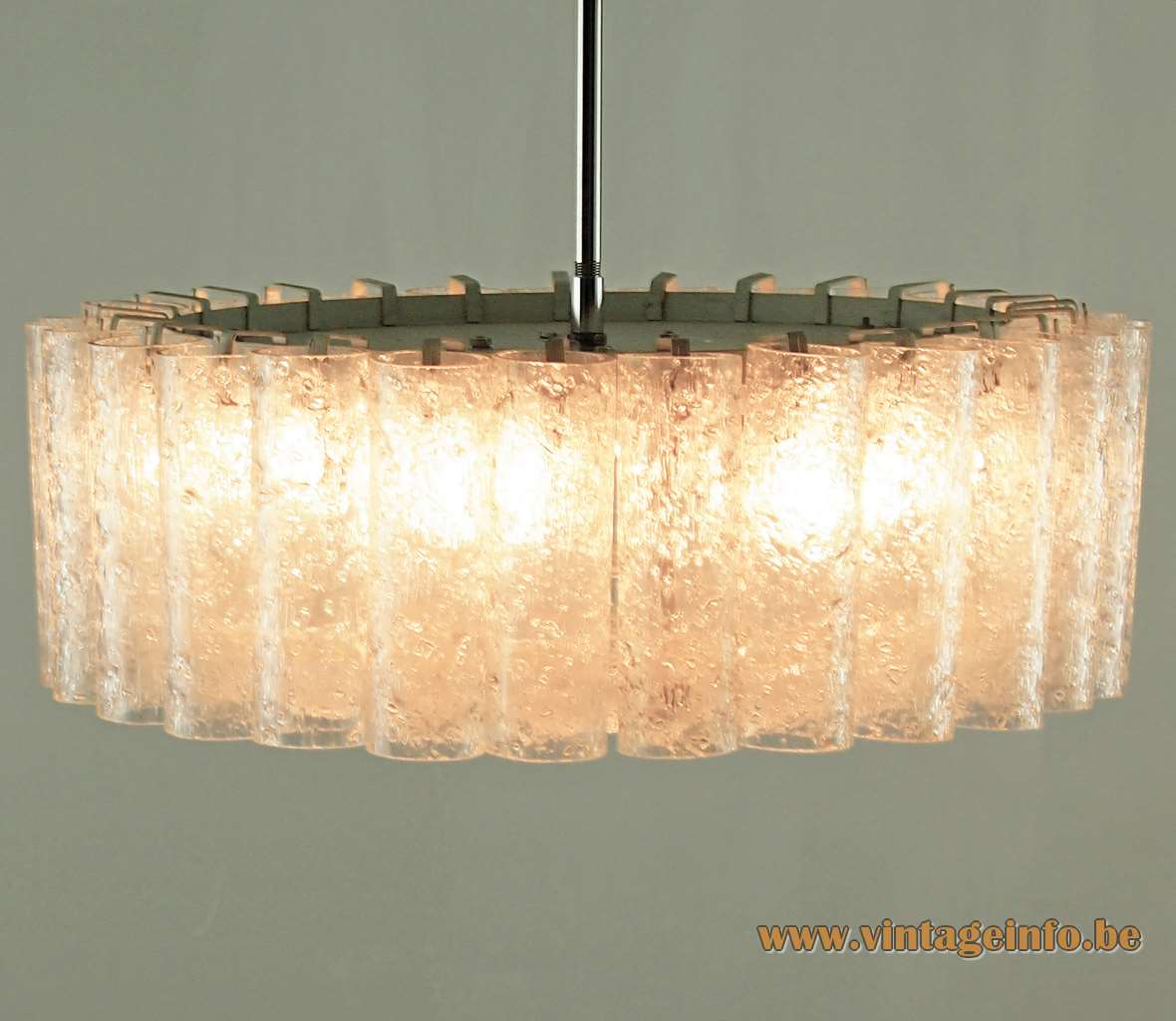 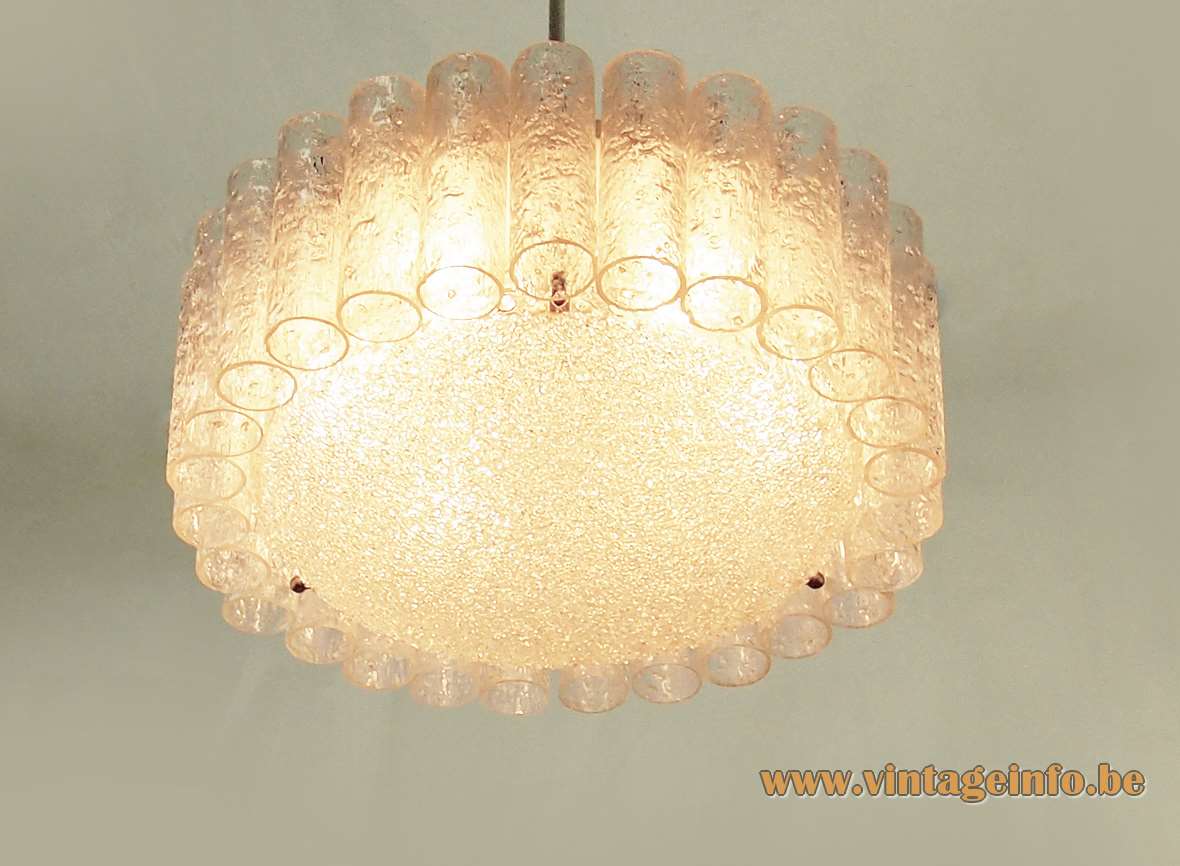 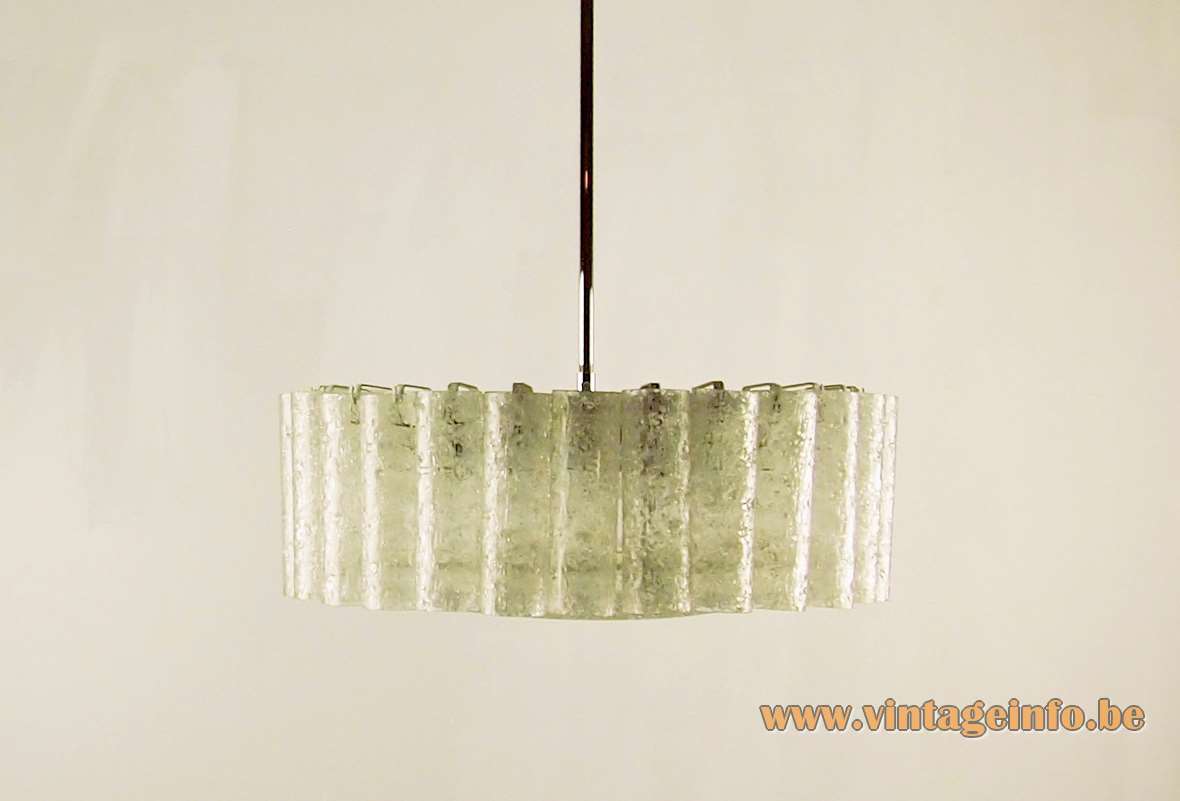 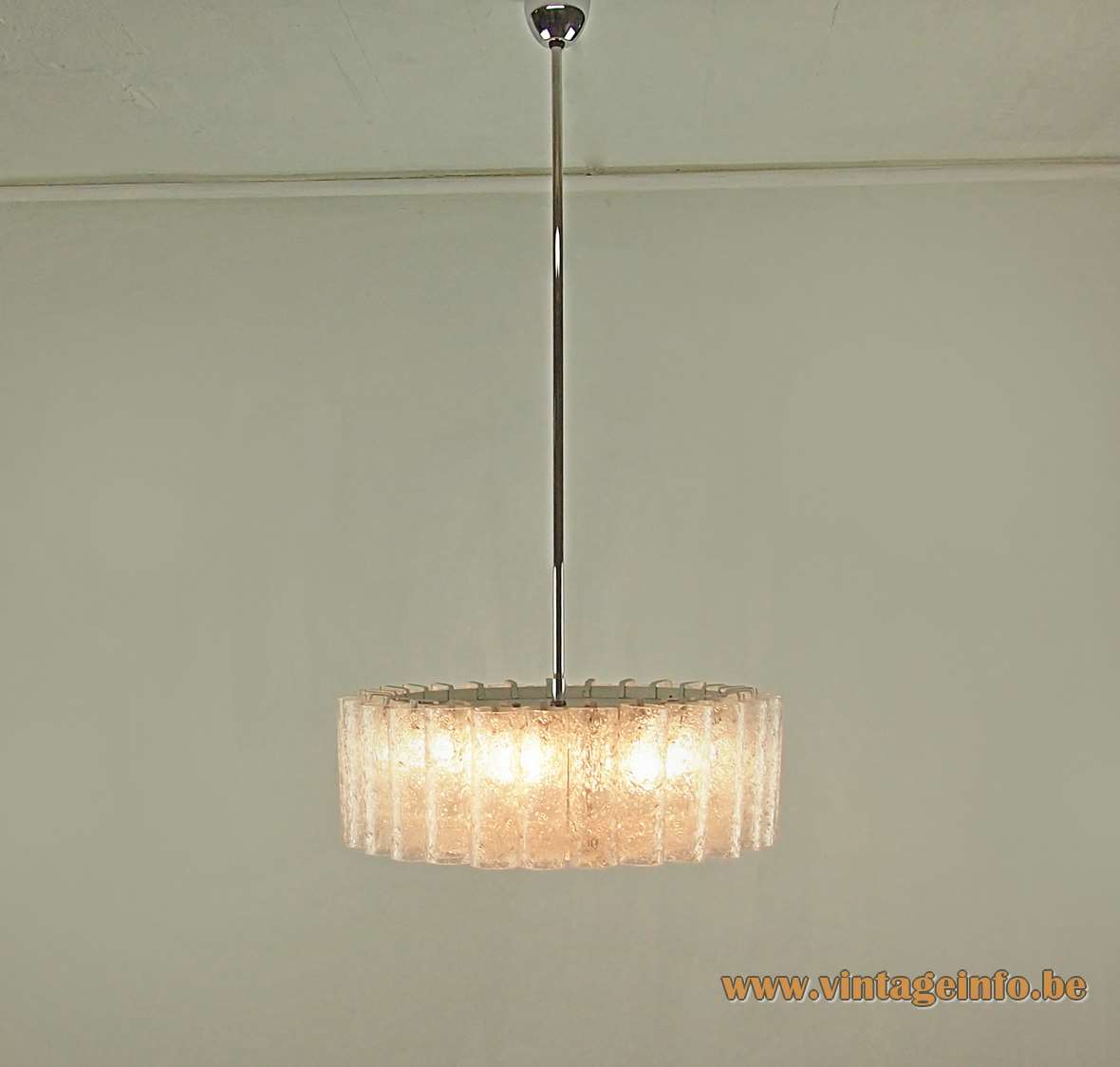 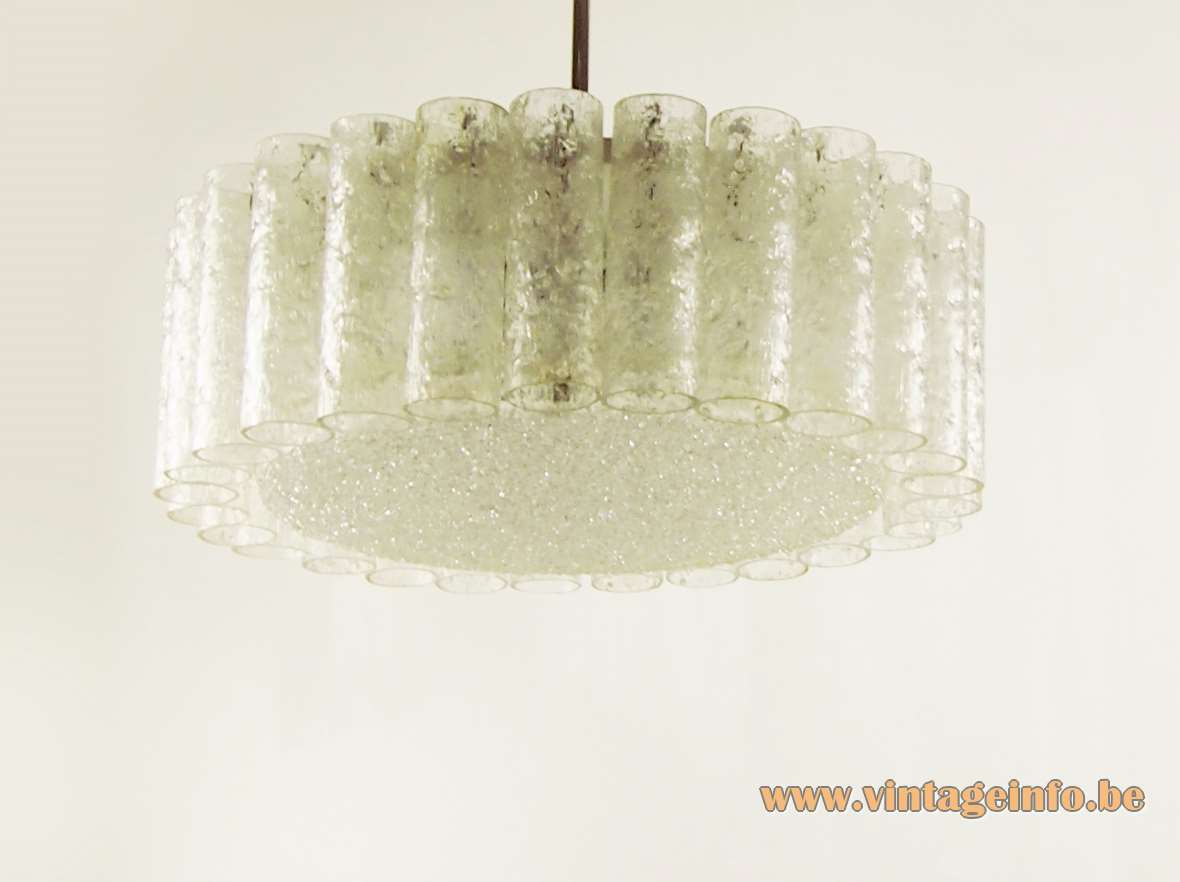 Other versions: This 1960s DORIA glass tubes chandelier was made in many forms and sizes. Also made as flush mount and wall lamp. These type of chandeliers were produced from the sixties until the 1980s. Slight variations in the glass. Versions were made with gold flakes inside the glass and some other variations. This version has the big disc hanging on the frame. Most of the time the disc is screwed in the middle with a big ornamental screw.

A similar but bigger chandelier received an iF-Design Award in 1968, discipline: product.