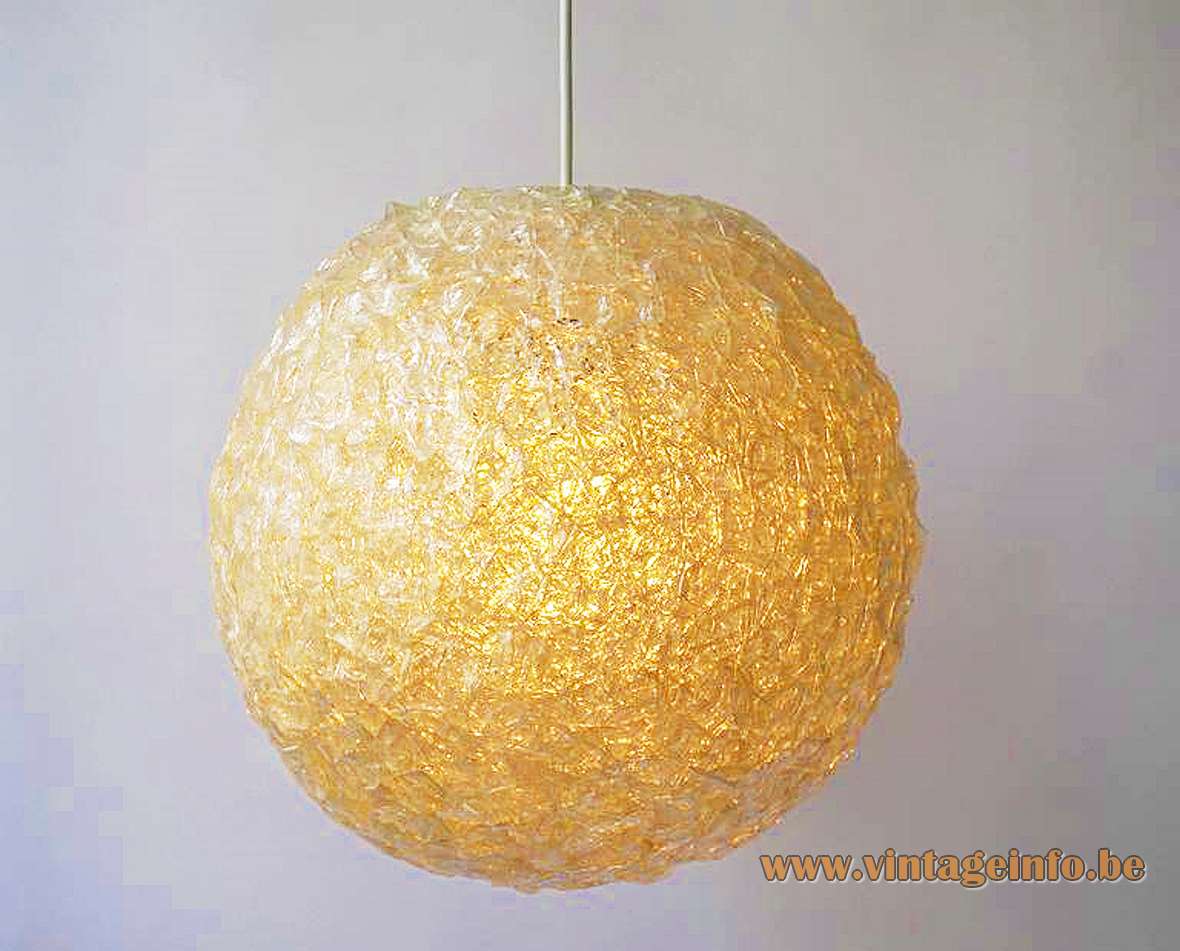 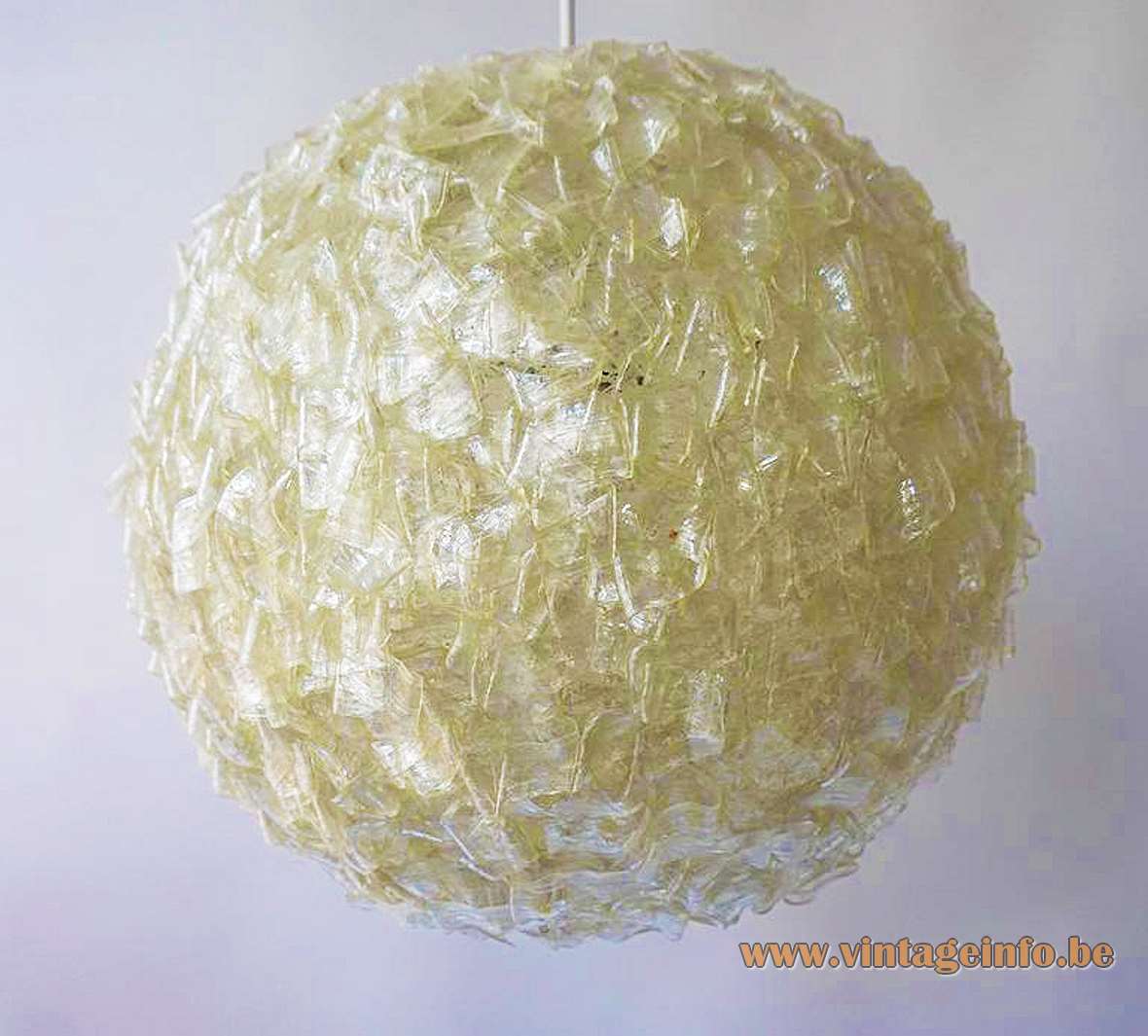 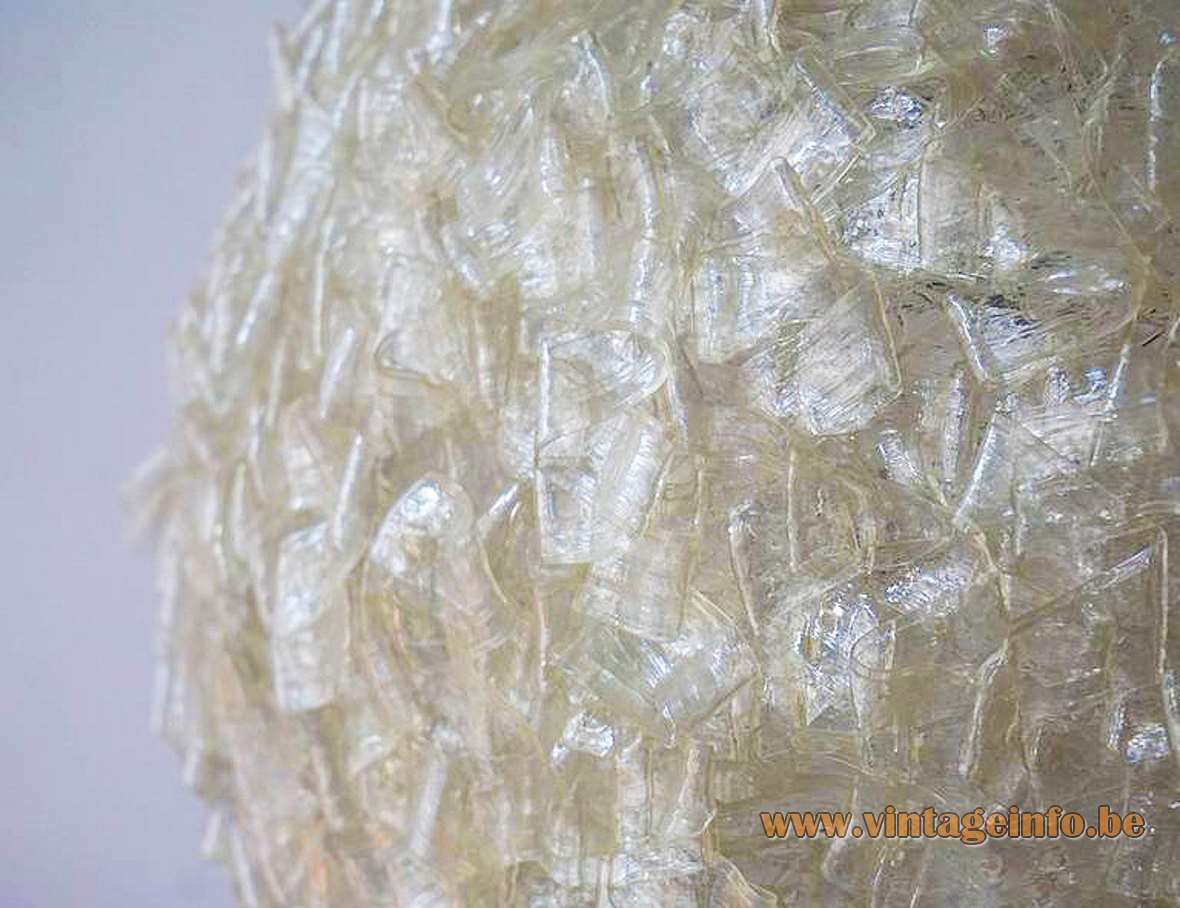 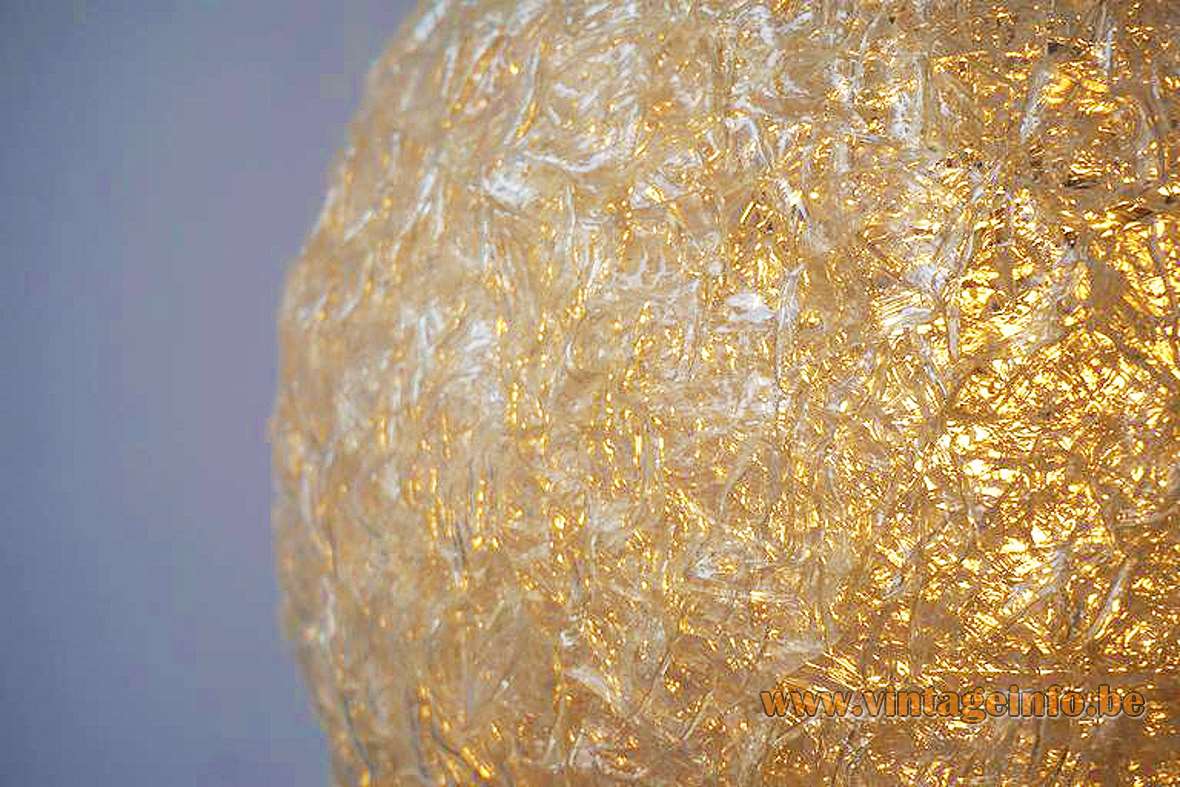 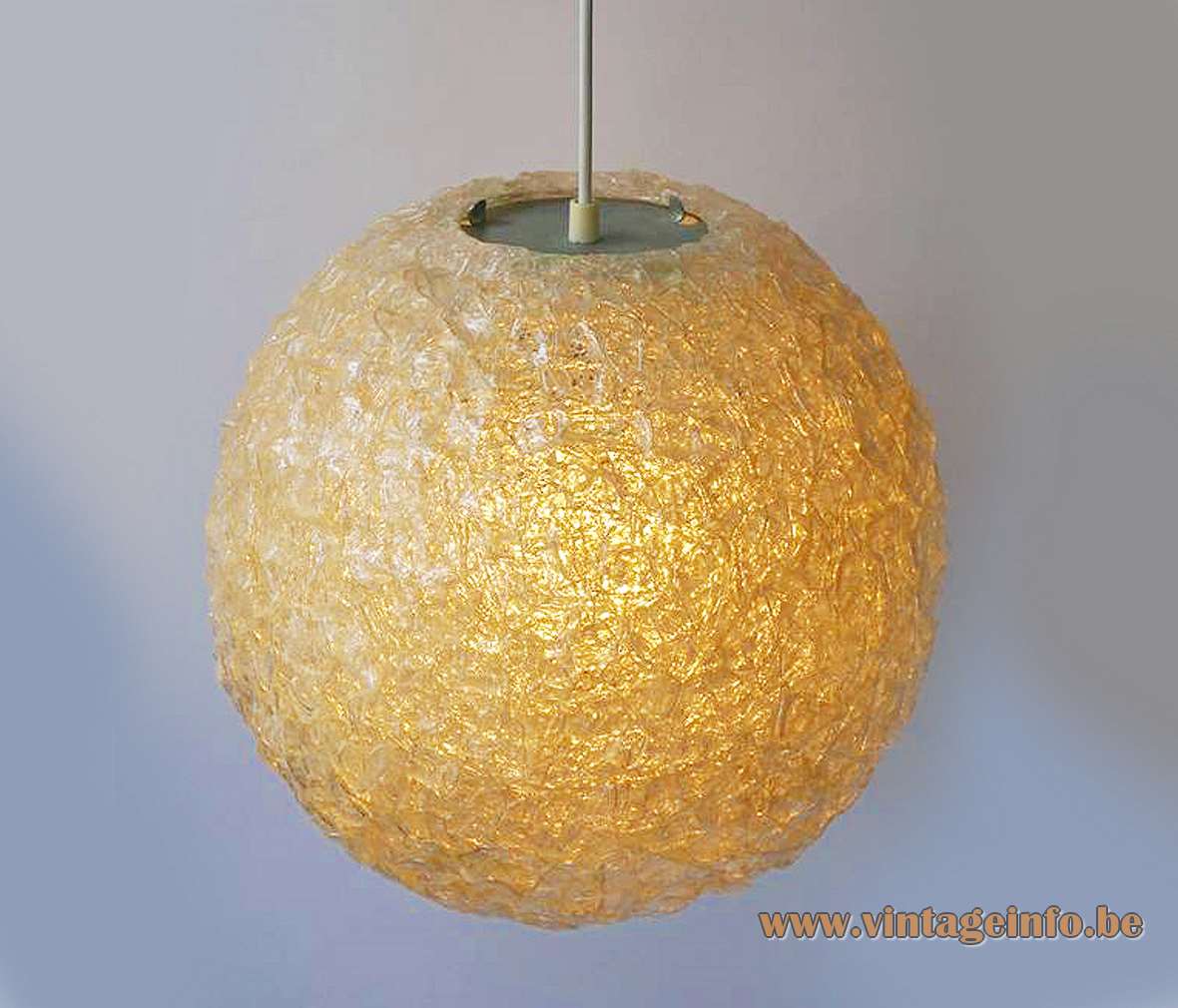 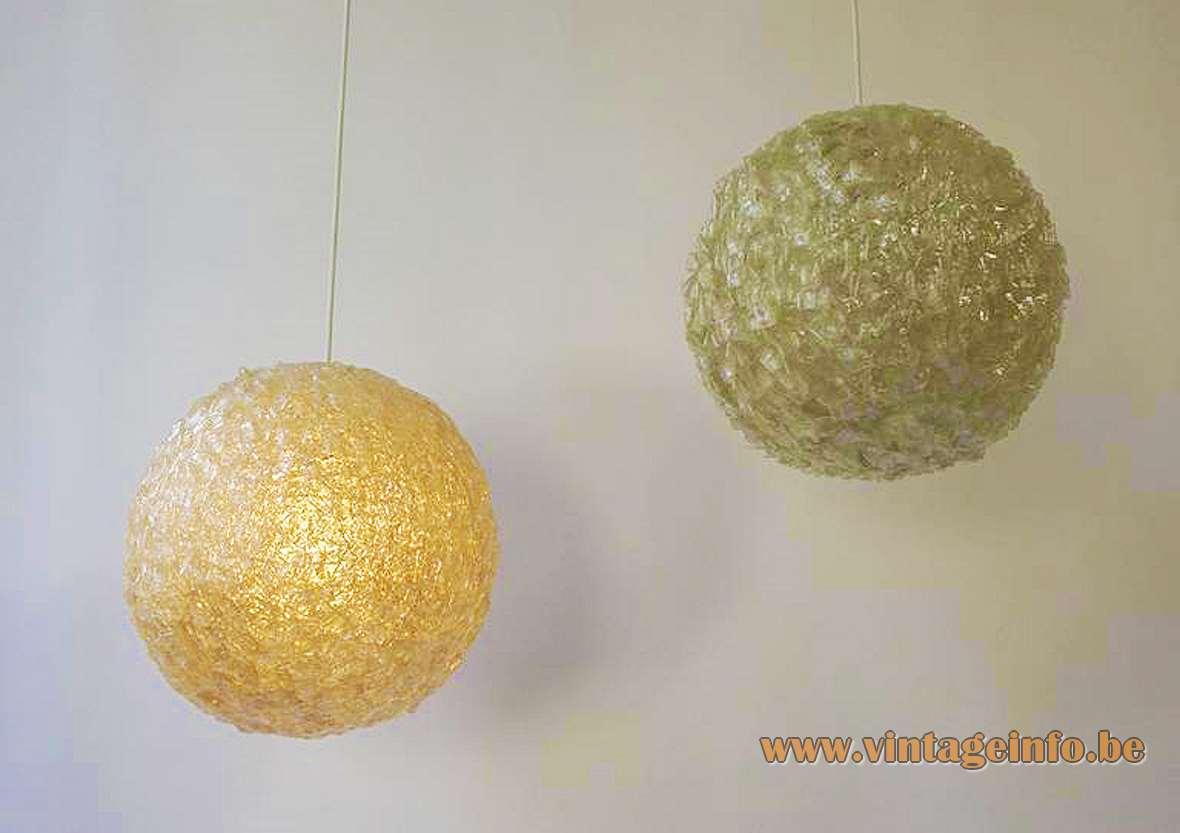 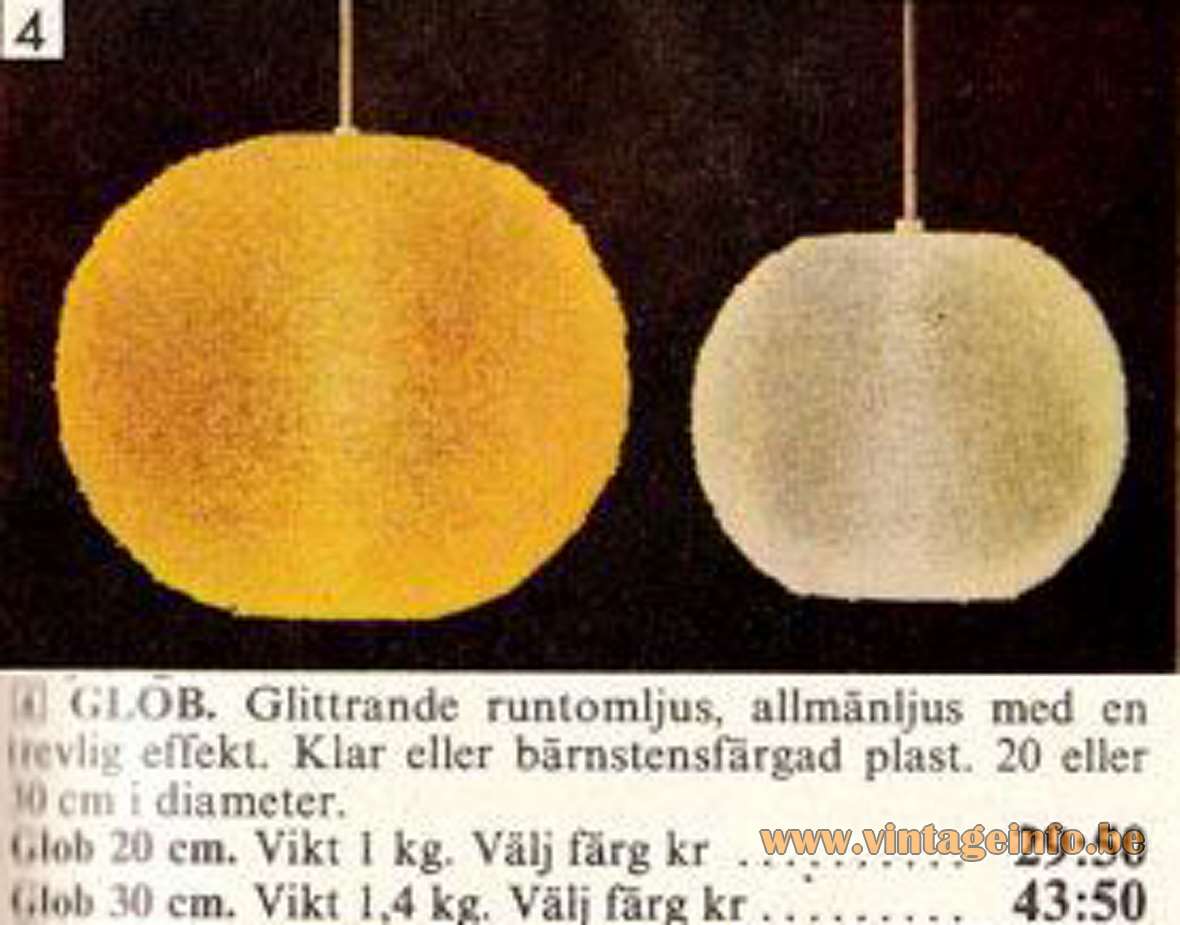 Many thanks to Frank from Flowermountain.be for the photos of the lamp and the enthusiasm.

Many thanks to Chad for the Satellites pub.

Other versions: This Ribbon globe swag lamp exists in several colours and models. These spheres are often named chunky lamp.

John & Sylvia Reid were two of the most well known consultant designers for the lighting manufacturers Rotaflex. They are famous for their Metallux, Interplay, Honeycombs, Fernland Cylinders, Sphere lamp designs and many more. They also designed many of this type of plastic lamps. The spun sugar globe lamp, as you can see that were also sold by IKEA, were named Sphere.

In the USA they were produced and sold by, among others: Heifetz, Lightolier, Plasto MFG. Co. and Verplex. 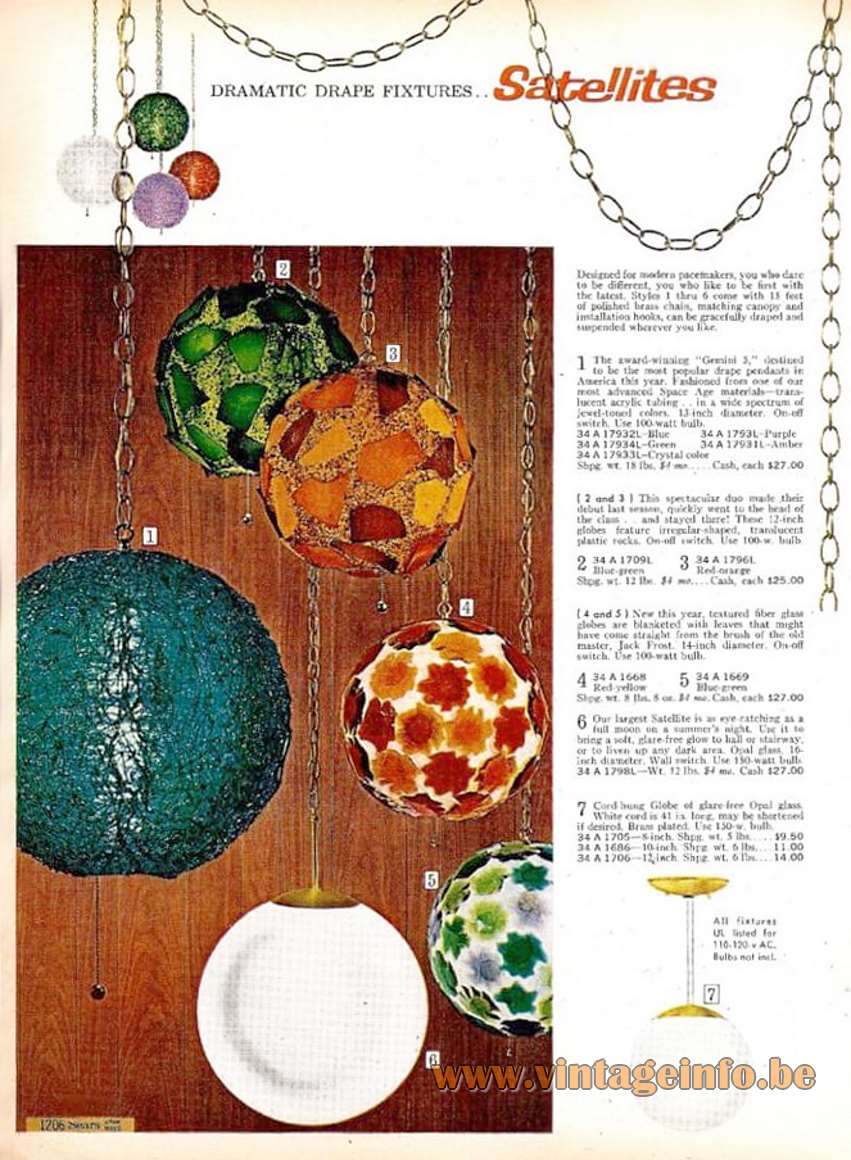 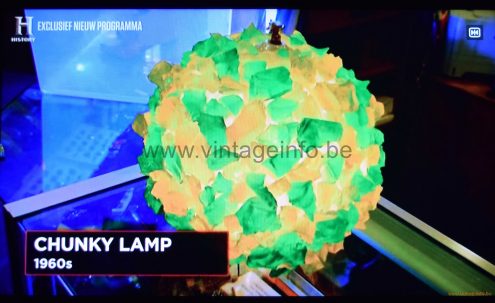