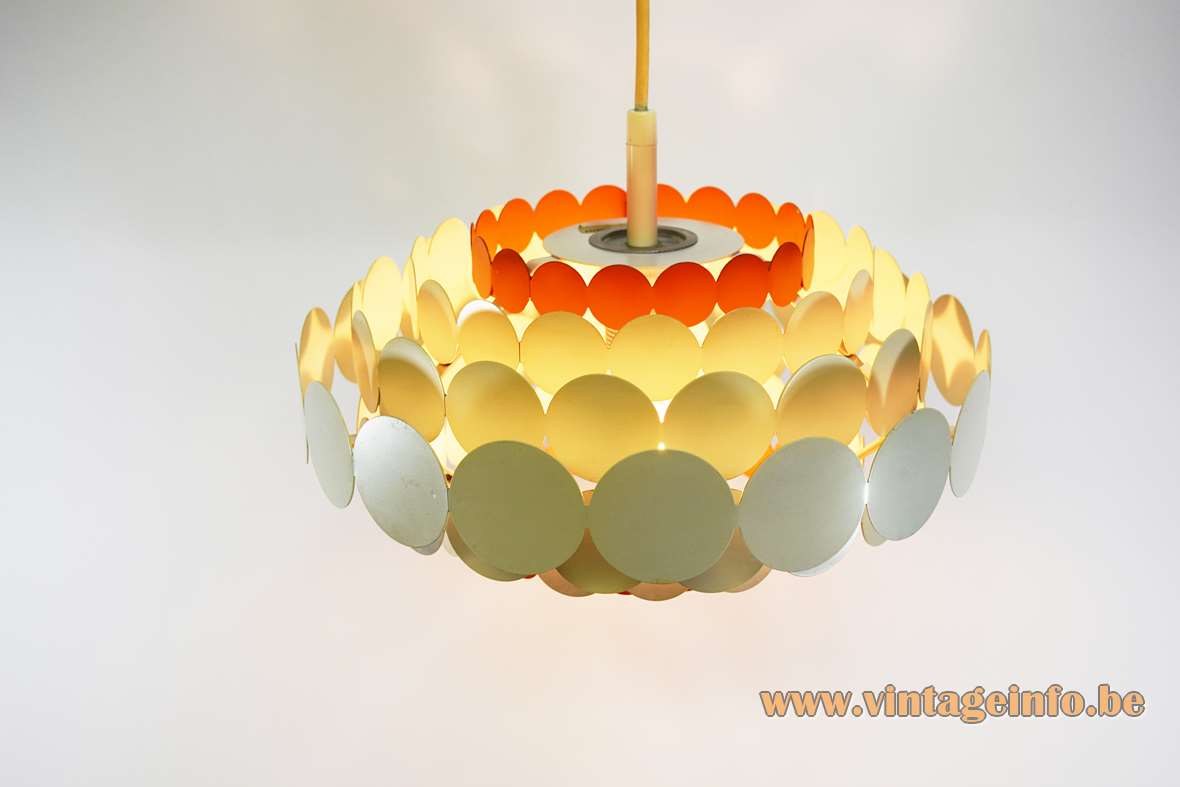 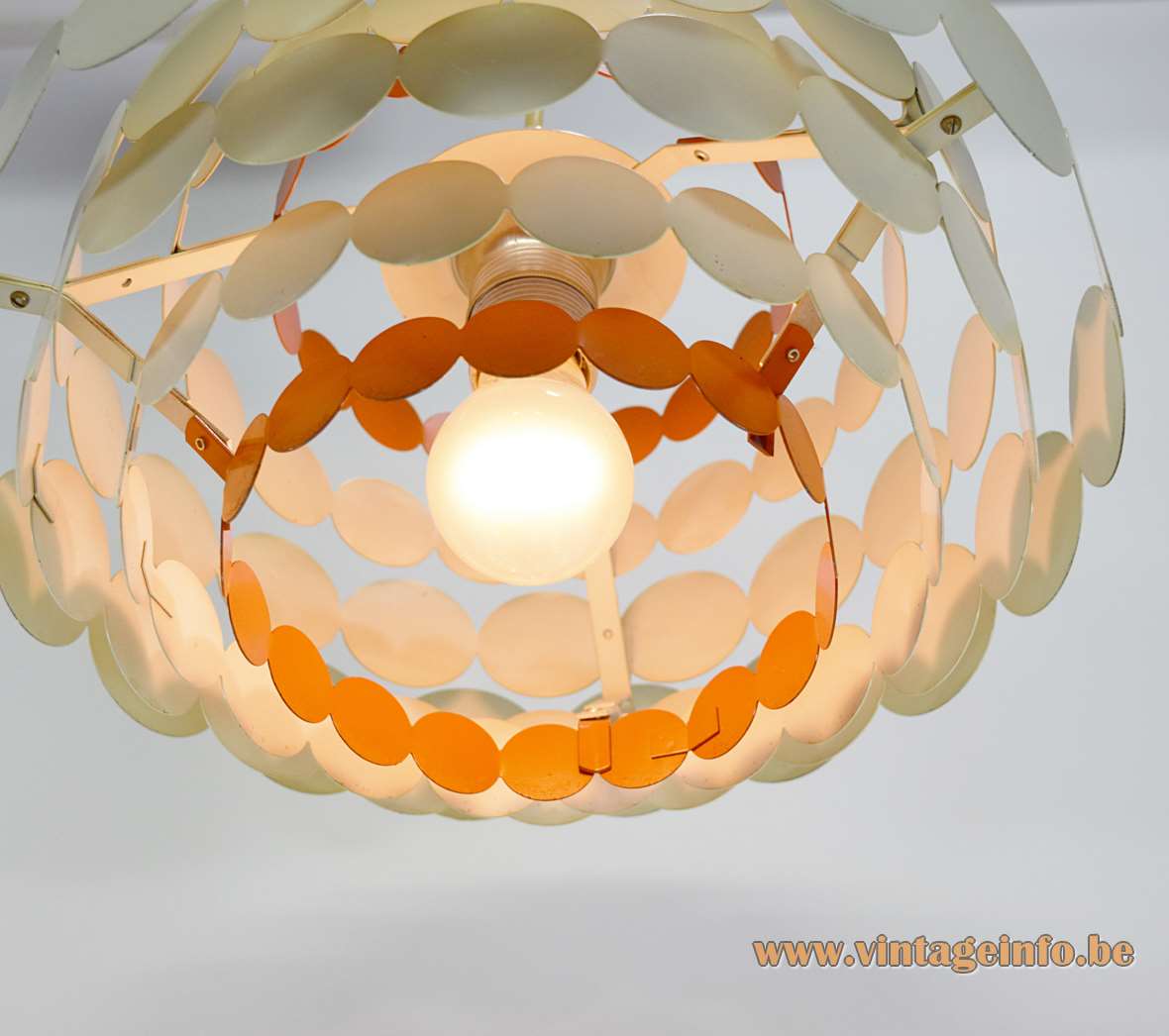 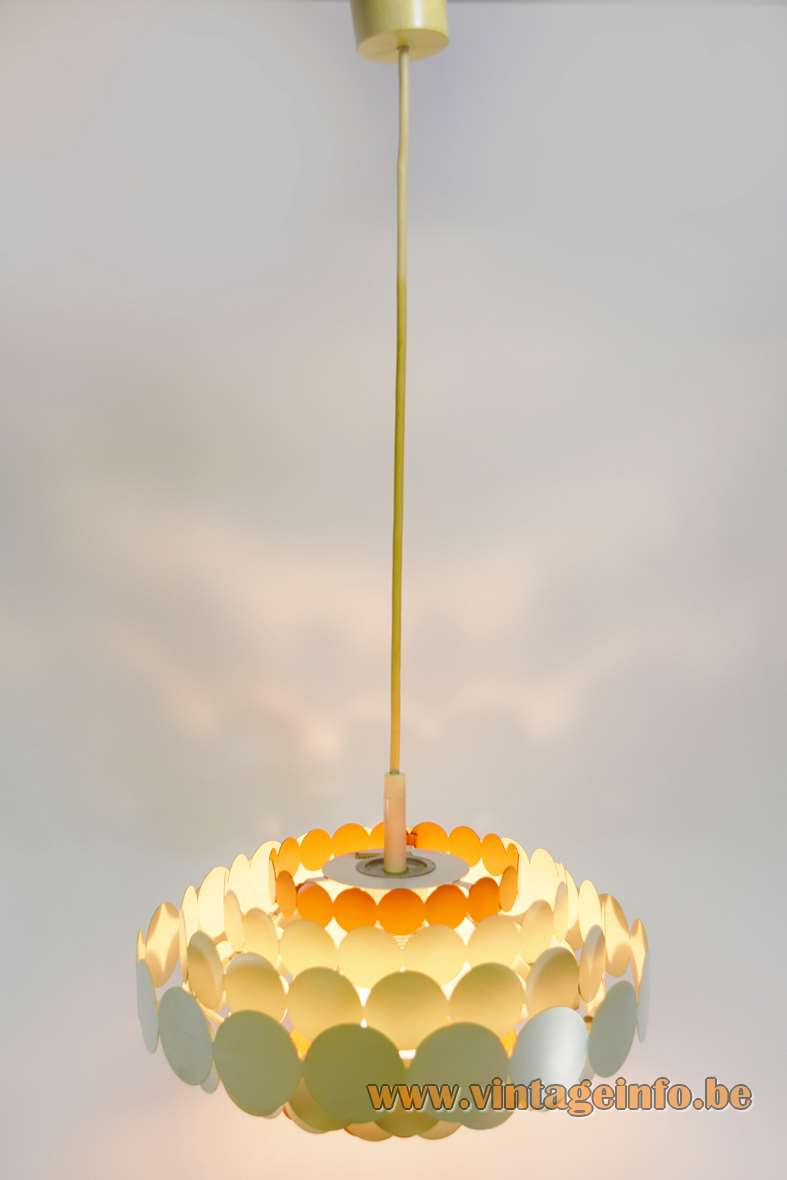 Many thanks to Frank from Flowermountain.be for the pictures and the enthusiasm. Many thanks to Dave for the additional picture of the pendant lamp and wall lamp.

Other versions: This DORIA metal pendant lamp was made in many forms, colours and sizes. Also made as a flush mount and a wall lamp. Some models were produced with an opal glass diffuser, as you can see below. 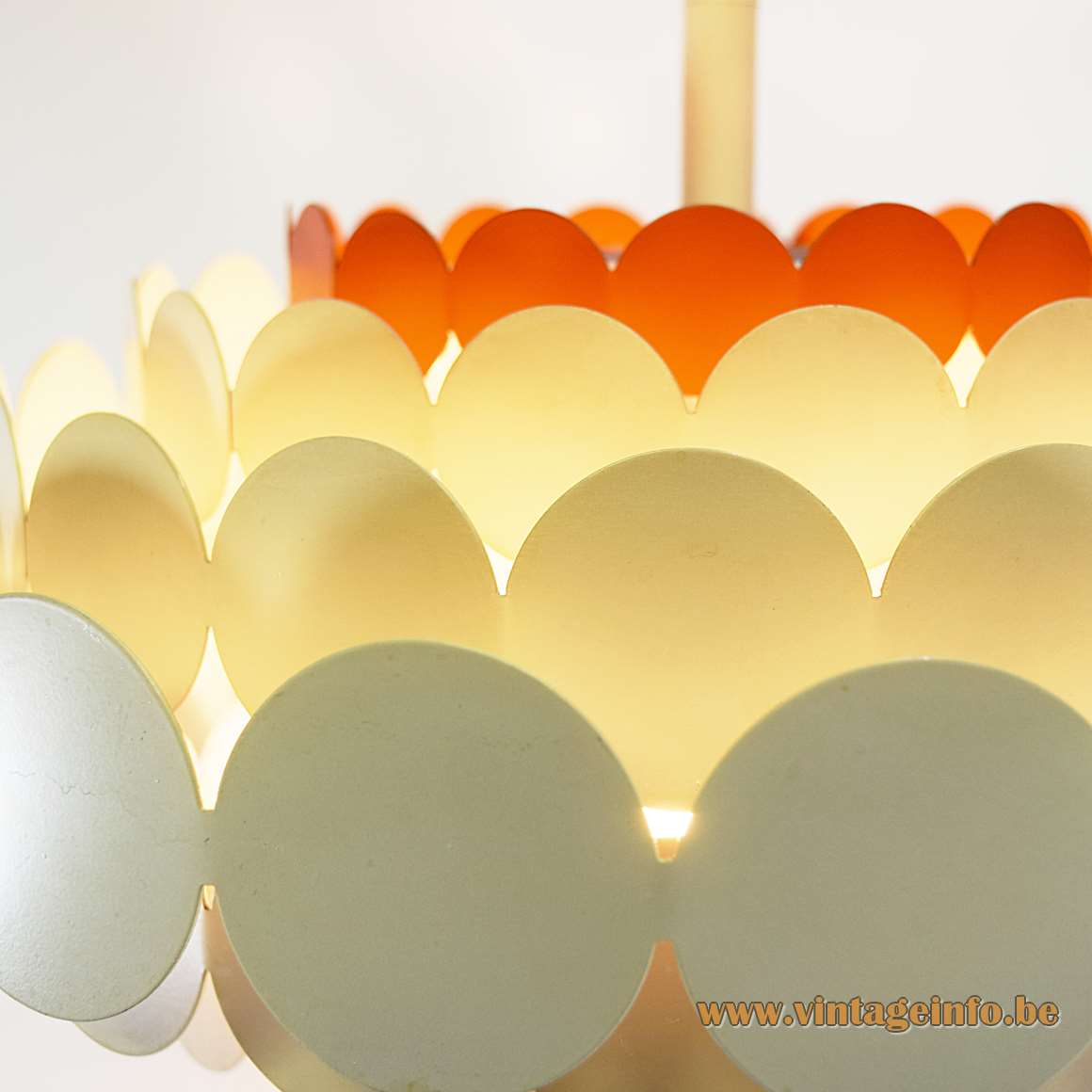 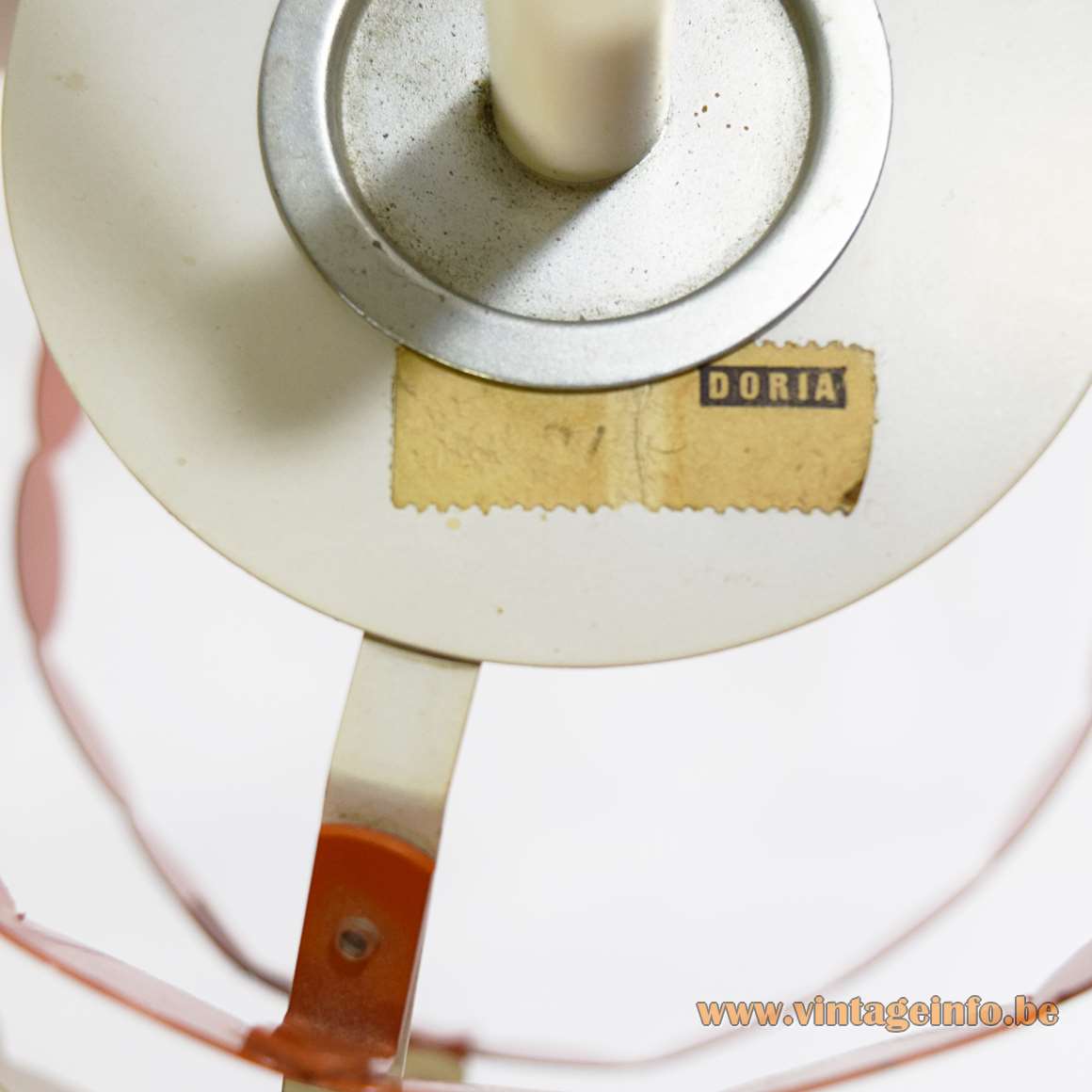 Two other models of this metal pendant lamp, a black & white one and a model with white opal glass and olive green painted metal.