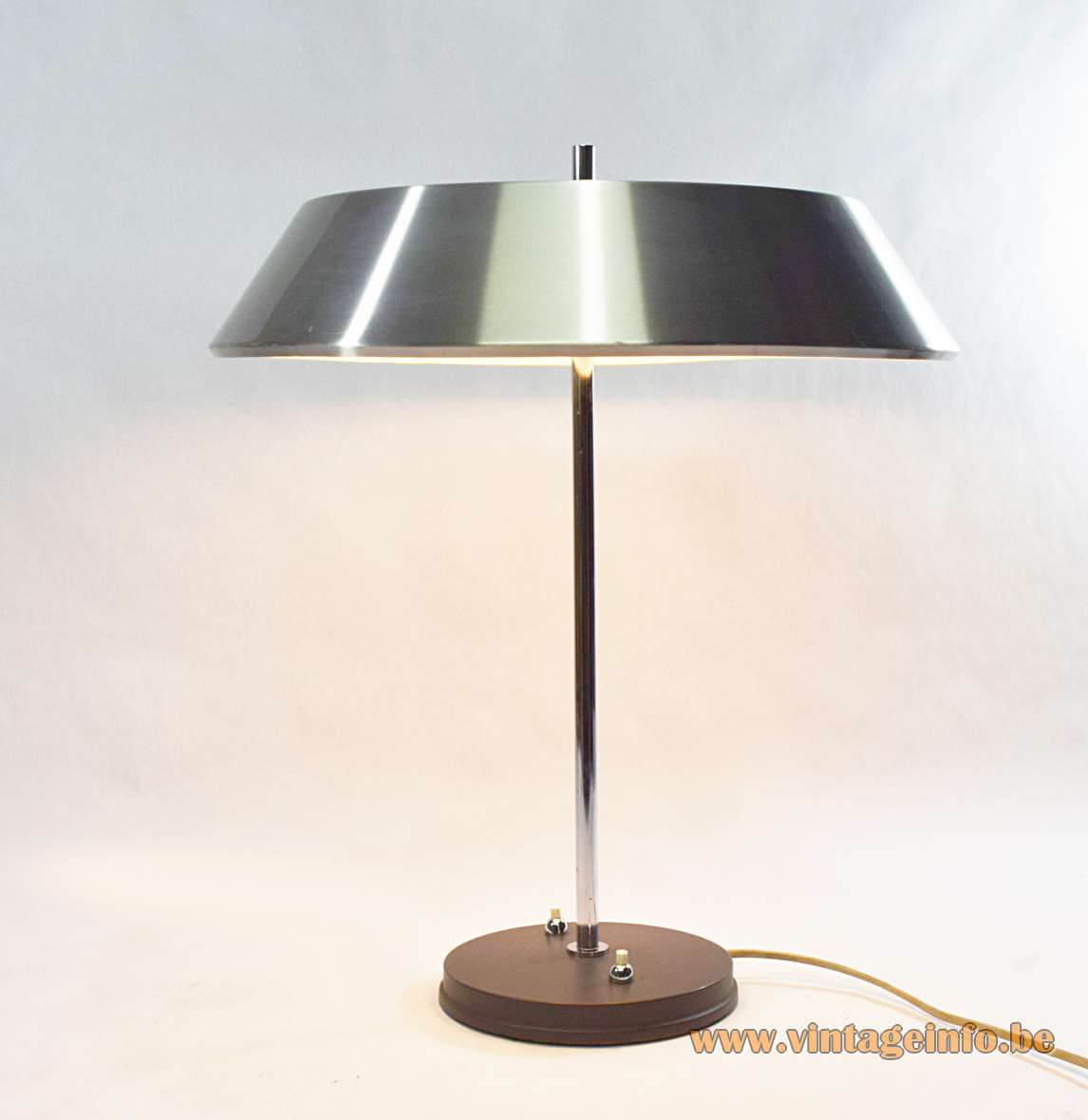 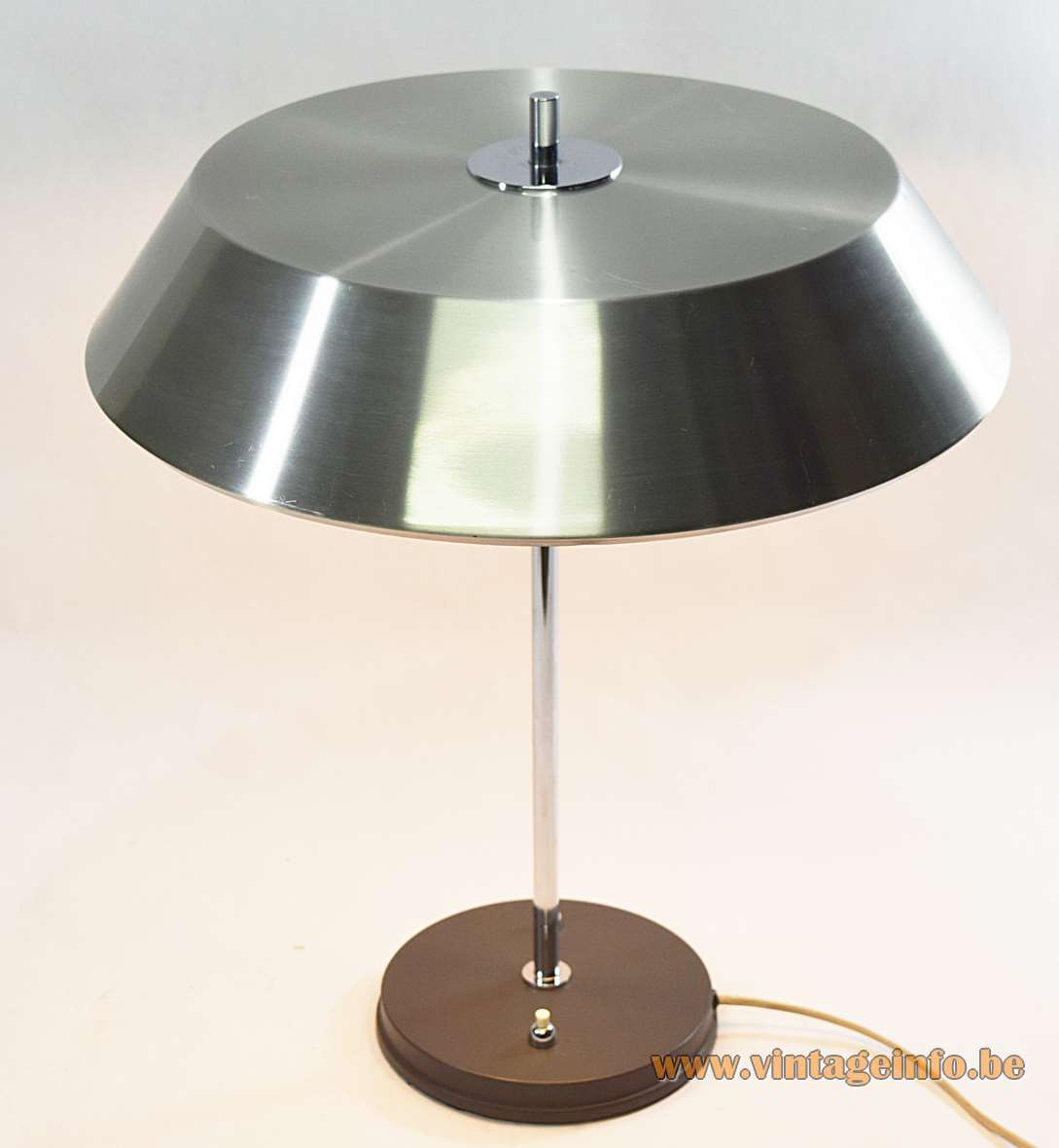 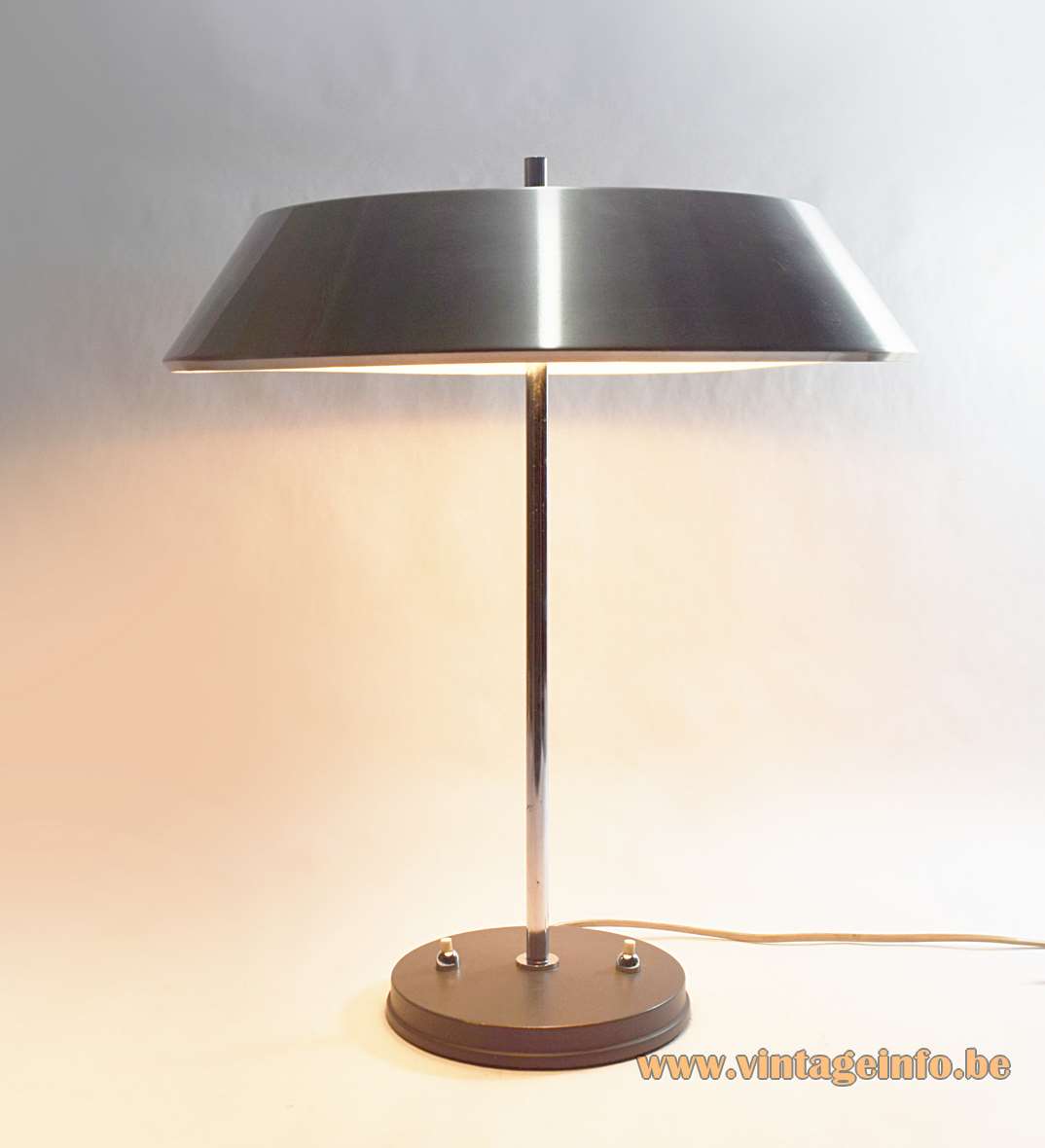 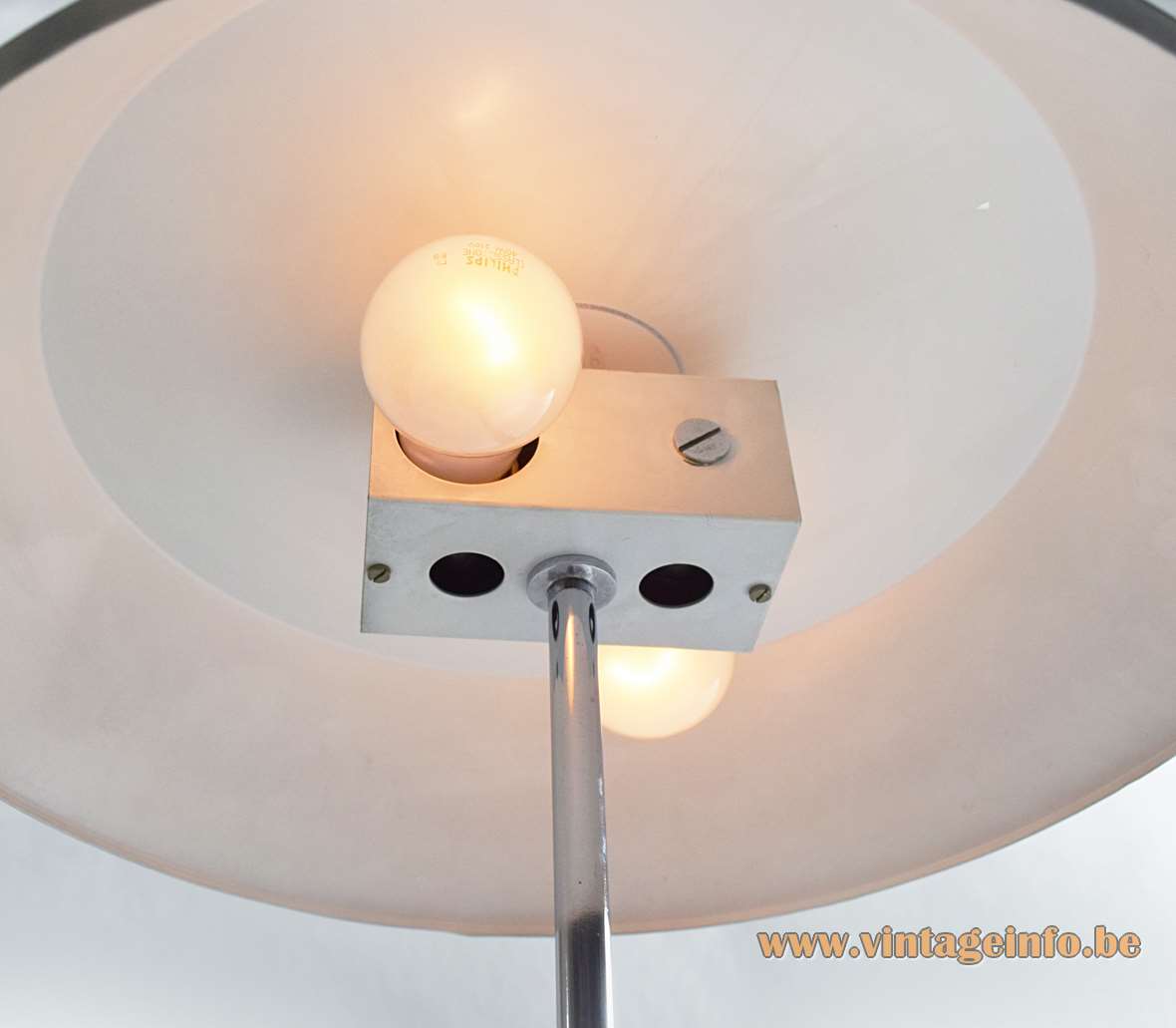 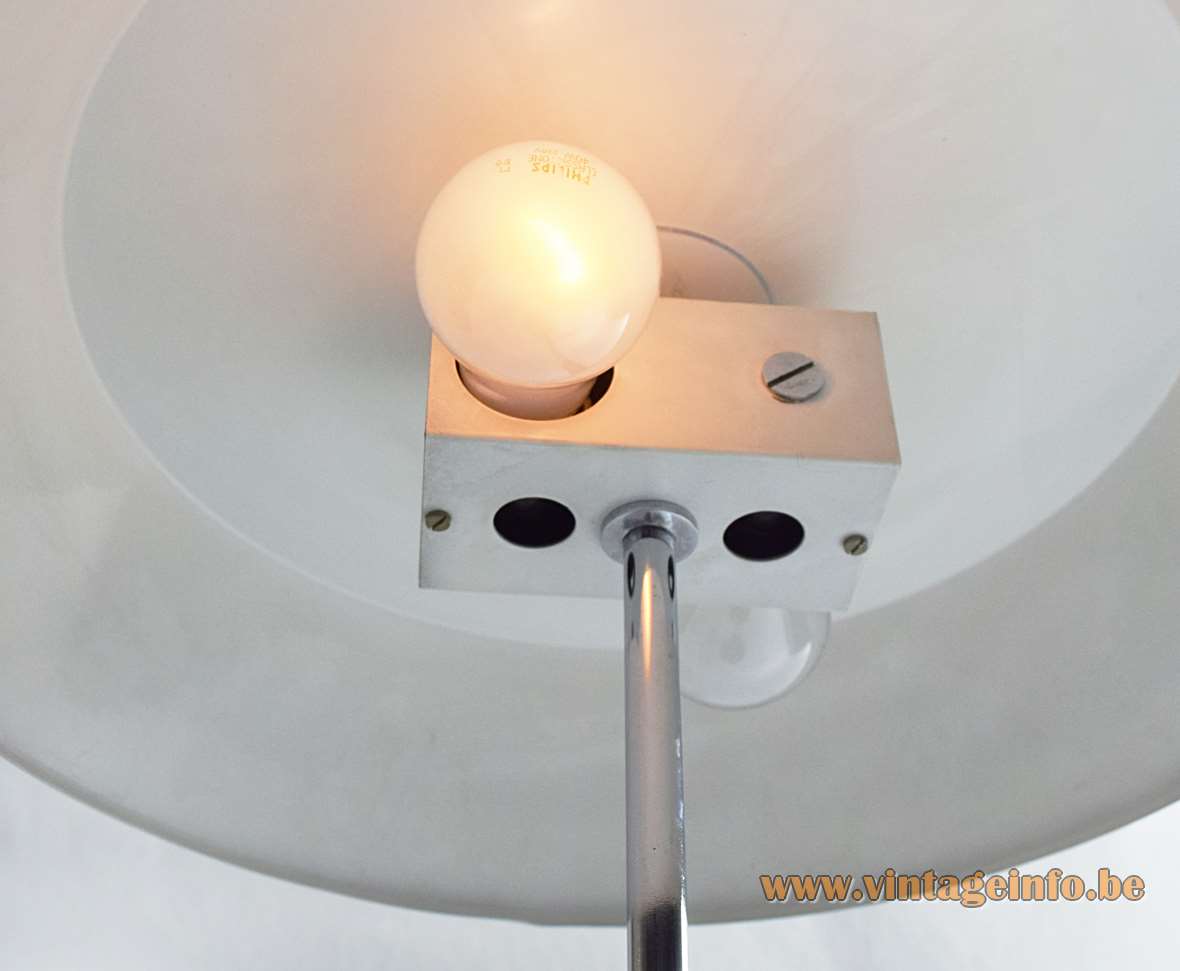 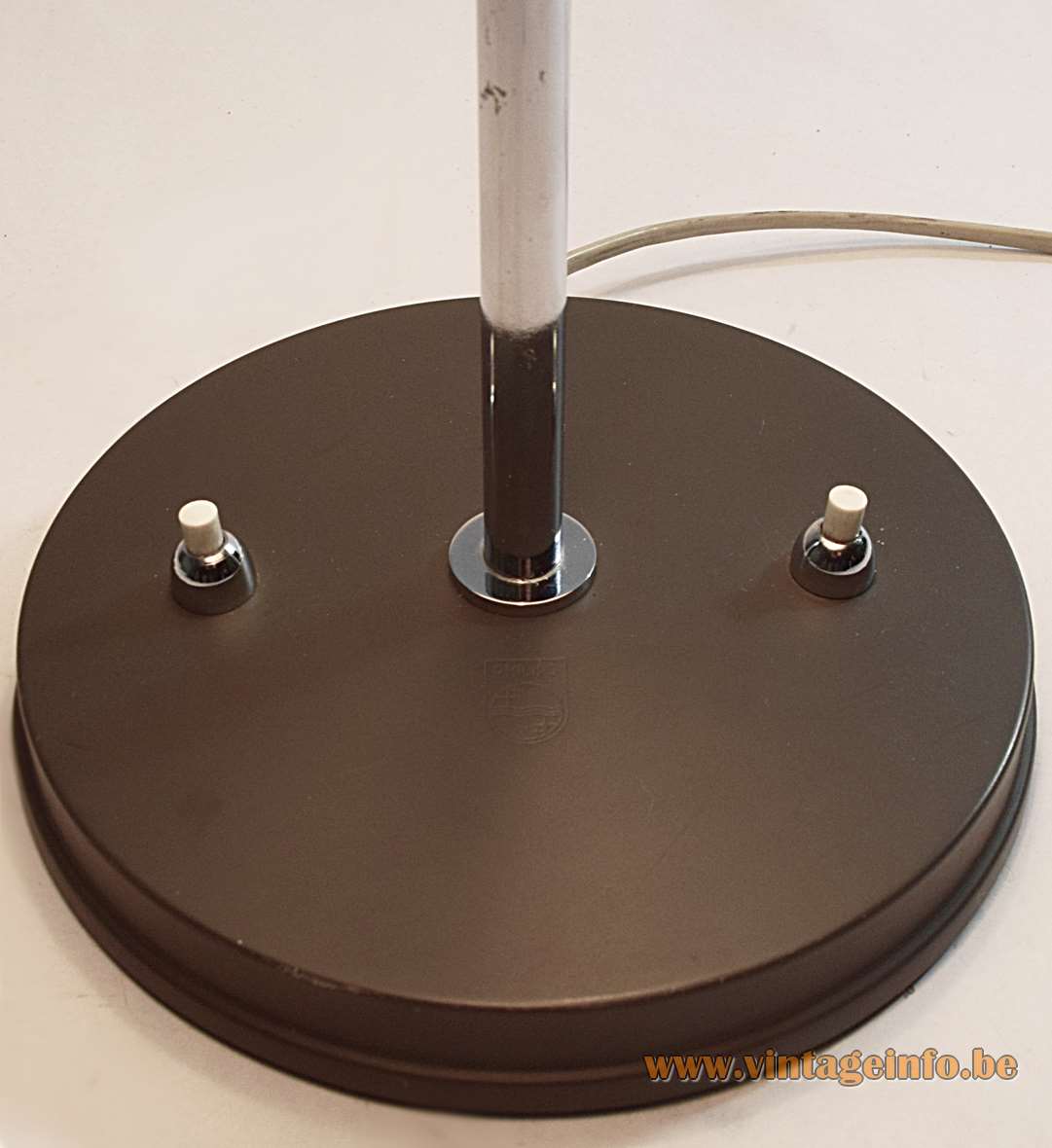 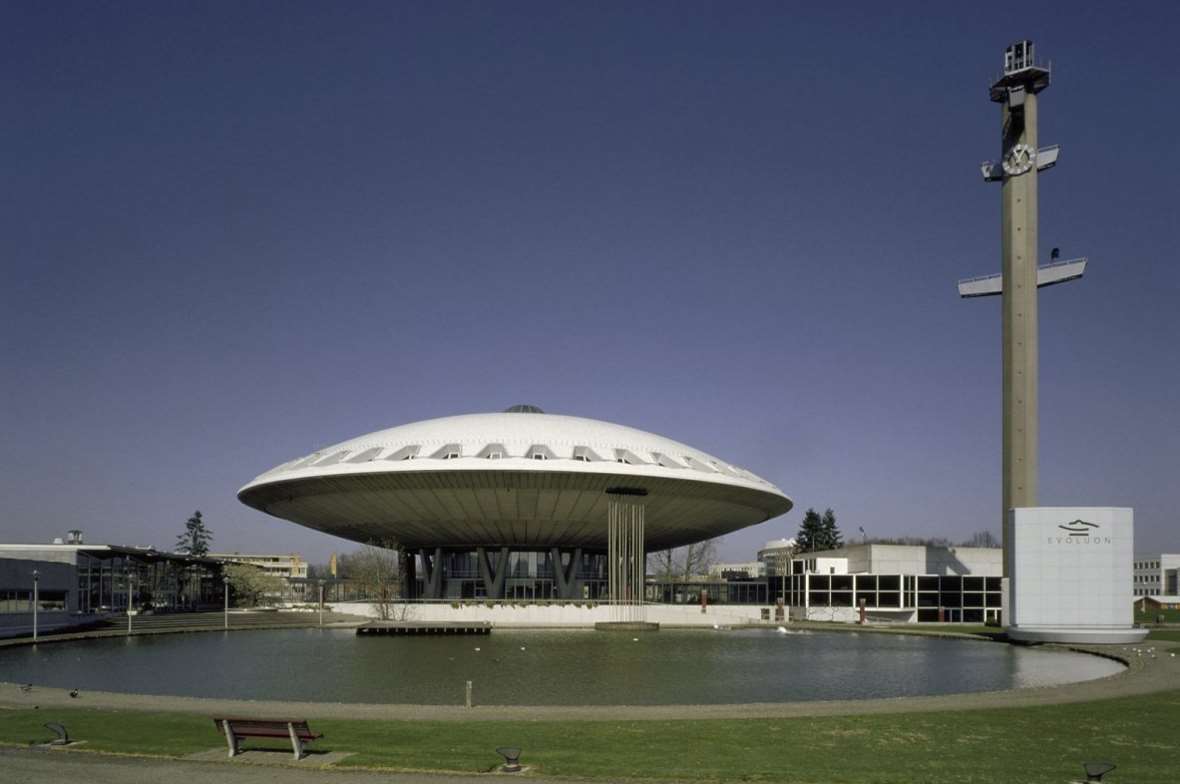 Designer: To be appraised, after a Louis Kalff design.

Other versions: The Philips President desk lamp was also made with a lampshade with 10 round perforations in a circle around the chromed part on top. In the seventies the name of this lamp changed in Toulouse. The Toulouse has a triple switch for more settings. Toulouse is a city in France.

This lamp has 2 switches, one for every light bulb. It can be used with a special bulb with 2 filaments. Like the one in your car when you use your big lights (toggle switch). These bulbs are no longer for sale. They were made in 25/60 watt or 40/100 watt. Fortunately, ordinary light bulbs can also be used.

After World War II Louis Kalff kept himself active in industrial design for Philips. After his retirement in 1960, he stayed with Philips as a consultant and architect. In 1961 he was given the direction and execution of the Evoluon building in Eindhoven. It was the last work of the light architect who almost worked for forty years at the Philips group. 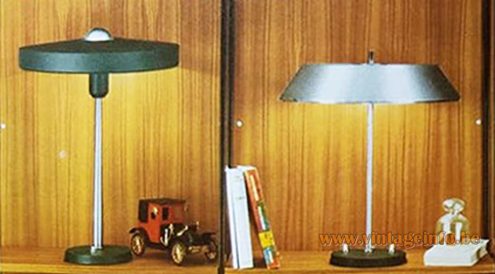