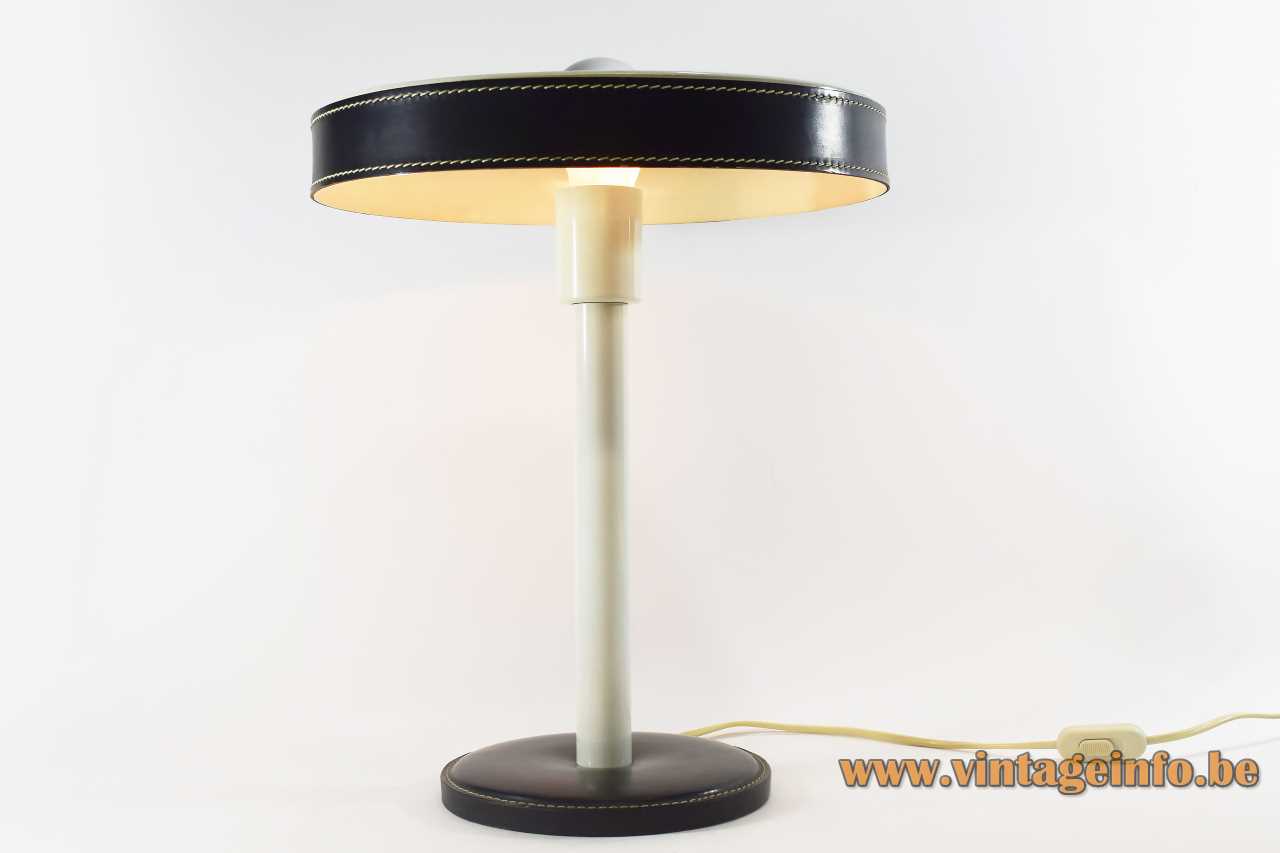 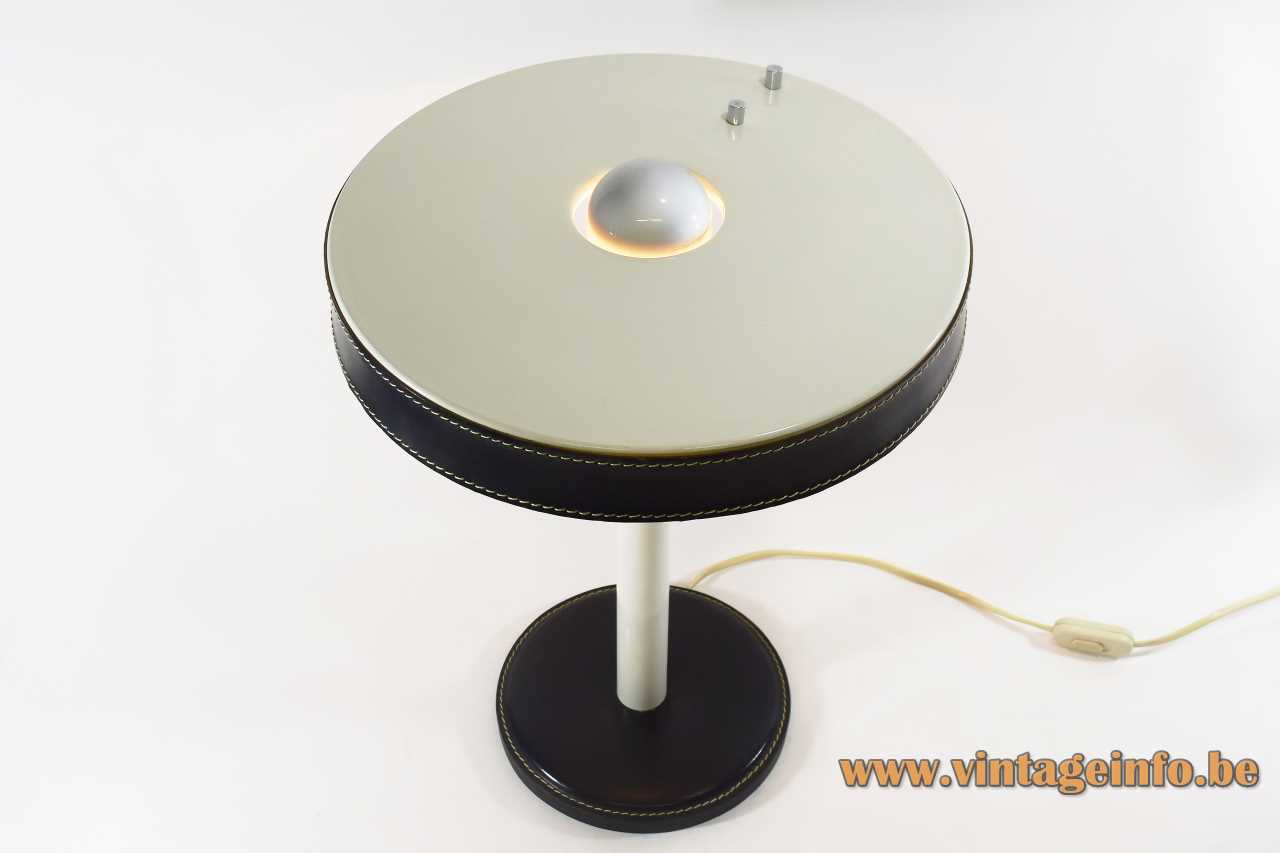 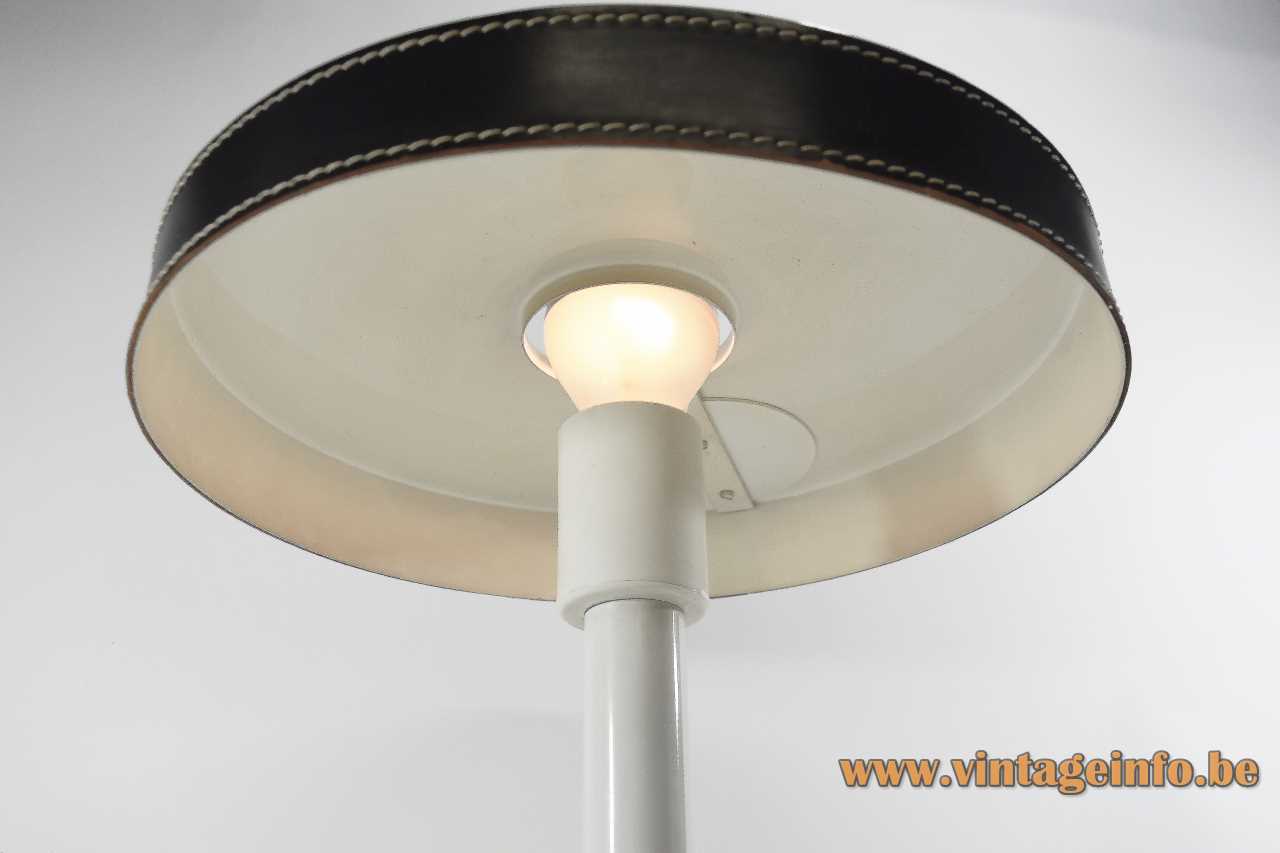 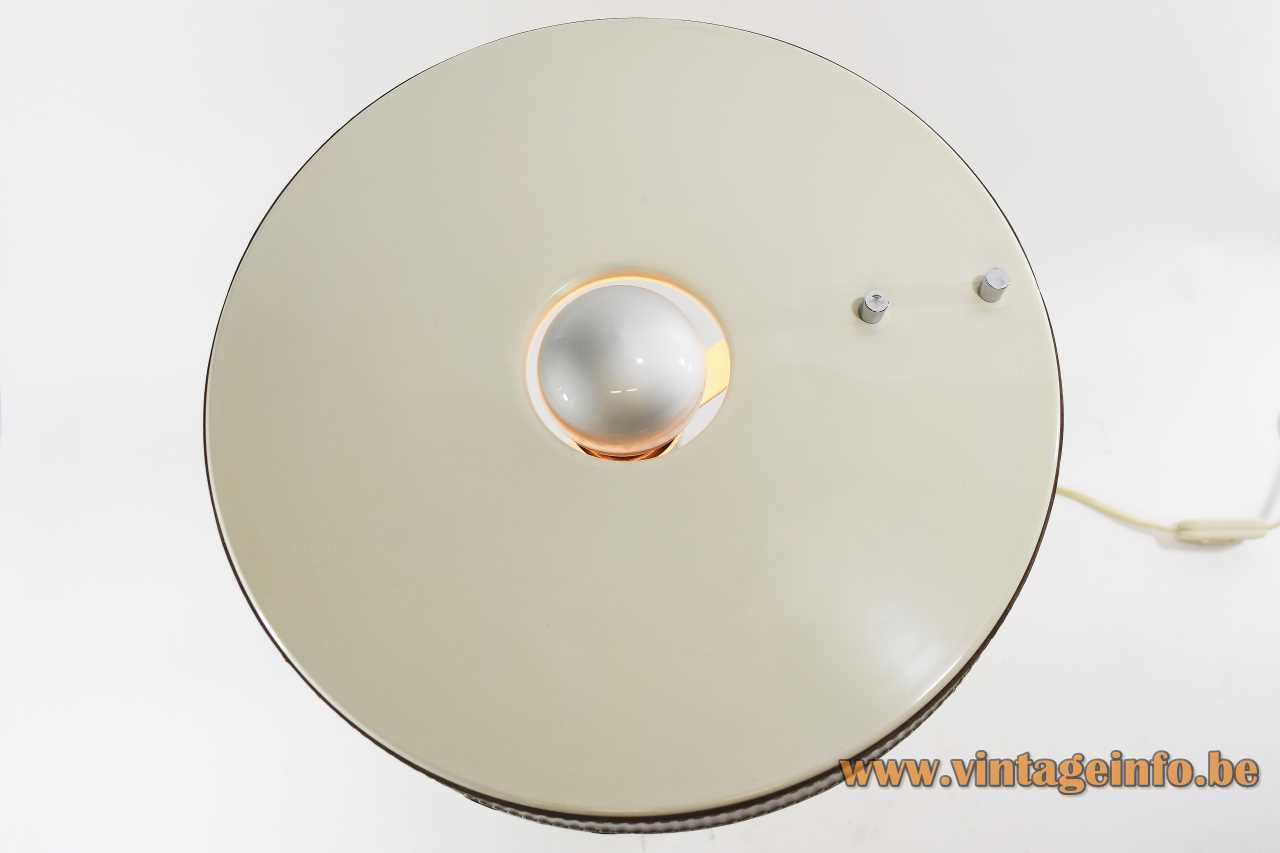 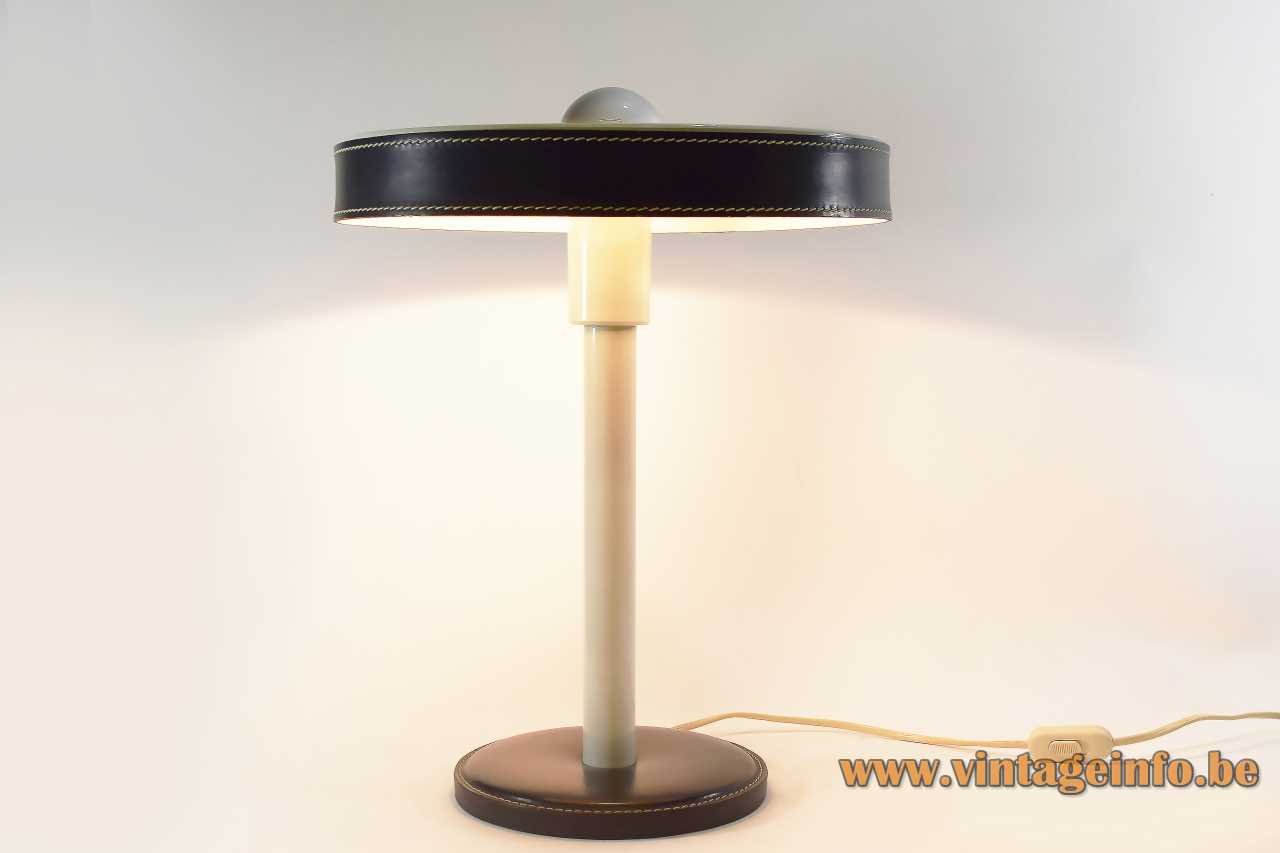 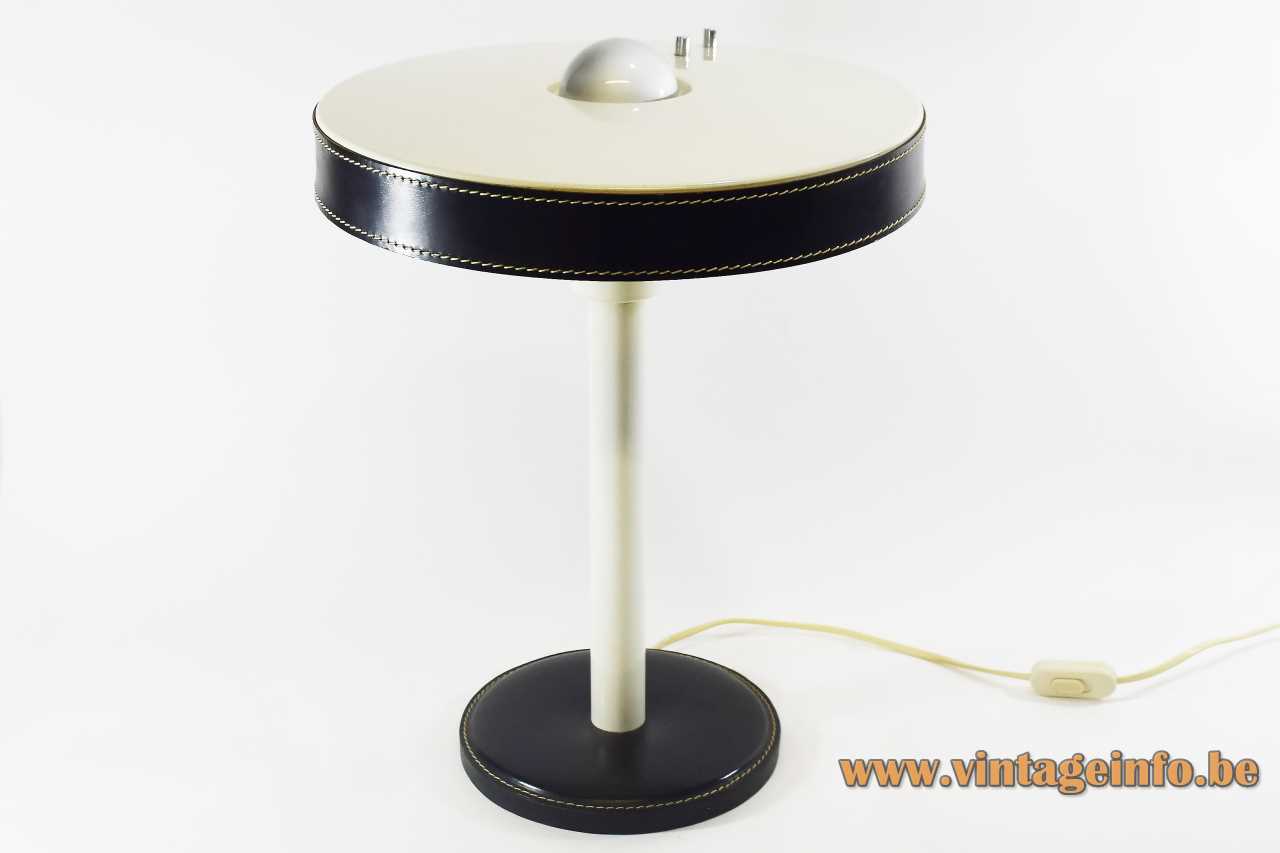 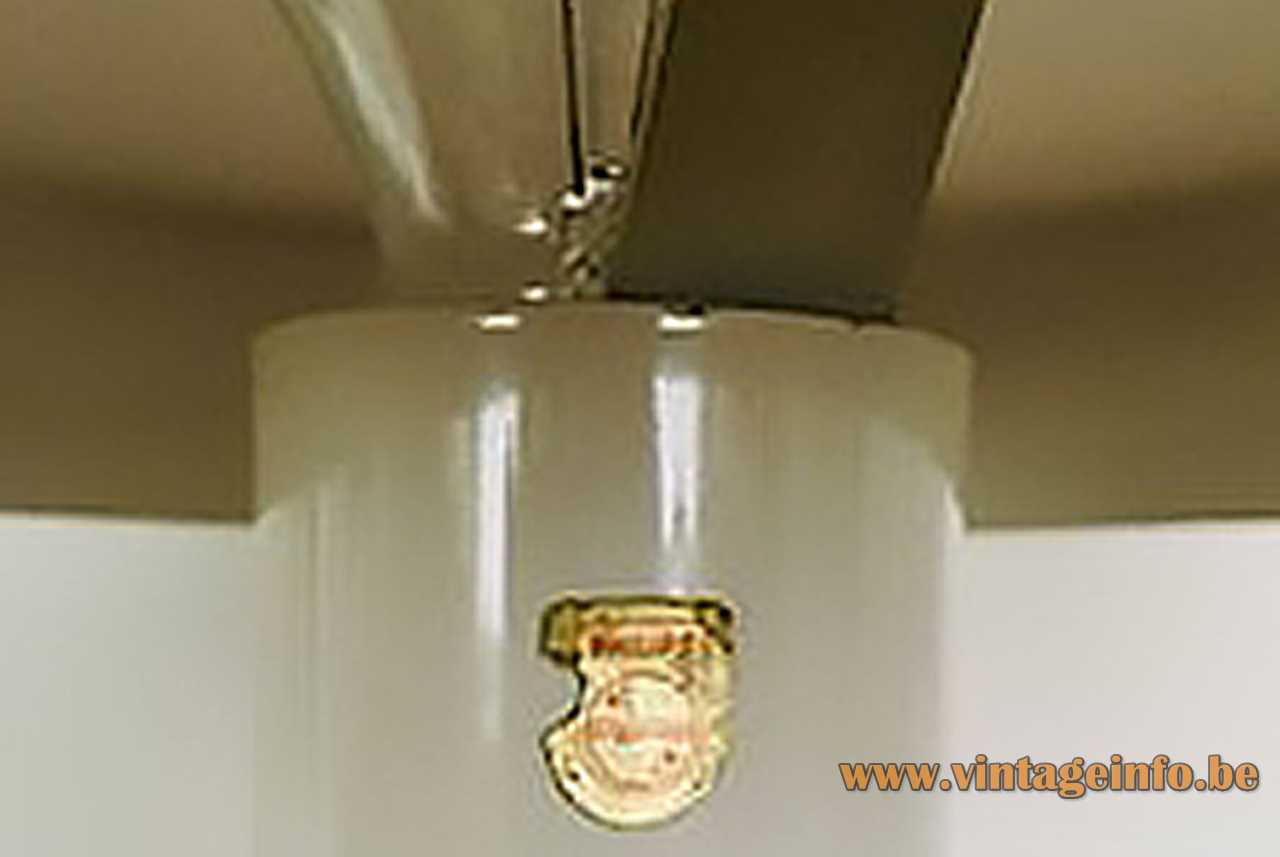 Leather lamps often attributed to Jacques Adnet, but they are not:

Black Leather desk lamp with a square base

Materials: Round black leather base. Round white painted metal rod. Round white metal lampshade with a hole in the middle, covered with black leather on the side. 2 ornamental chrome nuts on top. Some metal parts. Bakelite E27 socket.

Other versions: The Leather Philips desk lamp was also made with maroon and brown leather.

As with so many leather lamps, also this one is almost always attributed to famous French designer Jacques Adnet. It is not of course. The design of this lamp is based on a Louis Kalff design. The two chrome nuts and the hole in the middle of the lampshade can also be found on the Decora and Diplomat desk lamps. These lamps were made from the late 60s until the early 80s. Louis Kalff retired in 1960.

A day before the German invasion in the Netherlands on 9 May 1940, the Philips family fled to the United States of America. They took a large amount of the company capital with them.

The wiring, plug, switch and socket of this leather Philips desk lamp are always made by VLM Components from Buccinasco near Milan, Italy. Therefore they are easy to date. You can find these table lamps with electric parts from the late sixties until the early eighties. This one is from the early 80s, to see on the used parts.

VLM Components became famous for the switches they produce since 1968, designed by Achille Castiglioni. You can find them over here.