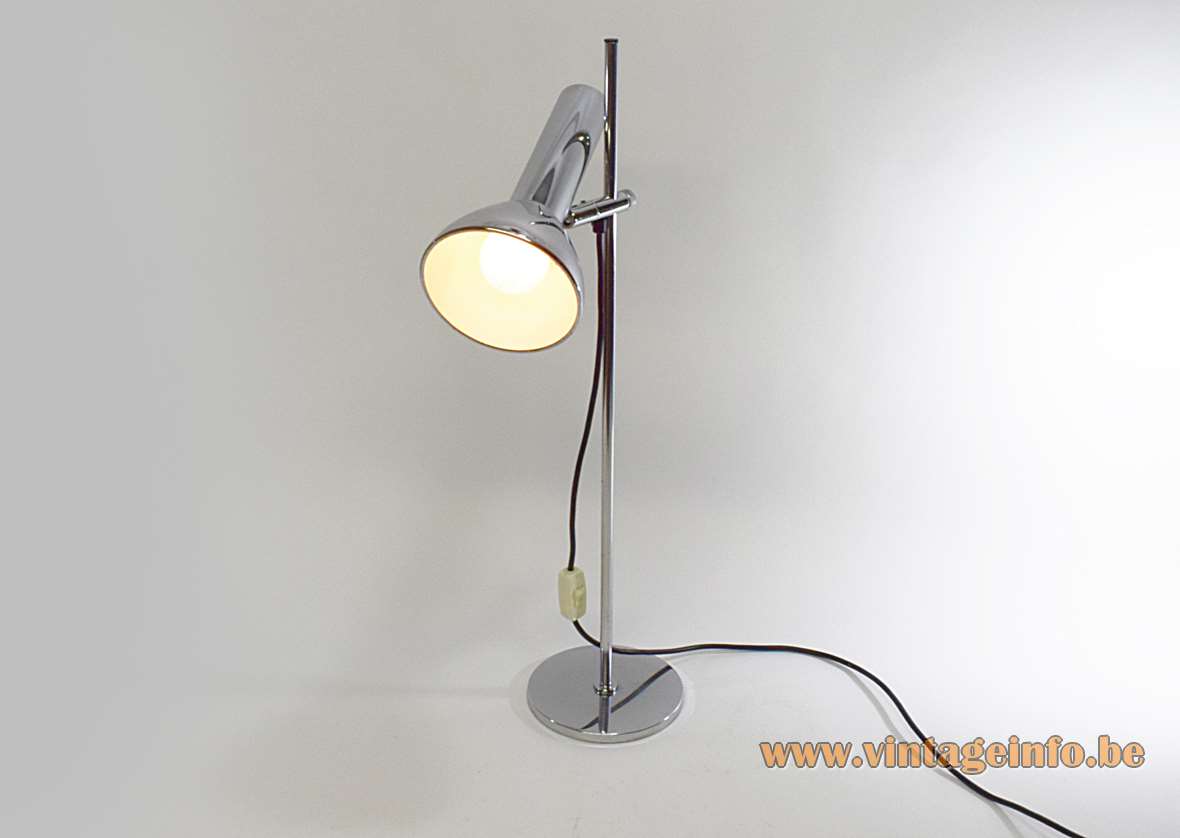 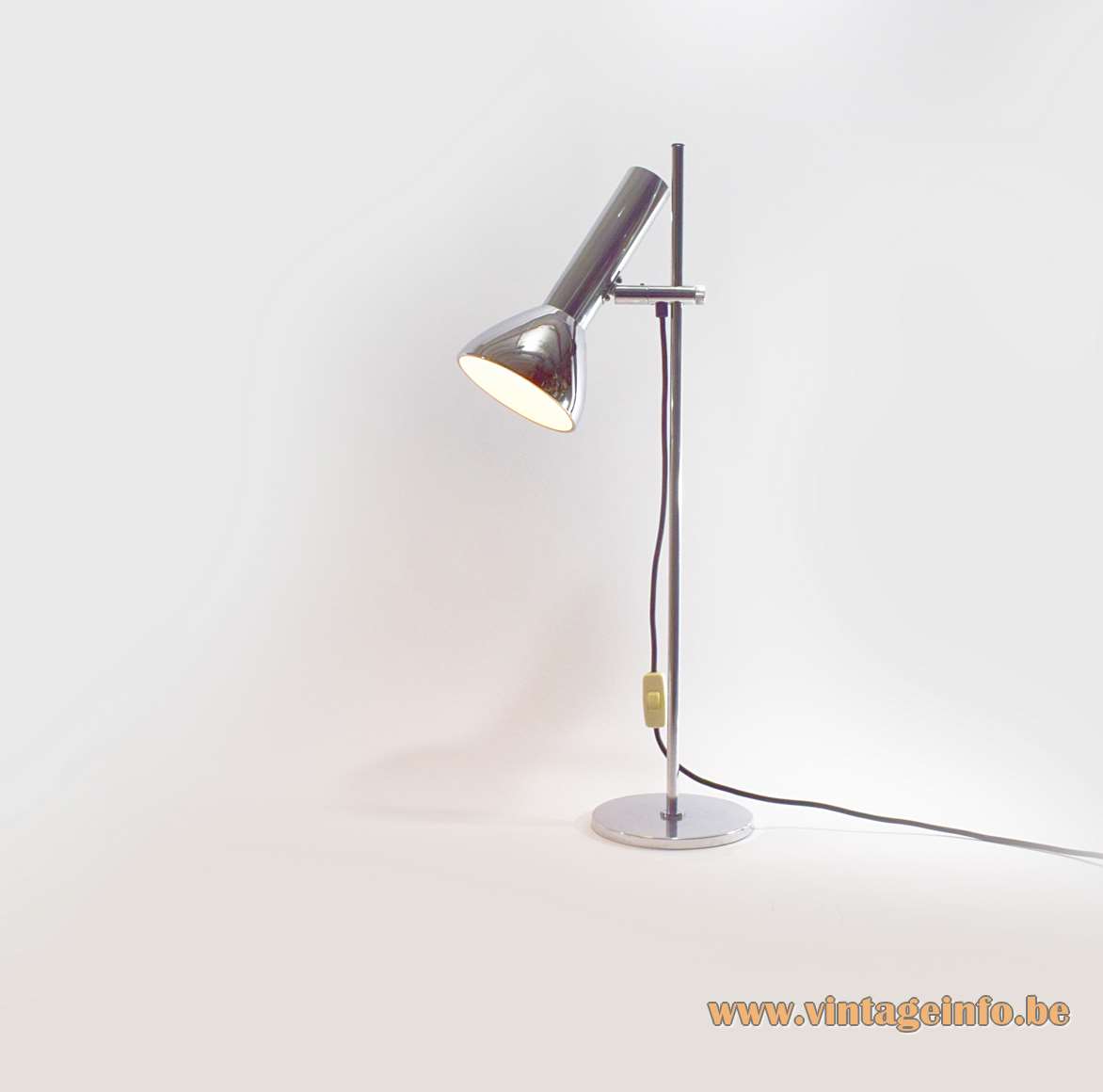 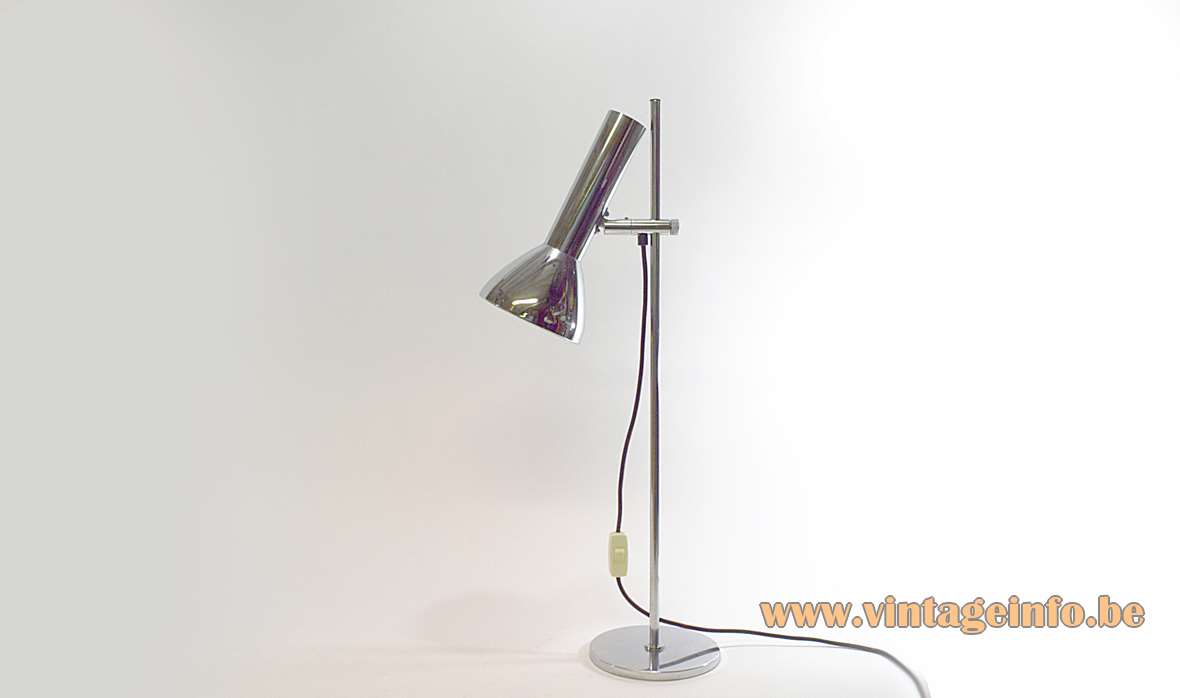 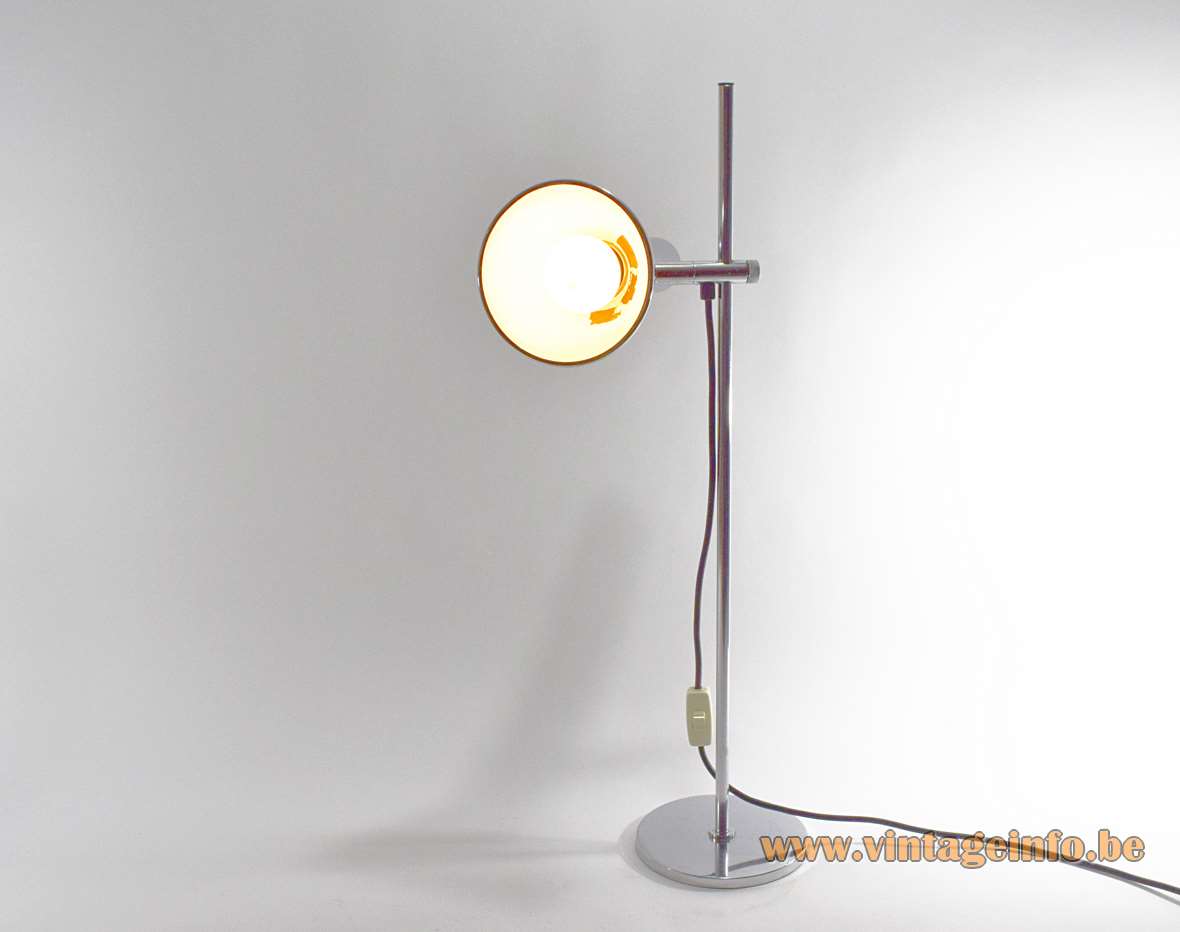 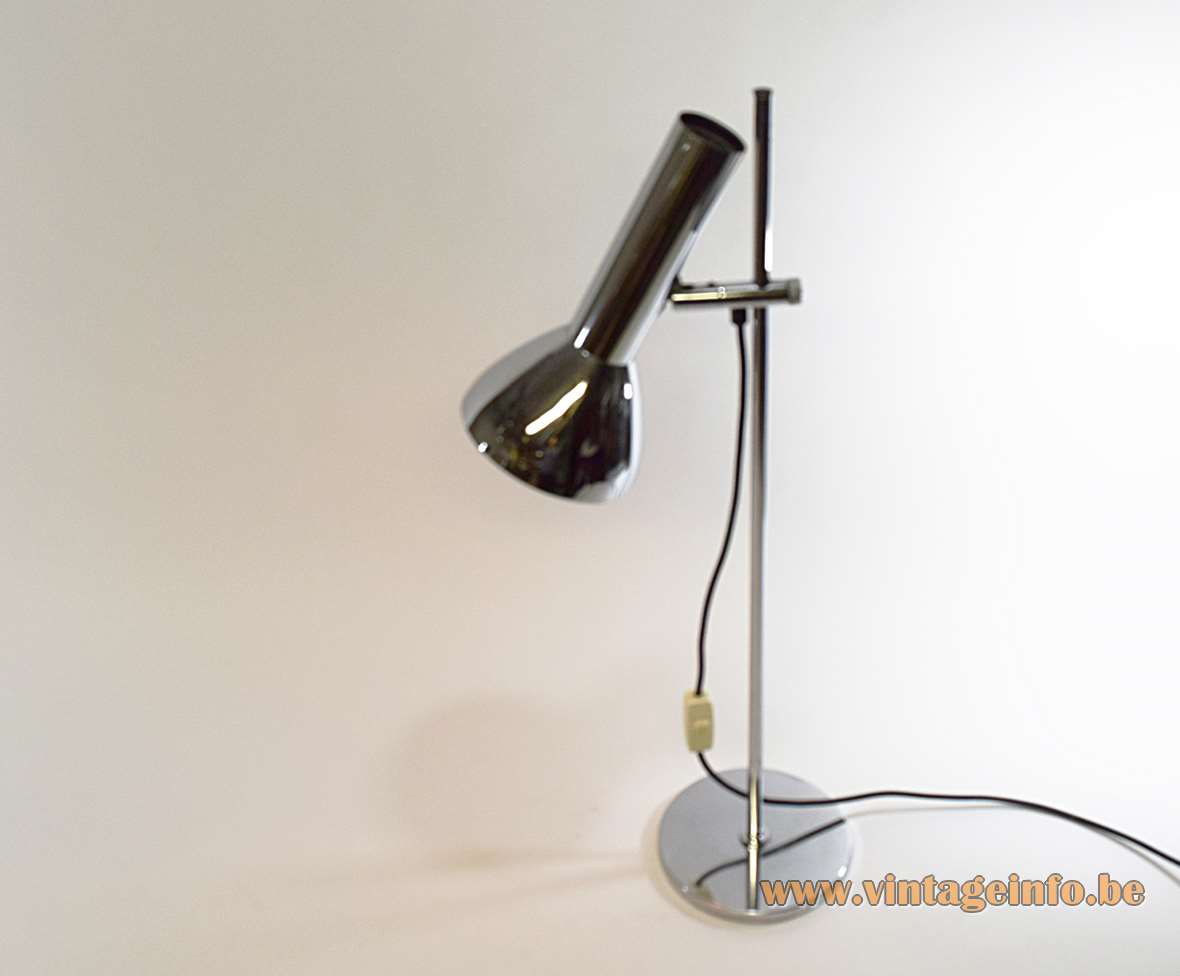 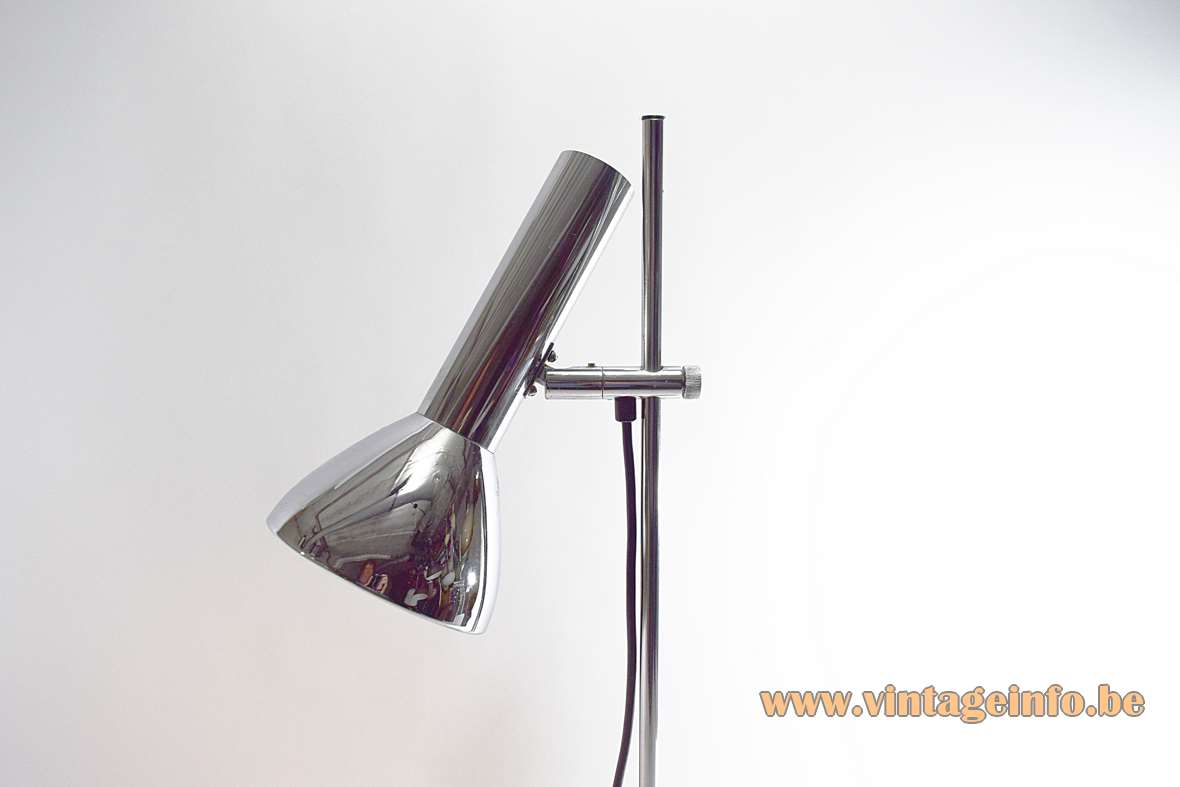 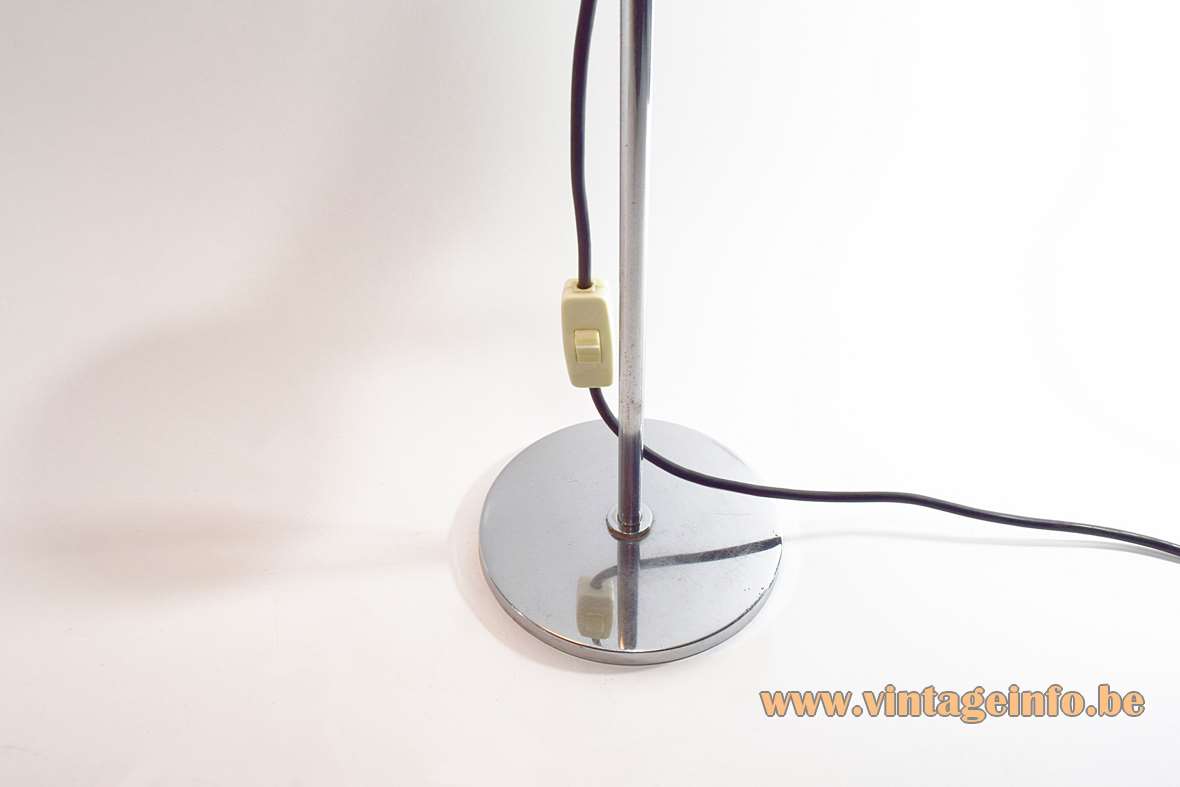 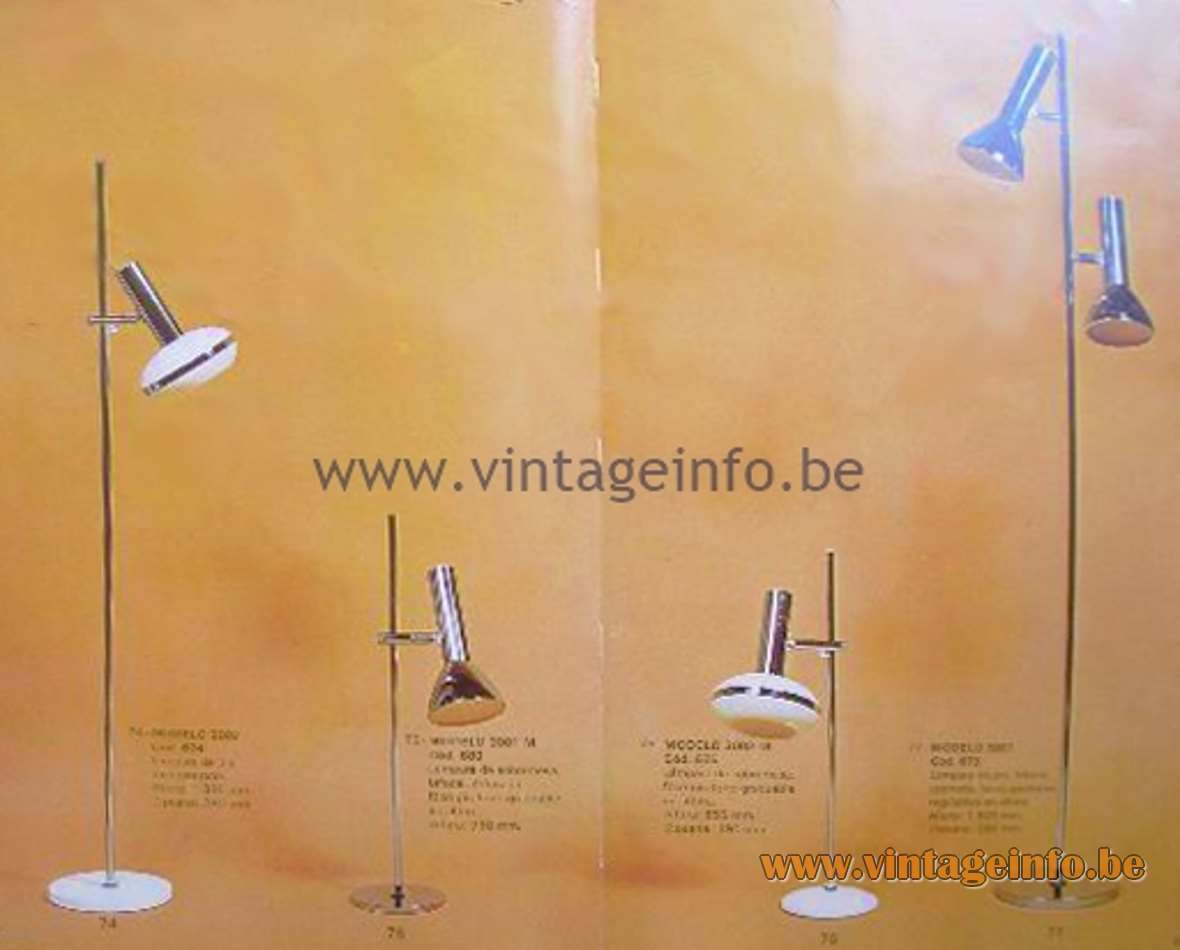 History of Fase and lamps by Fase

The other lamps in the catalogue picture

Other versions: This OMI chrome desk lamp also exists as a double light floor lamp. The lampshade can be found on several other lamps, such as with this wall lamp.

These series of lamps were also sold by Fase from Spain and Hustadt-Leuchten, also from Arnsberg, Germany. On this page a picture from a 1974-1975 catalogue. Fase sold many lamps made by other companies. More information over here. In all probability these lamps ware produced in Arnsberg, but by which company?

The two other lamps in the catalogue picture, the two white ones with the chrome ring, were also sold by all these companies. Also Massive from Belgium sold them. They exist in multiple colours.

By searching the internet for the OMI mark on the chrome knee joint, you always find lamps that are described as lights designed by Koch & Lowy for OMI. Koch & Lowy is not a design team, but an American light company and it has got nothing to do with this lamp. Koch & Lowy used OMI joints for their lamps, hence the confusion. Today Koch & Lowy is owned by Chapman Manufacturing Company, Inc. from Avon, Massachusetts.

Some say OMI Switserland, but there is nothing to be found about a Swiss company with that name. Others say OMI DBGM, because sometimes it is pressed in the knee joint.

Josef Sölken GmbH & Co. KG Leuchtenfabrik was founded in january 1950 as a family business. Over the years they produced and sold many lamps. Many of them were also sold by Massive from Belgium. The company Sölken was declared bankrupt in 2001, it had been in trouble for some time. Sölken-Leuchten was a client of OMI and used OMI parts for most of their lamps with joints.

Hustadt-Leuchten always produced lights in a good quality. You can find a few lamps on this website. The company received several design awards. One of the most well known designers for Hustadt-Leuchten was Klaus Hempel, who also designed lamps for the famous Gebr. Kaiser & Co. Leuchten, company, also from Germany. 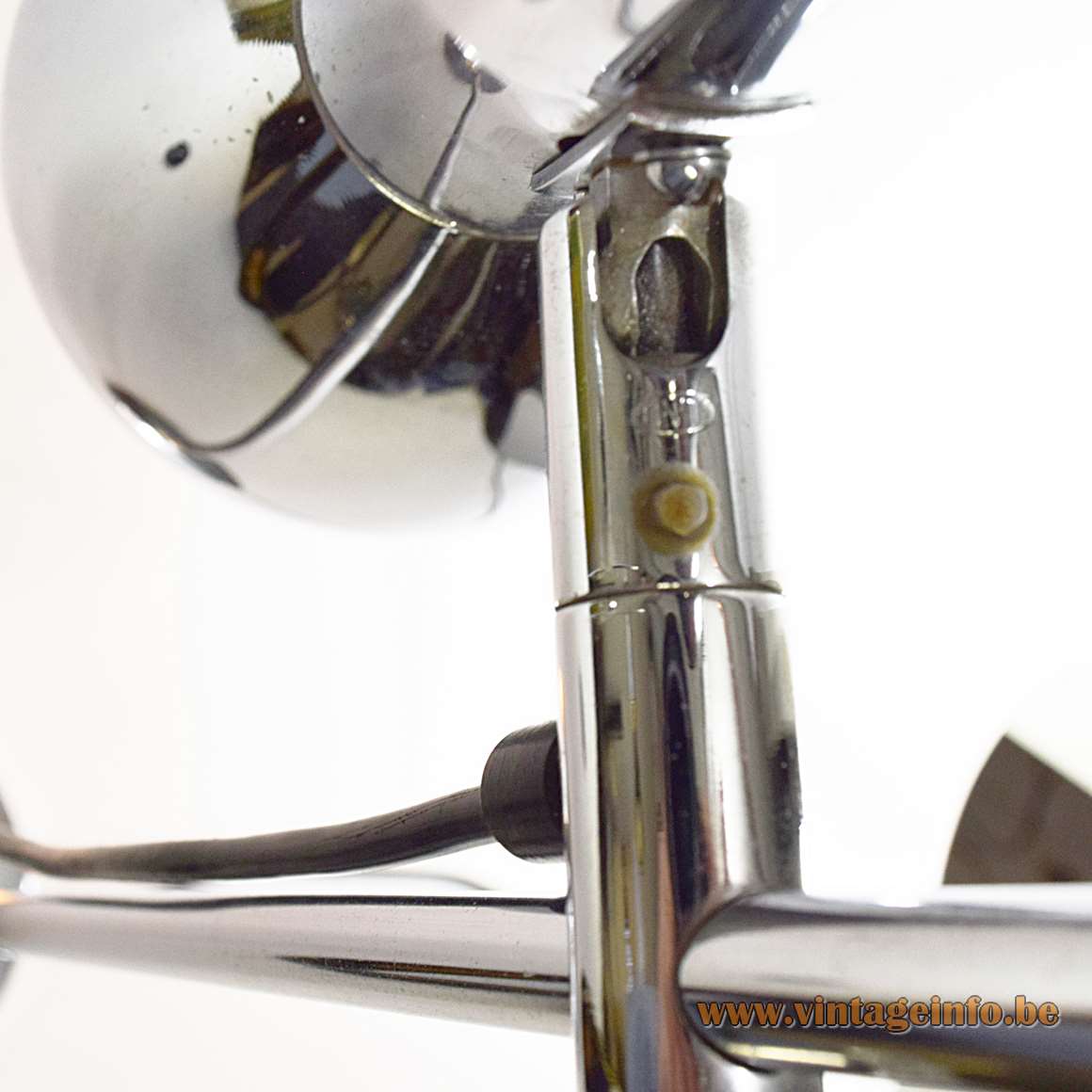 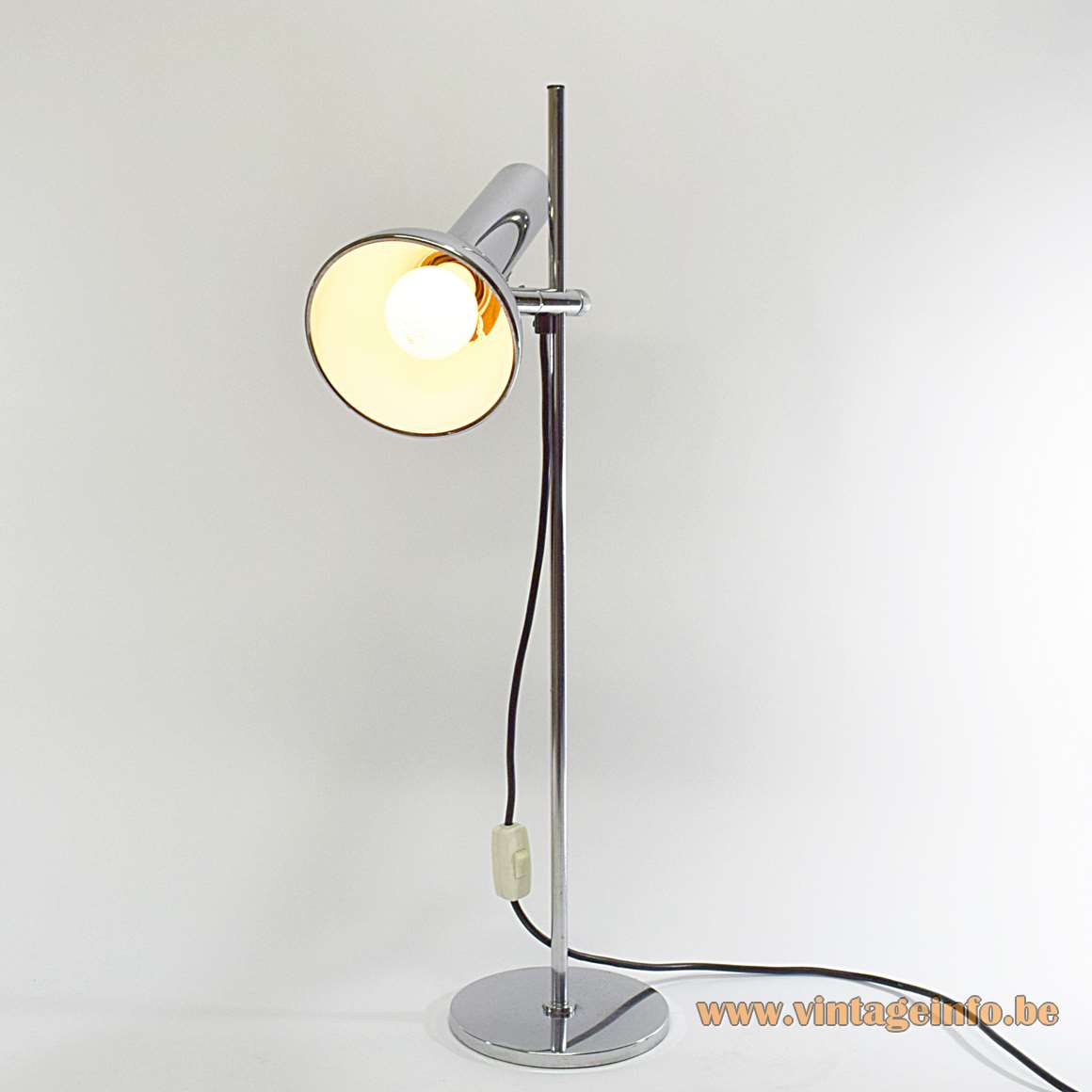