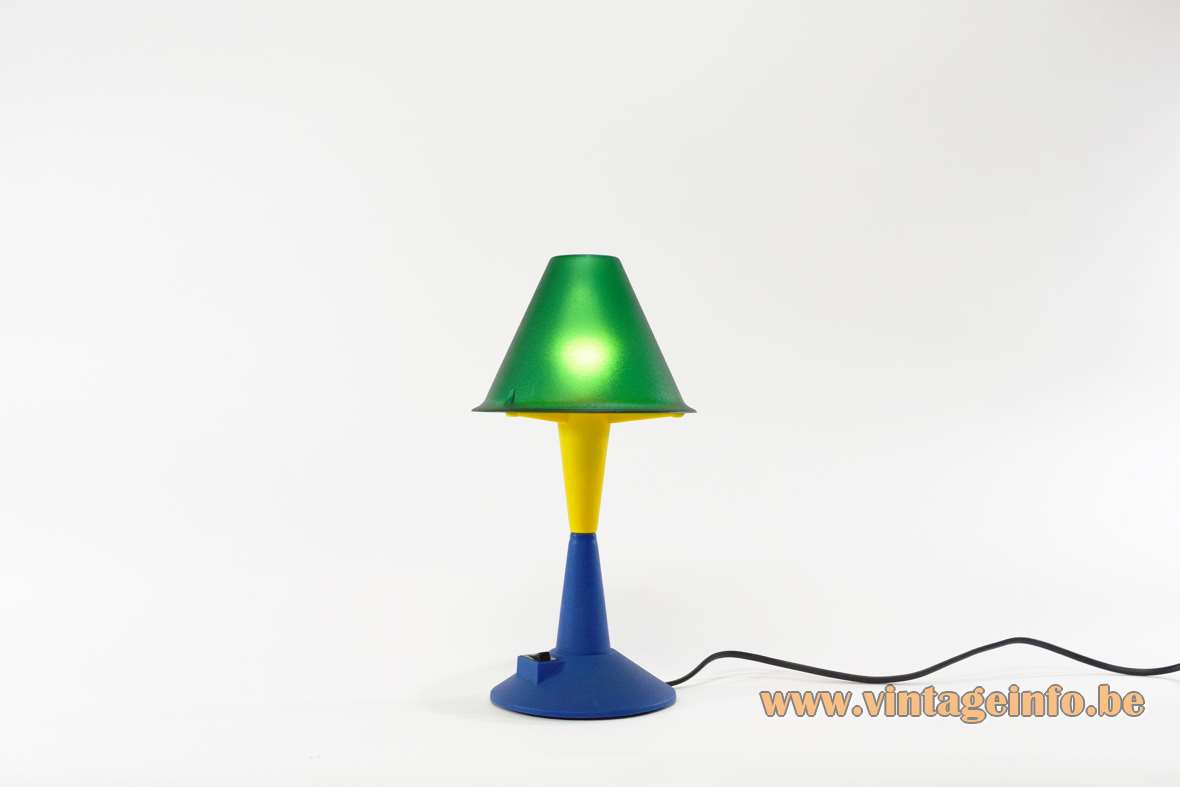 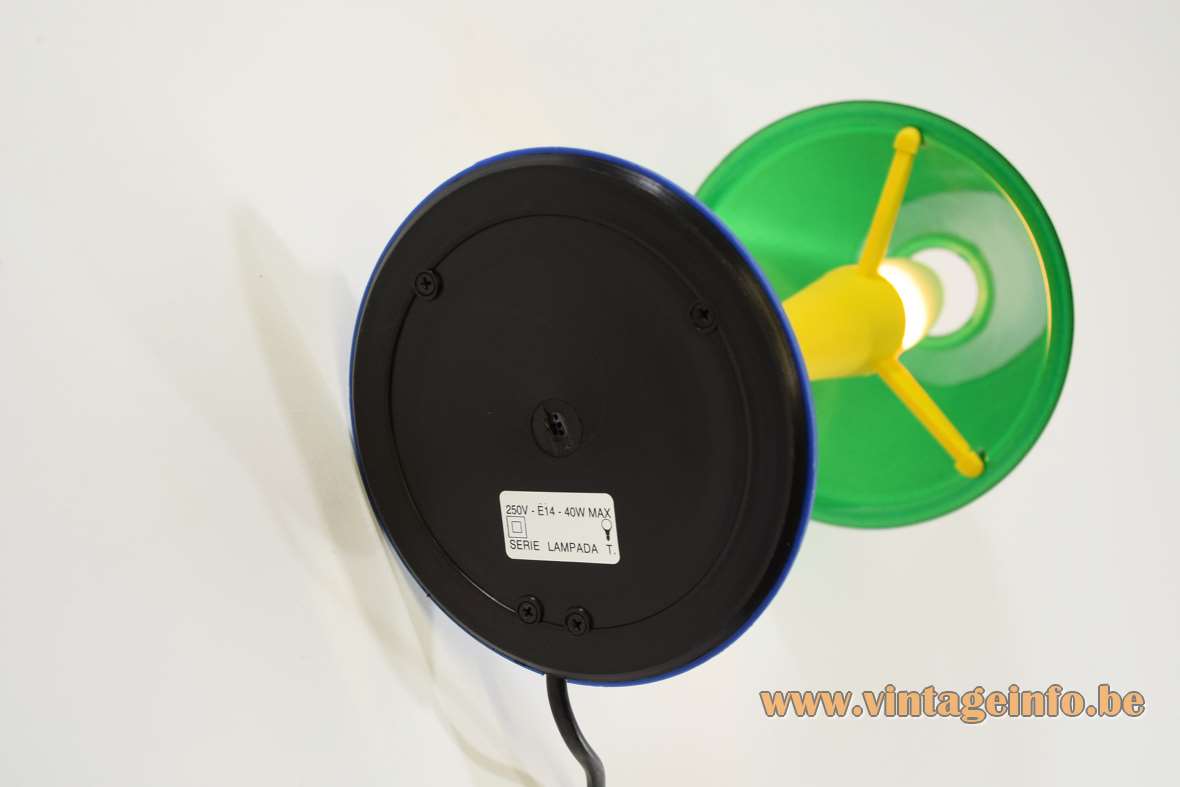 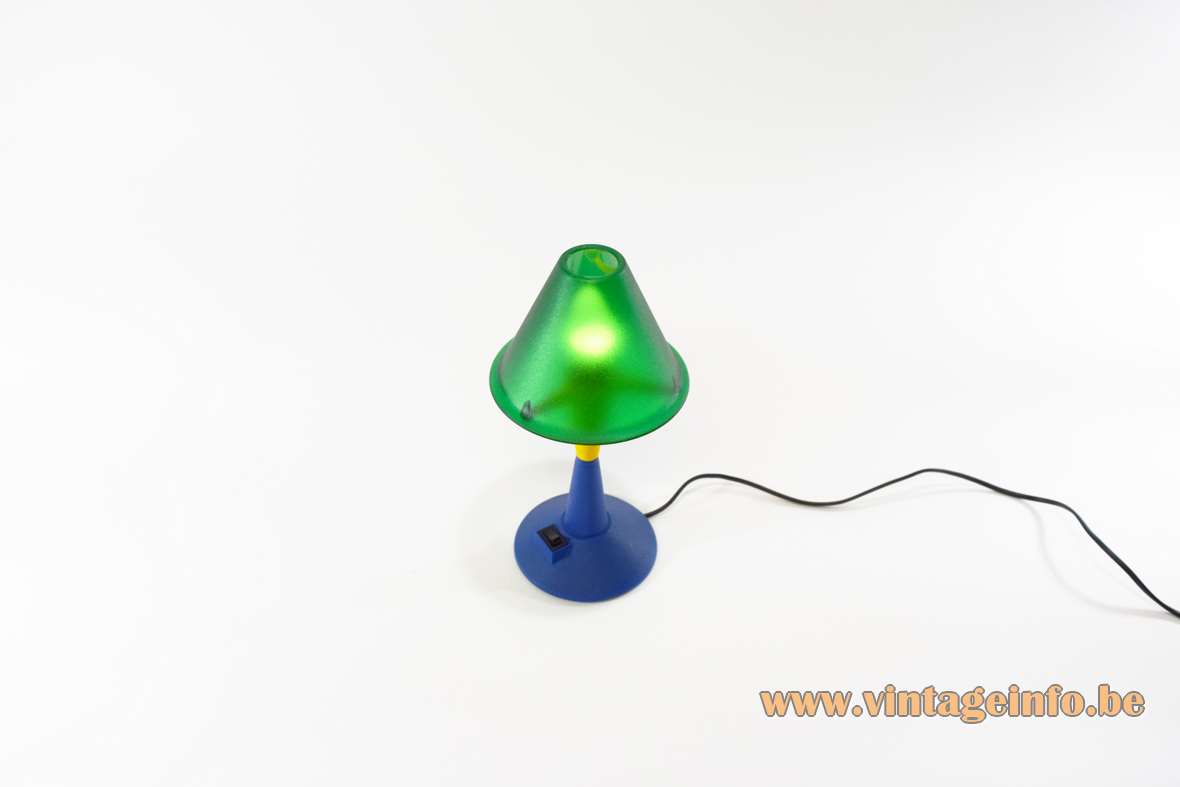 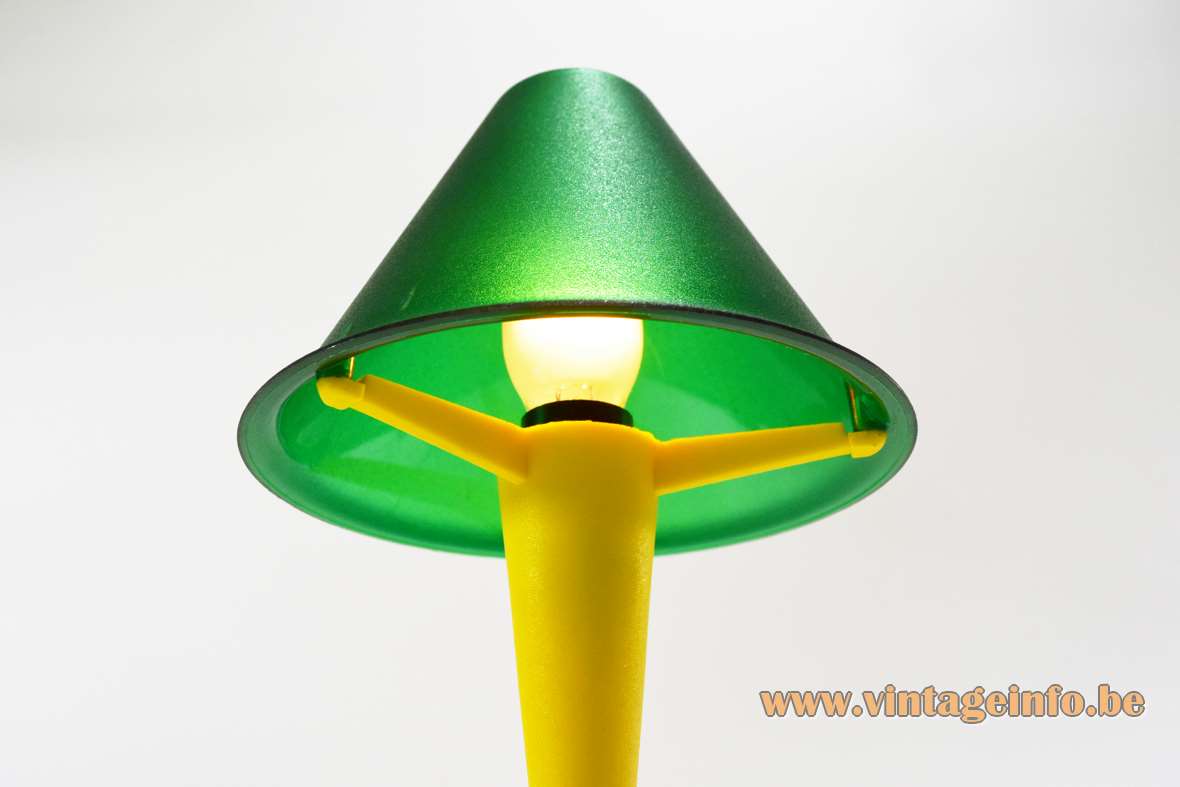 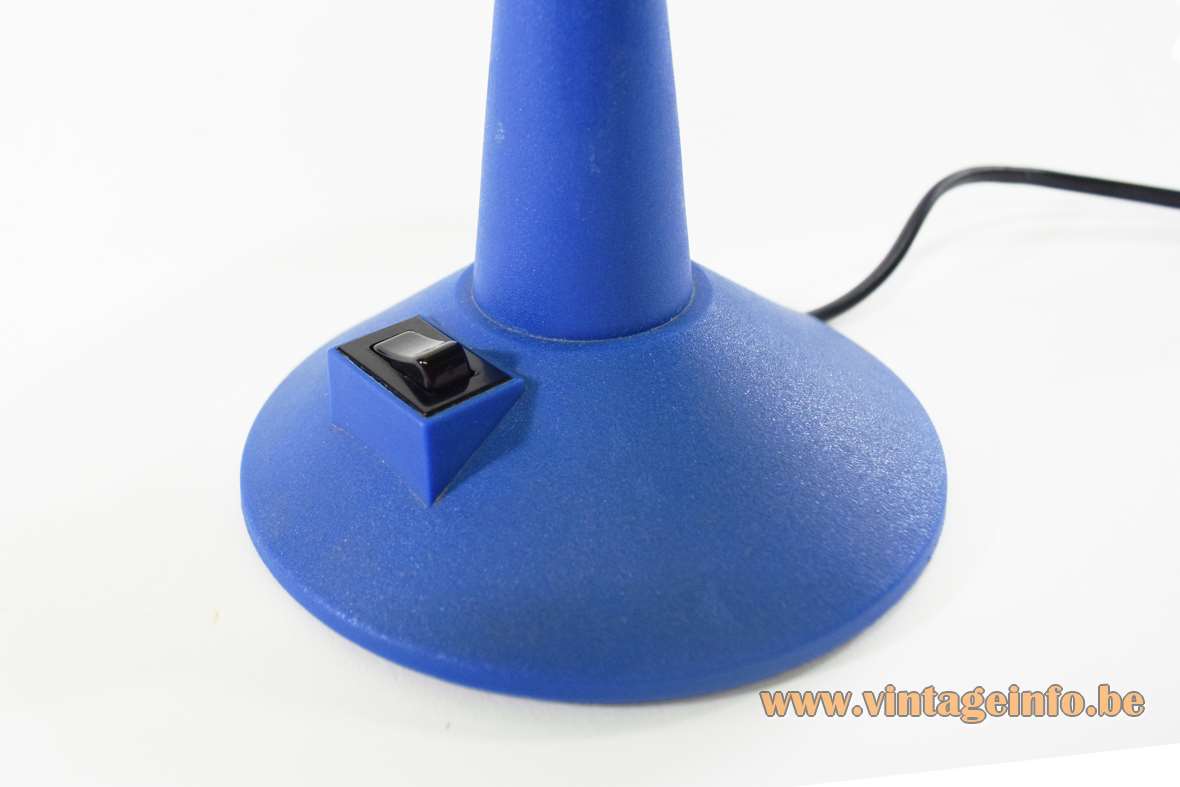 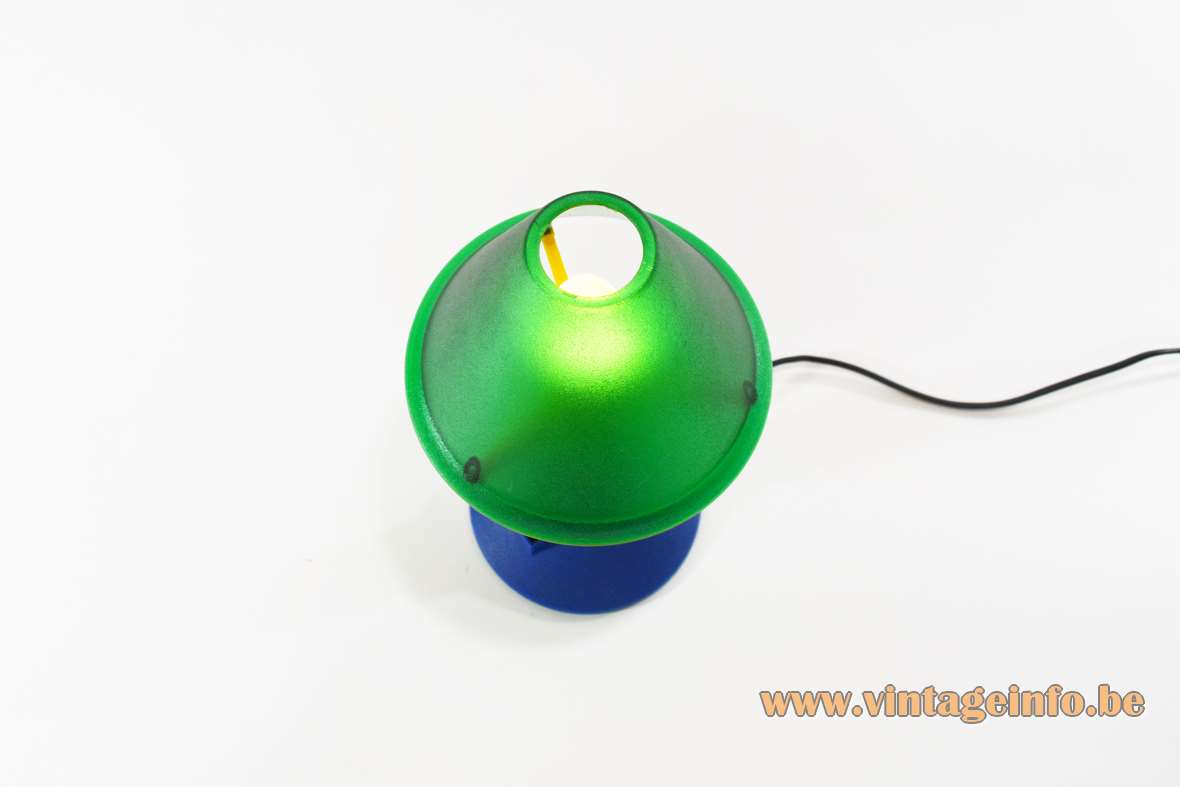 Other versions: This 1990s Lampada T. table lamp was made in several colours.

The design of this 1990s Lampada T. table lamp is based, to say the least, on the design of the Miss Sissi table lamp designed by Philippe Starck (born in 1949) in 1990 and in production by FLOS since 1991. This one is also from the early nineties, to see on the label without the, since 1993, mandatory CE logo. 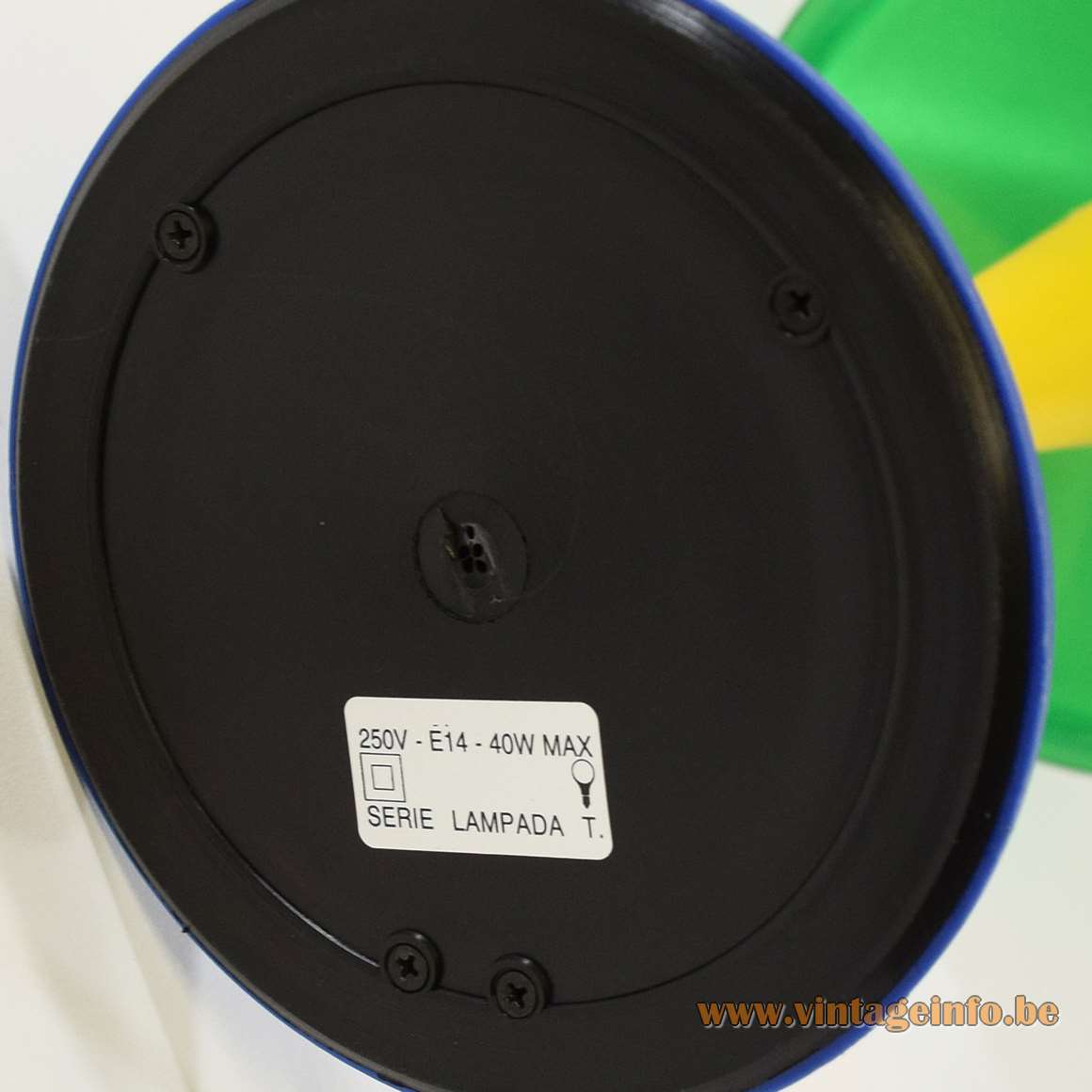 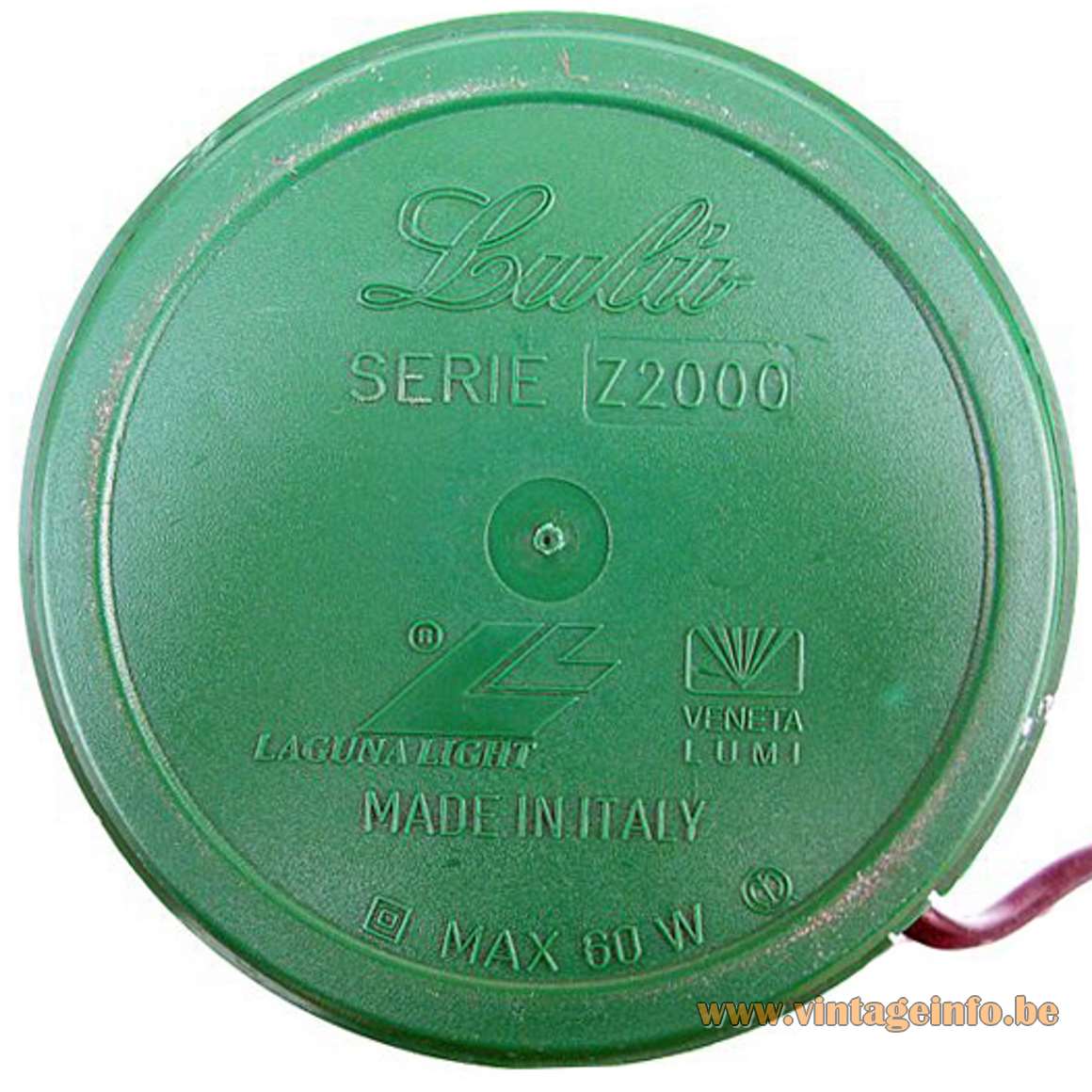 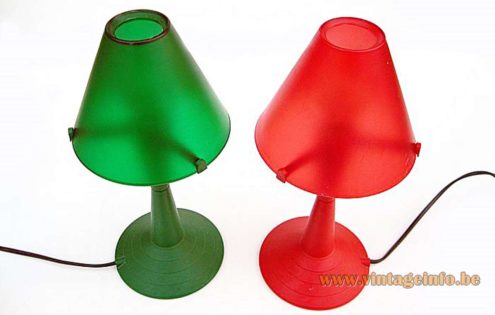