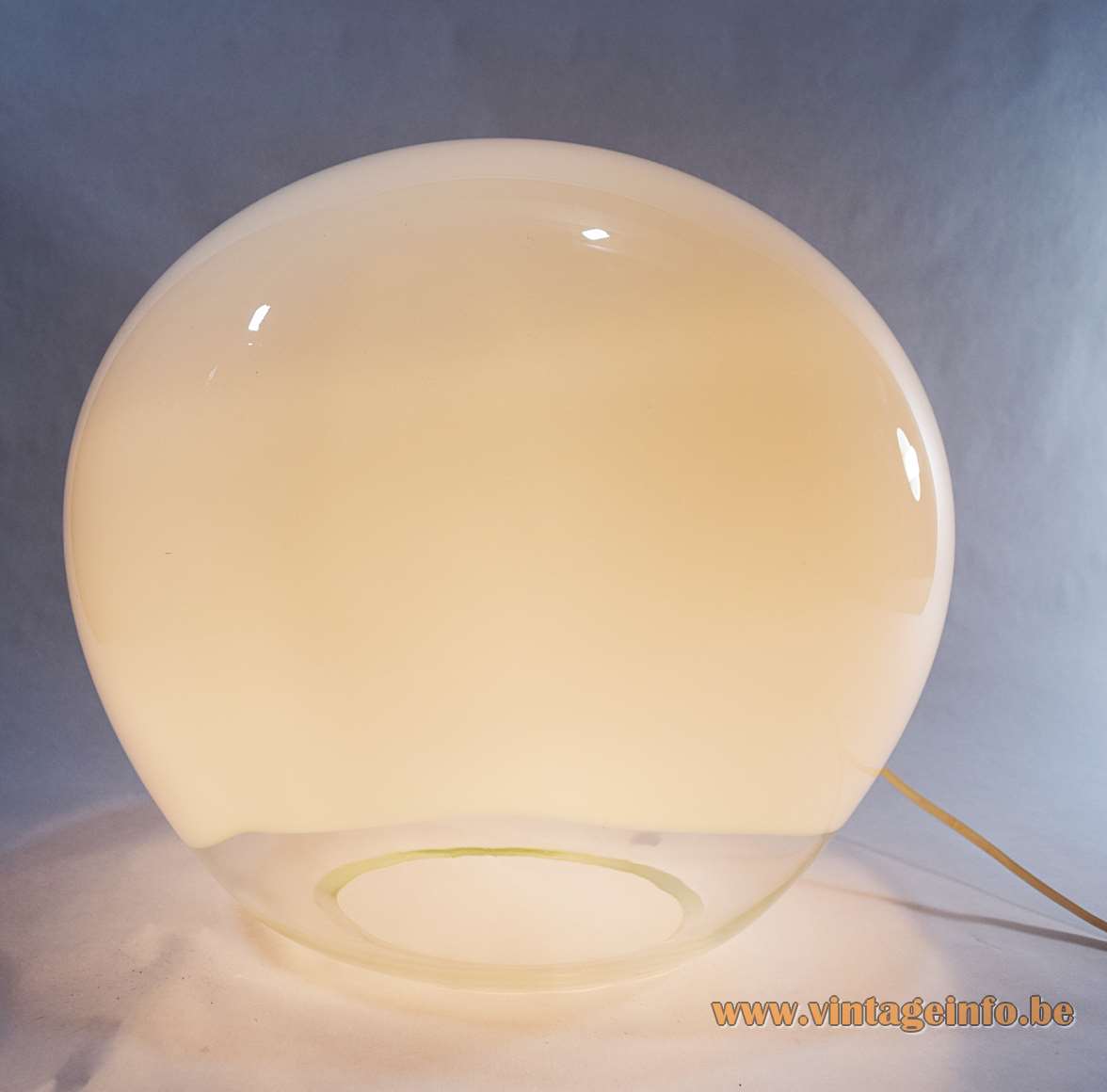 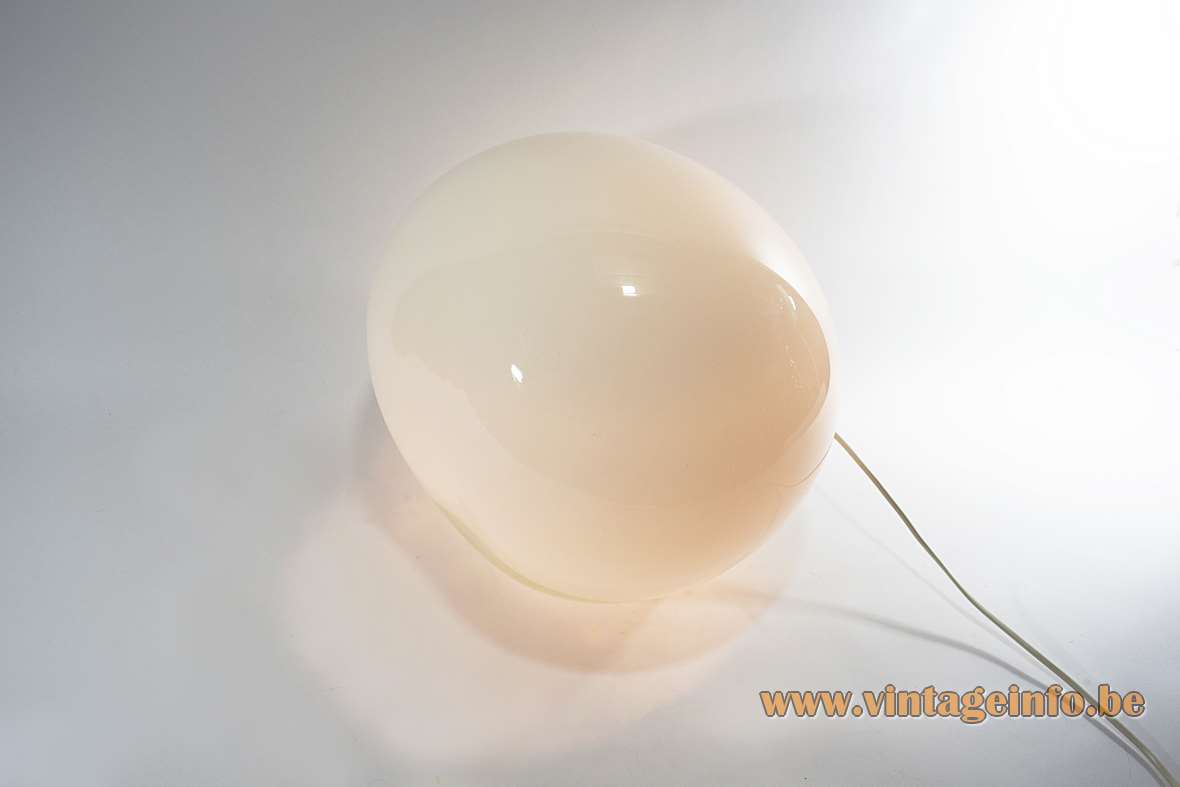 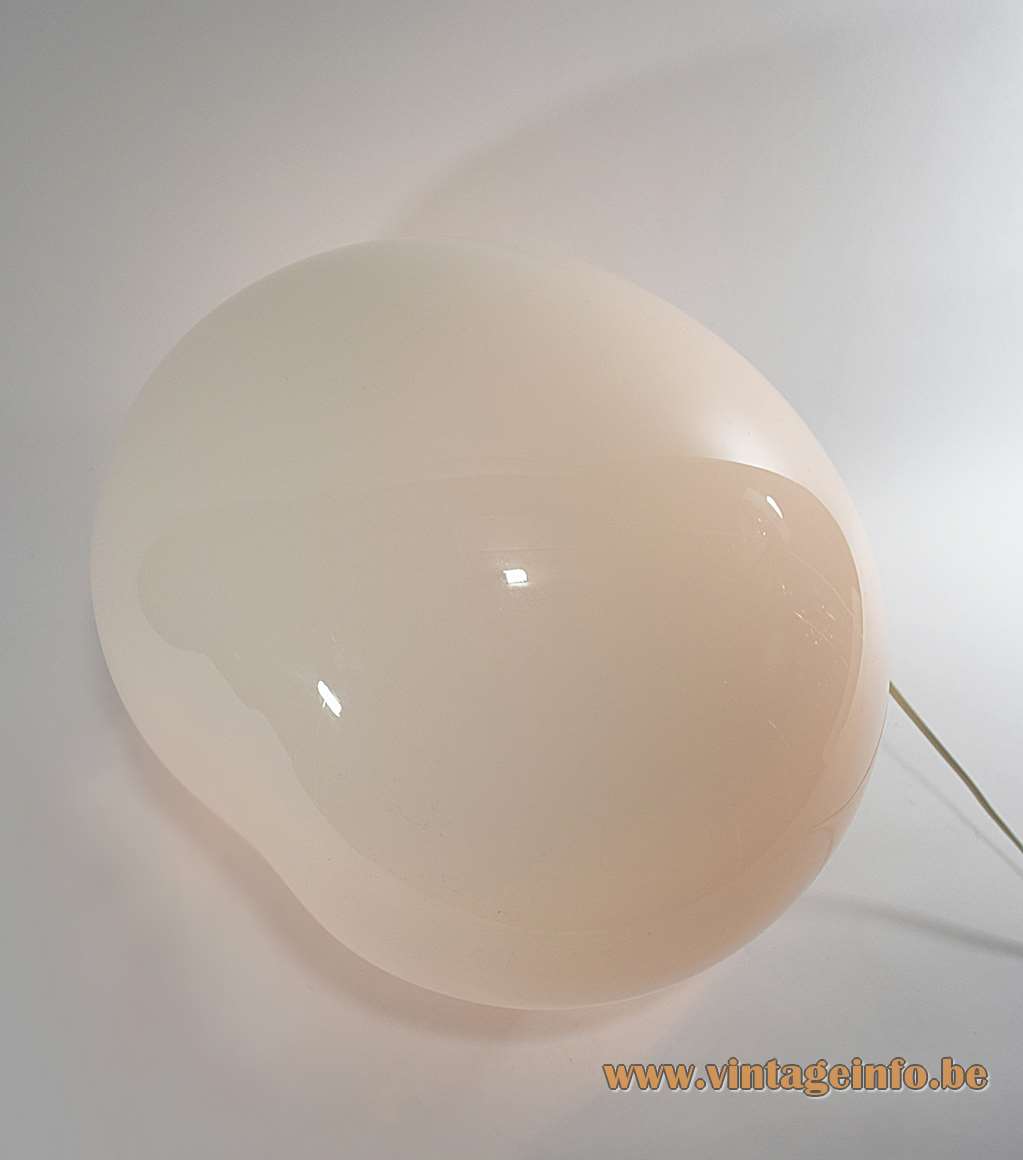 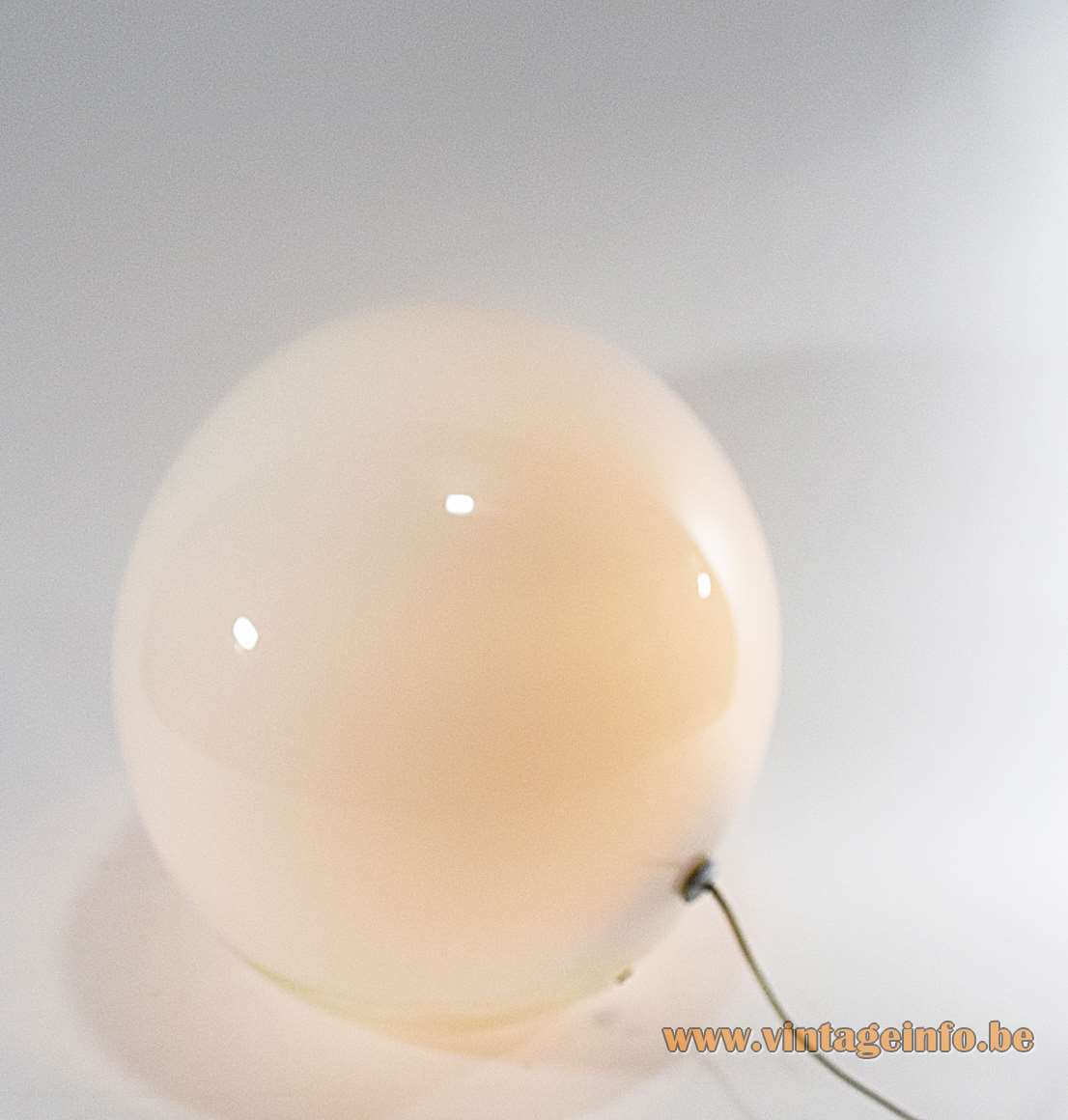 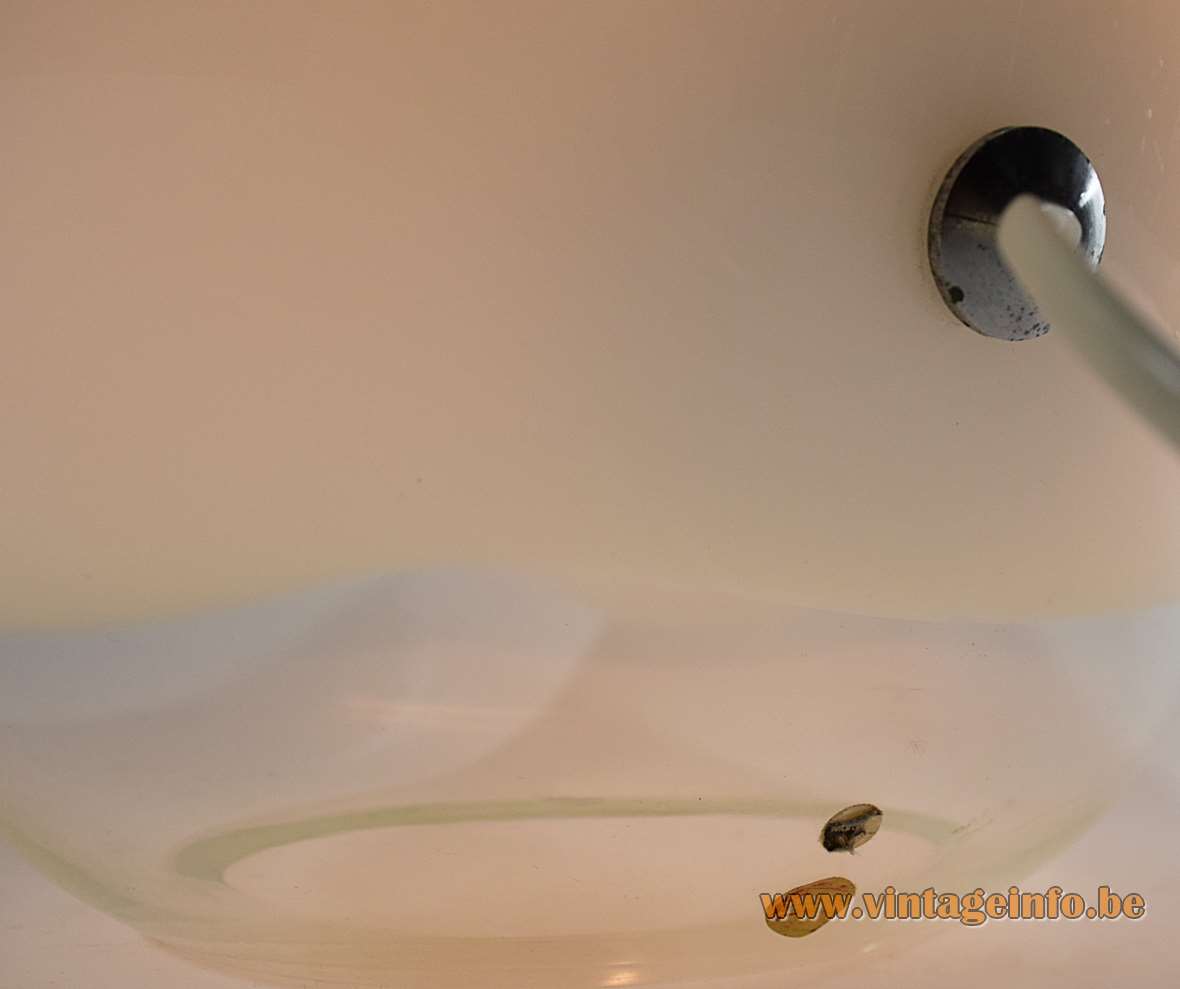 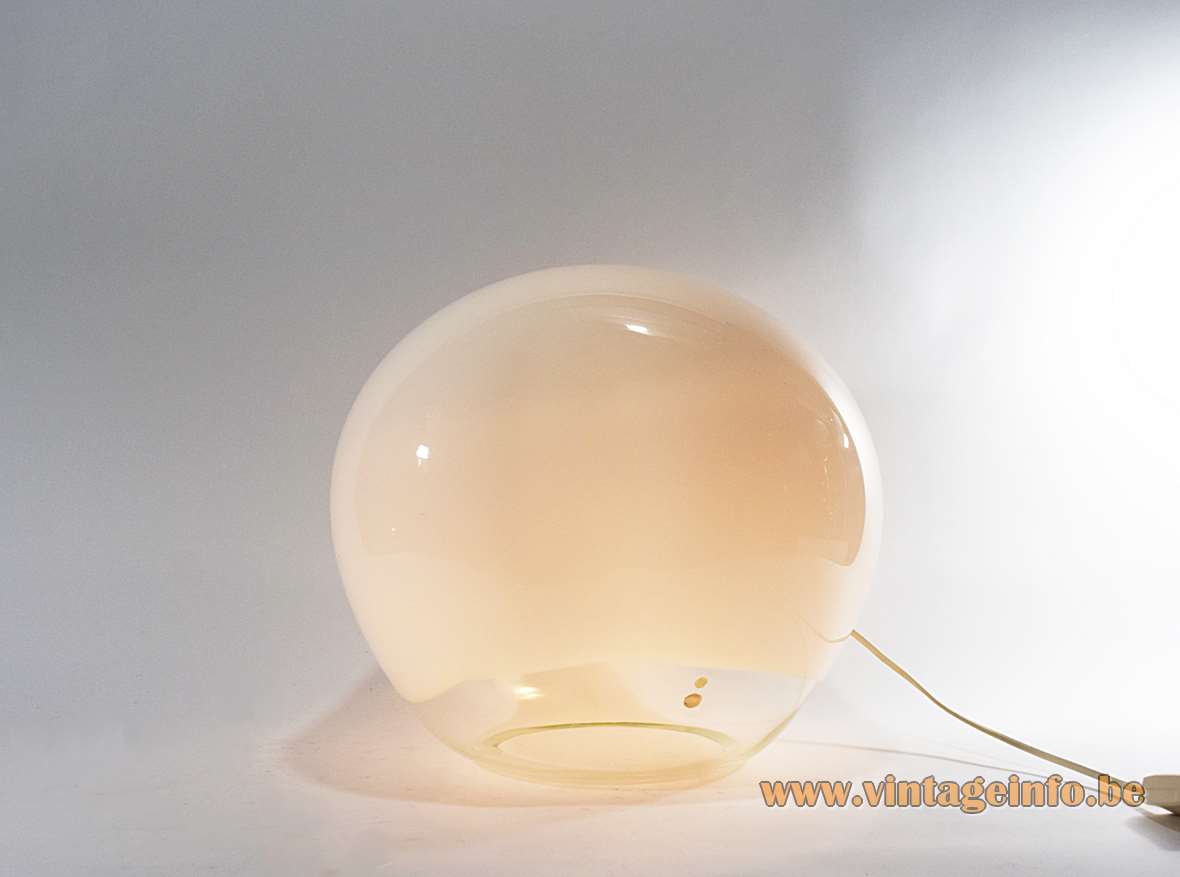 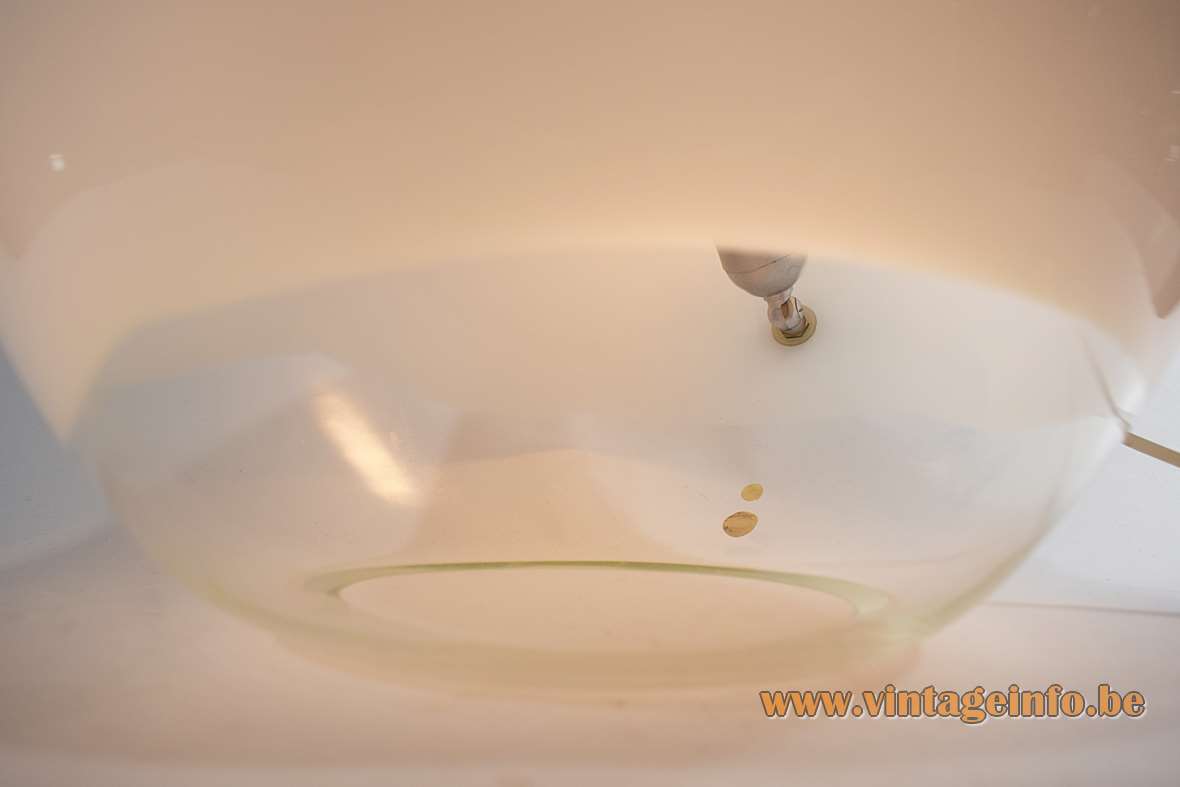 Luciano was constantly searching for absolute designs, leading him to put quality of materials first, closely followed by style. He had a strong belief that drawings were only the starting point of a design, eventually leading to the creation of his glass sculptures. Luciano Vistosi held a vast number of solo exhibitions and took part in various exhibitions around the globe.

Other versions: No other versions of this Luciano Vistosi Nessa table lamp exists. Similar lamps were designed by Luciano and made by Vistosi, but they all have a different name.

This lamp was designed by Luciano Vistosi for Vistosi in Italy in 1972. It is made of hand blown crystal glass, in milky/white and clear glass. None of these lights are exactly the same. The Vistosi and Murano labels are still present. It is a striking piece, being very modern but also at the same time fully displaying the design of the 1960s and 1970s.

“…At home, I rarely heard anyone speak of sculpture: we would only talk about painting. And yet, the forms were there: they were created every day in the furnace. I might say that I have always thought three-dimensionally, in a sculptural way.” (Luciano Vistosi, 2003)

The electric parts of this lamp were made by VLM Components from Buccinasco, near Milan, also in Italy. 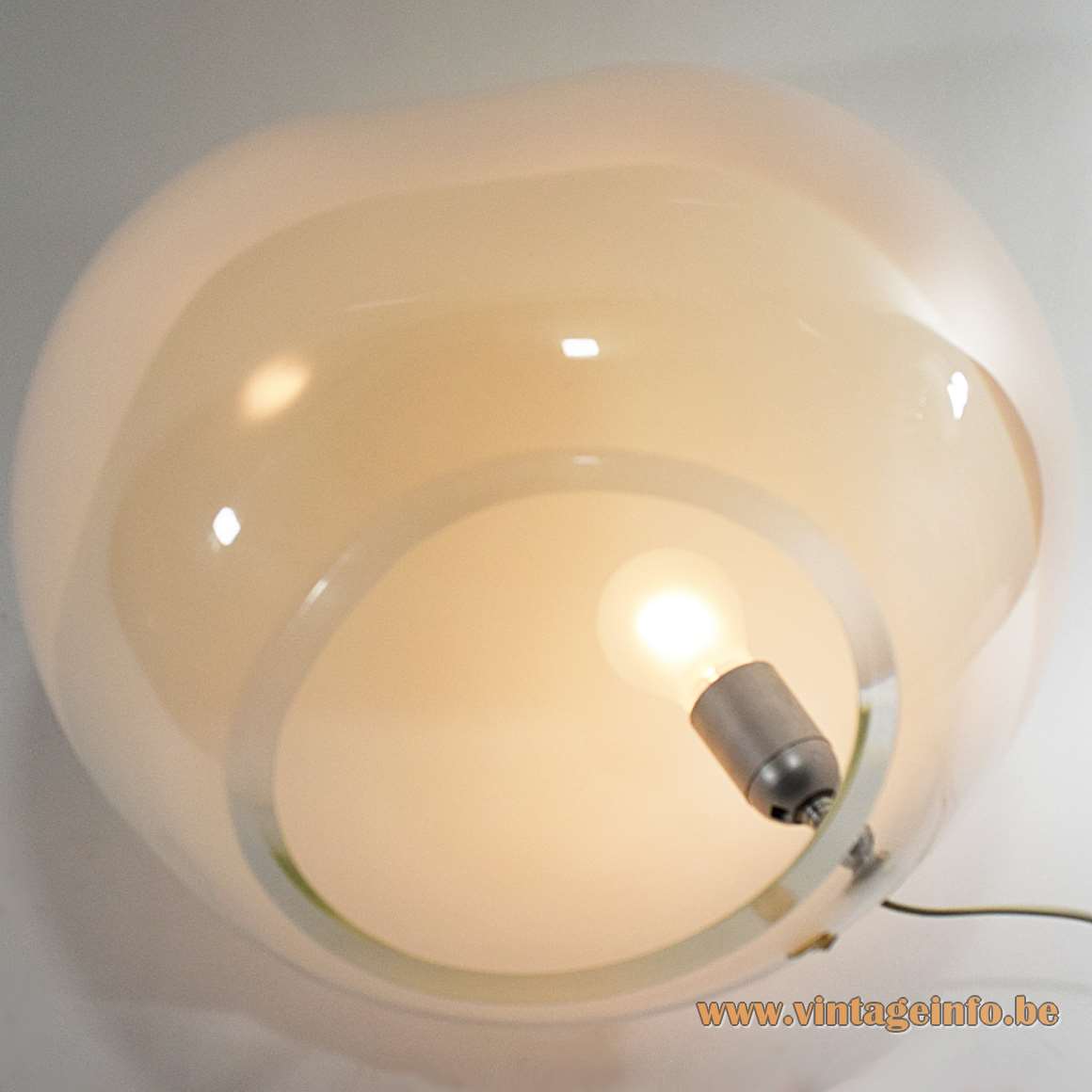 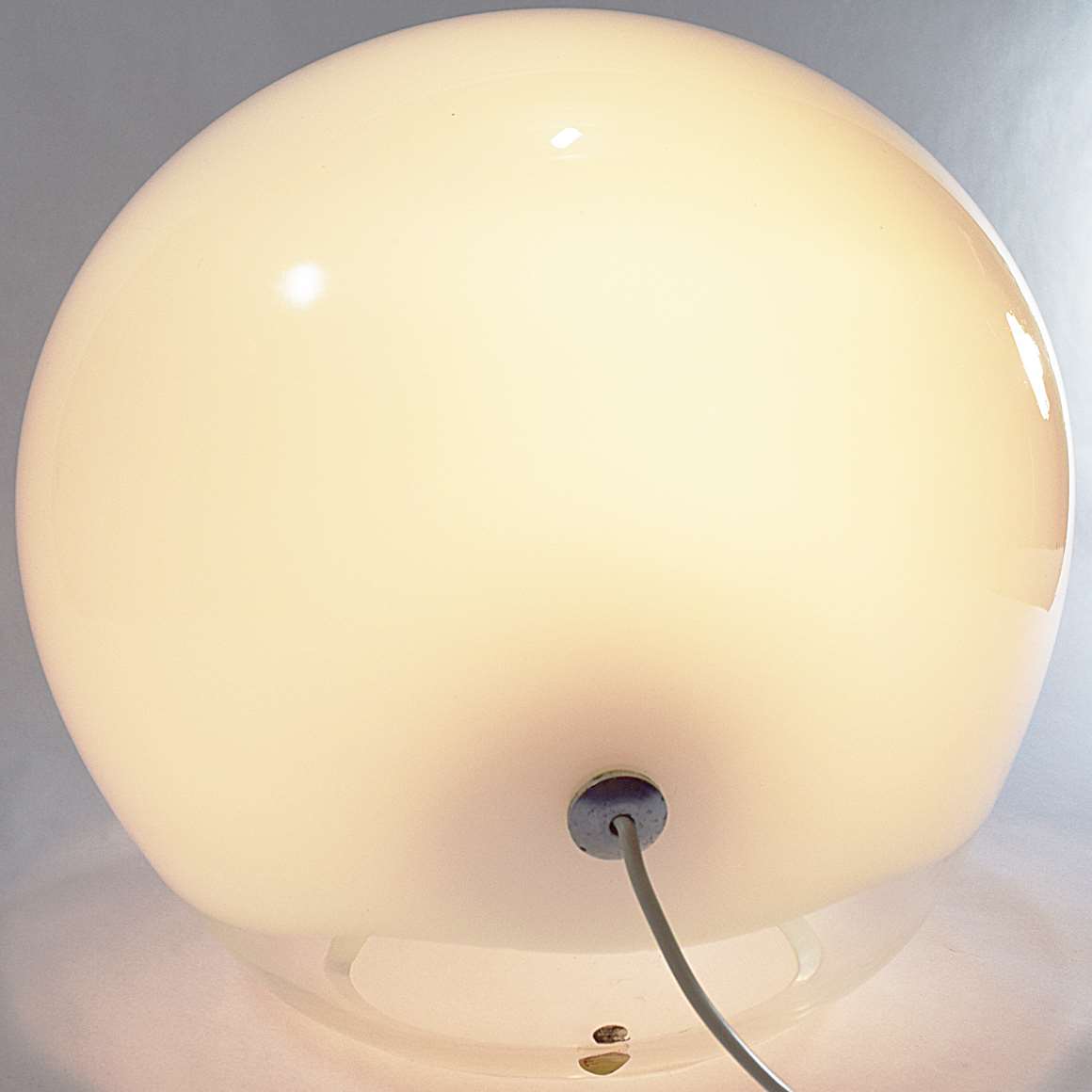 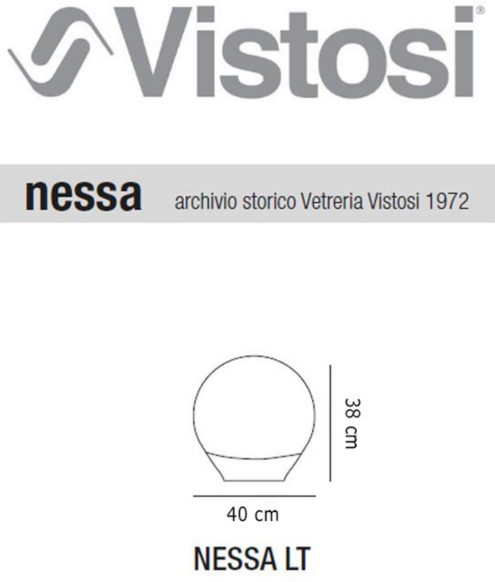