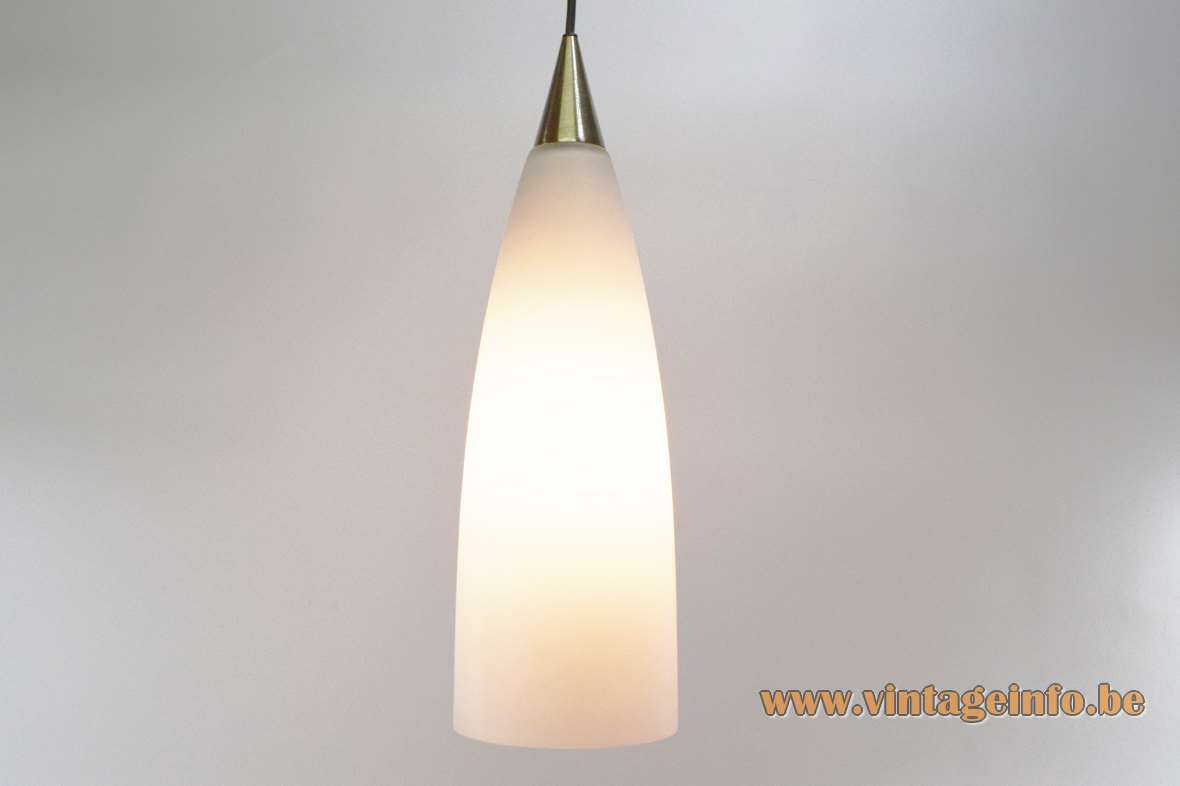 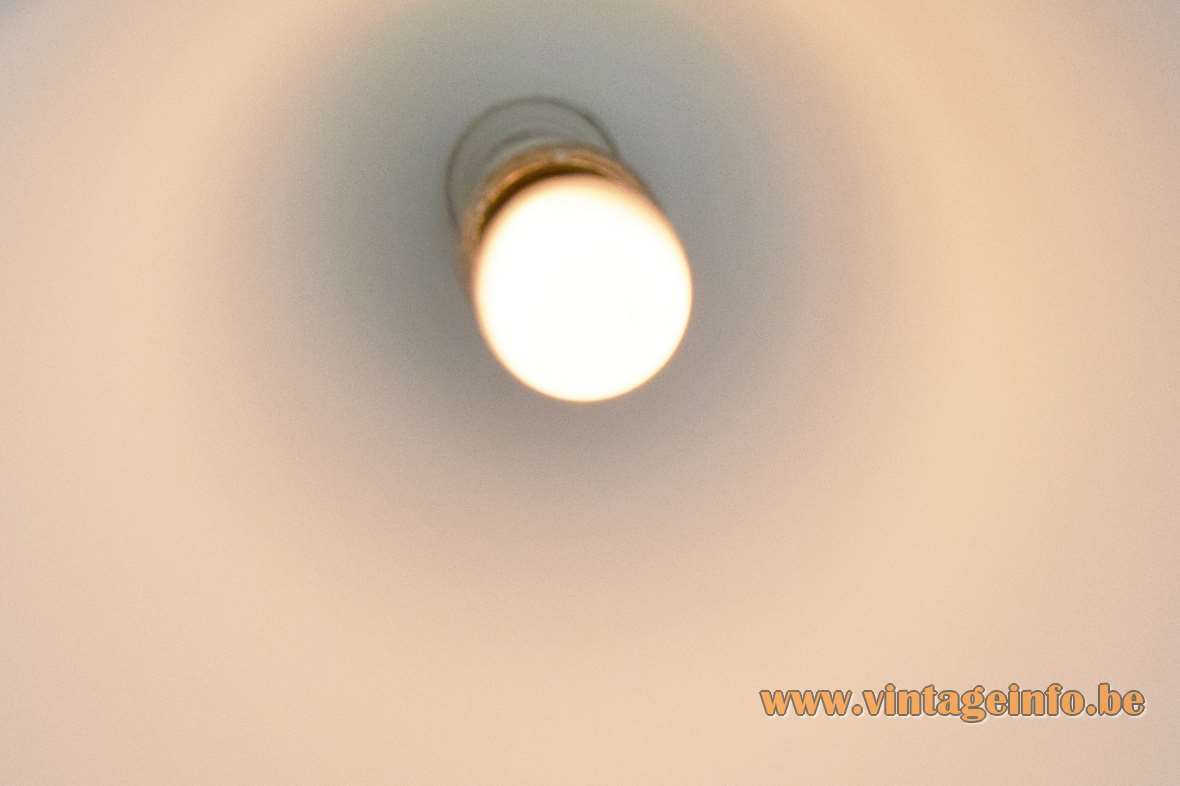 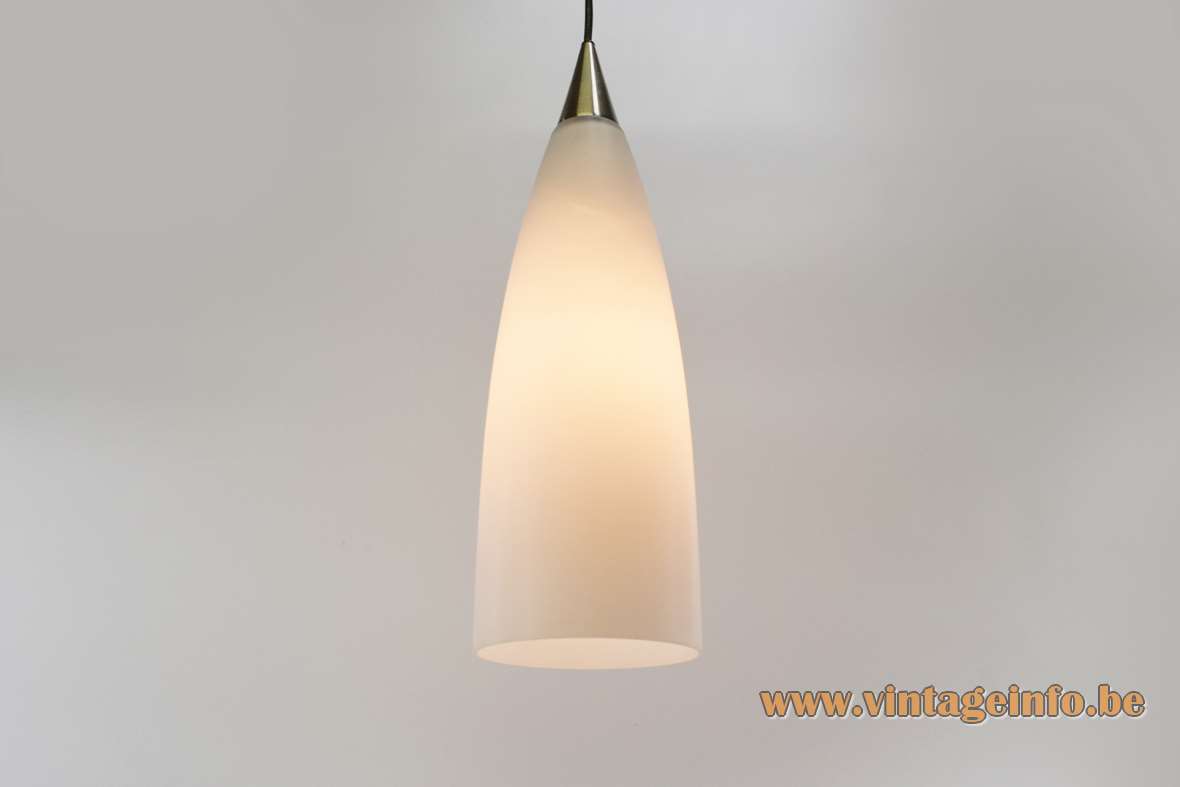 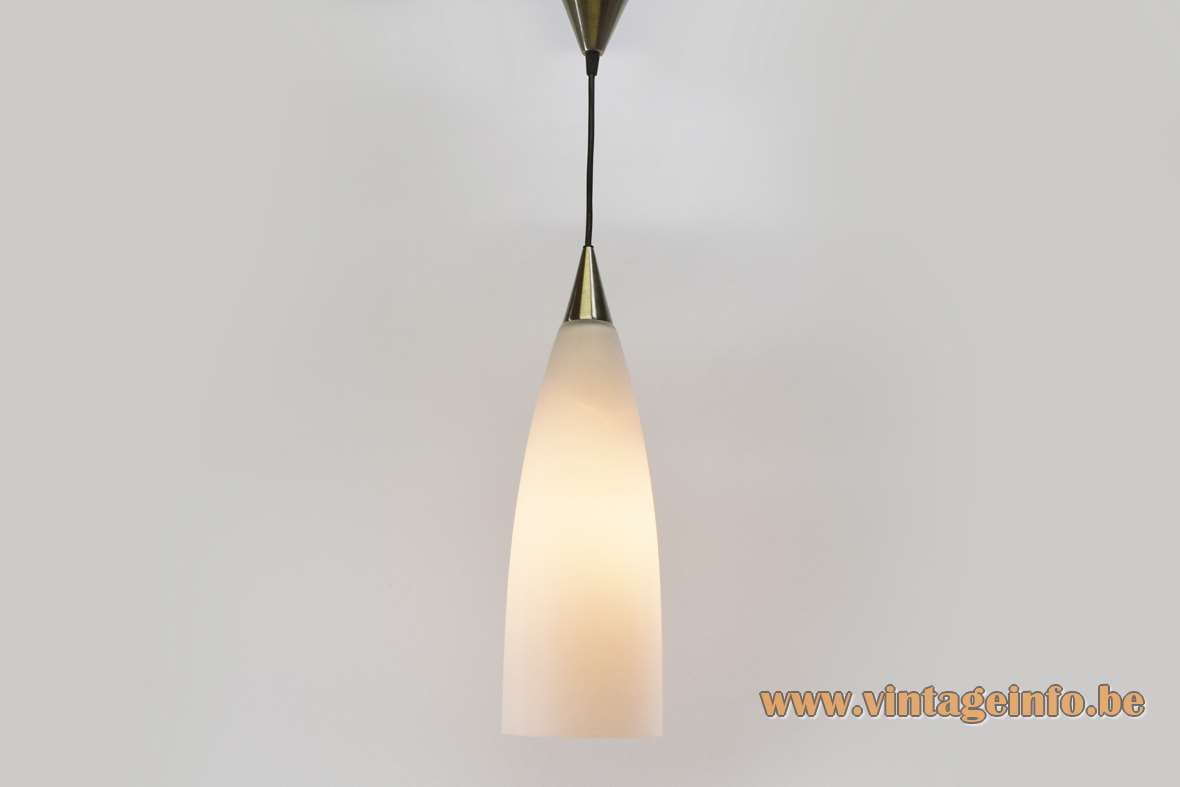 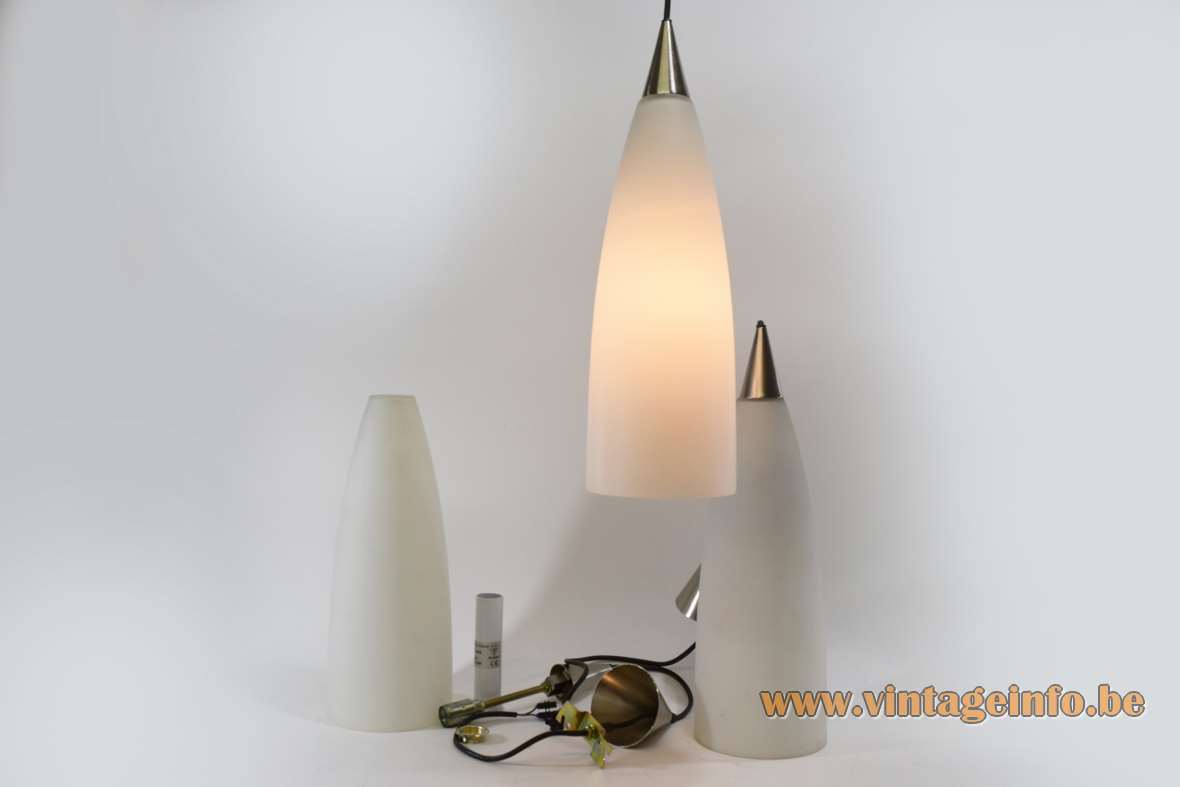 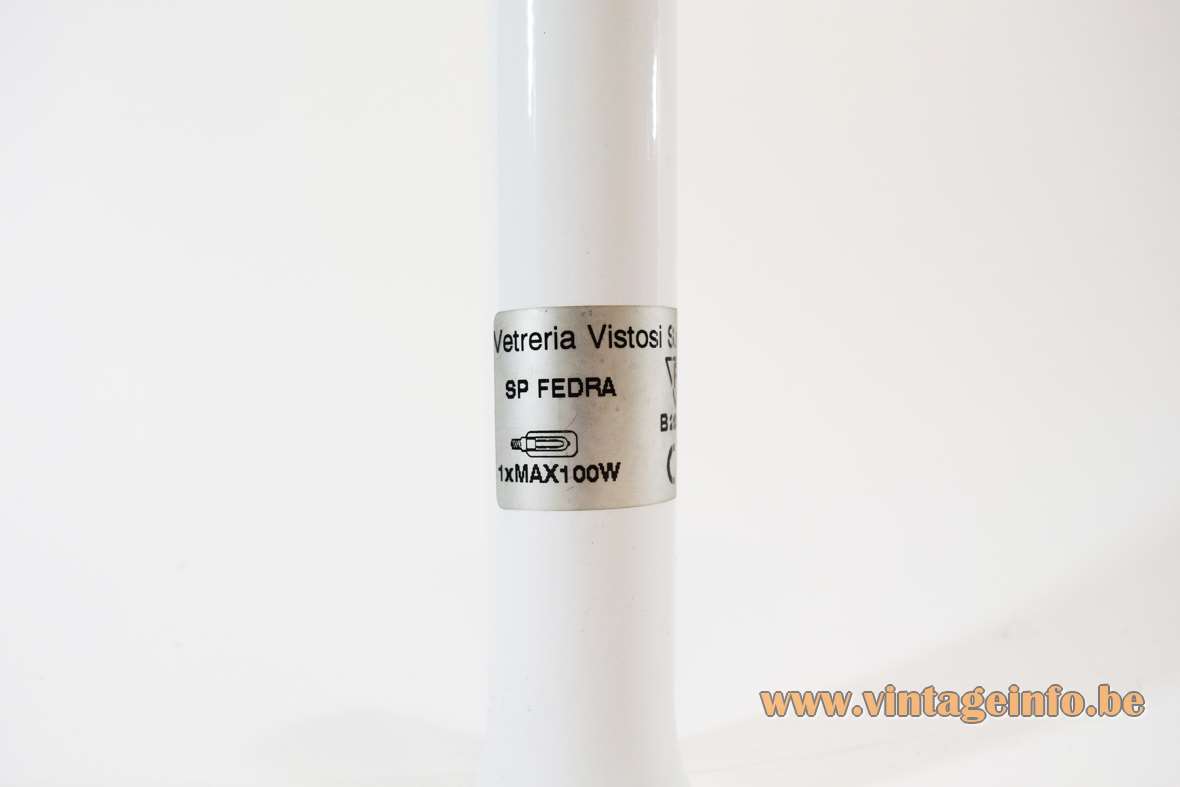 More info about the history of the Vistosi company can be found on their website: vistosi.com/company/history

Electricity: 1 bulb E14 halogen, 1 x 100 watt maximum, 110/220 volt, IP20.
Any type of E14 light bulb can be used. But preferable a white/opaque or frosted one. Bright light bulbs cause streaks on the glass and therefore also on the walls. These 3 lamps have E14 sockets, but the catalogue scheme below says E27. Probably they were made in 2 versions or it’s a typo.

Other versions: This Vetreria Vistosi Fedra pendant lamps exists as a wall lamp (AP) and a floor lamp (PT). Also made in yellow topaz colour. The wall and floor lamp also have a wood decoration. The pendant lamp is model SP. These lamps were at least produced until 2003.

Little is known about Monica Agnolazza. She seems to have disappeared into thin air. Only a text in a Vistosi catalogue tells a story:

“She came into contact with the world of design, thanks to the artistic formation, at first by attending design studies and later by cooperating with firms working in the lighting sector. She has refined her personal style by closely following the carrying out of the projects in the glassworks where she takes care of the technical-productive aspect as well as the organizing.” 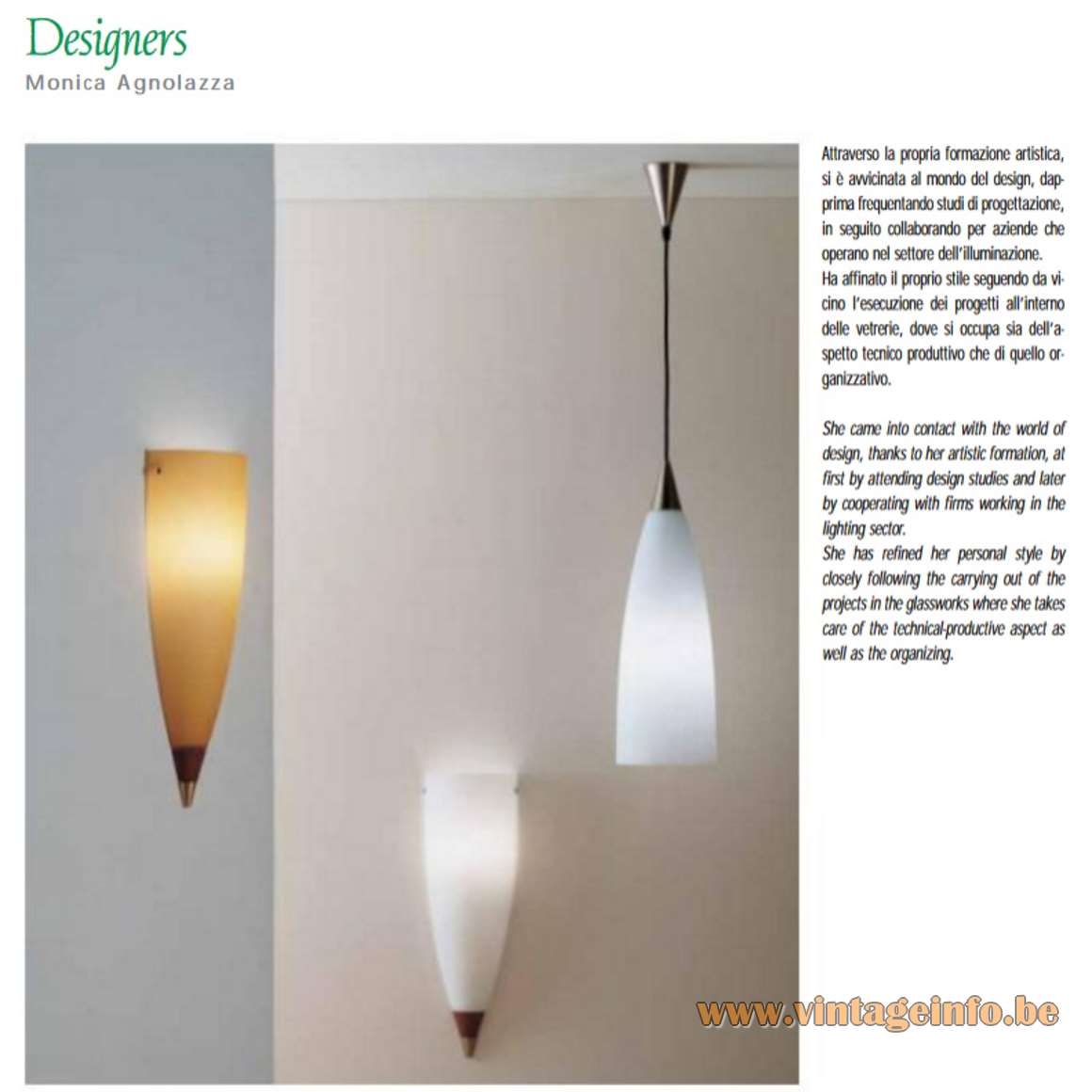 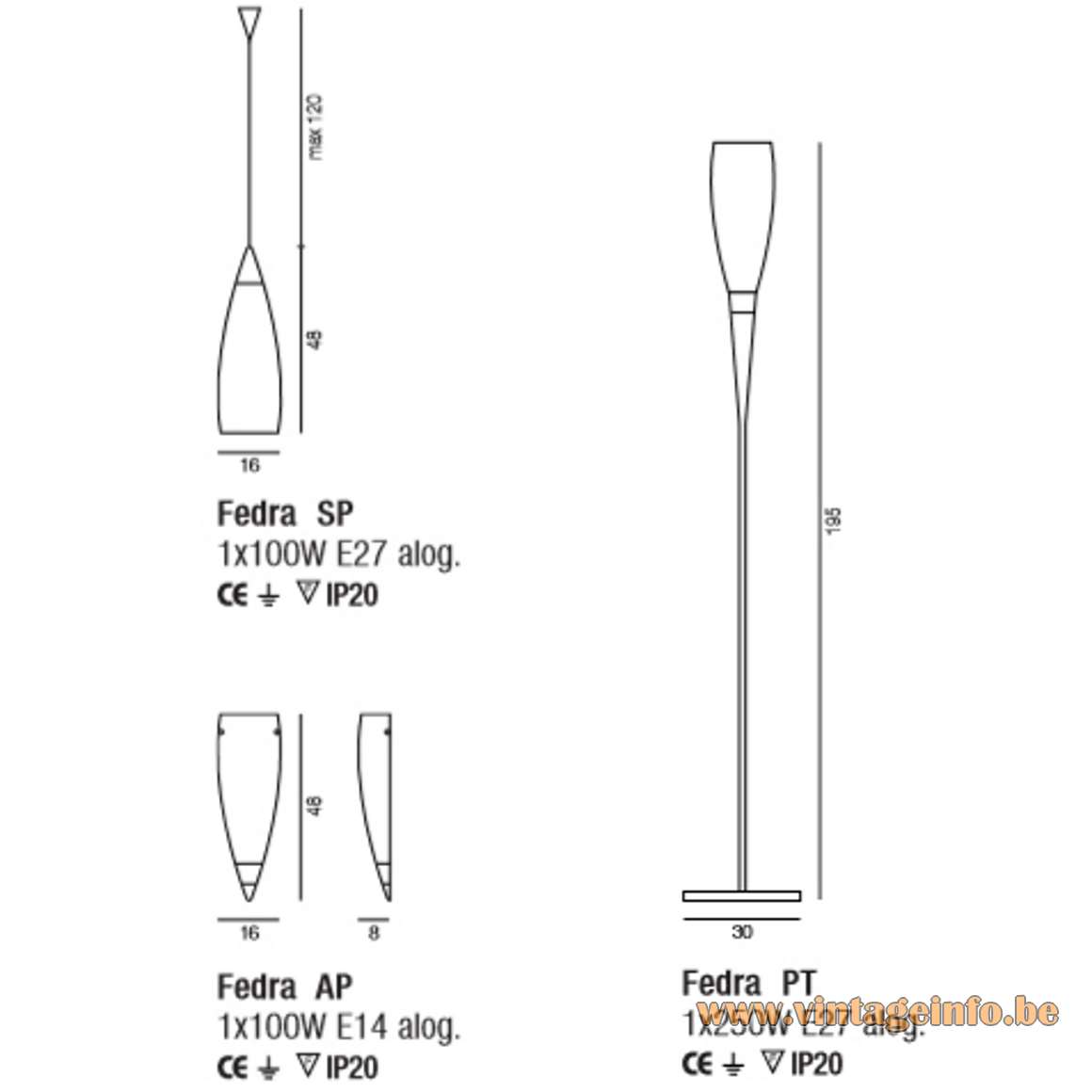