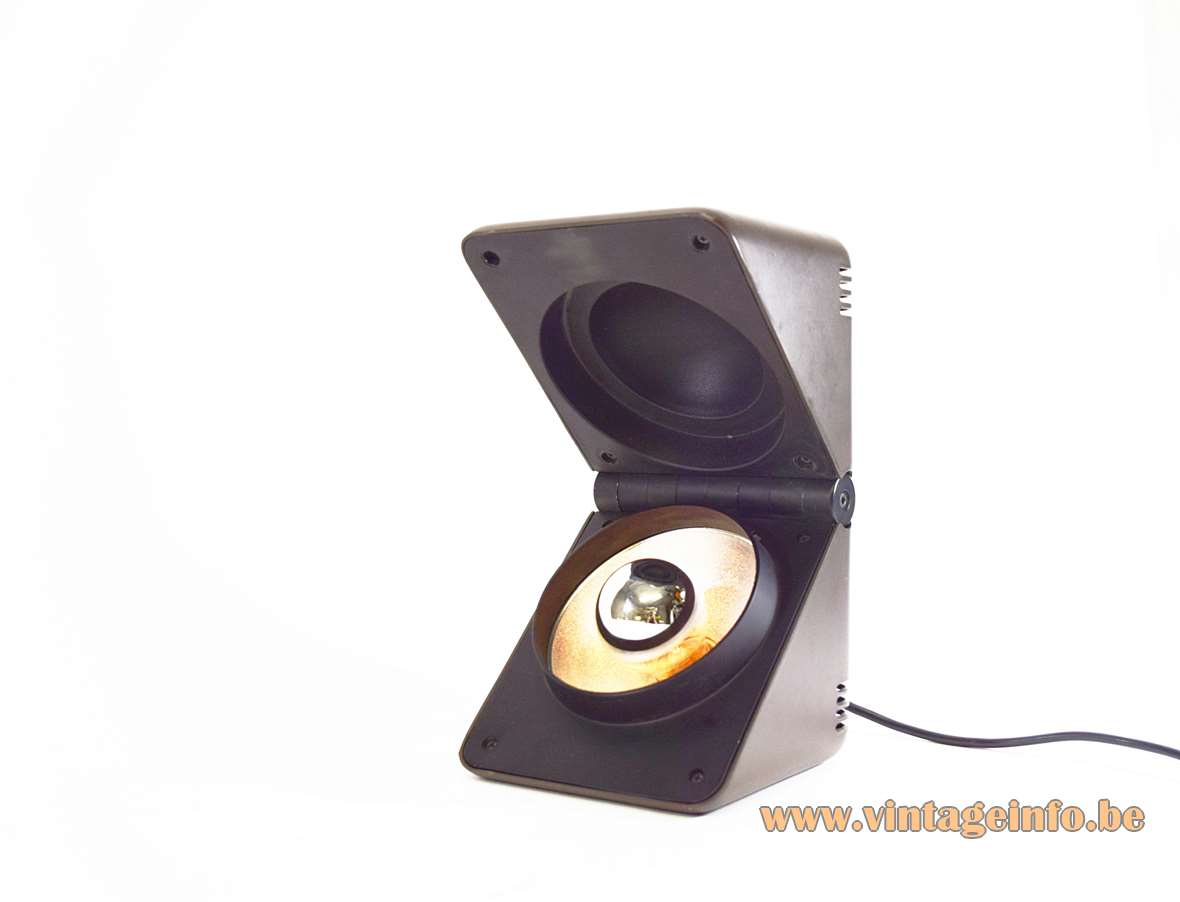 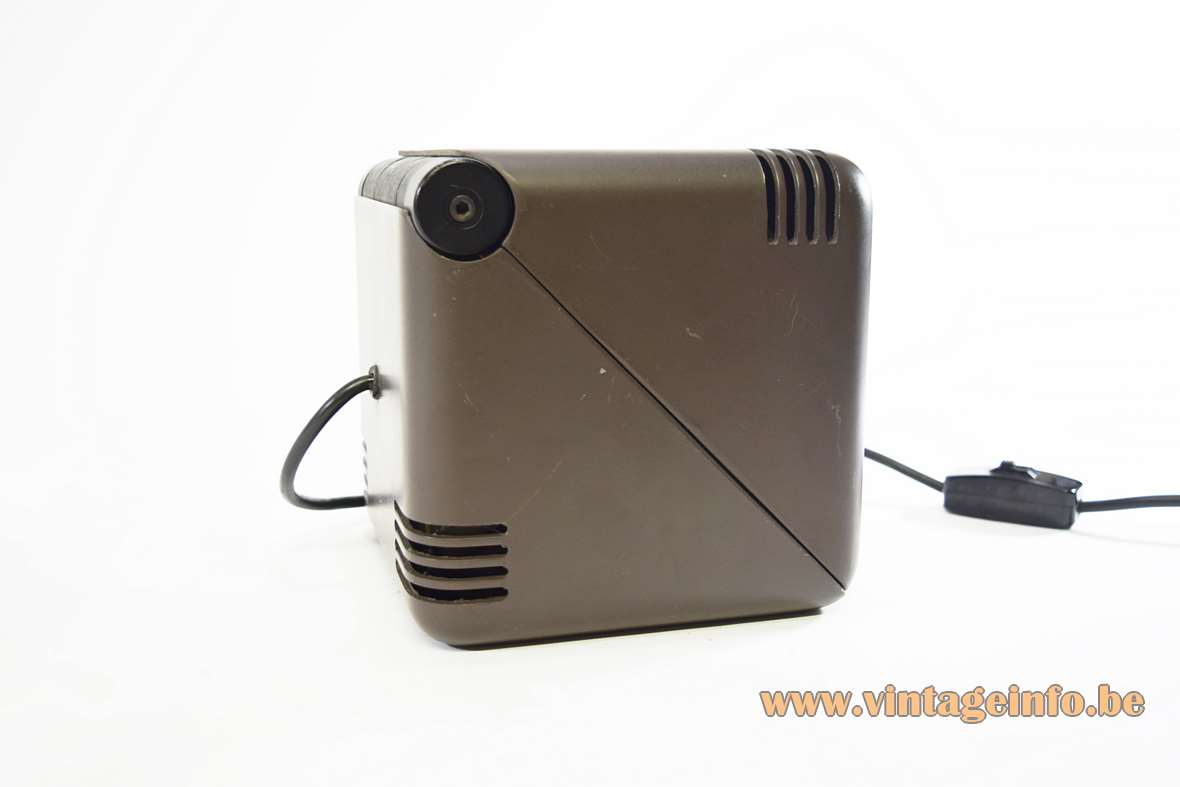 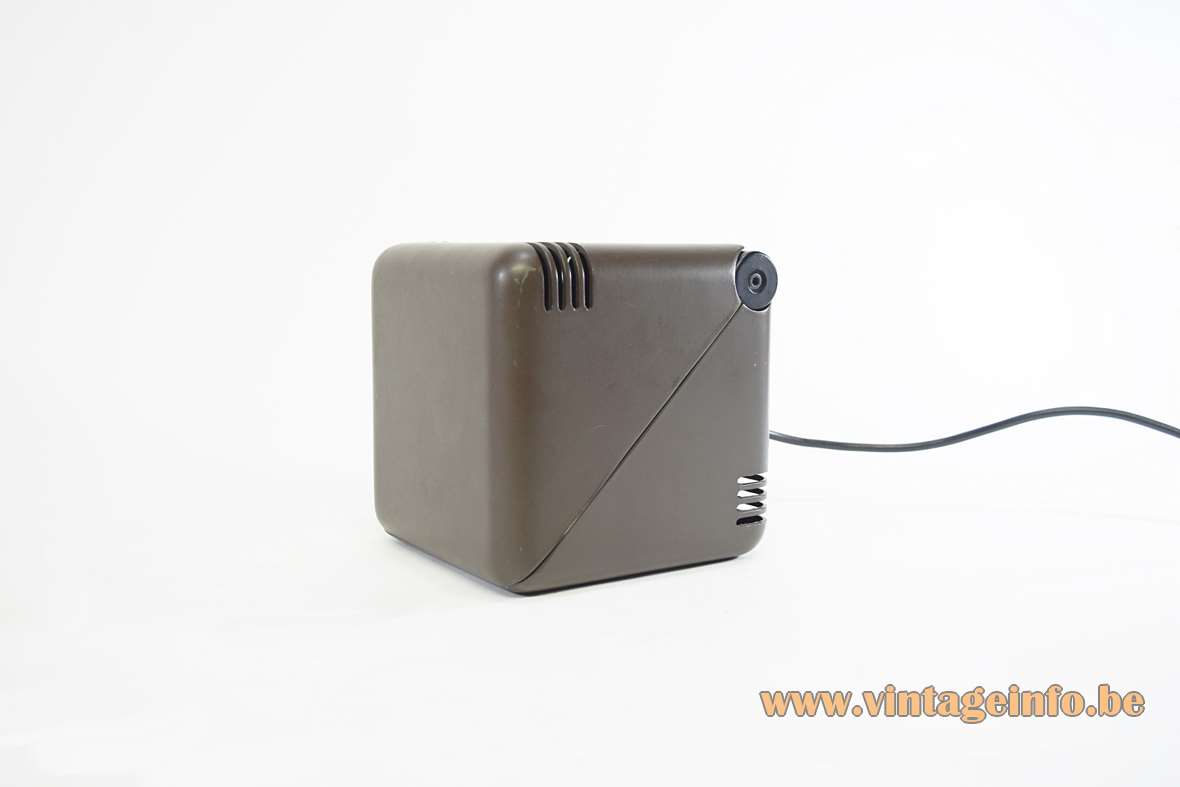 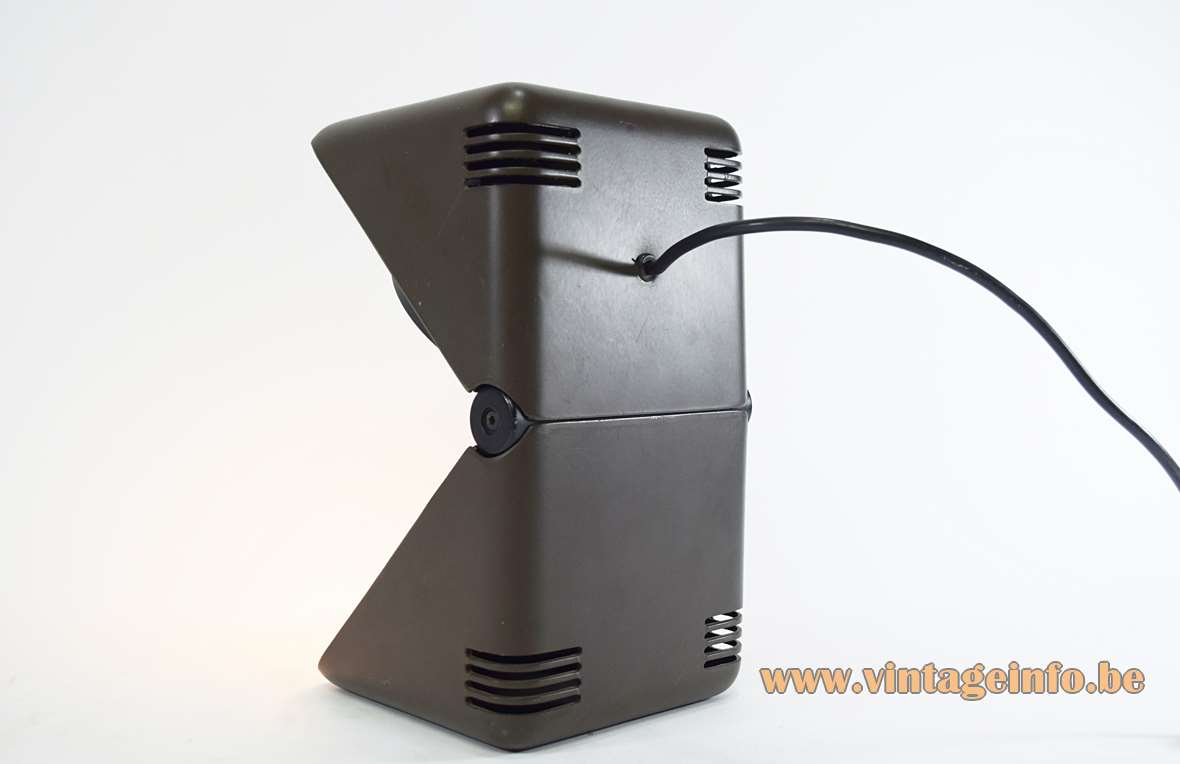 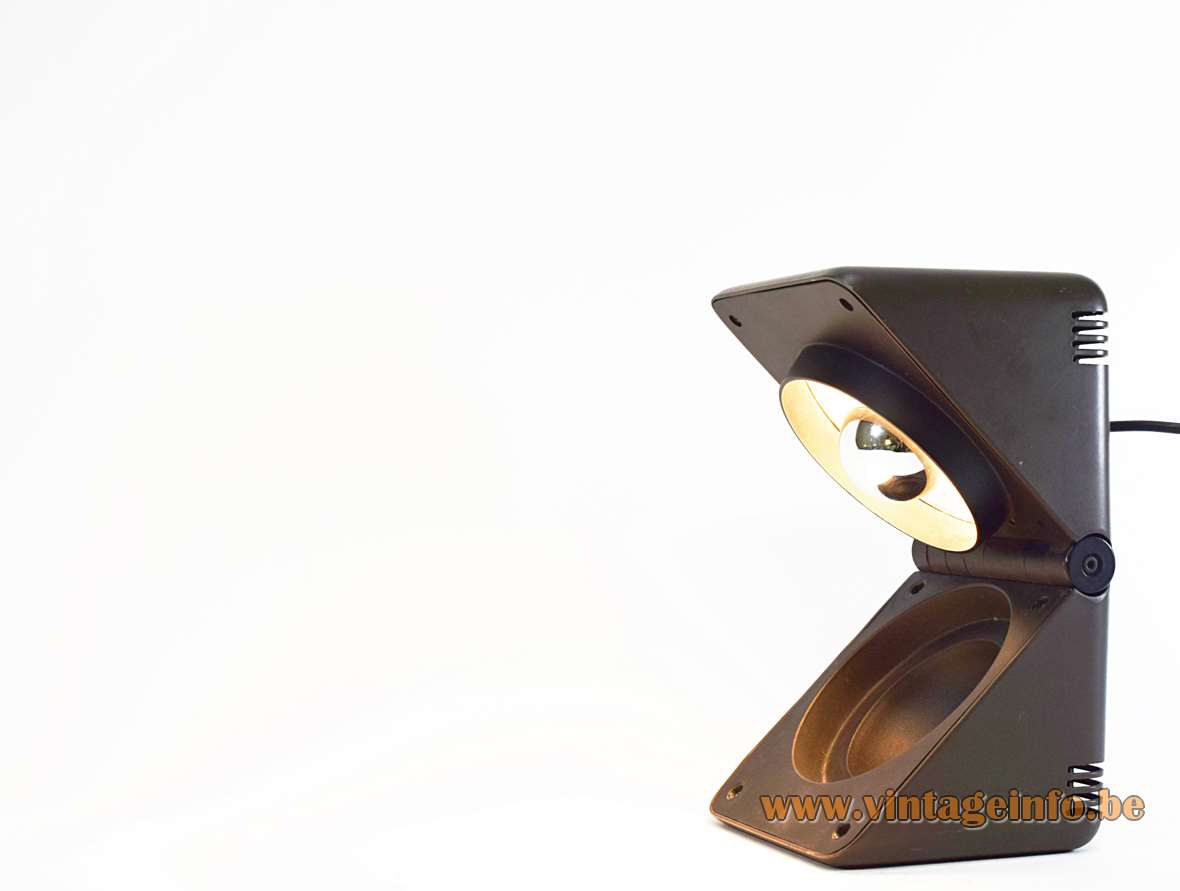 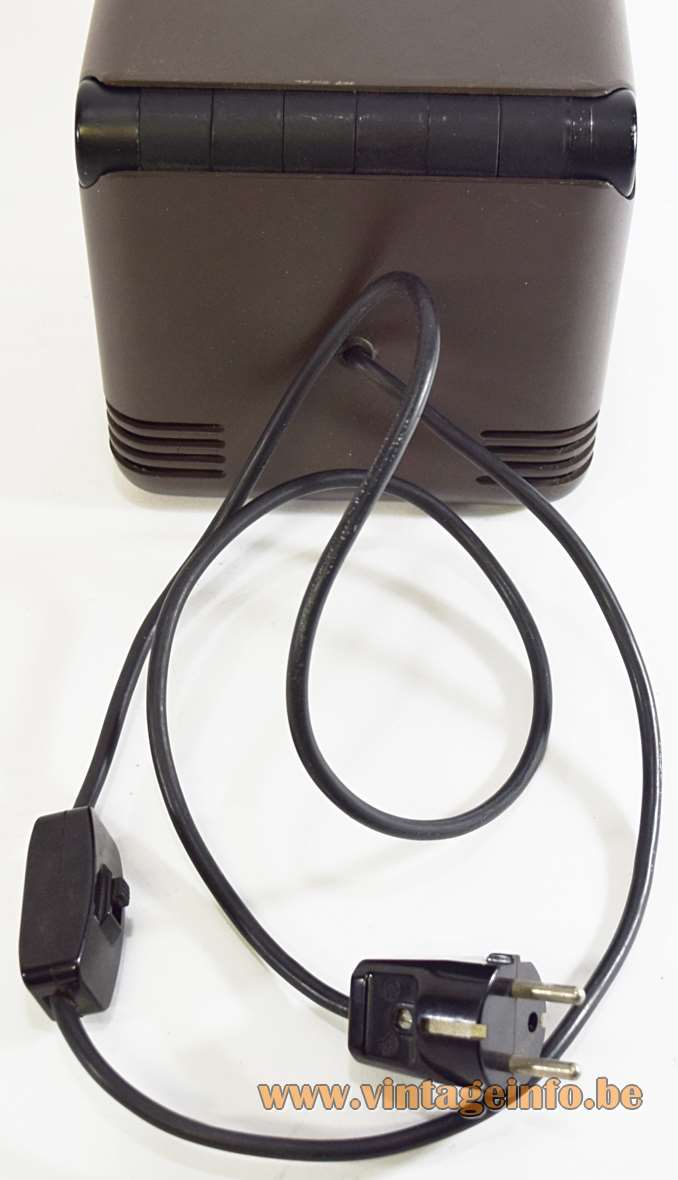 Other versions: This 1970s foldable cube table lamp was at least also made in red, white and black. The name of this lamp is Box.

This table lamp has many similarities with the Dado table lamp designed by Cesare Casati in the 1970s and produced by the famous Italian company Martinelli Luce. 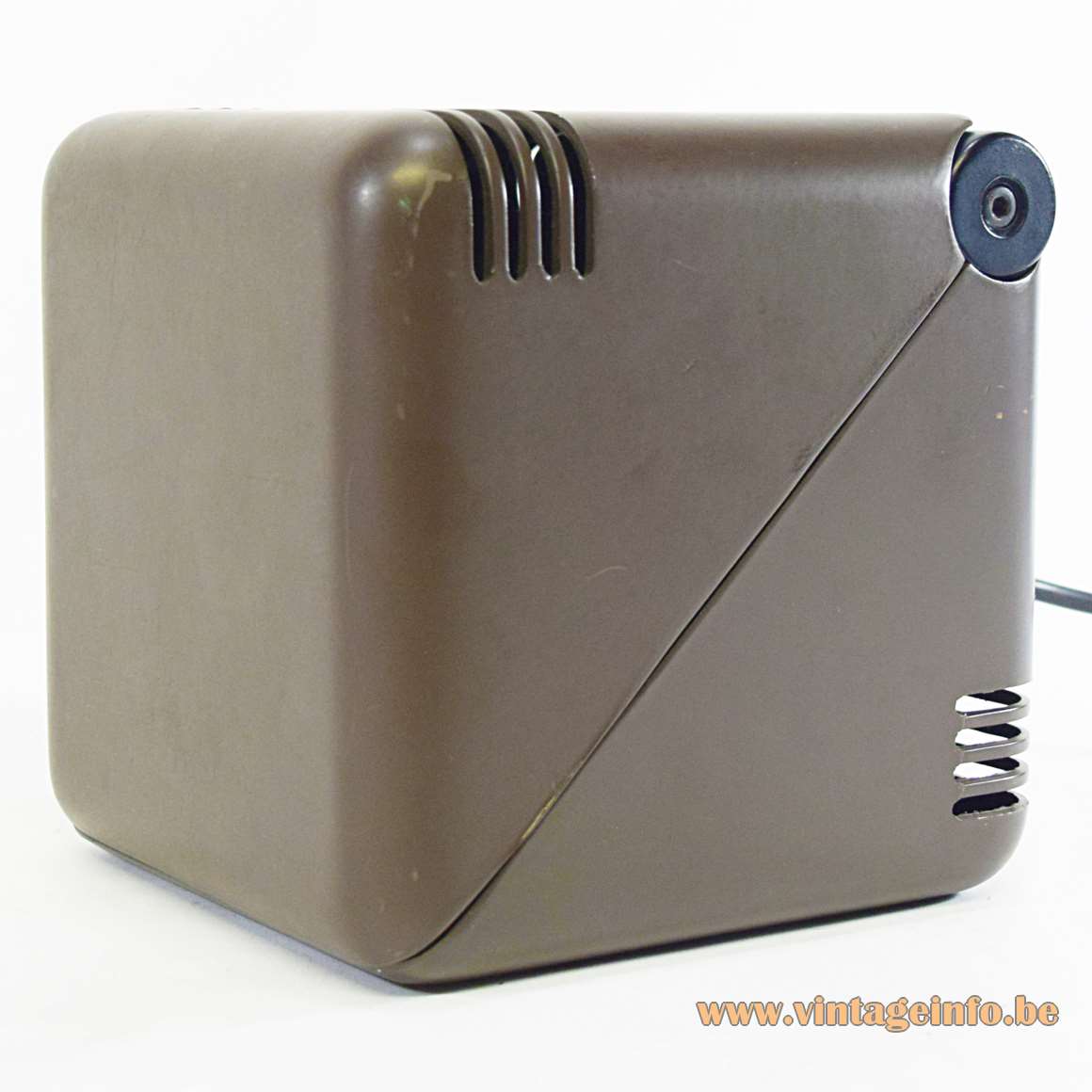 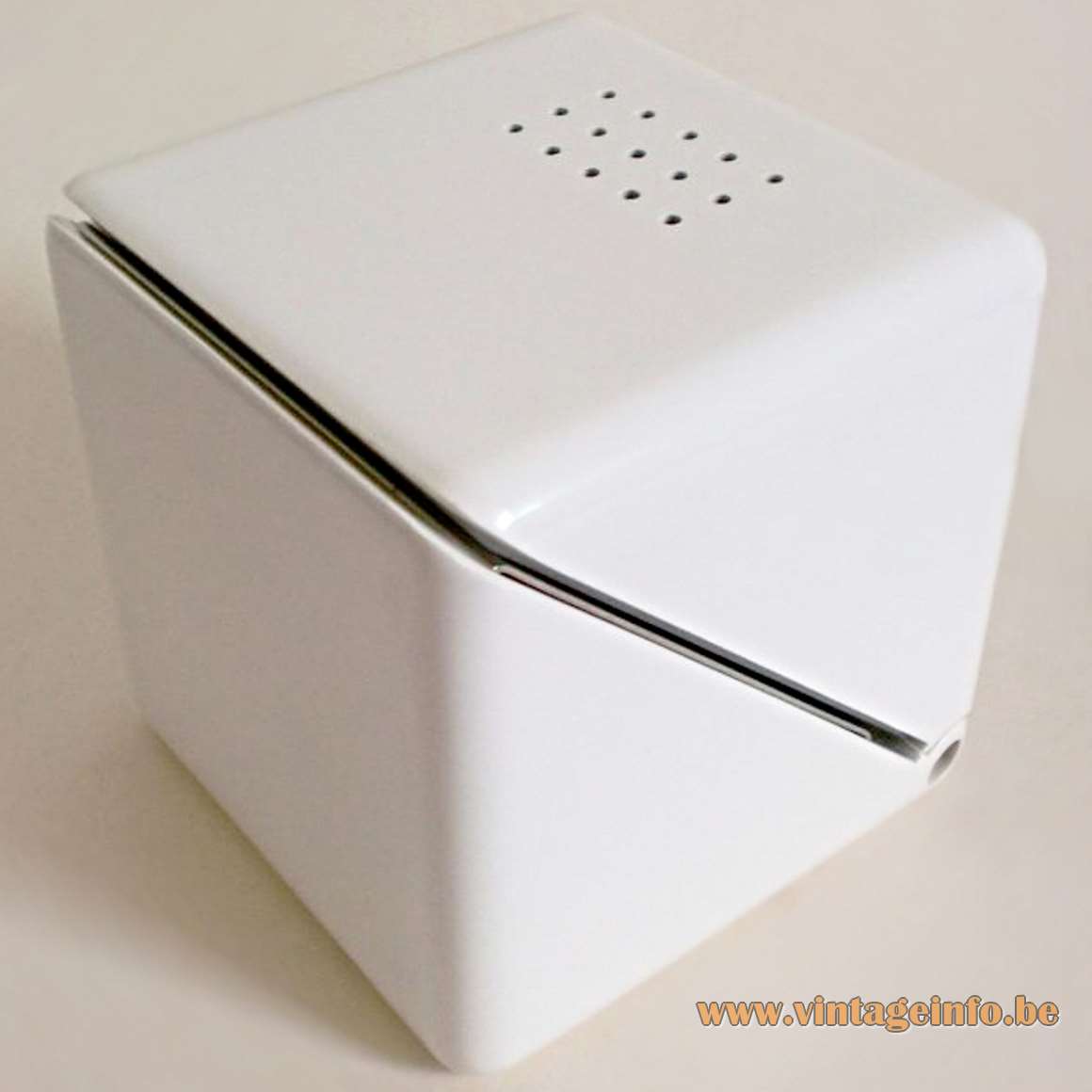 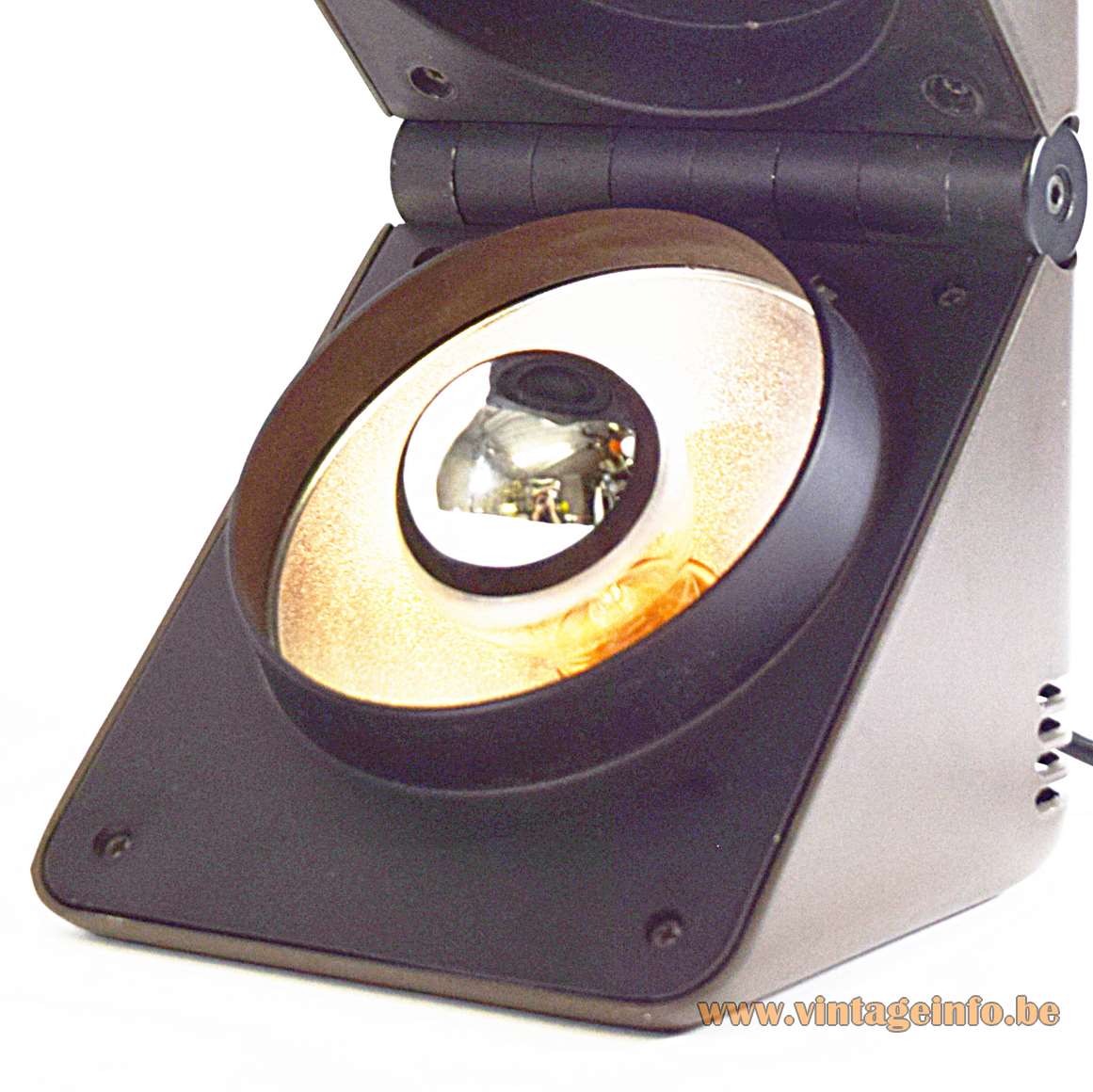 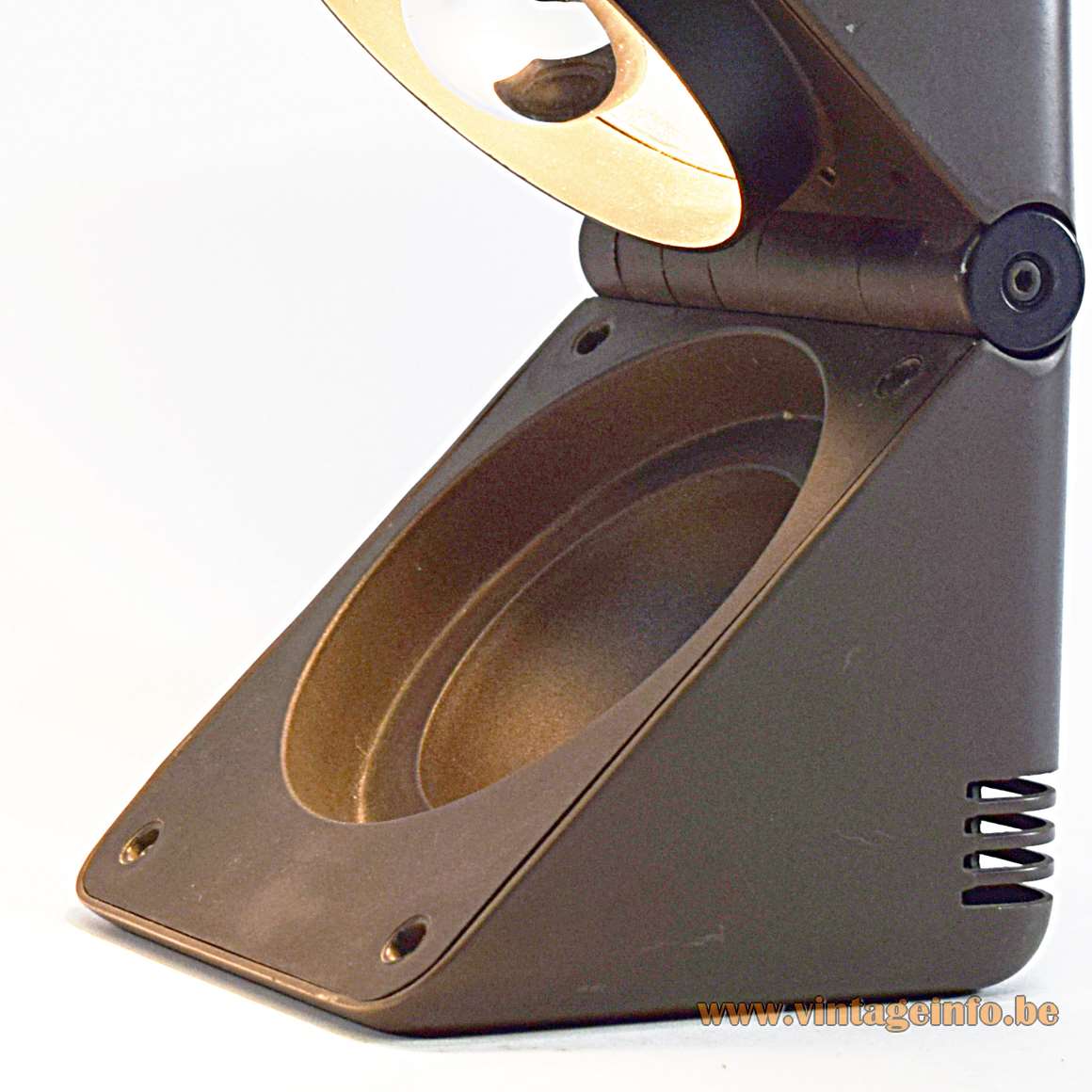