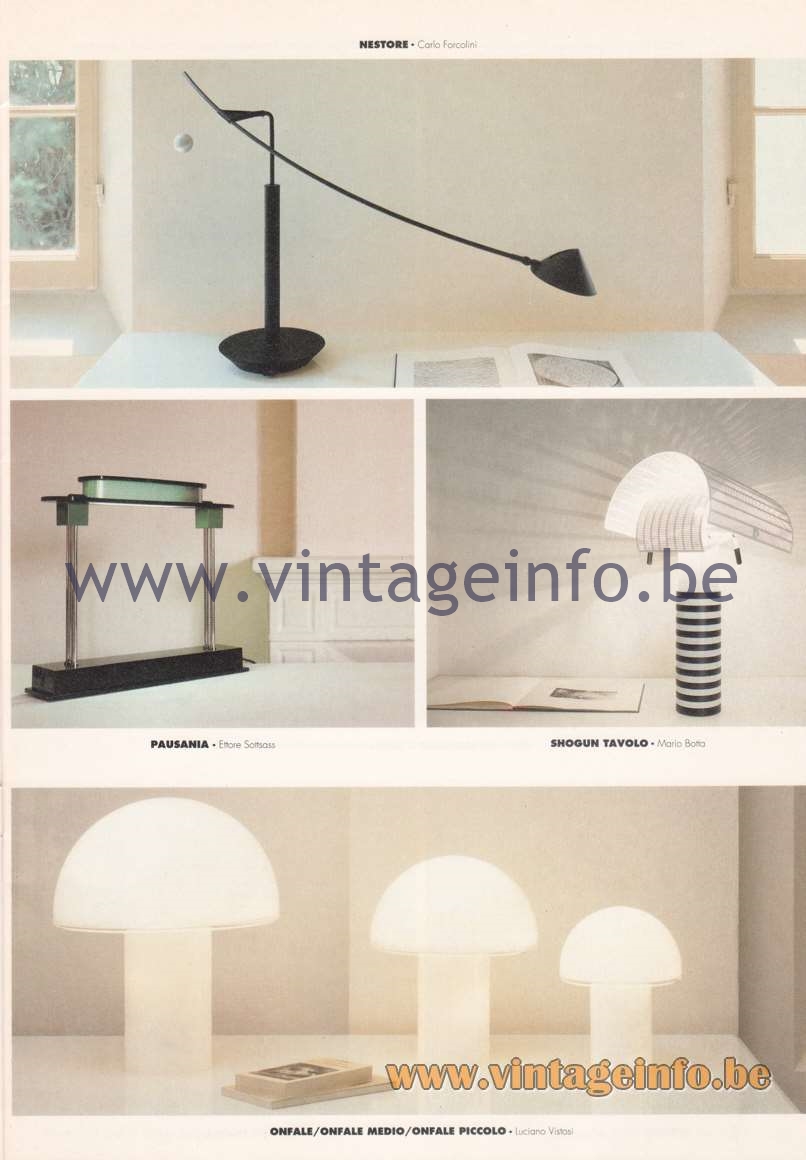 The wiring, plug, switch and socket of this Luciano Vistosi Onfale table lamp were made by VLM Components from Buccinasco near Milan, Italy in the 1970s, early 80s.

VLM Components became famous for the switches they produce since 1968, designed by Achille Castiglioni. You can find them over here.

The Onfale table lamp was designed for Artemide in Italy in 1978. It is in production ever since. This one is a first edition, to see on the wiring made by VLM Components.

The Onfale table lamps are produced by Leucos for Artemide. Sometimes you find them with the 048 Murano label of the company.

“…At home, I rarely heard anyone speak of sculpture: we would only talk about painting. And yet, the forms were there: they were created every day in the furnace. I might say that I have always thought three-dimensionally, in a sculptural way.” (Luciano Vistosi, 2003)

Born February 24th, 1931 on the Murano Island, Luciano Vistosi was constantly searching for absolute designs, leading him to put quality of materials first, closely followed by style. He had a strong belief that drawings were only the starting point of a design, eventually leading to the creation of his glass sculptures. Luciano held a vast number of solo exhibitions and took part in various exhibitions around the globe. He passed away in Venice on May 14th 2010.

A Luciano Vistosi Onfale table lamp was used as a prop in the 2021 Italian film Appunti Di Un Venditore Di Donne (Notes Of A Female Salesman). Starring Mario Sgueglia, Miriam Dalmazio and Libero De Rienzo. Many other Italian lamps appear in this movie.

Other lamps made by Artemide