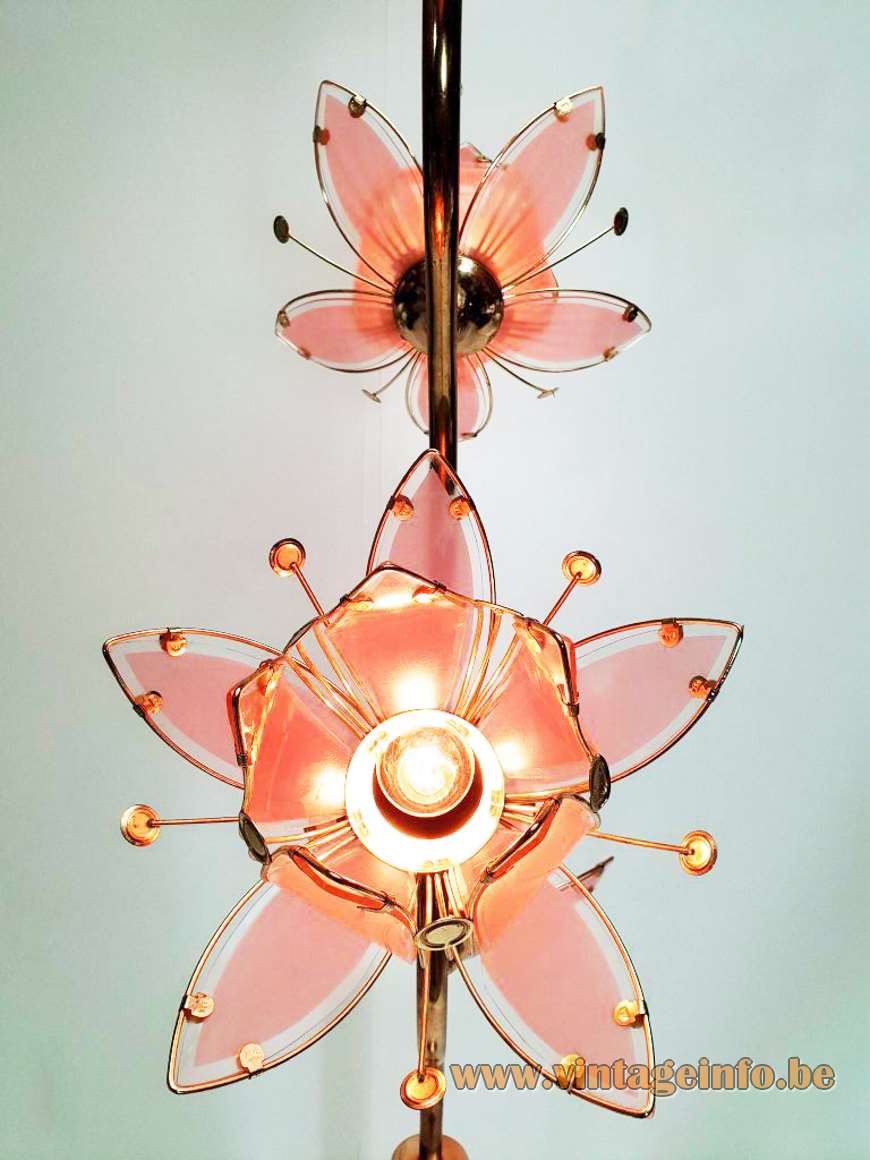 A lotus flowers floor lamp was used as a prop in the 1997 American crime film Jackie Browne. Starring Pam Grier, Samuel L. Jackson and Robert Forster. Here together with some other lamps that were popular at that time. 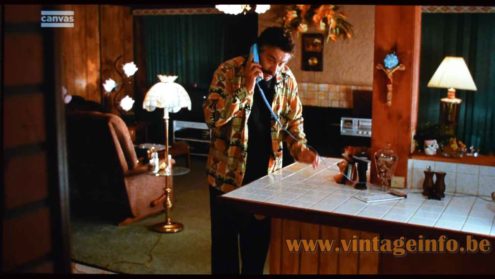 Another (broken) version of the lotus flowers floor lamp was used as a prop in the British dystopian horror film High-Rise from 2015. Starring Tom Hiddleston, Jeremy Irons and Sienna Miller. The film is set in a luxury tower block during the seventies, so this lamp is a mistake. It did not exist at that period. Many other lamps appear in this film. You can find them over here. 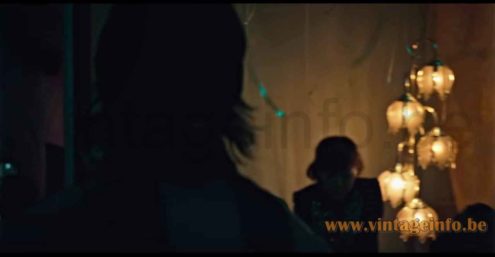 Other versions: This Lotus flowers floor lamp also exists in white and black and in chrome. This one is model K9334G. Old versions have a gold paper label with “made in Hong Kong” on the base.

Made in several variations and colours and made as table lamps, chandeliers and wall lamps. A lotus flower chandelier with brown leaves can be found here, on Vintageinfo.

These floor lamps are made for a long time, at least since the 1990s and they are still for sale. In Europe they were sold by Massive. They were also for sale in DIY stores in the 1990s.

In the USA it is The Home Depot, Hayneedle, Wallmart and several others who sells these lamps today. Ore International Inc. from California is the importer. Online for sale on many websites such as Amazon for +- 200 euro. Search for Ore International K9334 floor lamp and you find many of them, or click on the link below.

The Huizhou Homelighting Technology Co., Ltd. is a Chinese manufacturer. Today (2020) they still produce several lamps in this style and they sell them on the Alibaba website.

Another version of the lotus flowers floor lamp was used as a prop in the first episode of the 2019 Netflix black comedy drama TV series After Life. Starring Ricky Gervais, Penelope Wilton and David Bradley. 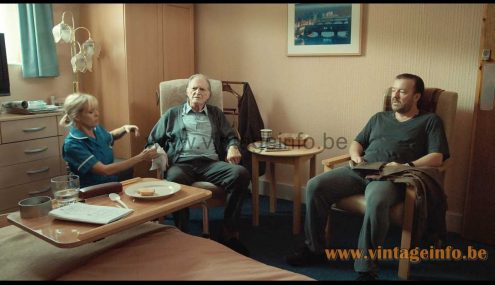