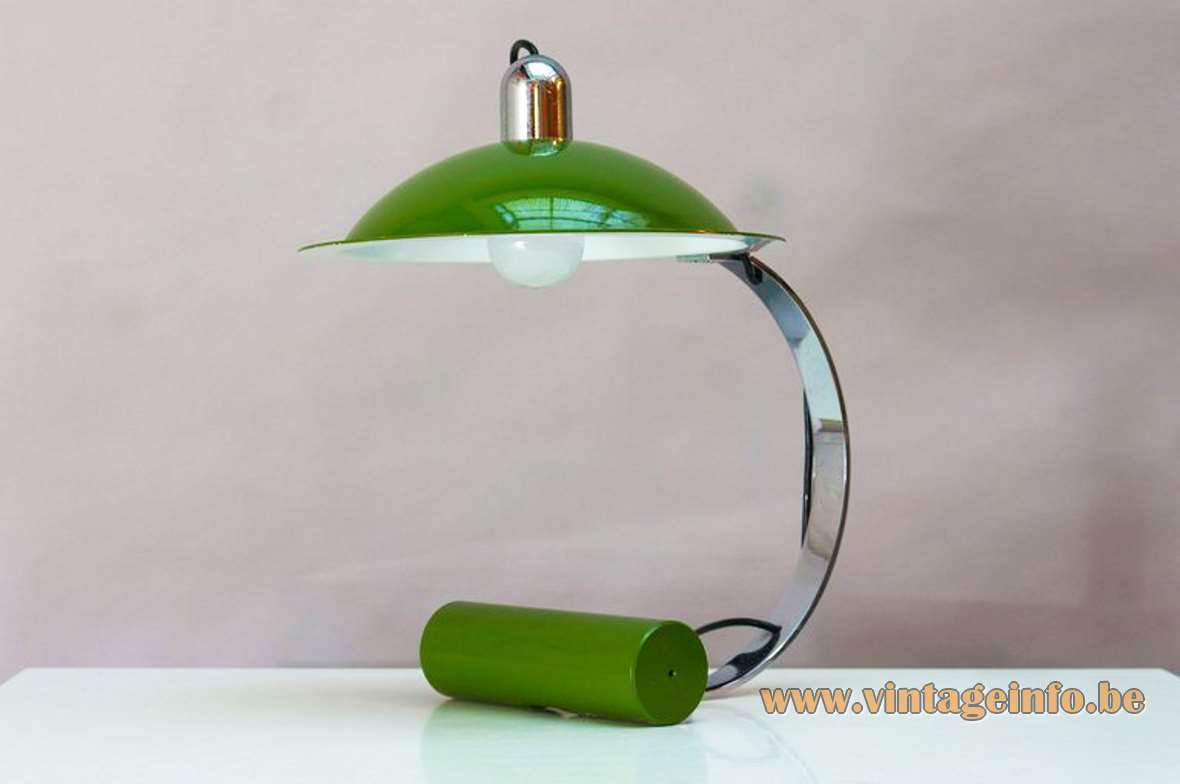 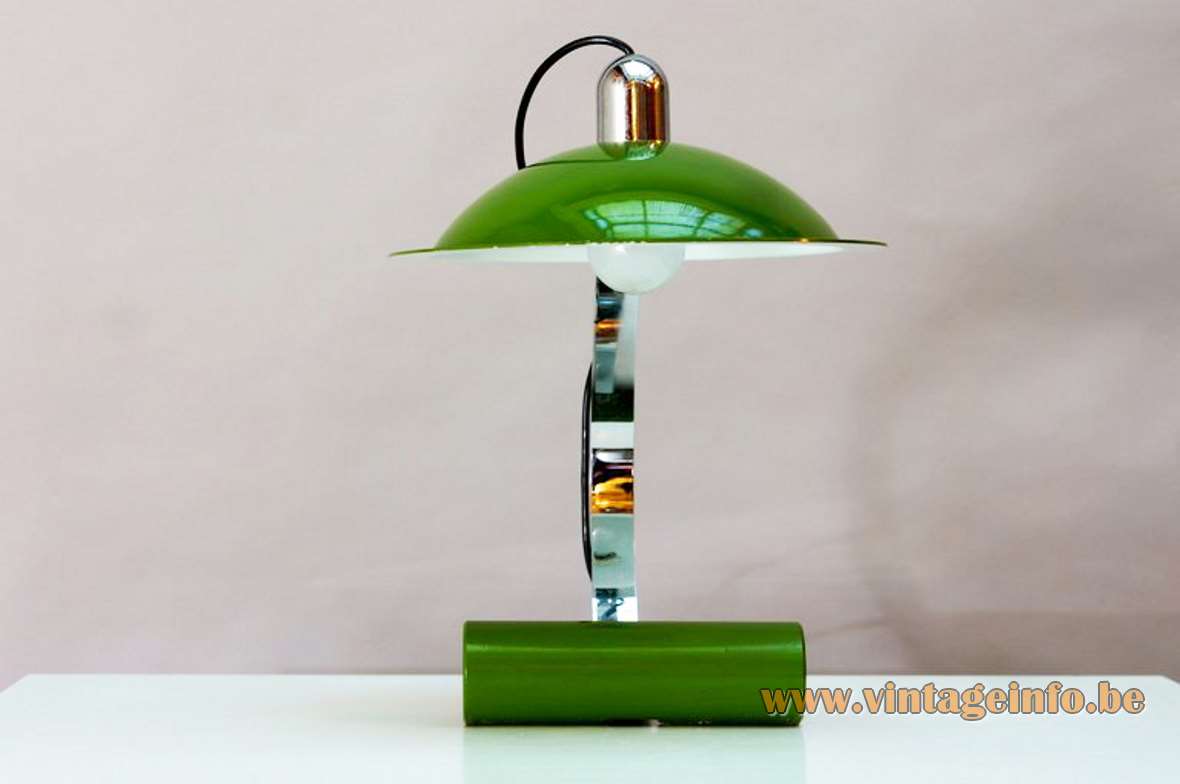 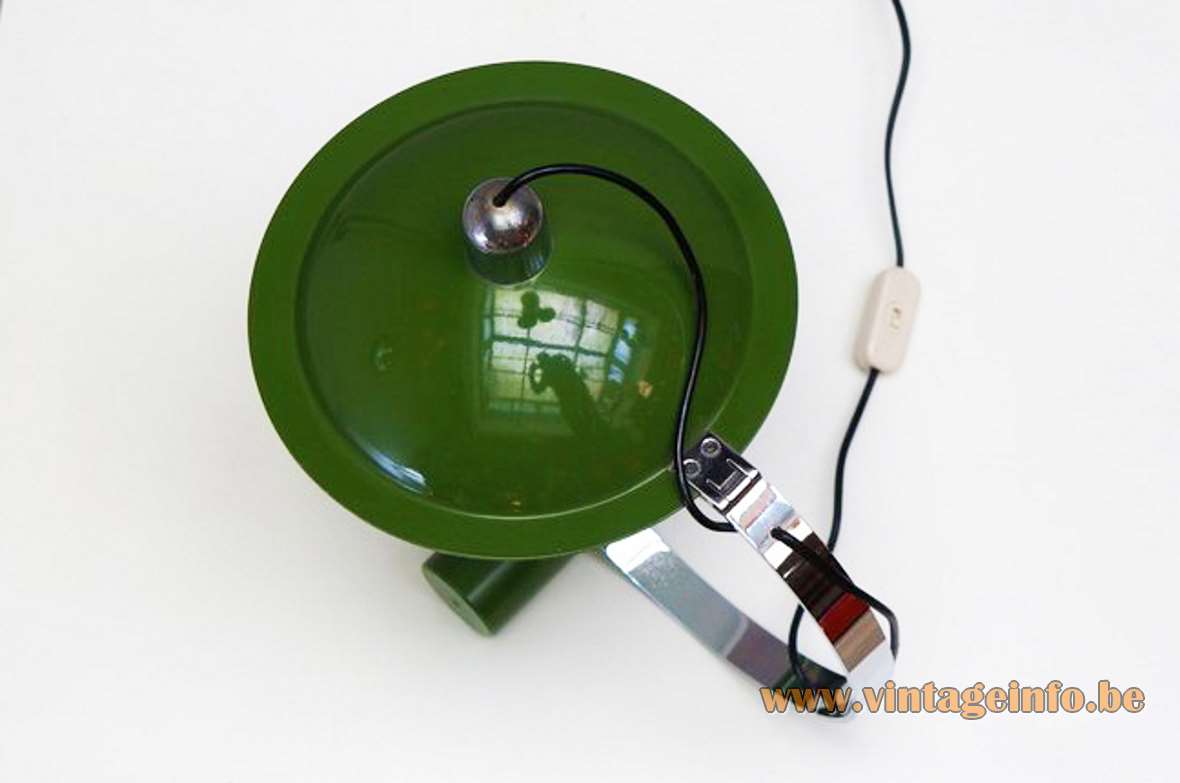 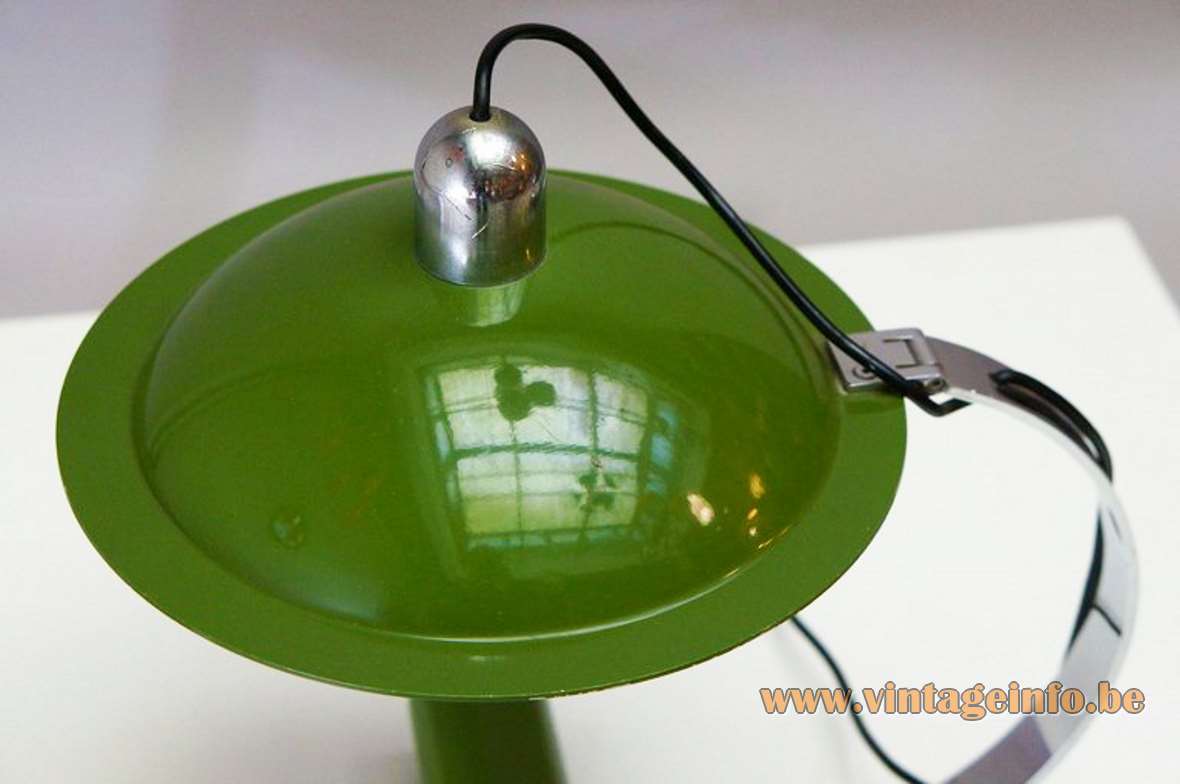 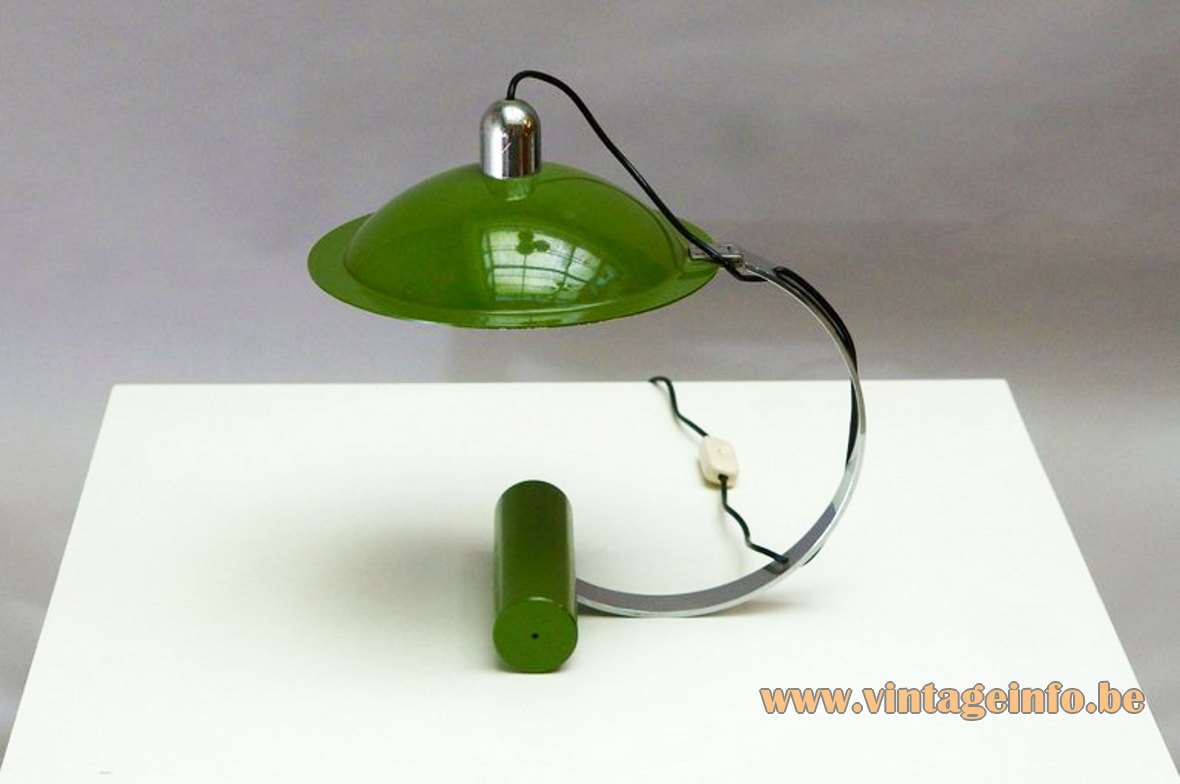 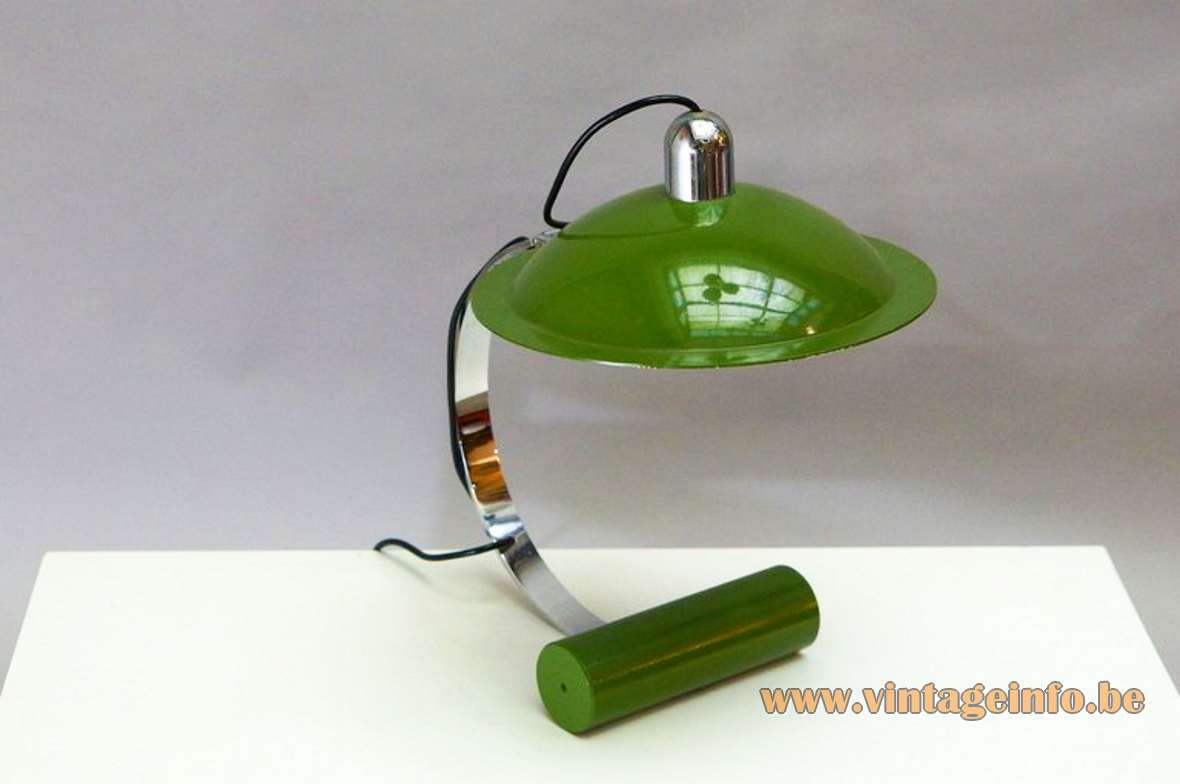 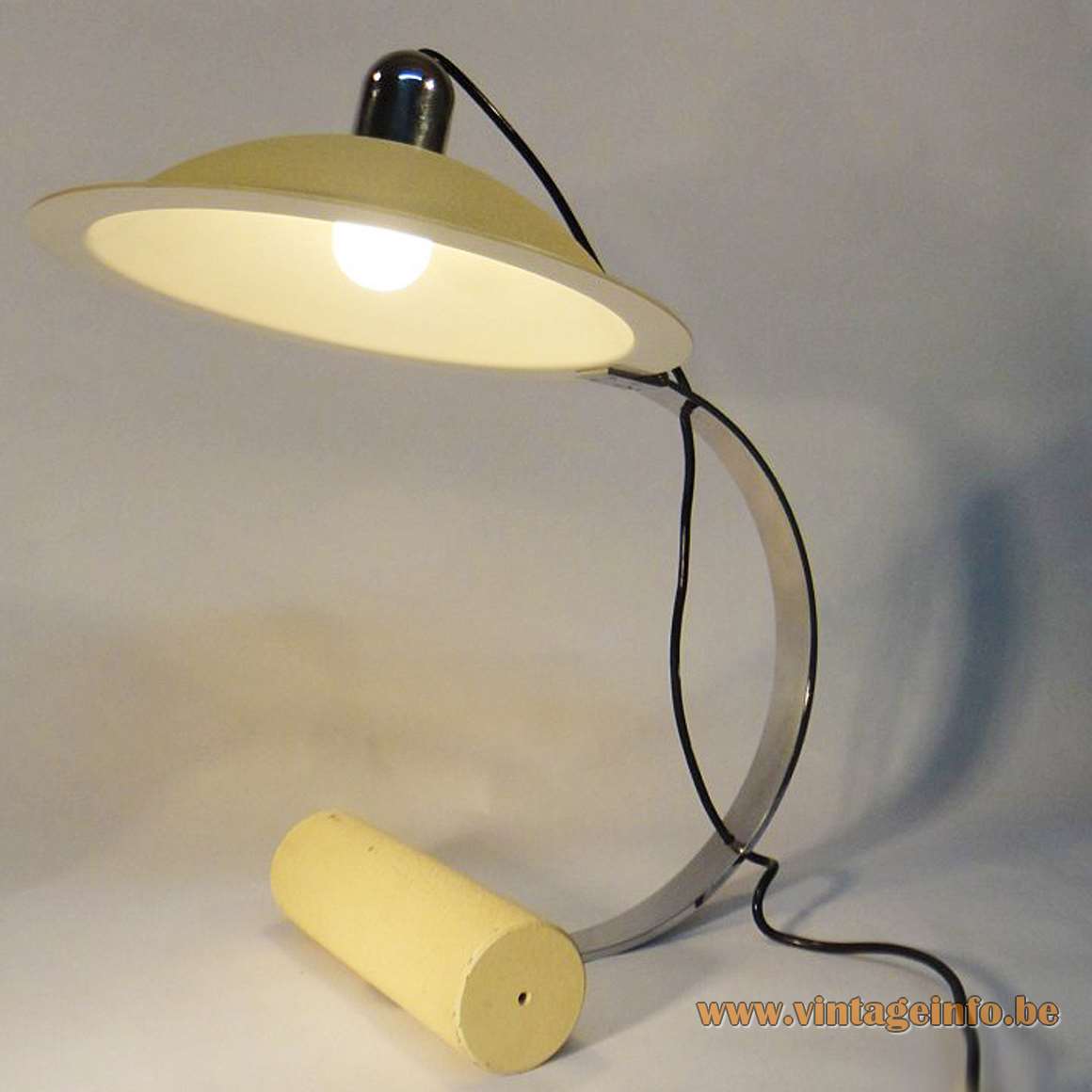 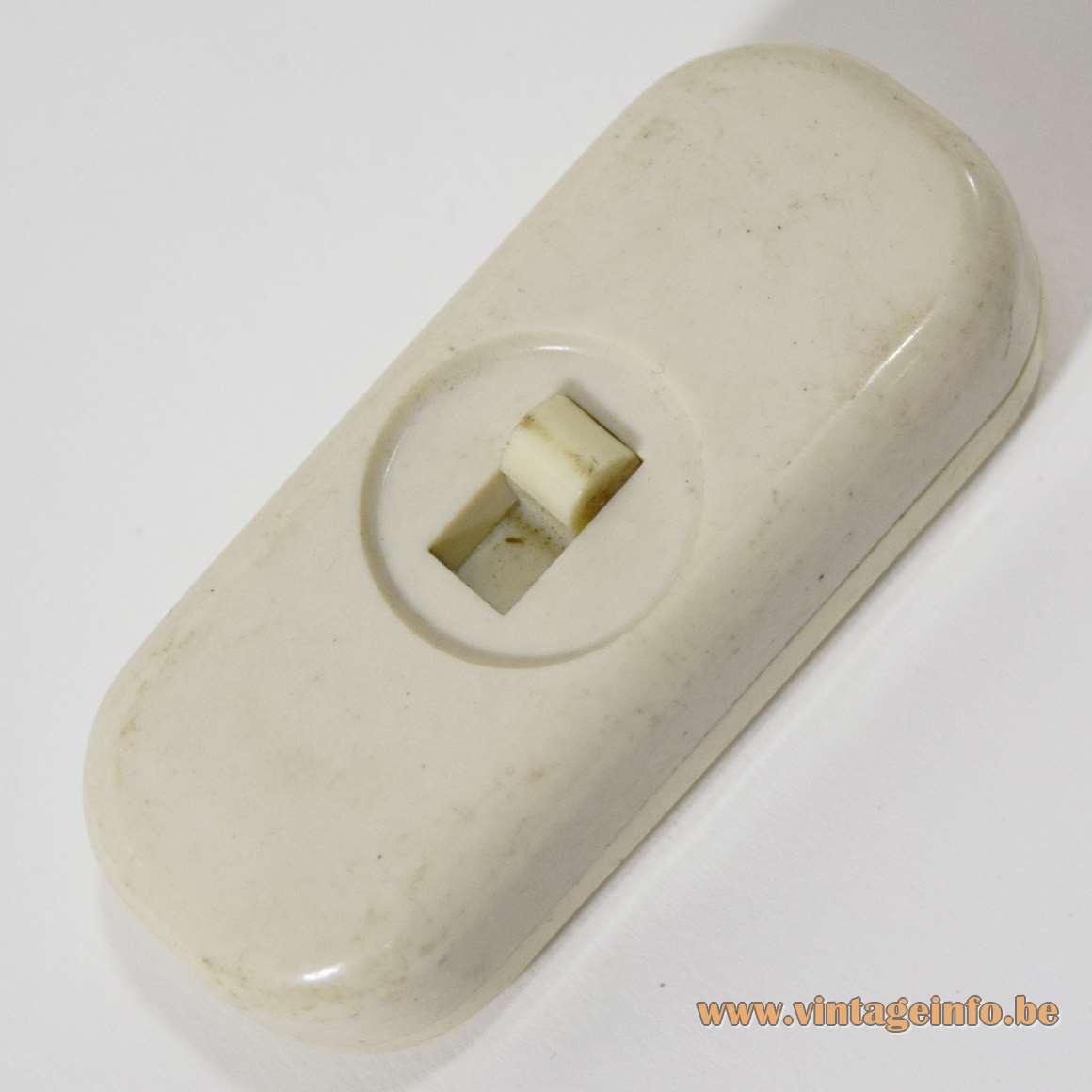 Other versions: This Stilnovo De Pas, D’Urbino, Lomazzi desk lamp exists in several colours. The lampshade was also used for the design of the Lampiatta desk lamp. Also made as a pendant lamp in two sizes. The base was also used for another desk lamp that was also sold by the Dutch Artimeta company. It has a white acrylic lampshade.

Jonathan De Pas (1932-1991), Donato D’Urbino (1935) and Paolo Lomazzi (1936) started working together in 1966 when they founded their design studio DDL – De Pas, D’Urbino, Lomazzi in Milan, Italy. After the death of Jonathan de Pas in 1991, the DDL design studio became Studio D’Urbino Lomazzi. The trio is most famous for their furniture design. The inflatable Blow armchair for Zanotta and the seat Joe for Poltronova in the shape of a baseball glove, to name a few. It was a tribute to the famous American baseball player Joe di Maggio. Their works are present in exhibitions and museums of all over the world, from the Triennale Design Museum in Milan to the MoMA in New York. Studio D’Urbino Lomazzi had a website, it is gone since 2018. It was located at: www.durbinolomazzi.it. The studio was located at Corso XXII Marzo 39, Milan.

All the electric parts are made by the VLM Components company from Buccinasco, near Milan. The switch is model 475; the big model of the famous switch designed by Achille Castiglioni in 1968. 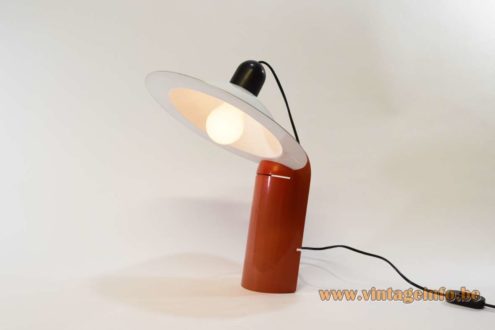