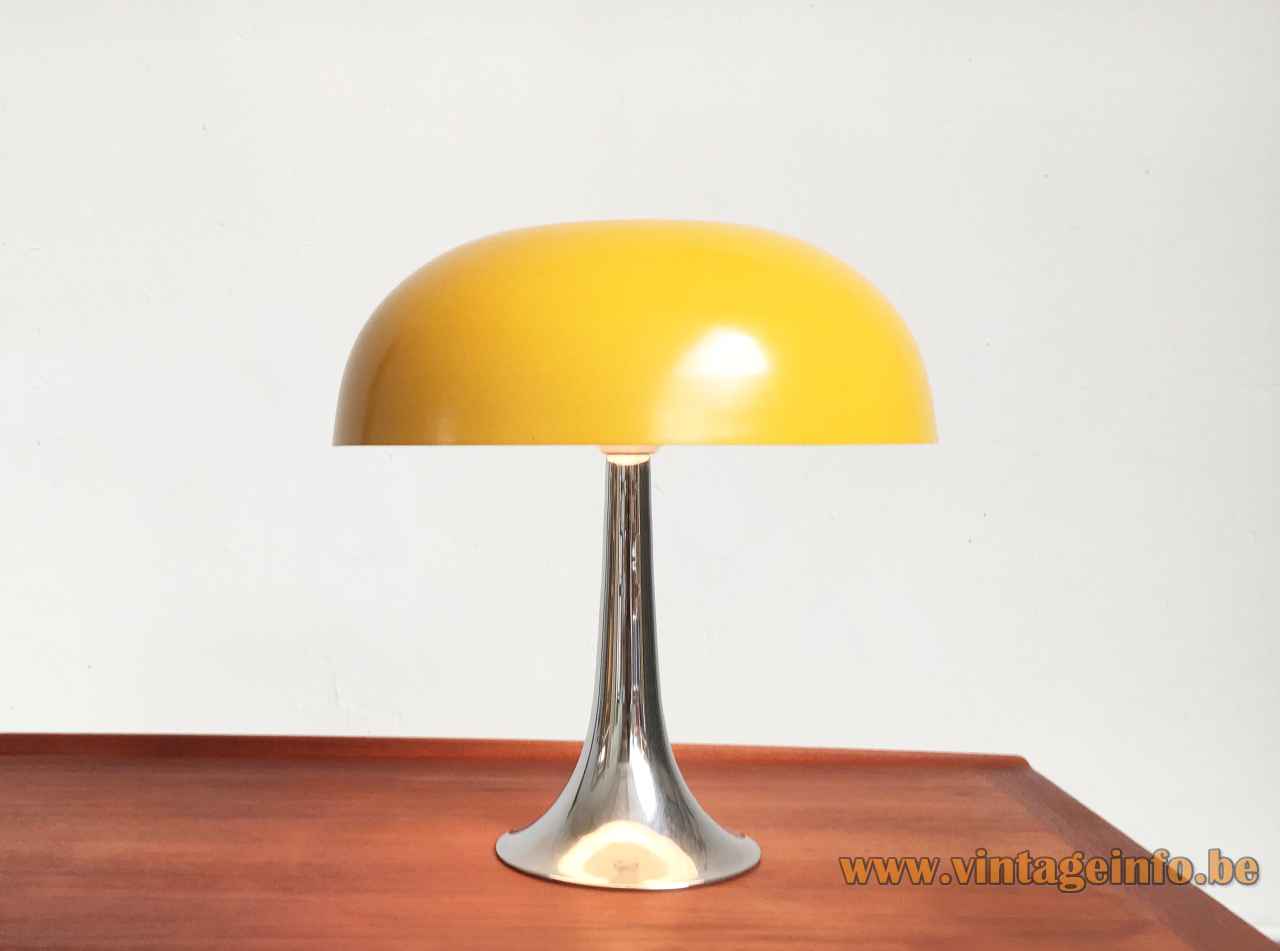 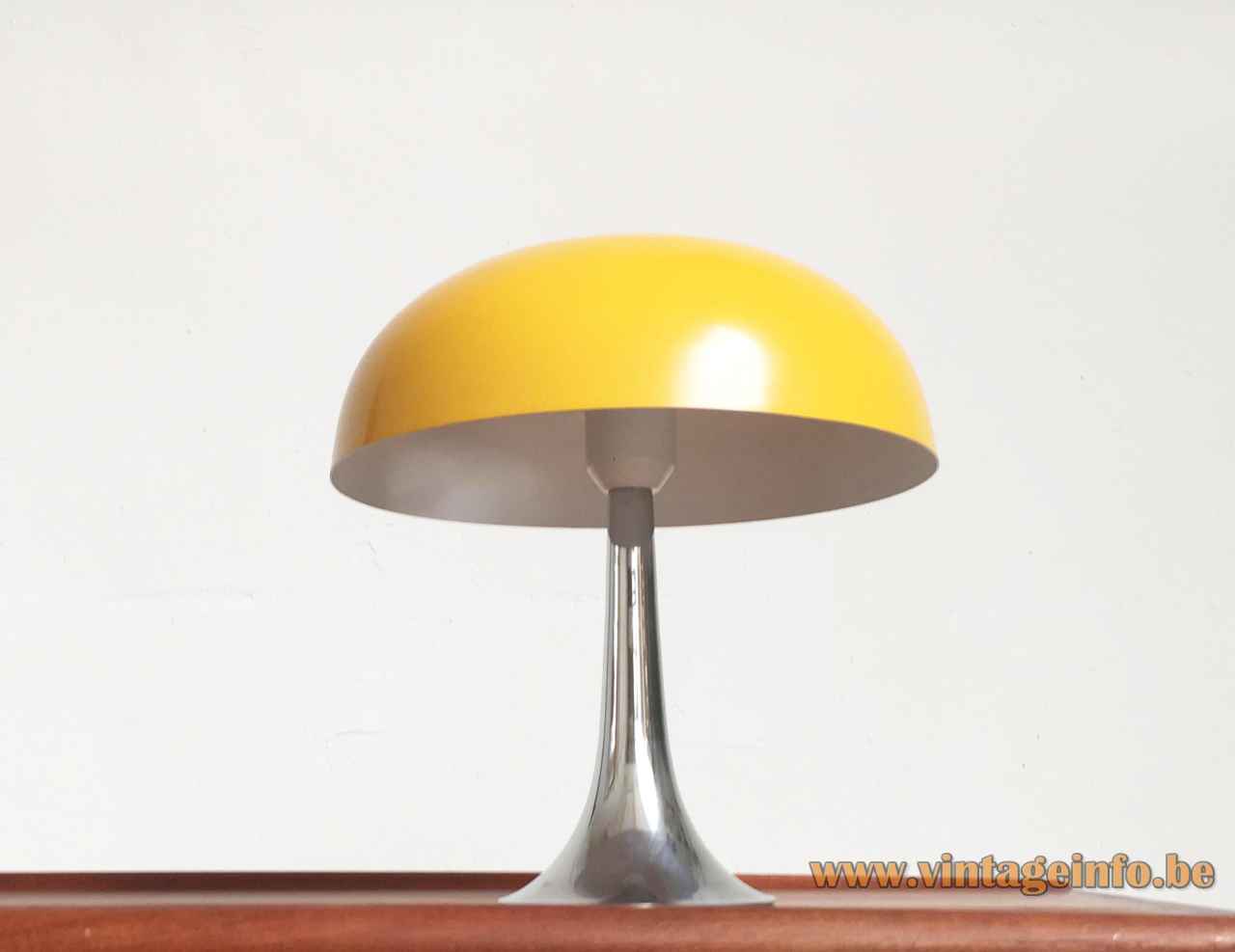 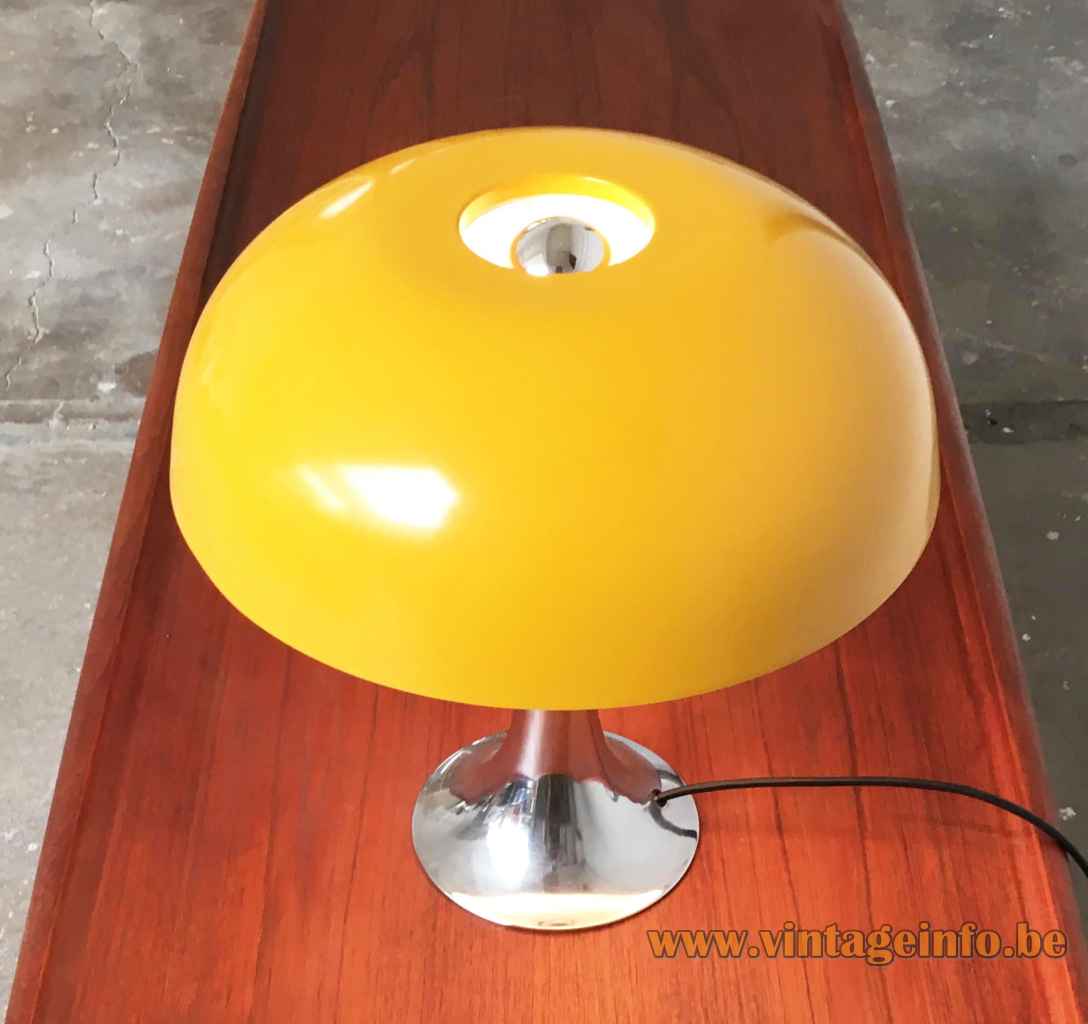 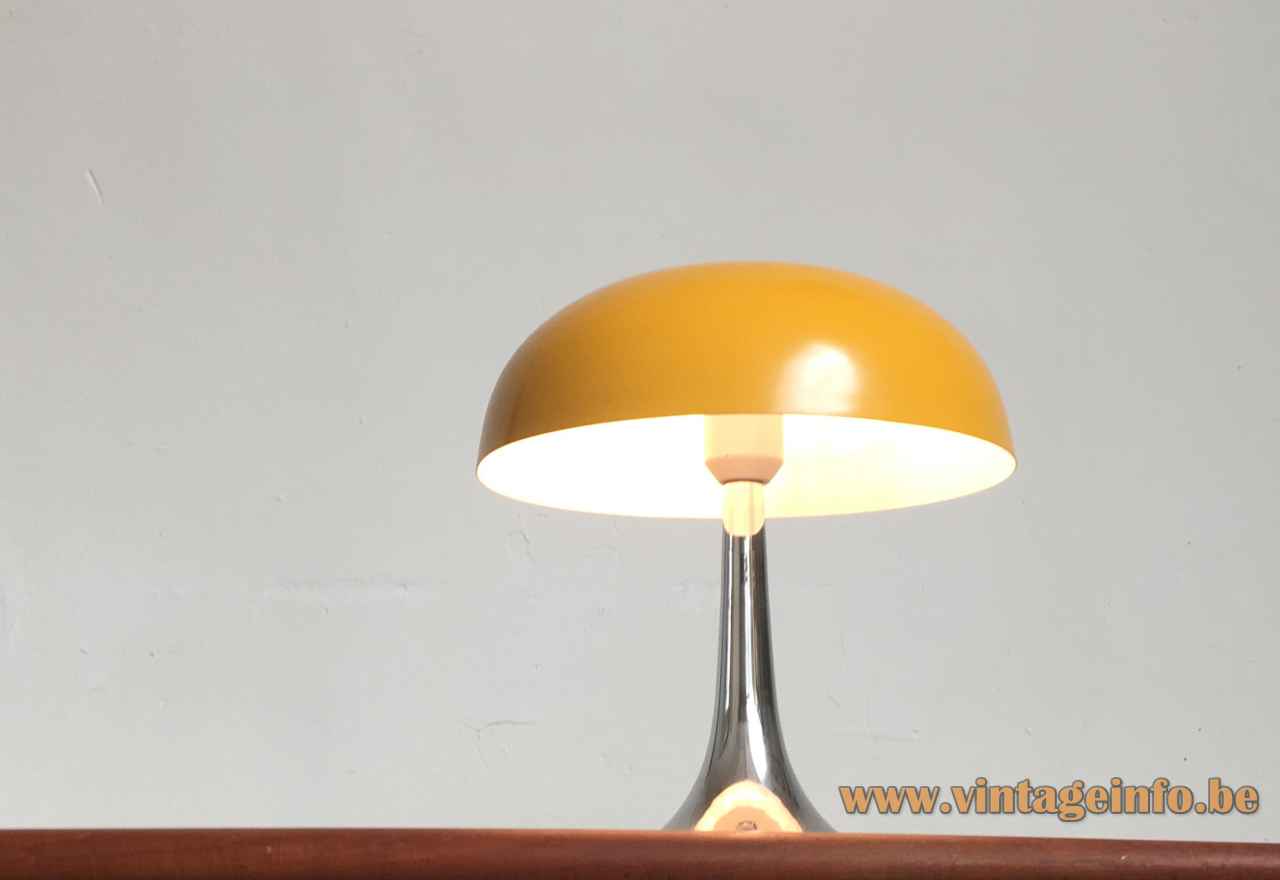 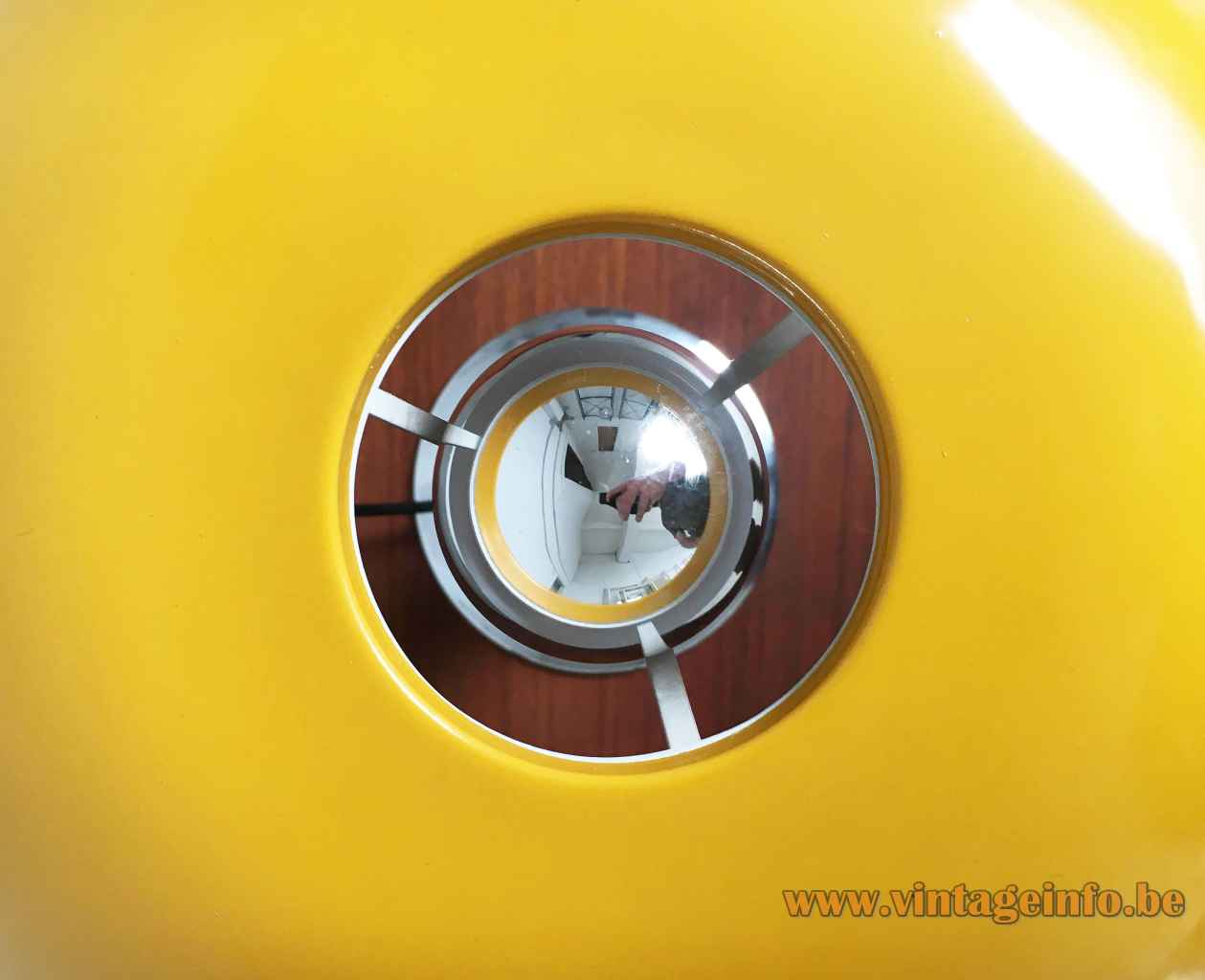 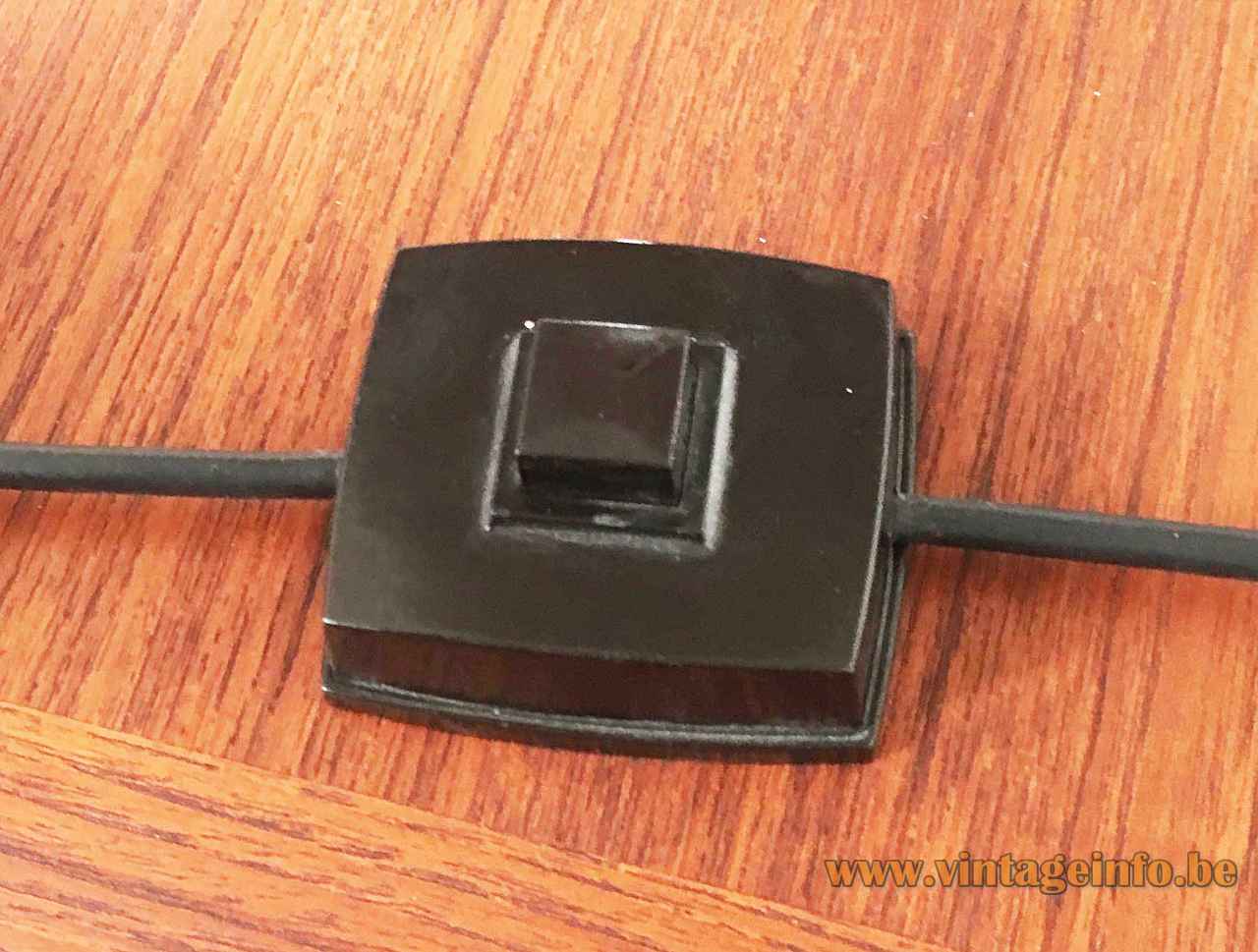 Materials: Round chrome base & rod. Yellow round lampshade with a hole in the middle, painted white inside. Bakelite E27 socket.