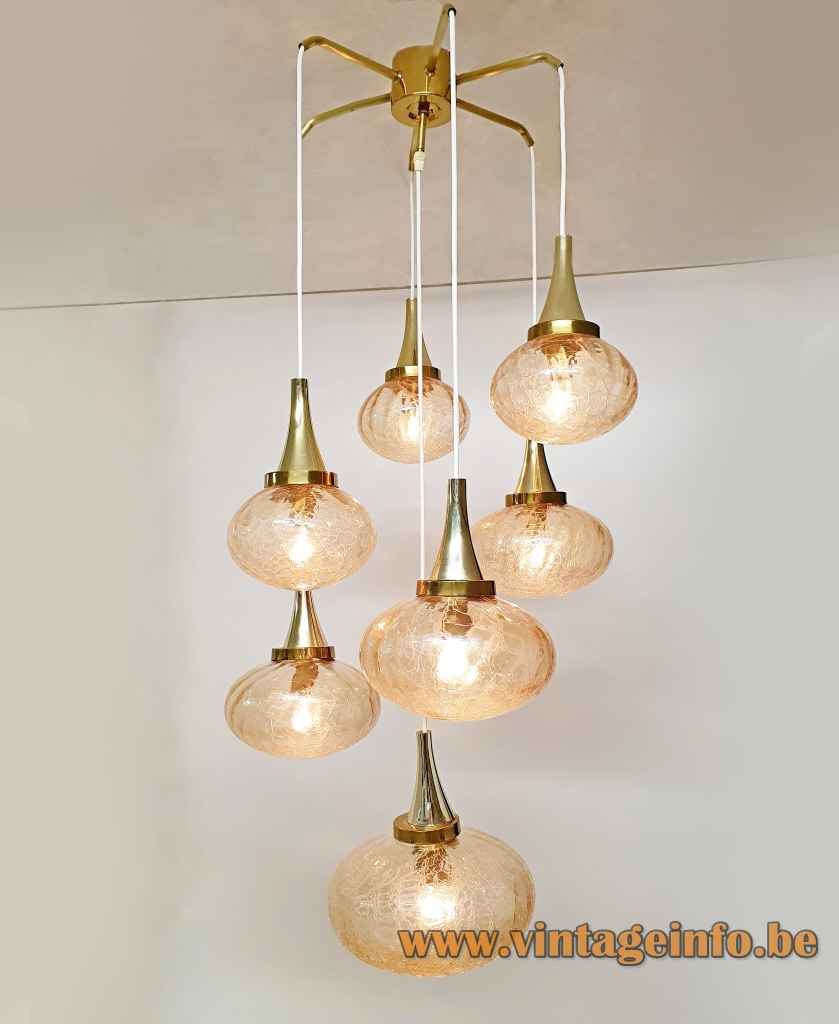 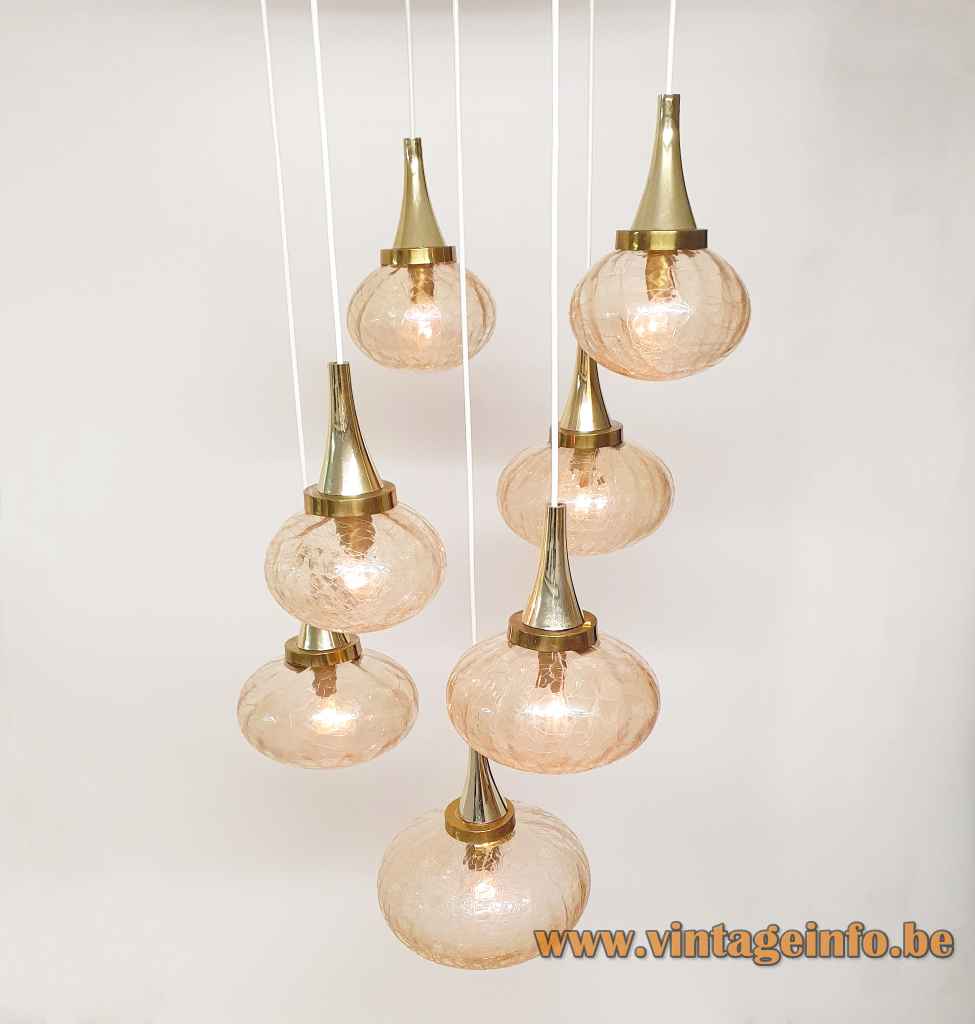 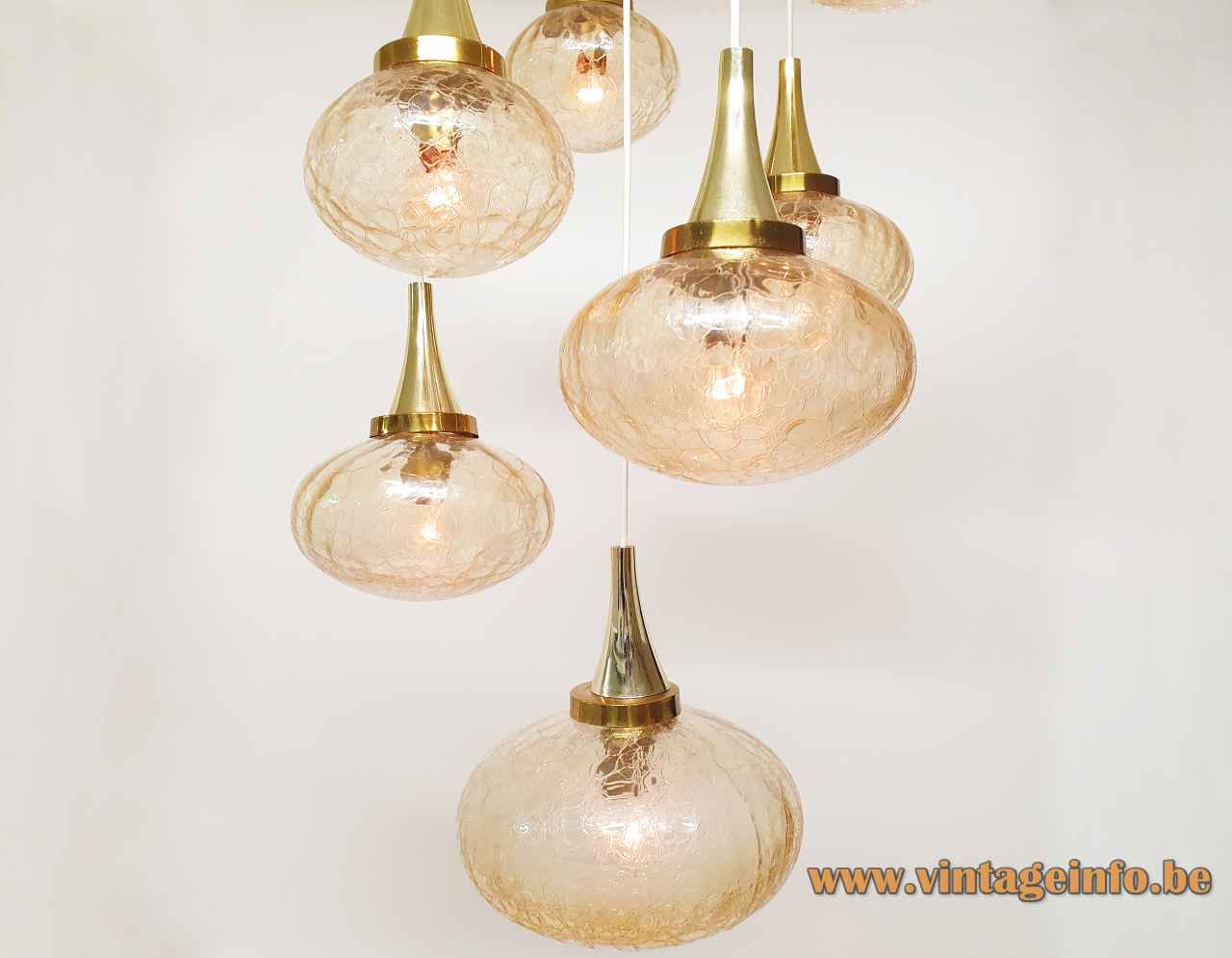 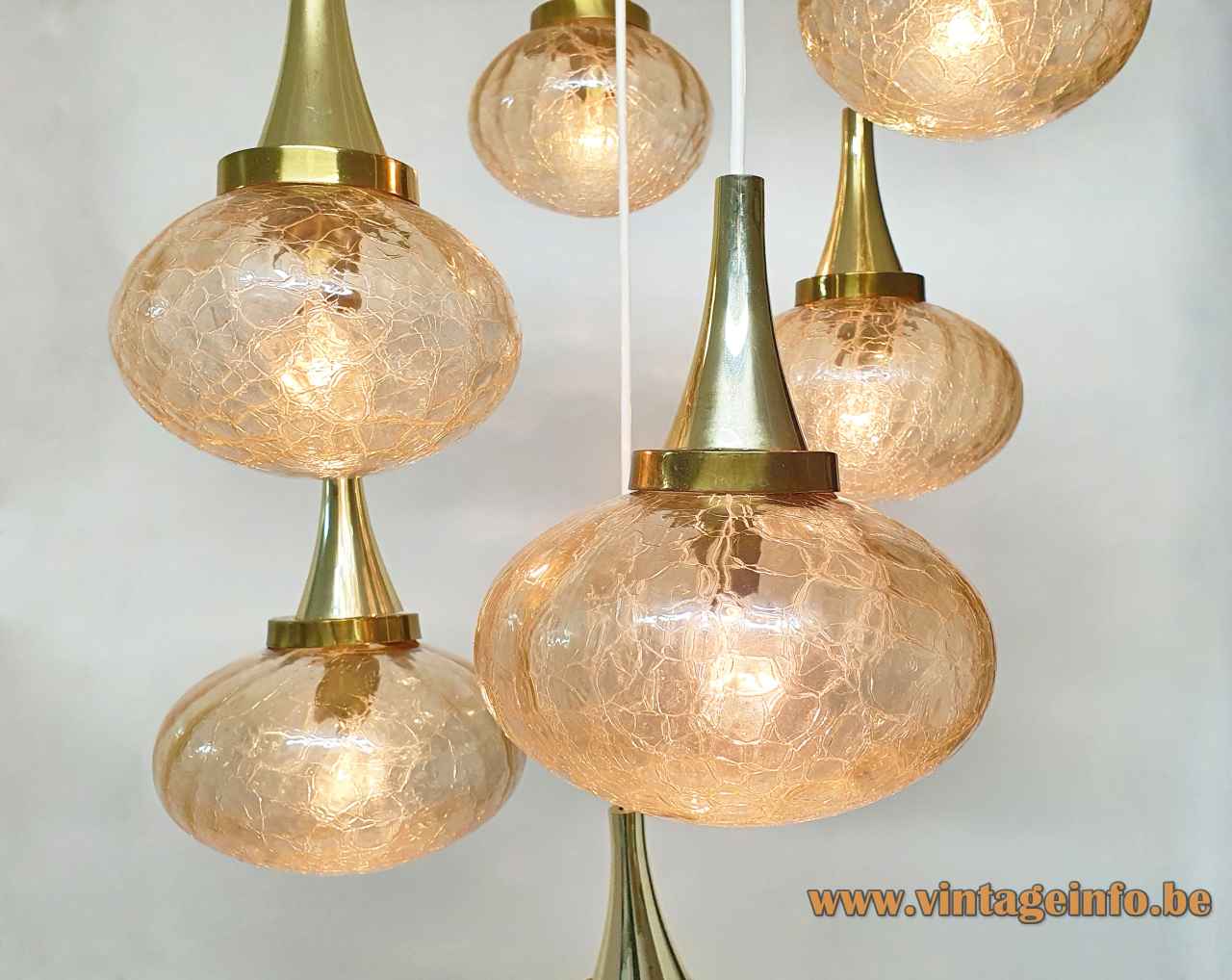 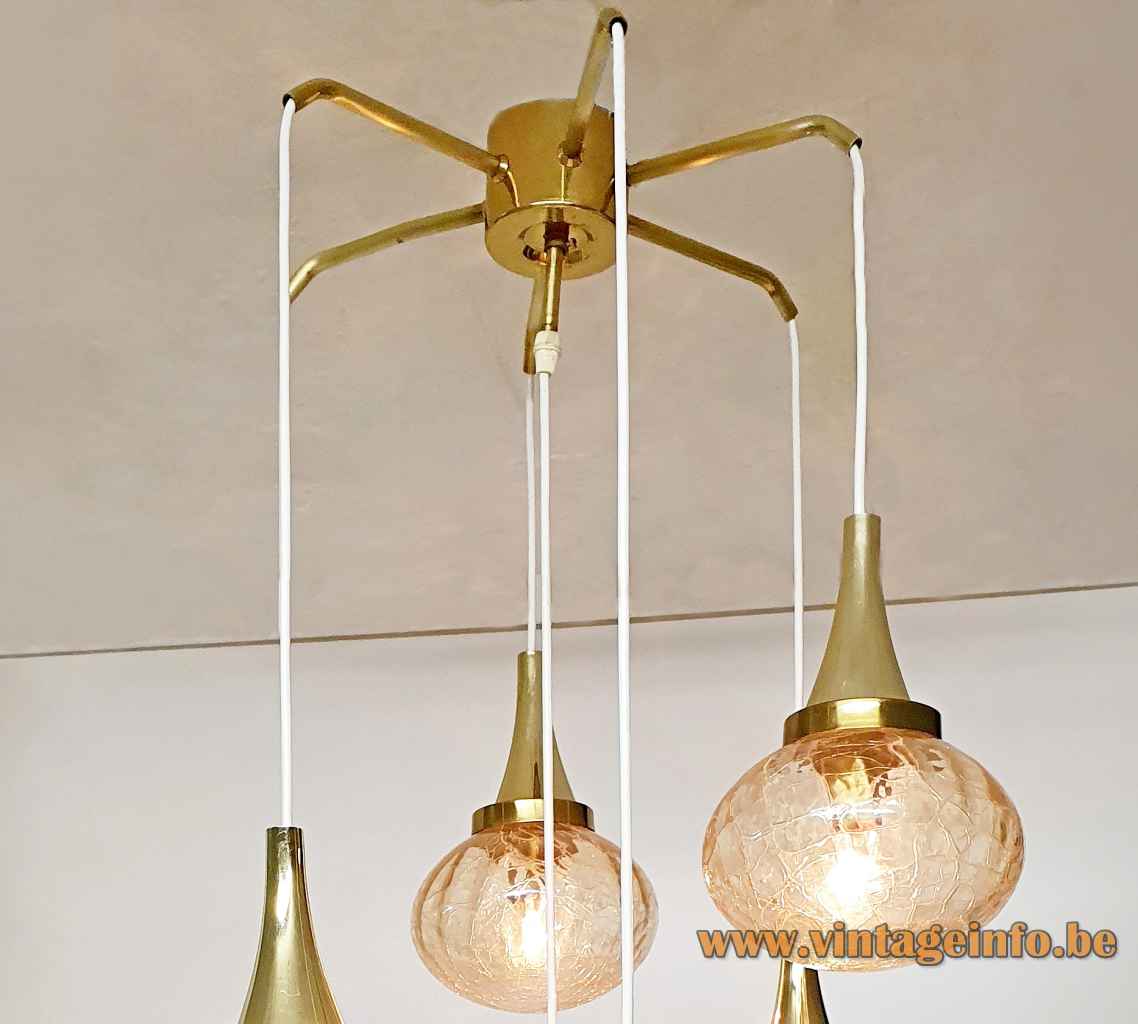 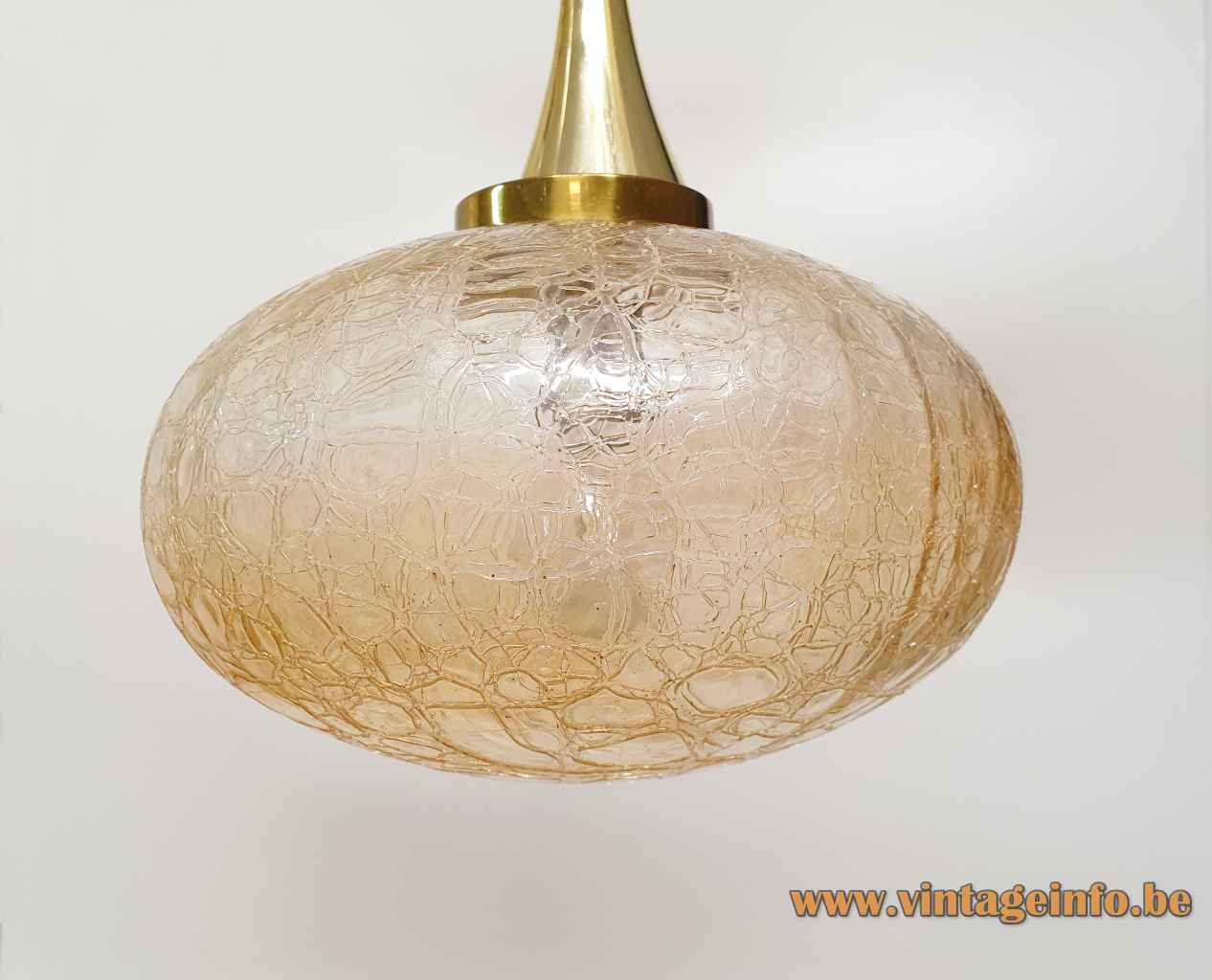 Other versions:  This oval crackle globes pendant chandelier exists in all probability with 3, 5 and 7 globes. The globes were also used for other lamps. They were also sold with a round ceiling plate. Also chrome versions exists. You can find one over here.