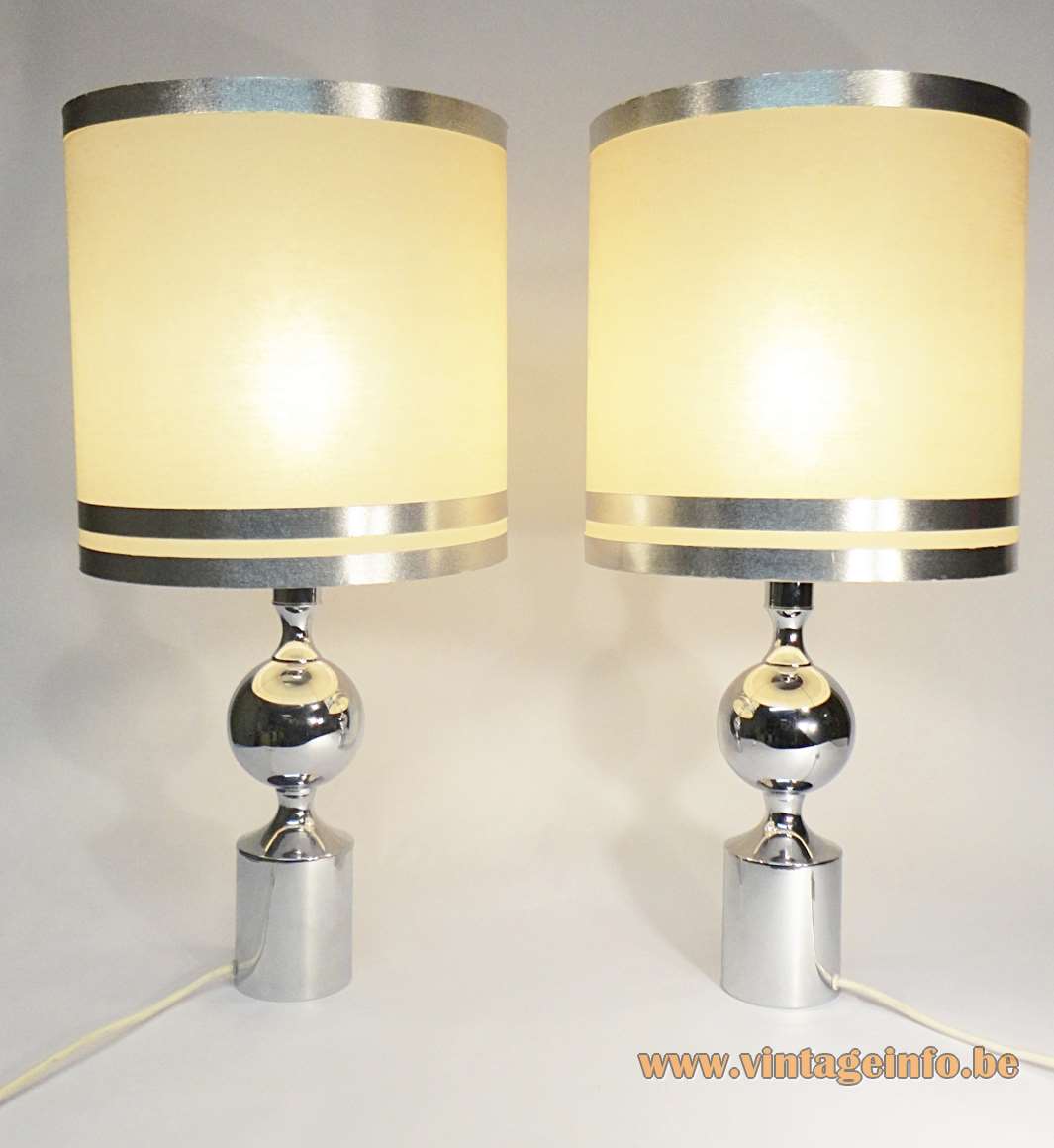 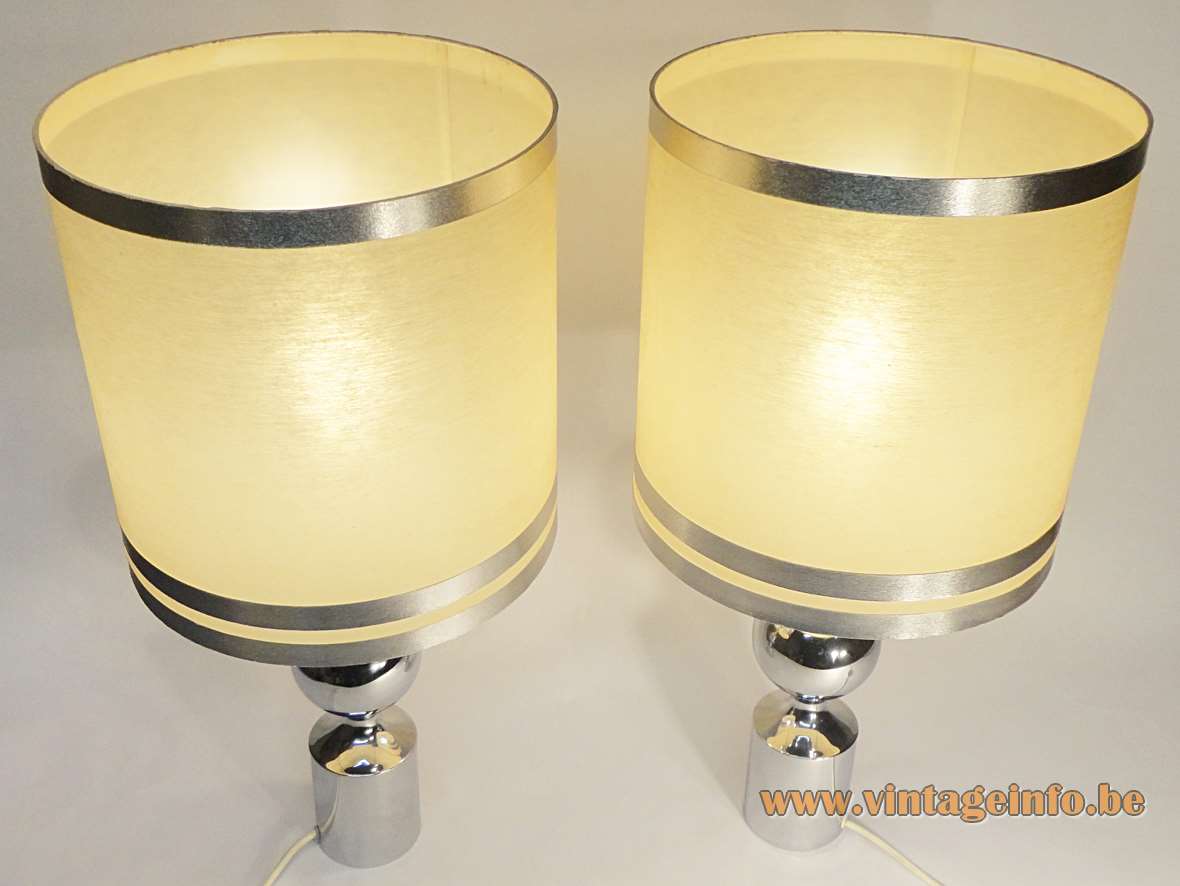 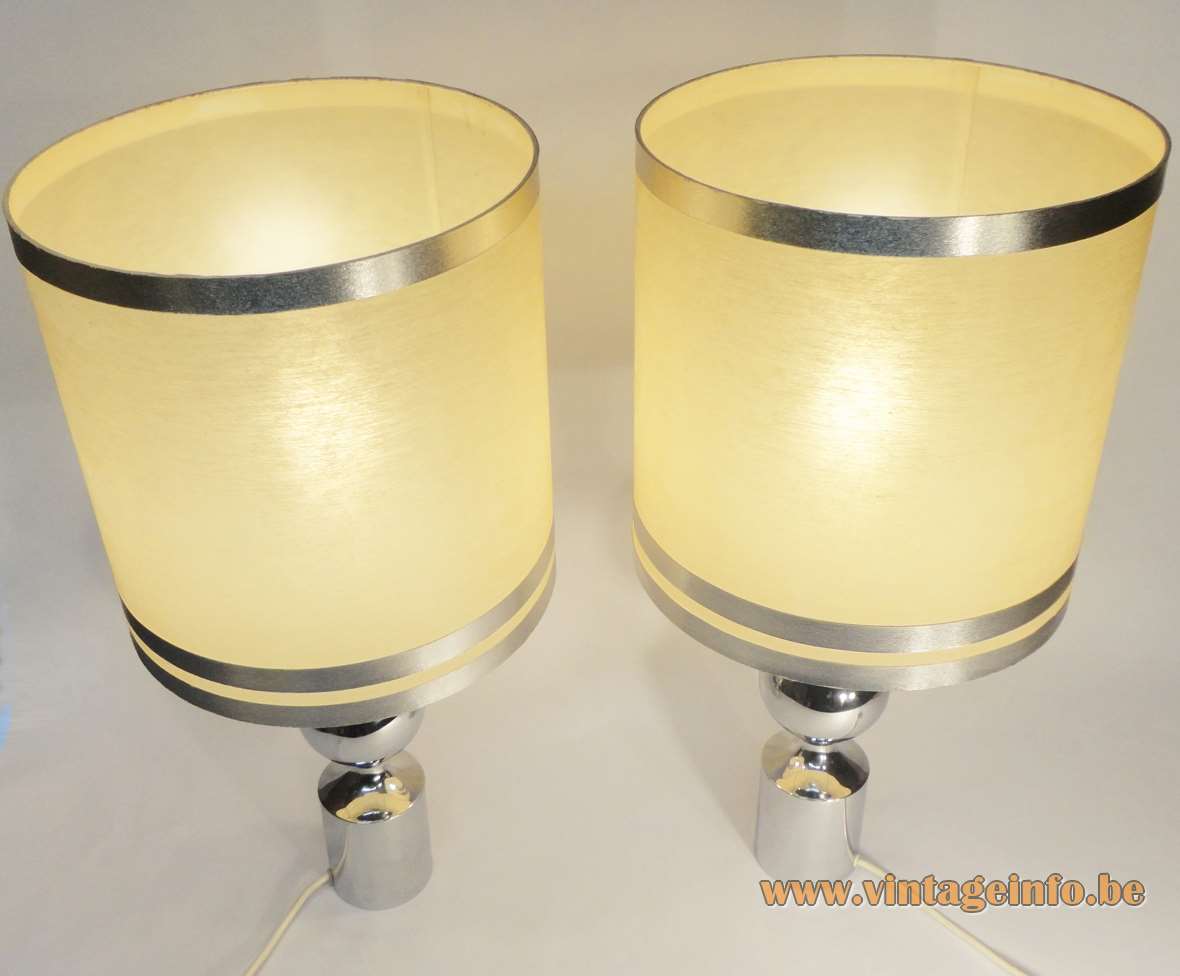 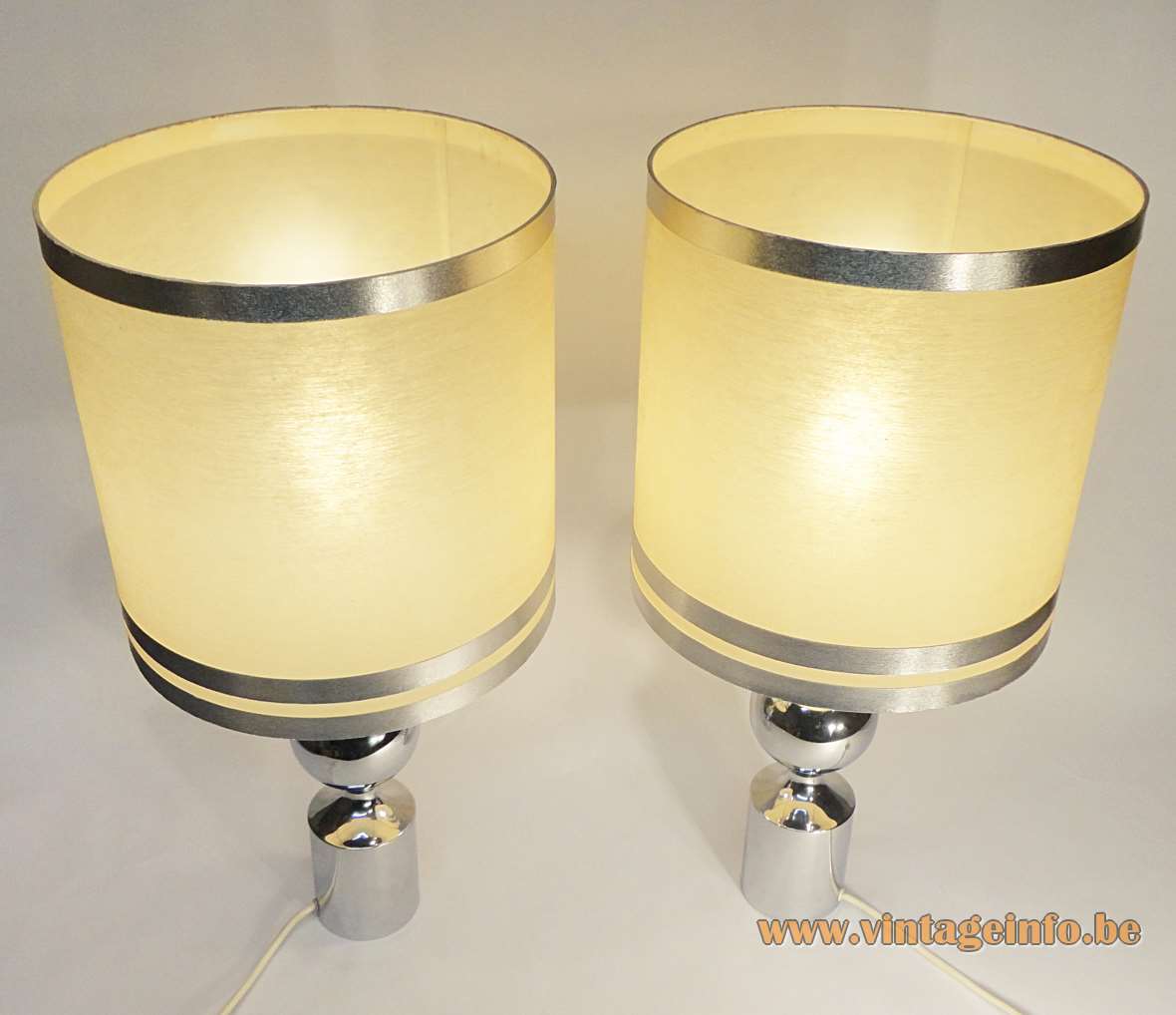 Materials: Round chrome tubular base made of iron. Chrome globe on top. Some chrome parts. Round plasticised lampshades with 3 aluminium rings. Bakelite sockets.

Other versions: These Hustadt-Leuchten chrome table lamps exists in many in different sizes and variations. Also made with several different lampshades.

These talbe lamps are made in the style of the lamps made by Maison Barbier from Paris, France and designed by Philippe Barbier. They are often confused.

Hustadt is also a small German town that was build in the late 1960s as a model neighborhood according to the general urban standards, to fulfill the requirements for approximately 6000 inhabitants. Hustadt is build on the edge of the city of Bochum. It’s surrounded by woods and fields on the one side, and offshoots of the enormous campus of the Ruhr University, as well as other housing areas on the other side.