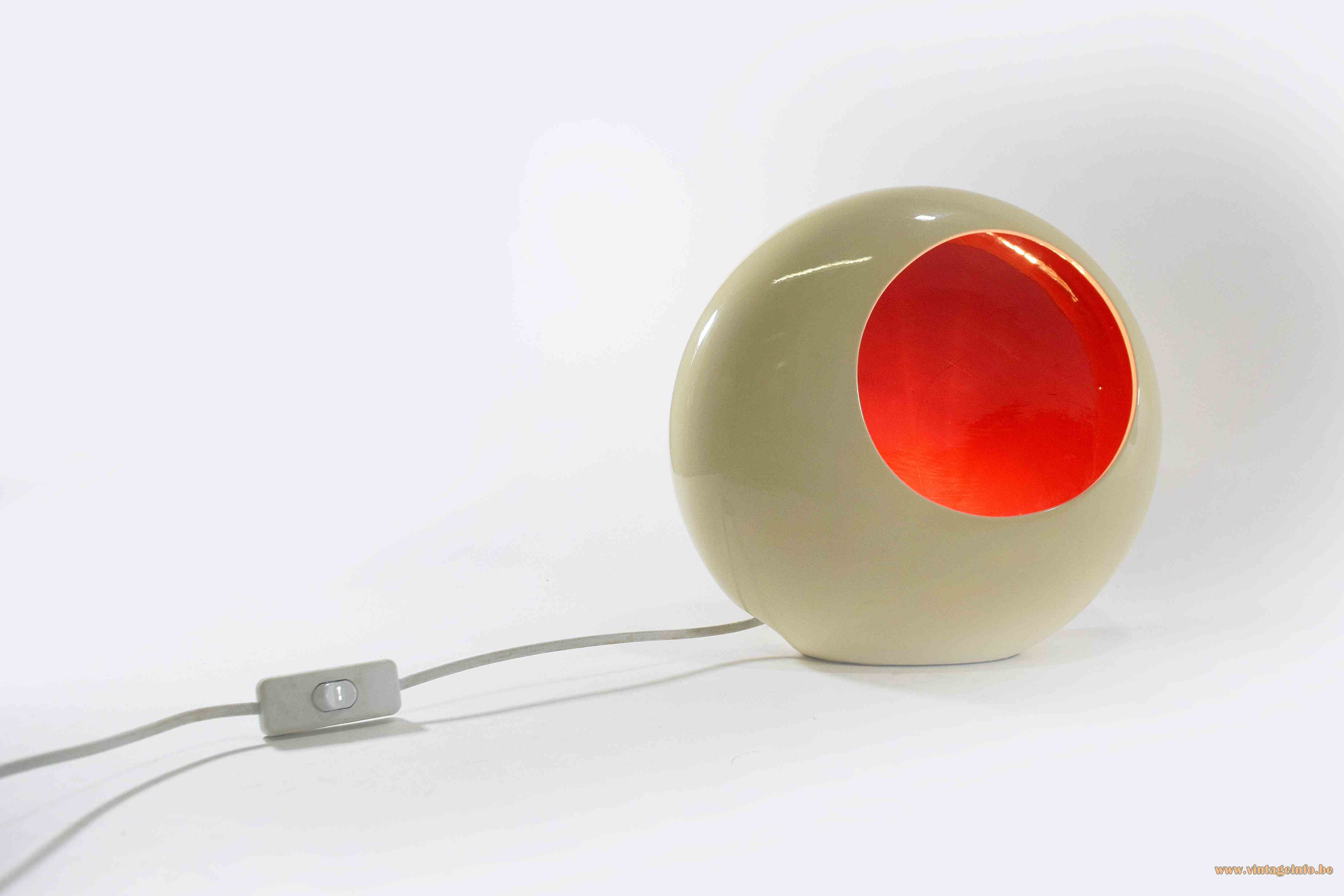 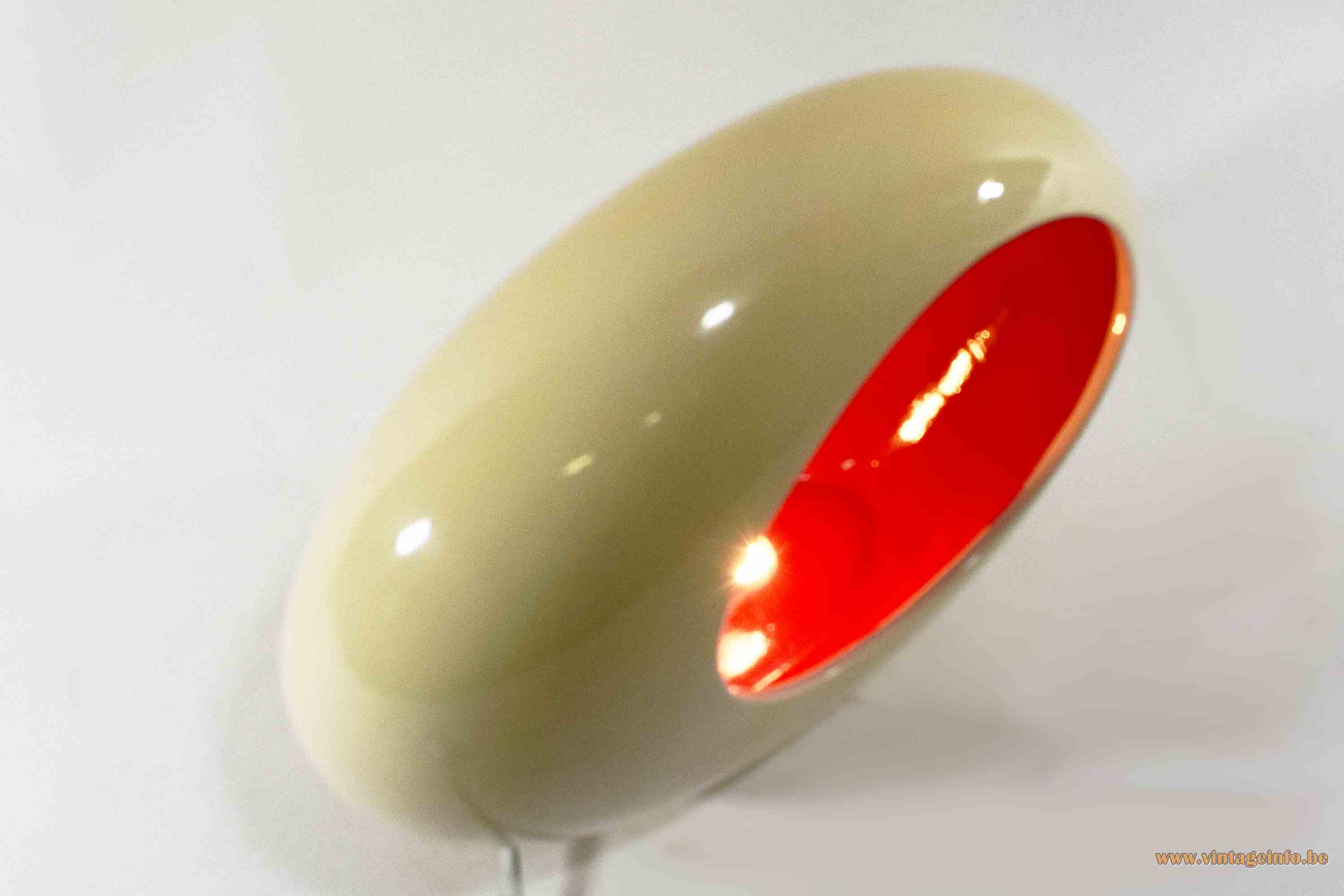 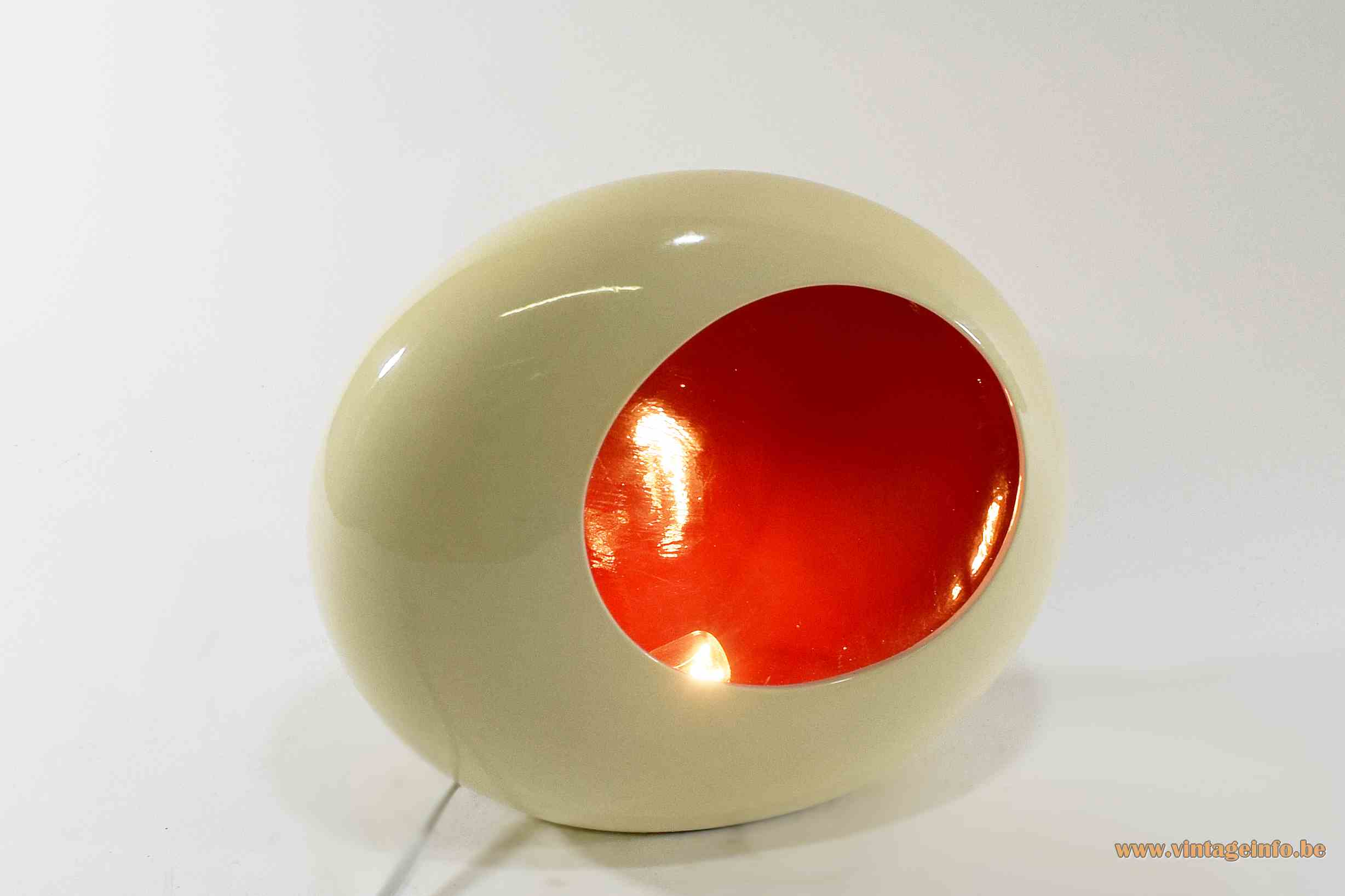 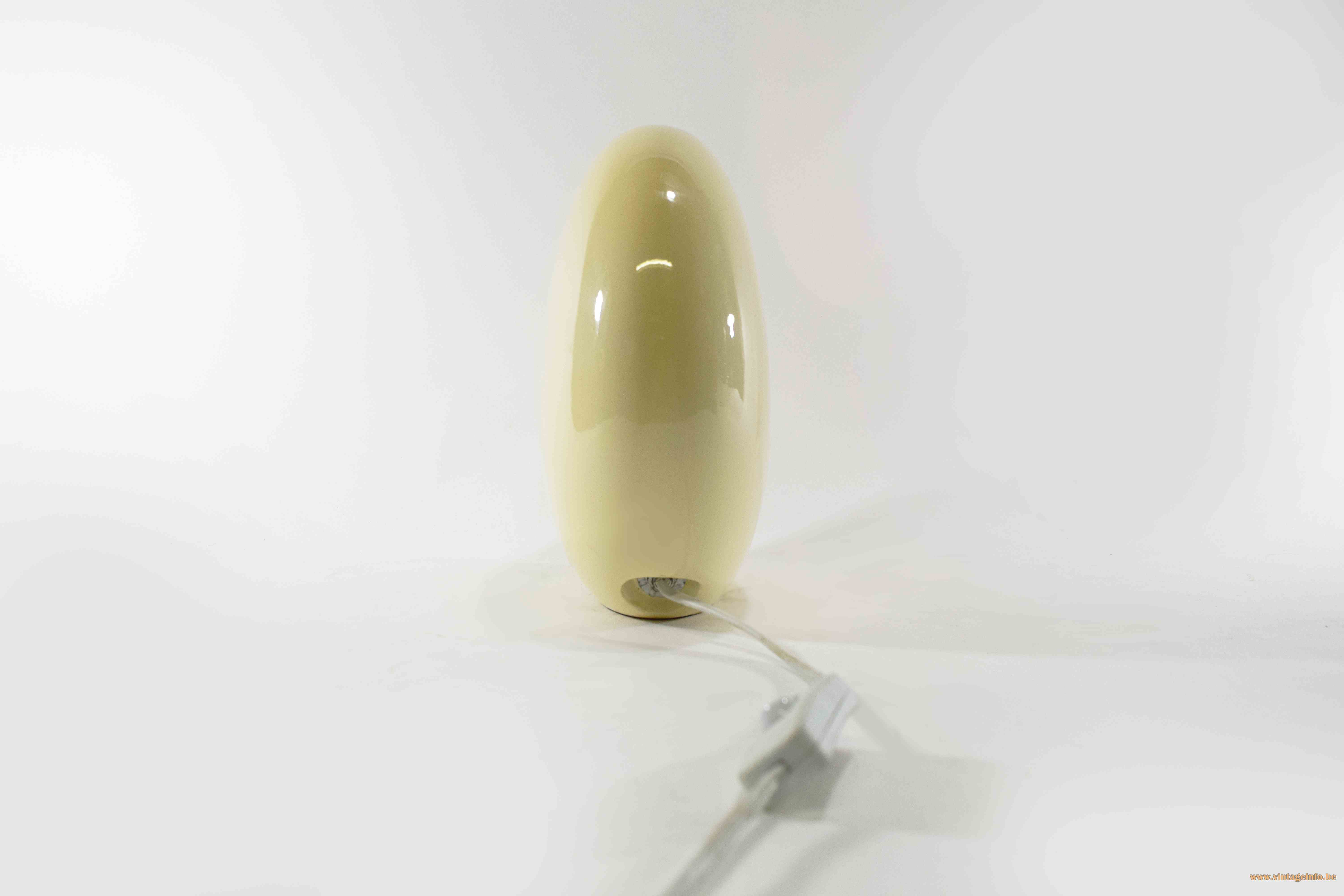 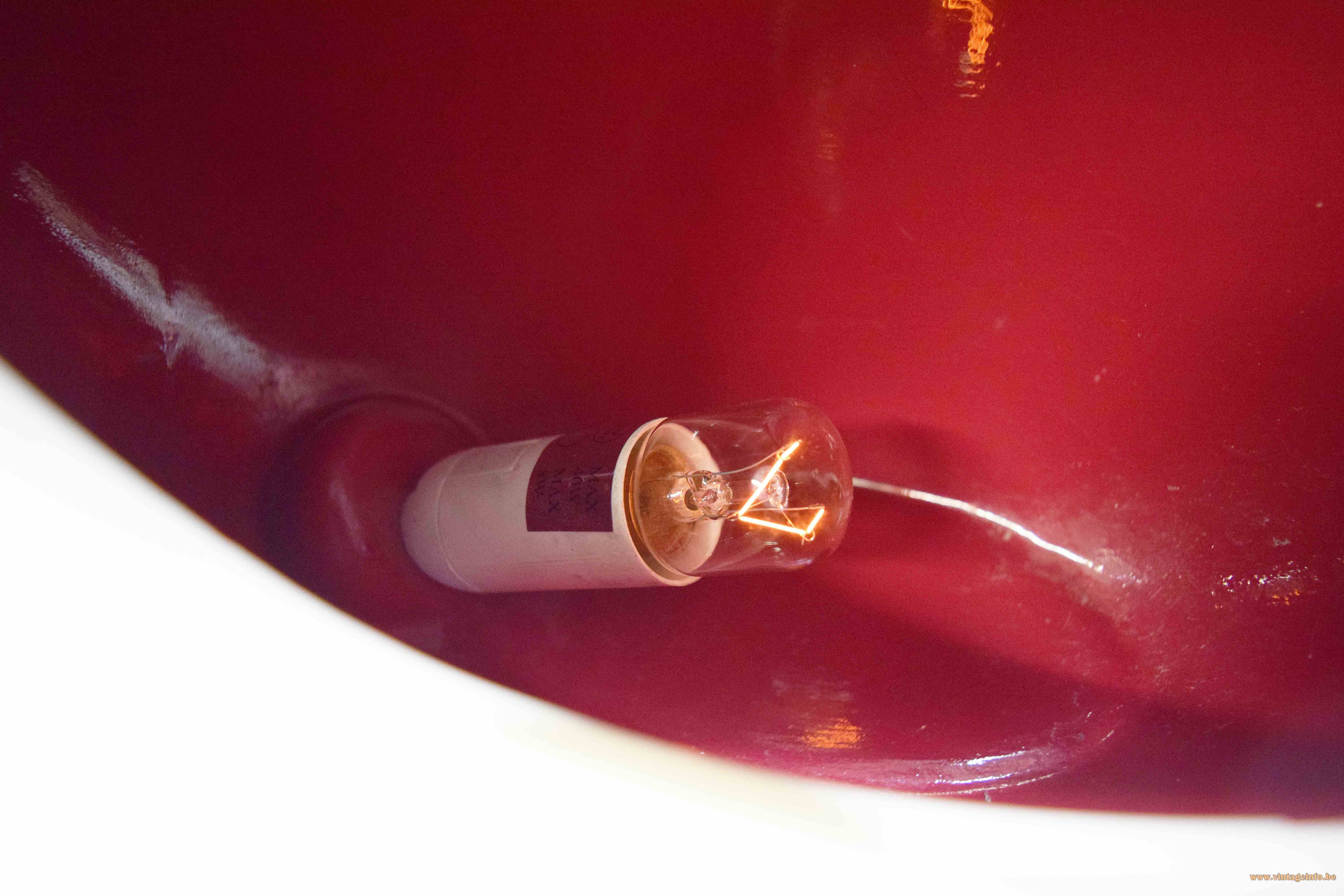 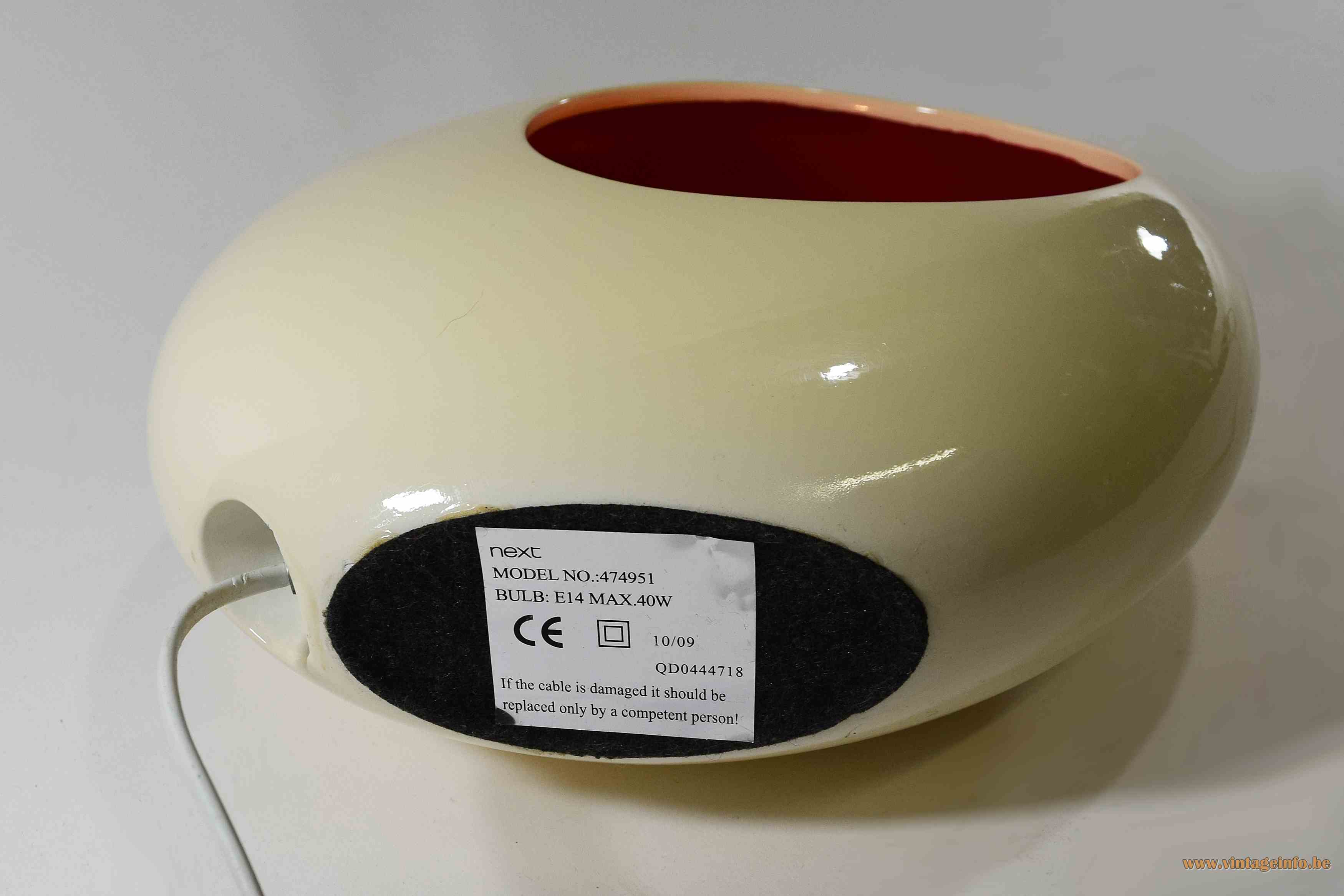 Materials: Round oval beige ceramics lampshade with a round hole. Painted maroon on the inside. Plastic E14 socket.

Other versions: It is unknown if this Next ceramic table lamp was made in some varieties.

This table lamp was presumably not produced in the UK, as seen by the dimensions in cm. In all probability it was made in China. All the electric parts were also made in China. This lamp is equipped with a UK-plug, so it was probably sold in the UK.  Next is a retail chain, not a lighting producer.

It has a label with the European CE marking. It became mandatory in 1993. However, the logo exist in its present form since 1985. Not to be confused with the CE marking from China (China Export), almost the same label.

The Next company was founded by Joseph Hepworth in 1864 as J Hepworth & Son, Gentleman’s Tailors in Leeds, United Kingdom. In 1981 Hepworth buys the chain of Kendalls rain wear shops to develop a womenswear group of stores called Next.

The first Next womenswear store opens in 1982. In 1985 Next starts with the first home interiors range. The first lamps appear in their catalogues. In 1999 Next’s 300th store opens. The brand is now trading in 16 countries worldwide.

In 2013 Next trades online in more than 70 countries worldwide.

What is CE Marking