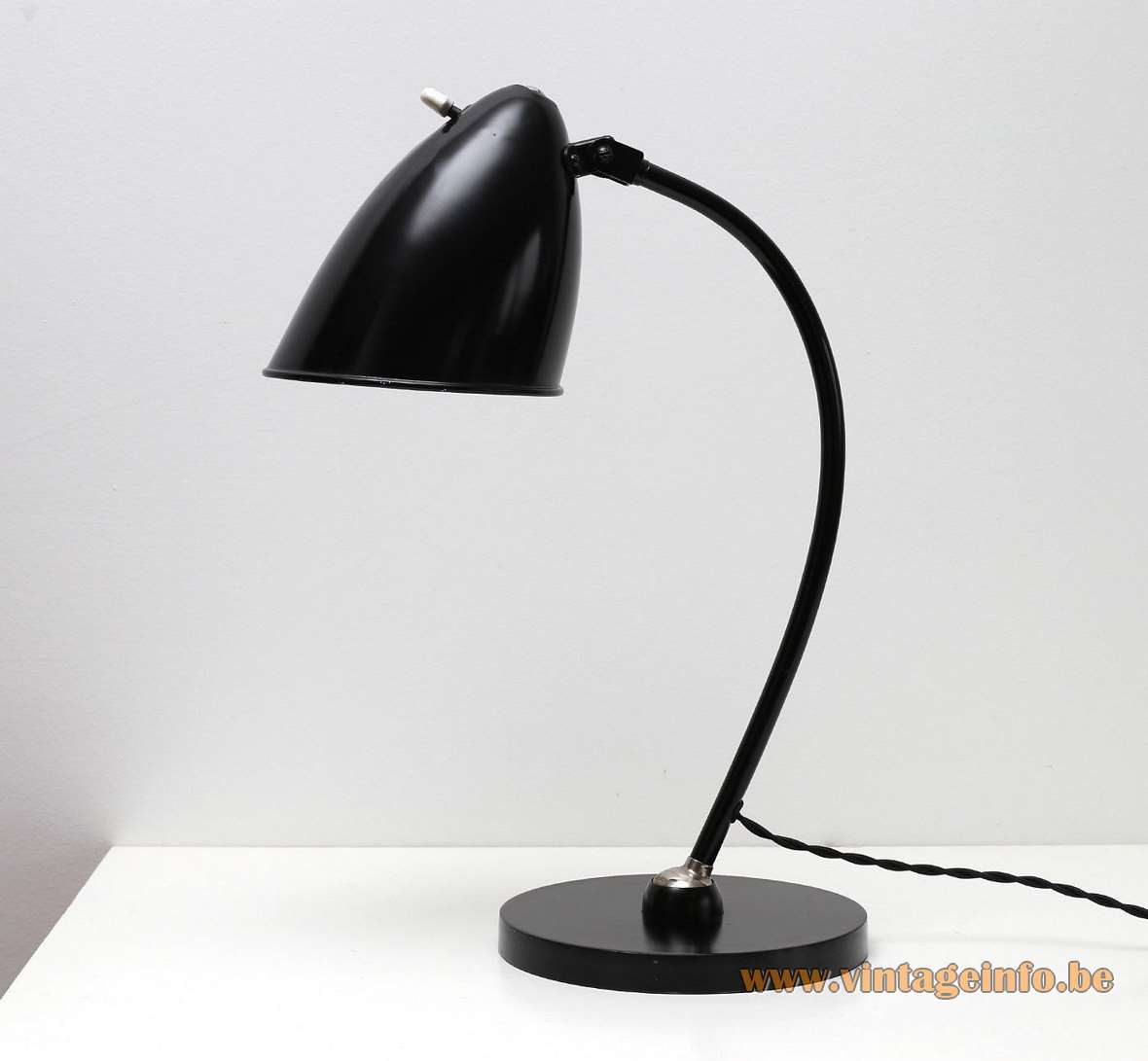 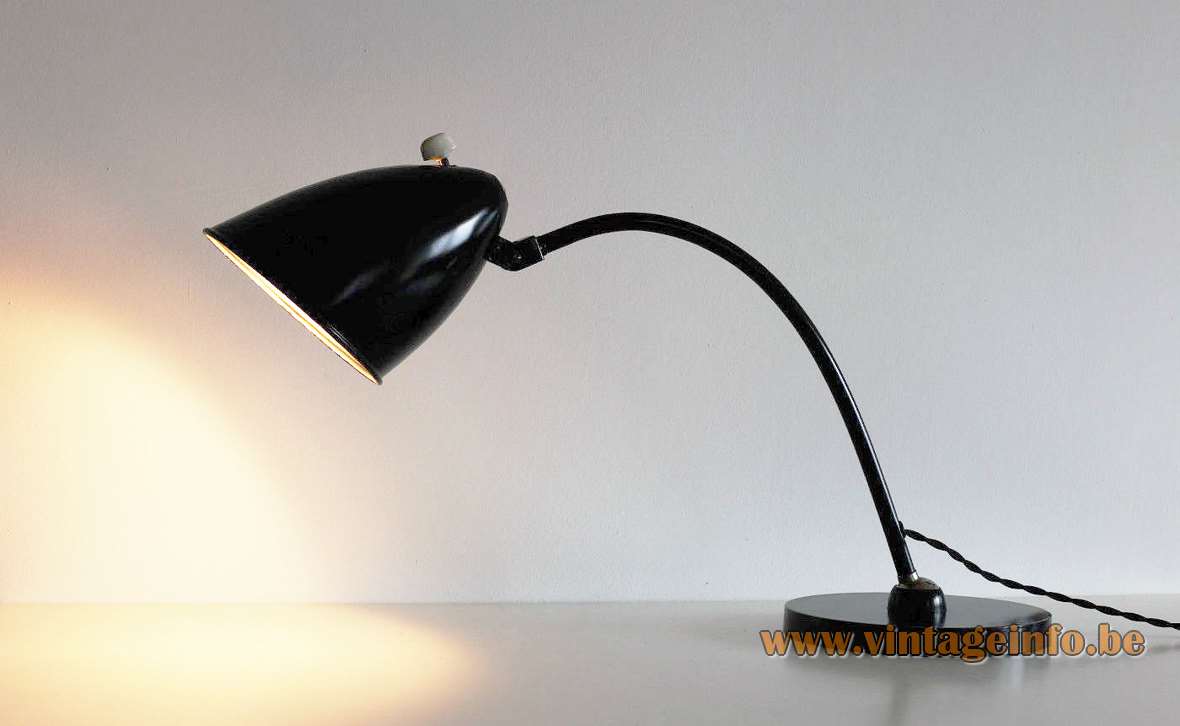 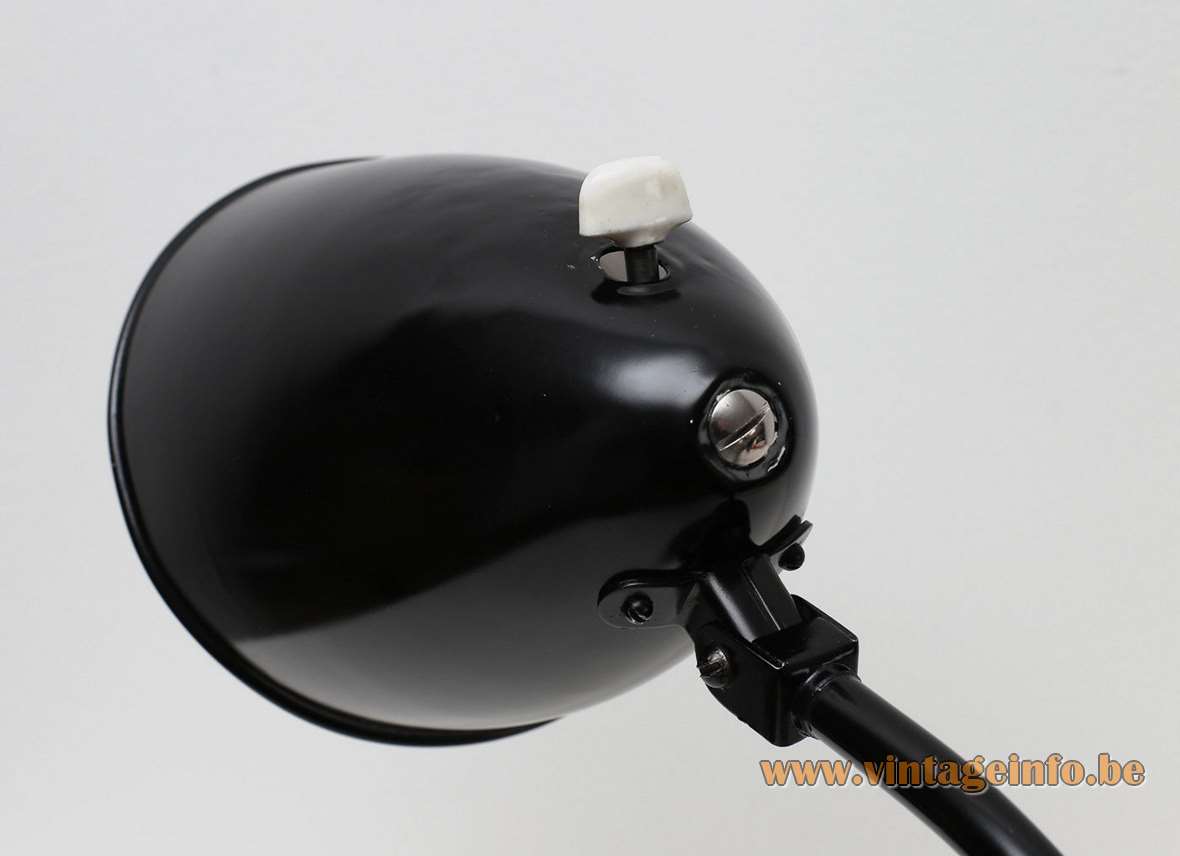 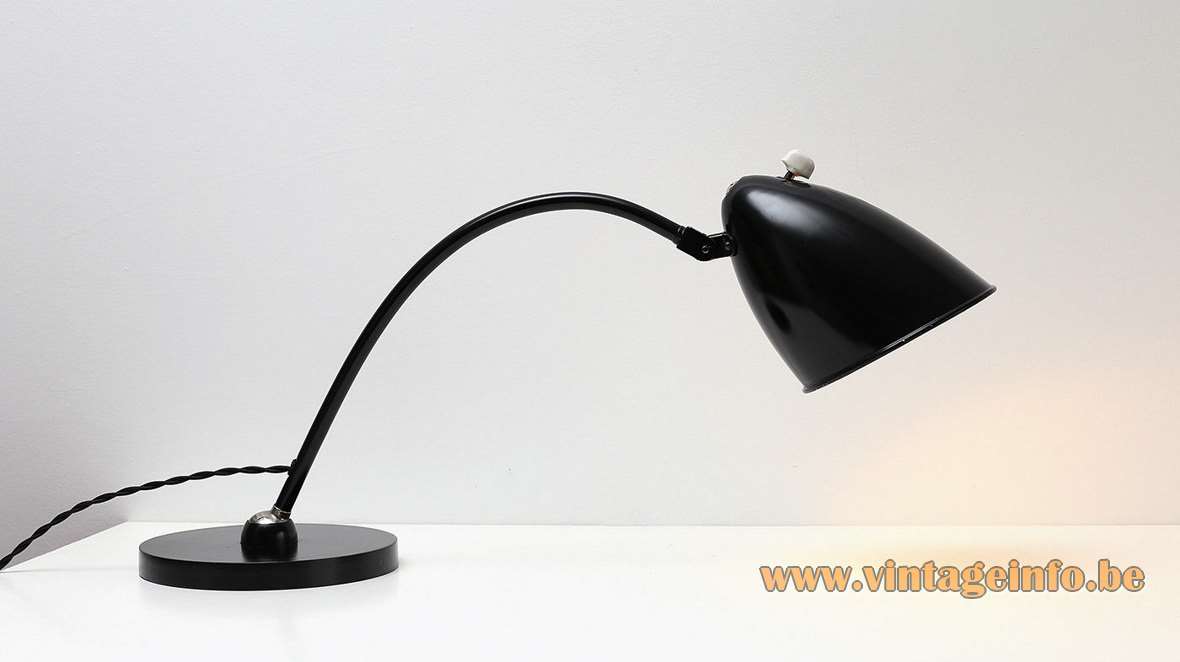 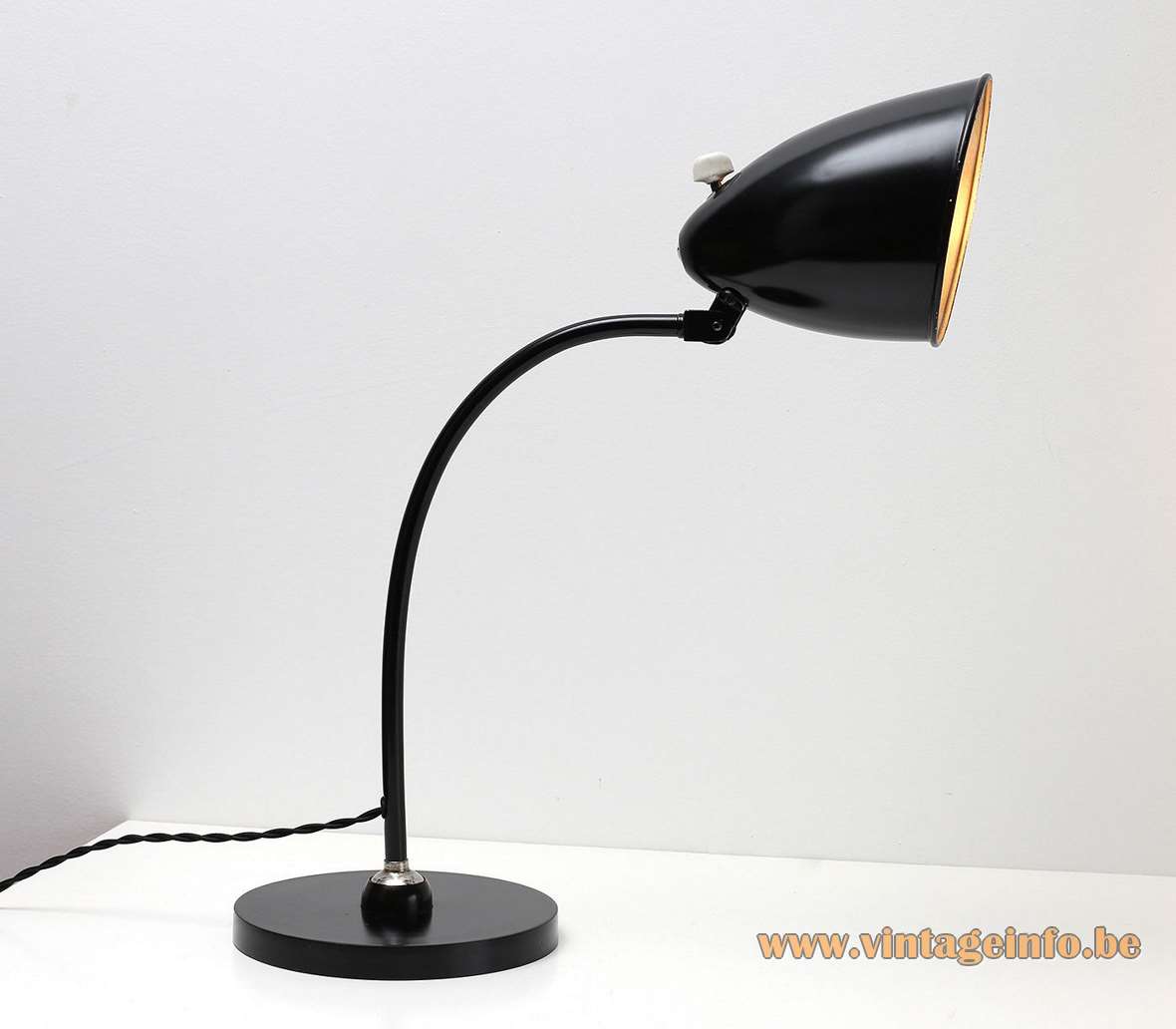 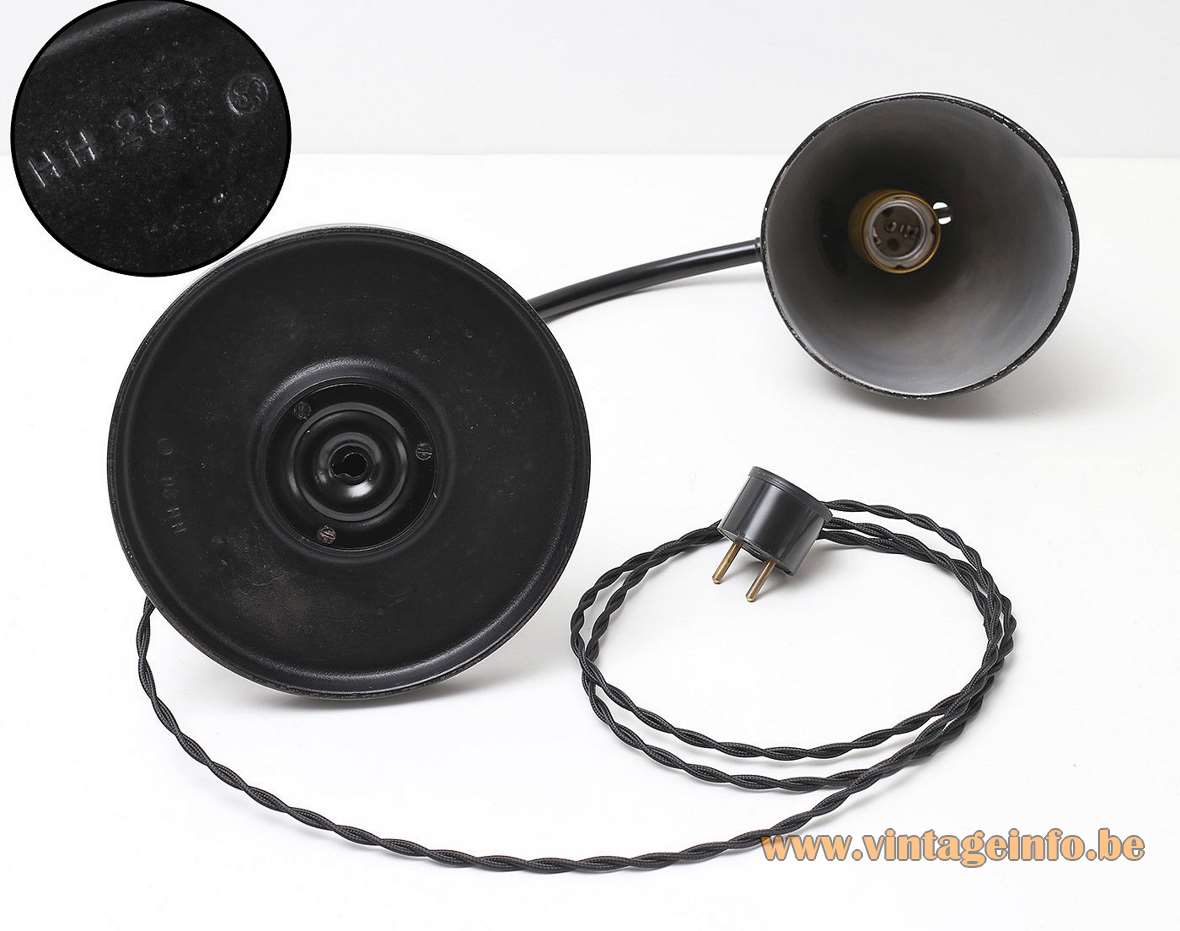 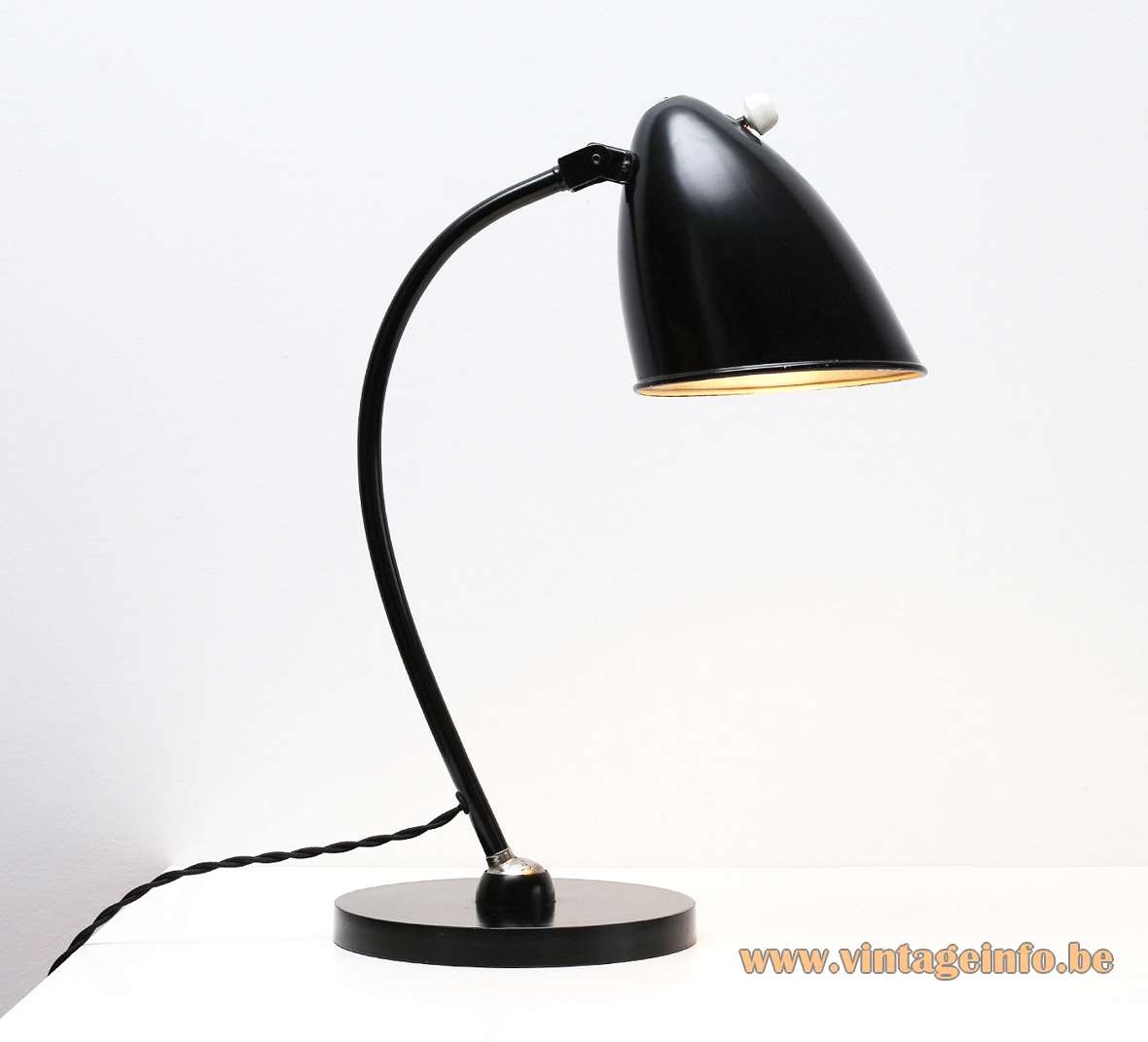 Designretter, all about German lamps

Other versions: The Hala Hannover desk lamp 1464 exists also in off-white. Before the war, in a catalogue from 1937, this lamp was numbered as lamp model 1464. Later it became 703, probably after World War II, as you can see on the publicity below. This working or table lamp can also be used as a wall lamp. The bigger model 704 is 45 cm (17.71) high.

This lamp has a different joint on the lampshade. Probably this lamp is an early version or it has another number. It is designed in the Christian Dell style and it is reminiscent of the Polo Popular lamp he designed for Bünte und Remmler (BuR).

The company’s origin is in Hannover, Germany. The name is derived from the Hannoversche Lampenfabrik GmbH, founded in 1920. Both companies sold the same lamps and used similar catalogues. Hala from The Netherlands never stopped business. 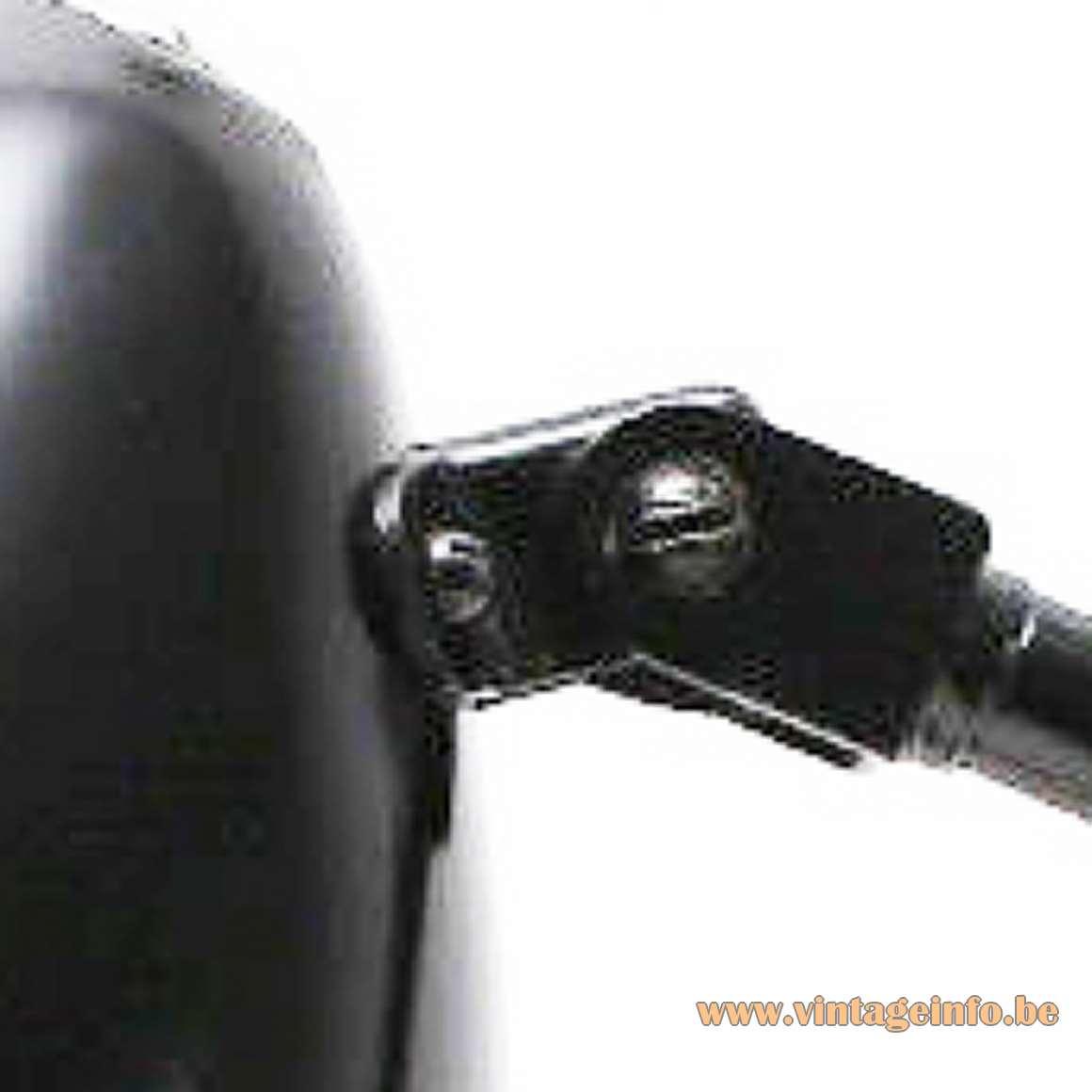 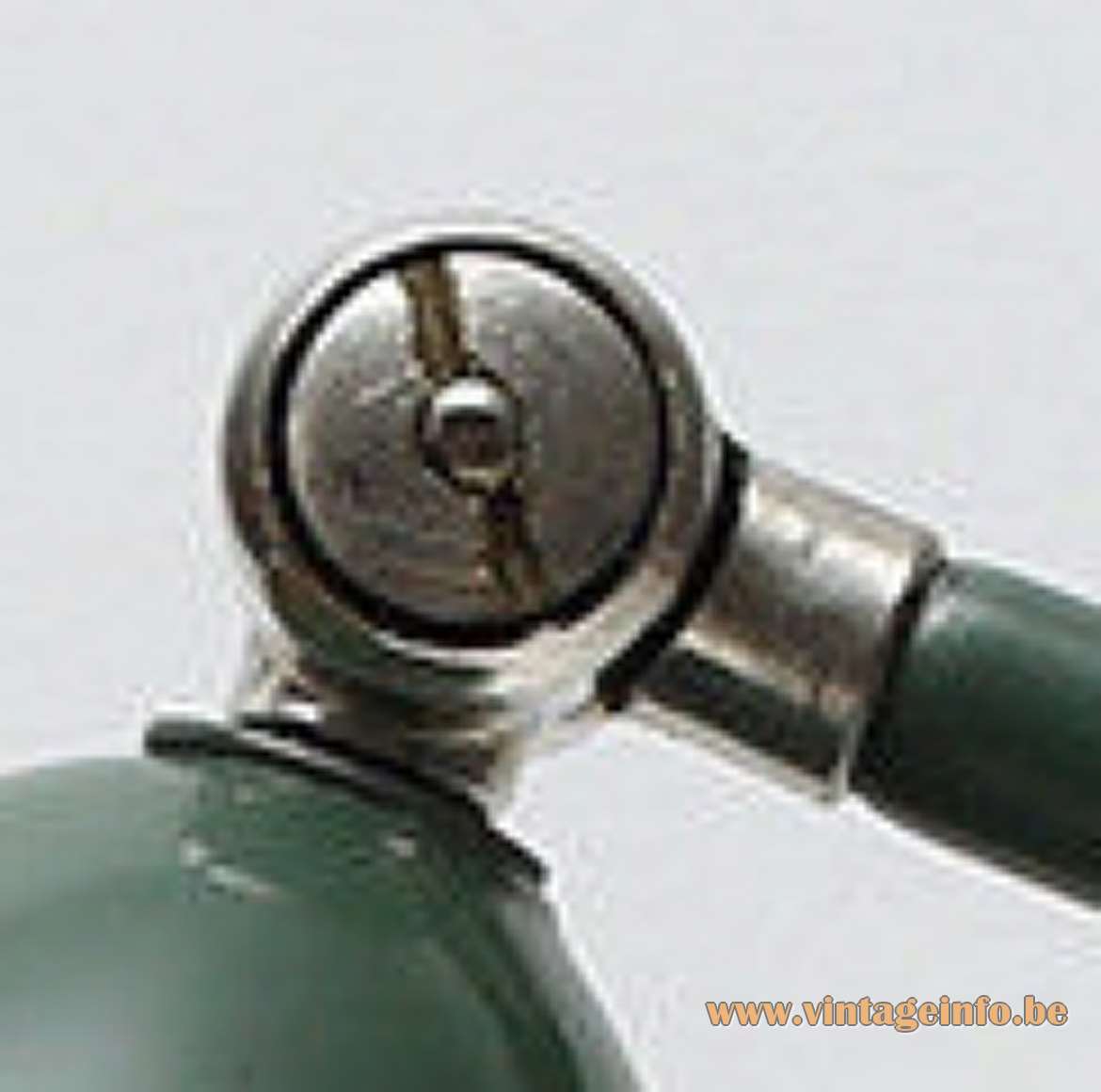 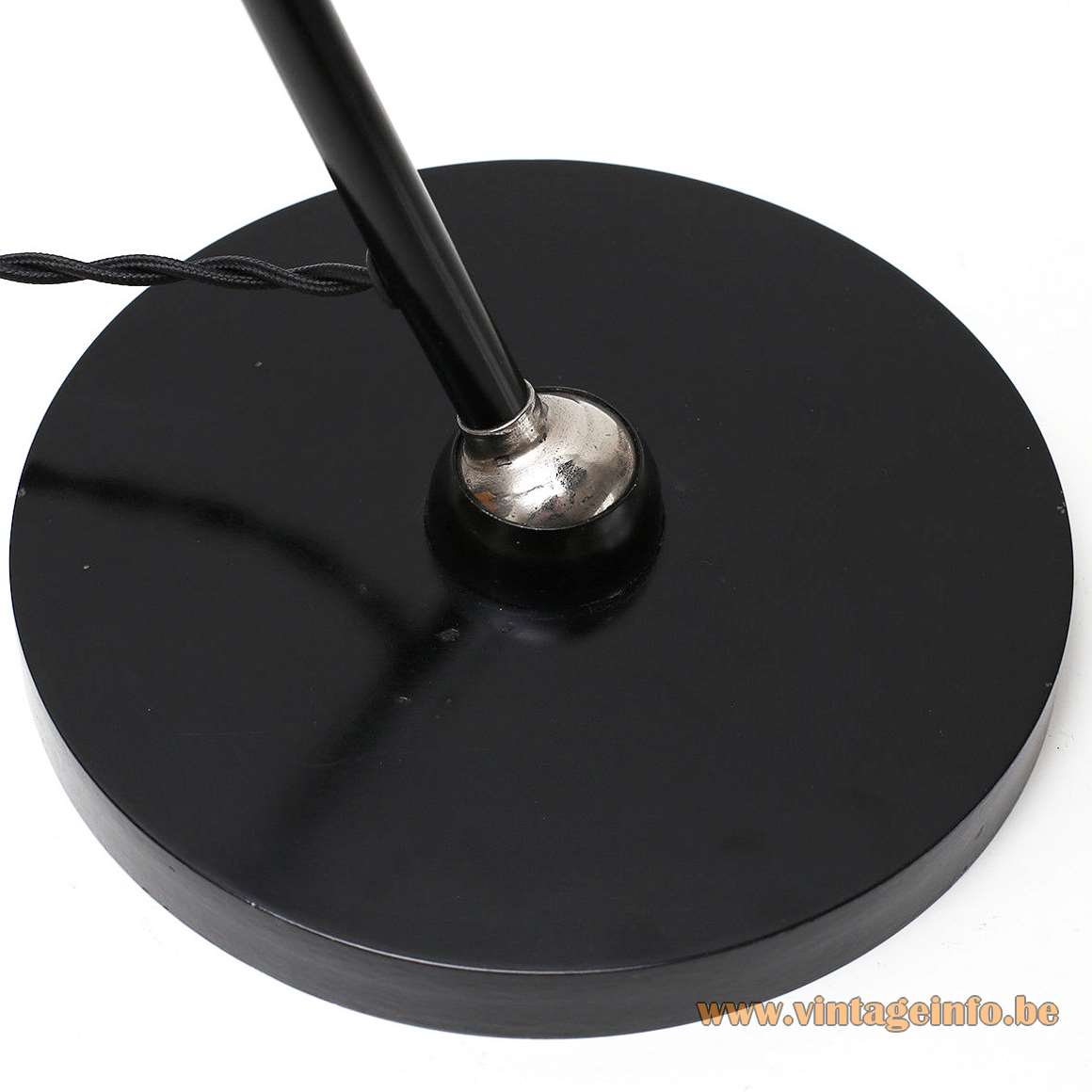 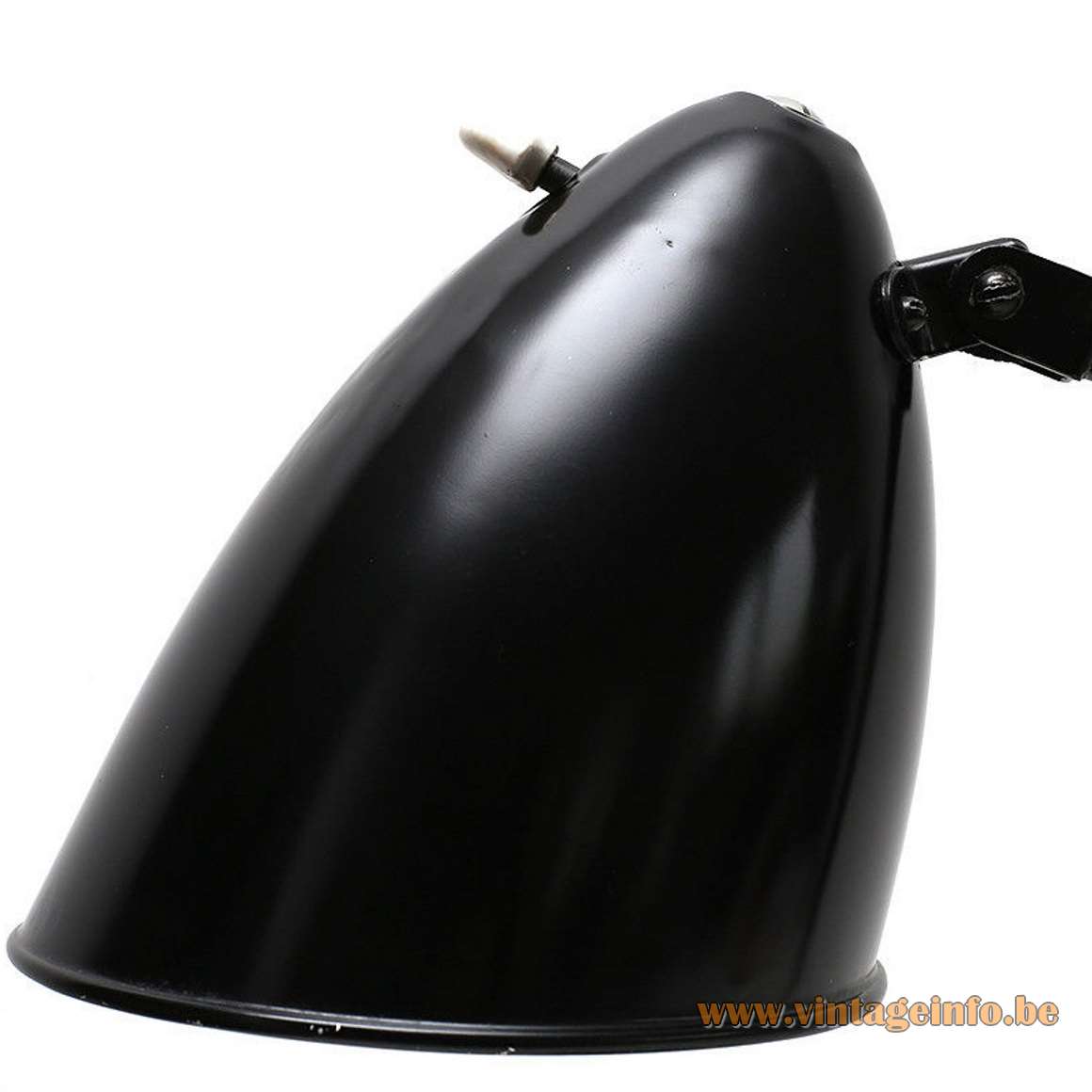