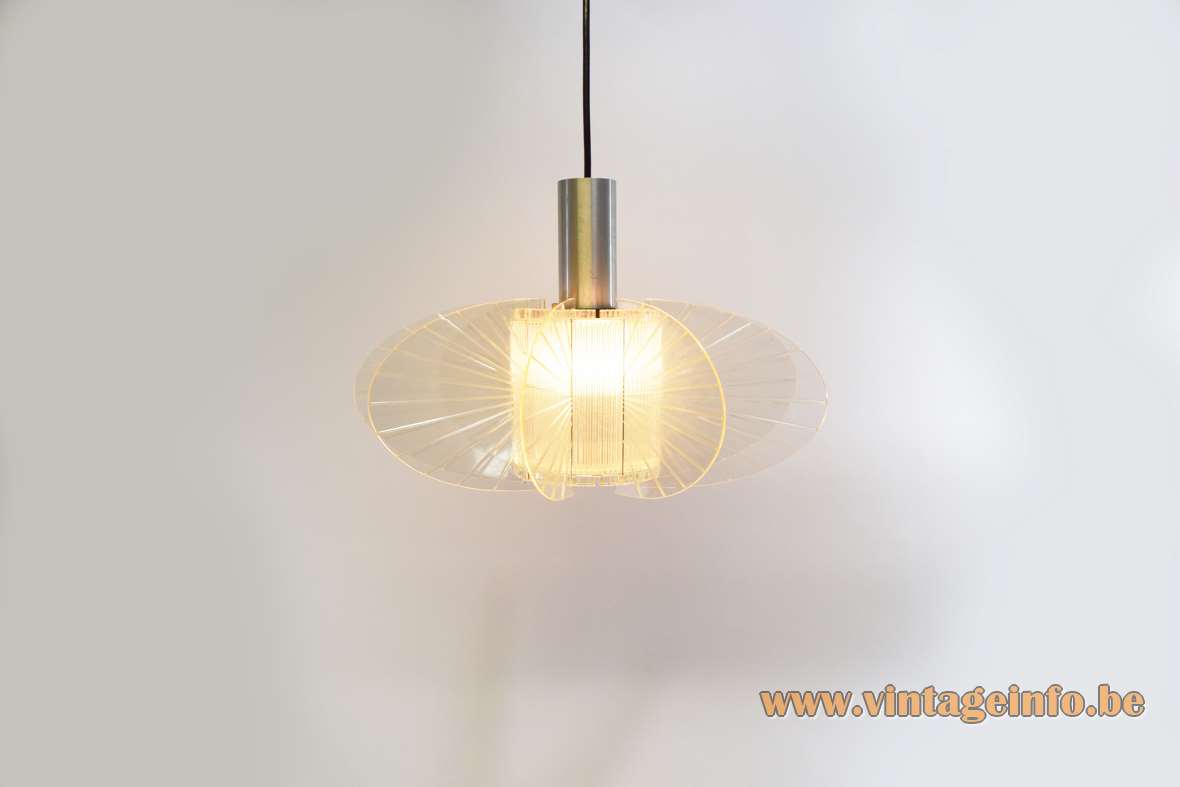 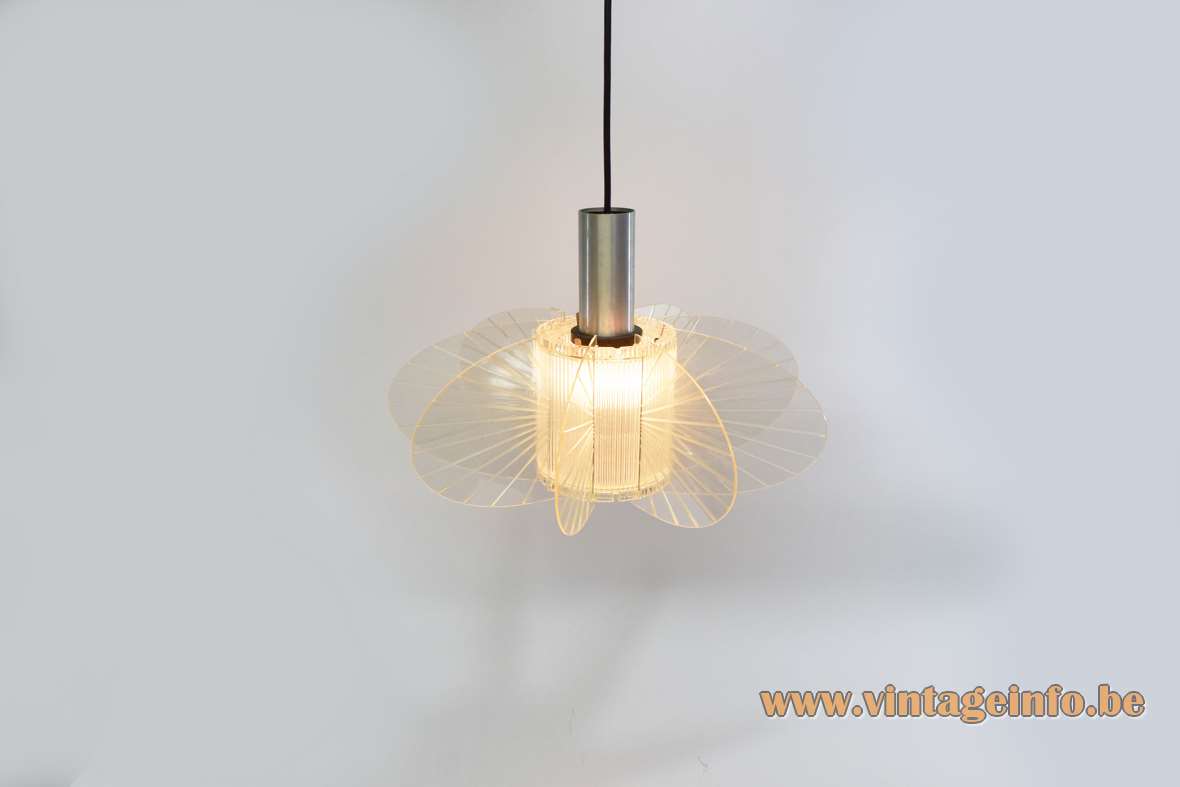 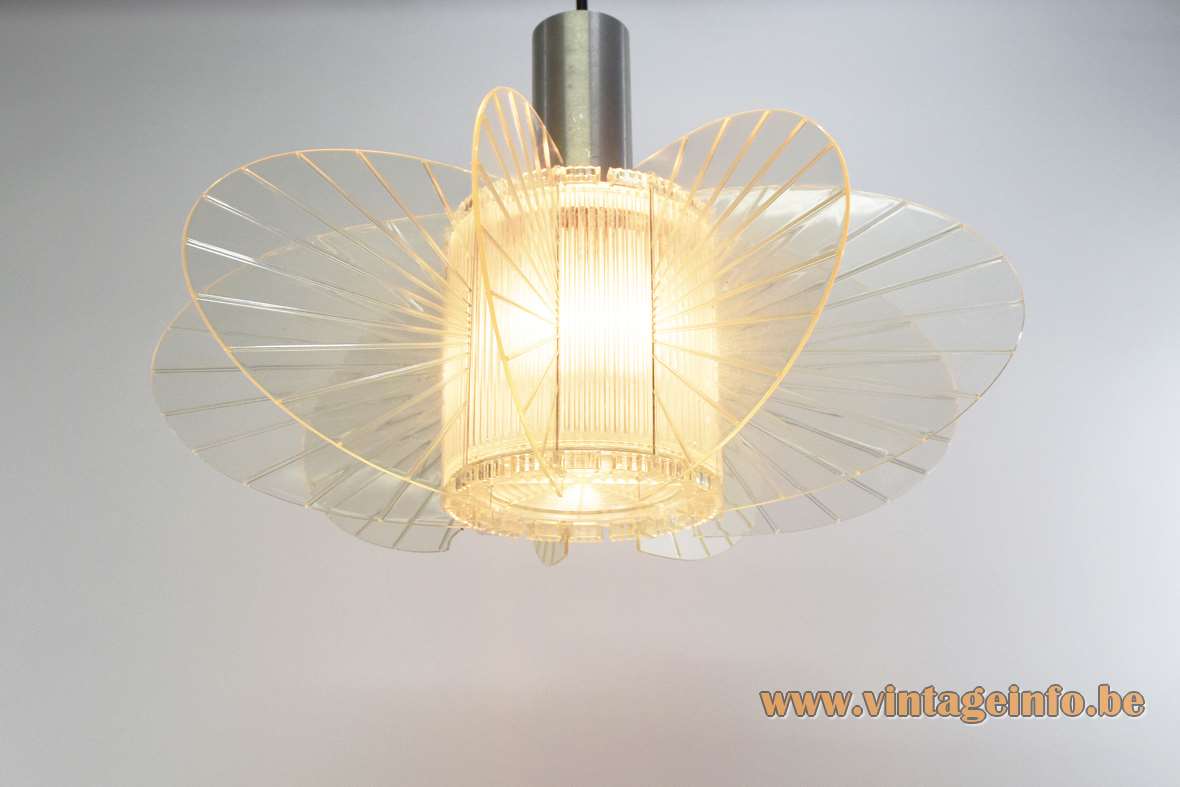 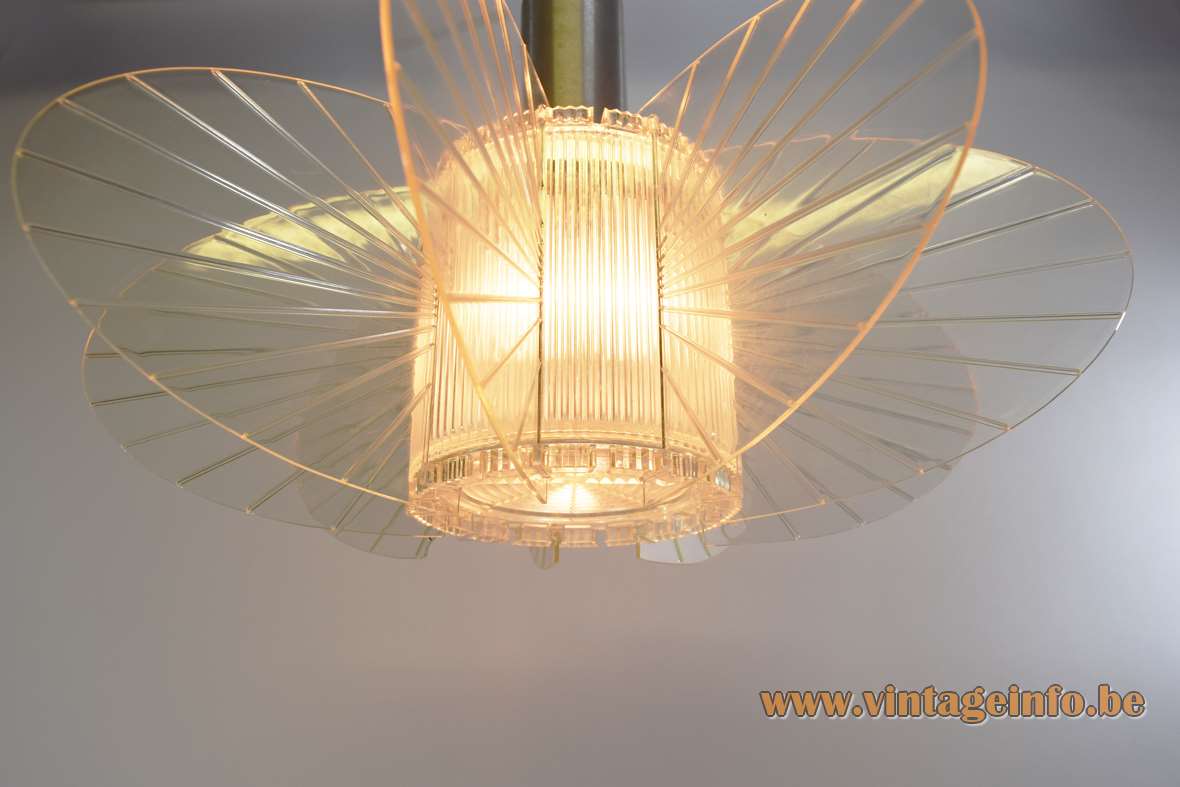 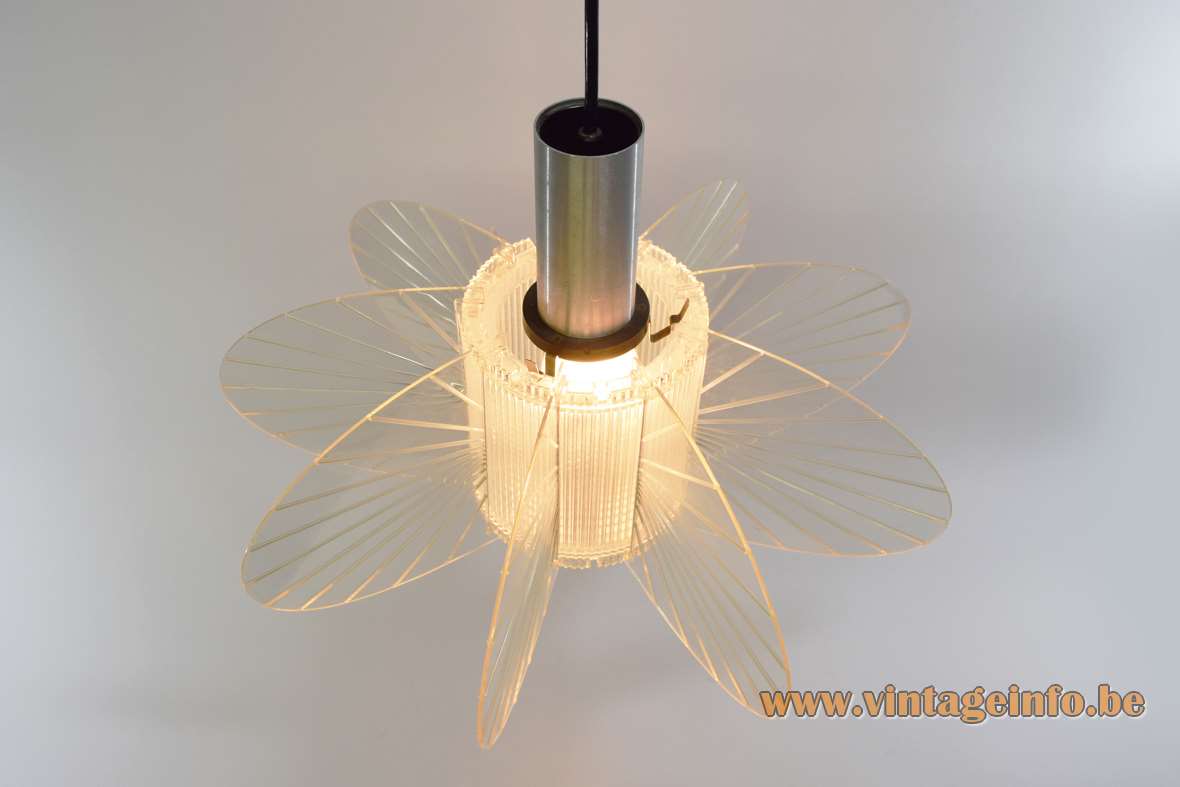 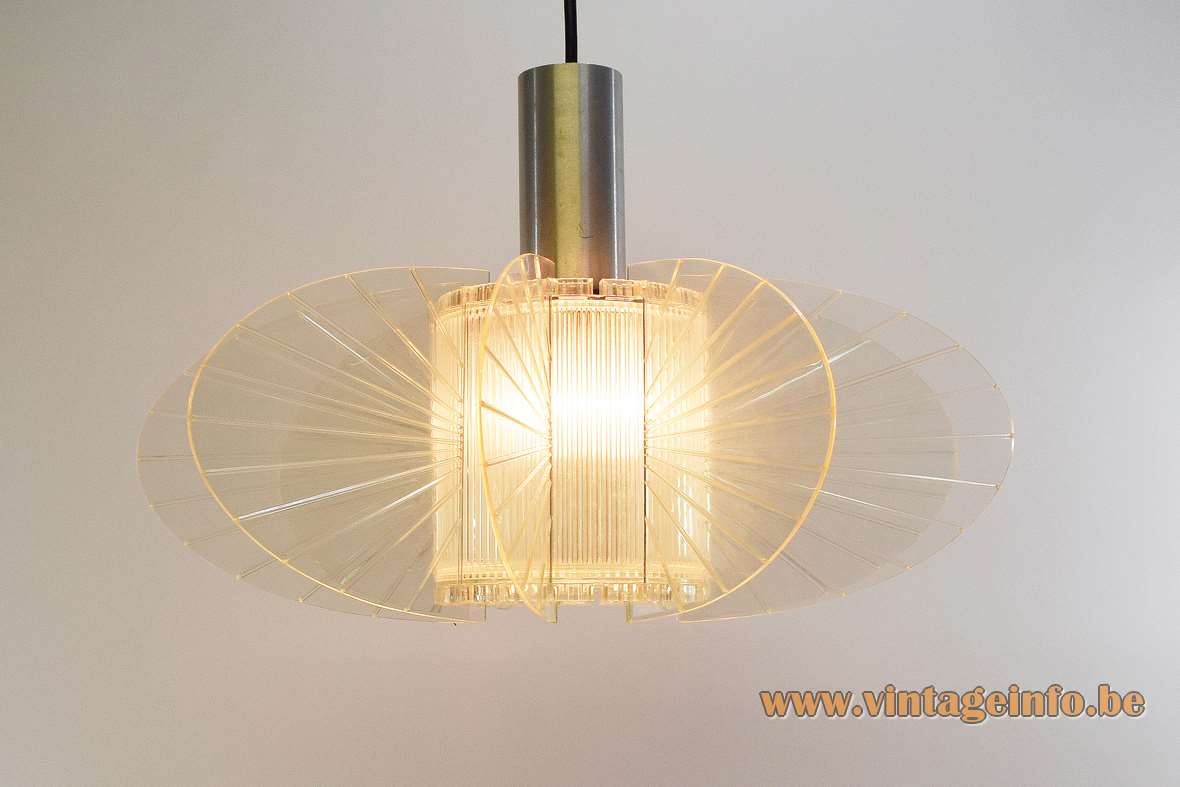 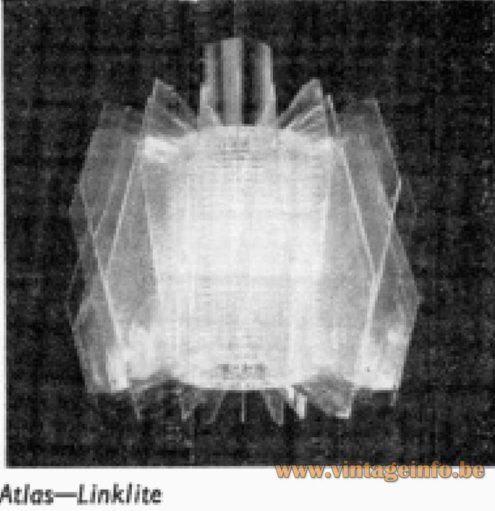 Other versions: This “propeller” 1960s slats pendant lamp exists in several versions. Below are some other editions, the spring mechanism to connect the socket with the clear plastic lampshade and the aluminium tube are the same.

They presented them the first time on the 1968 exhibition in the Olympia in London. These range of lamps were named Linklite.

Atlas Linklite lamps in the 1967 and 1968 Philips catalogues 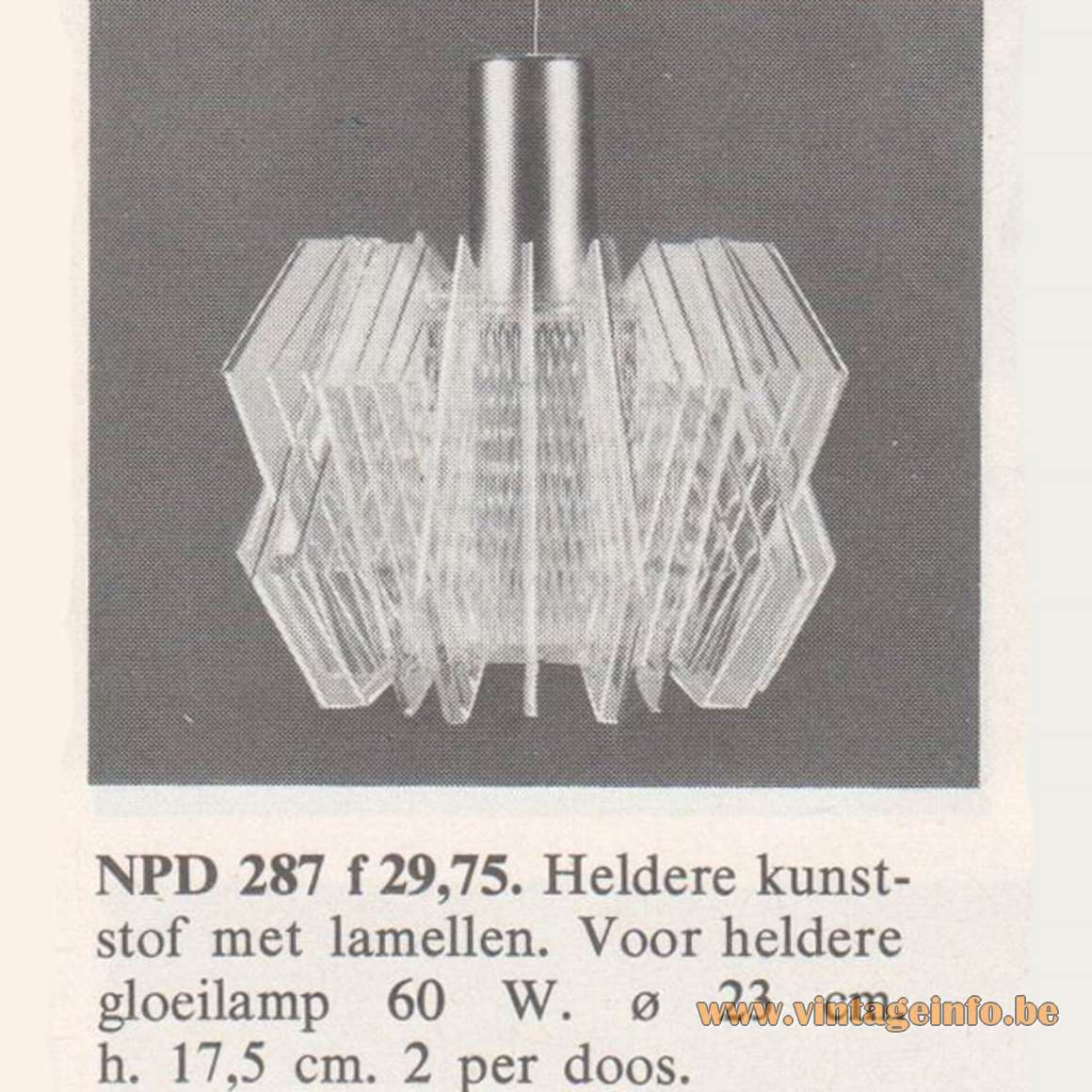 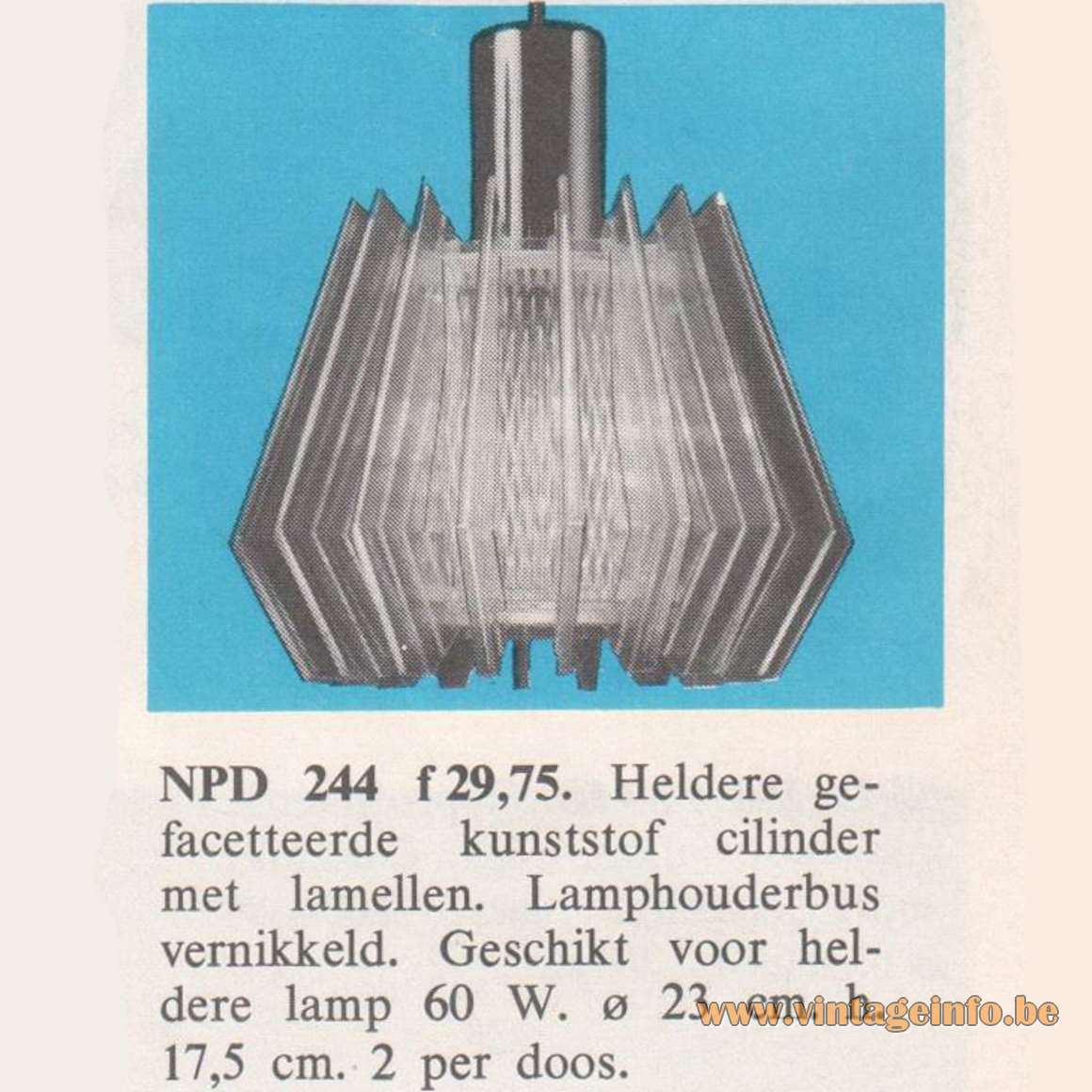 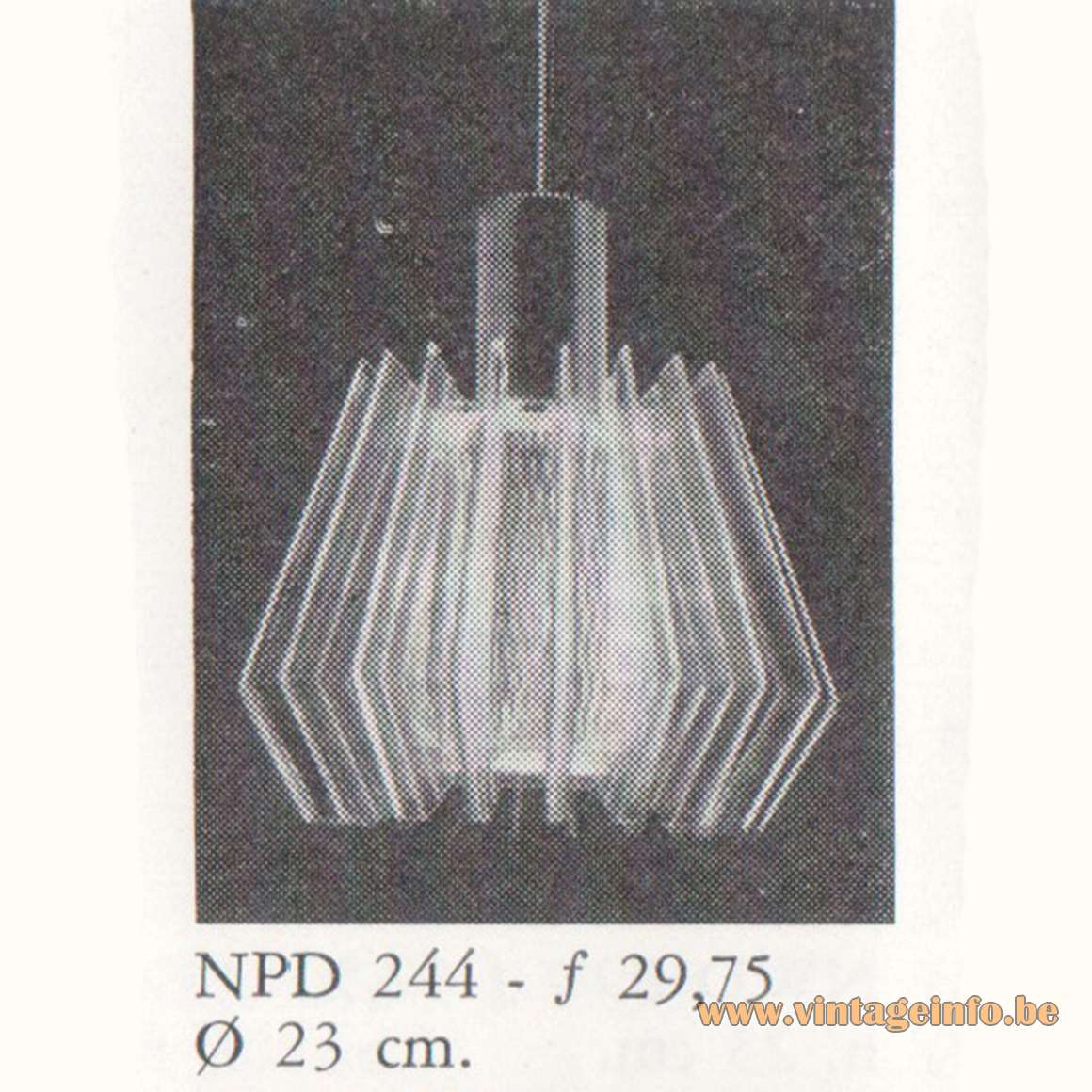 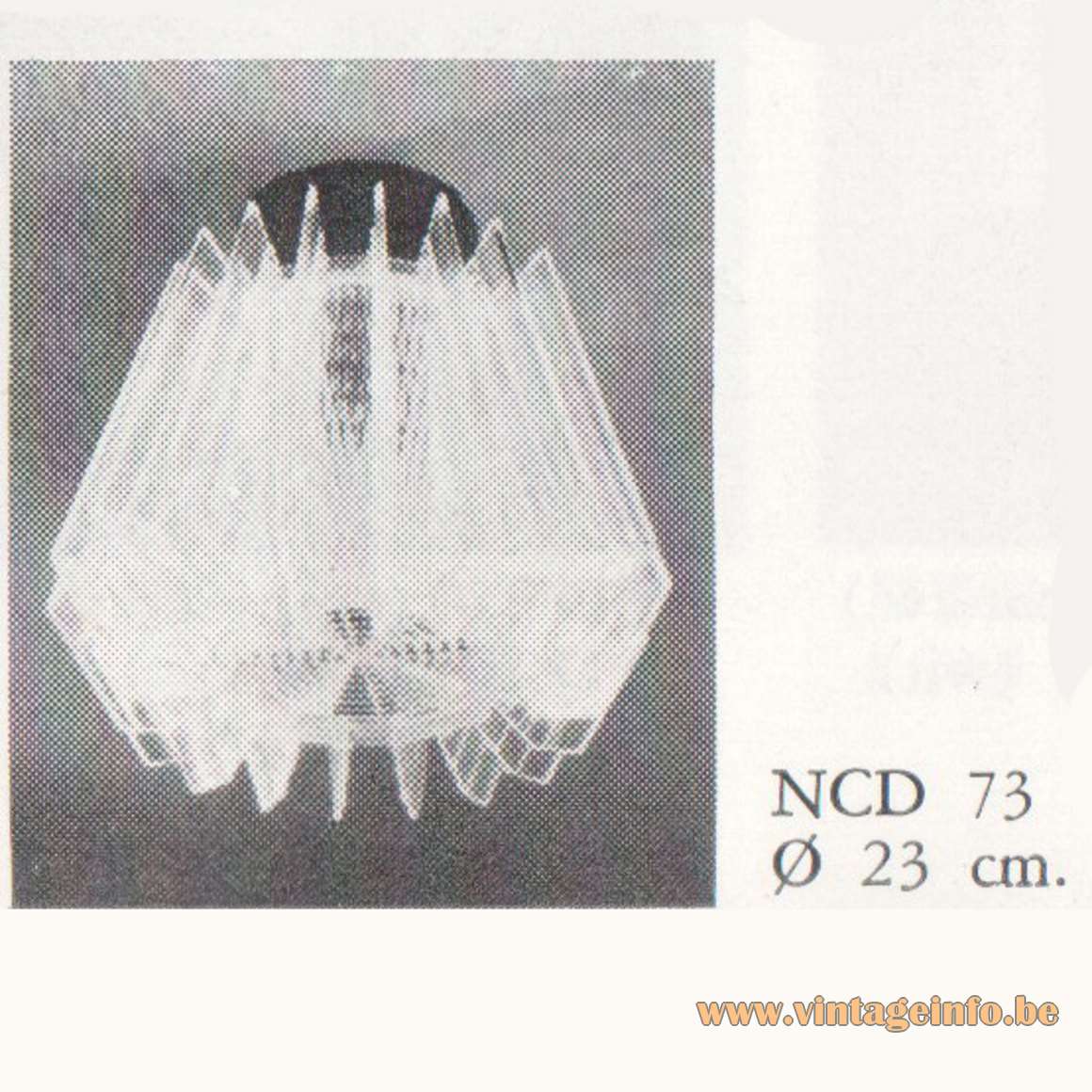