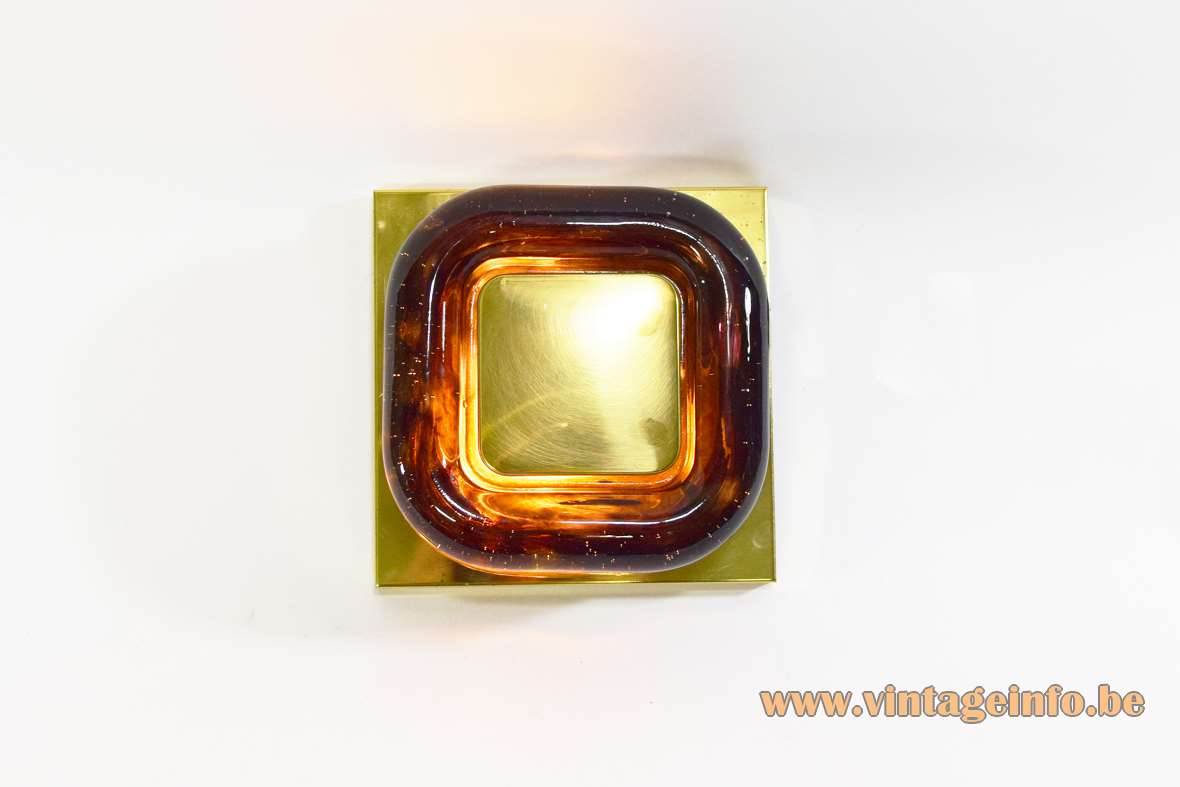 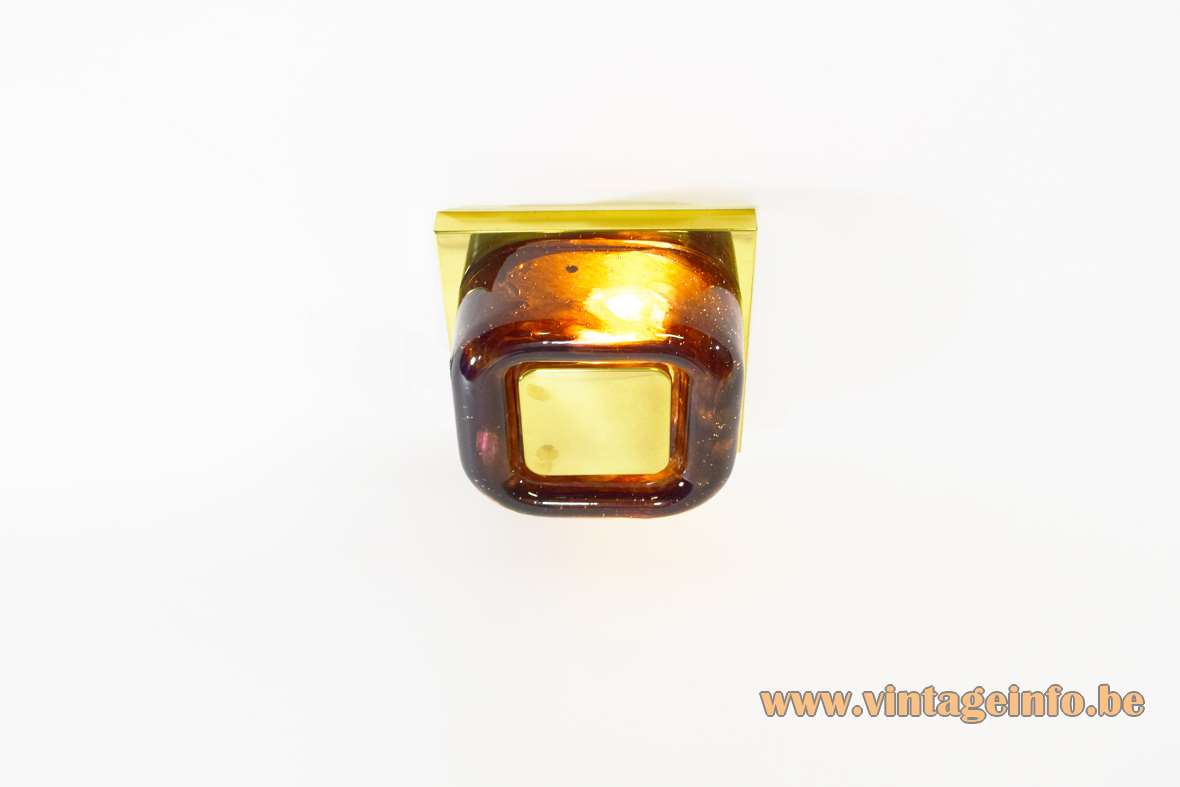 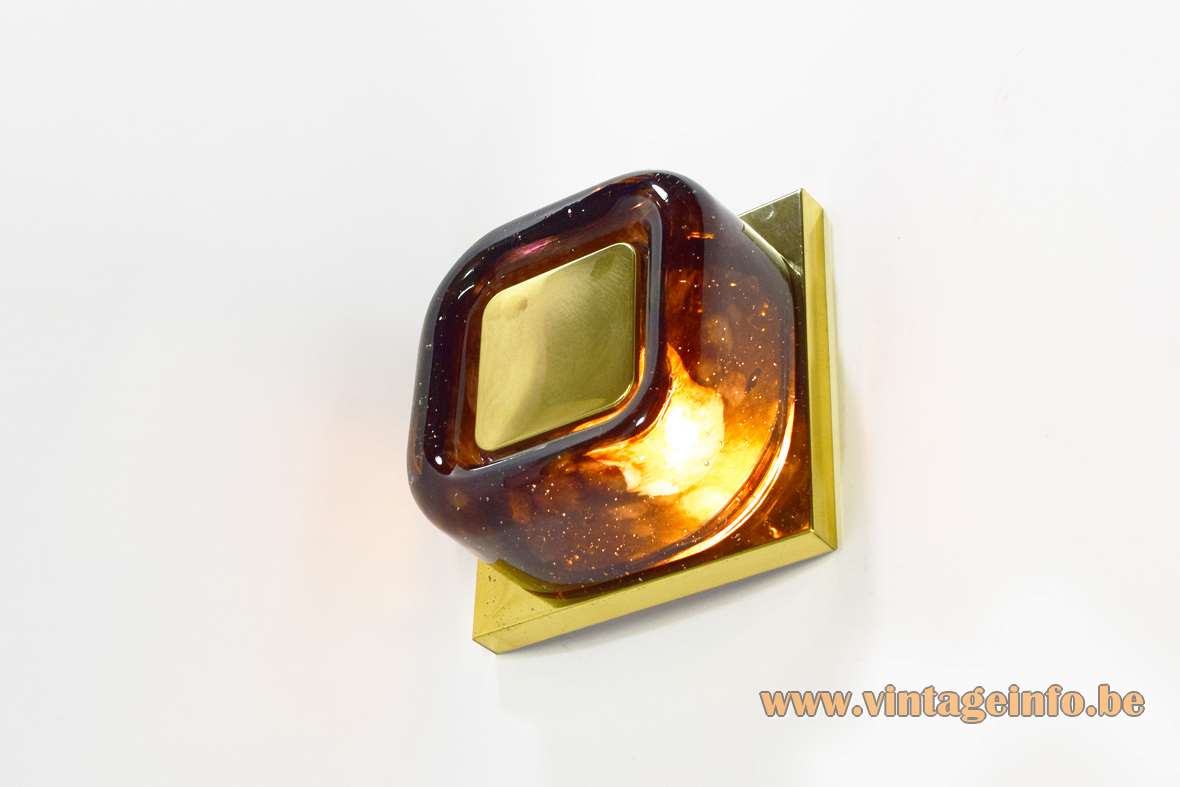 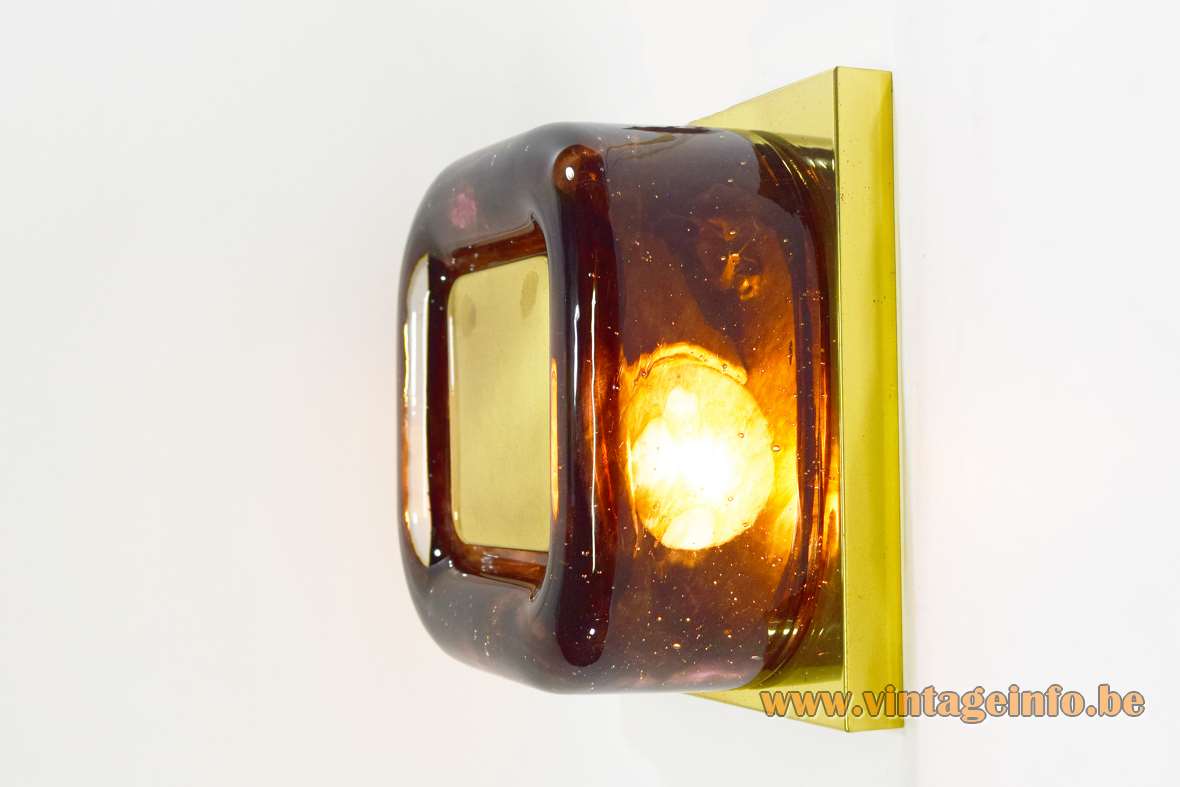 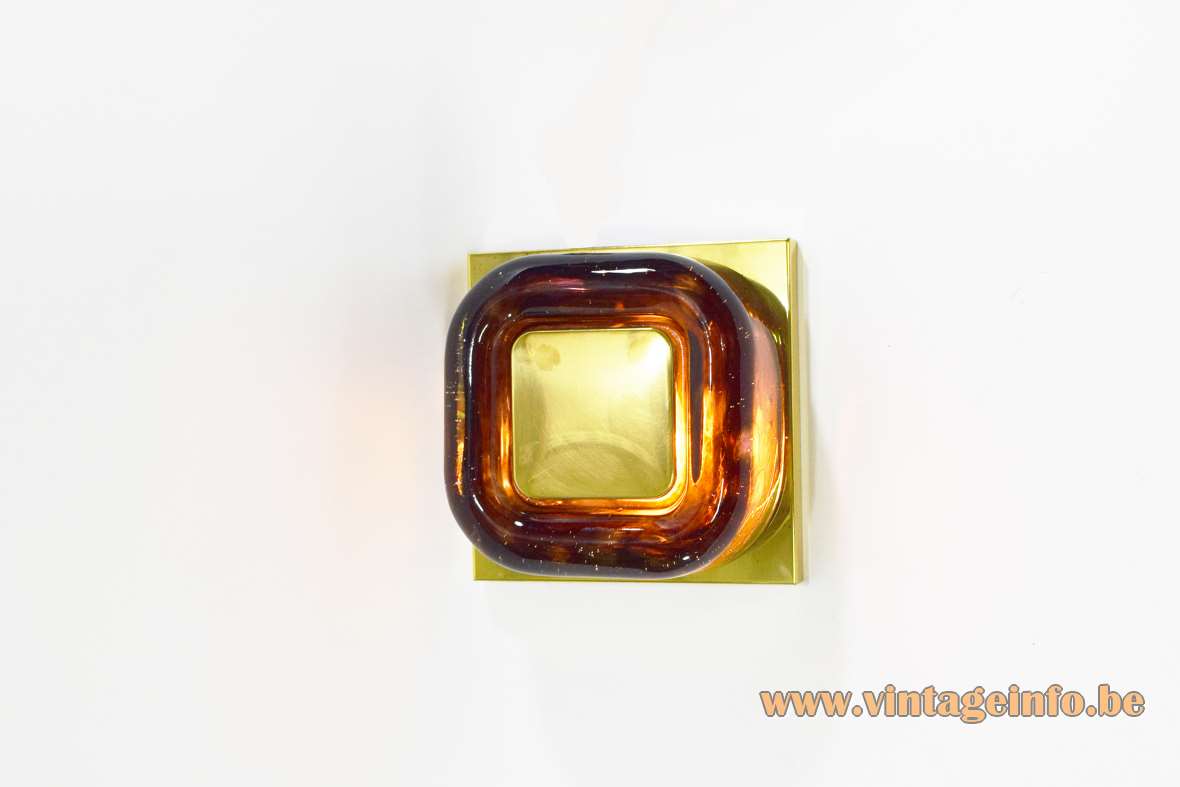 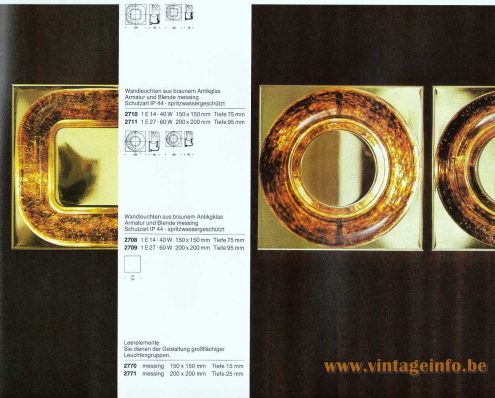 This wall lamp on the iF Design Awards website

Artemide Delfo Mirror in the catalogue from 1973

Artemide Delfo Mirror in the catalogue from 1976

Other versions: The 1970s square brass & glass wall lamp was also made in a round version. Versions exists in opaque glass and chrome. It can also be used as a flush mount/ceiling lamp.

Hellin Helena Tynell, born as Helena Turpeinen on December 10, 1918 in Äänekoski, Finland. She past away at January 18, 2016 in Tuusula, also in Finland.

Between 1943 and 1946 she worked with ceramics design in Arabia Oy, Finland.
Parallel to this, and until 1953, she also worked with lighting at Oy Taito AB, the company of her husband. Between 1946 and 1976, she was one of the most influential designers in the Riihimäki Lasi – Riihimaen Lasi Oy glass factory. All in Finland.

Tynell also freelanced for companies as Flygsfors glass-works, Sweden, Bega Leuchten and Glashütte Limburg both in Germany and Fostoria Glass in the United States.

One of the best known designers was Helena Tynell who created several lamps for the company. Her most famous are the bubble glass lamps series.

Italian word taken from the dialect word pulega, which means bubble. The glass is containing numerous bubbles of all sizes. Produced by adding bicarbonate/soda, gasoline, or other substances to the glass. The bubbles make the glass semi-opaque and give the surface an irregular texture. The technique was developed in the 1920’s by Napoleone Martinuzzi (1892-1977) on the island of Murano, Italy. It was used for the first time by the famous Venini company.

This wall lamp is reminiscent of the Delfo mirror. The mirror was designed by Sergio Mazza for Artemide in 1964.