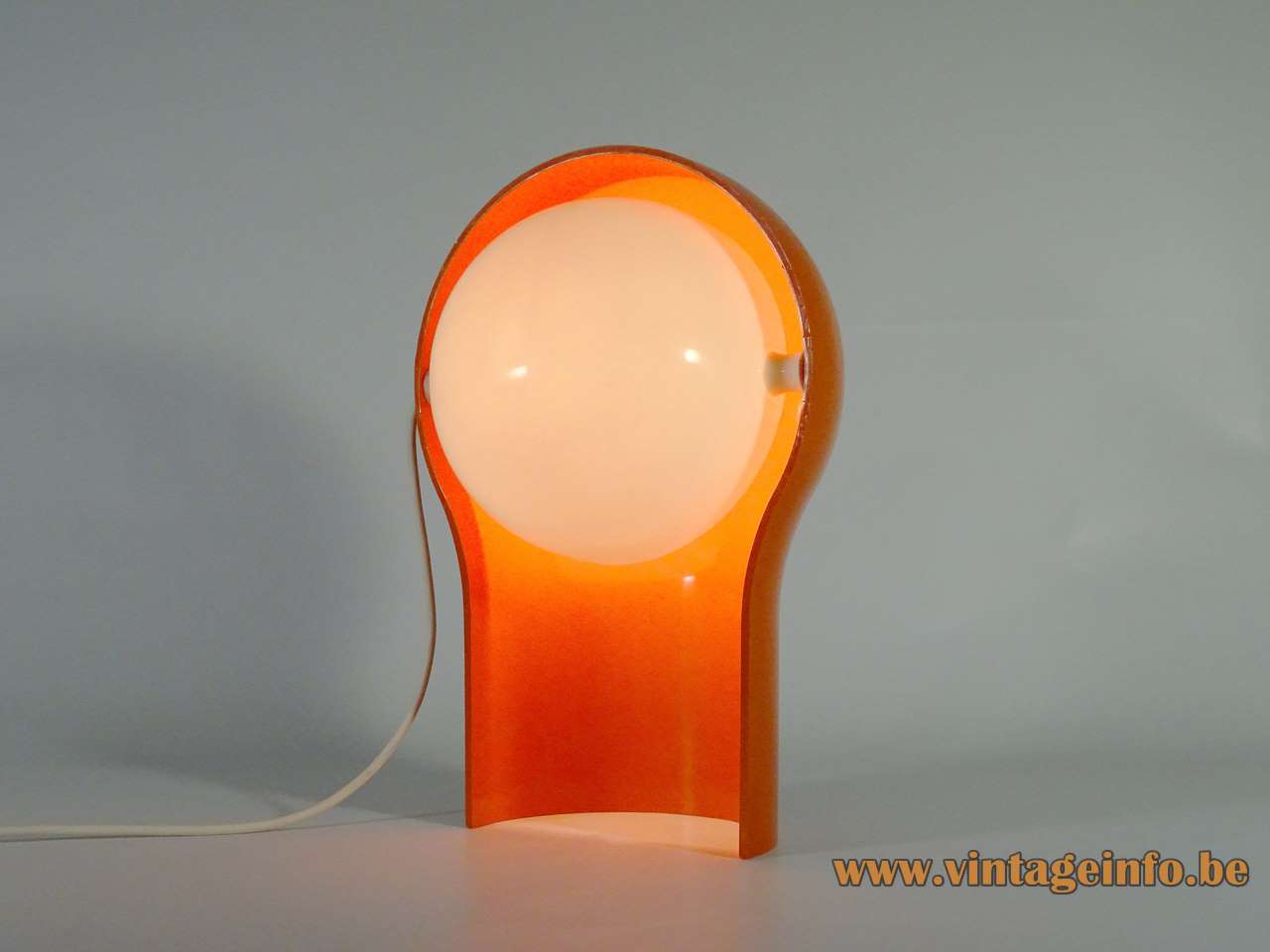 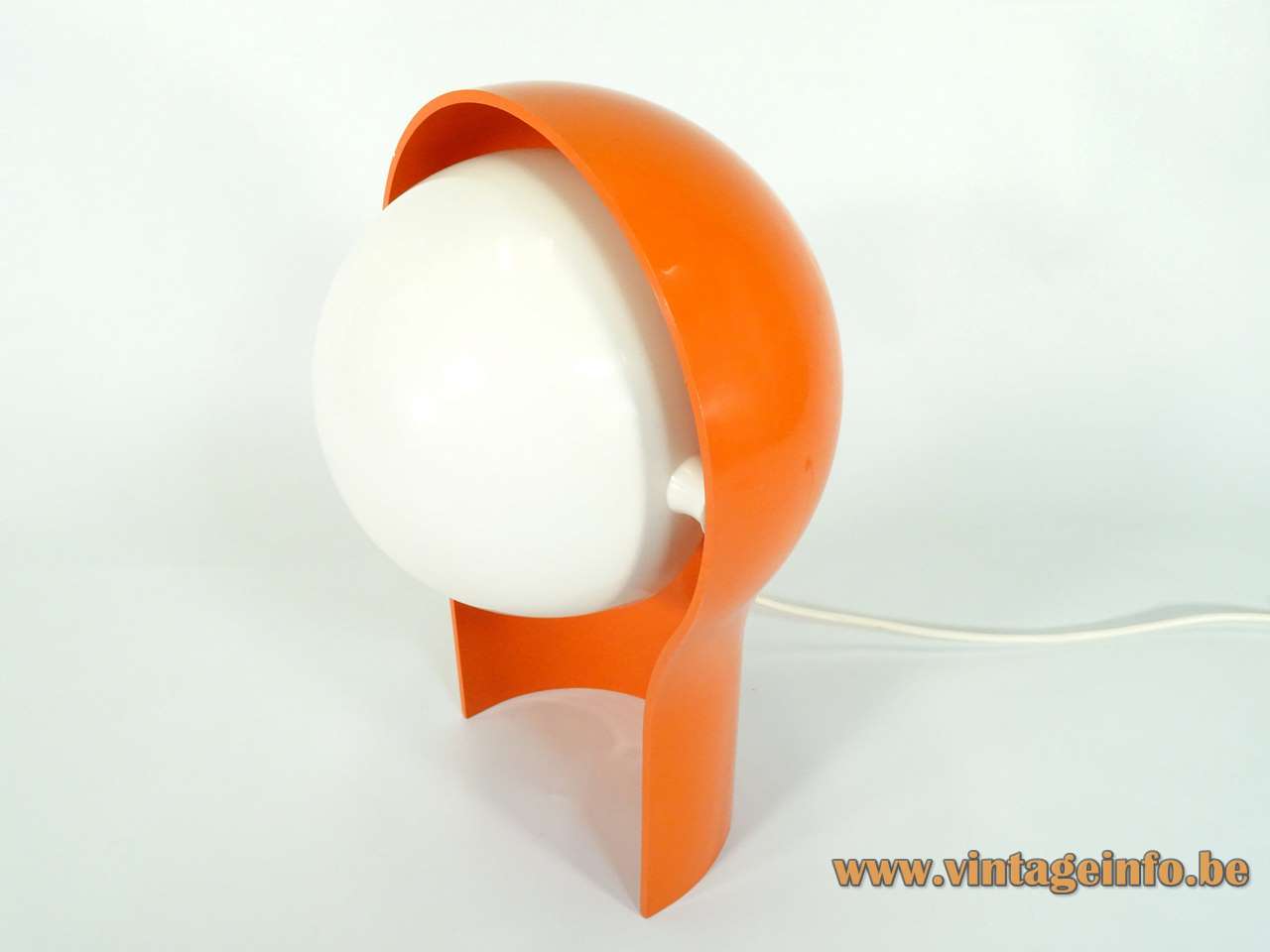 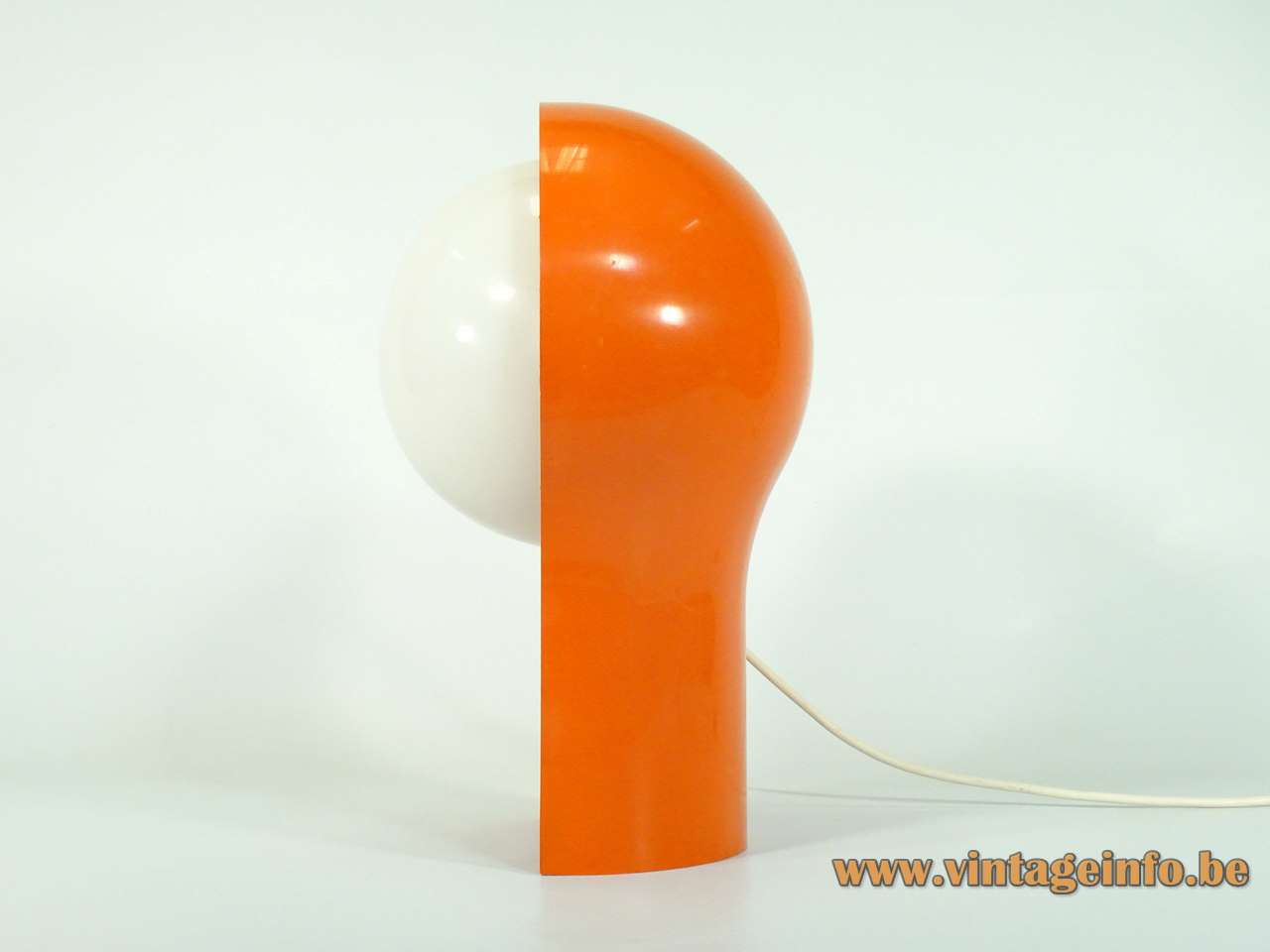 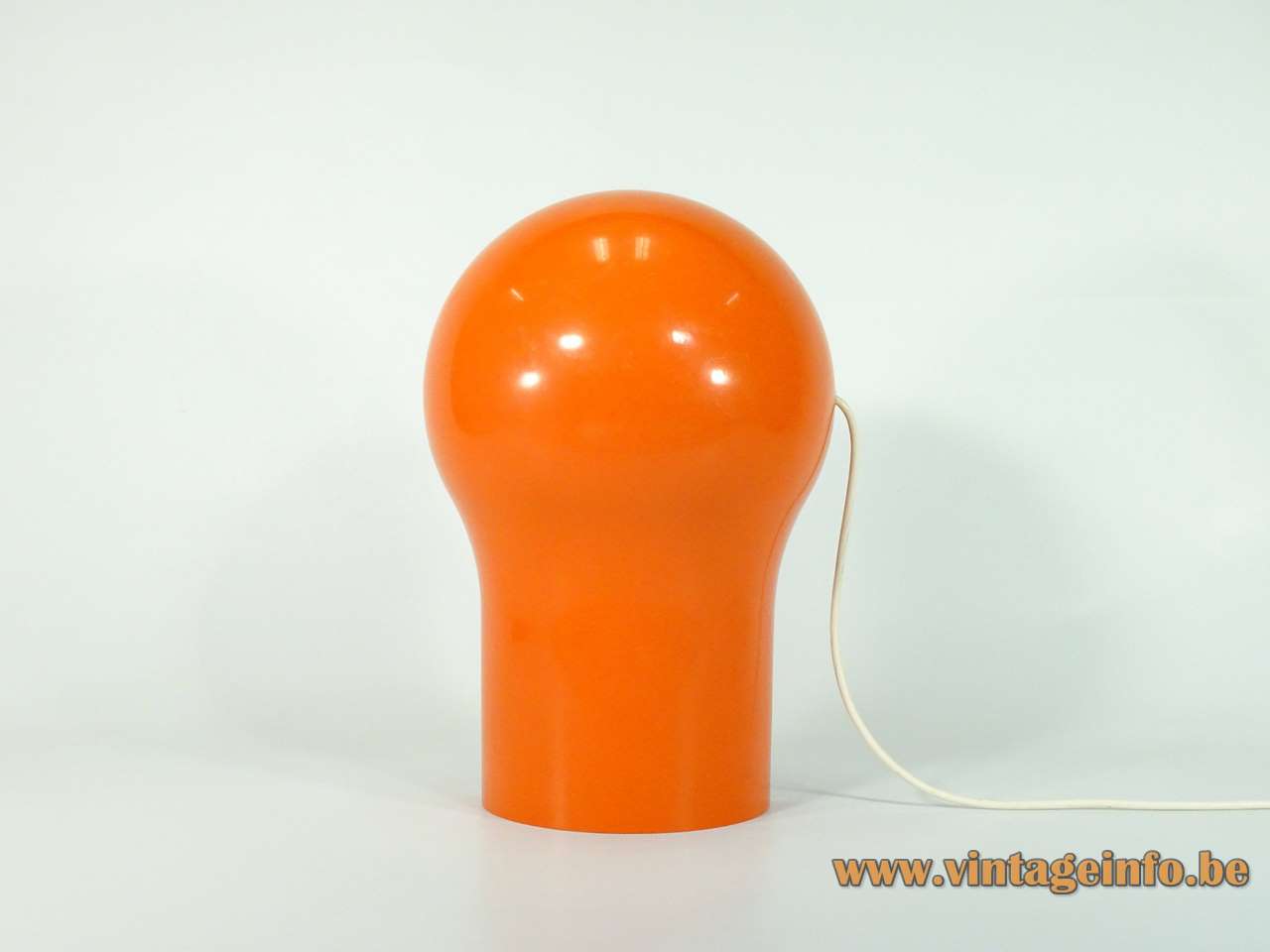 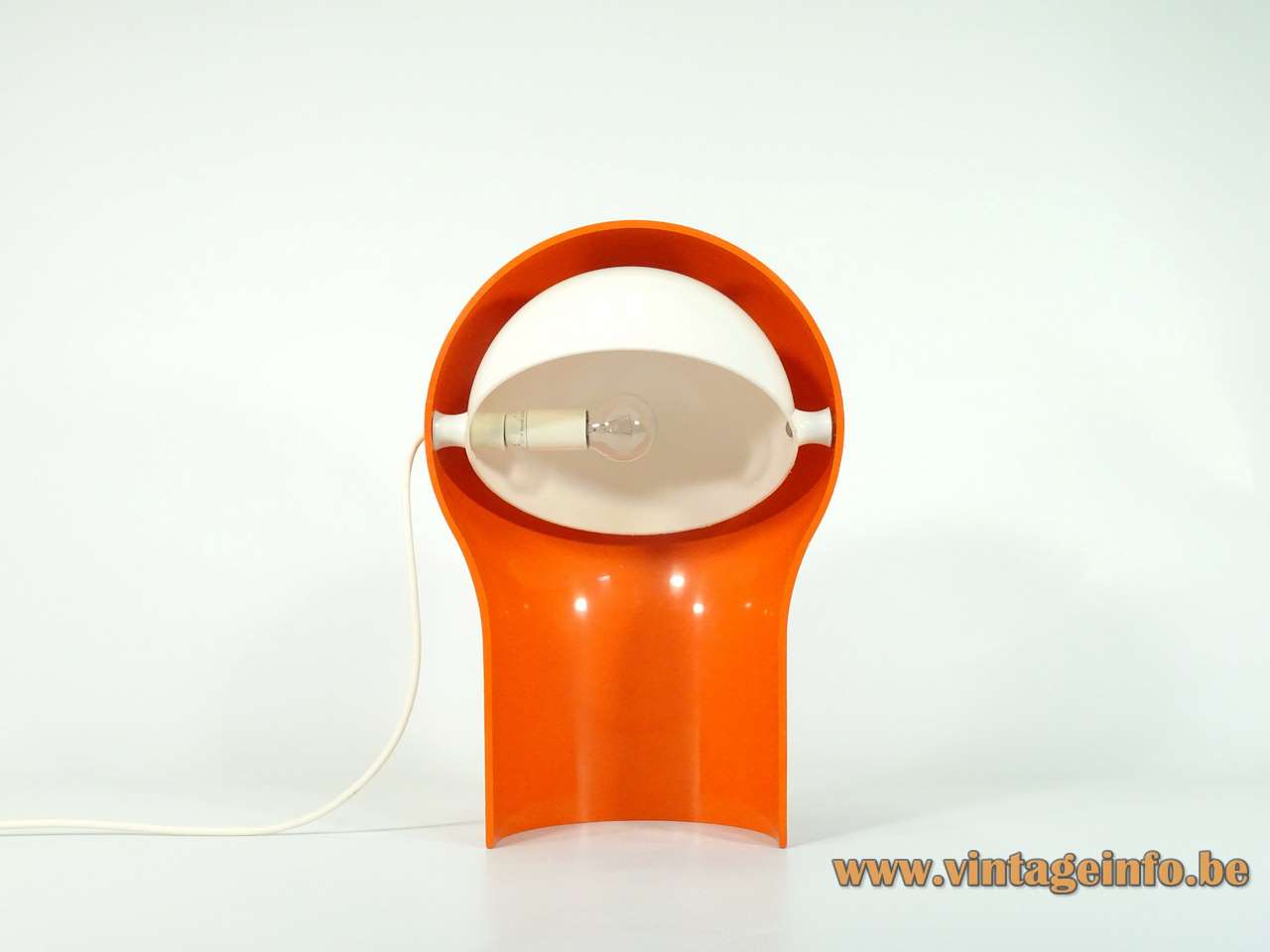 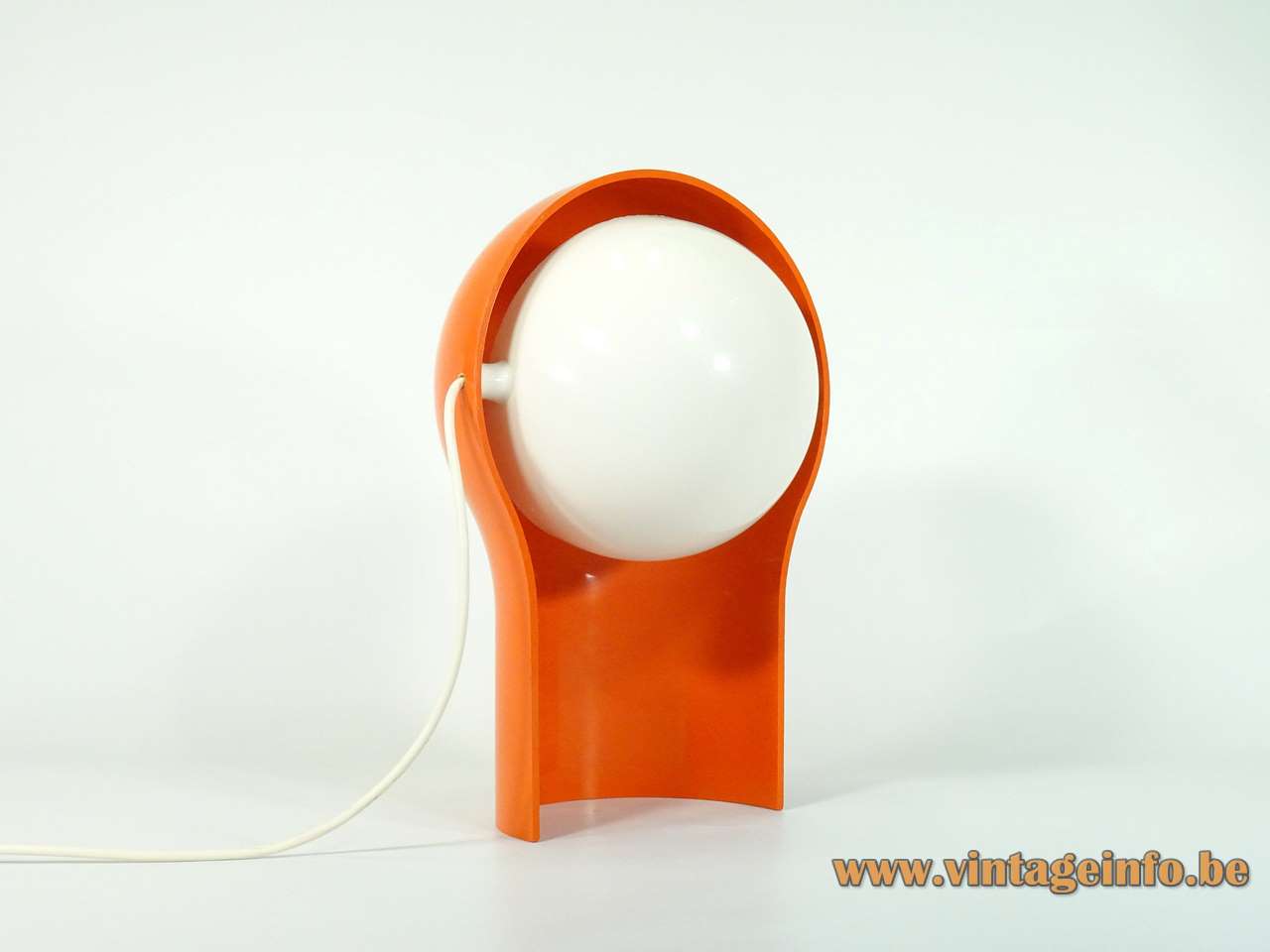 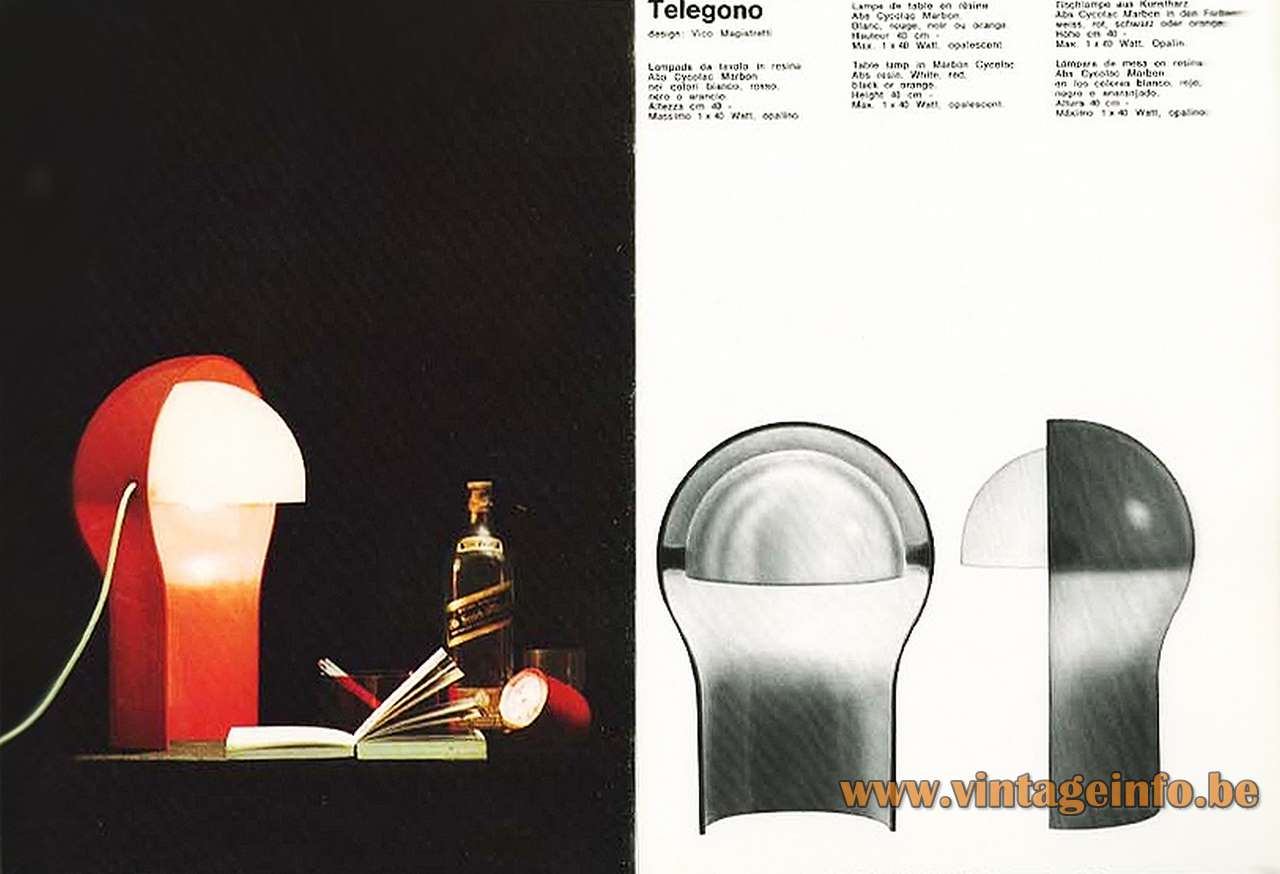 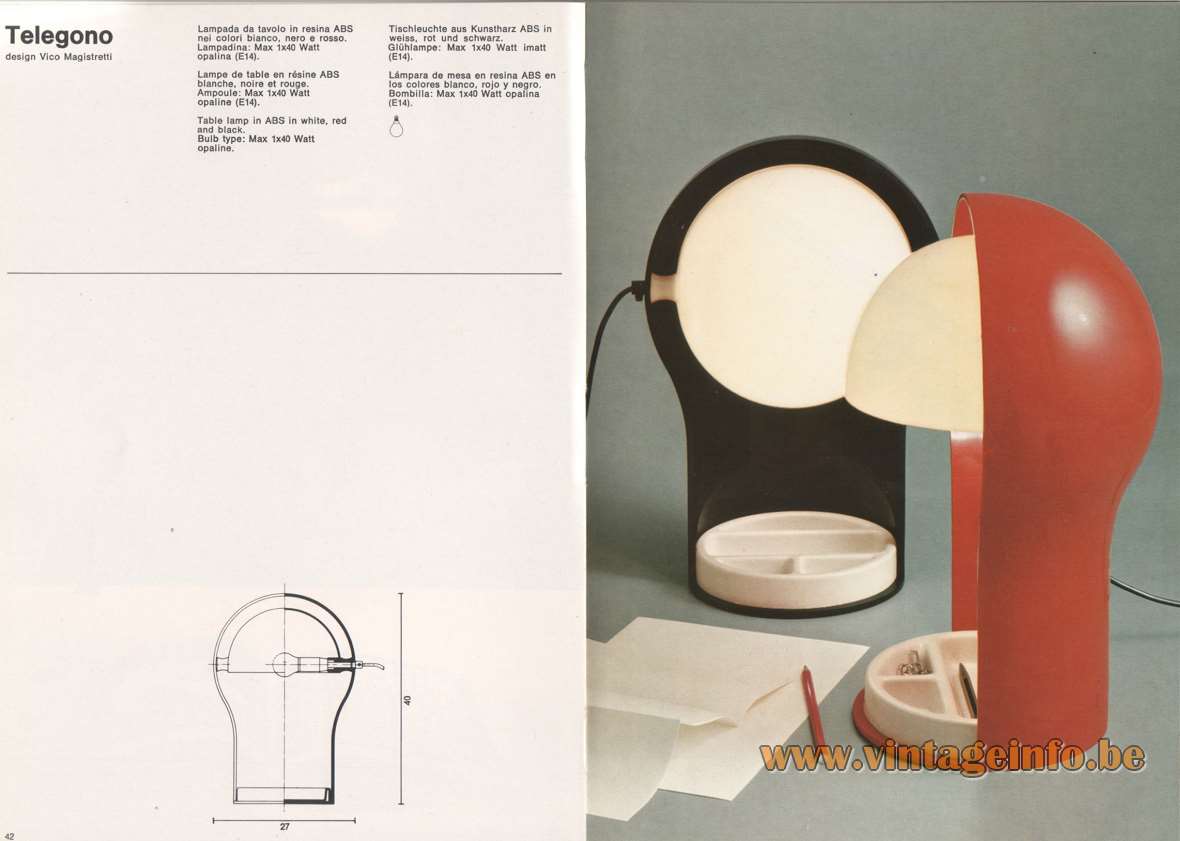 Materials: Base made of curved orange ABS plastic. White half round globe lampshade, diffuser. Some metal and plastic parts. Bakelite E14 socket.

Other versions: The Artemide Telegono table lamp was initially made in white, red and black and made in two versions. Made as a desk lamp with a pencil box and as a table lamp without a pencil box. Over the years many colours were produced.

Telegono or Telegonus, was the youngest son of Circe and Odysseus in Greek mythology.

Below the translated text from the Memomi website following a documentary that was made in 2016 and aired on Sky Arte HD on 19 September 2006, exactly ten years after the passing of Vico Magistretti. A Sky Arte HD production made with the collaboration of the Magistretti Foundation. You can watch it on their website (in Italian).

An elegant dandy, a refined classicist, designer and architect who has shaped the Milanese urban landscape, a lover of English culture and golf. Author of icons that have made history, Vico Magistretti has always pursued a simplicity that he called “the most complicated thing in the world”.

Visit the studio museum and discover more about Vico Magistretti work as designer and architect. The museum is open on Tuesday, on Thursday and on Saturday. More info on their website: http://www.vicomagistretti.it/en/museum/practical

The Artemide Group is based in Pregnana Milanese, Italy. The company is best known for the Tizio desk lamp designed by Richard Sapper in 1972. Artemide is also famous for the Tolomeo desk lamp, designed by Michele De Lucchi and Giancarlo Fassina in 1986. Artemide produced many other beautiful lights en furniture during all those years.

Also IKEA sold the Artemide Telegono table lamp. It appears in catalogues from 1970 and 1971. At that time the company was only active in Sweden, Denmark and Norway.

An Artemide Telegono table lamp was used as a prop in the French film Les Garçons et Guillaume, à Table! from 2013. (Me, Myself and Mum) An autobiographical comedy written, directed by and starring Guillaume Gallienne.

An Artemide Telegono table lamp was used as a prop in the 1969 Belgian fantasy film Palaver directed by Emile Degelin. Starring Umberto Bettencourt and Christie Dermie. 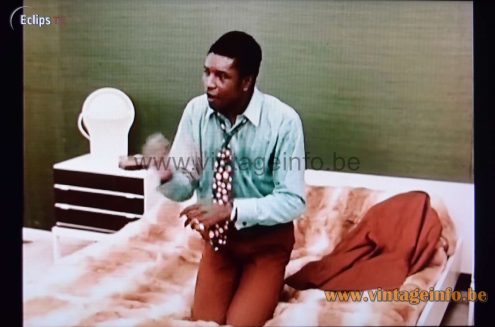