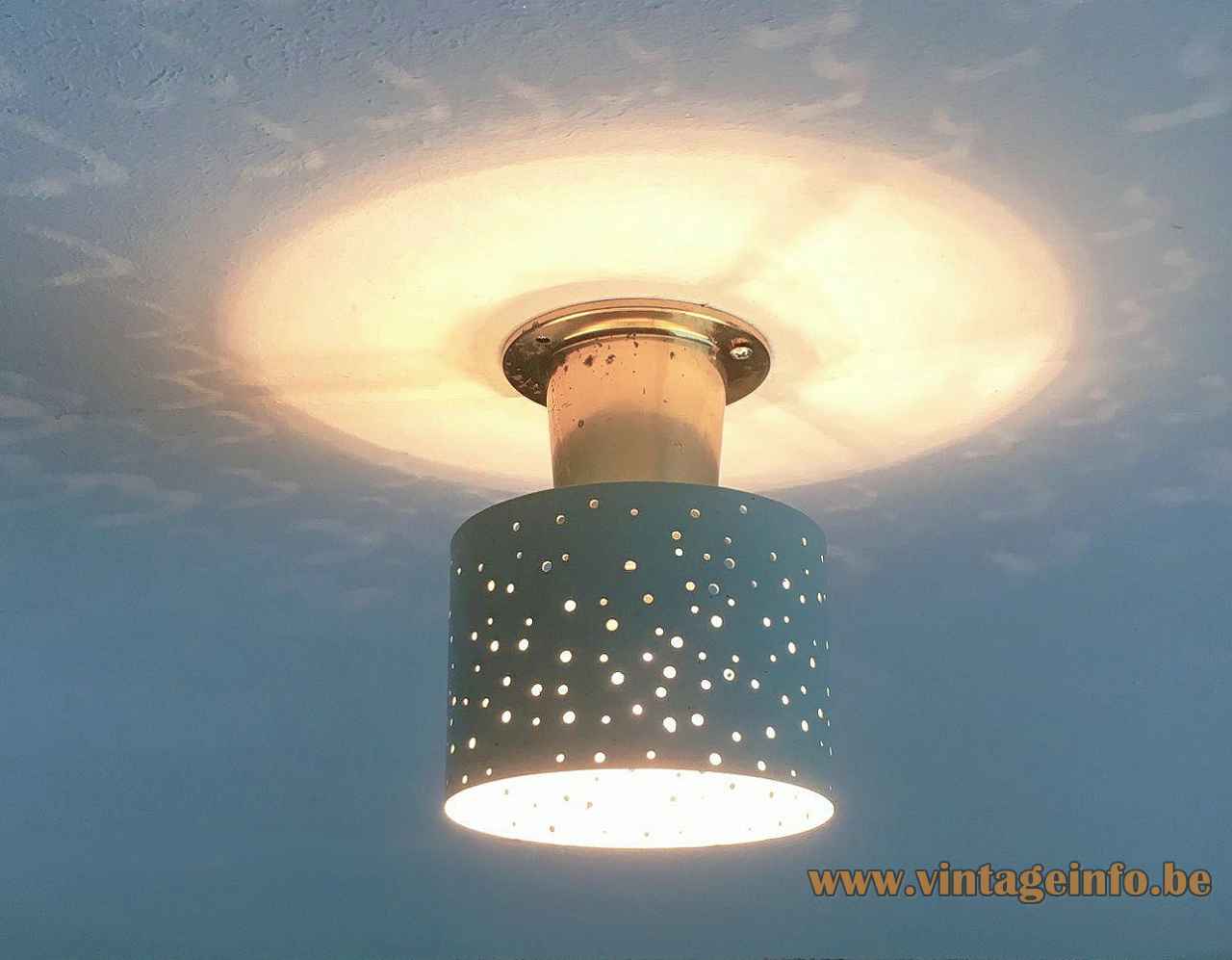 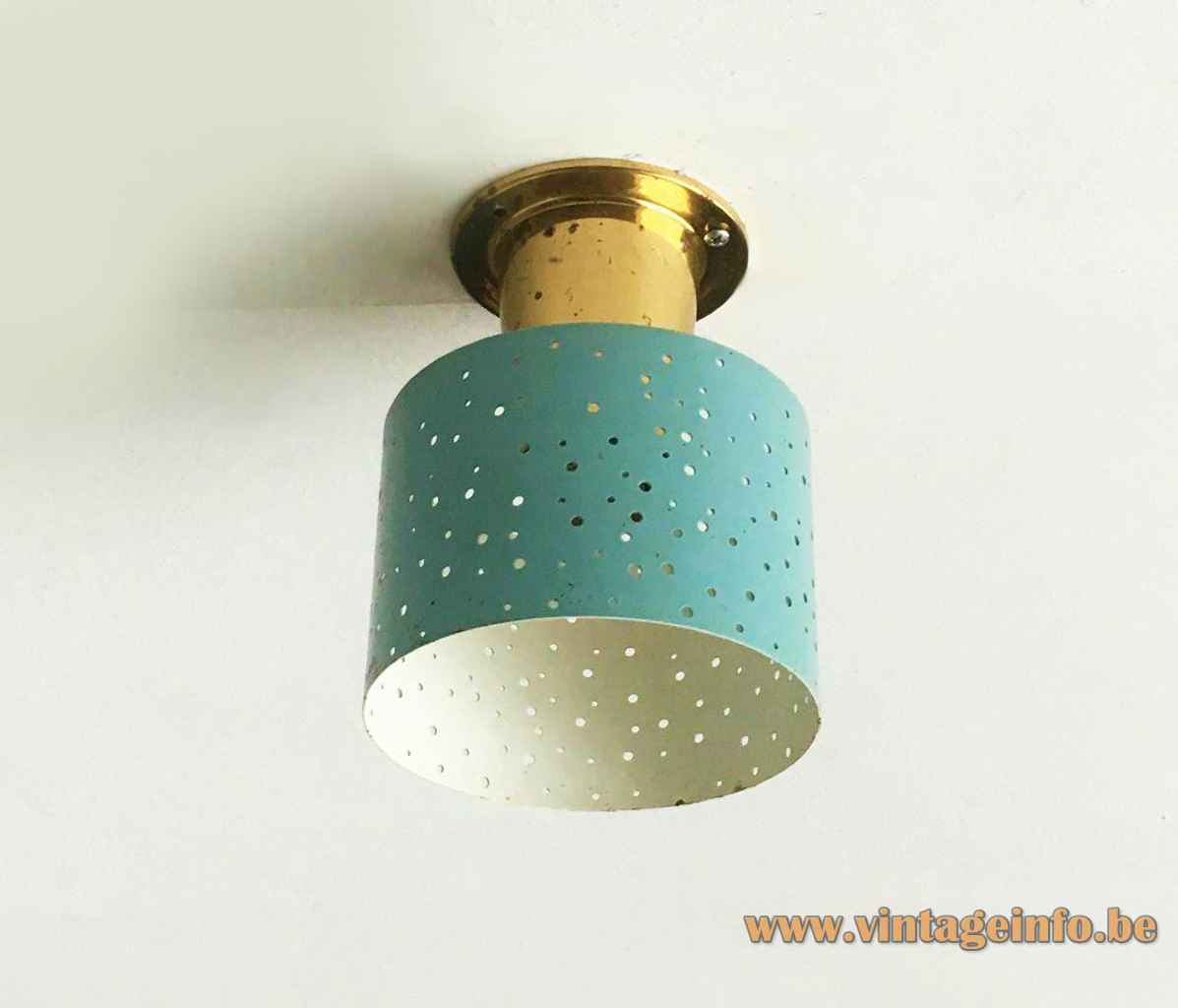 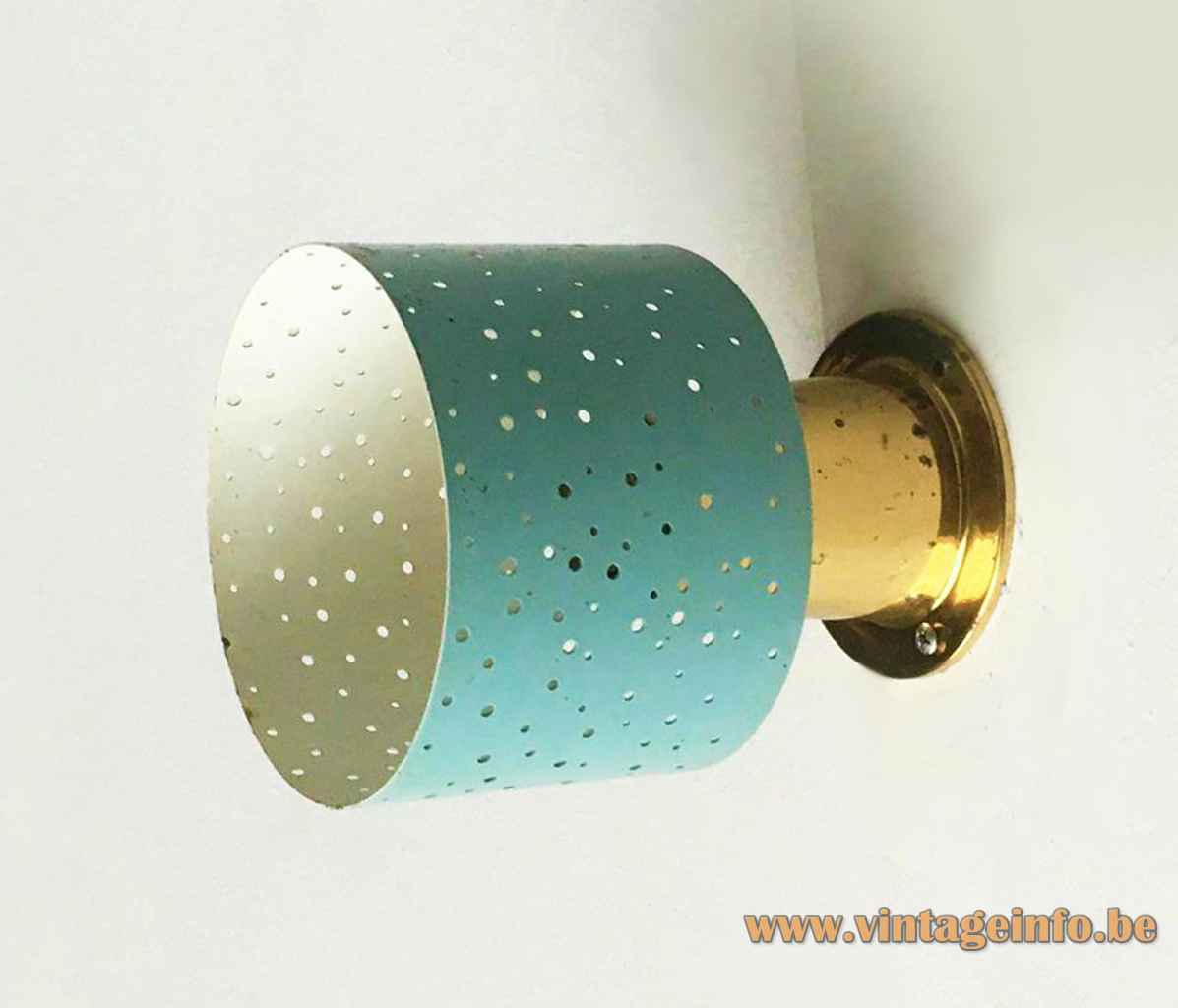 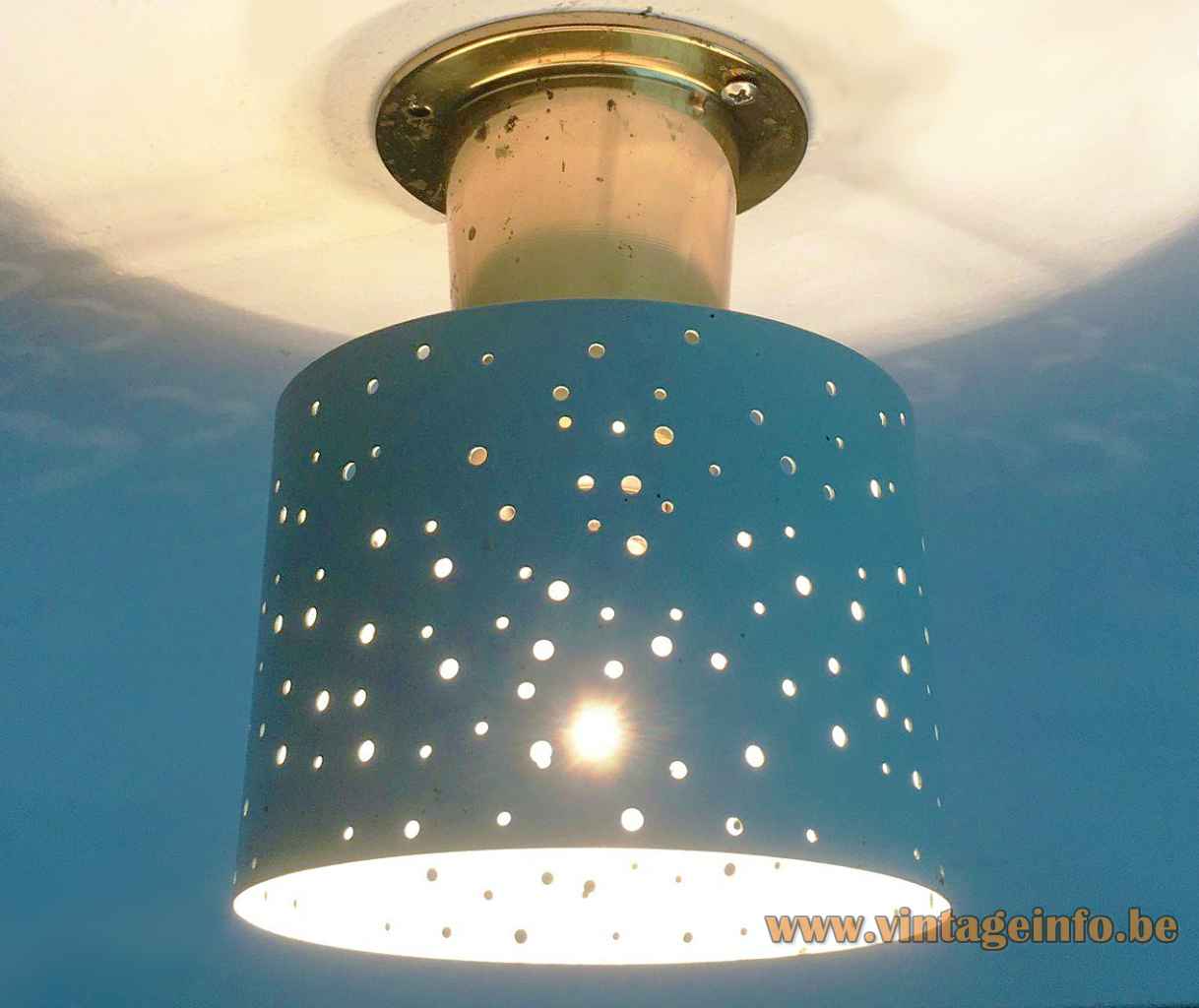 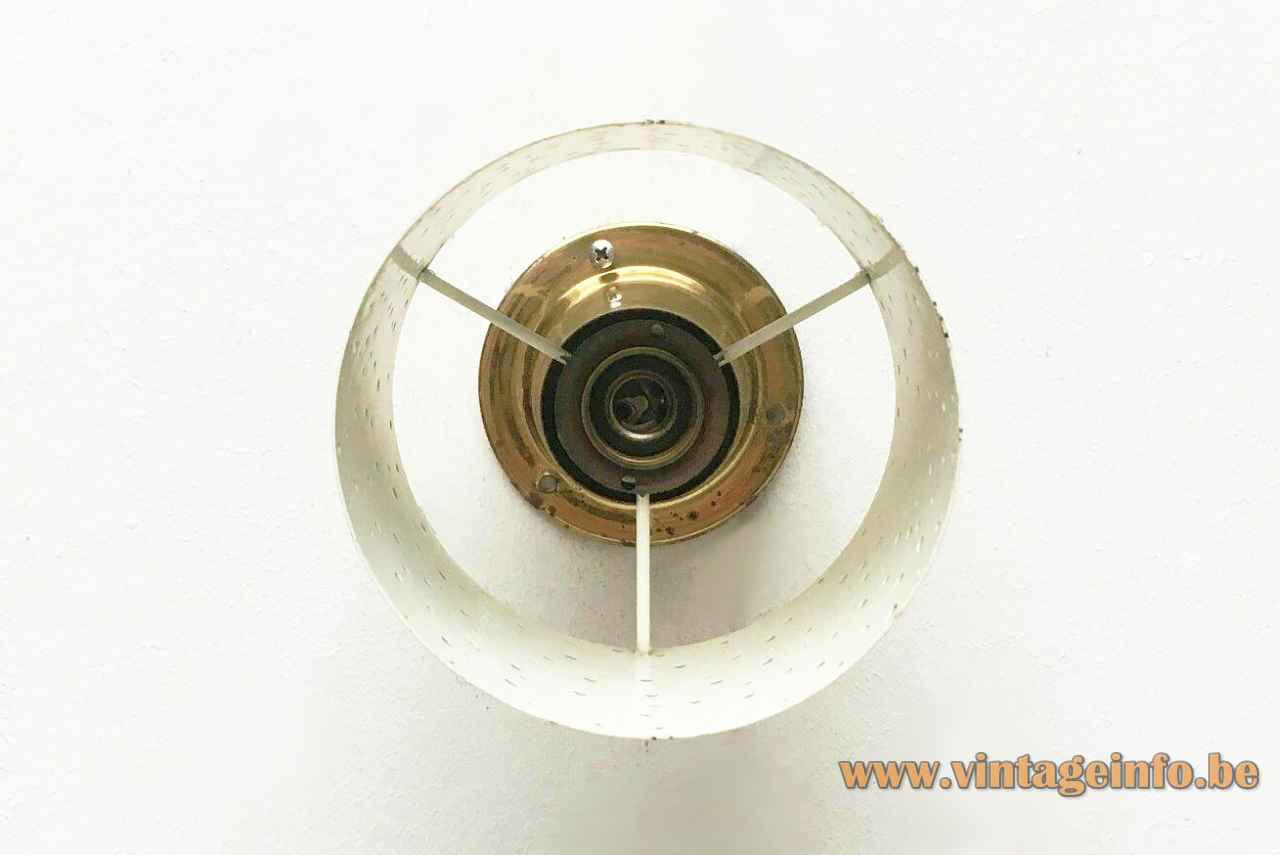 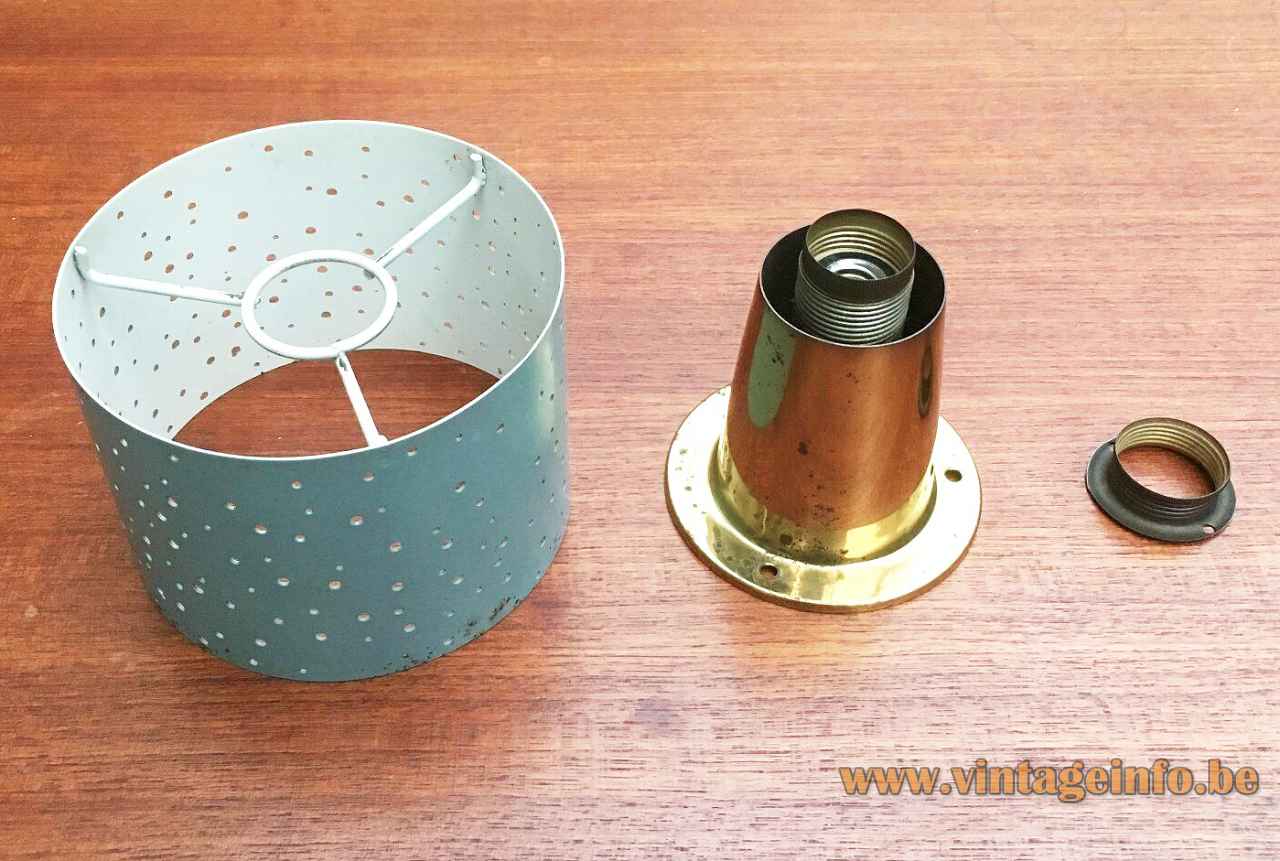 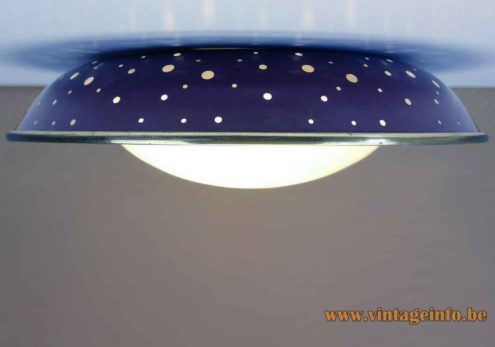 Other versions: This Ernest Igl Hillebrand flush mount exists in several colours. It was also made with an opal glass lampshade inside. Many other lamps with this perforated asymmetrical round holes were made.

This design is often named “starry night or starry sky”, the reason is obvious. Several people used this design for lamps. For instance, famous designer Paavo Tynell used it for many lamps. It is seen on many lamps by several companies of that time.

In Poland the same design was used for the so called Little Dog lamp model 1318, designed by Apolinarego Gałeckiego for the Stołecznych Zakładach Metalowych Numer 2, the Capital Metal Works No. 2 company in Warshaw. It was also sold by Hillebrand. It appears in catalogues from 1958 and 1960.

Ernest Igl pendant lamp with these round holes

Cosack lamp with this type of lampshade