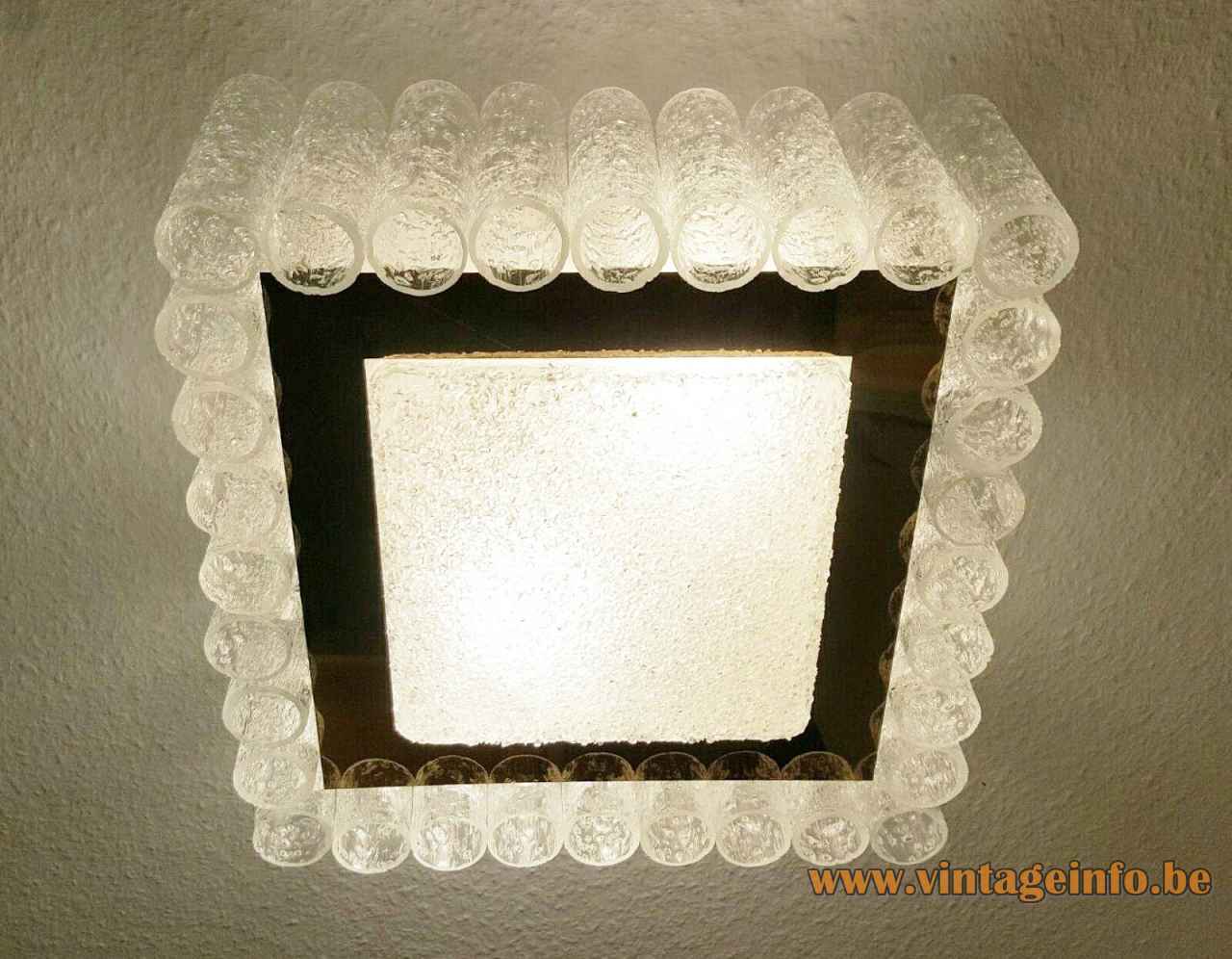 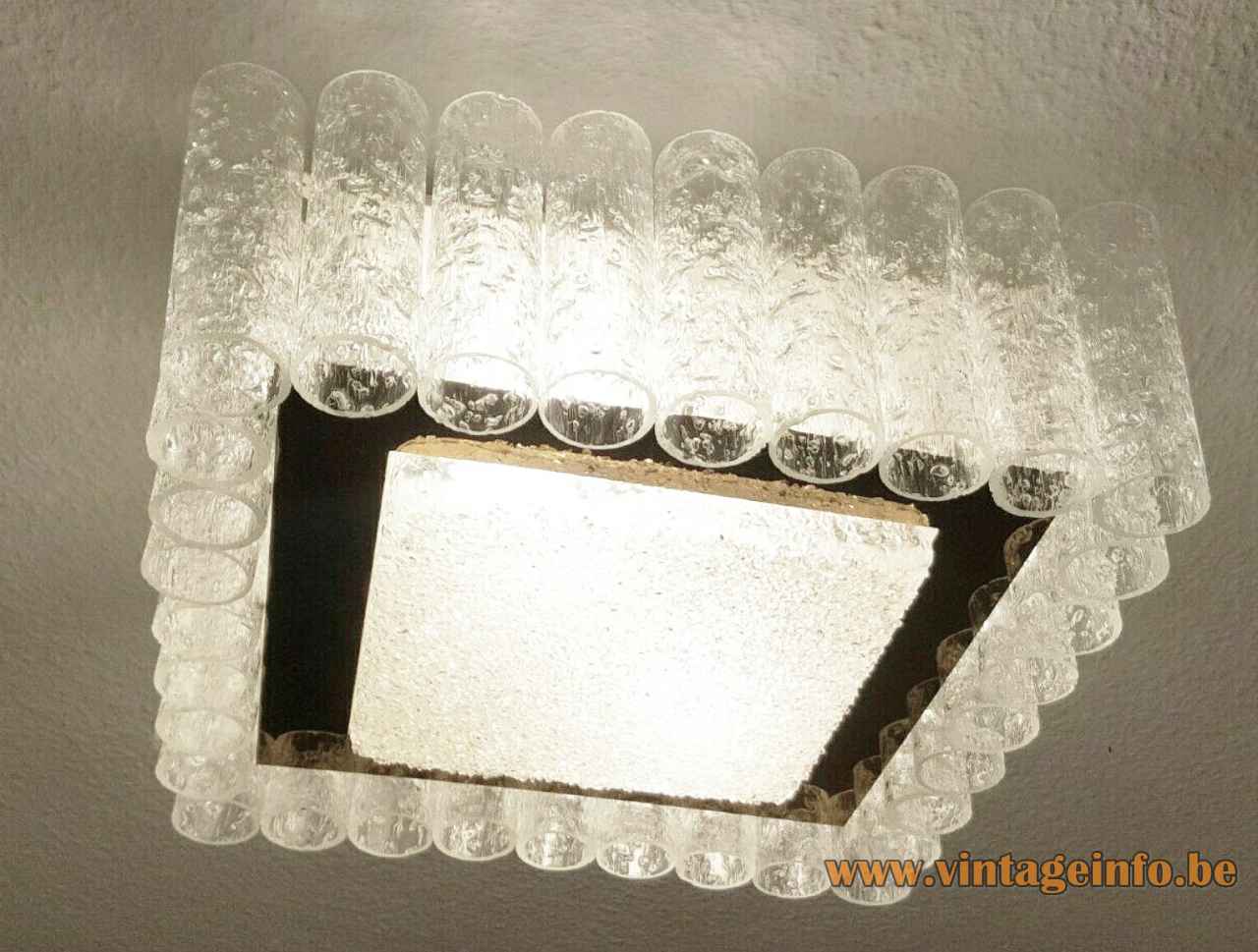 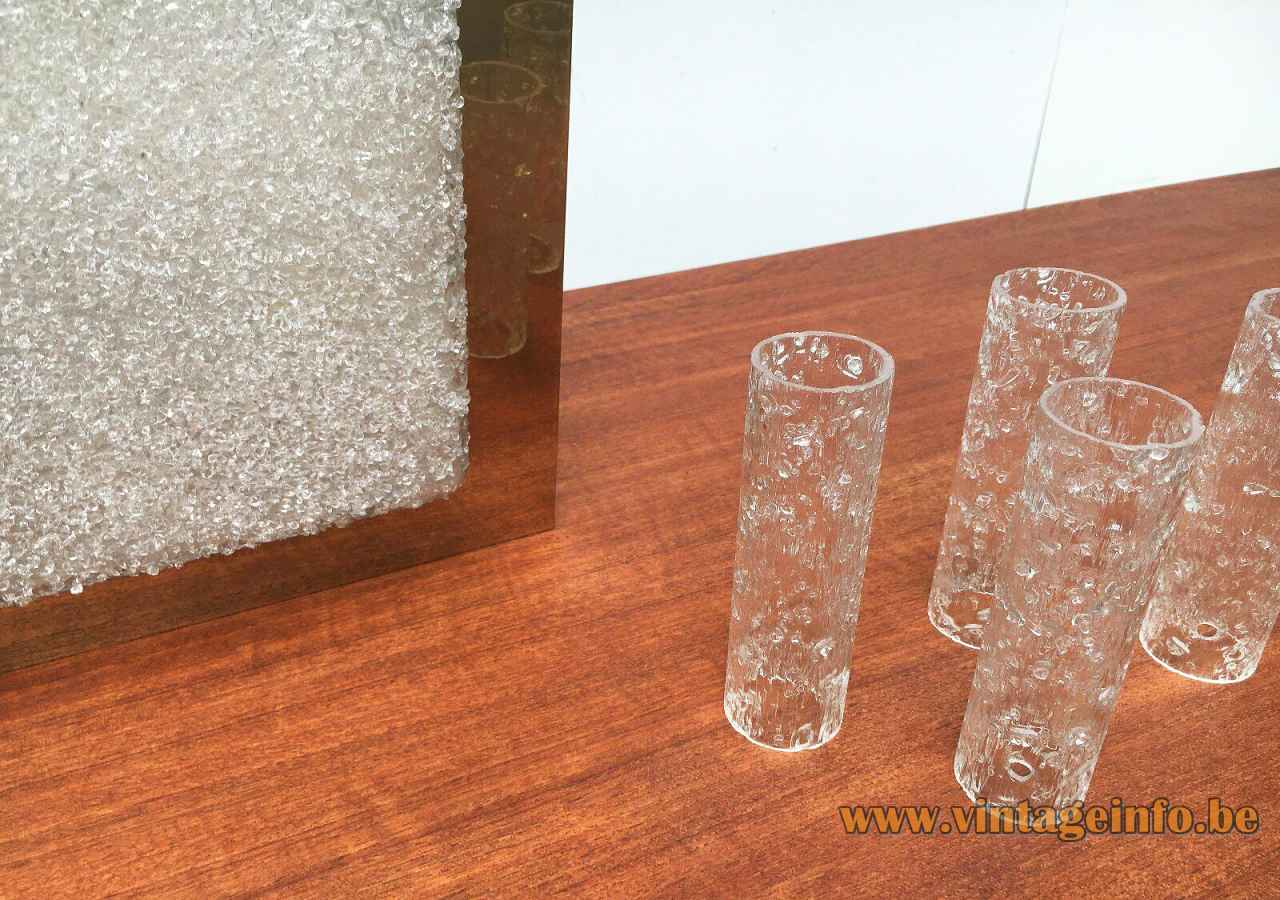 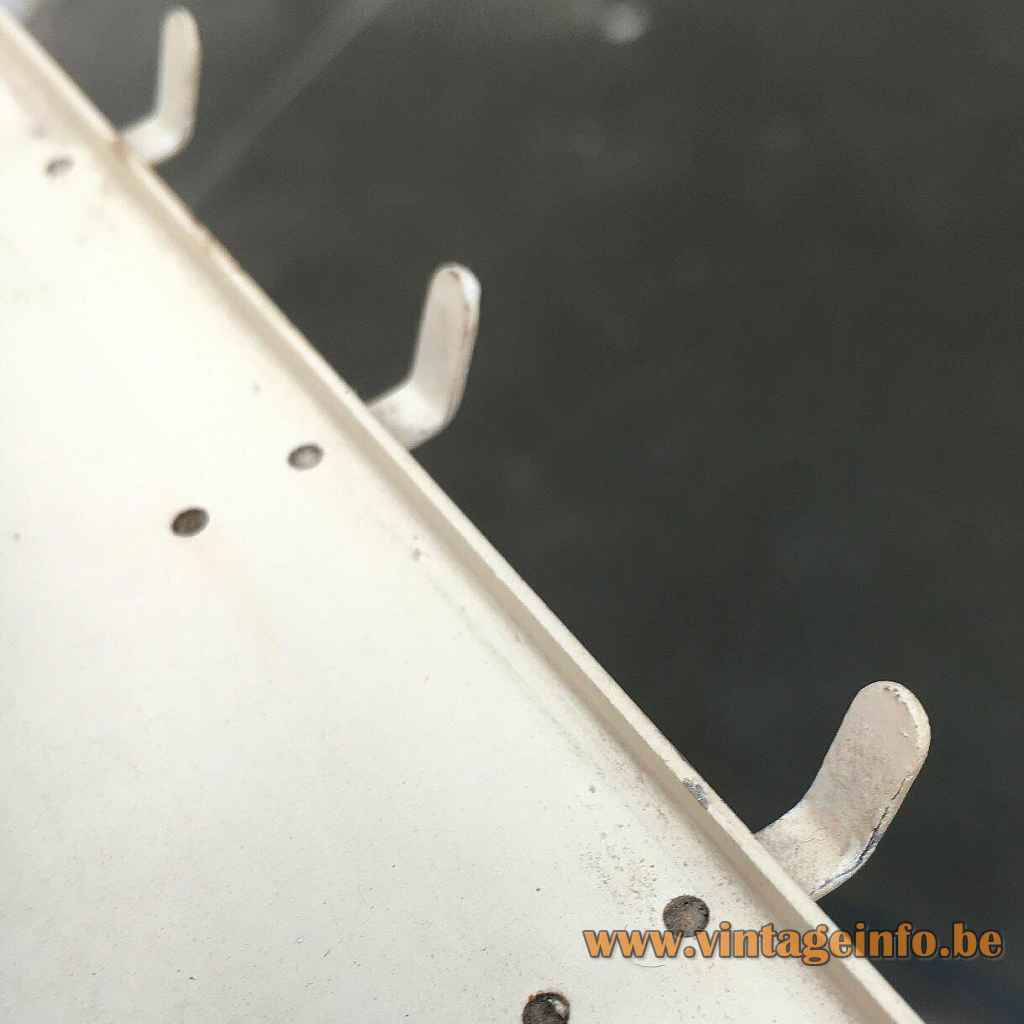 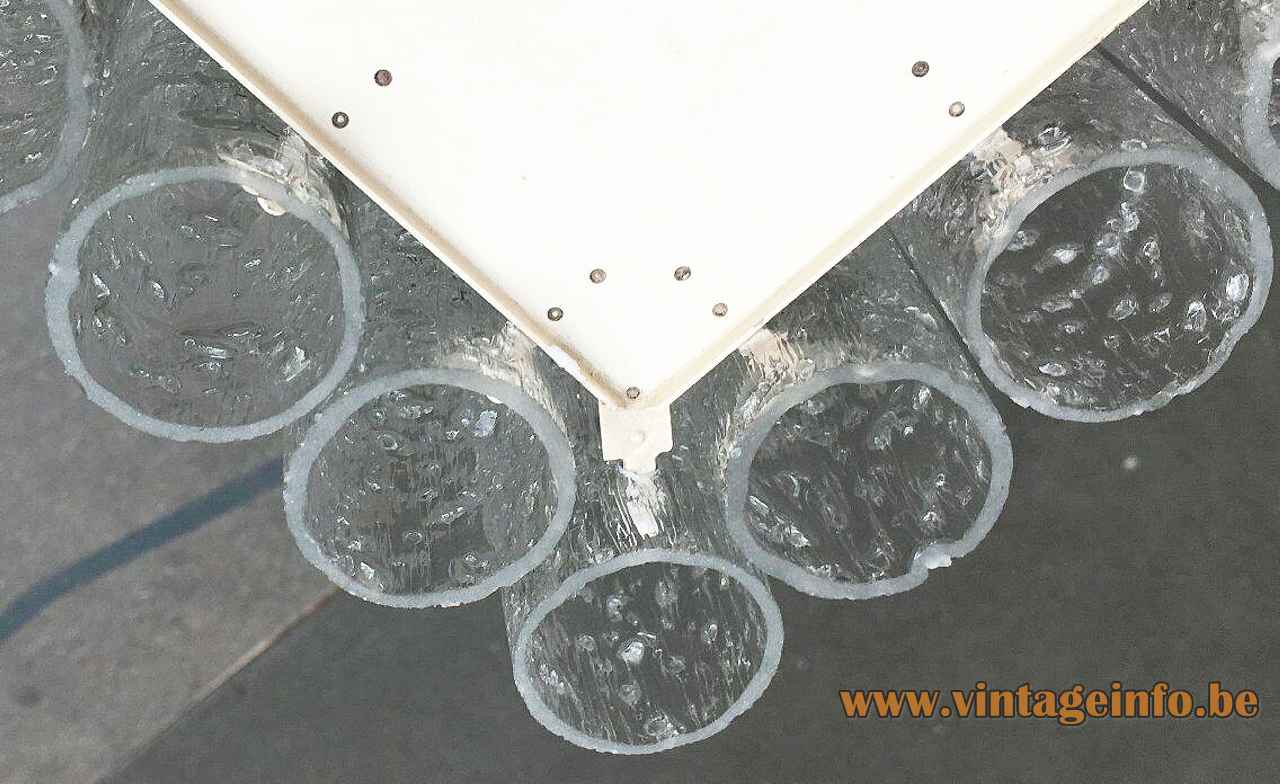 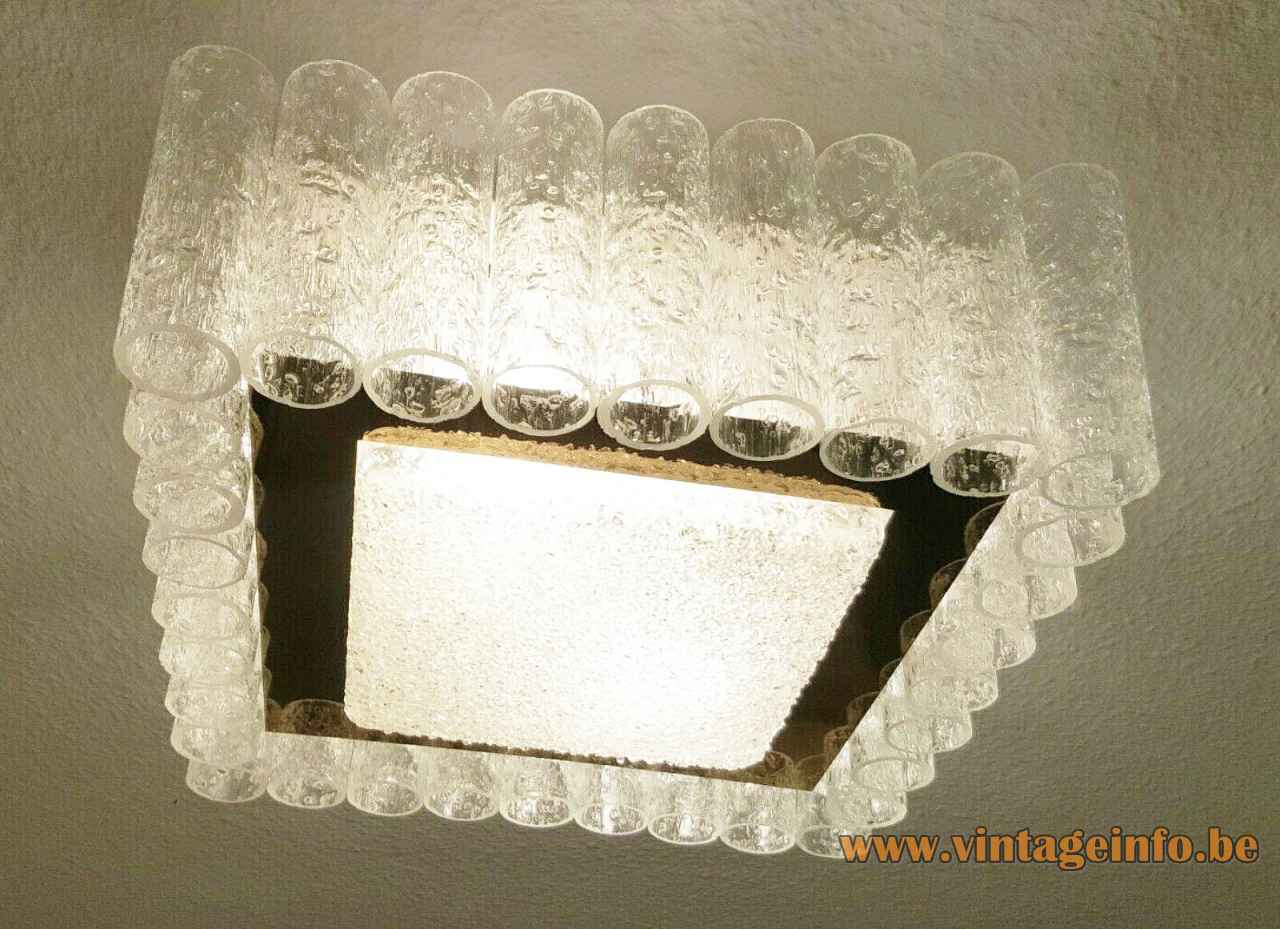 Electricity: 2 bulbs E27, 2 x 75 watt maximum. Any type of light bulb can be used. Not a specific one preferred.

Other versions: This DORIA square glass flush mount exists in many forms and sizes. It was also made as a chandelier and a wall lamp. Made in endless variations. These type of lamps were produced from the sixties until the early 1980s. Slight variations in the glass. Versions were made with gold flakes inside and some other variations.

A chandelier received an iF-Design Award in 1968, discipline: product. A square flush mount with many round tubes in 1979.