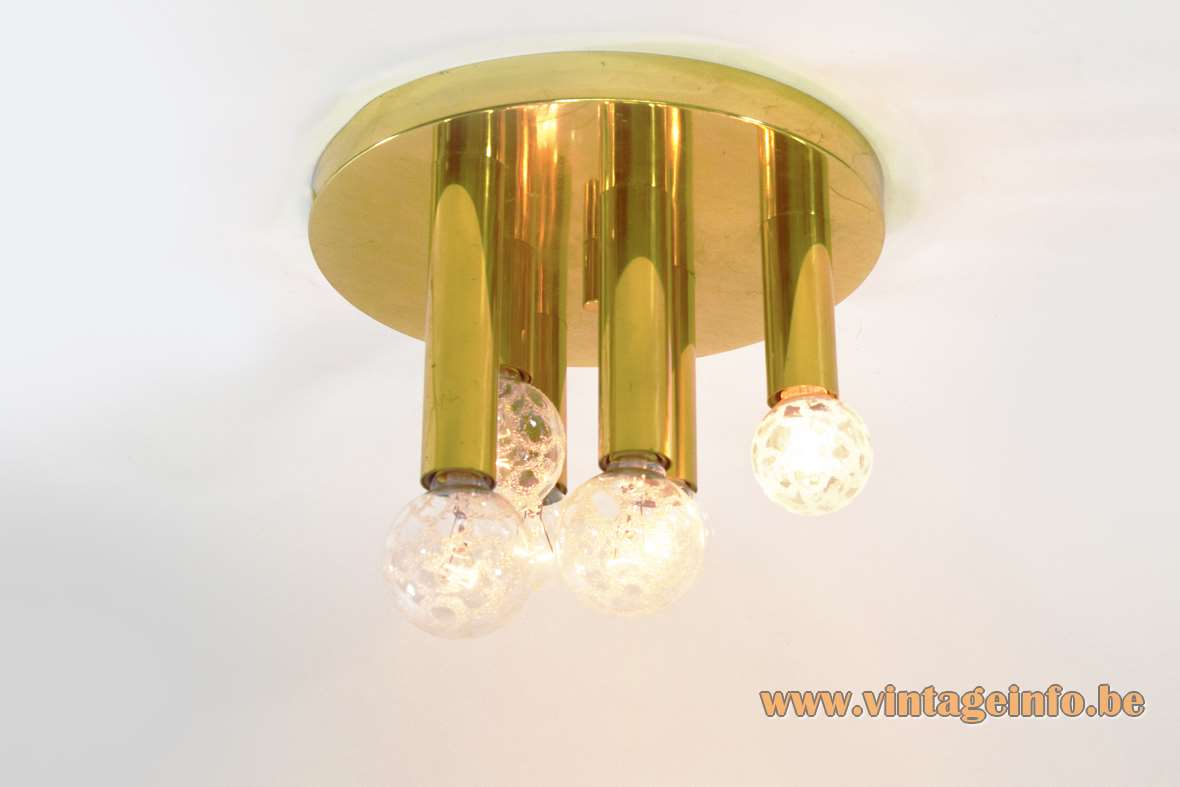 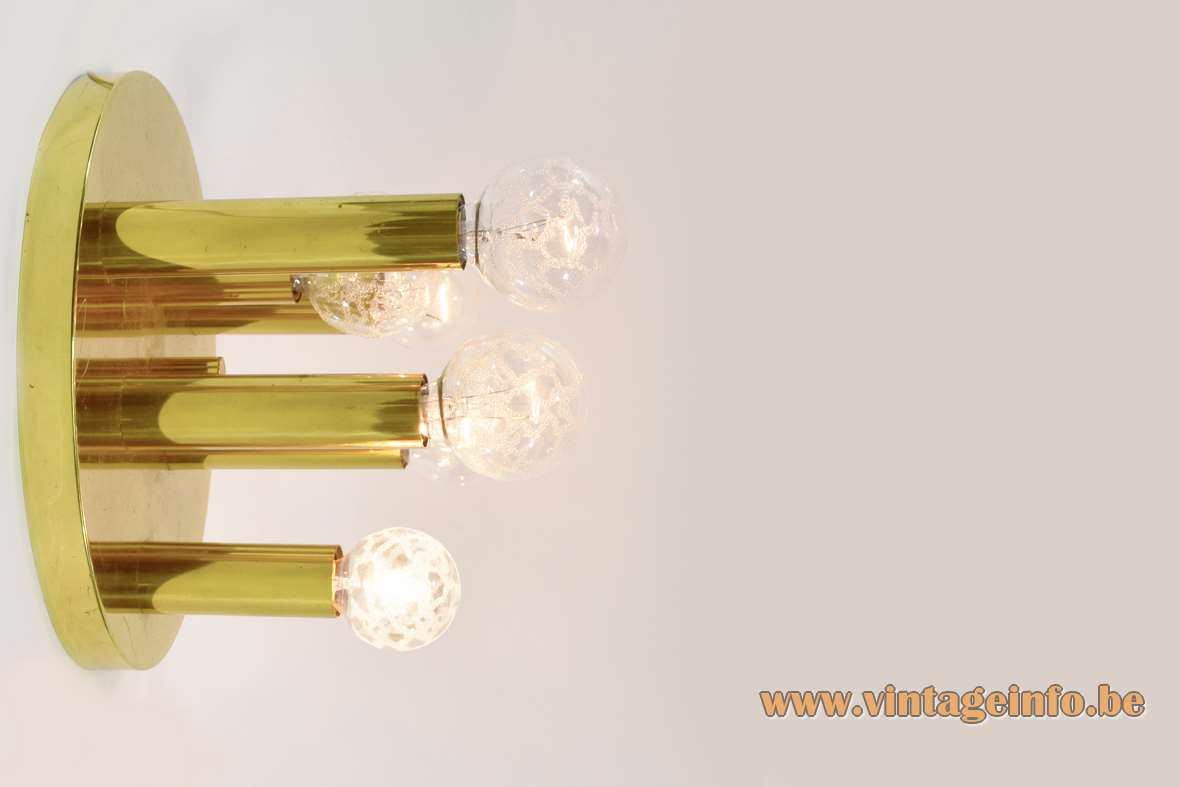 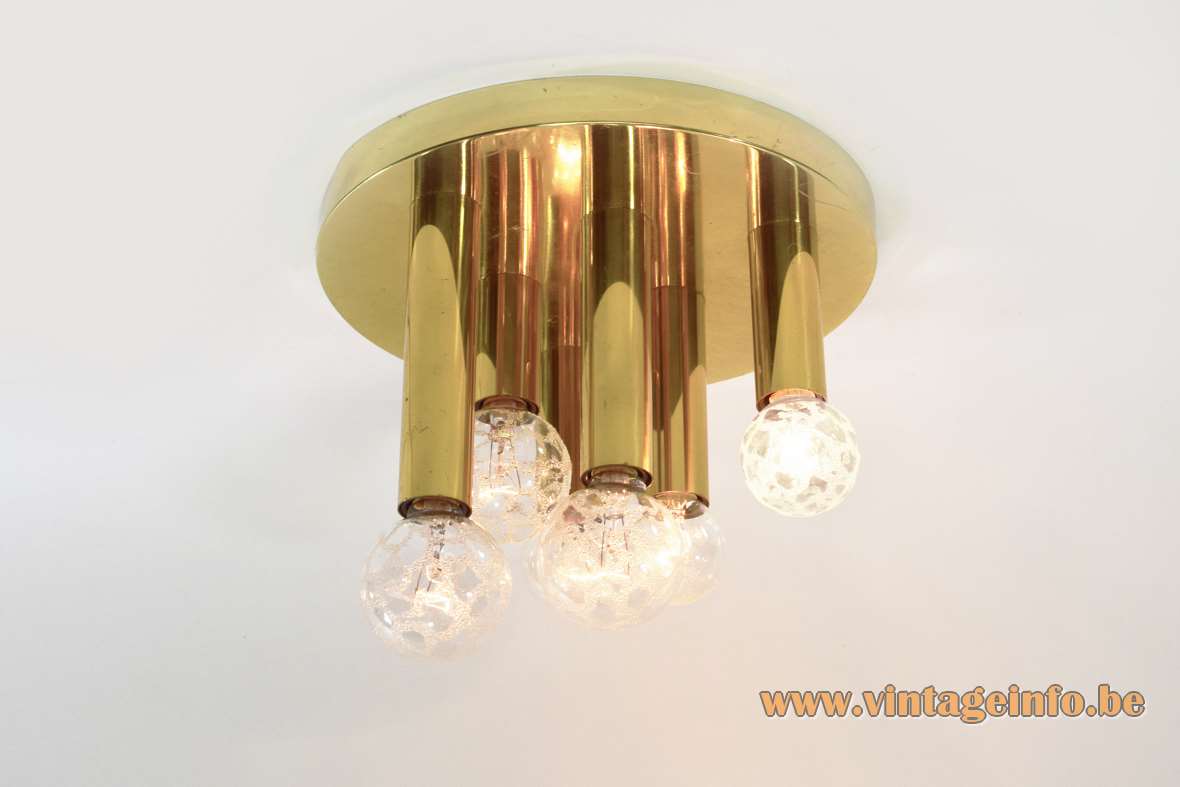 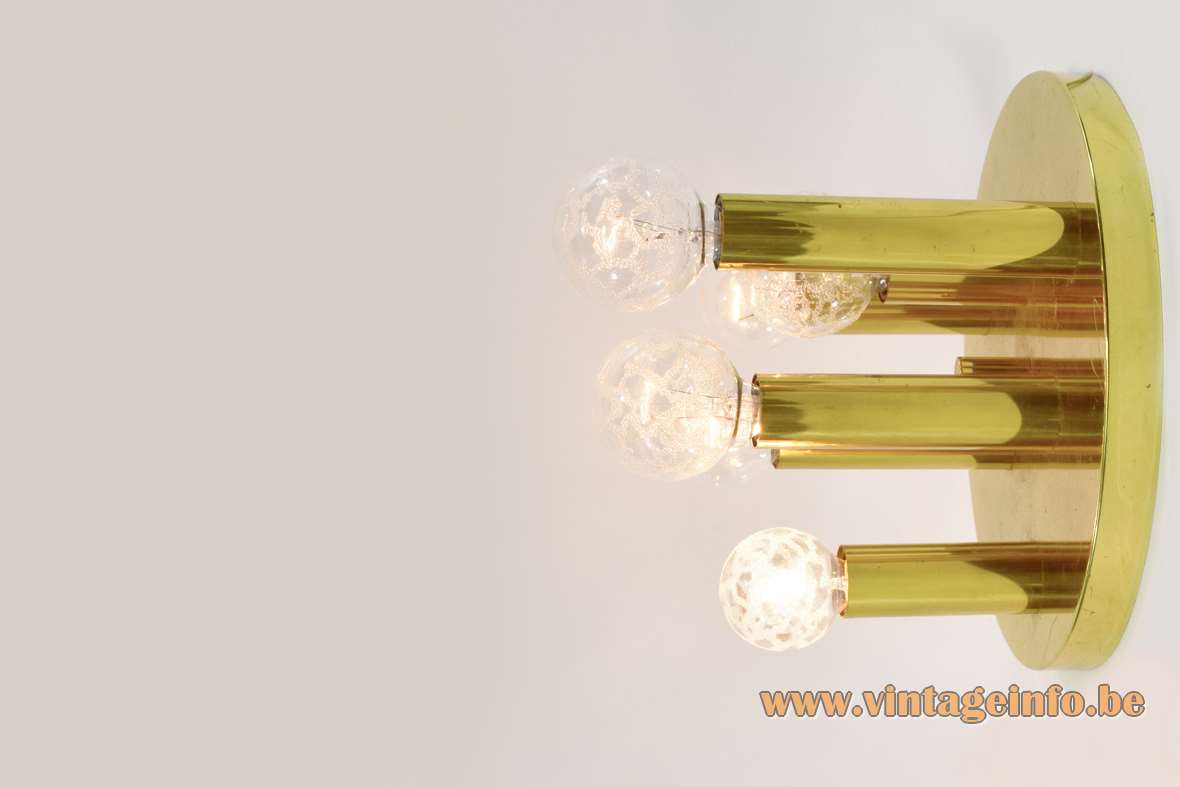 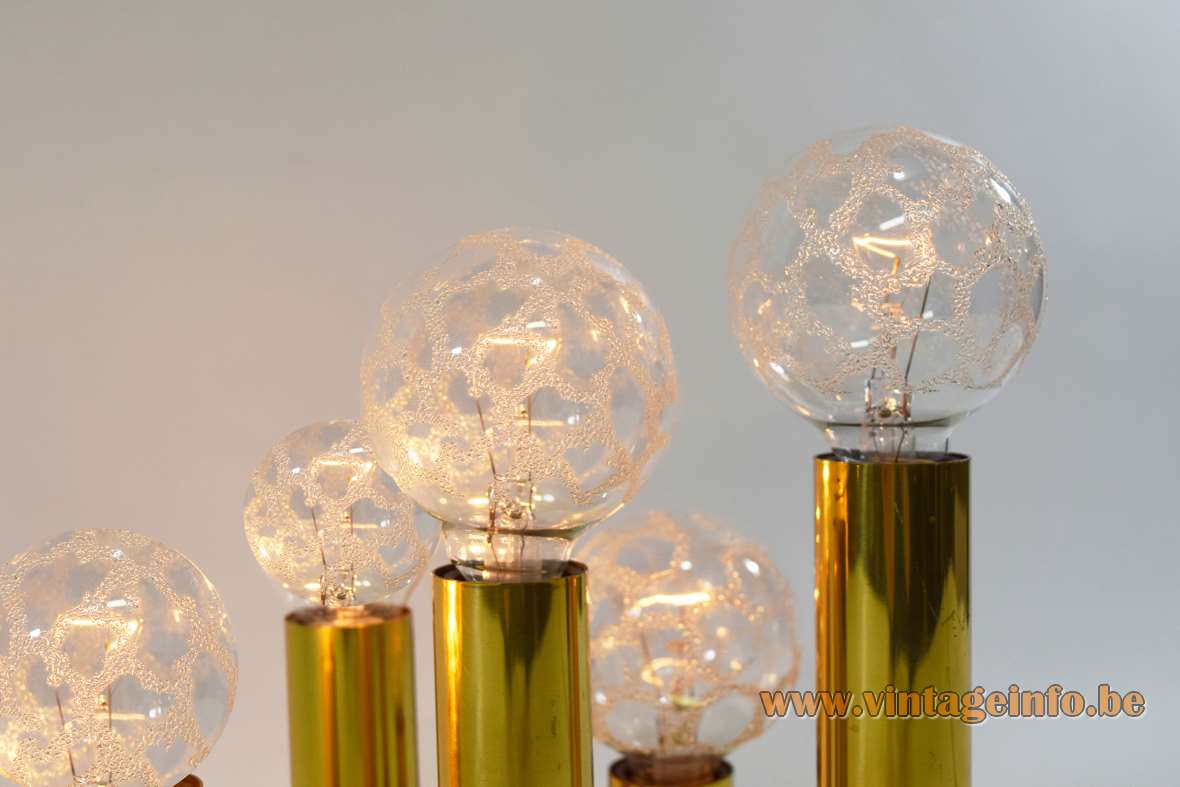 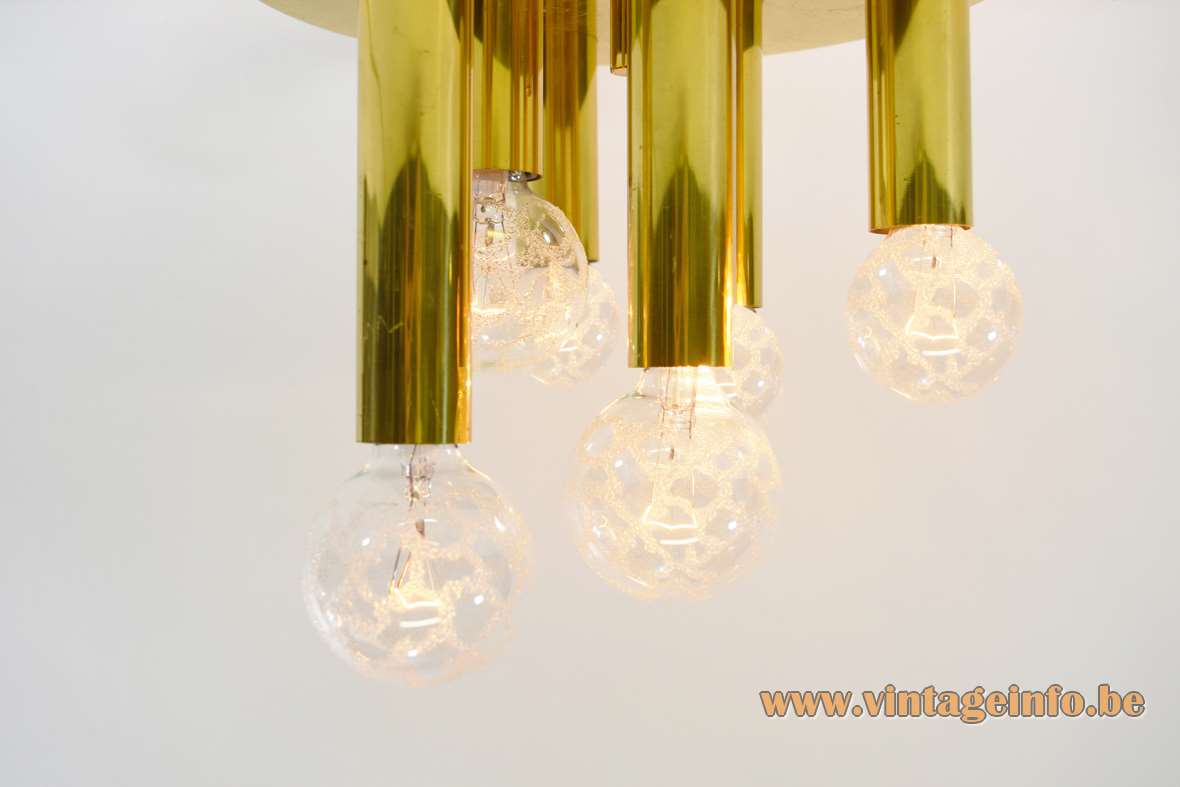 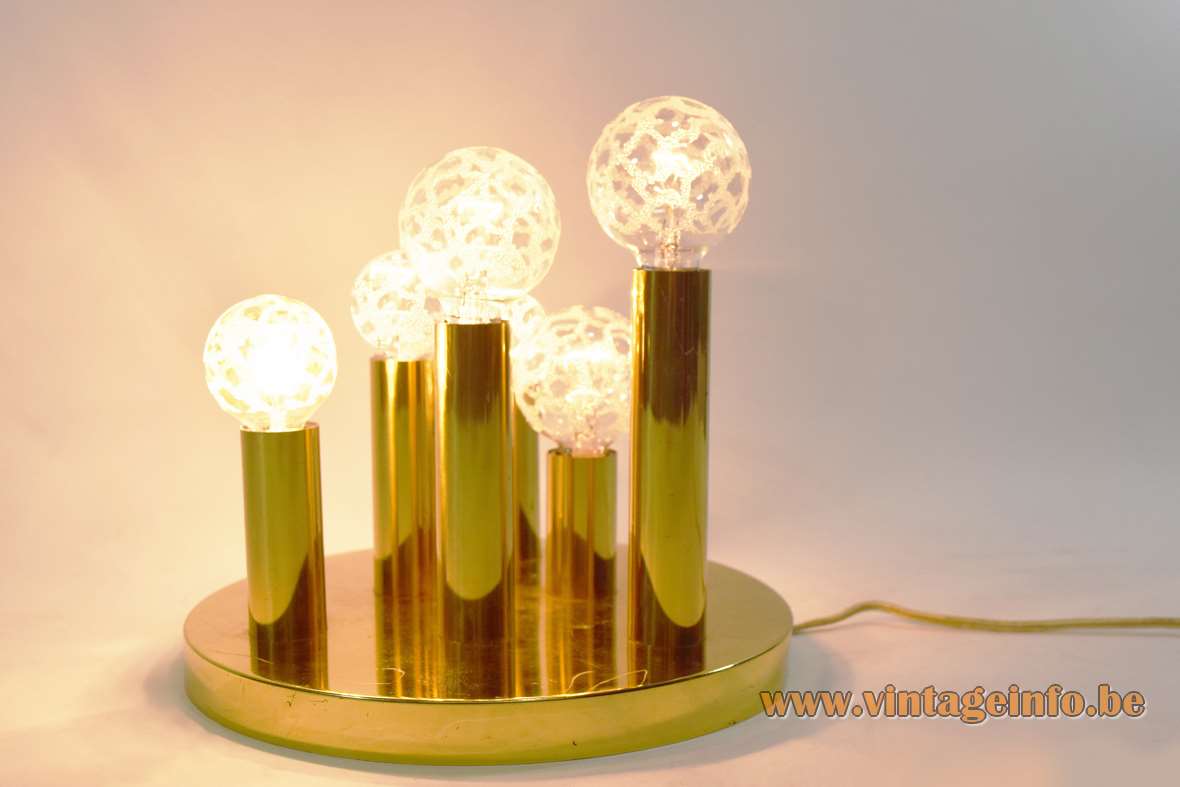 Paulmann gold-croco-ice light bulbs were used for these brass lamps. They were made in several sizes and sockets. The bulbs were made in clear and gold coloured glass. Today these bulbs are made in an LED version. 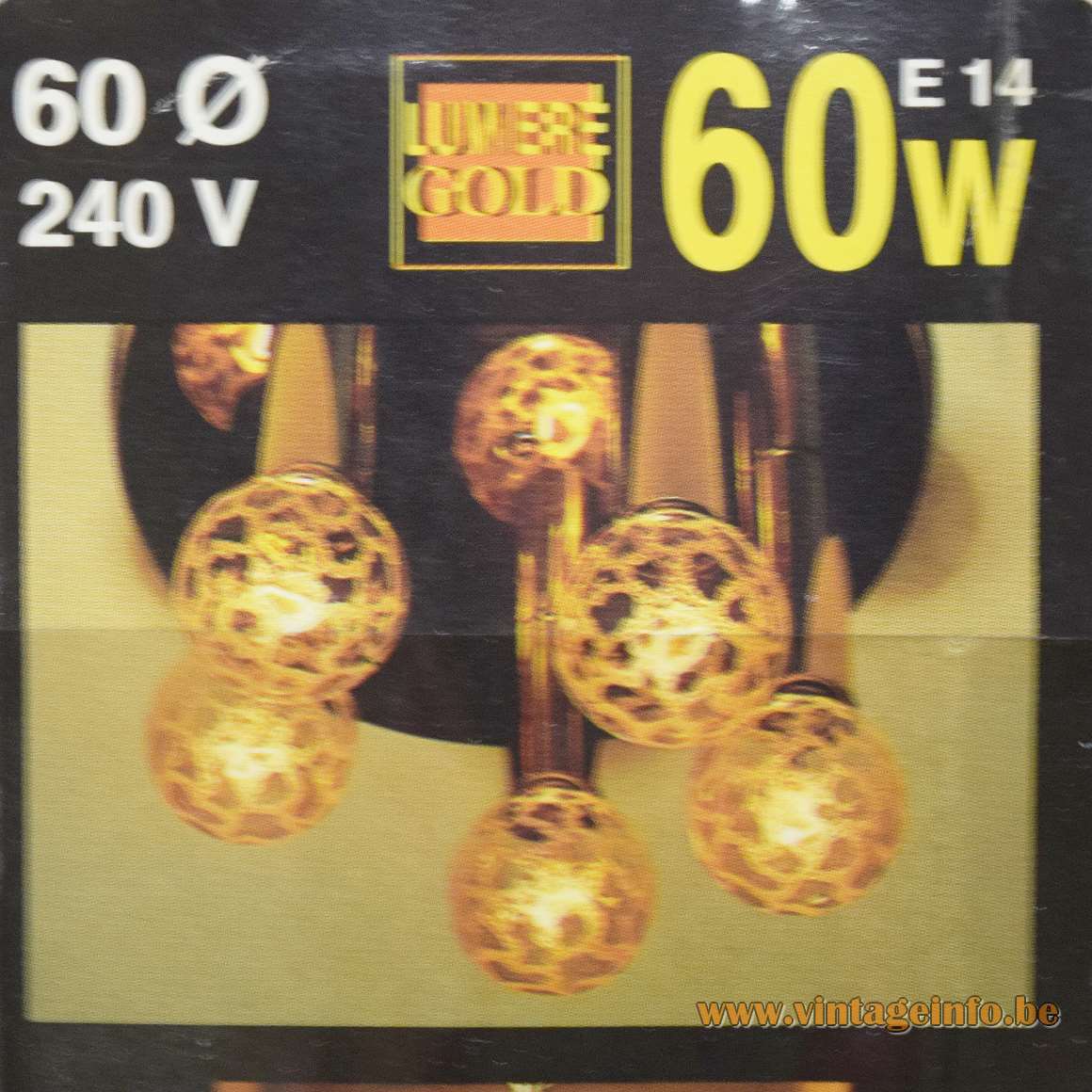 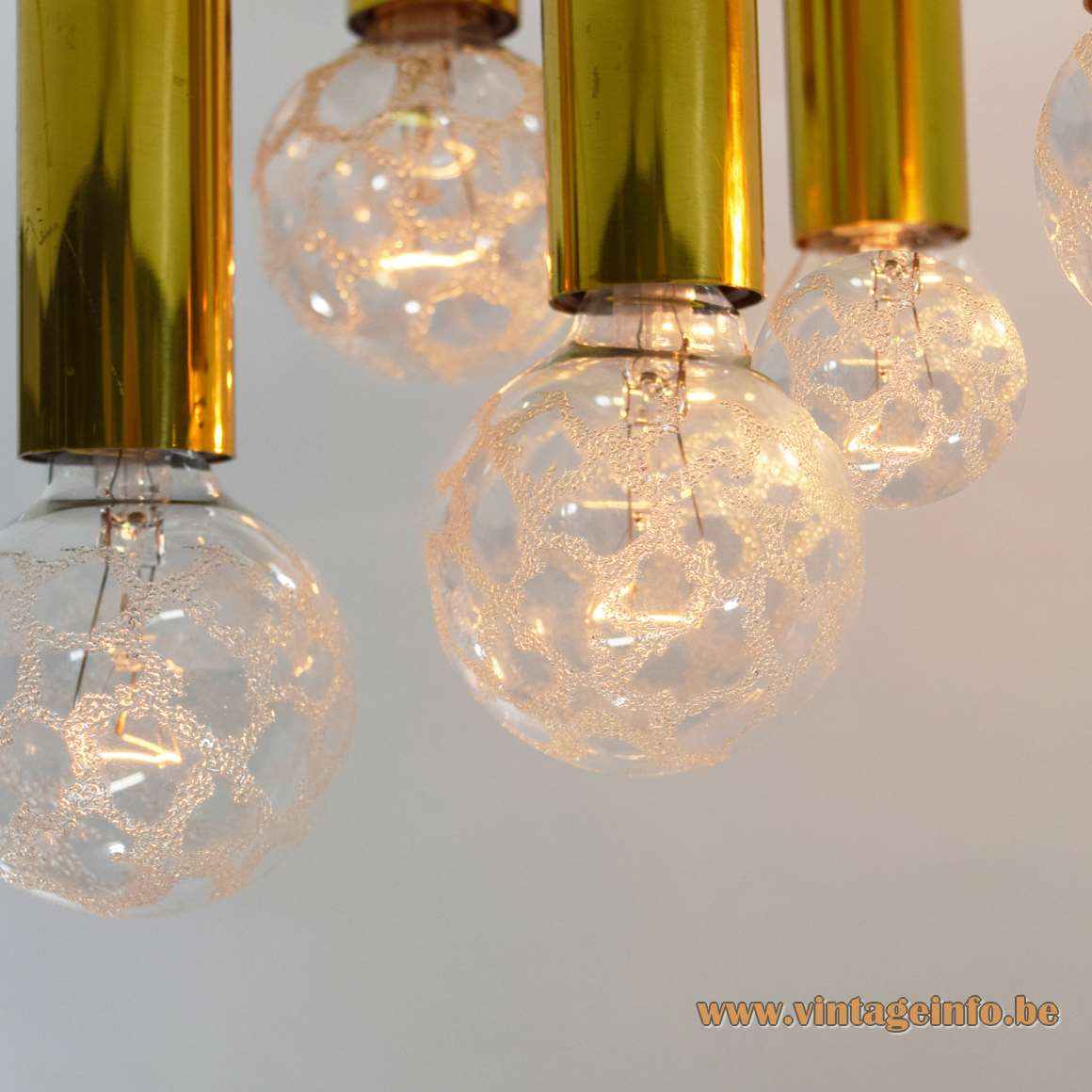 Electricity: 6 bulbs E14, 6 x 40 watt maximum, 110/220 volt.
Any type of light bulb can be used, not a specific one preferred.
For this setup the original intended light bulbs made by Paulmann were used.

Other versions: This S.A. Boulanger brass flush mount exists as a big floor lamp with 3 globe lamps. A flush mount with 3 and 9 lamps and made in chrome with long and short tubes also exists. In the late 1970’s, early 1980’s they were also made in white. They can be used as a wall lamp or even as a table lamp.

His first designs in the 1950’s were pendant lamps inspired by the Sputnik satellite; it was of course the space age.

Gaetano Sciolari created lighting for Stilnovo and Stilkronen (Italy), Lightolier and Progress Lighting (USA), S.A. Boulanger (Belgium), Helestra and Leola (West Germany), Lyfa (Denmark) and some other companies and of course for his own Italian family business; the Sciolari company in Rome and Milan; where all the lighting business at that time was present.