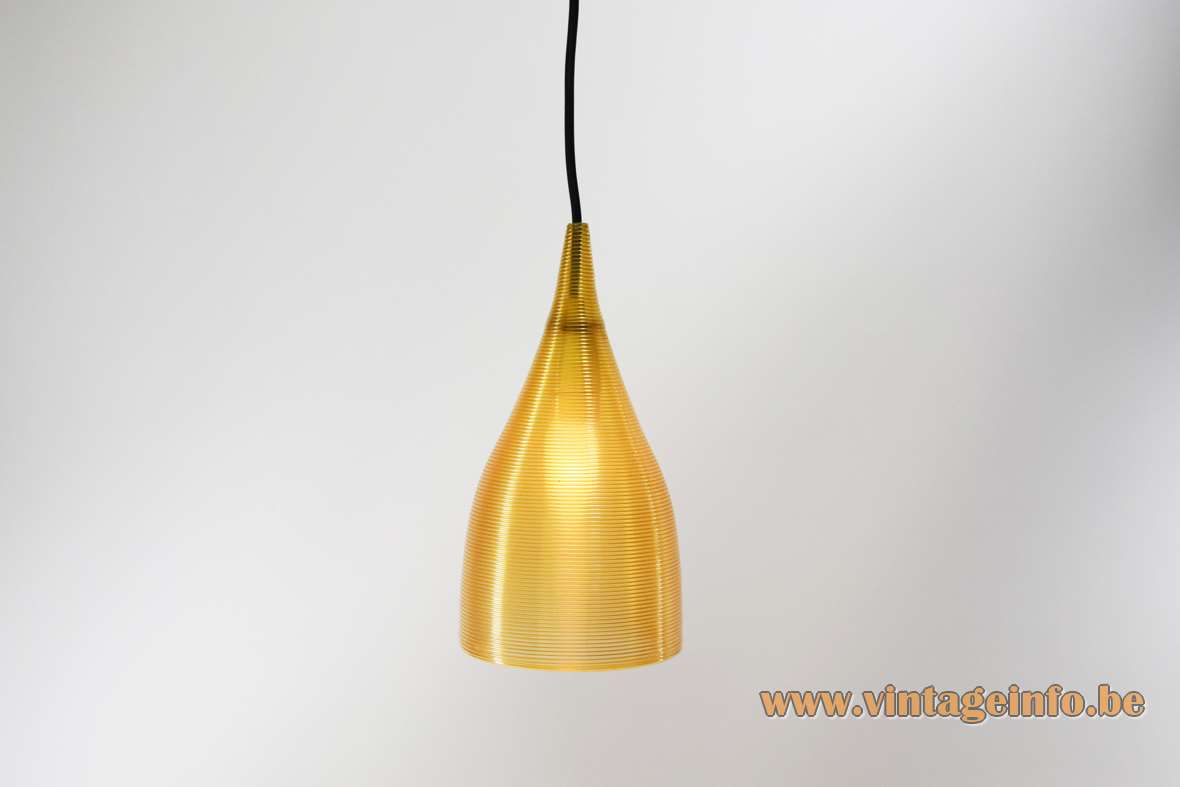 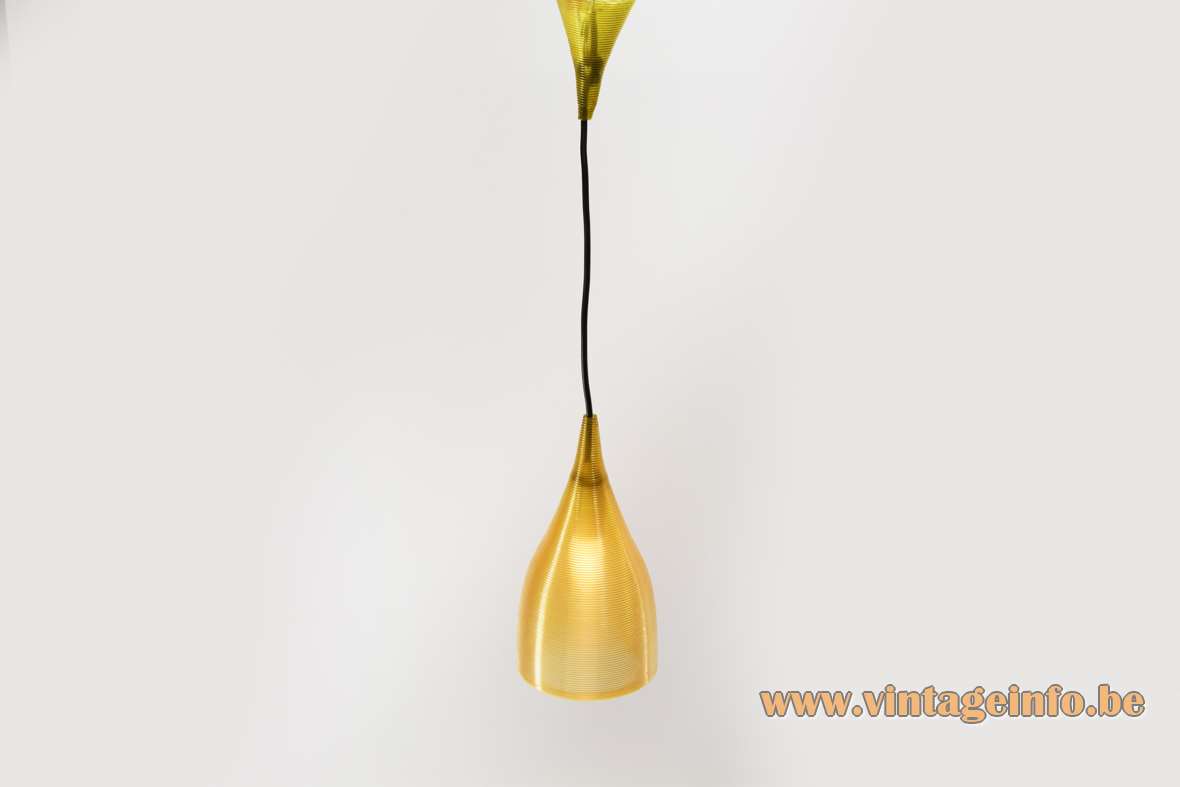 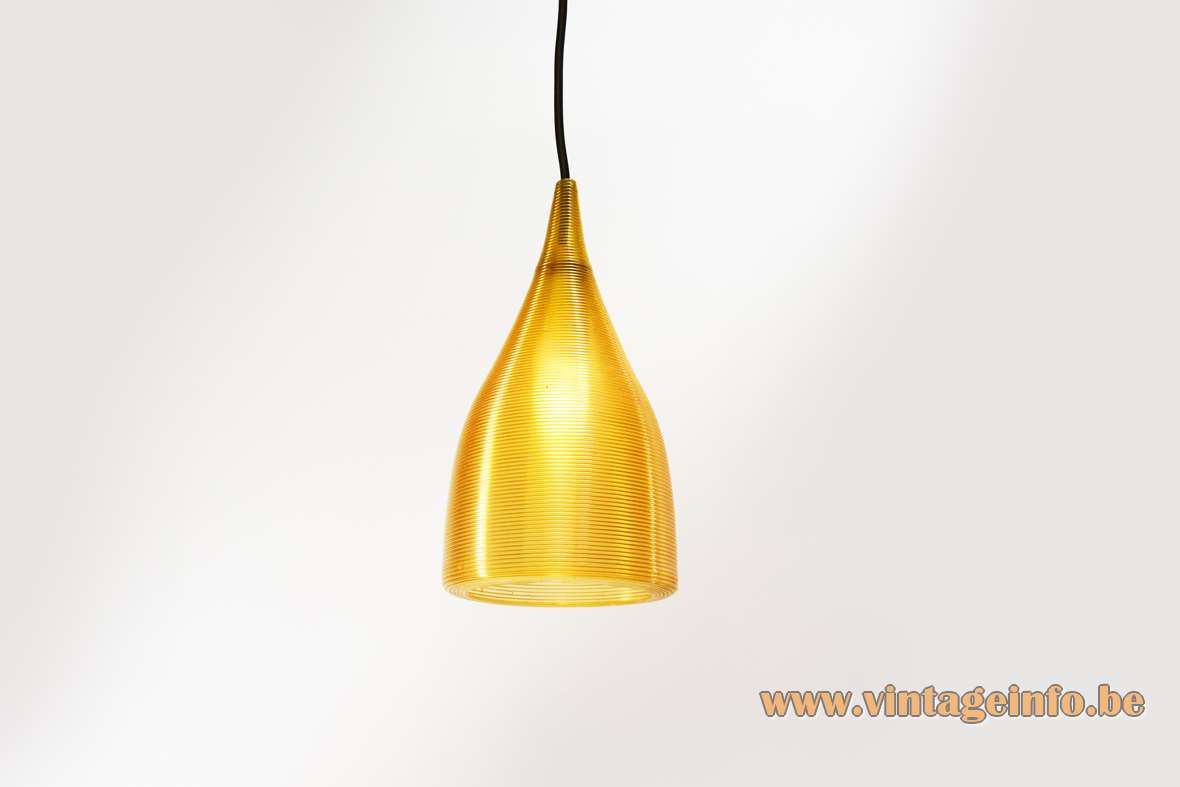 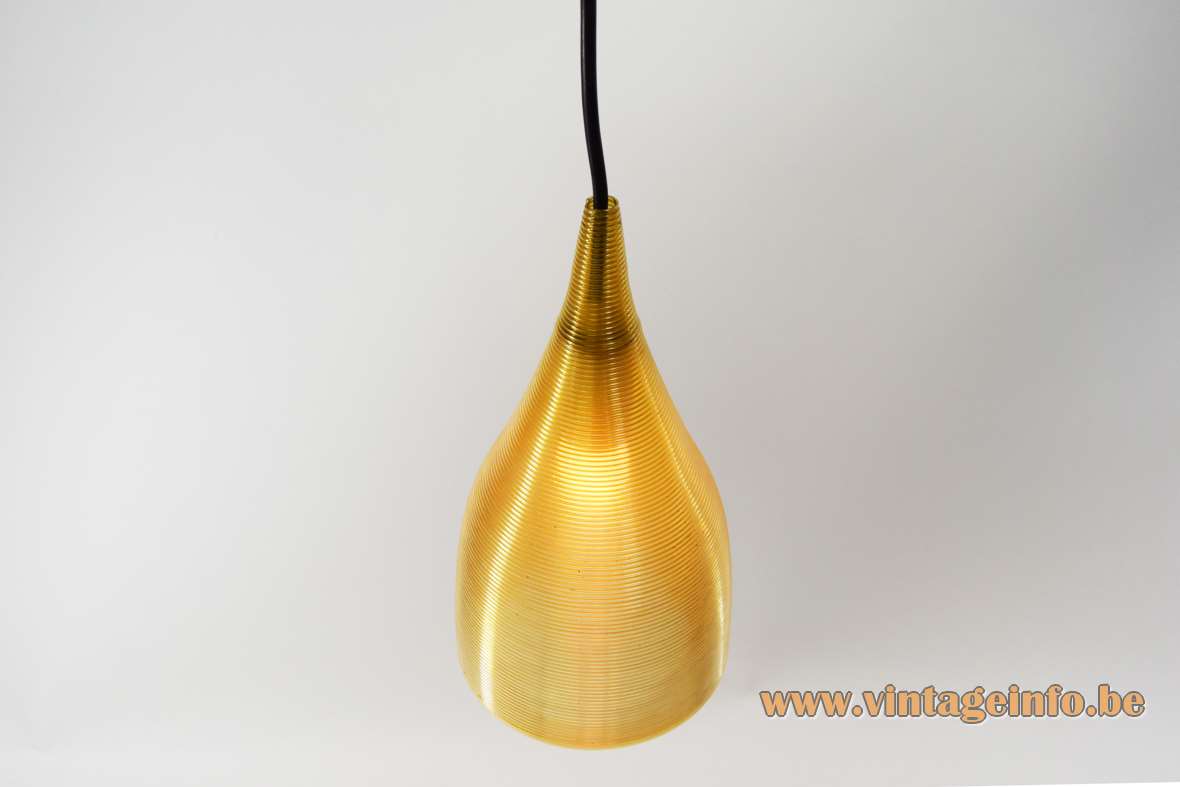 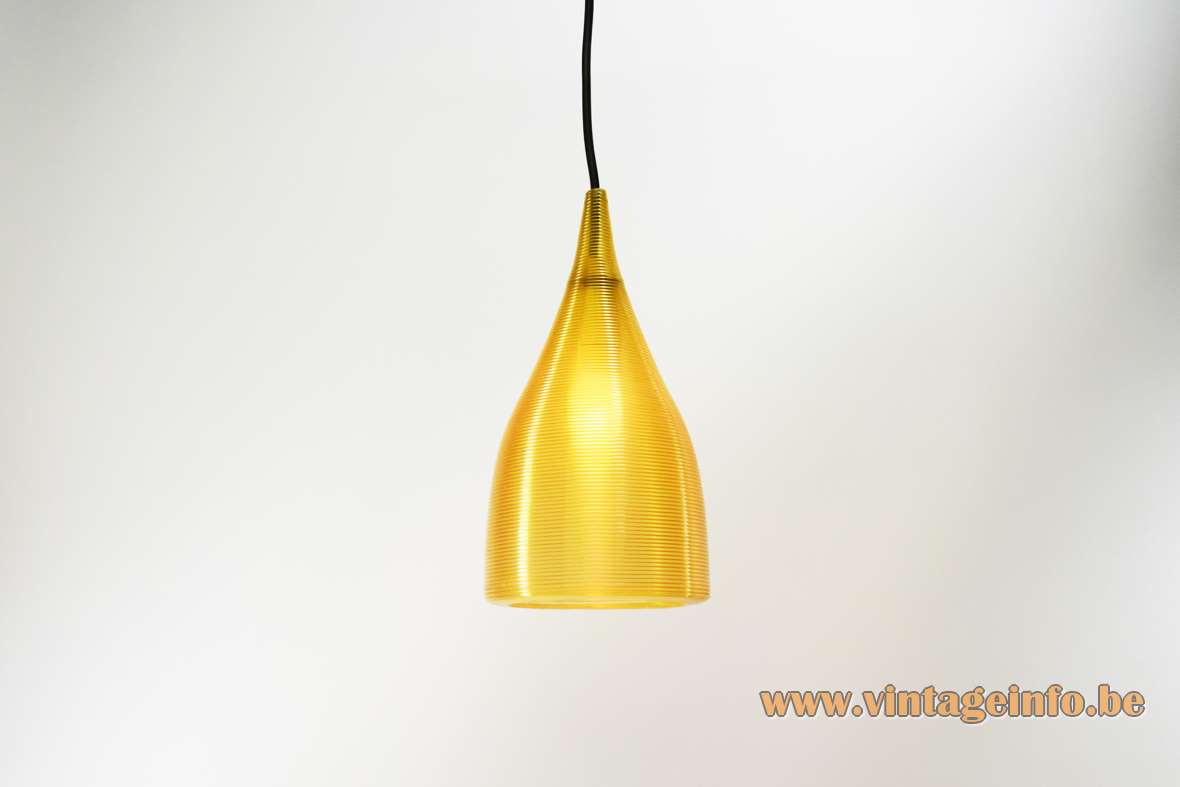 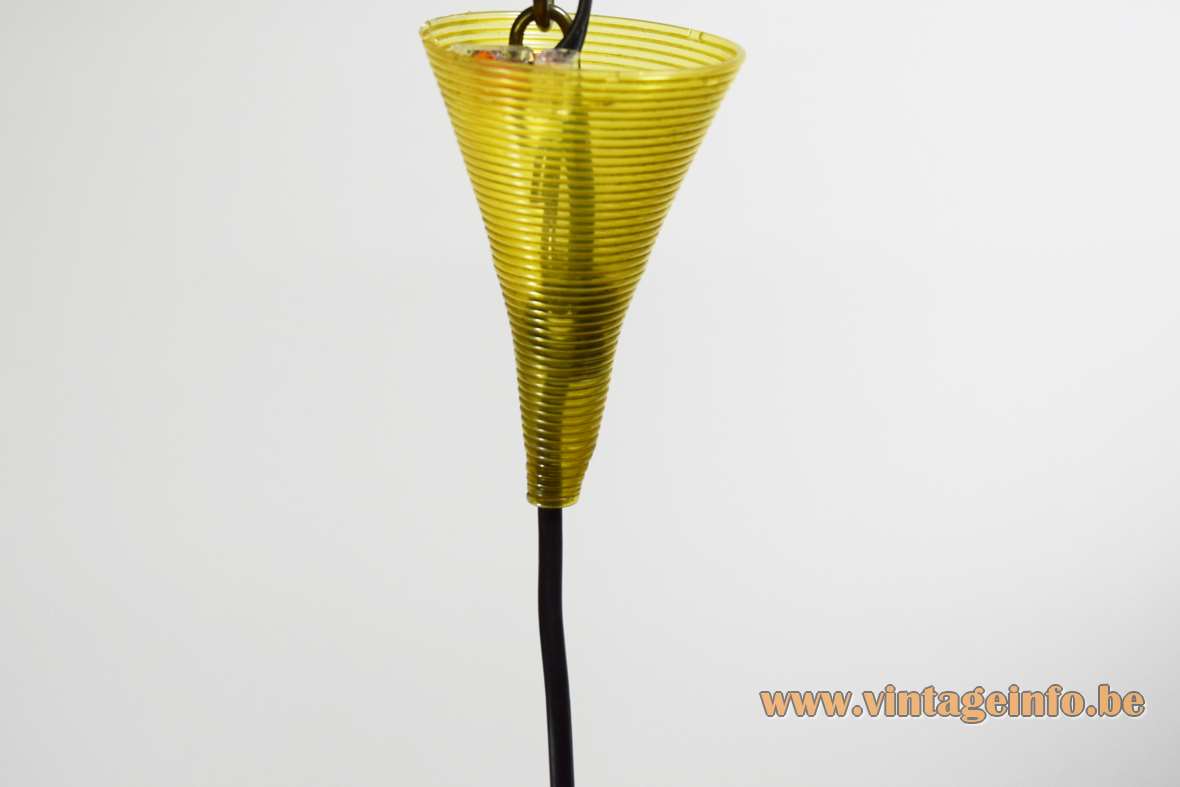 Other versions: This conical Rotaflex pendant lamp exists in several colours and variations. Also made as a triple pendant chandelier and made with a white diffuser below.