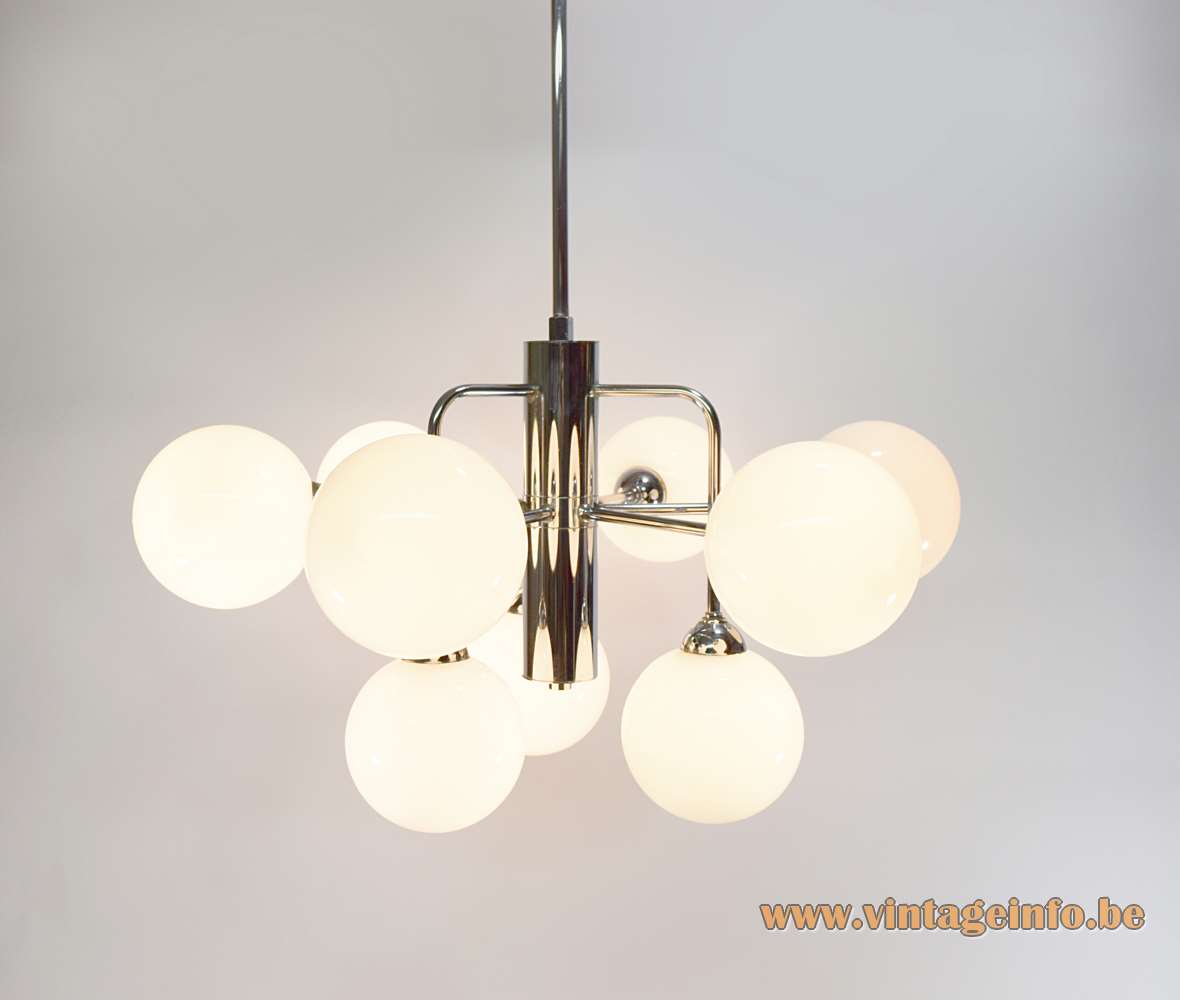 Palace of the Republic, Berlin – Wikipedia

Other versions: This atomic globes chandelier exists in many forms and sizes, small to super big. Until recent years the glass globes were still for sale in the Massive shops, maybe today. They are made of thin glass and break easy.

This chandelier has many similarities with the globe lamps designed by E. R. Nele for Temde Leuchten. Often said Max Bill, but those are false assumptions. E.R. Nele is Eva Renée Nele Bode. She is a German sculptor that made many large scale metal sculptures. E.R. Nele designed 20 years for Temde.

It also has similarities with the lamps designed by Peter Rockel for the Palace of the Republic in the GDR (German Democratic Republic – East Germany). Also Fabio Bergomi (Italy) and many others. 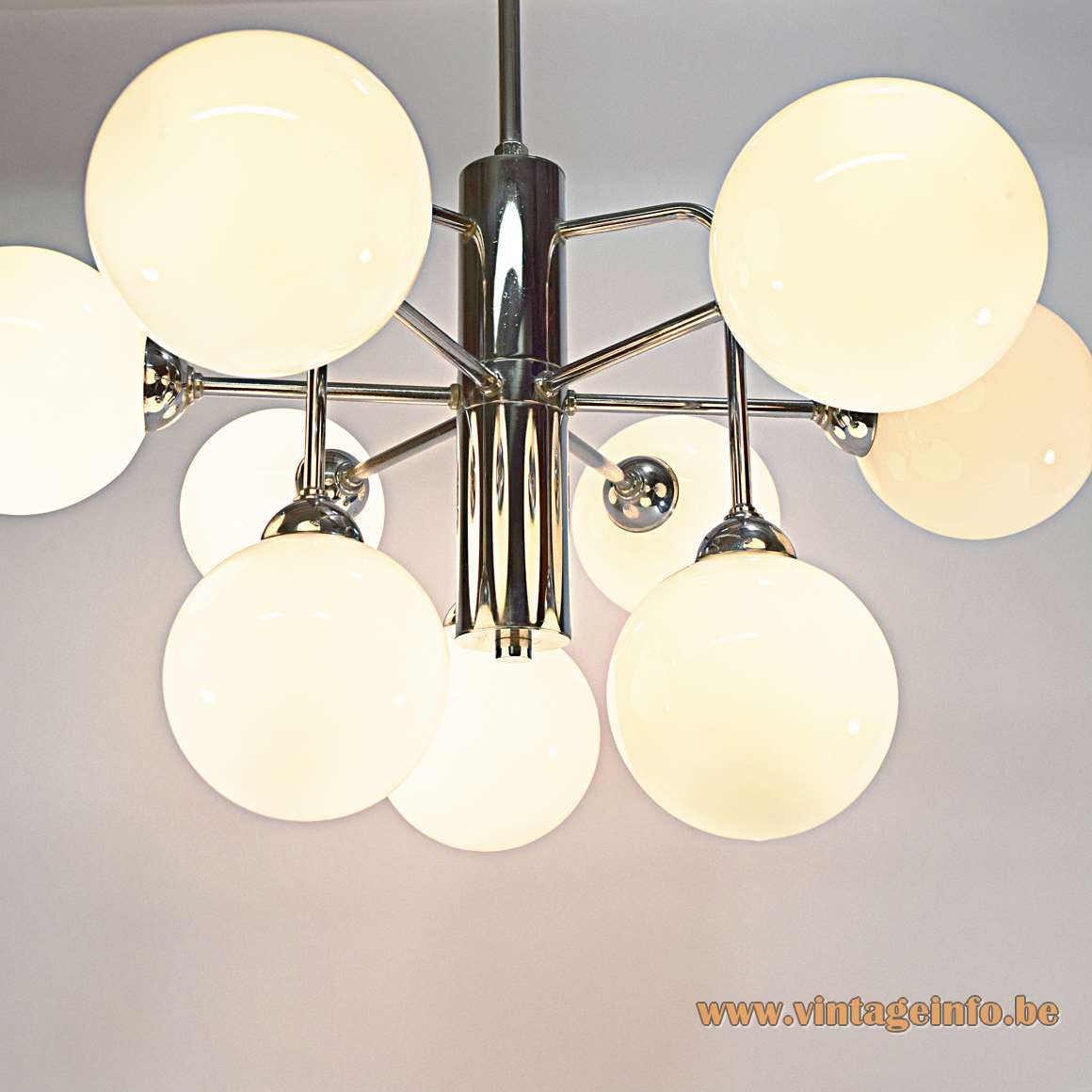 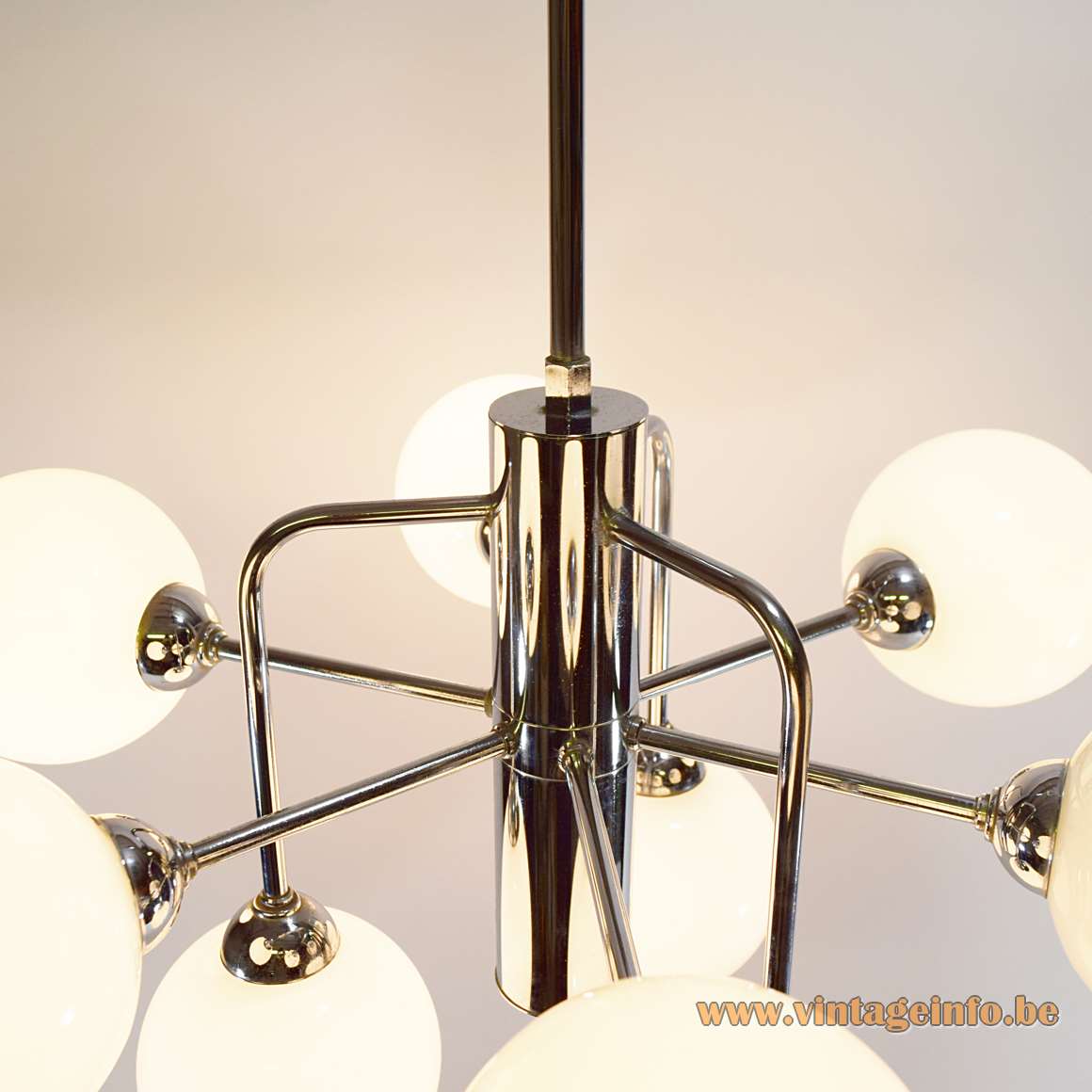 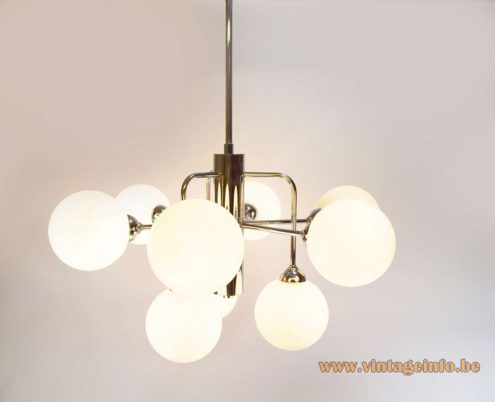