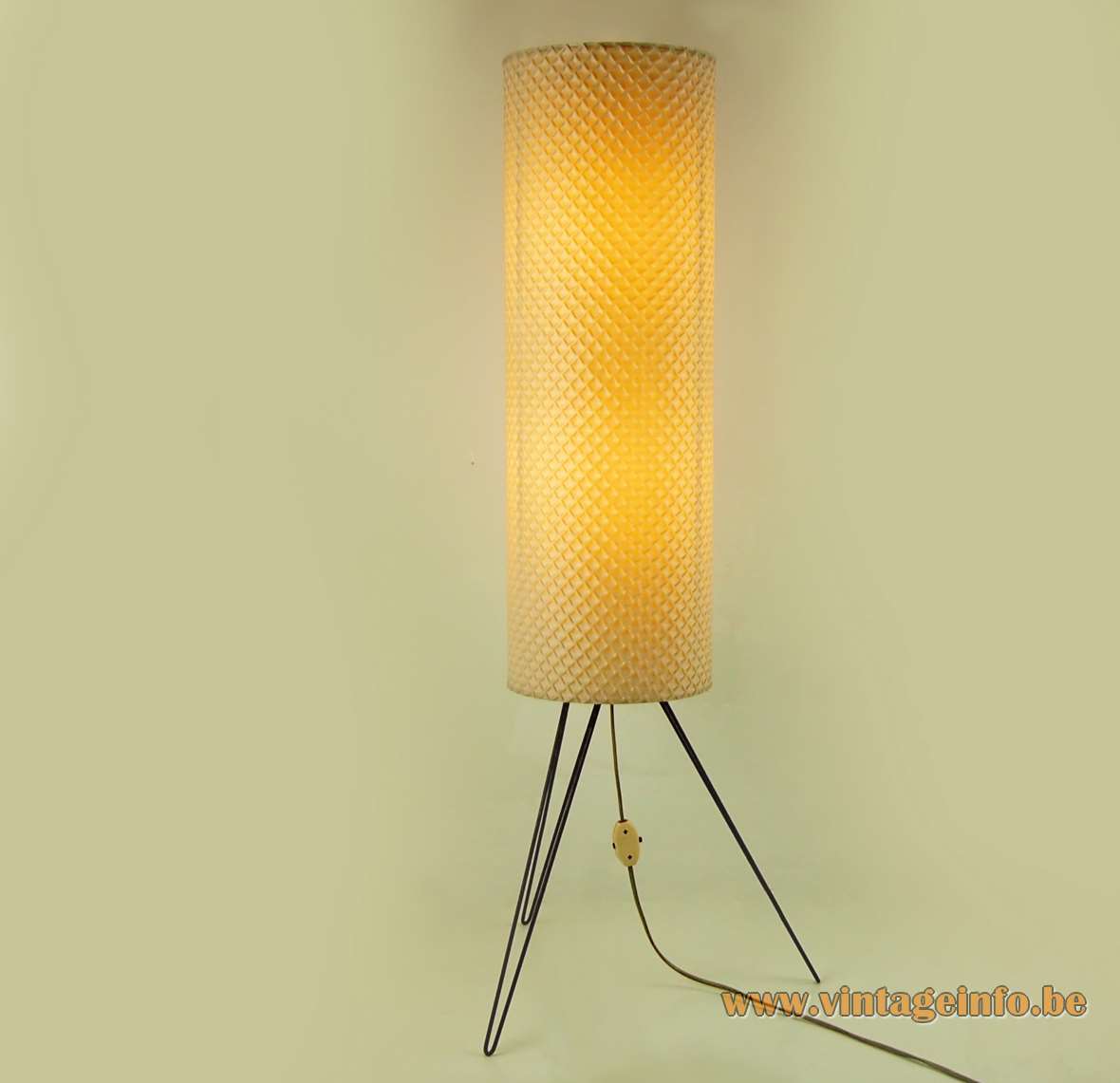 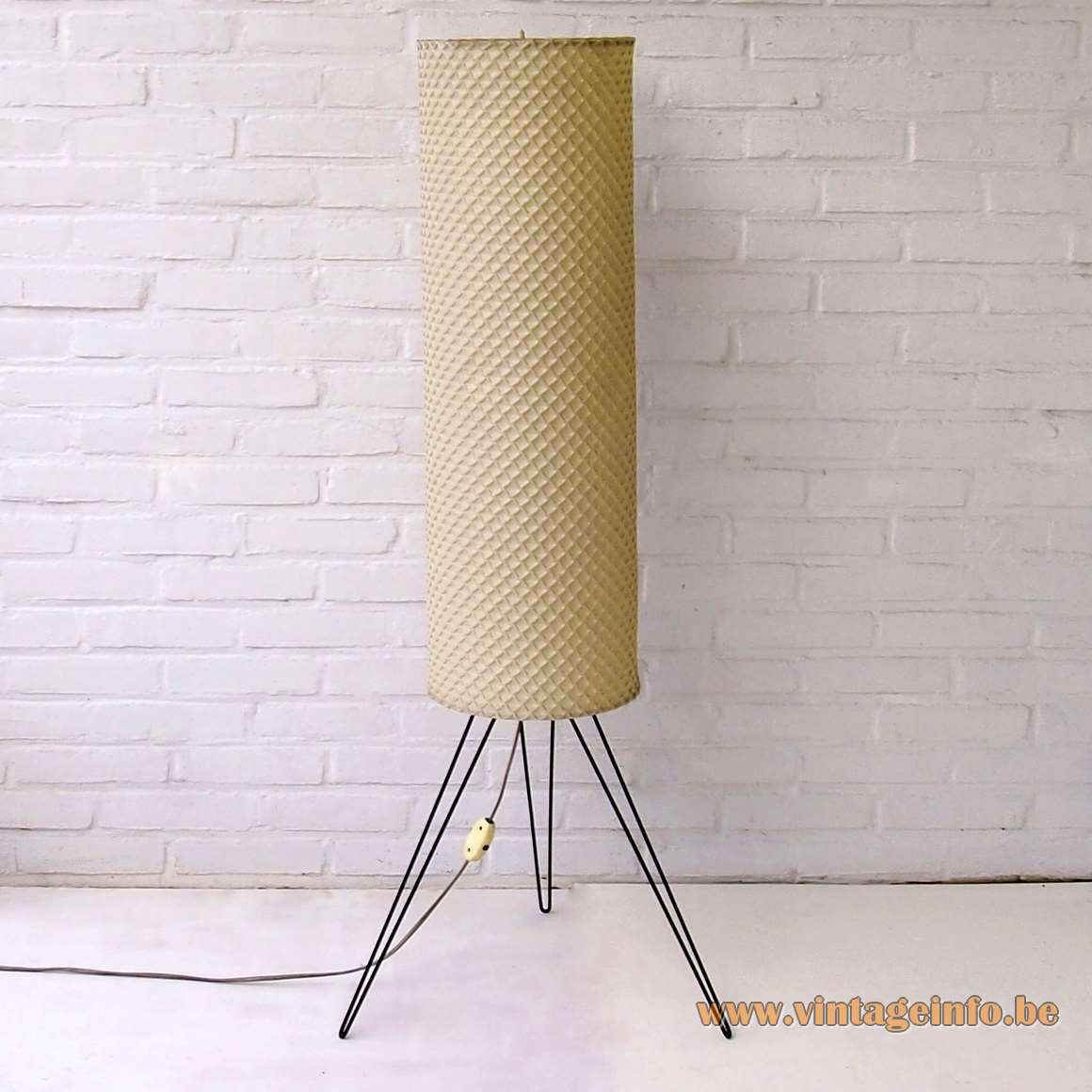 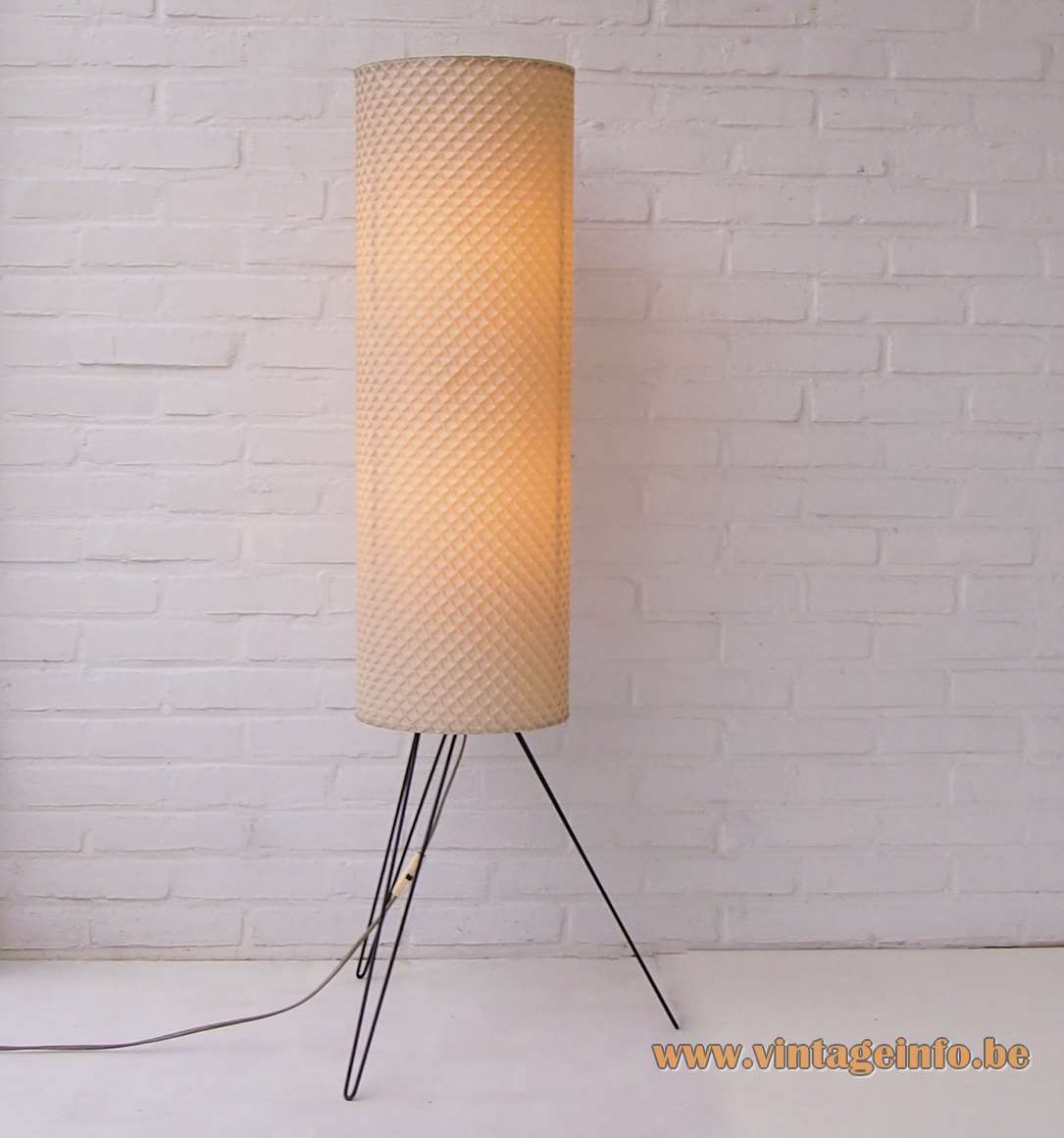 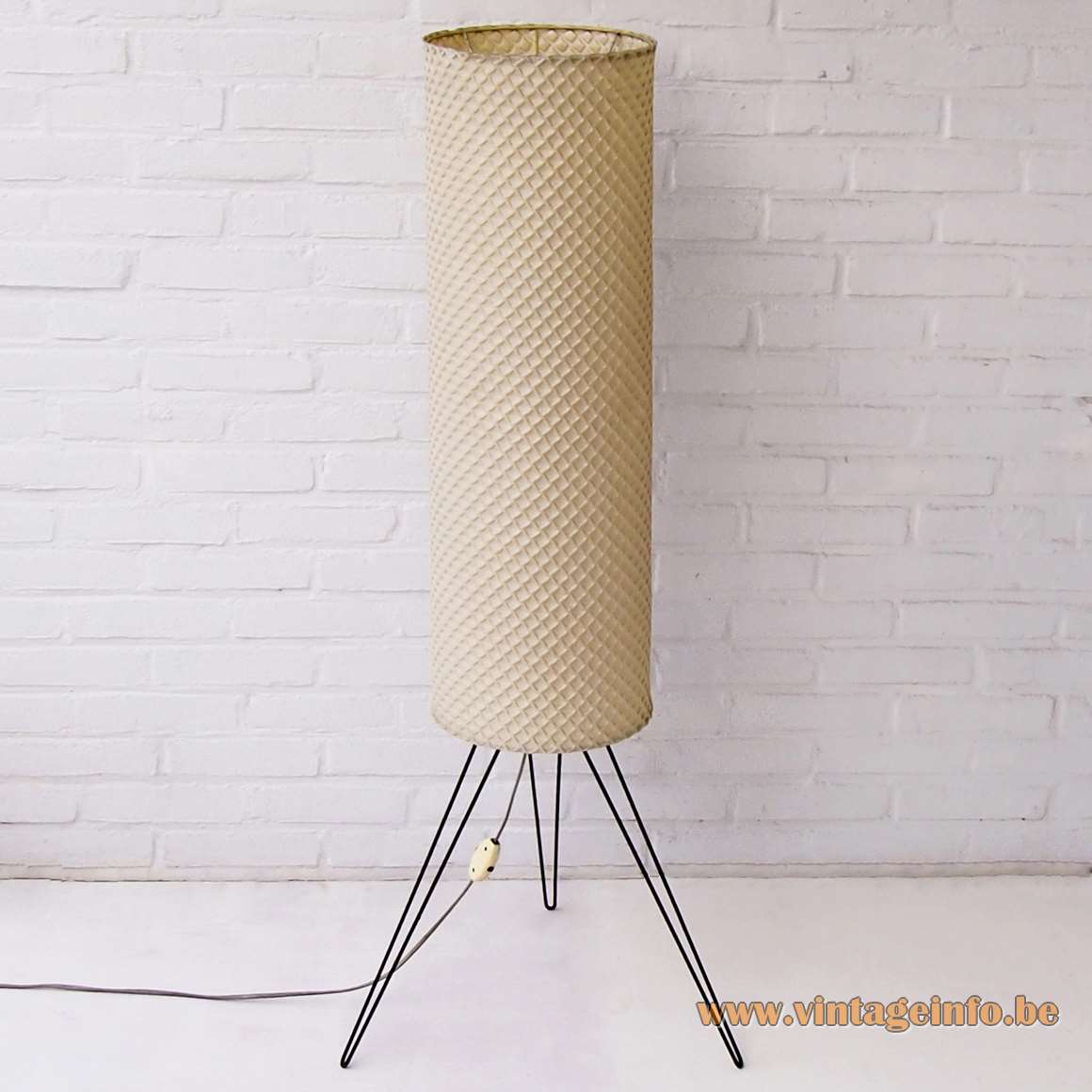 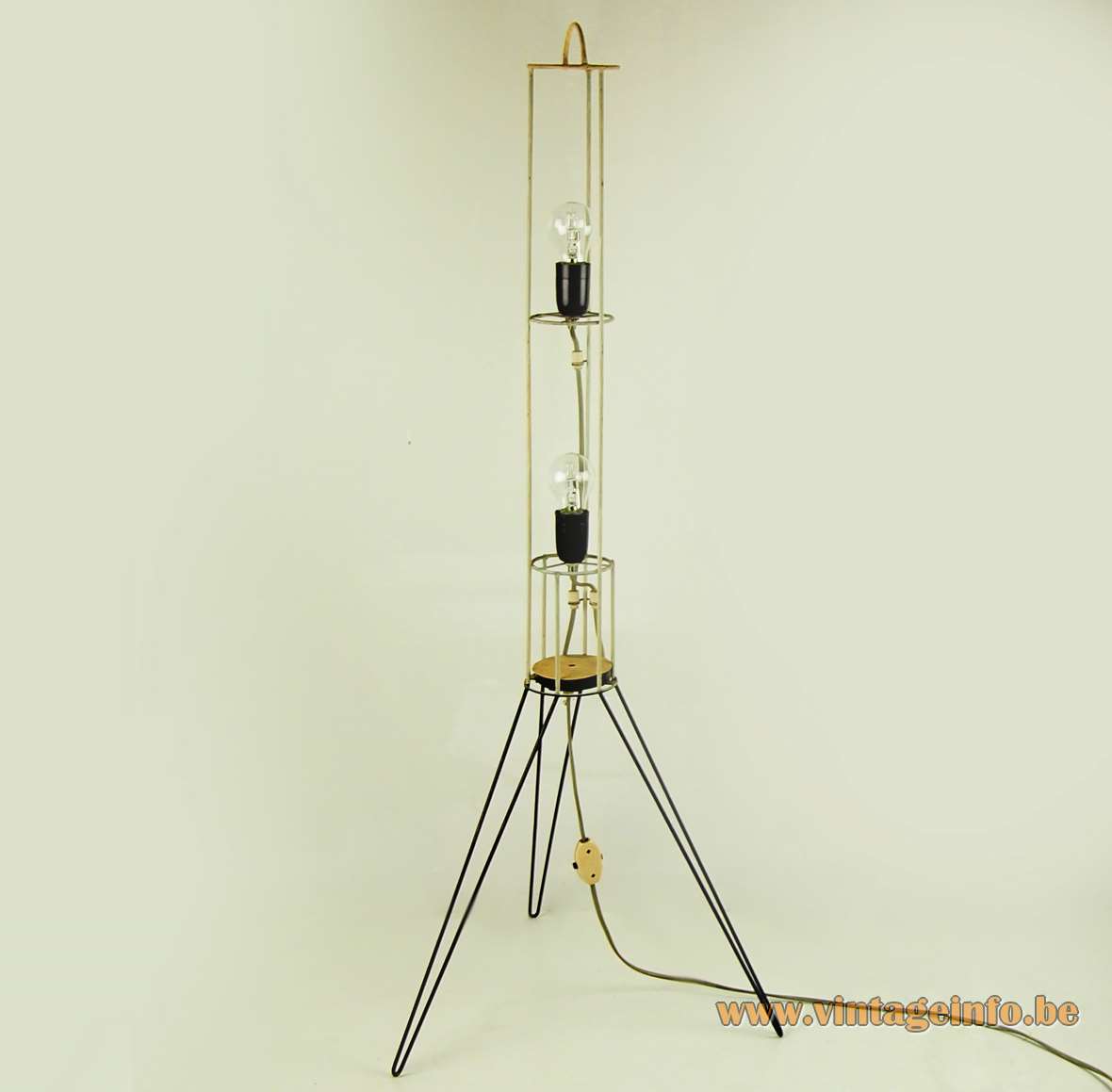 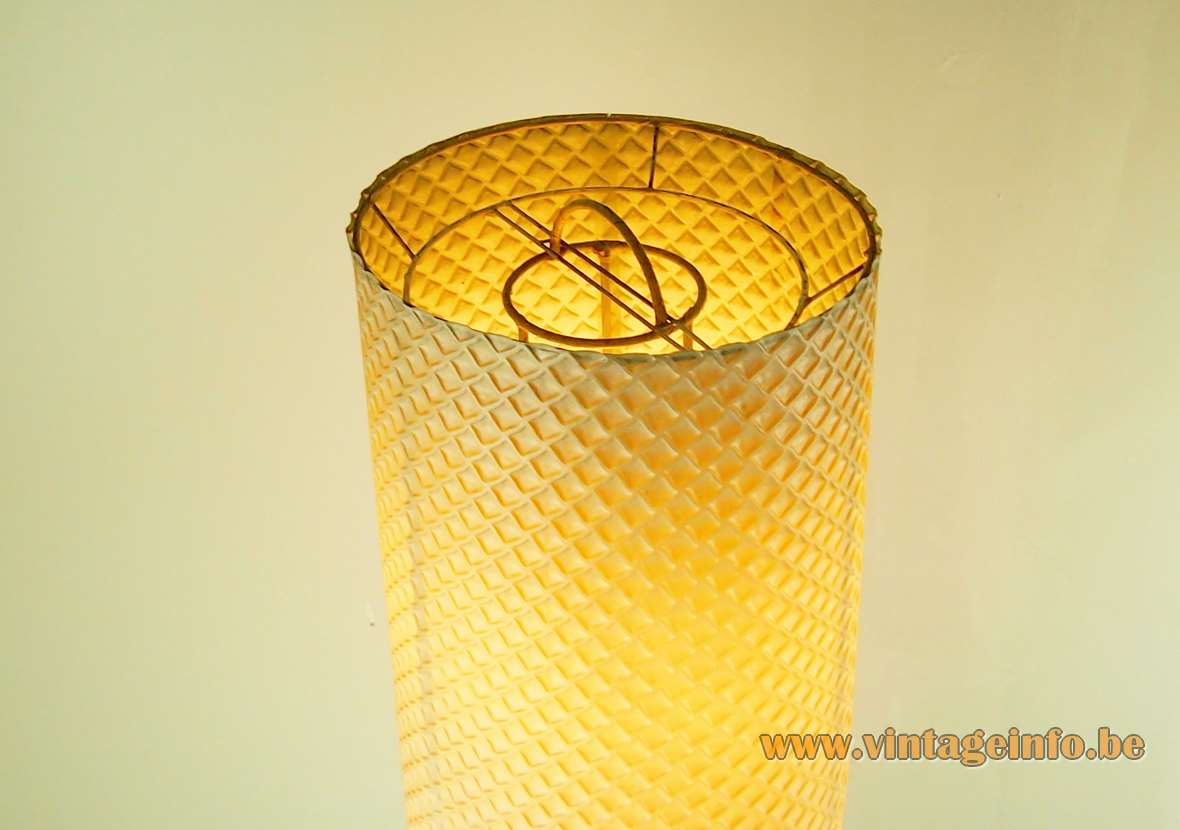 Other versions: This Aro Leuchte tripod hairpin floor lamp was probably made in several sizes and made as a table lamp.

Tubular lamps such as this one were made by many companies, often named rocket lamps.

The company was specialised in lamps made of acrylic in stead of glass. Many lamps were designed by other companies in the 1950s and 1960s. Aro-Leuchte produced the plastic versions in the 70s. You can find several examples on the Vintageinfo website. The company used both Aro-Leuchte as Aro-Leuchten on their labels. The website was also with the N.

Some other lamps with celluloid lampshades on Vintageinfo