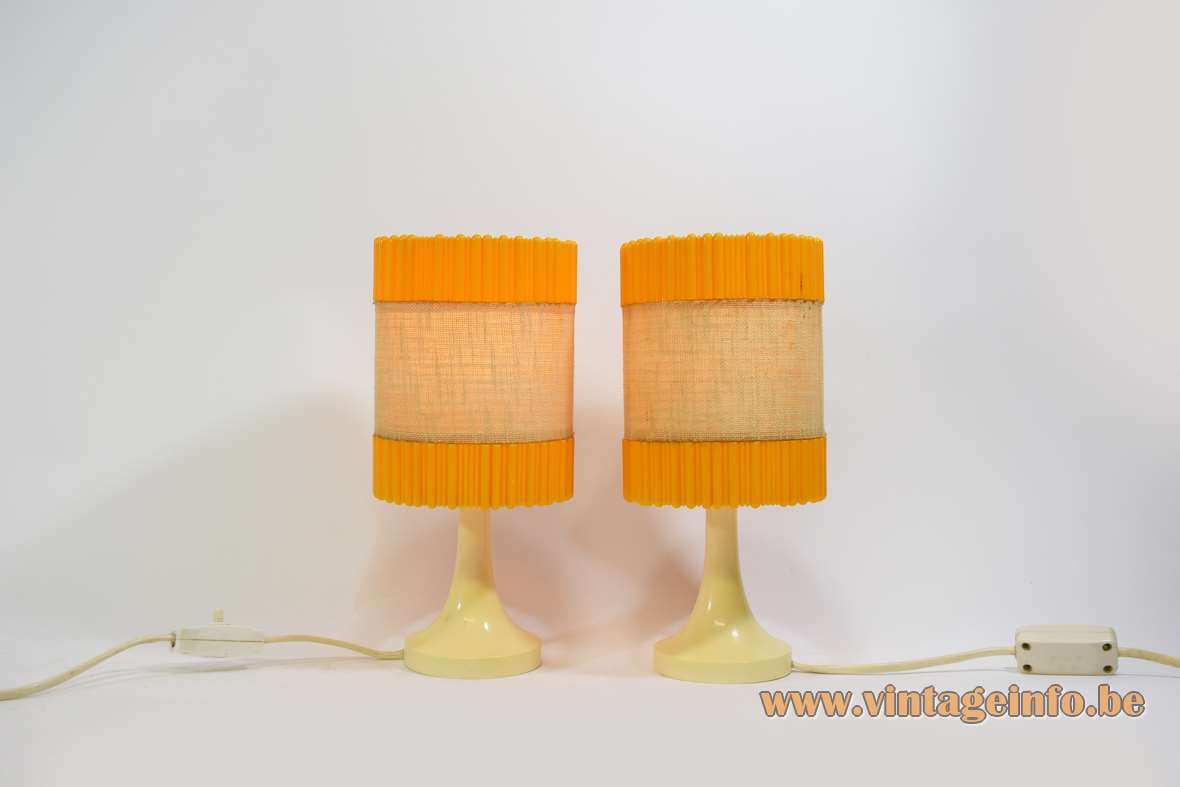 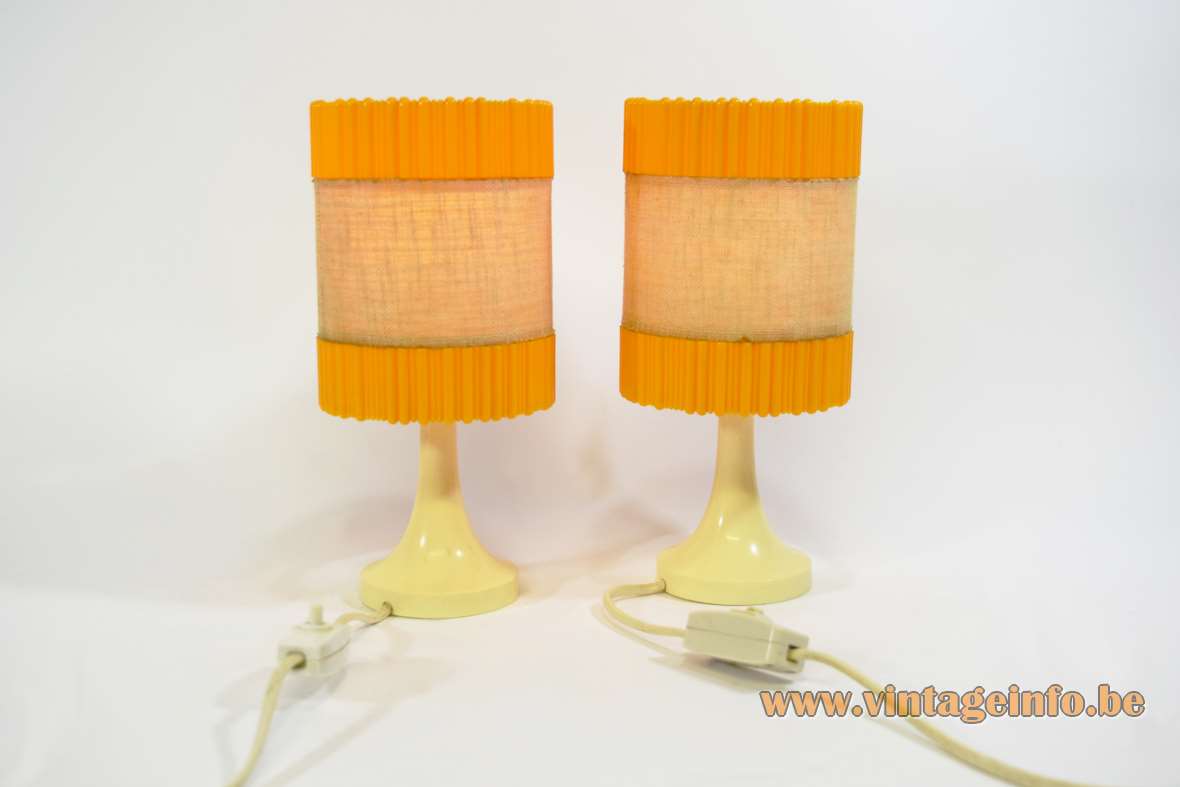 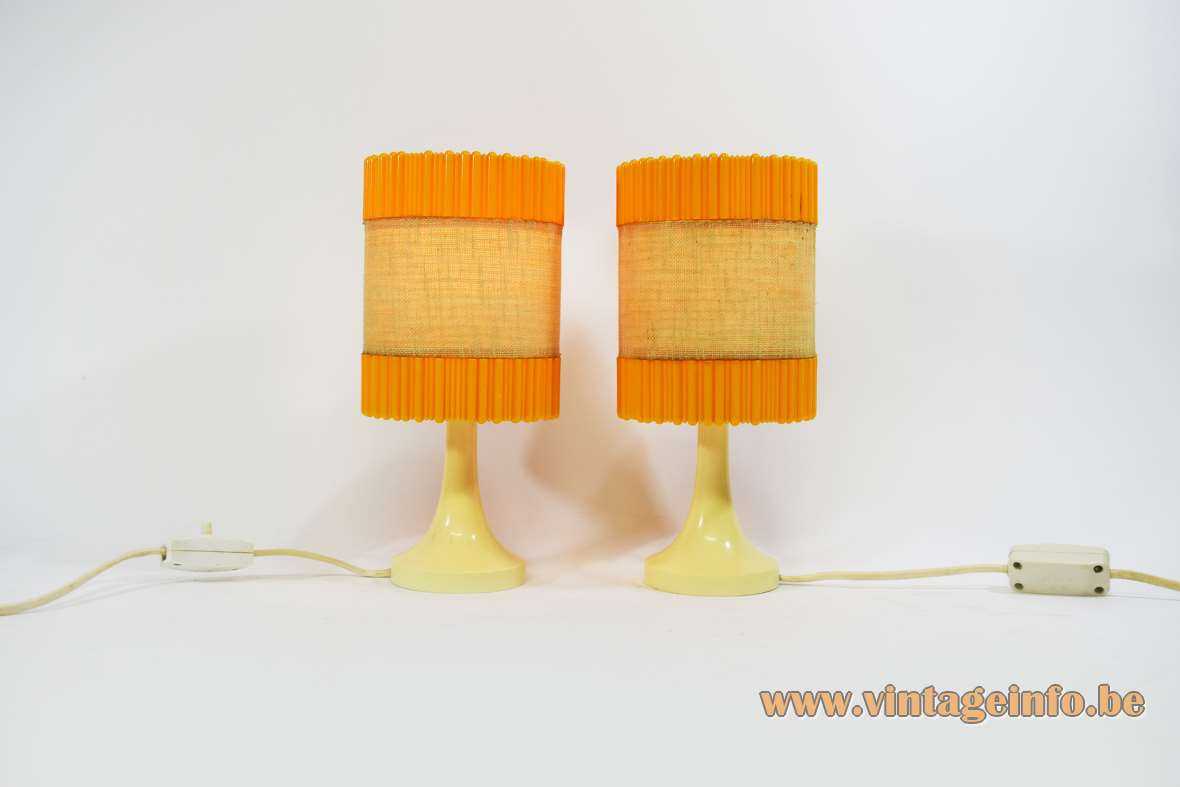 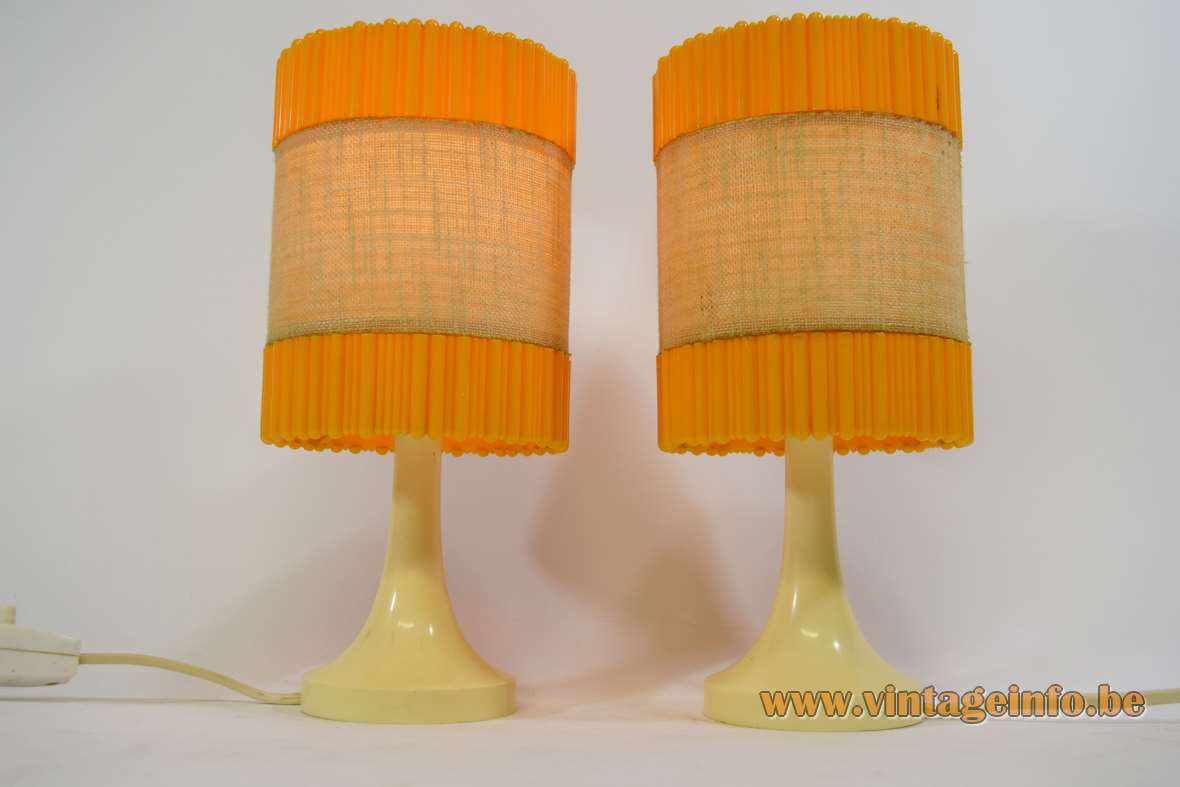 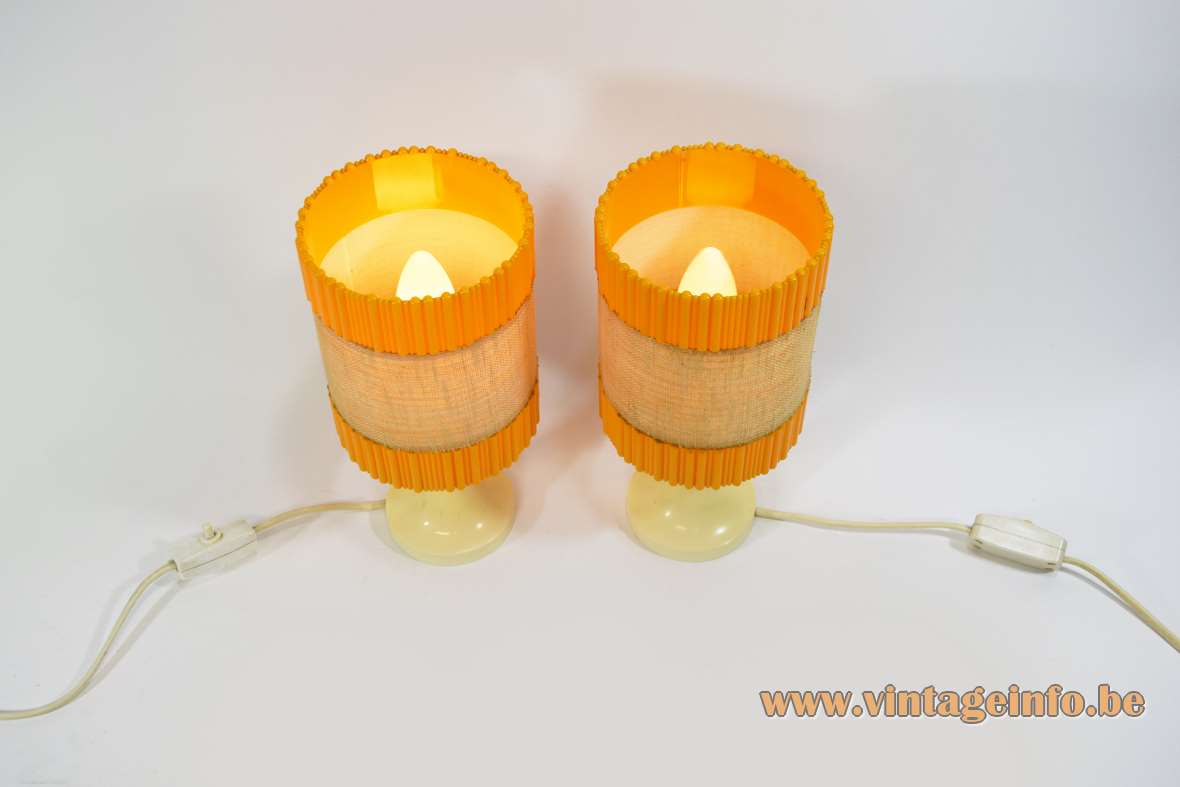 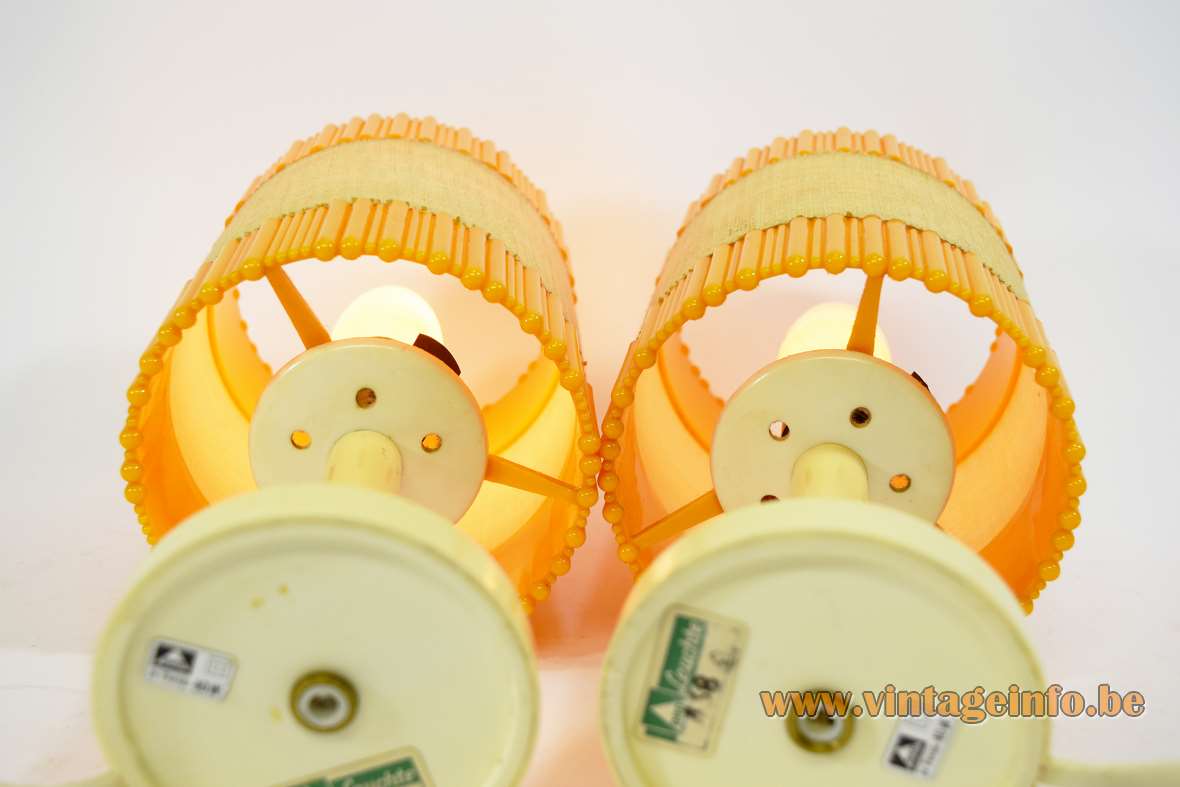 Materials: Round cream-beige coloured plastic base. Round orange plastic conical lampshades with some fabric glued on it. Metal (iron) clip. Bakelite E14 socket.

Other versions: The base of these Aro Leuchte bedside table lamps was used for many other lamps. Some lamps have the same base, but made of chromed plastic.


Aro-Leuchten GmbH was founded in 1969 as a family business. It ended business in 2006. Not much to be found about the company. Today, the website is offline. The url was www.aro-leuchten.de. Mister Matthias Arnold was the last managing director. 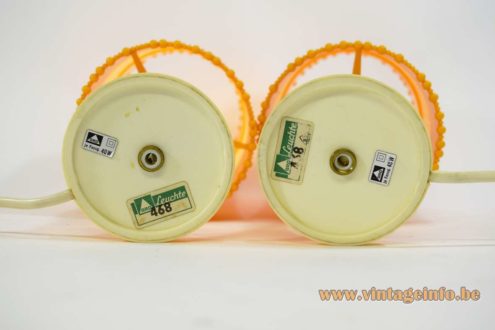