Many thanks to Frank from nullviernull raum+kommunikation for the photo of the huge collection. You can find his shop with al these lamps over here on Ebay.

Other versions: The Elmar Flötotto Lumibär table lamp (light bear) was made in many colours and sizes over the years. Made as an indoor lamp, outdoor lamp, even changing LED-light colours in a white bear. The LED bears are still for sale in some online shops (2020).

Elmar Flötotto is a family run business in it’s fourth generation. The company was founded in 1906 by Heinrich Flötotto as a furniture joinery business in in Gütersloh (Avenwedde), Germany.

After World War II, in 1946, Heinrich’s sons Fritz and Franz continue his work. They now have a sawmill, as well as a home furniture and school furniture factory.  In 1951, Flötotto expands with a chipboard plant in Arnsberg in the Sauerland region, some 50 km / 30 miles from Dortmund.

Between 1969 and 1991, the third-generation descendants of the founder take over the company they have inherited.

Flötotto is bests known for the shaped seat, patented on a global scale in 1952, and 20 million chairs have already been sold around the world. The seat shells are made from PAGHOLZ® plywood.

Today (2017) Frederik Flötotto is the CEO of the company.

Heinz Klein was born in 1944 in Troisdorf-Sieglar in Germany. Since 1971 he is self-employed with an office for interior design and design. He made successful designs of furniture, furniture systems and fixtures for leading international companies. Heinz Klein won several design prices. He is a painter, musician, author and designer.

Hans-Georg Leidig was born in 1953. After an apprenticeship as a carpenter with subsequent company studies, he studied interior architecture at the University of Applied Sciences in Mainz, Germany. After his studies in 1980, he has been working as an interior architect and designer. Leidig owns an interior design and design firm in Troisdorf, Germany, not far from Cologne. He received several awards for his designs. 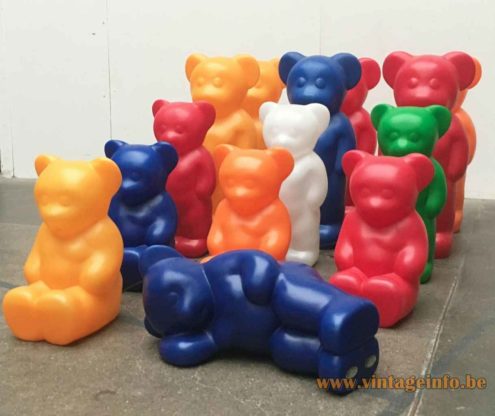