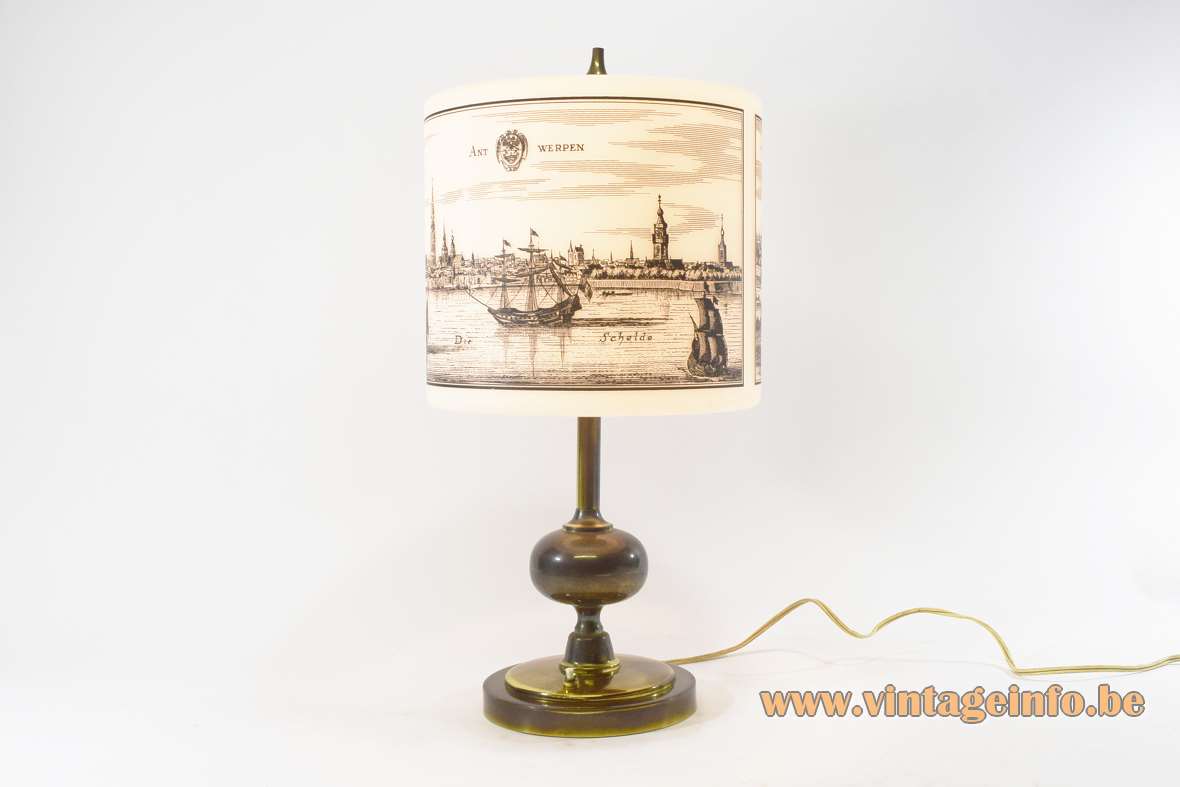 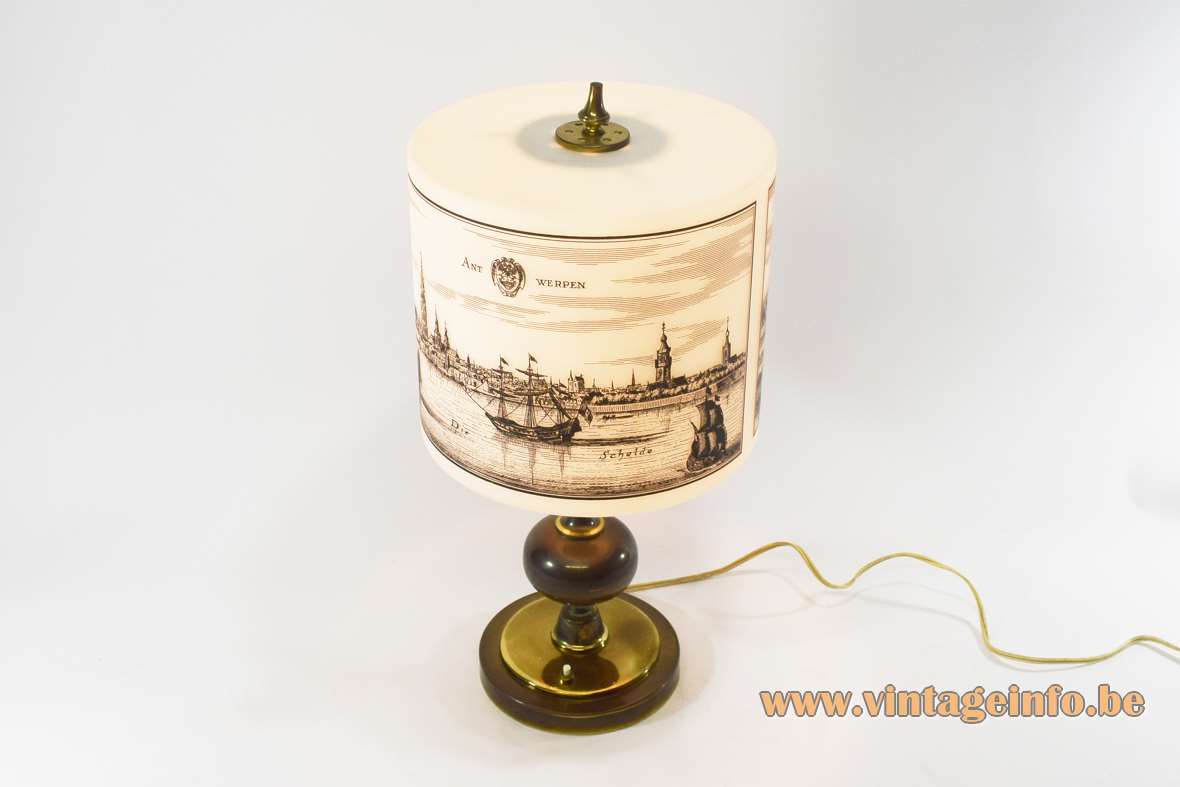 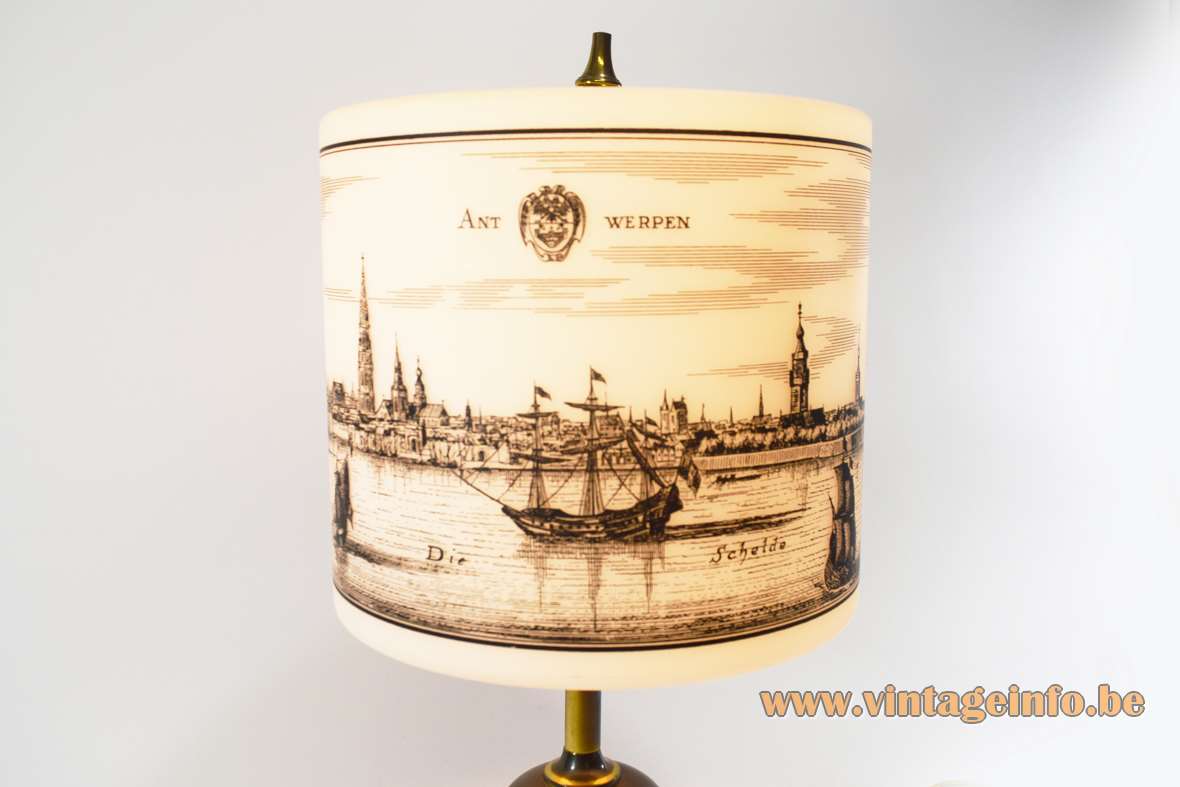 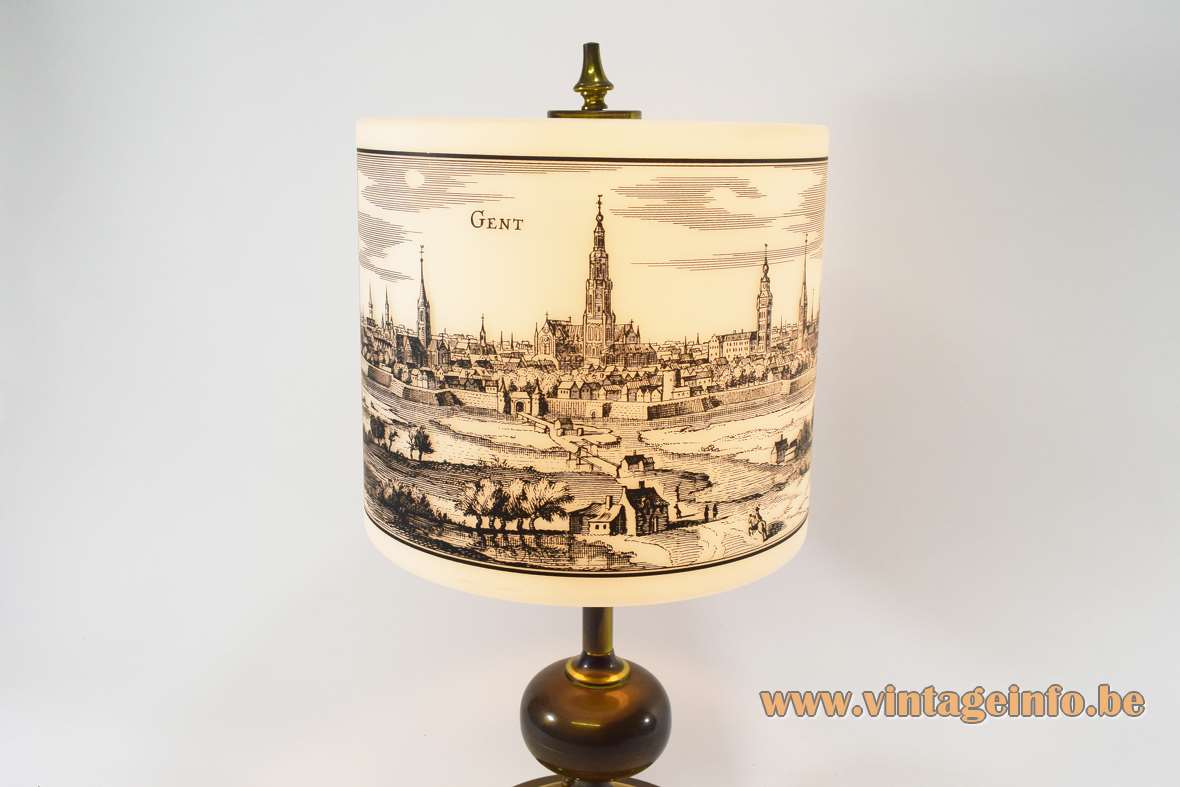 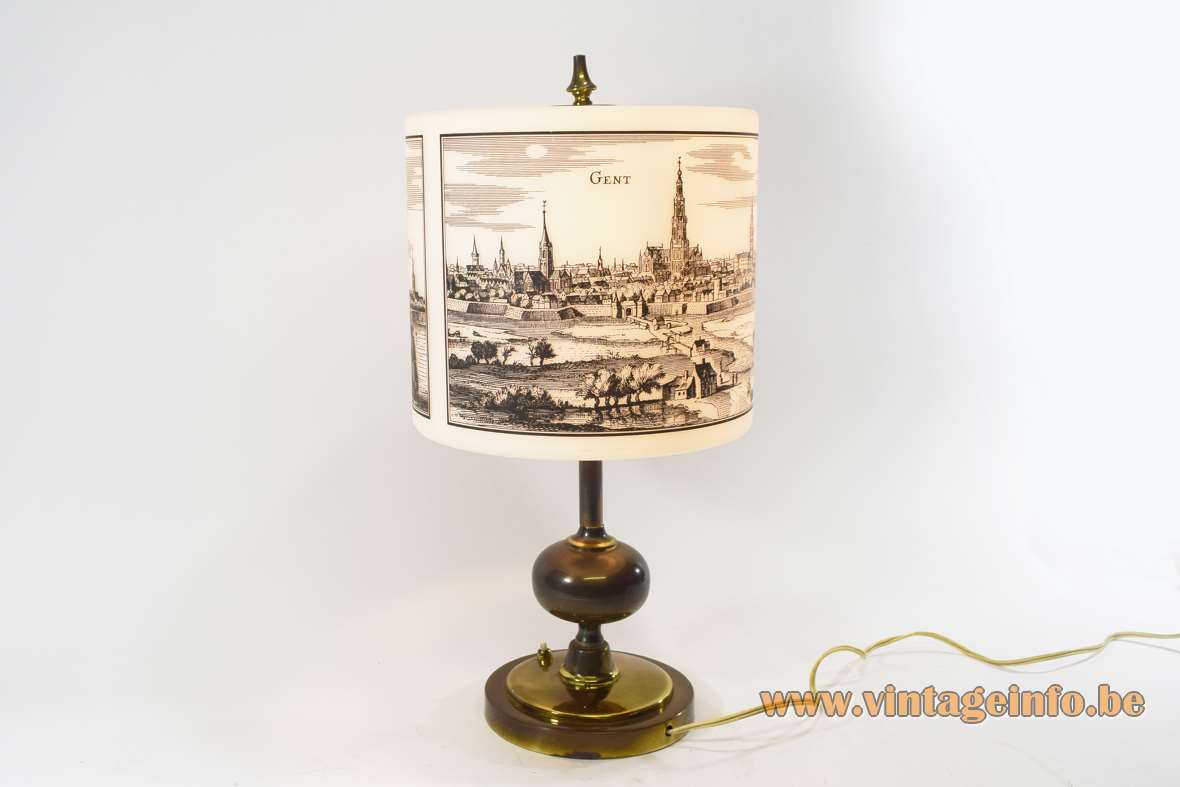 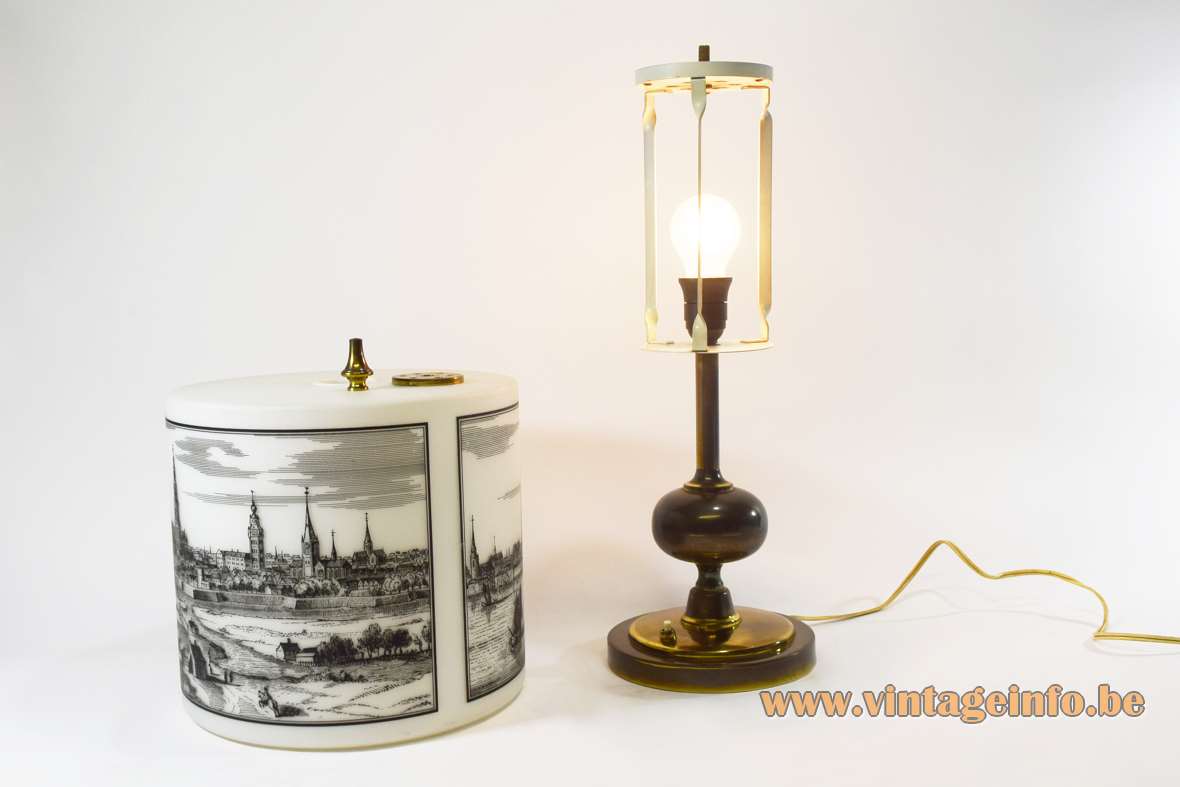 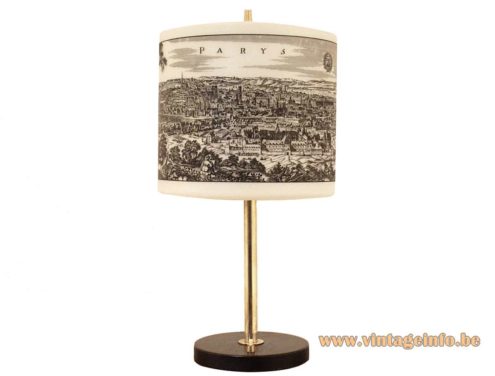 Materials: Round brass base with an oval globe in the middle. Some white painted metal parts. Round tubular opal glass lampshade with a medieval city print. Bakelite E27 socket.

Other versions: This Antwerp – Ghent, Belgium 1950s table lamp was made with different prints, also from other cities, or without. Often with this medieval drawings. Text on this lamp is: Antwerpen – Die Schelde (Antwerp – the Scheldt) and Gent on the other side.

These lamps exists with publicity for beers, pubs and so on. Also on this page, a lamp with a Paris decoration; written in old Dutch. Parys instead of Parijs. It is a more recent version from the seventies with a different rod. Over the years different lamp bases were used with the same lampshades.

These table lamps were often spotted in bars, pubs, taverns and restaurants in Belgium in the 1950s, 1960s, 1970s and 1980s. Antwerp and Ghent are the two most populated cities in Flanders, Belgium.

In all probability these lamps were produced in Leuven or Turnhout, two cities in Belgium were Philips produced lighting. A newer version of this table lamp appears in a Philips catalogue from 1966.

A day before the German invasion in the Netherlands on 9 Mai 1940, the Philips family fled to the United States of America. They took a large amount of the company capital with them. 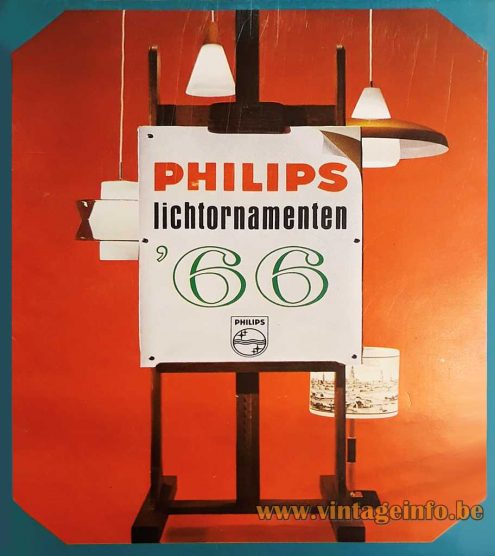