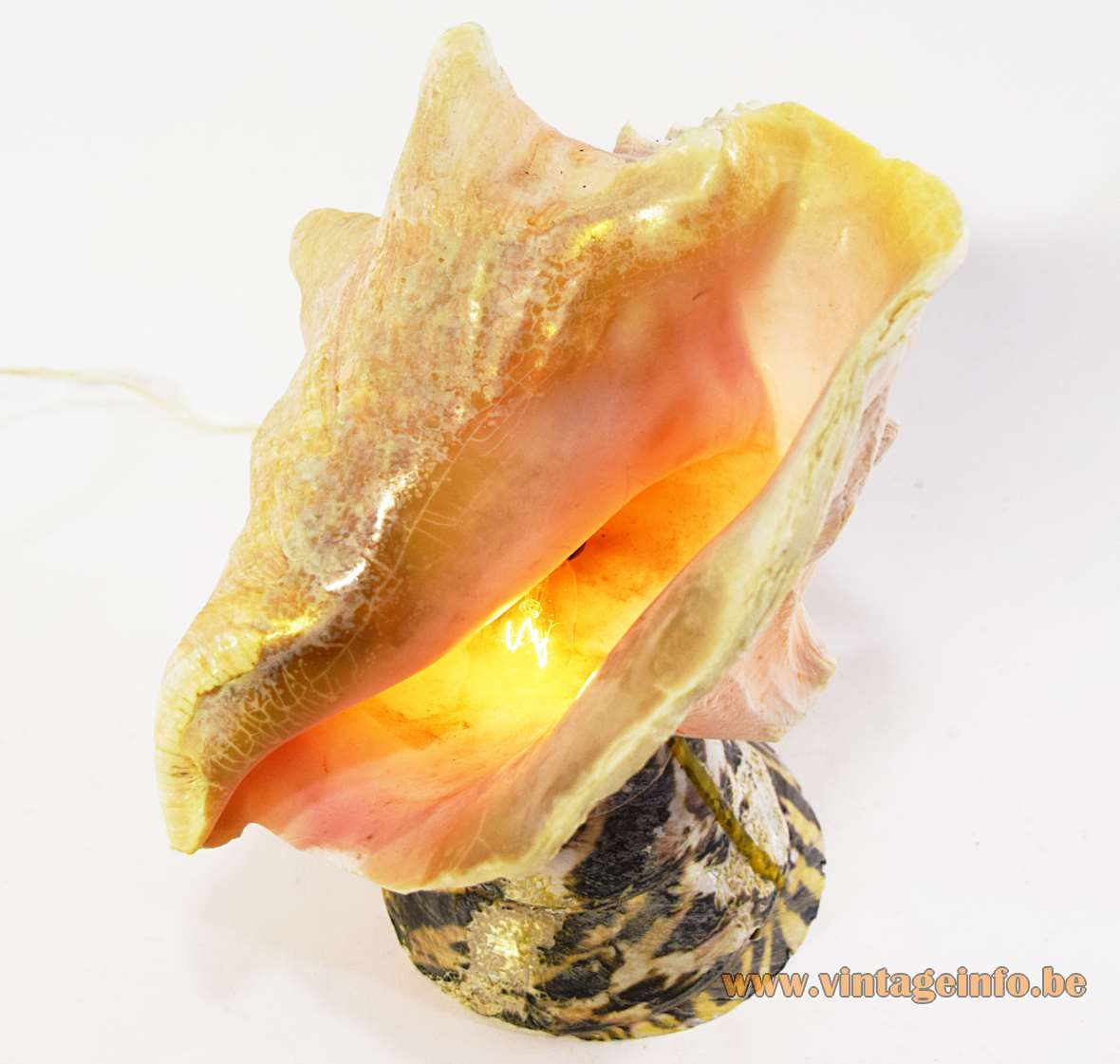 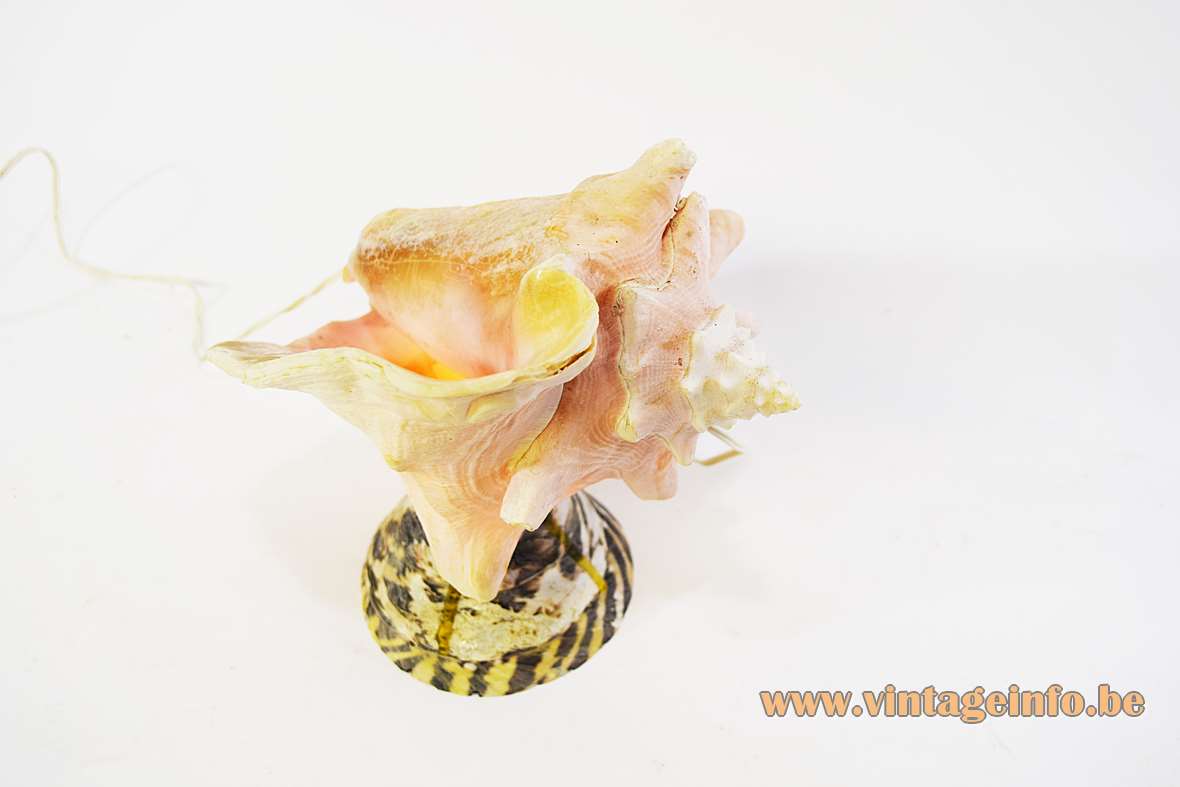 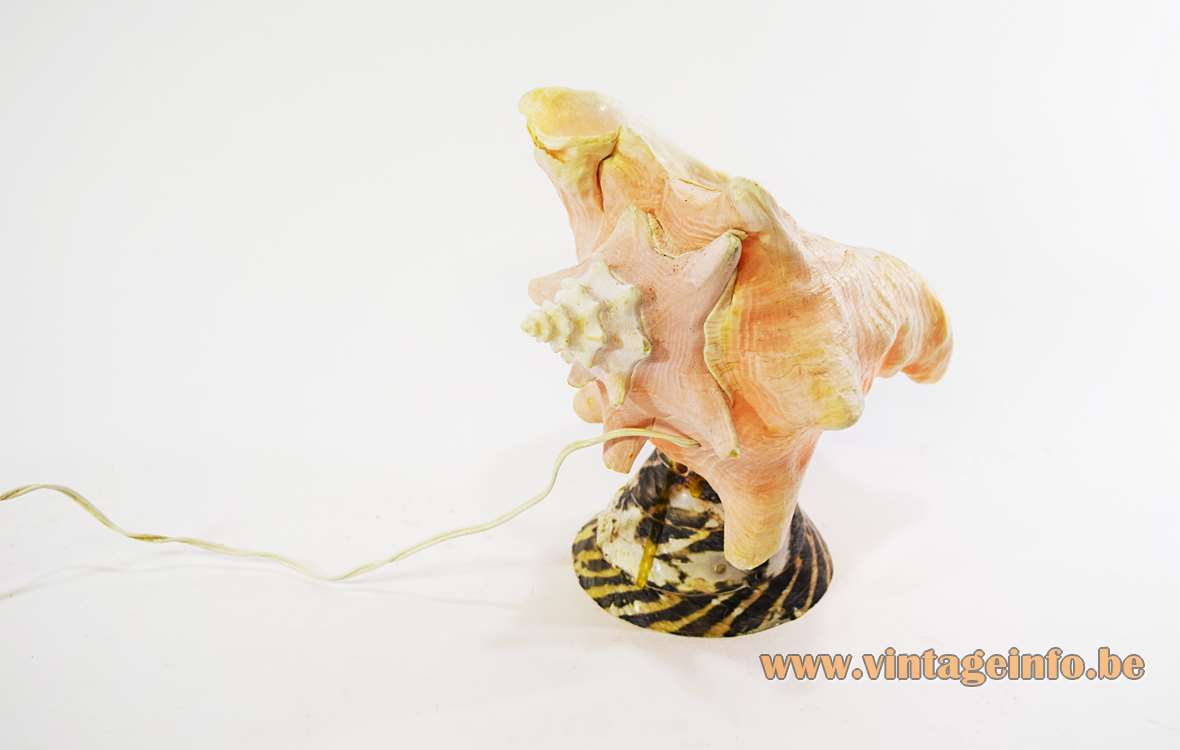 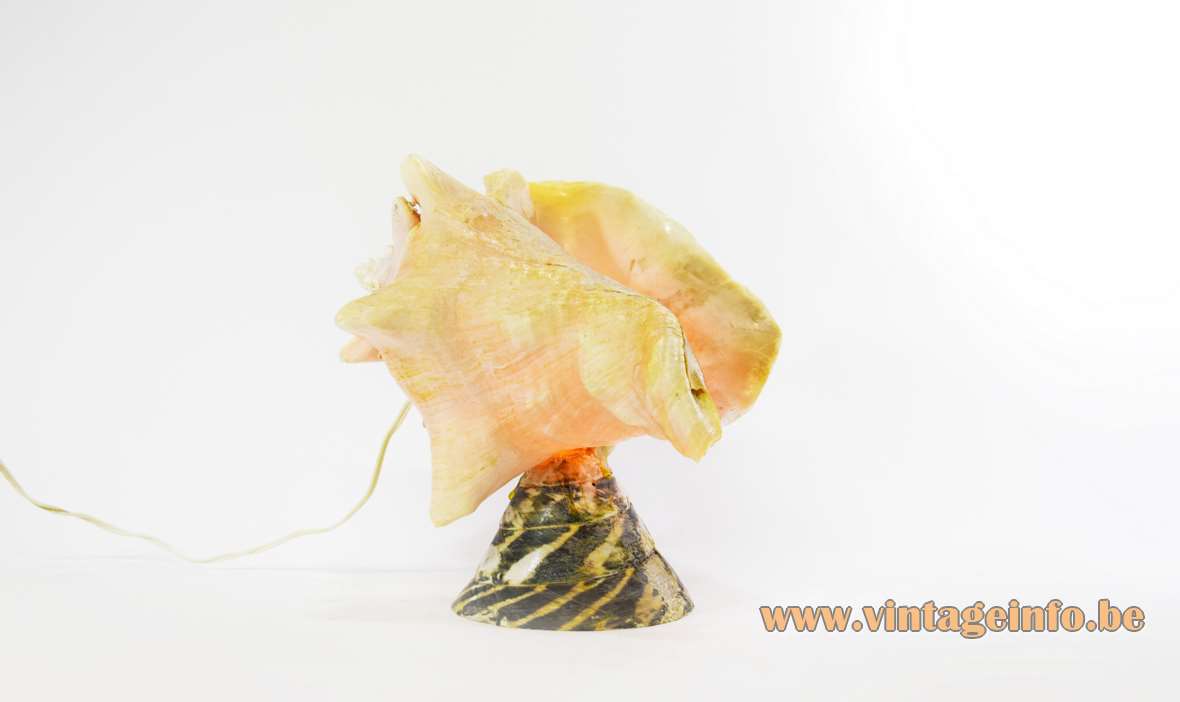 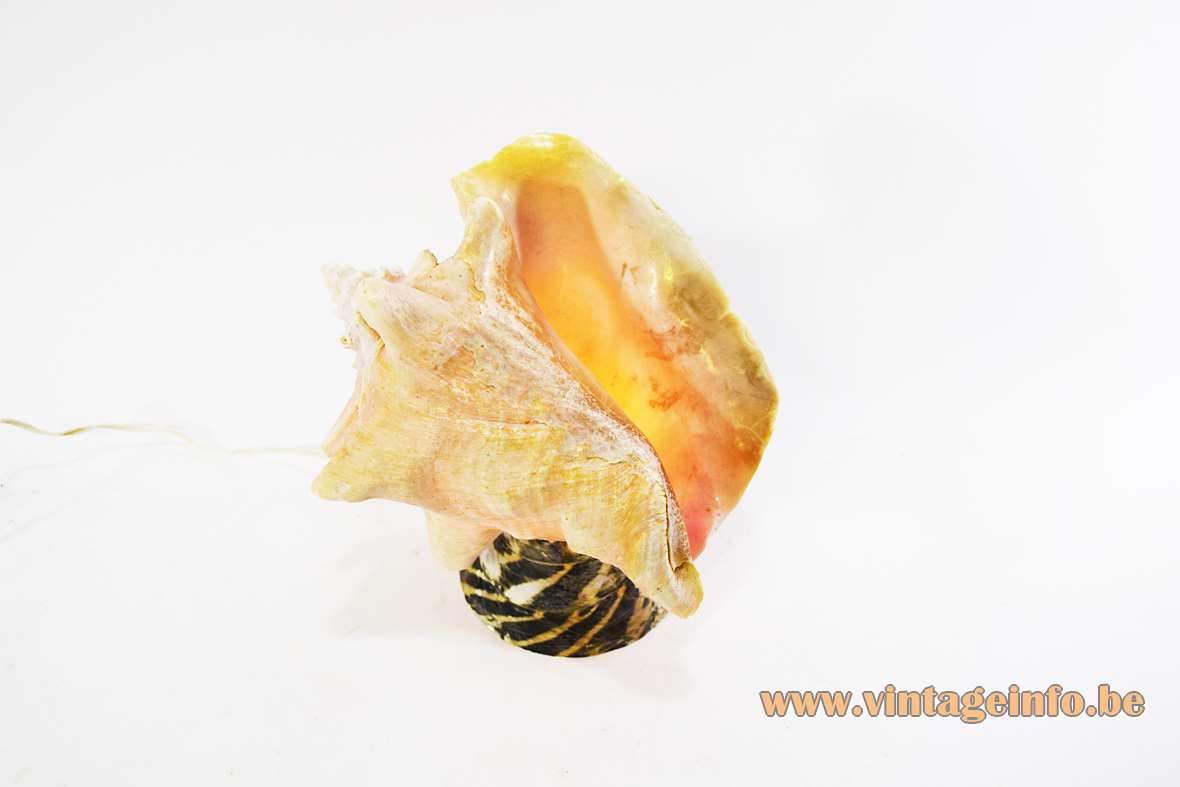 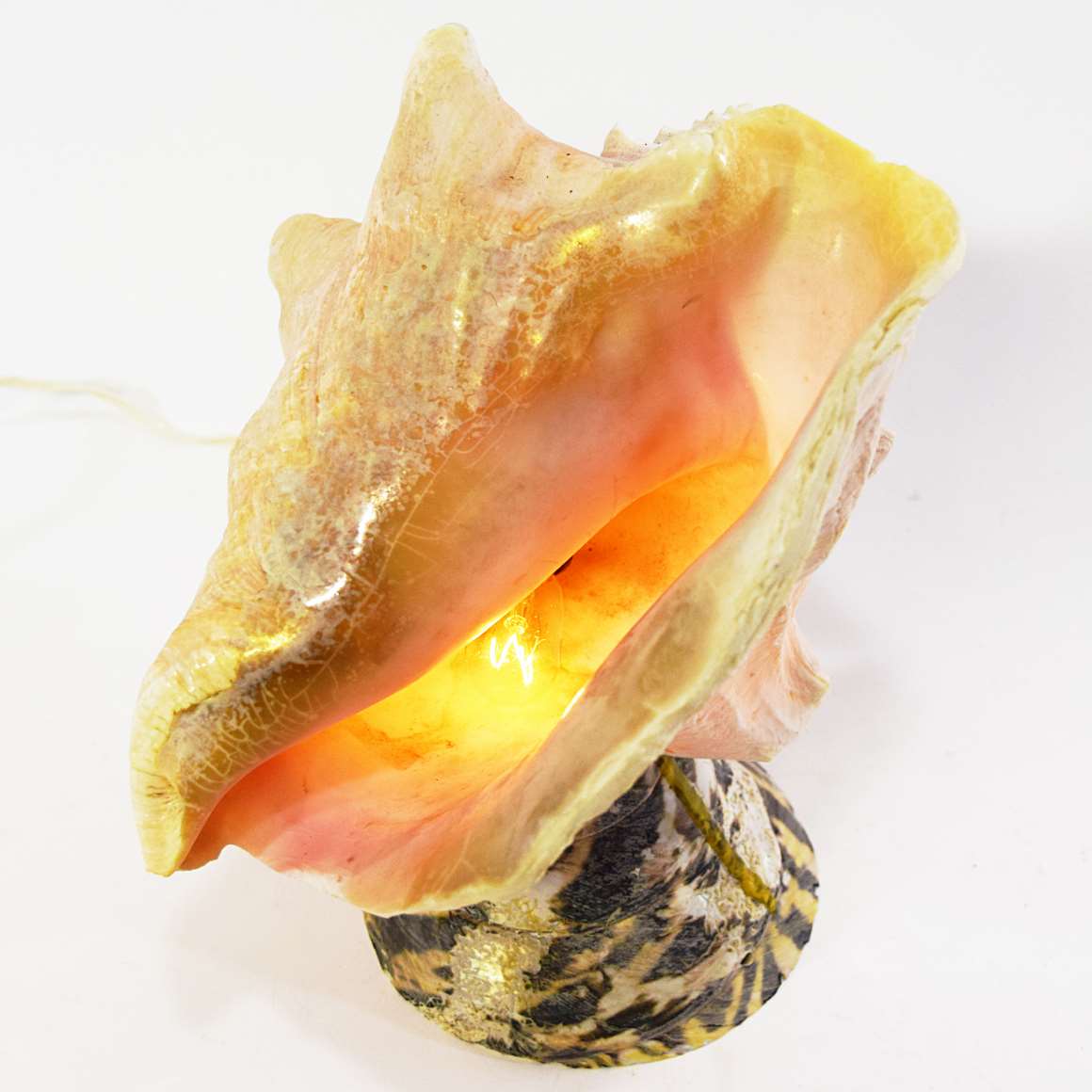 Materials: A queen conch glued on top of a cone top shell. Inside the queen conch a Bakelite E14 socket.

Designer: To be appraised; designed by nature.

Many of them have their origin in the Caribbean, because the queen conch – lobatus gigas – is edible and lives among others in that area. Conch meat has been consumed for centuries and has traditionally been an important part of the diet in many islands in the West Indies and Southern Florida.

The queen conch is glued on a cone top shell, a member of the trochidae family – to be determined. Probably a species that lives in the same region.

The electric parts of this table lamp are European and are the same as frequently used in other souvenir lamps such as the lamps from Vallauris, France, also on display here on Vintageinfo. All electric parts with no maker or label.

In all probability, these shells were imported in Europe to make these table lamps. They were sold in many souvenir shops on the European coasts since the end of the second world war, and probably sold around the globe. The electric parts were made in the 1950s, 1960s. 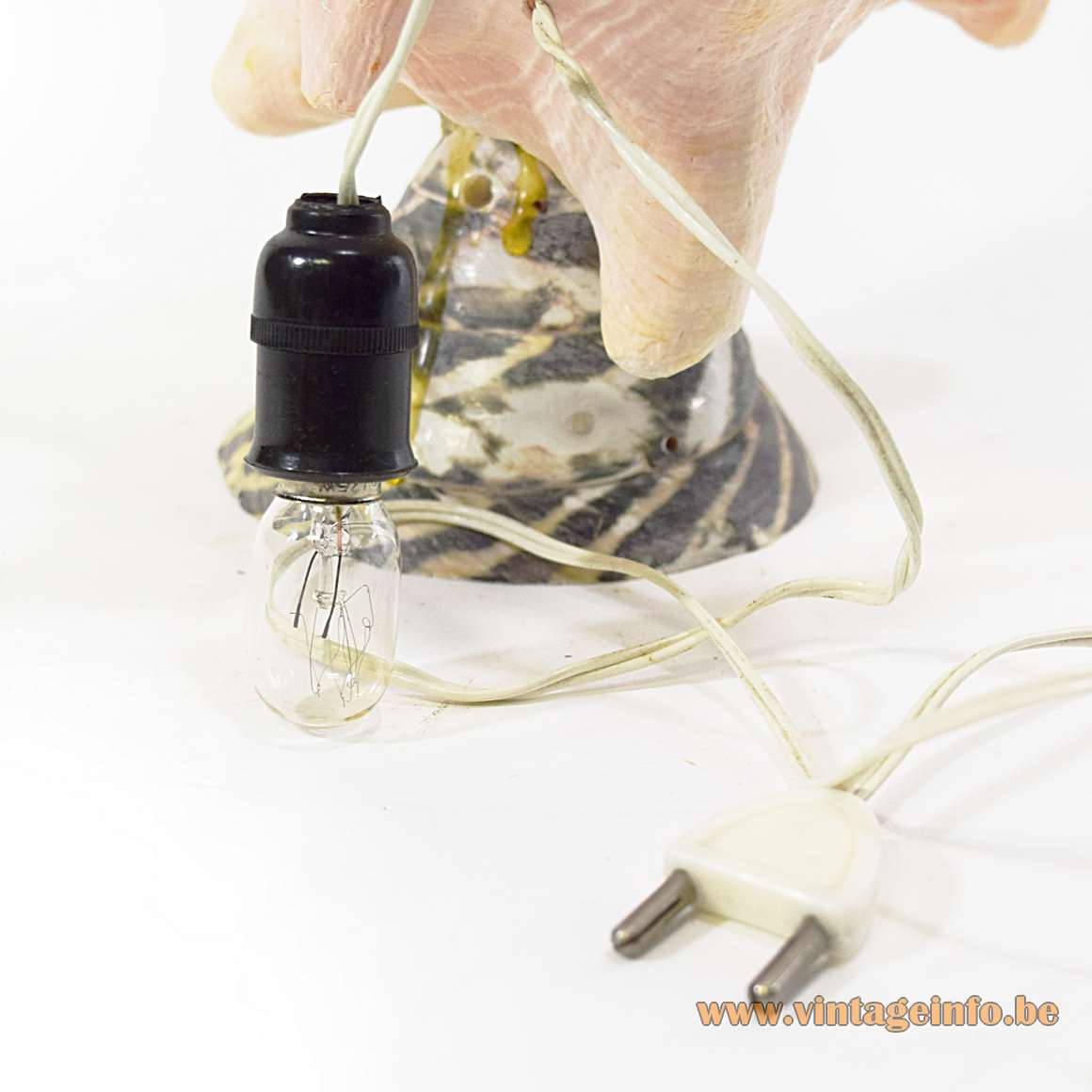