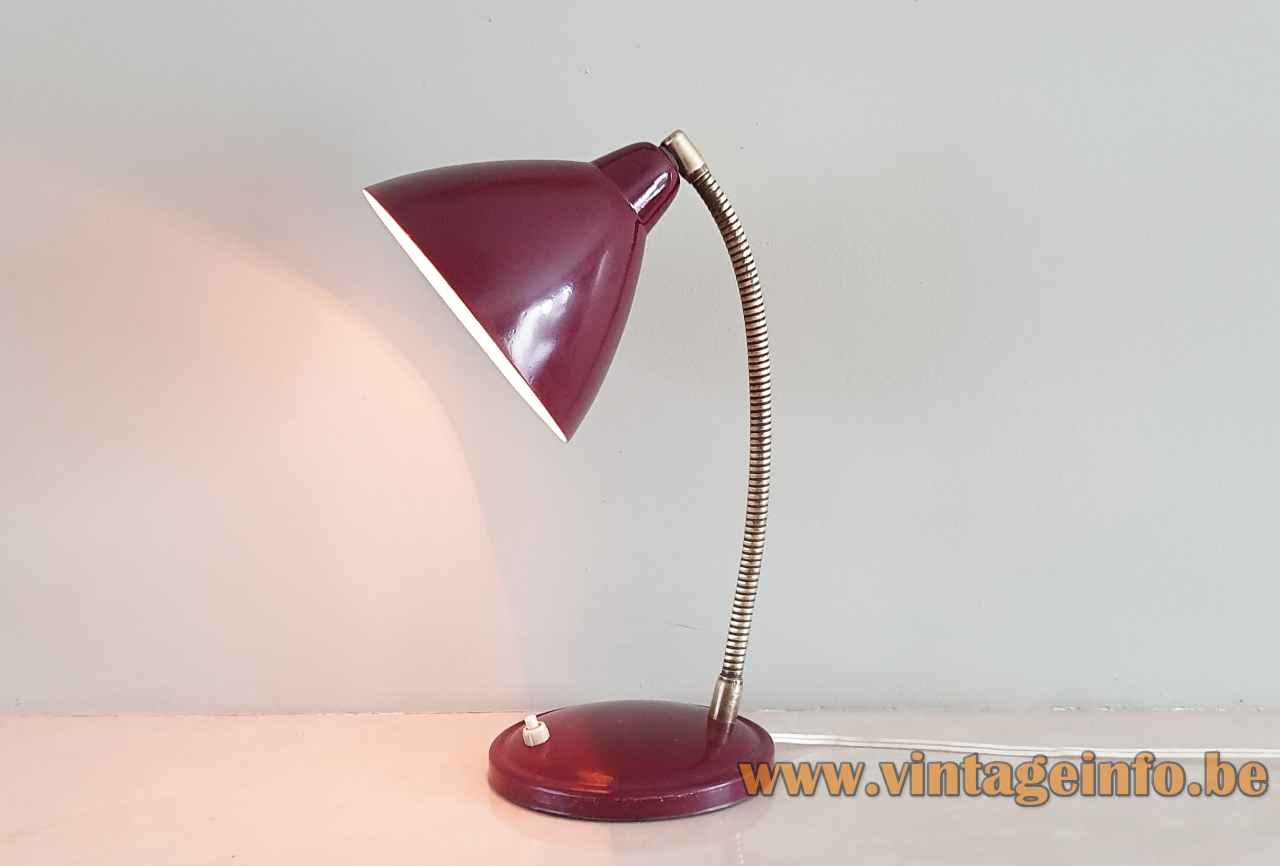 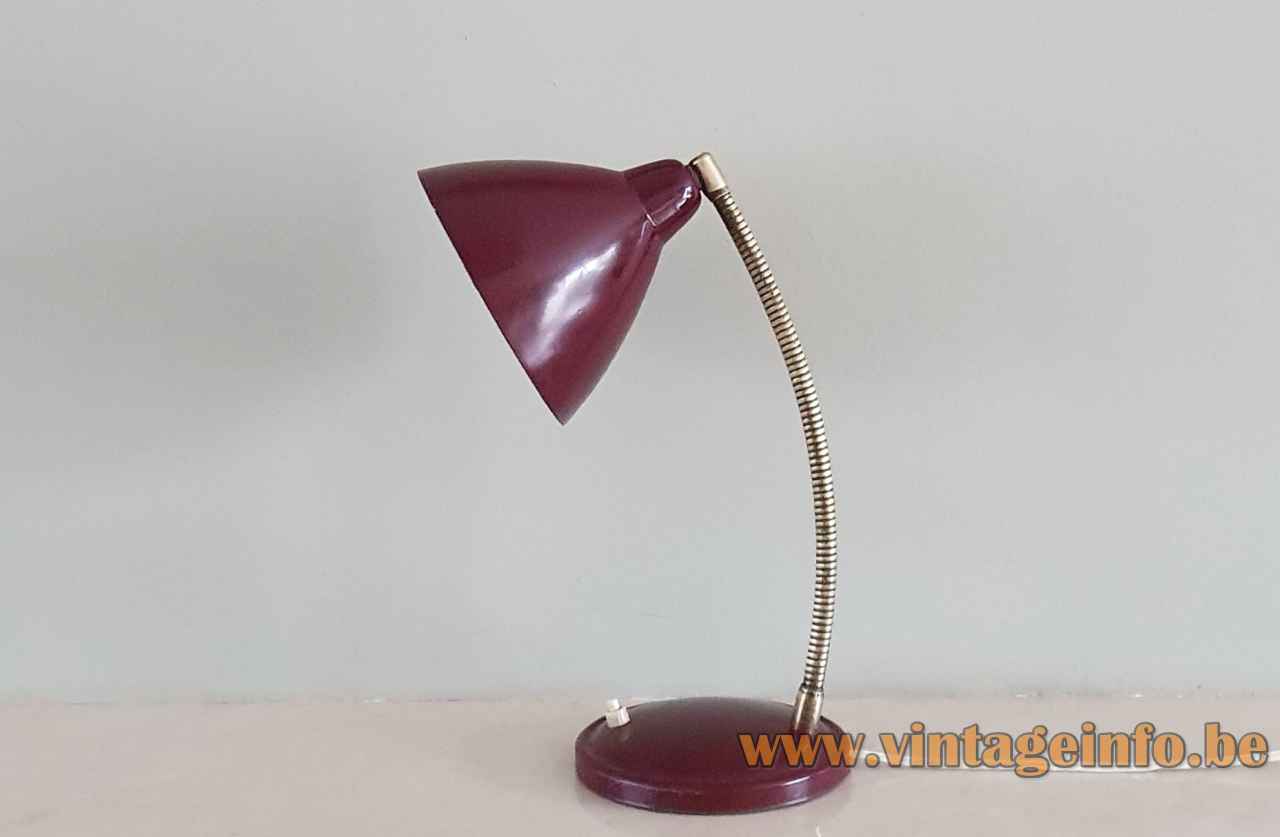 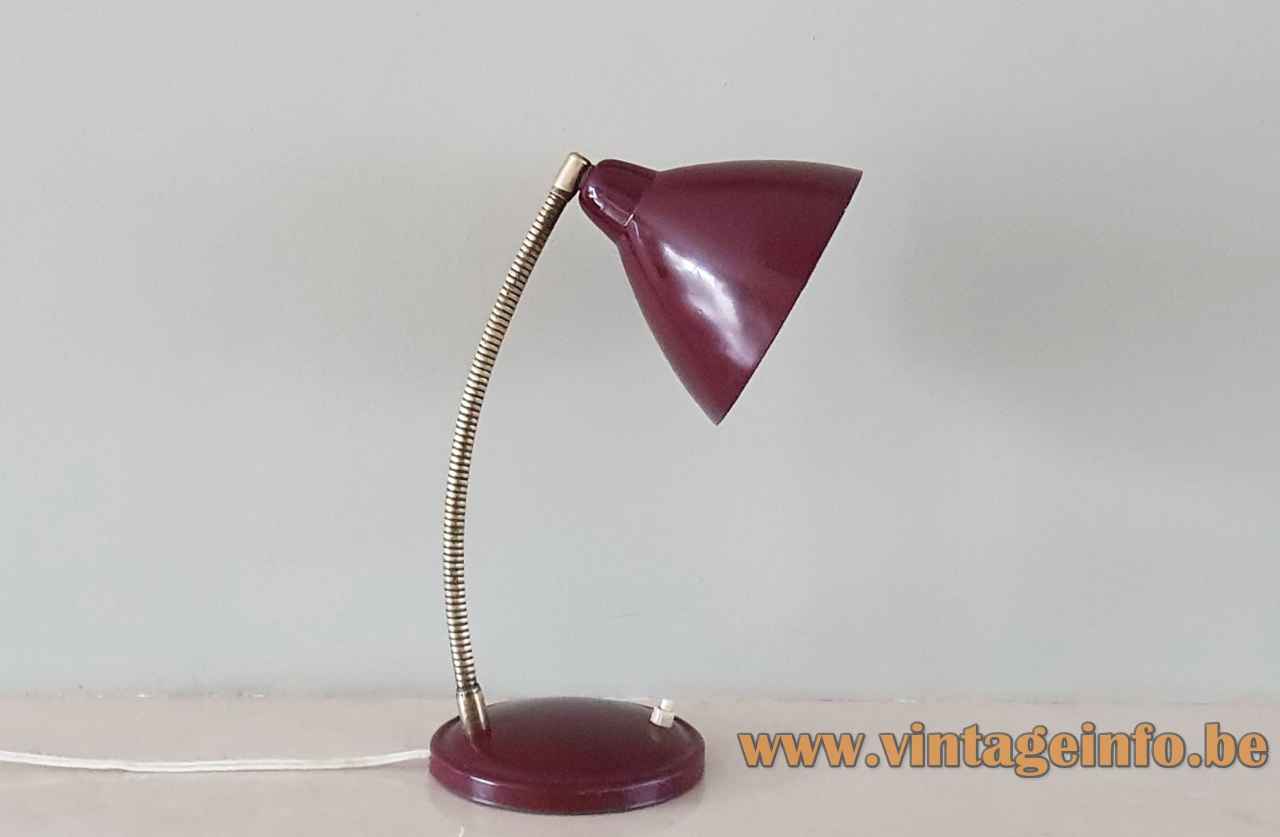 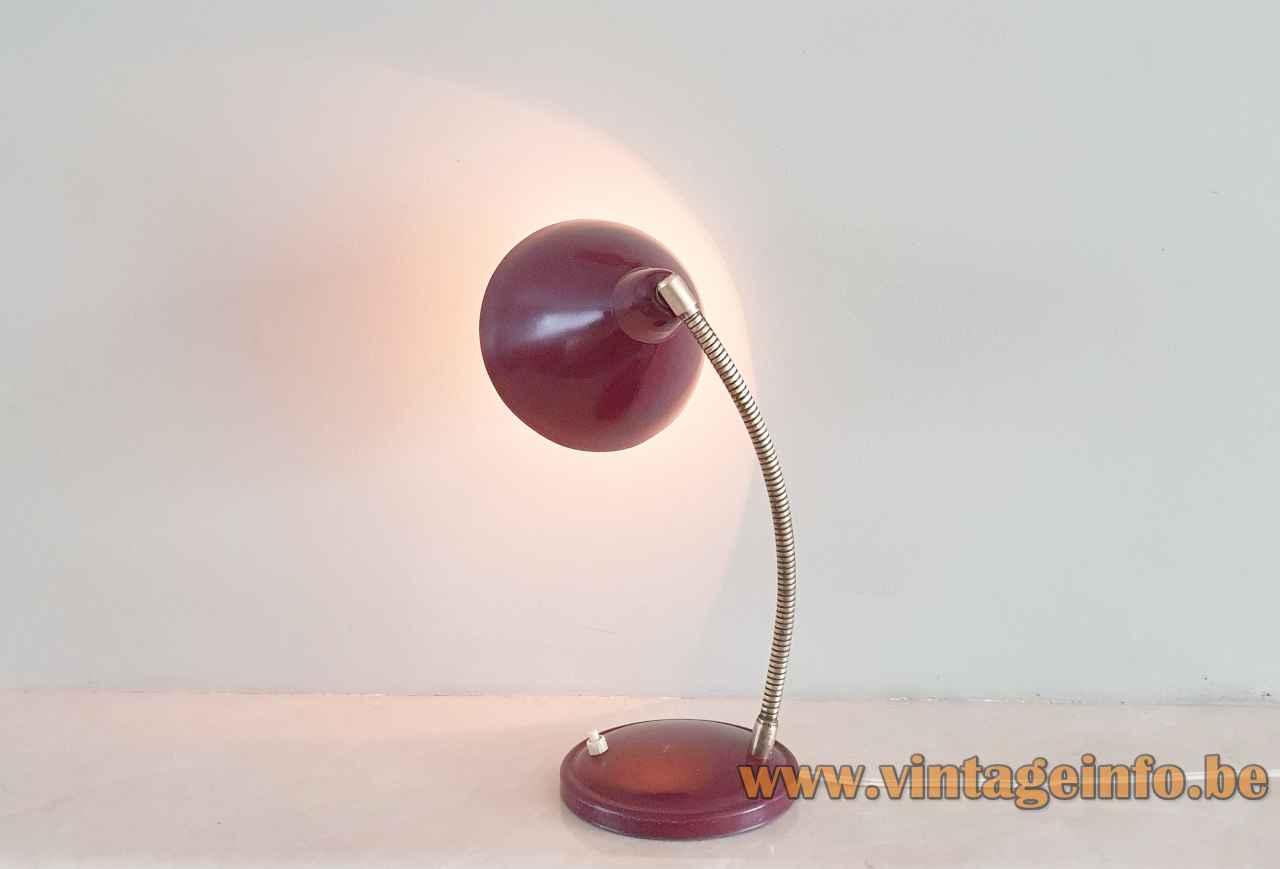 Other versions: This 1950s Aluminor desk lamp exists in several colours. It was also made with a brass gooseneck. This one is equipped with a maroon Bakelite plug.