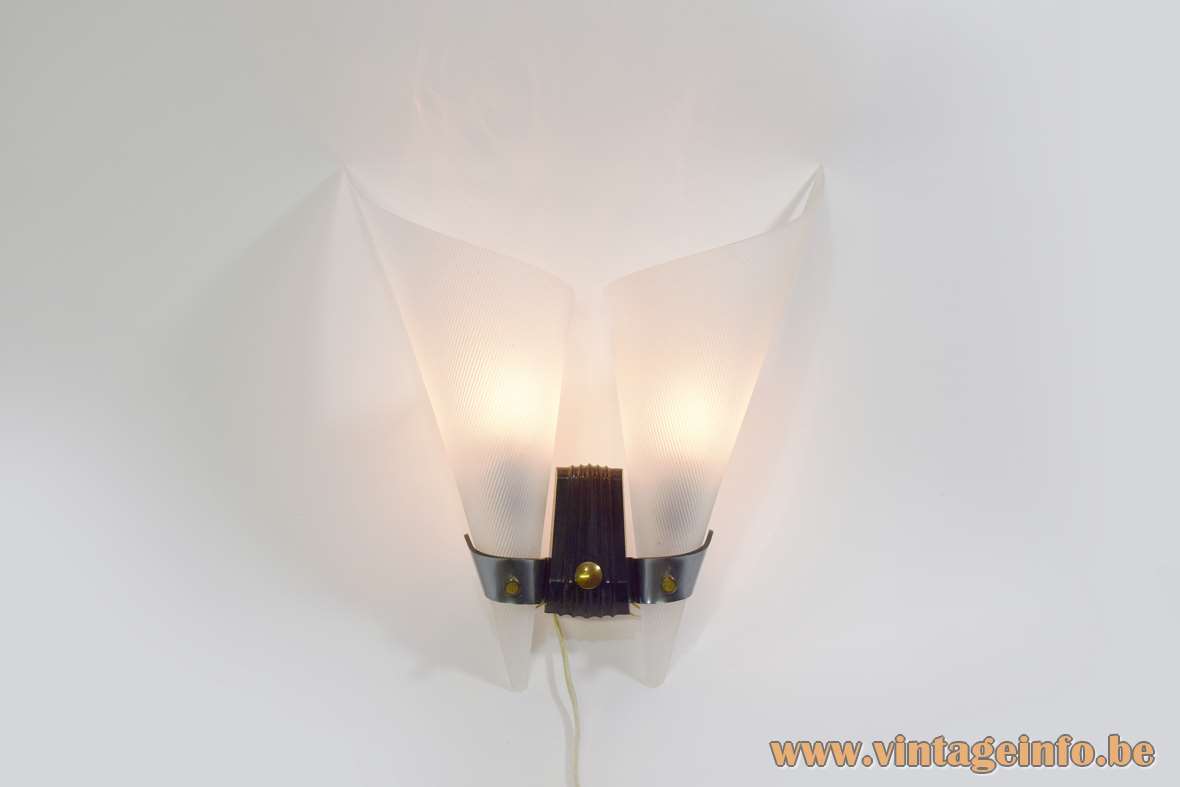 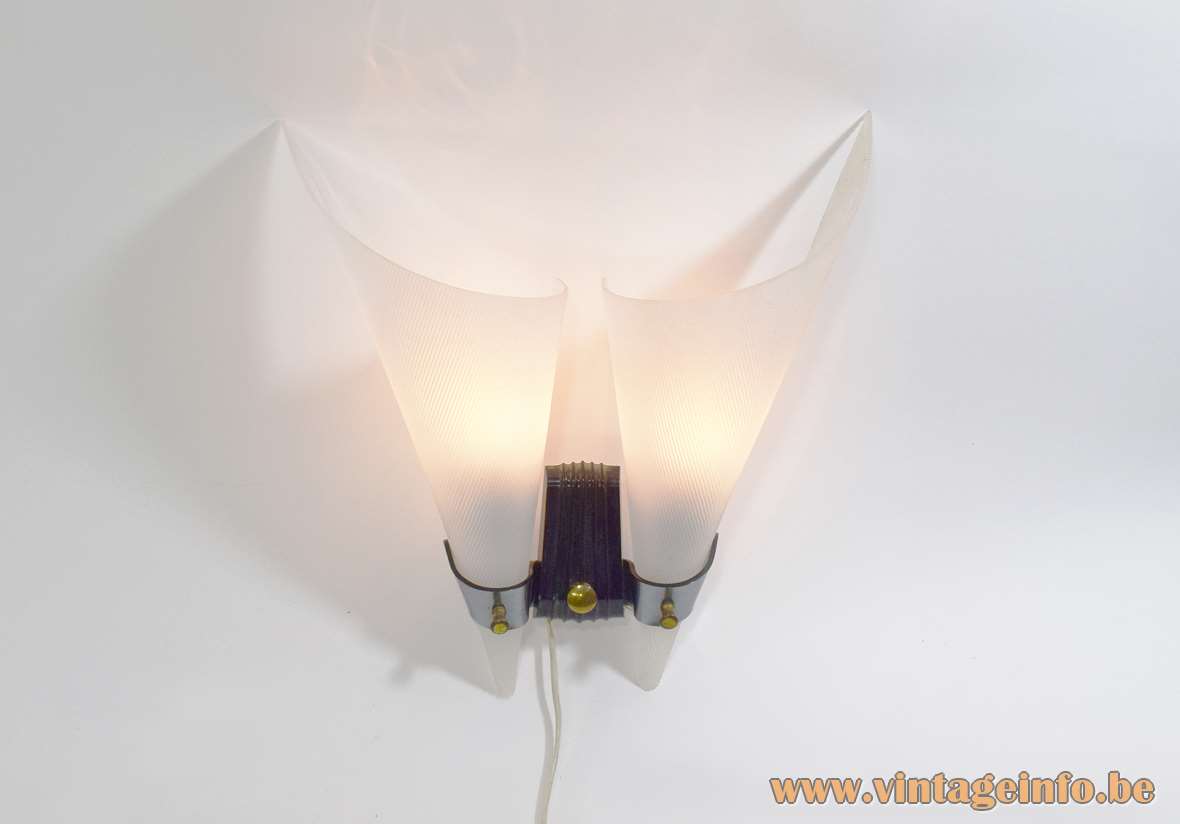 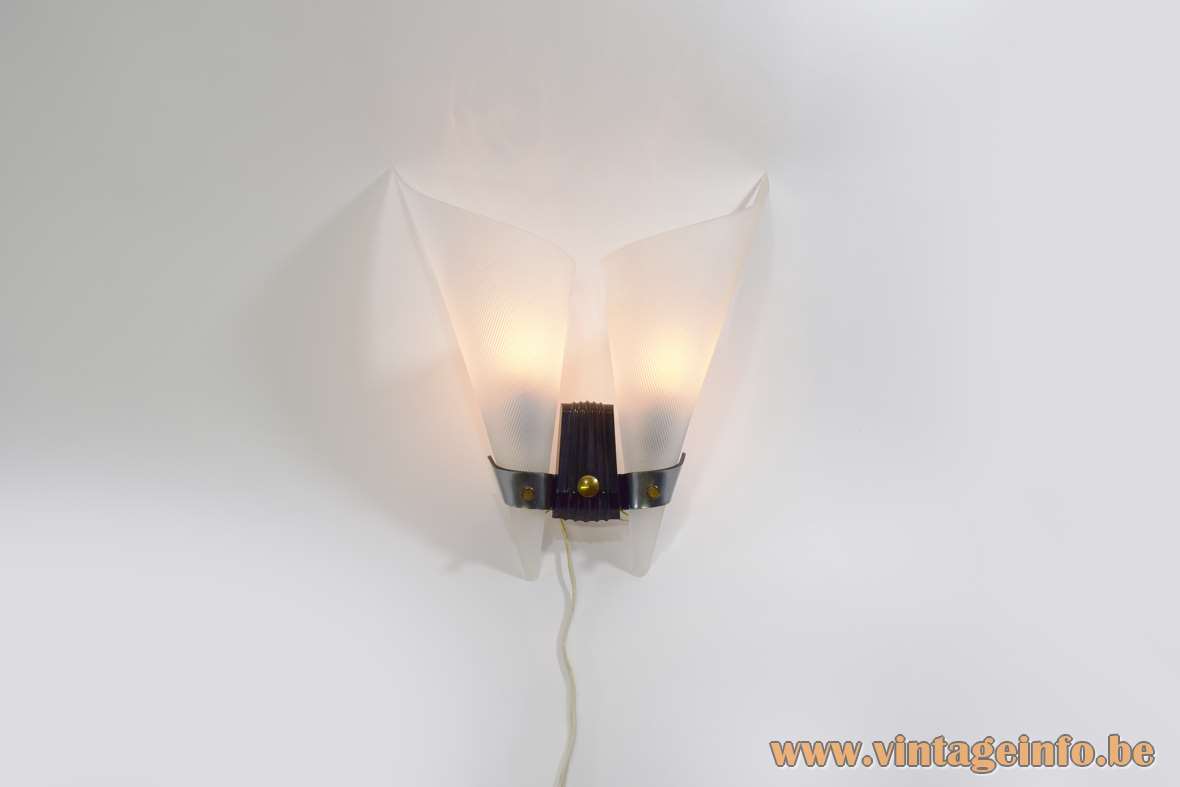 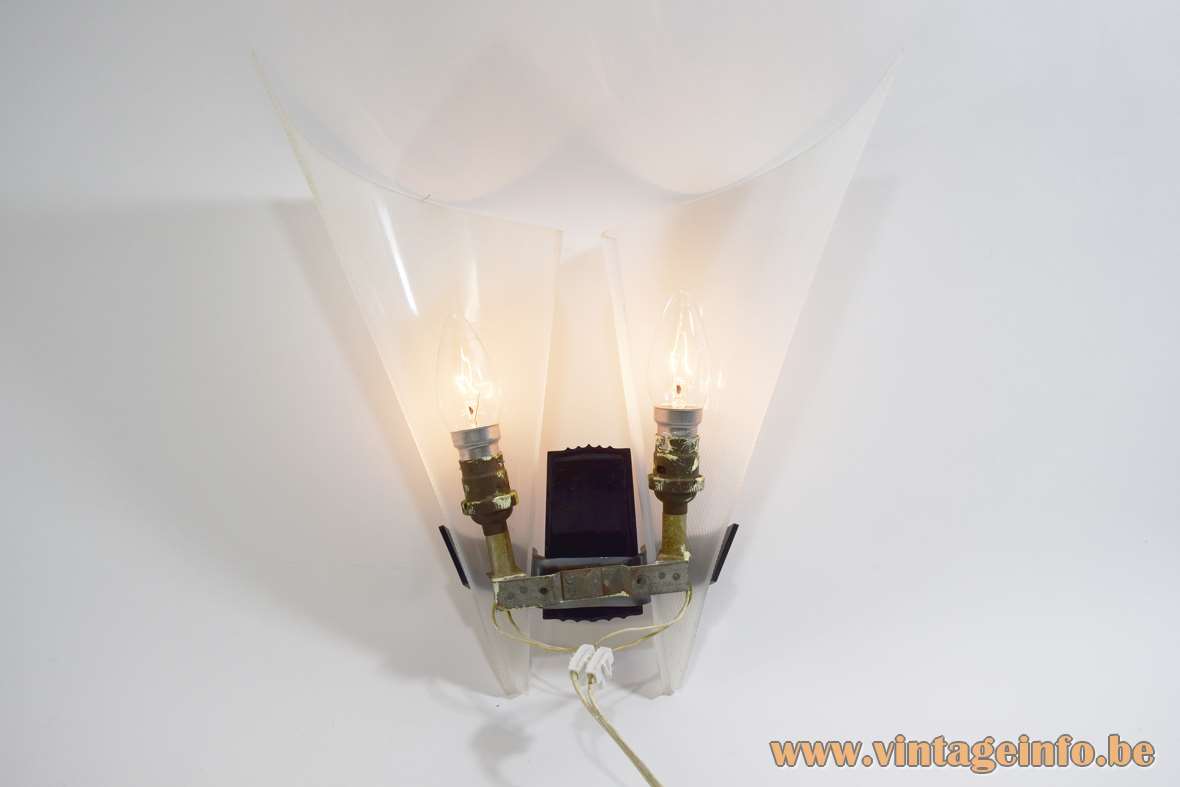 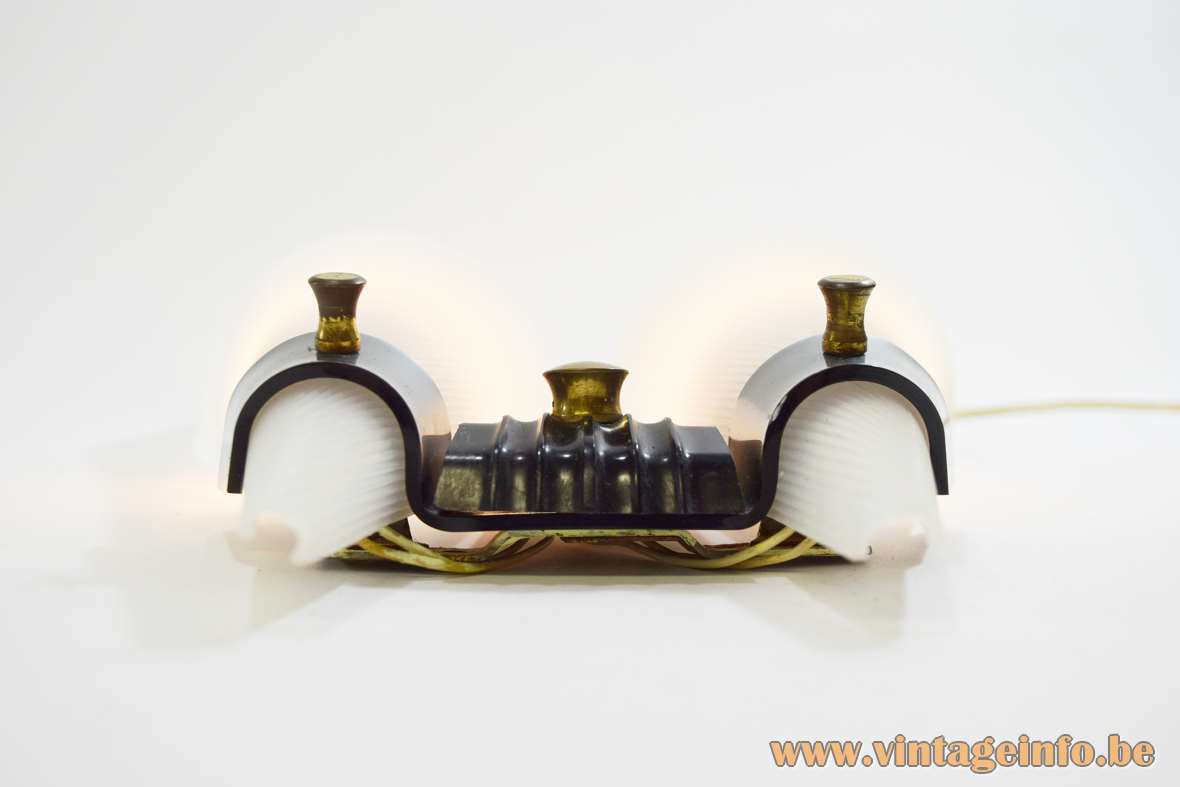 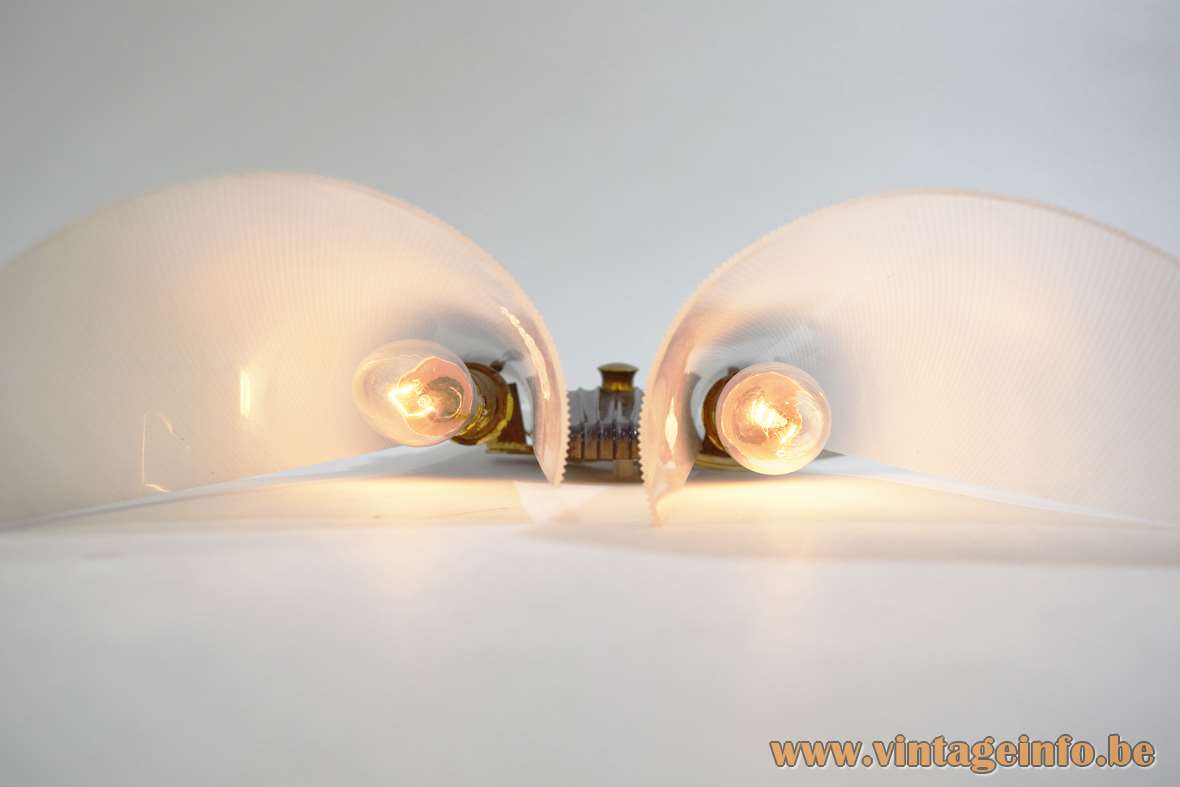 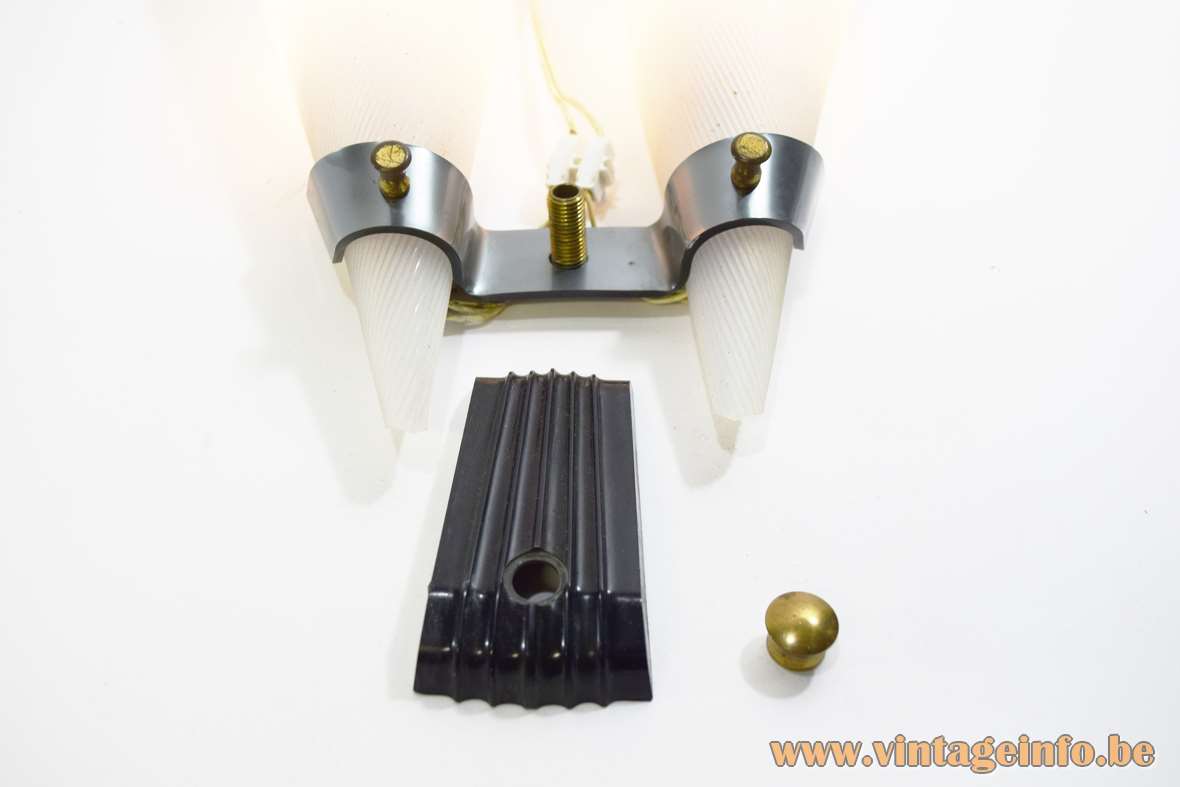 Other versions: It is unknown if this Rotaflex night fly wall lamp exists in other versions.

This wall lamp has 2 B22d sockets as used in France and the UK at that time.

German designer, sculptor and graphic artist Hanns Hoffmann-Lederer (1899-1970) created several wall lamps in this style in the 1950s for HL-Leuchten from Darmstadt, Germany. They were made in acrylic, the successor of cellulose acetate.

The ARP company did not last long. 3 years later in 1957, it ended business.

Rotaflex received several design awards, among others, iF Design awards for cellulose acetate pendant lamps in 1957. The company no longer exists.

A wall lamp in the same style was used as a prop in the British comedy film Take A Girl Like You from 1970. Starring Hayley Mills, Oliver Reed and Noel Harrison. The film is based on the 1960 novel with the same name. 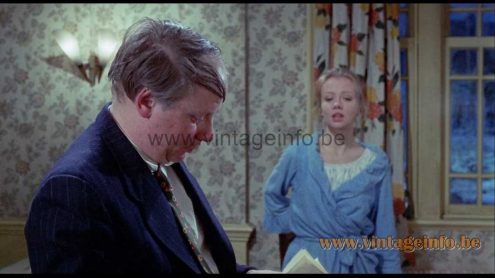