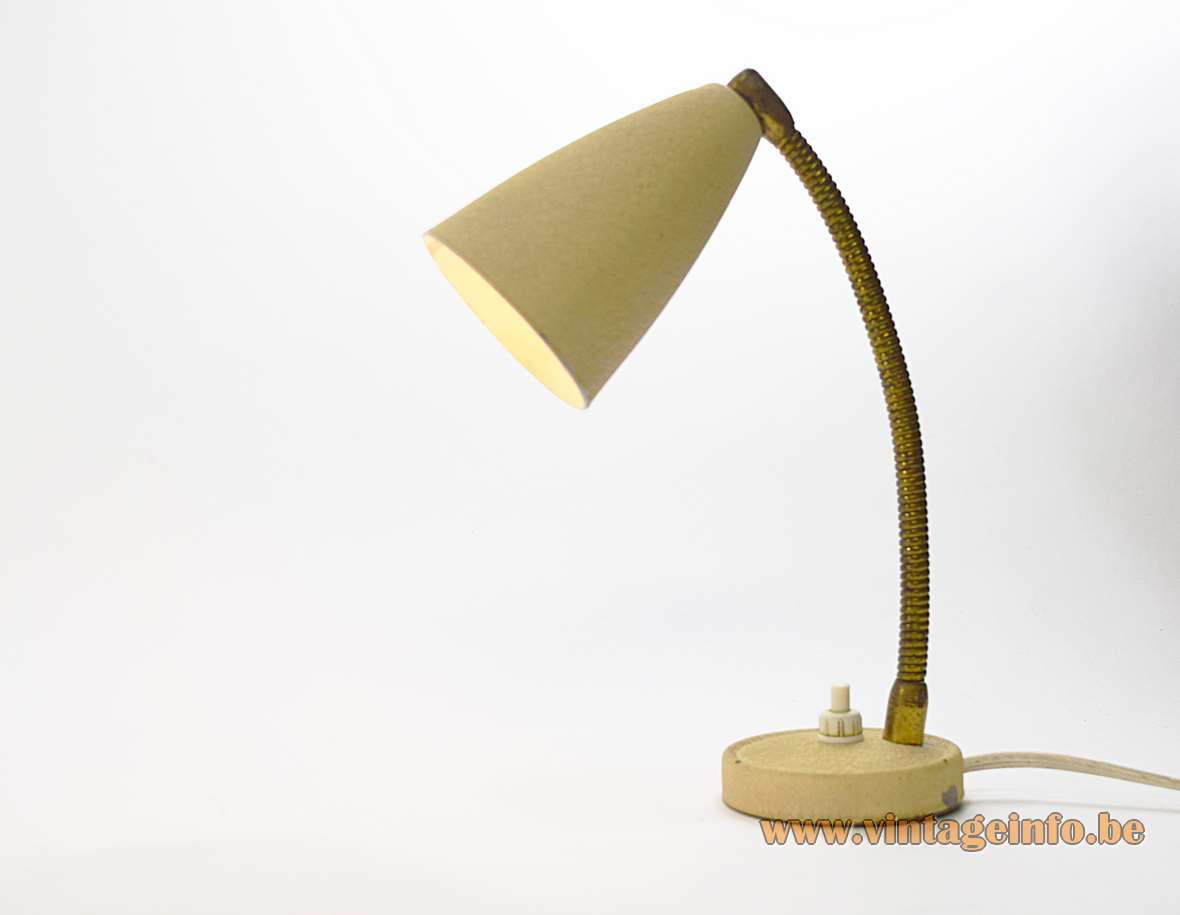 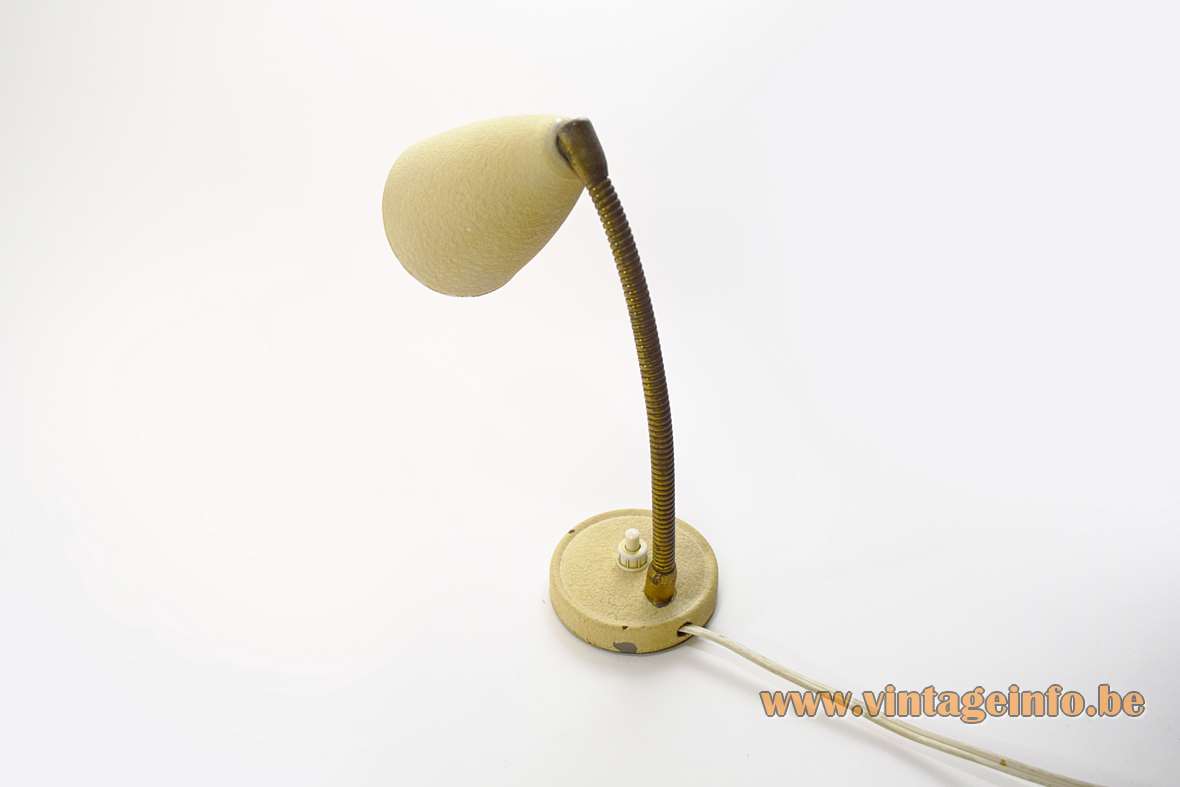 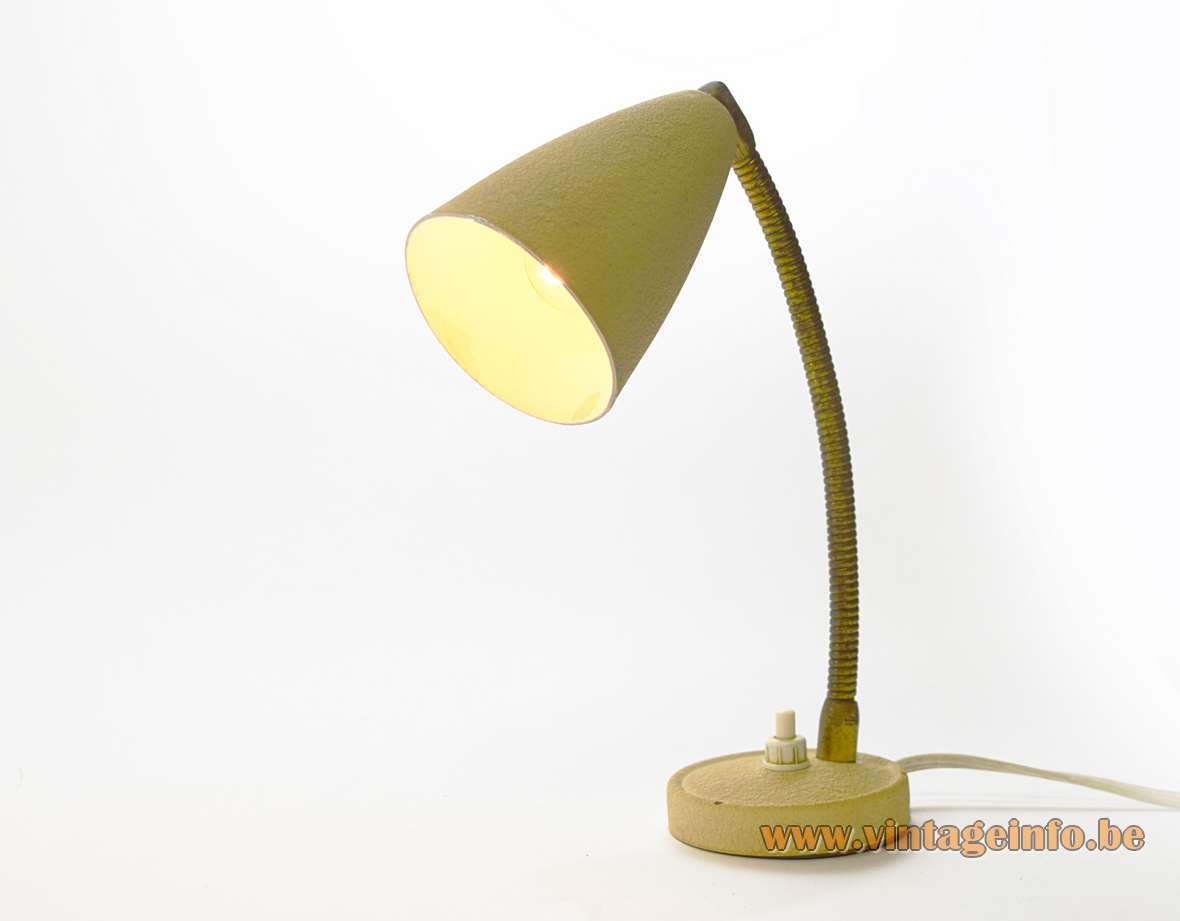 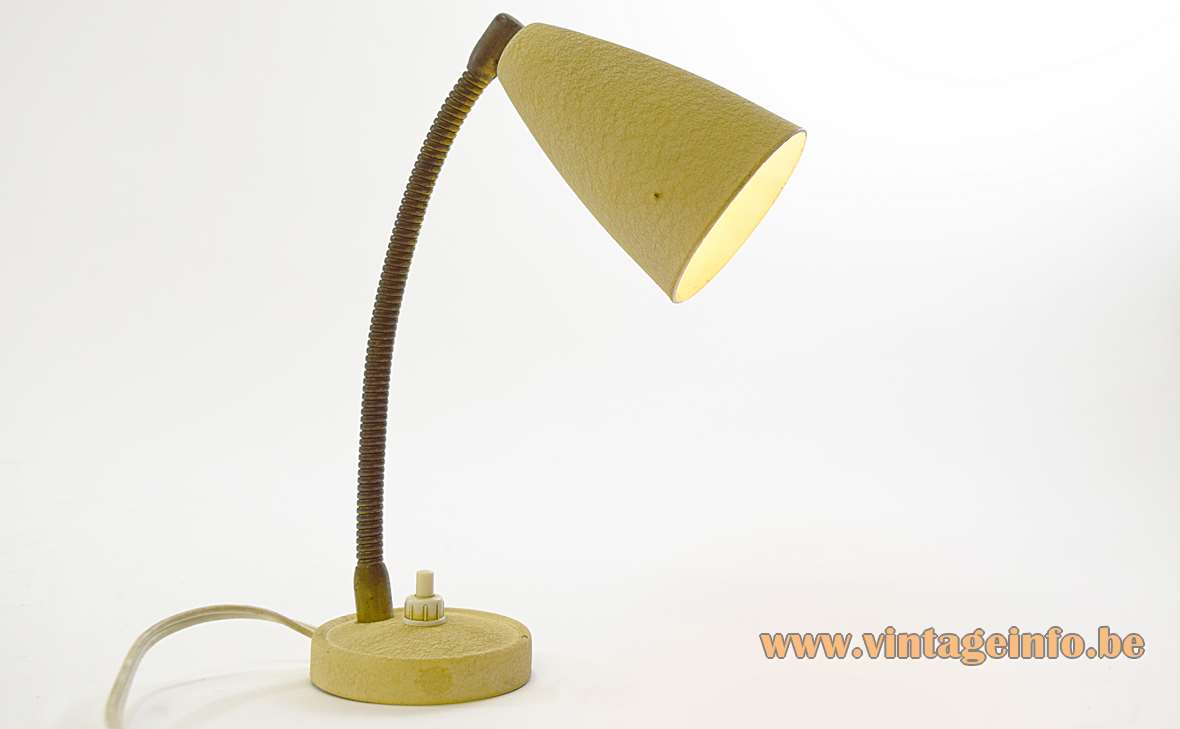 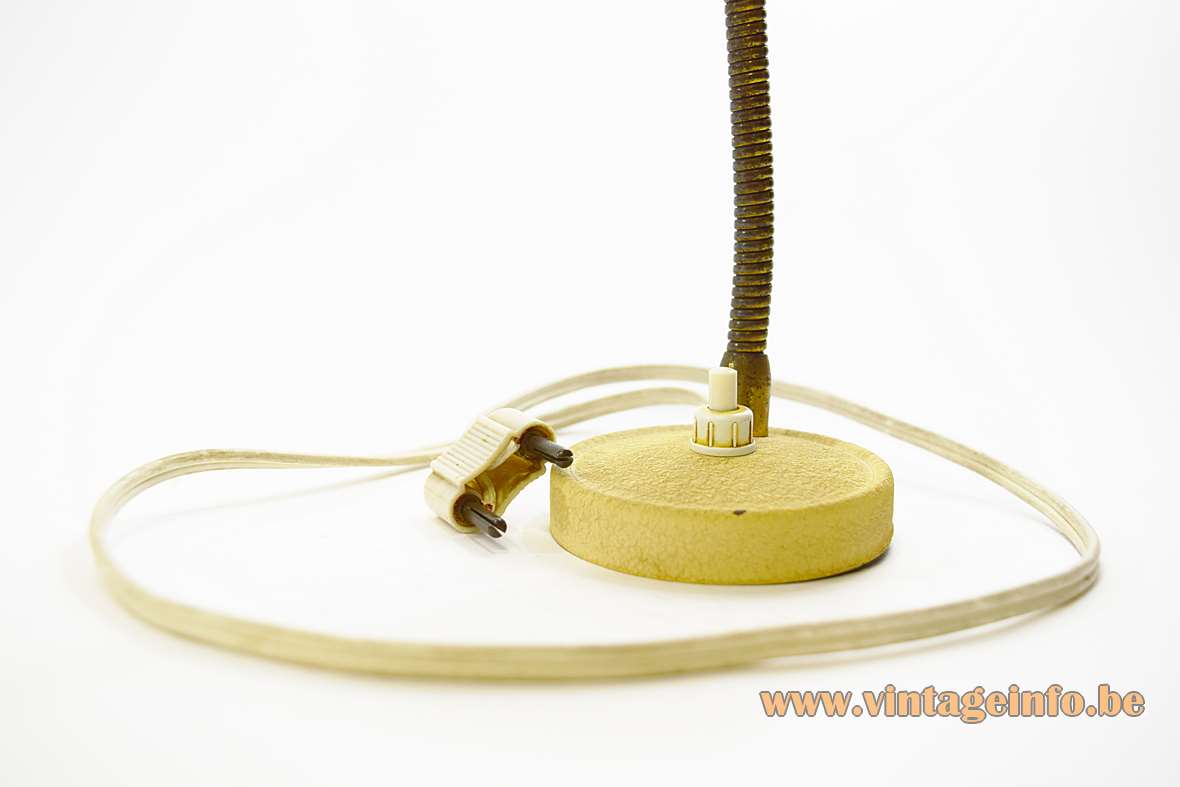 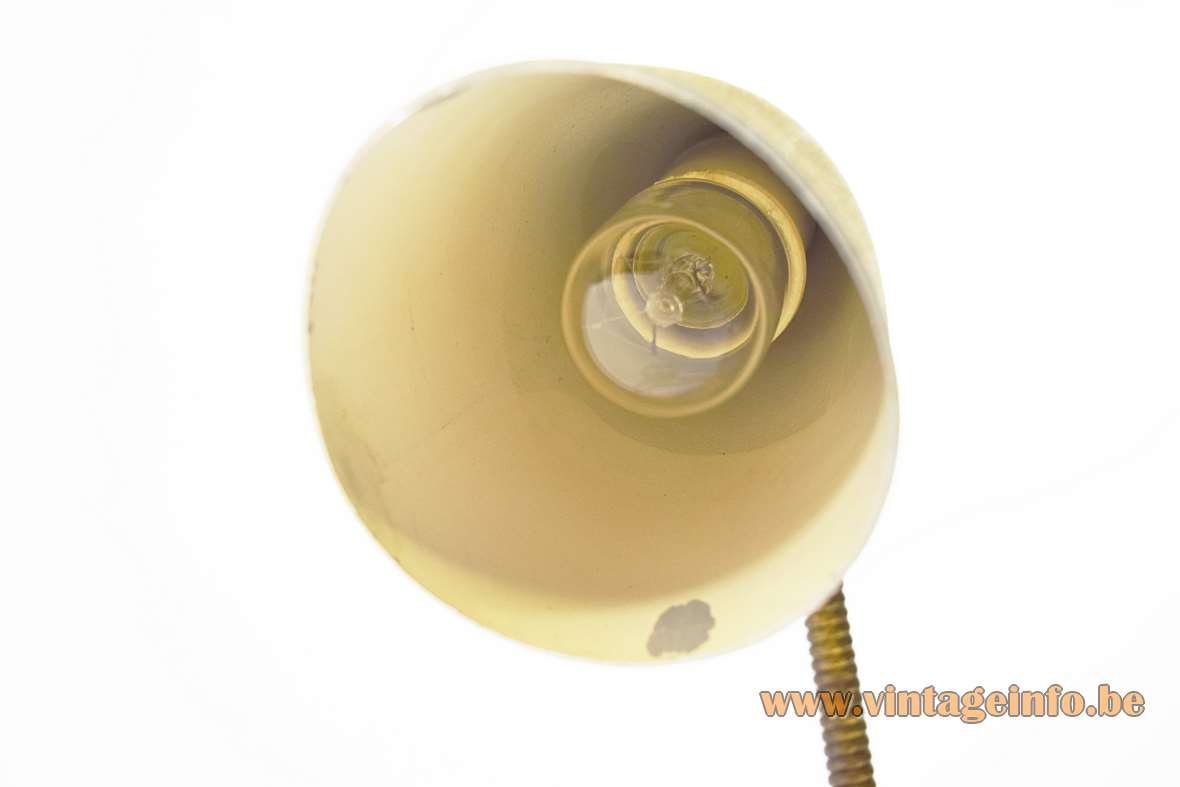 Other versions: This 1950s Aluminor bedside lamp exists in several varieties. Slight differences in the lampshade and made in many colours.

Big collection of 1950s/1960s table lamps in perfect condition, never used! These lamps came from a barracks on the Italian island of Sicily. They were the spare lamps for the recruits.