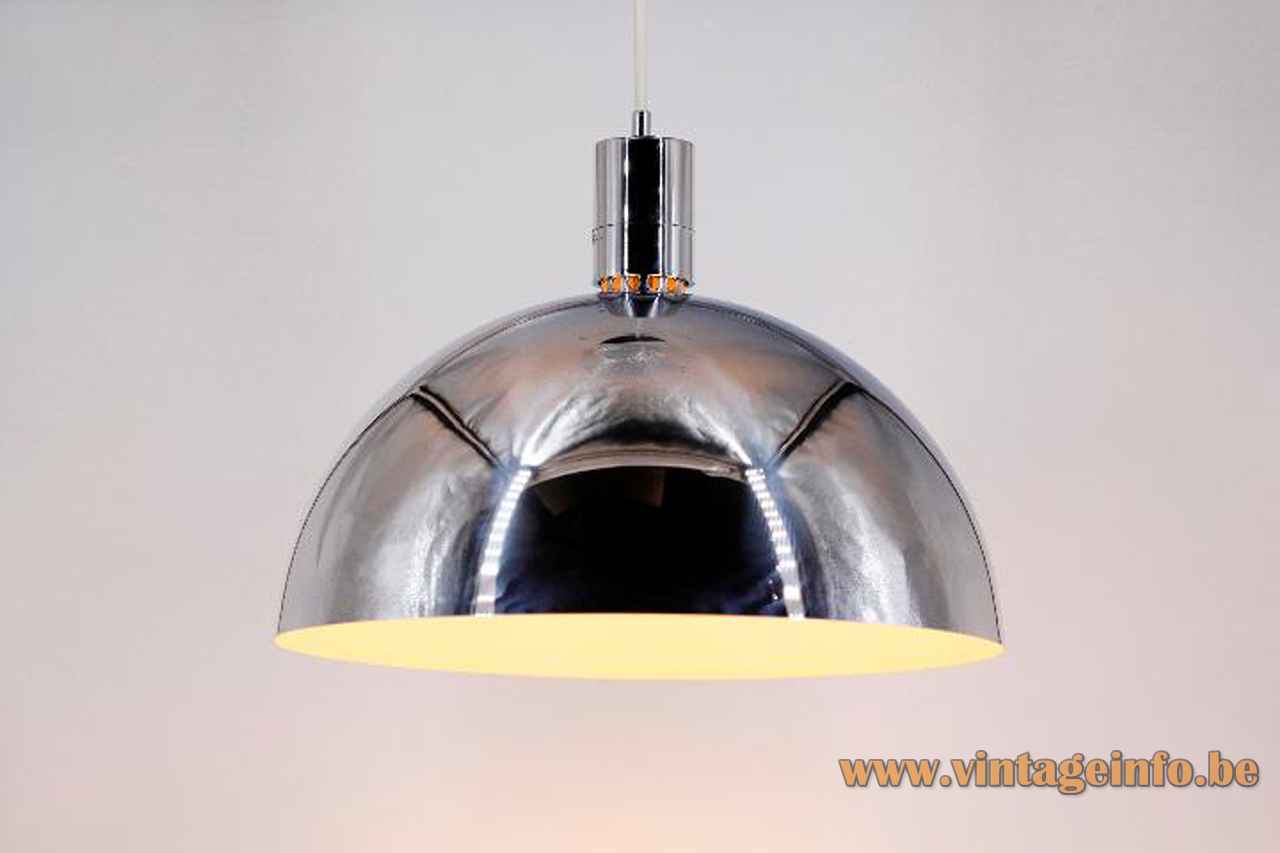 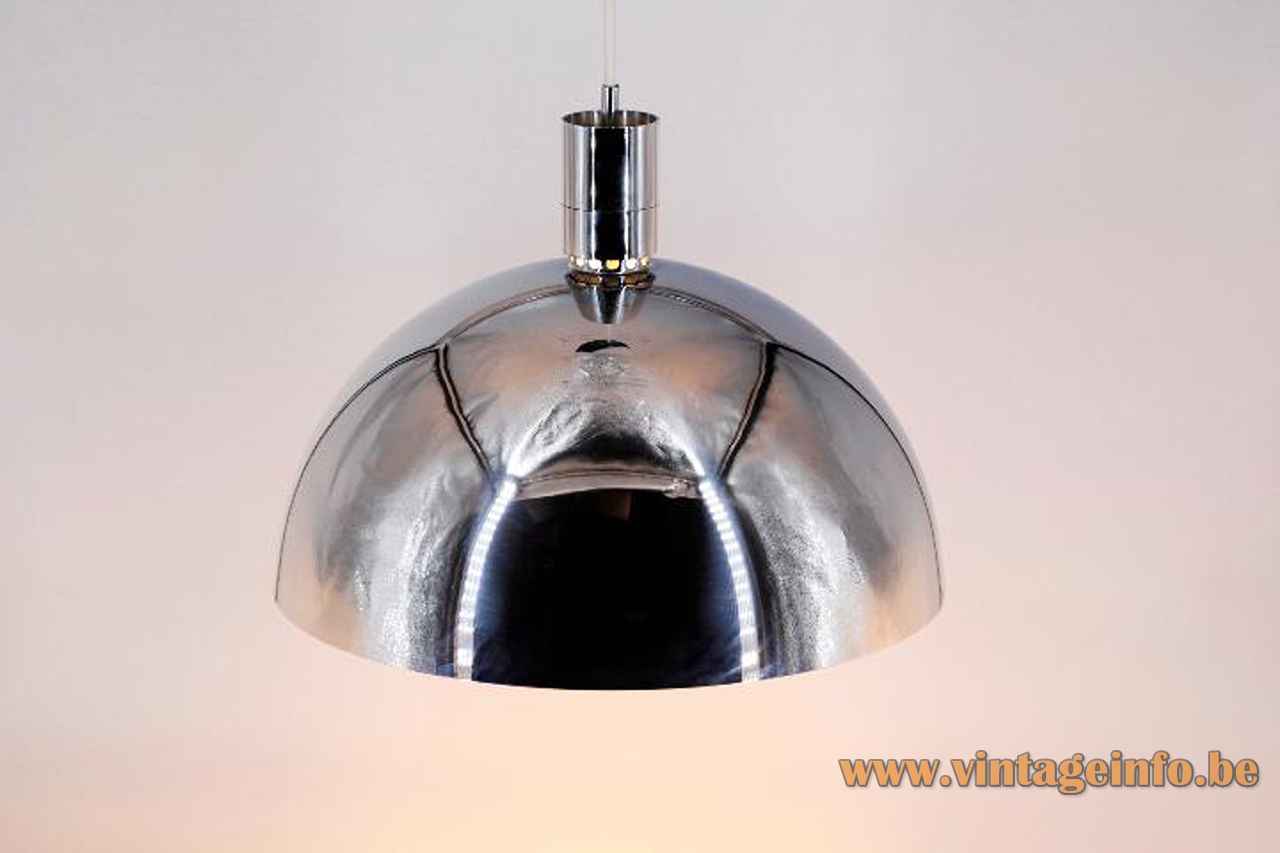 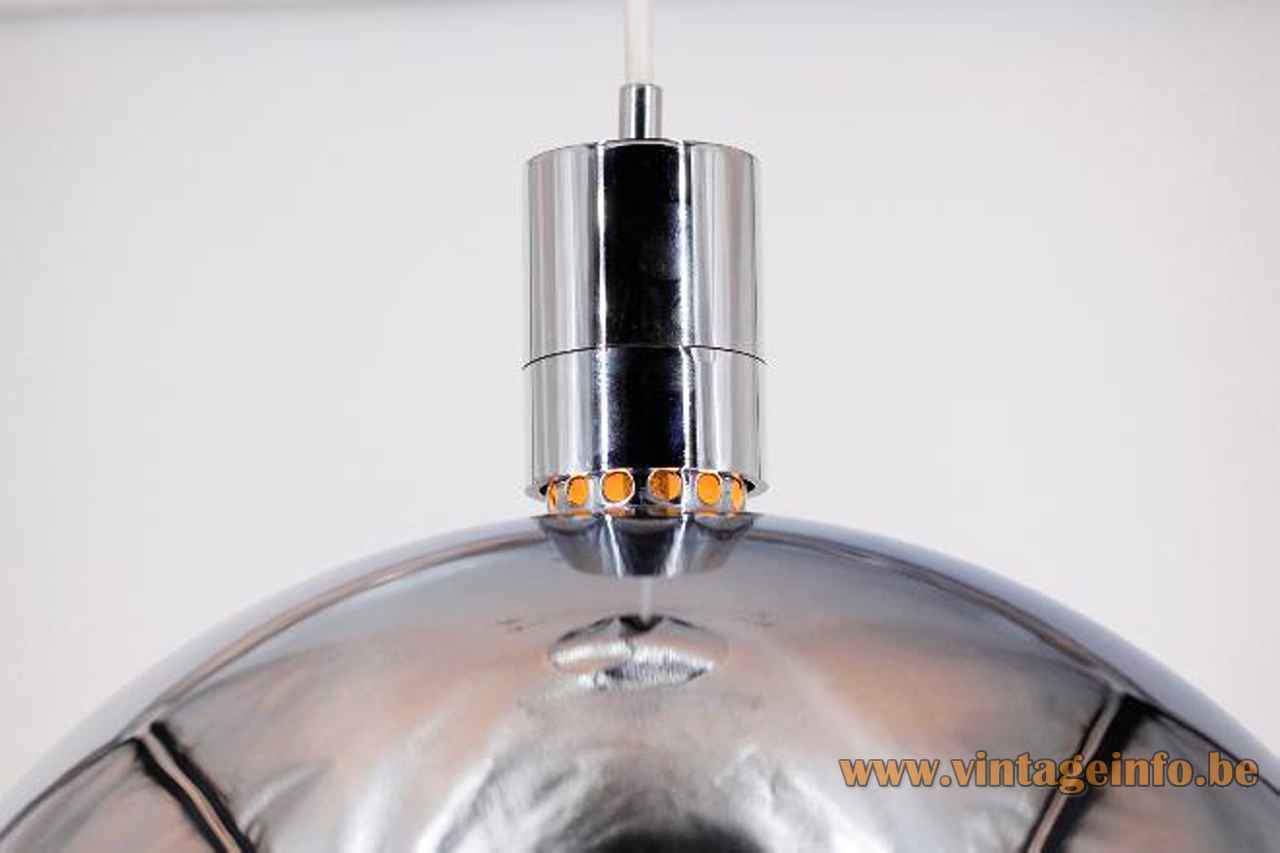 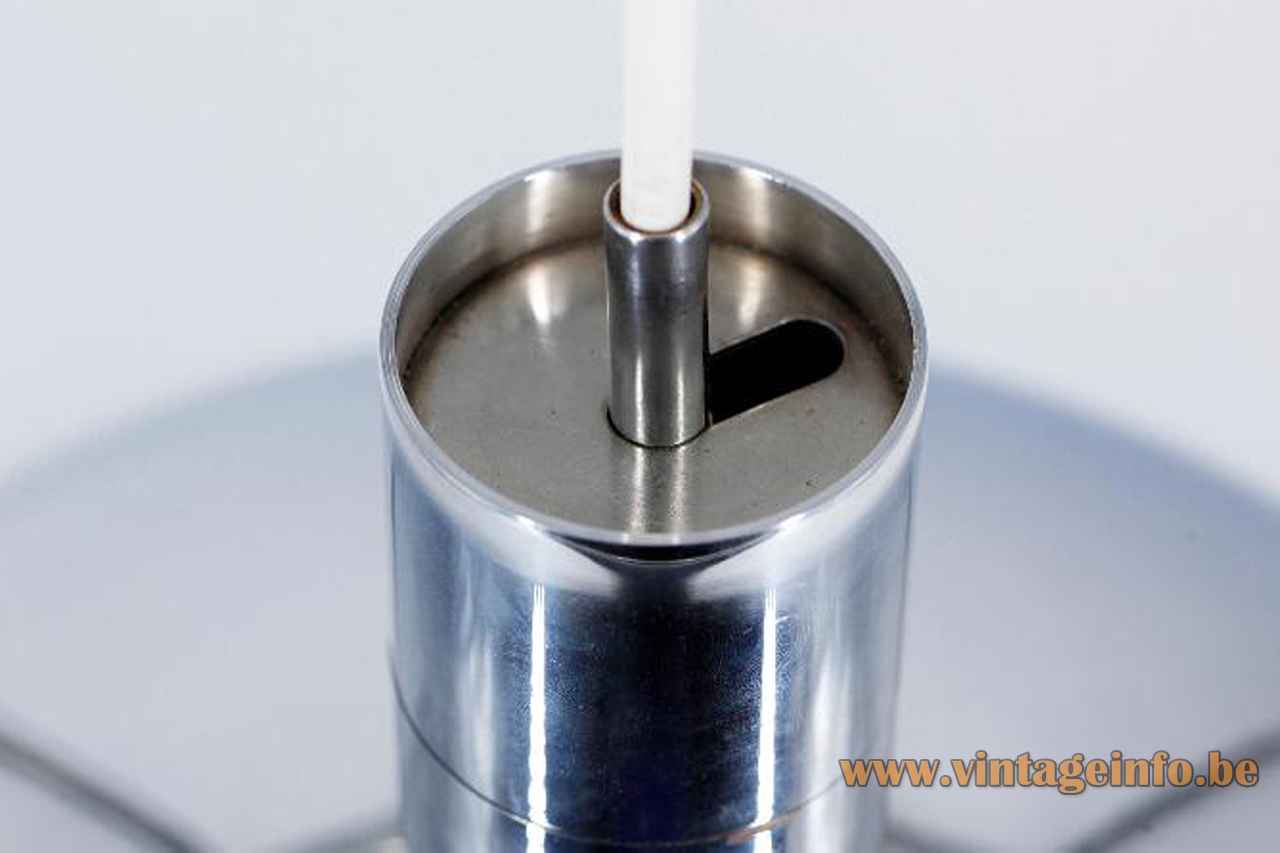 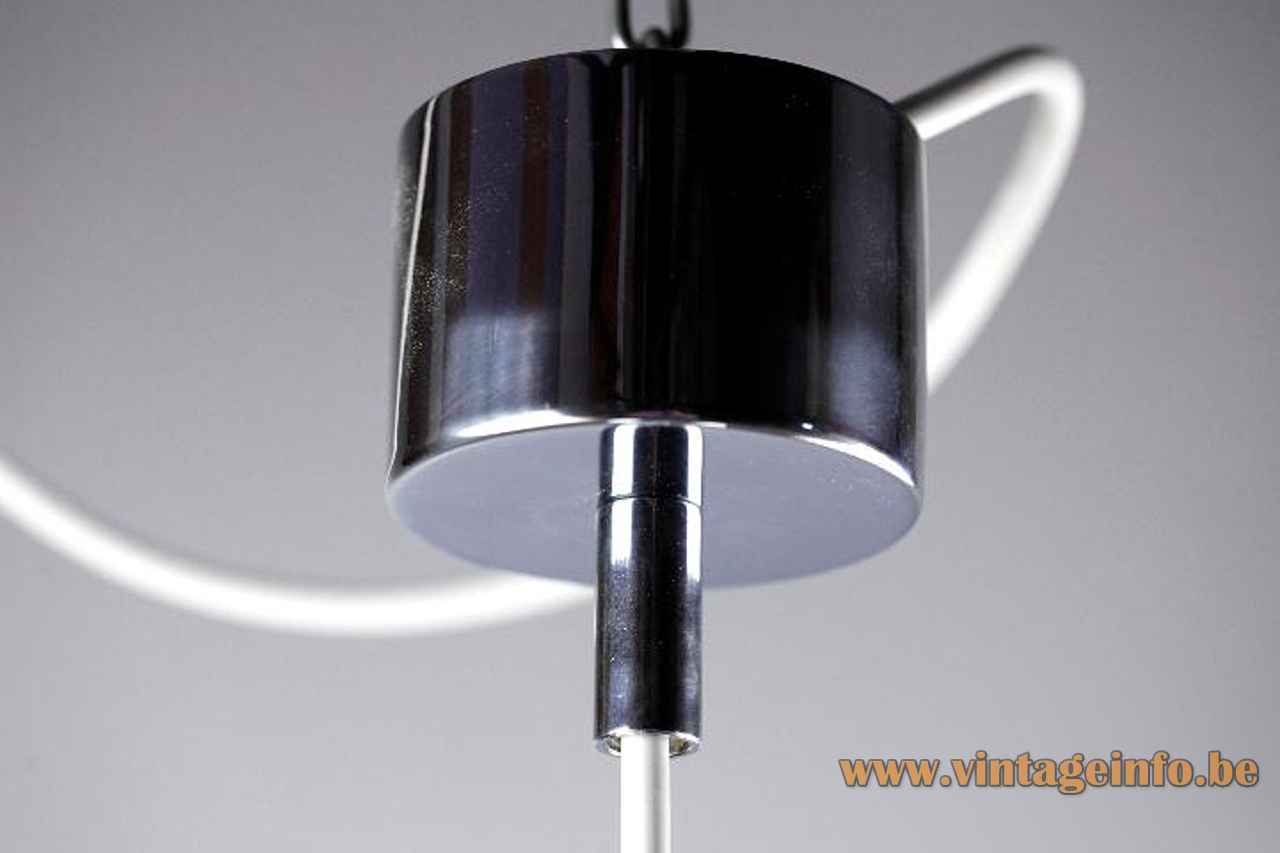 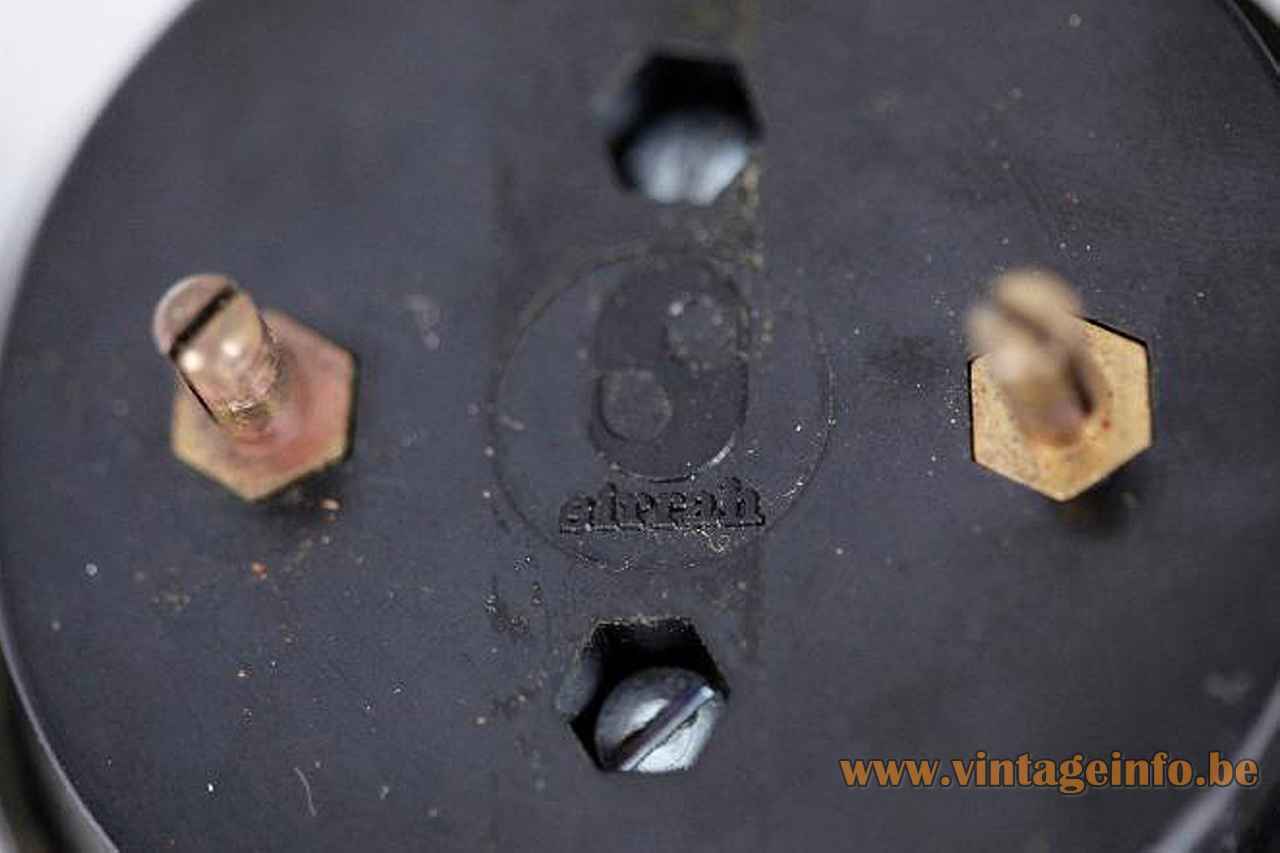 Two Franco Albini Sirrah table lamps were used as a prop in the 2019 Italian thriller film Into the Labyrinth. Starring Dustin Hoffman,Toni Servillo and Valentina Bellè.

A Franco Albini Sirrah table lamp was used as a table lamp in the 2021 American biographical crime drama film House of Gucci. Starring: Al Pacino, Lady Gaga, Adam Driver and several other famous stars. Many other beautiful lamps appear in this movie. But sometimes time travellers pass by. For example, a lady is playing on the dance floor in a disco in the 70s with a plastic LED globe lamp that changes colour all the time. Some recent Chinese gadget. LED already existed, but could not change colour yet.

Other versions: This Franco Albini Sirrah pendant lamp also exists with a rise & fall mechanism and an acrylic lampshade. This lamp is part of the AM/AS lamp series. Made in many versions. Floor lamps, table lamps, wall lamps, several different lampshades, and so on.

Franco Albini, born 17 Oktober 1905 in Robbiate, near Milan, Italy, was an architect and designer. Albini graduated in architecture at the Politecnico di Milano University (Polytechnic University of Milan) in 1929 and began his career with Gio Ponti. In 1930 he started his own company.

One of his first successful works in 1939 was a translucent radio in glass to show its internal components. In 1964 he created various lamps for Arteluce. From 1964 to 1977 he taught design at the Milan Polytechnic University. Franco Albini passed away, 1 November 1977.

Franca Helg, born 21 February 1920 in Milan, Italy, was a designer and architect. She worked with Franco Albini from 1945 until his death in 1977. Together with Bob Noorda the trio received the prestigious Compasso d’Oro award for the Metropolitana di Milano project (the Milan Metro) in 1964. Franca Helg passed away, 4 June 1989 in Milan.

Antonio Piva, born in Padua, Italy in 1936, designed, among other things, numerous museums in Italy and abroad. He worked for many designs with Franca Helg and Franco Albini at the Albini-Helg-Piva Studio. He was also professor of Architectural Design at the Politecnico di Milano and published many books.

Sirrah srl is a lighting company from Imola and Recanati, Italy, founded in Imola in 1968. The company is named after a star in the Andromeda constellation.

The first lamps of the company were a design by the trio. Industrial production began while maintaining the artisan characteristics of the products unaltered: refinement and extreme attention to detail.

In 1973 Kazuhide Takahama designed several lamps with a heat-resistant, elastic and washable fabric with names such as Saori, Kaori, Kazuki and so on.

Colaboration began in the 1970s with Dino Gavina: the table lamps “La Lune sous le chapeau” designed by Man Ray in 1974 and “Garbo” date back to this period.

In 1994, after the acquisition of Sirrah by iGuzzini, the focus shifted decisively towards the production of lighting fixtures for specific market sectors. From June 2004 Sirrah was incorporated, through a merger, to iGuzzini illuminazione.

COOP is a French cooperative store chain. They probably used this lamp for decorating their catalogue. 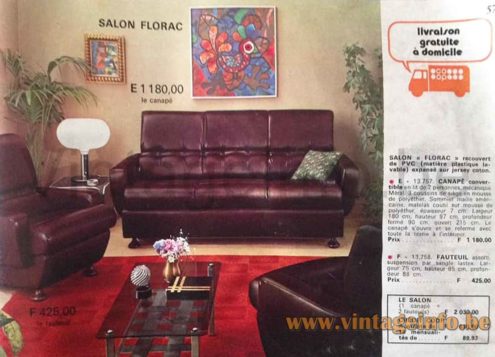 Brand van Egmond Square Hollywood Chandelier
AV Mazzega Red & White Globe Table Lamps
Peill + Putzler Red Rim Pendant Lamp
Joe Colombo Spider Floor Lamp
Vintageinfo uses cookies to improve the functioning of this website. First party cookies (cookies for our statistics) and the “Last Viewed” cookie is obvious. The other cookies are from Google. Nothing to be worried about, but we have to mention it. You can opt-out or block the cookies, no problem, the website will be available, only the “Last viewed” items won’t be visible.Accept Read More
Privacy & Cookies Policy