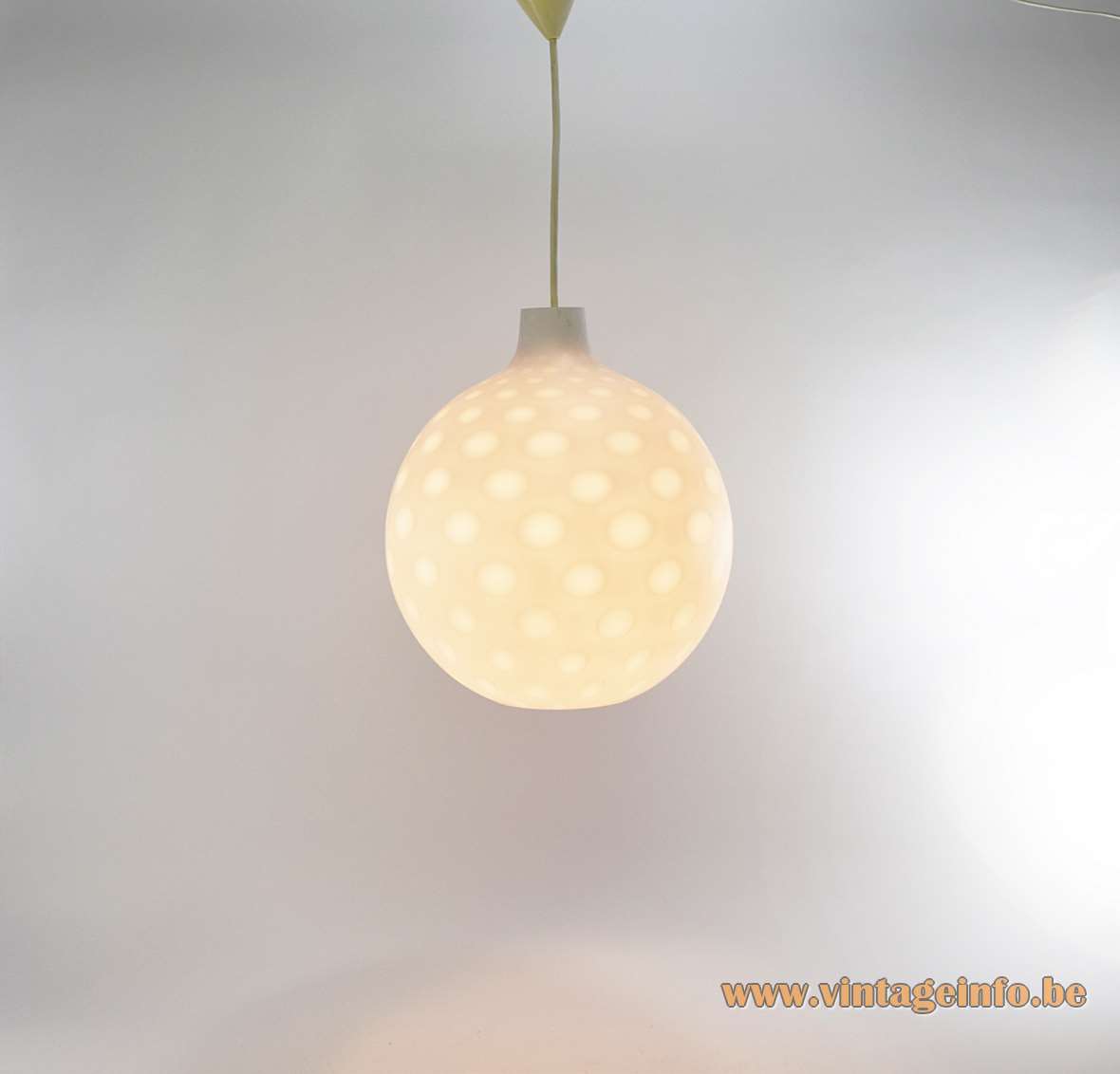 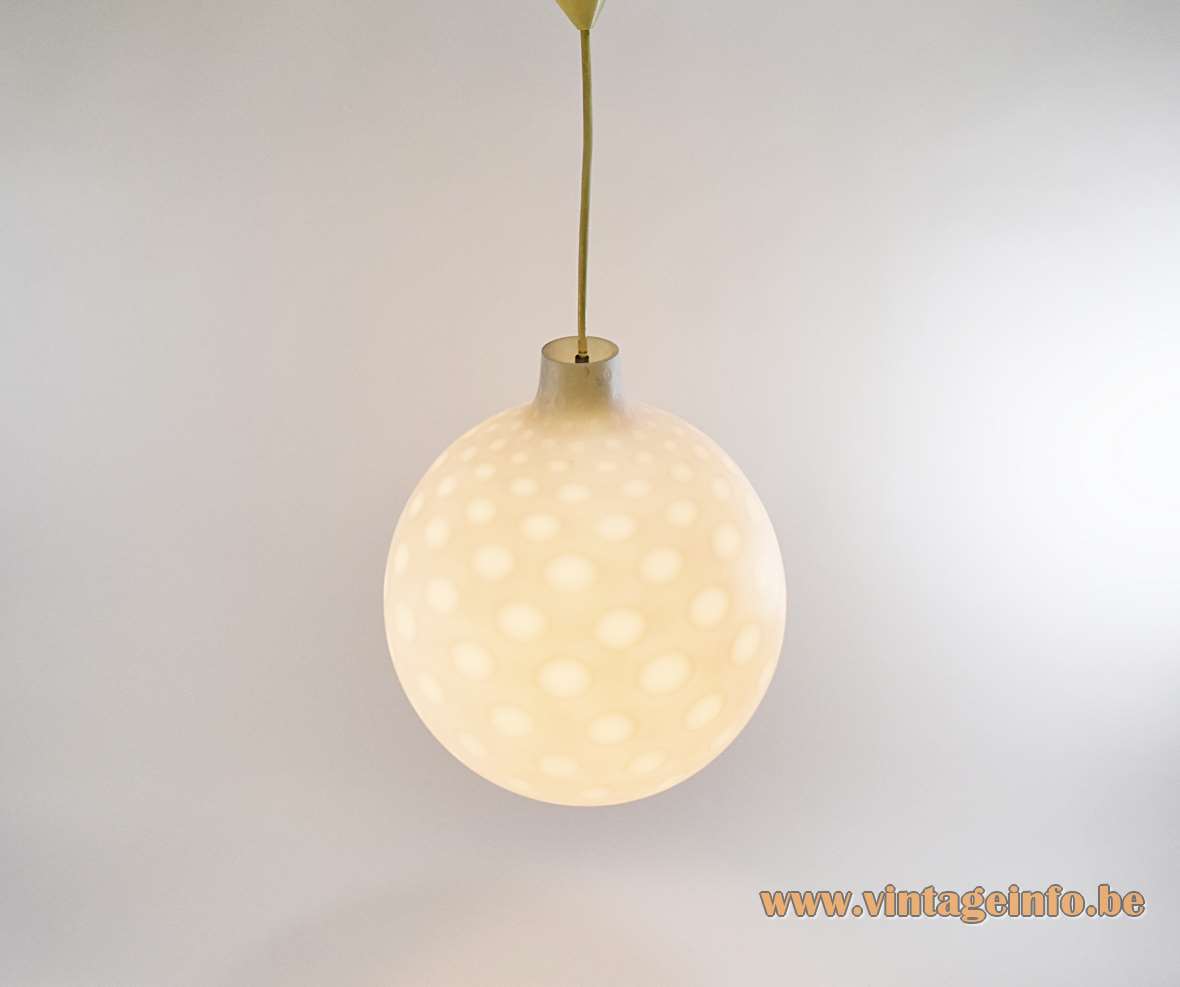 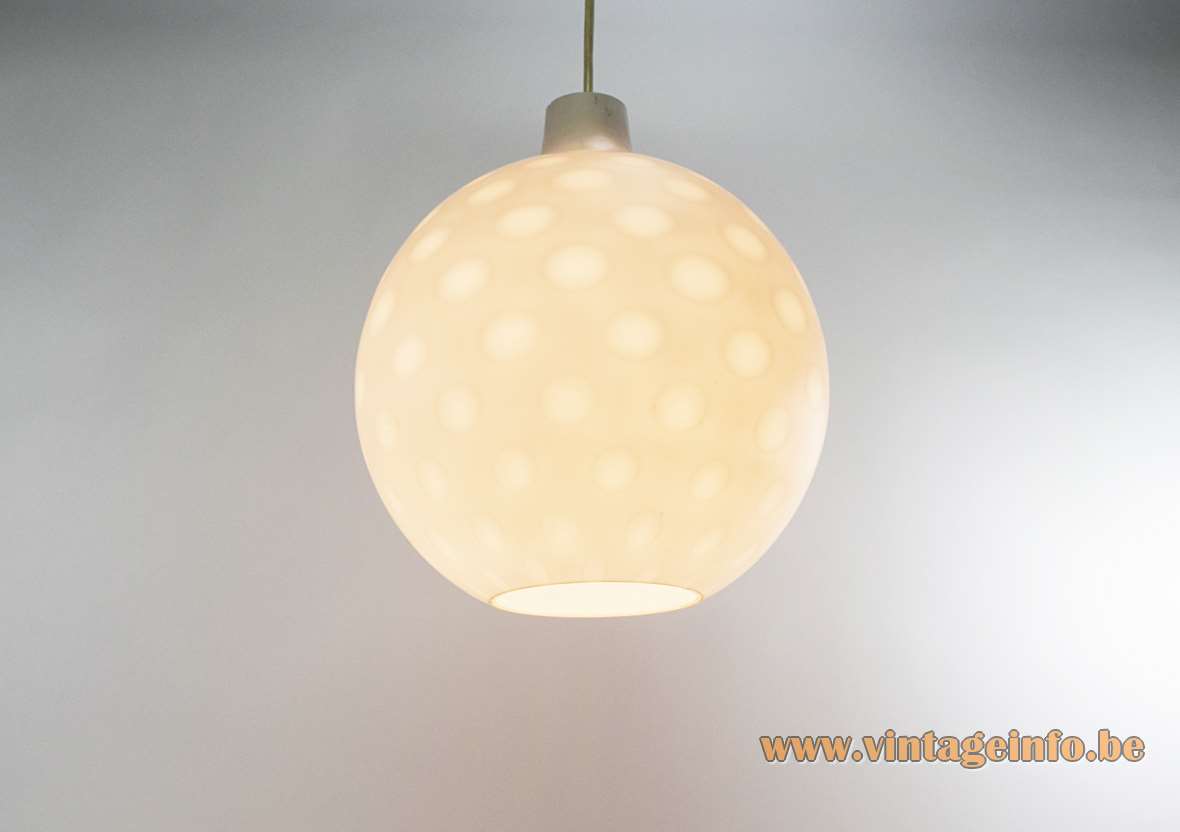 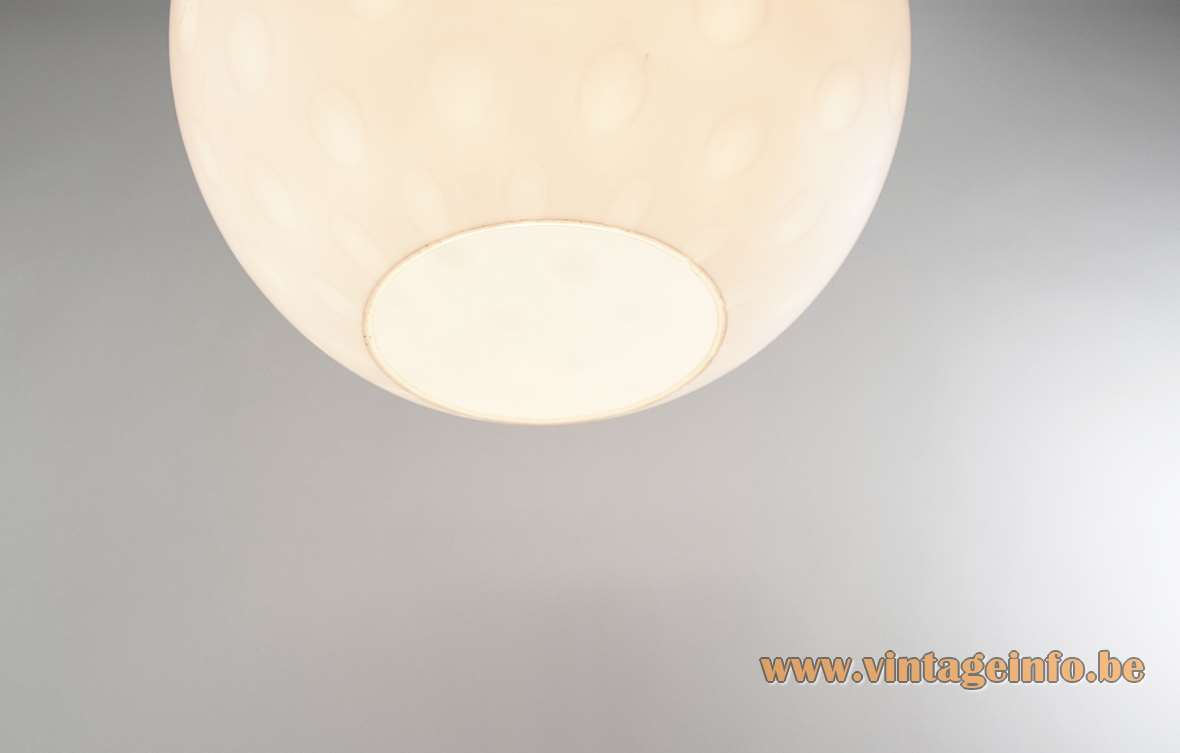 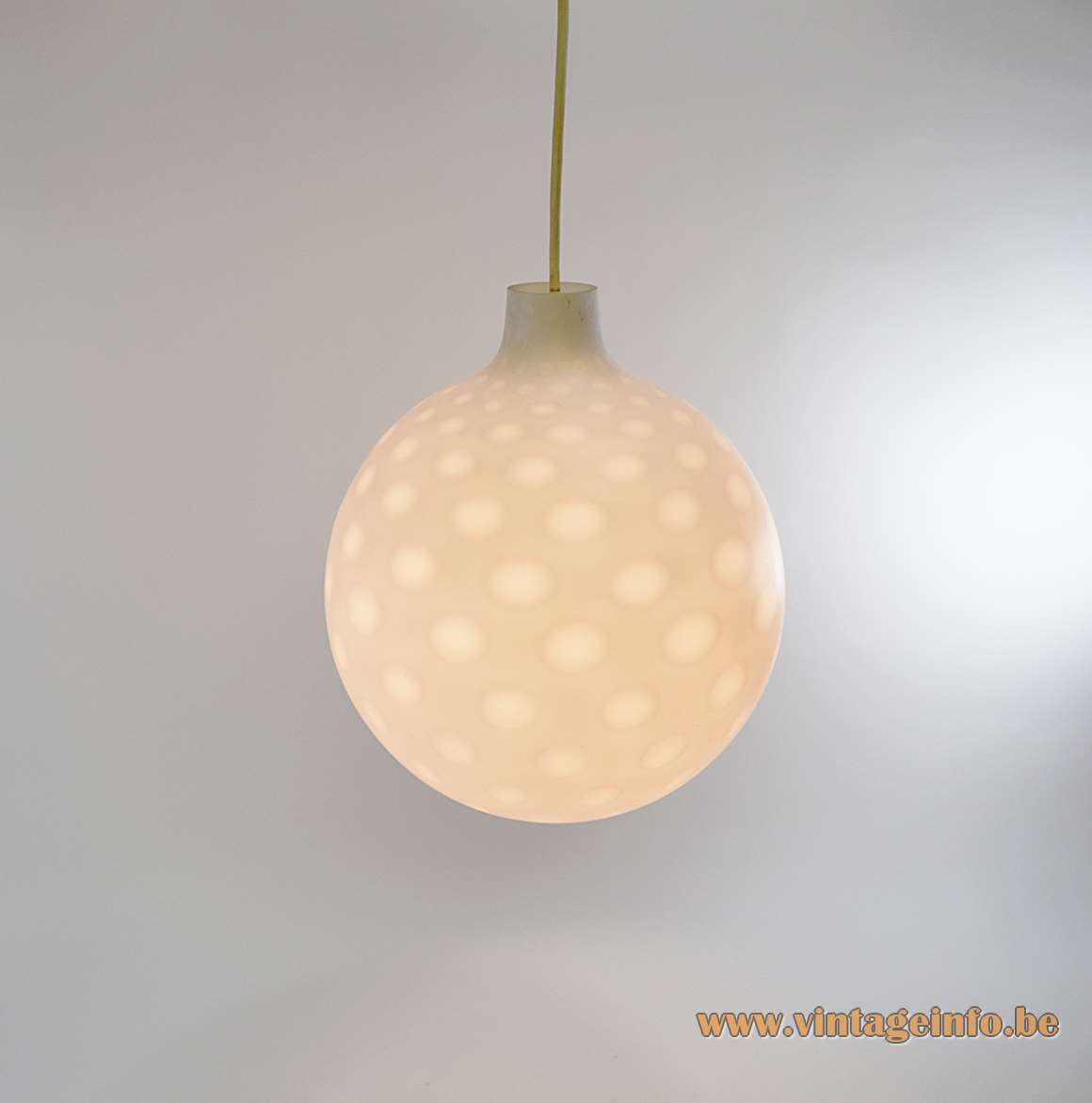 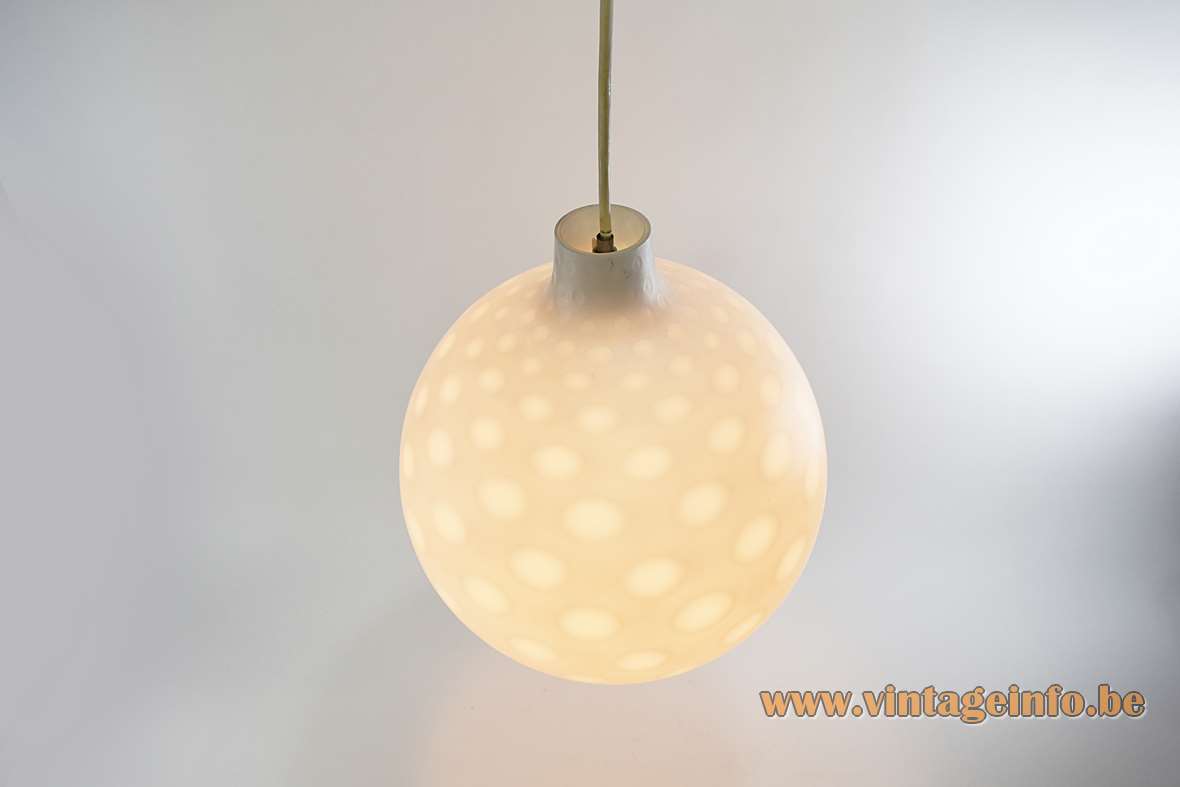 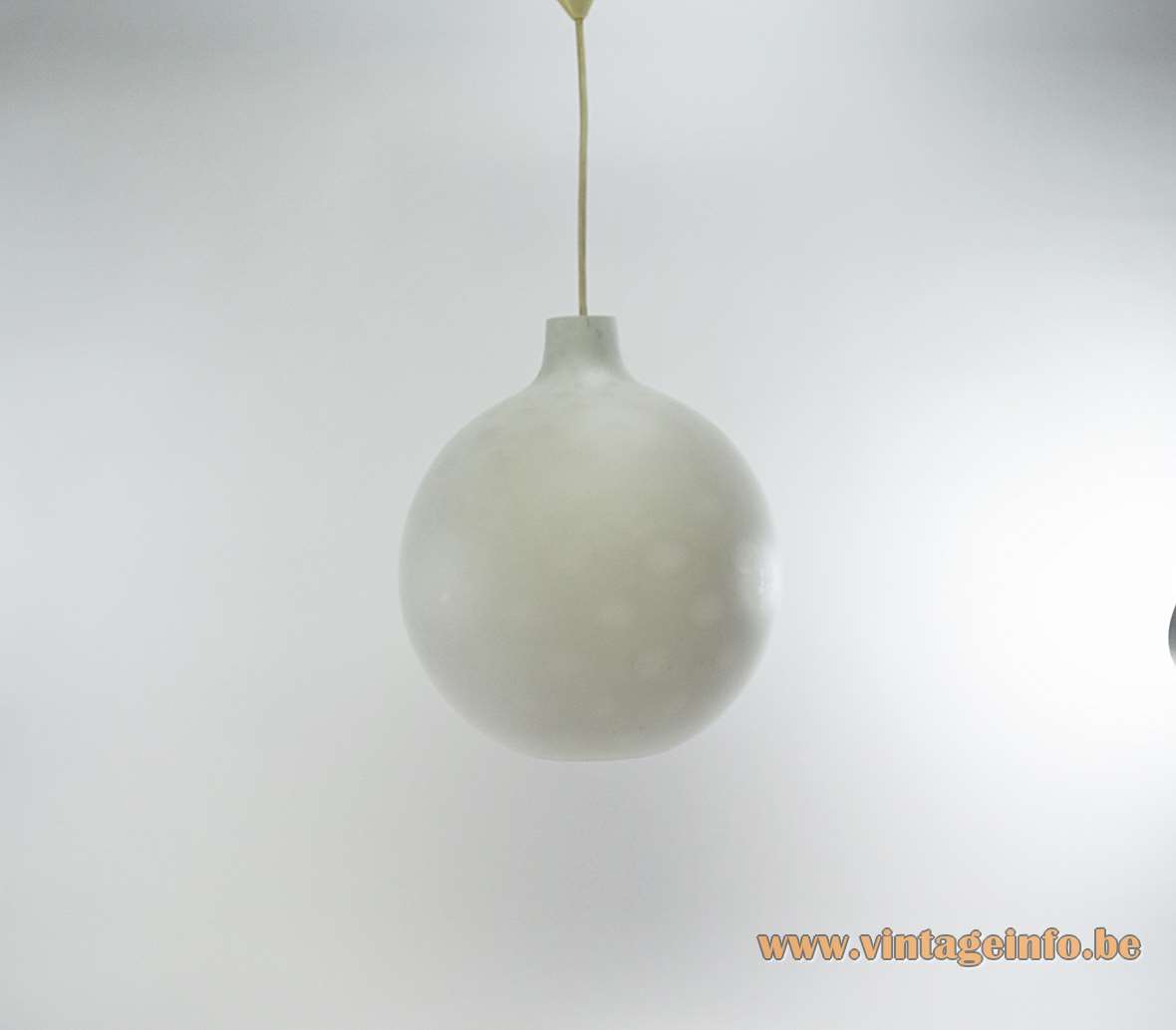 Electricity: 1 bulb E27, 1 x 100 watt maximum, 110/220 volt.
Any type of light bulb can be used. But preferably a white/opaque bulb. A clear bulb creates stripes on the glass and therefor also on the walls.

Manufacturer: Made and sold by Peill + Putzler in Düren, Germany and also produced for Raak, The Netherlands.

Other versions: This Aloys Ferdinand Gangkofner Como pendant lamp exists in 1 version. Gangkofner designed several lamps in this style for Peill + Putzler. Several of them were sold by Raak and probably some other companies.

In the 1950s 1500 people worked for the company. They also produced glass for other light companies in Europe, such as Raak, Amsterdam, The Netherlands, Disderot, France, Massive, Belgium and many others.

This lamp appears in the Raak catalogue 4 from 1958.