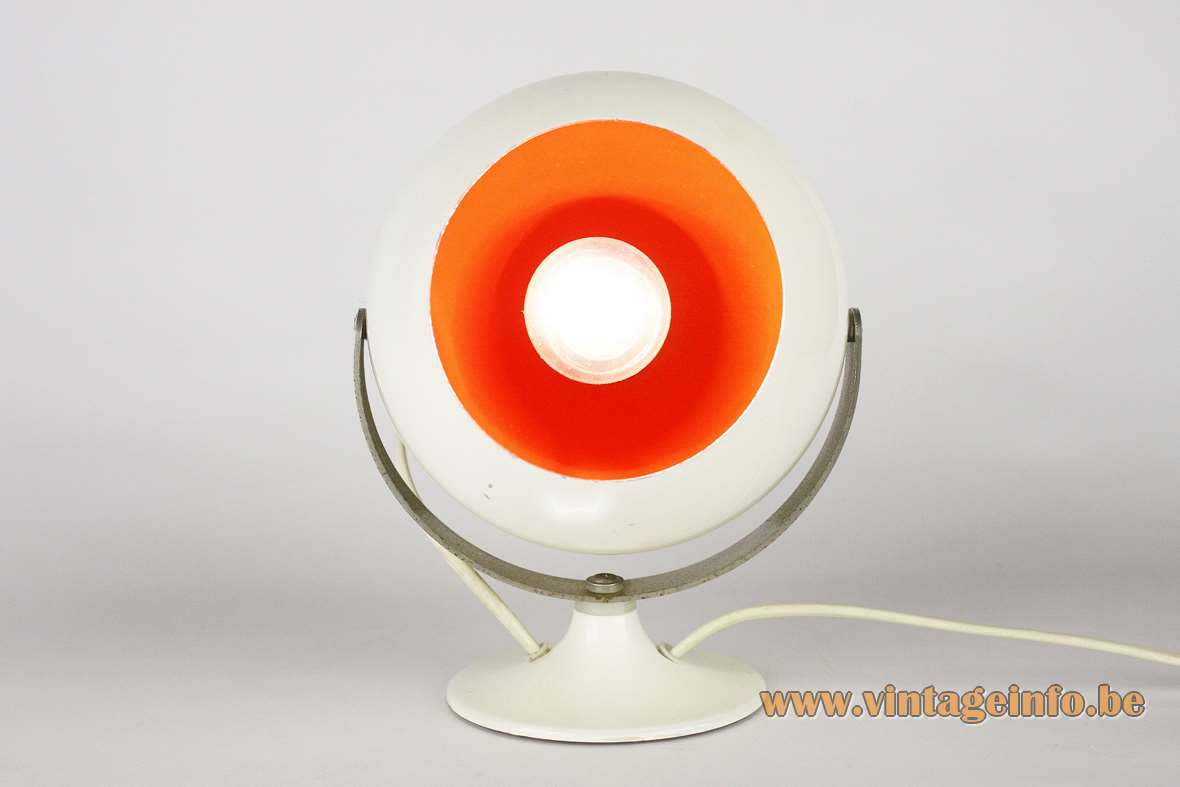 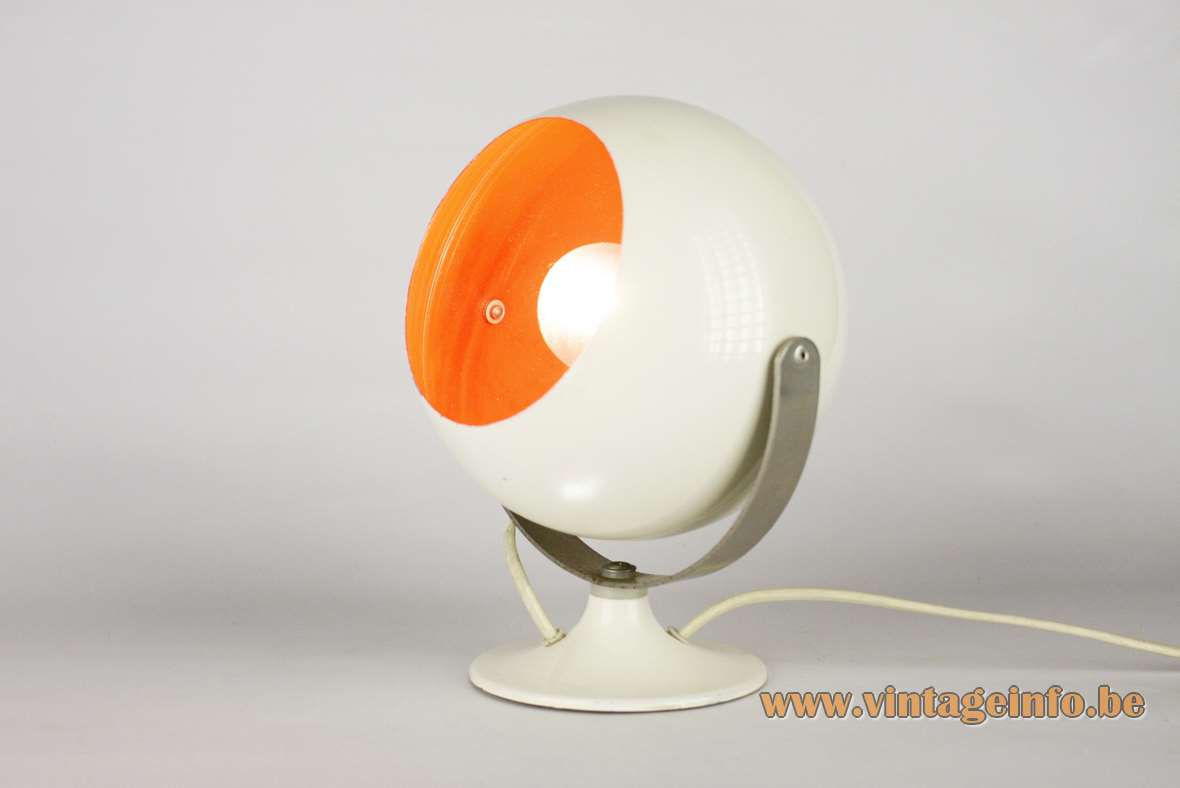 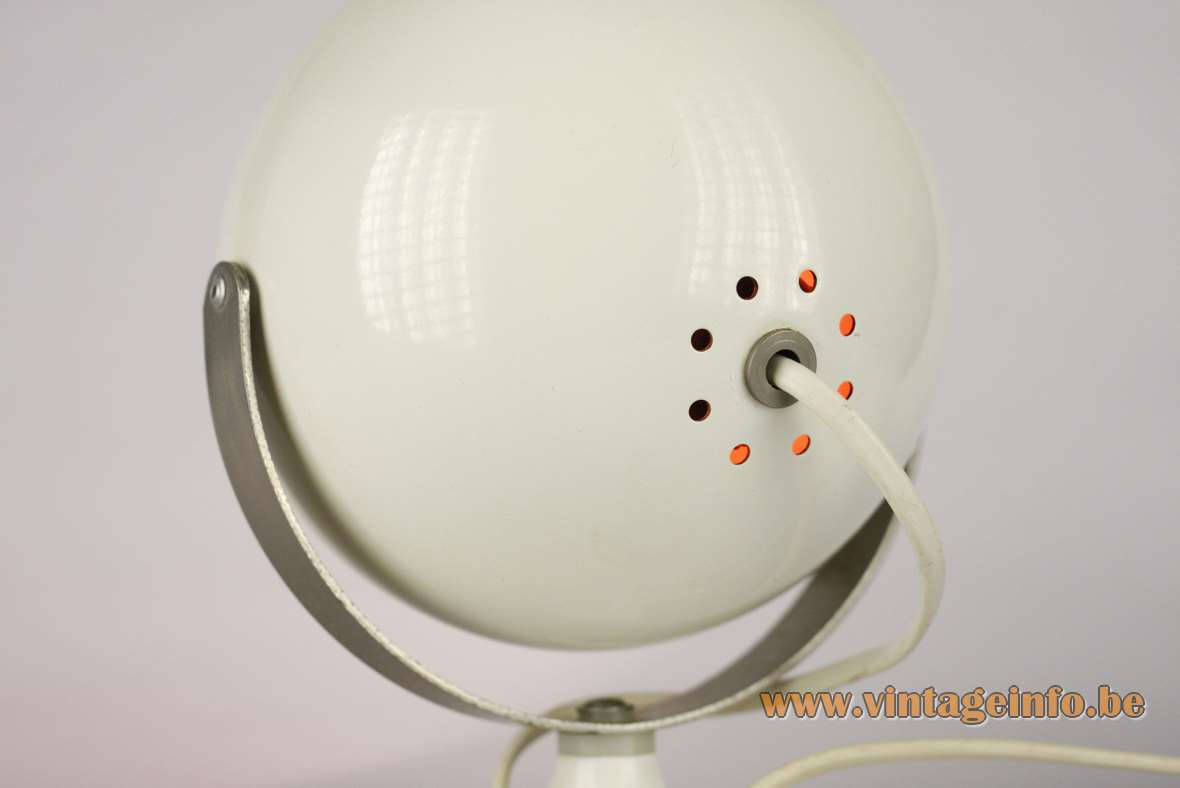 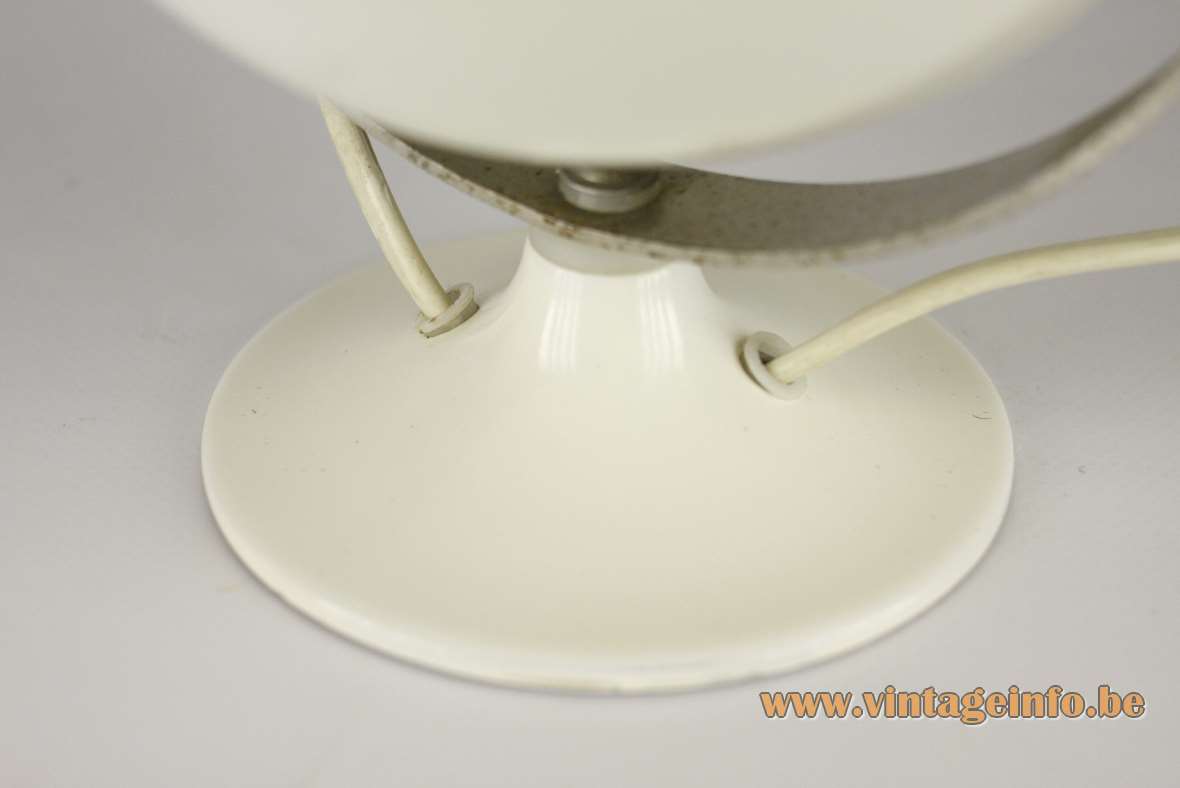 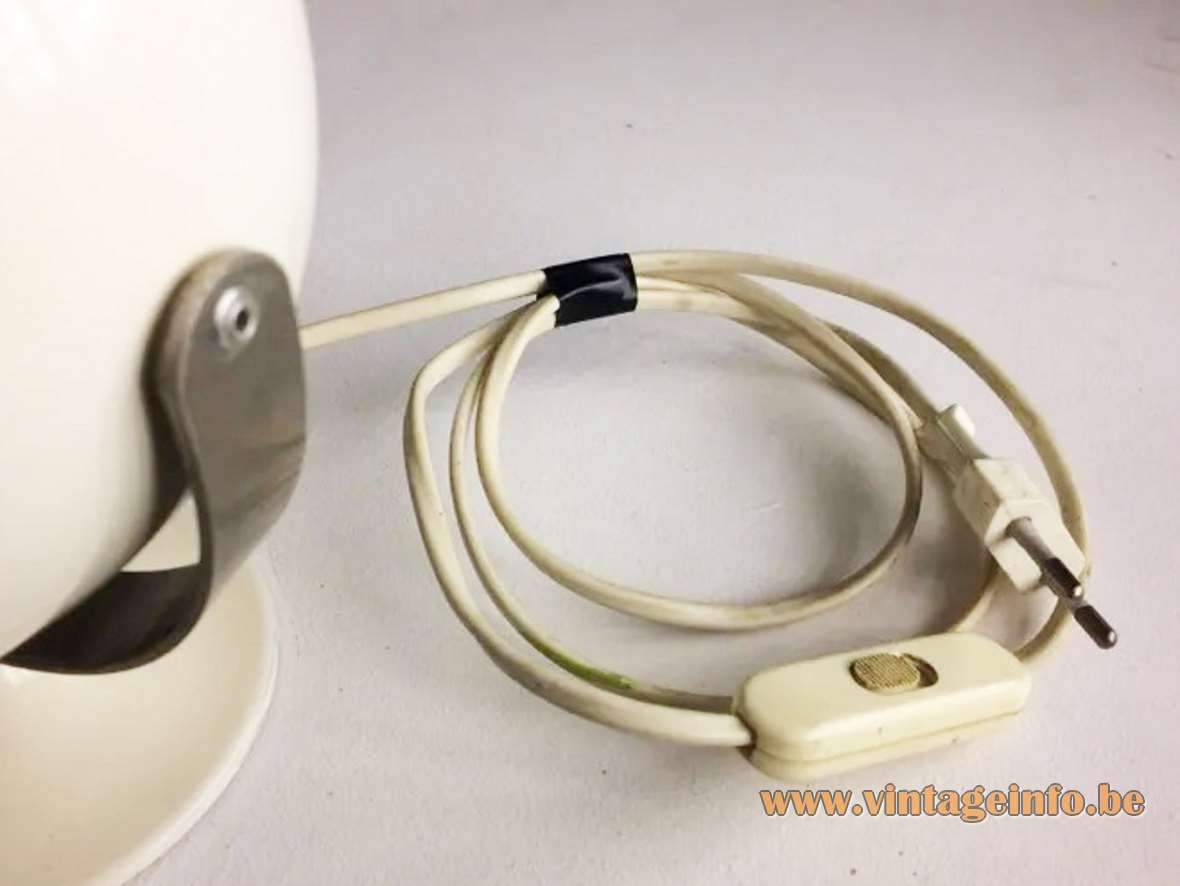 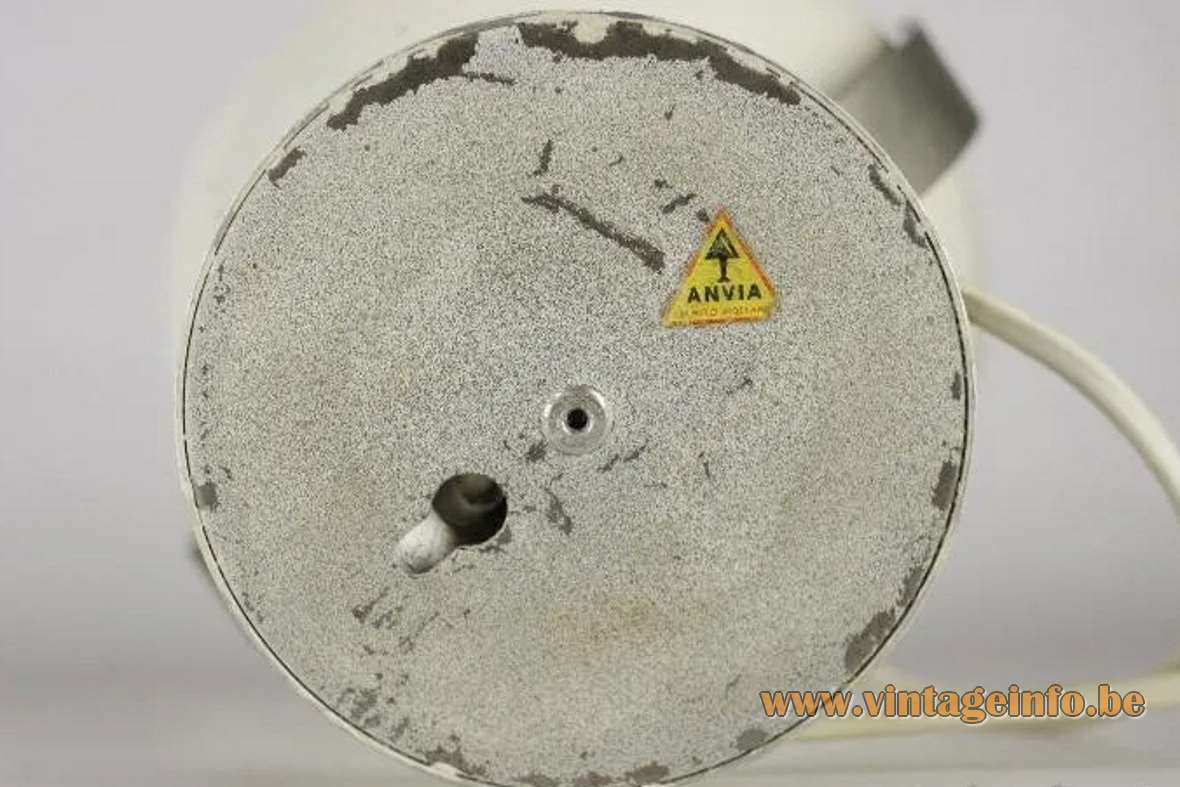 Other versions: This 1980s ANVIA globe table lamp exists in several colours. This table lamp is a 1980s version, to see on the wiring. A recess is provided for use as a wall lamp.