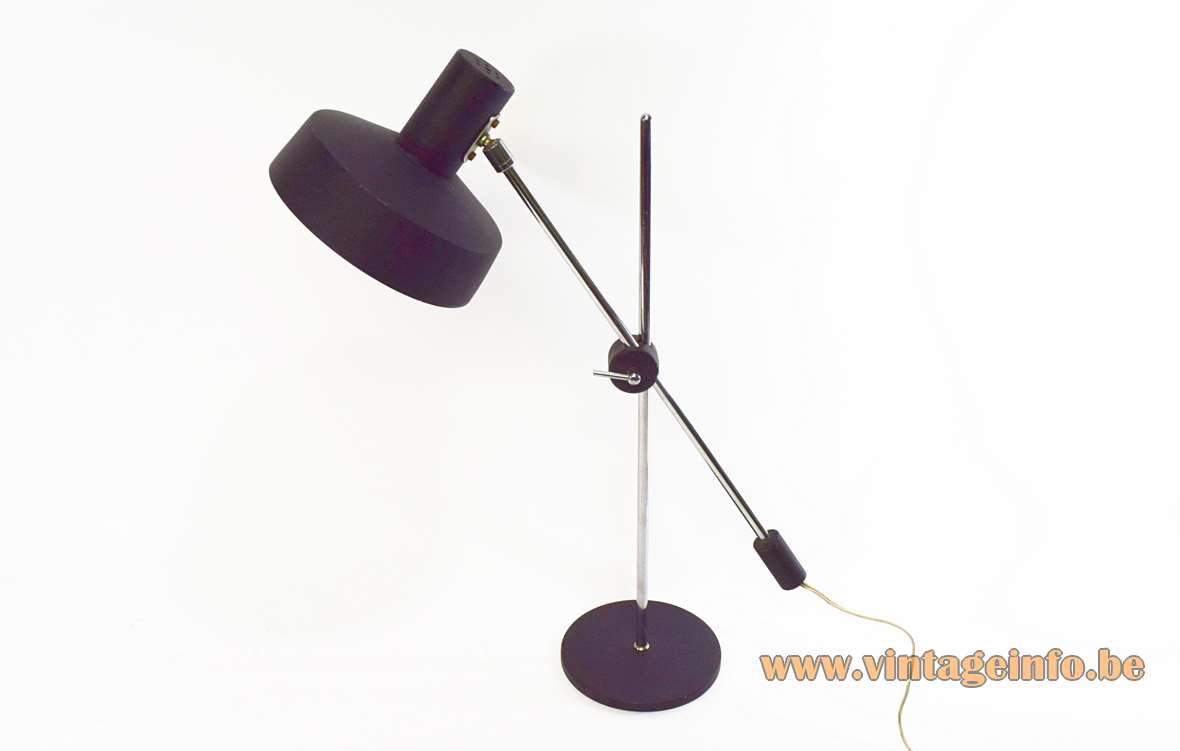 Many thanks to Huub for all the help.

Materials: 2 chromed metal (iron) rods. Round iron base, round metal lampshade. Round metal connector and counterweight painted with black wrinkle paint. Chrome screw, chrome joint. The counterweight is made of brass. The base is made in thick iron, not cast iron. The lampshade is made of iron and painted white inside. Bakelite E27 socket.

Other versions: This counterweight desk lamp exists in all possibility in a several colours and sizes. Also floor lamps with the same lampshade exists.

All the electric parts are made by the Italian VLM Components company in the 1960s. VLM Components was founded in 1945 in Buccinasco, a small village near Milan, Italy.

2 ANVIA counterweight desk lamps, a yellow and orange one, were used as a prop in the 2021 French film 8 Rue de l’Humanité (Stuck Together). Starring Dany Boon, Liliane Rovère and Yvan Attal. 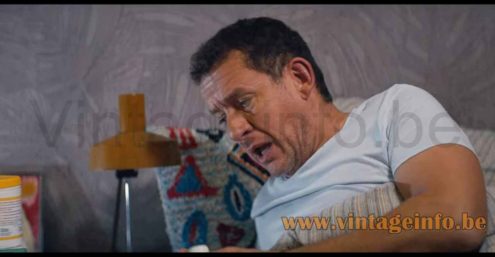 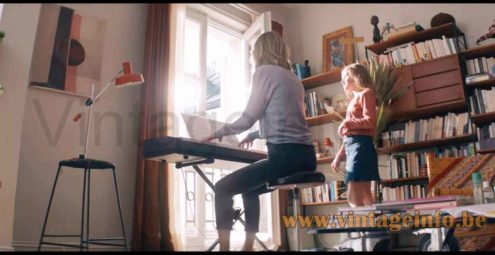