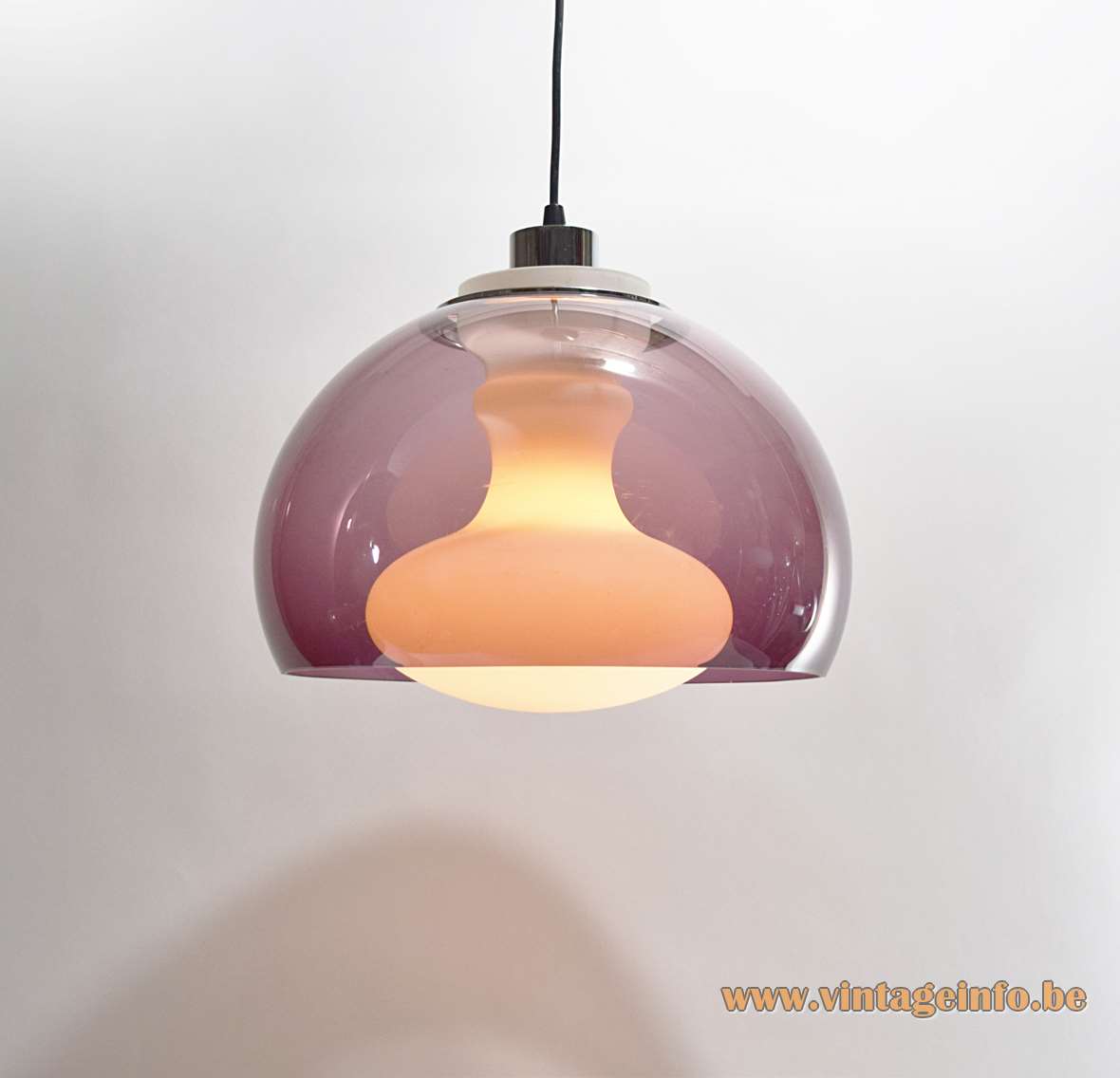 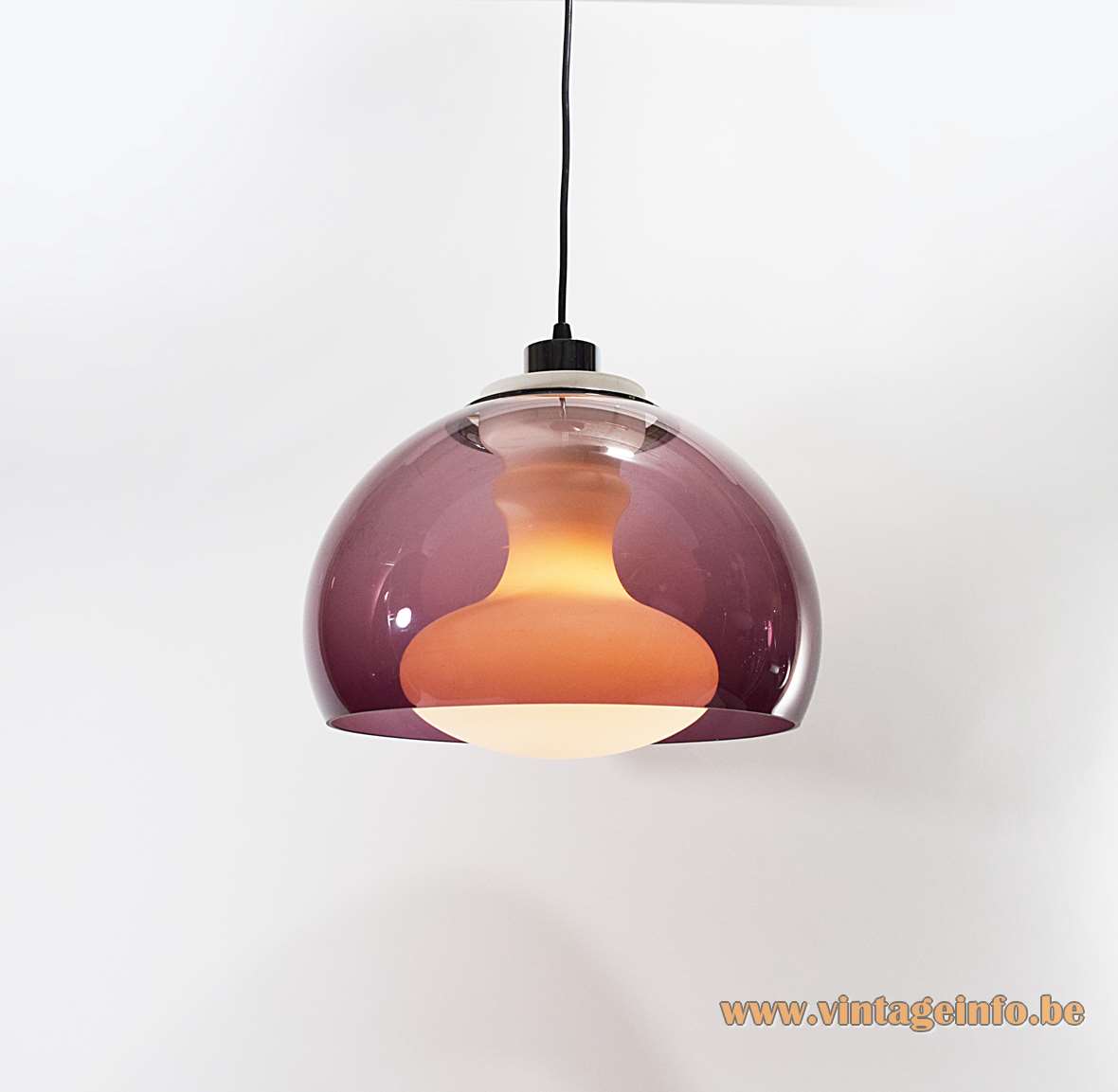 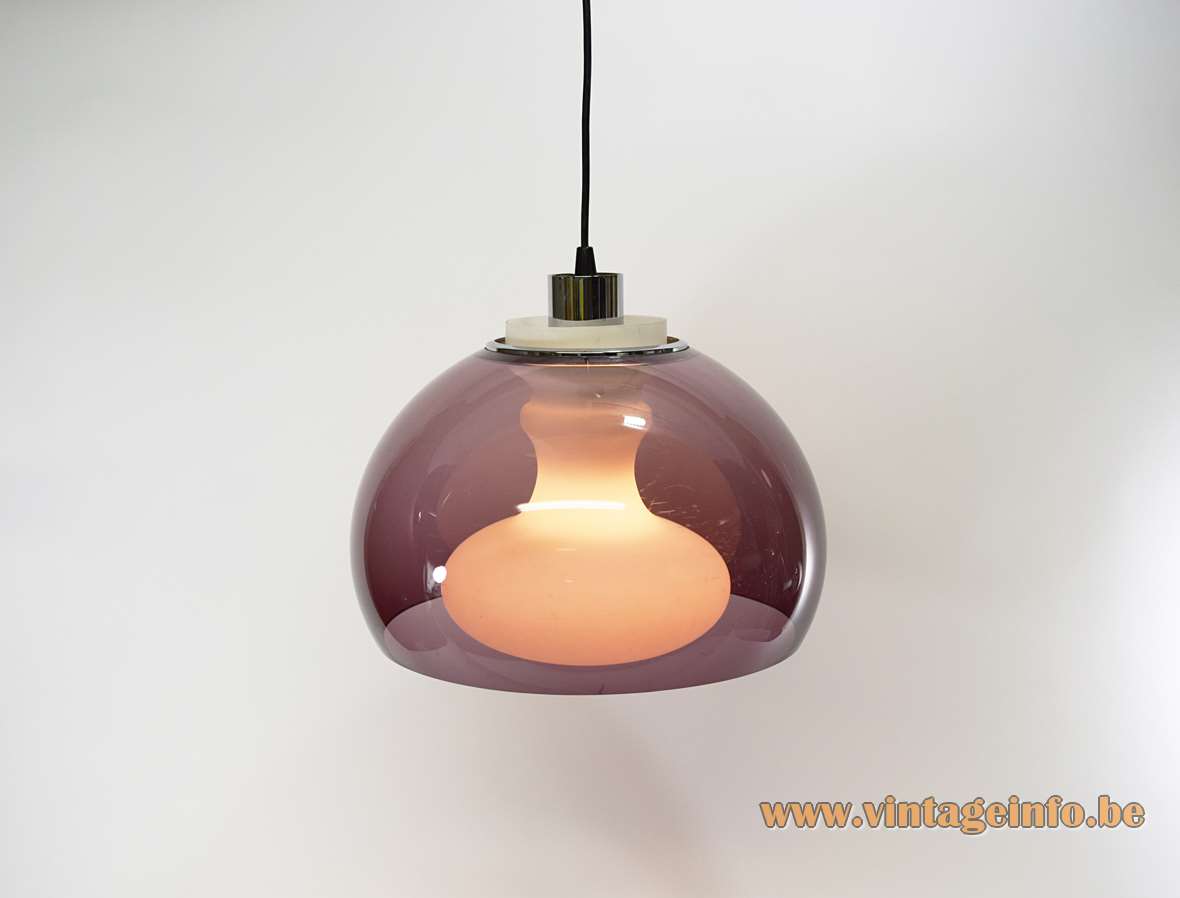 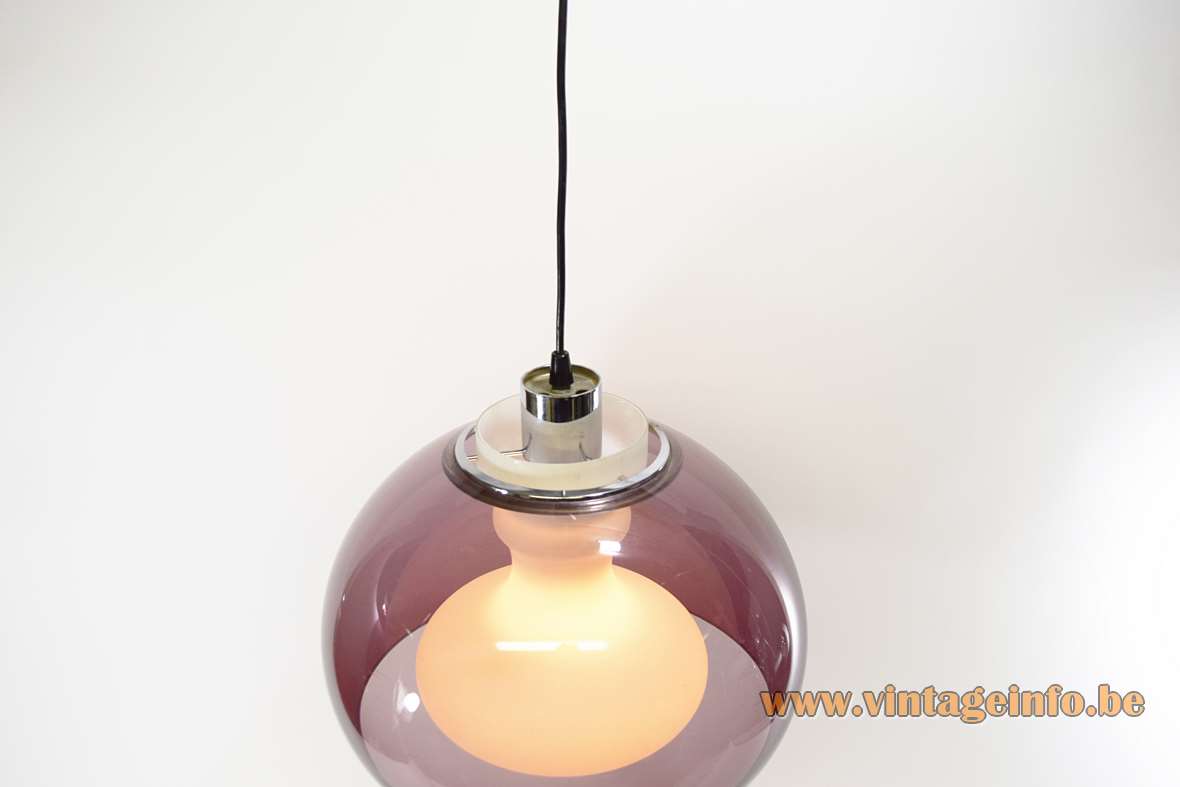 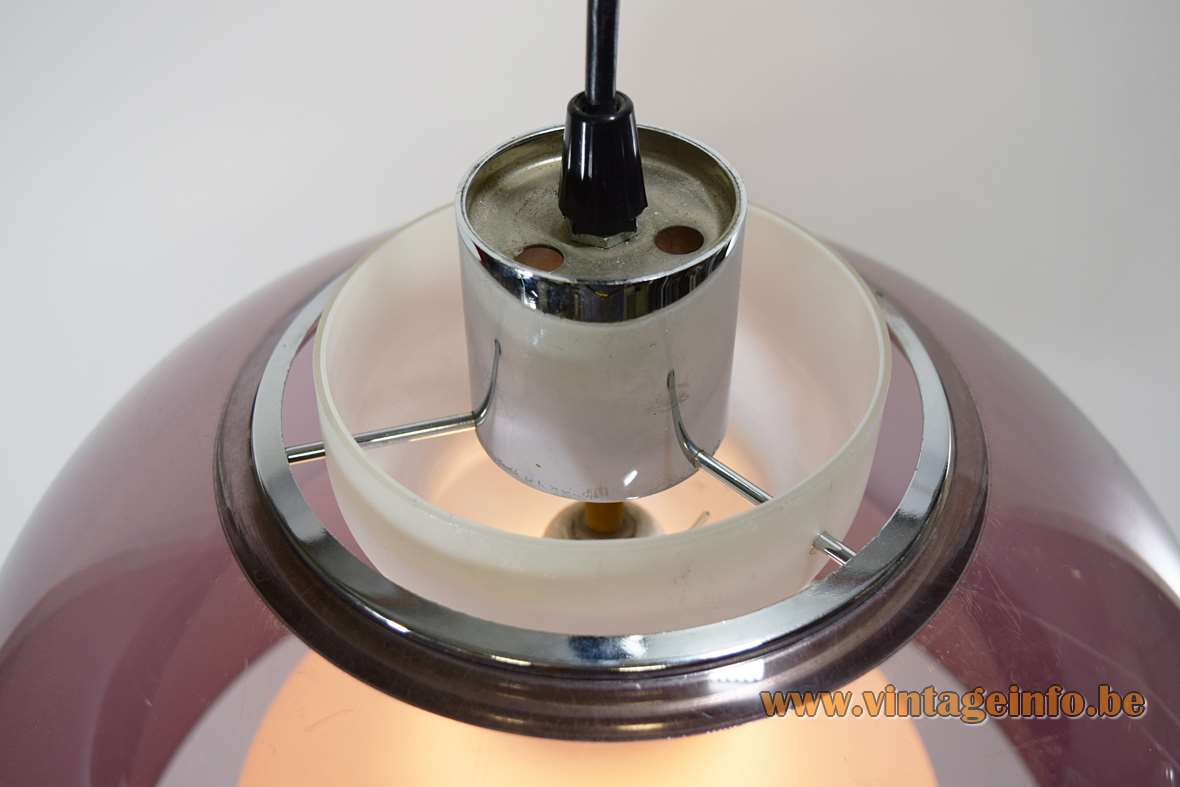 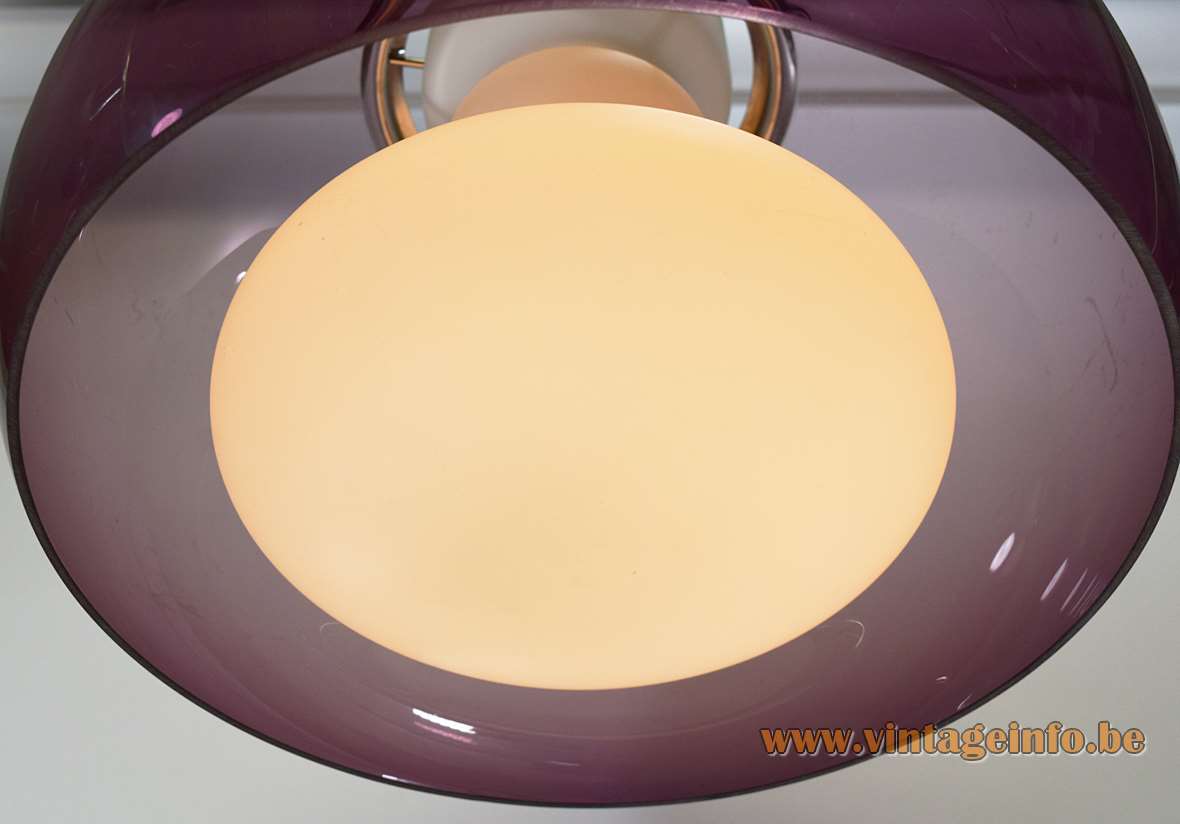 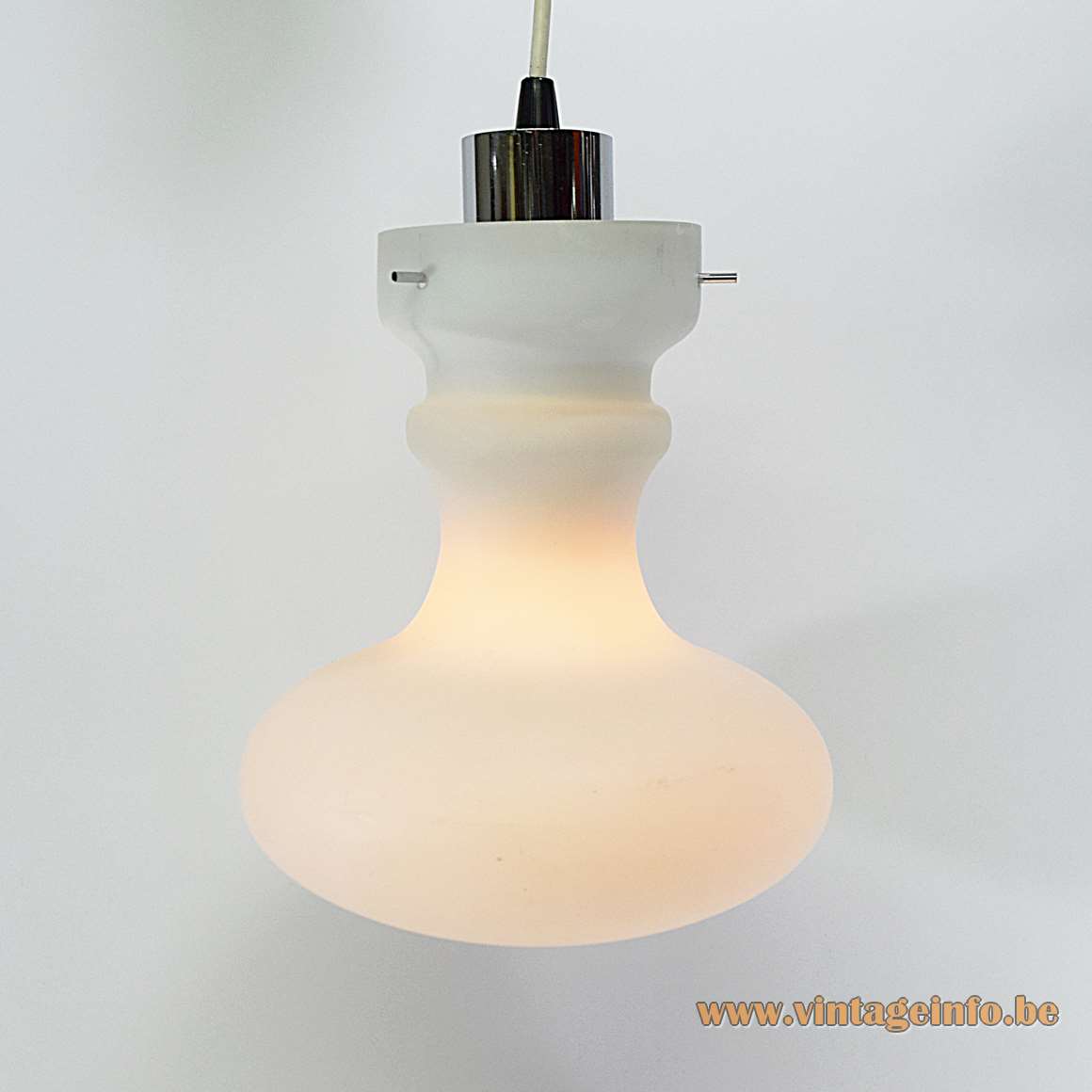 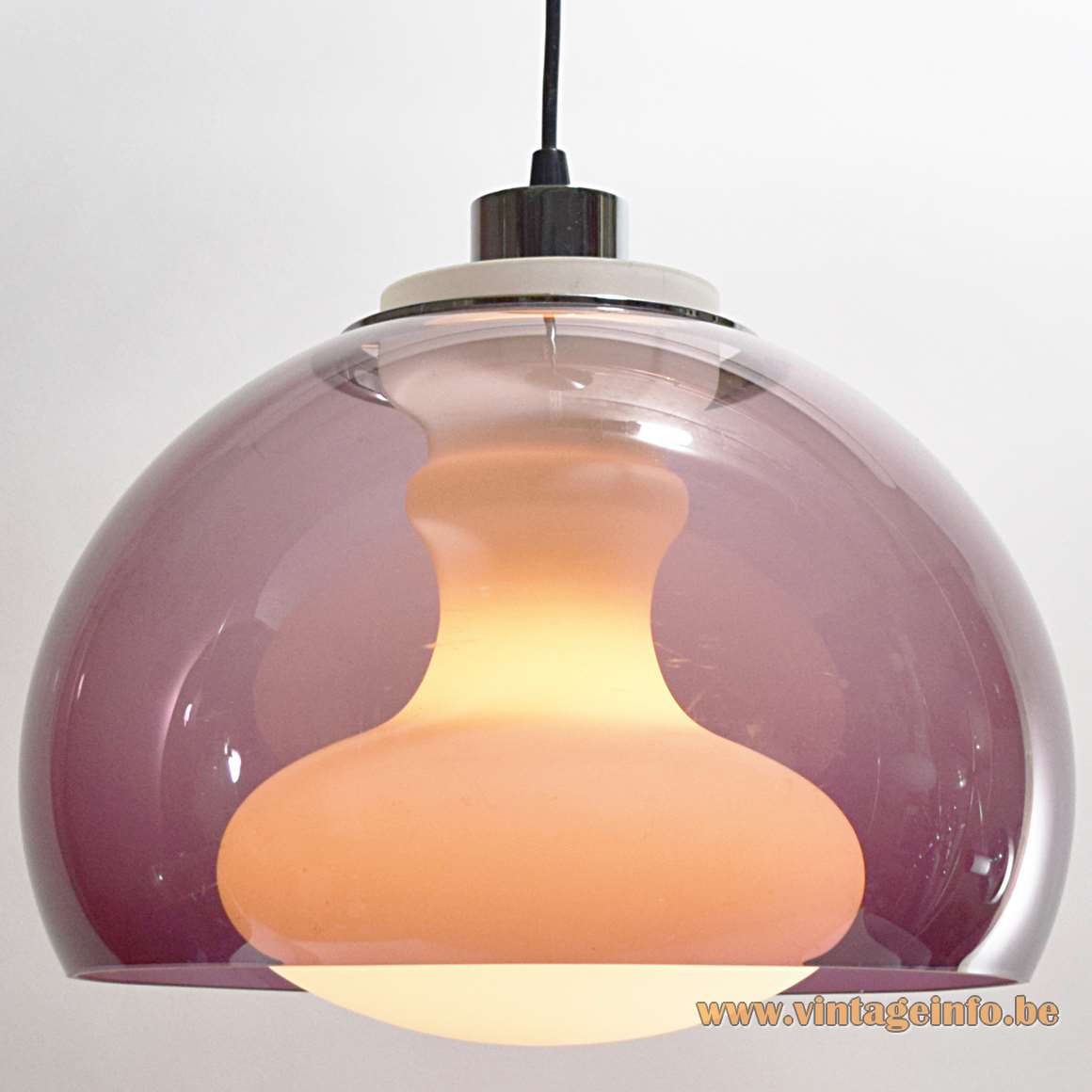 This 1970s opal & purple pendant lamp is often attributed to the Raak company from Amsterdam, The Netherlands, but it is not. It does not appear in any of the catalogues, of course. It is not in the Raak style and it also has no label (most Raak lamps are labelled). Most of the time these pendant lamps are sold without the purple acrylic lampshade and the chromed metal ring as you can see in the example, so beware!