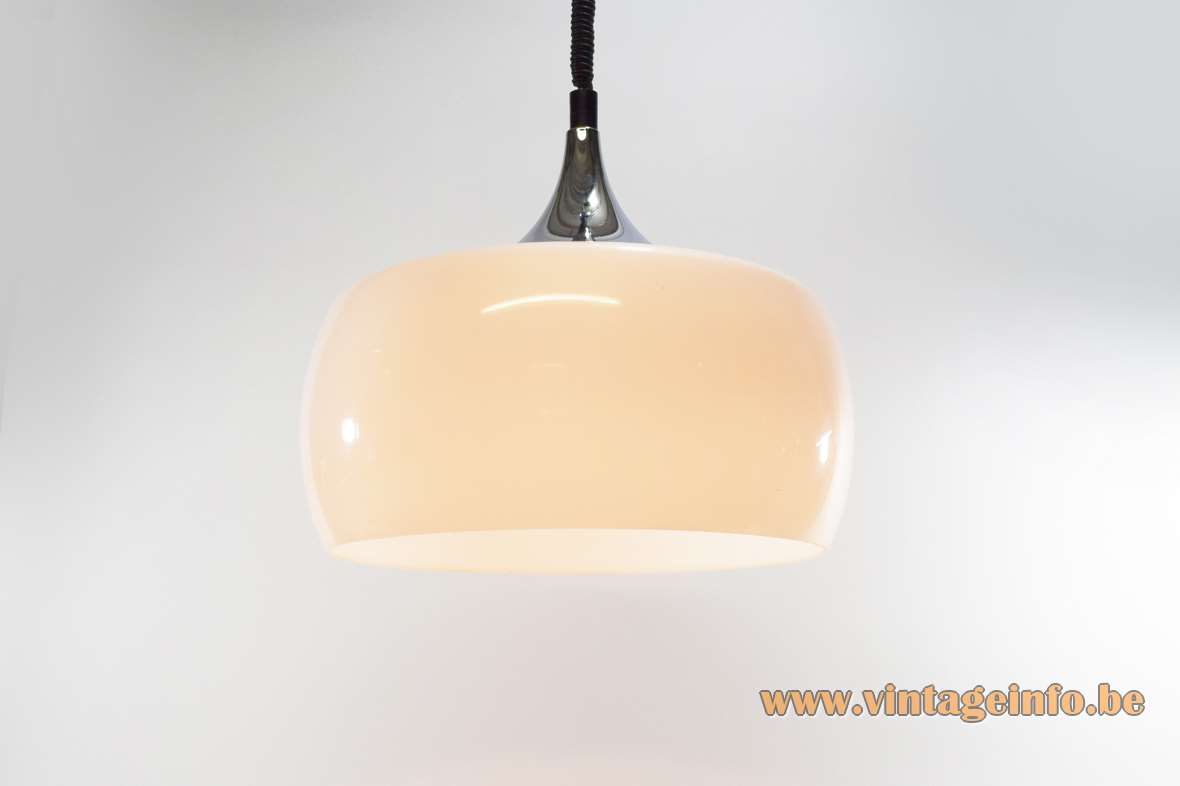 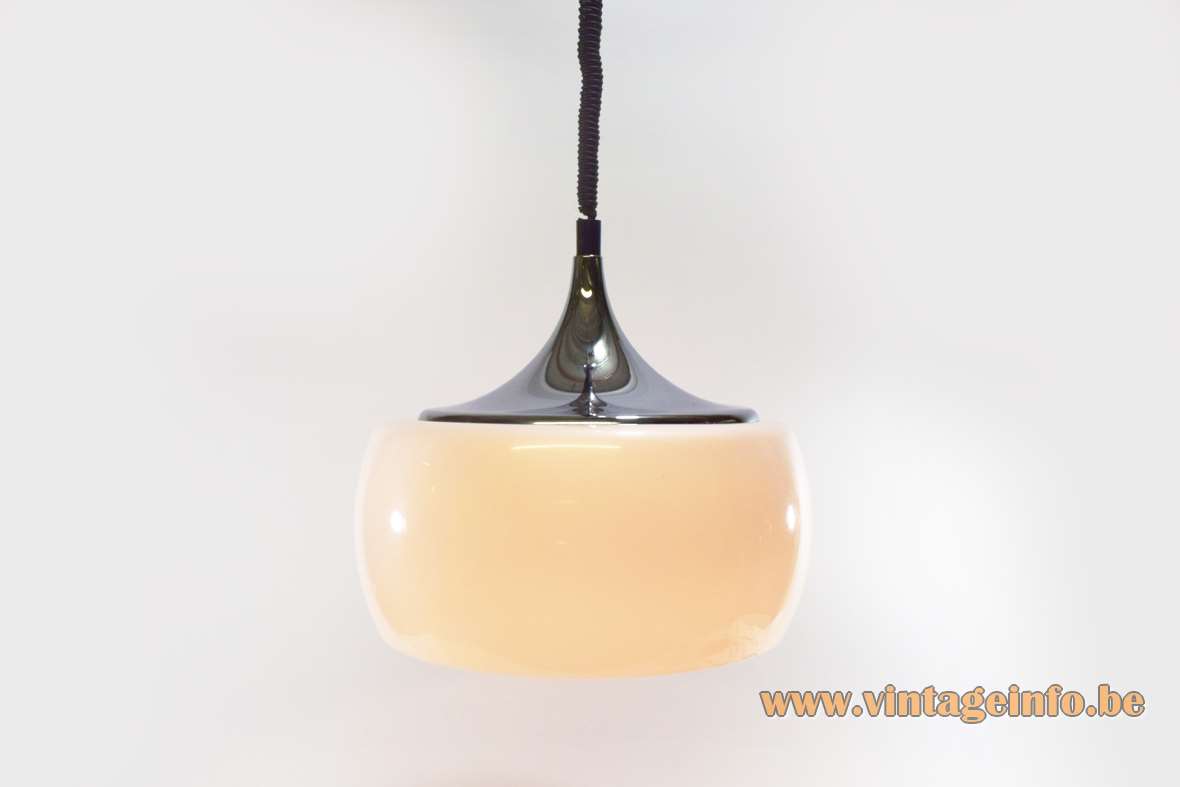 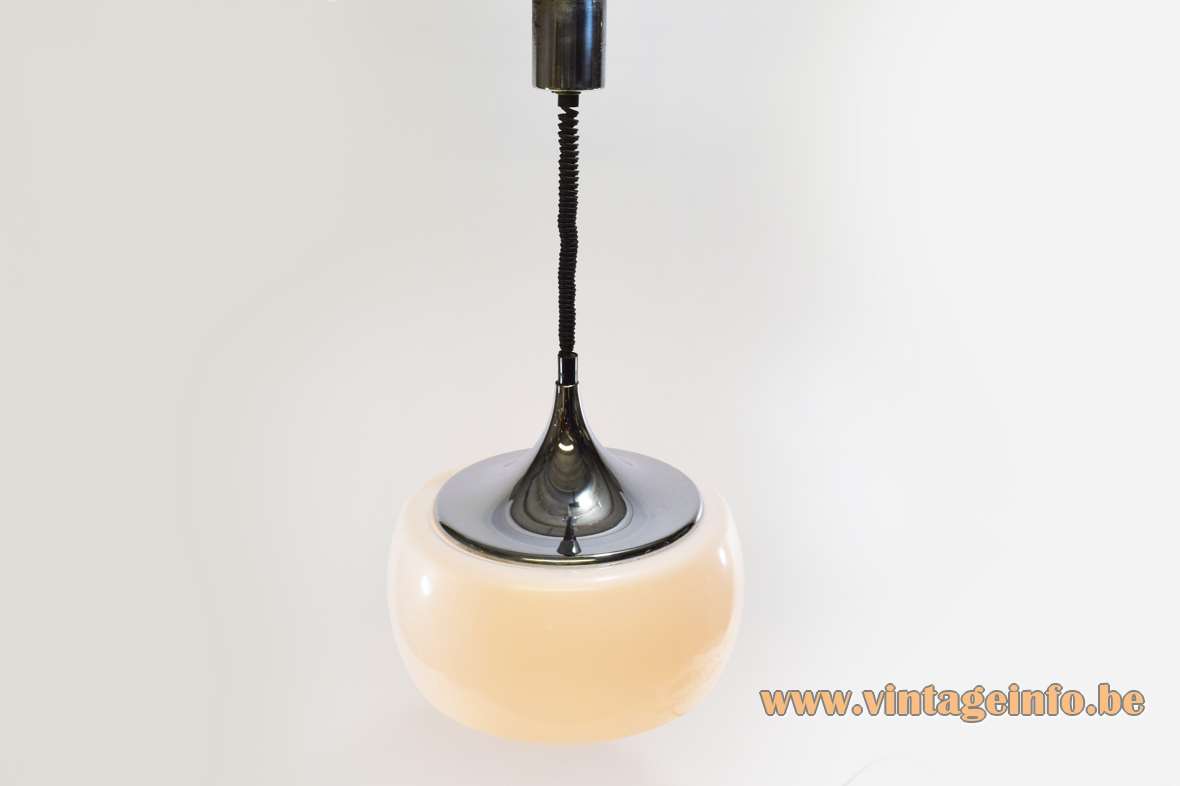 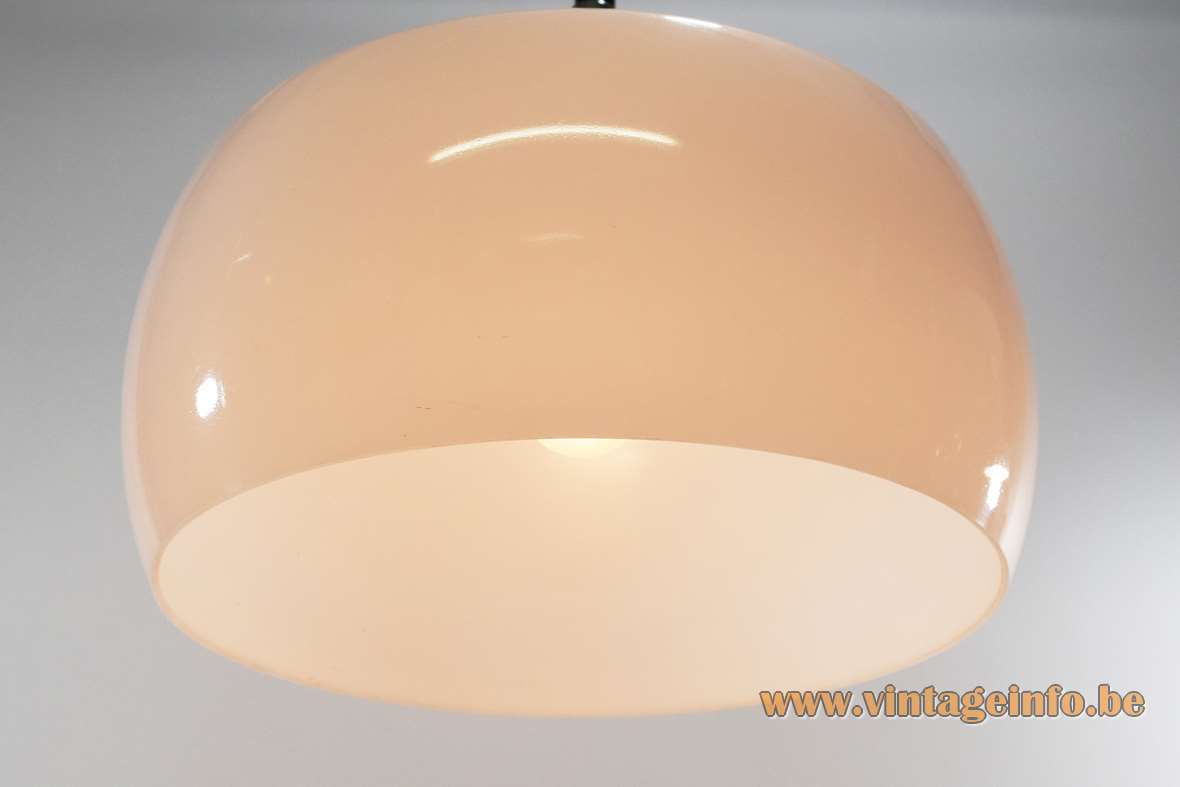 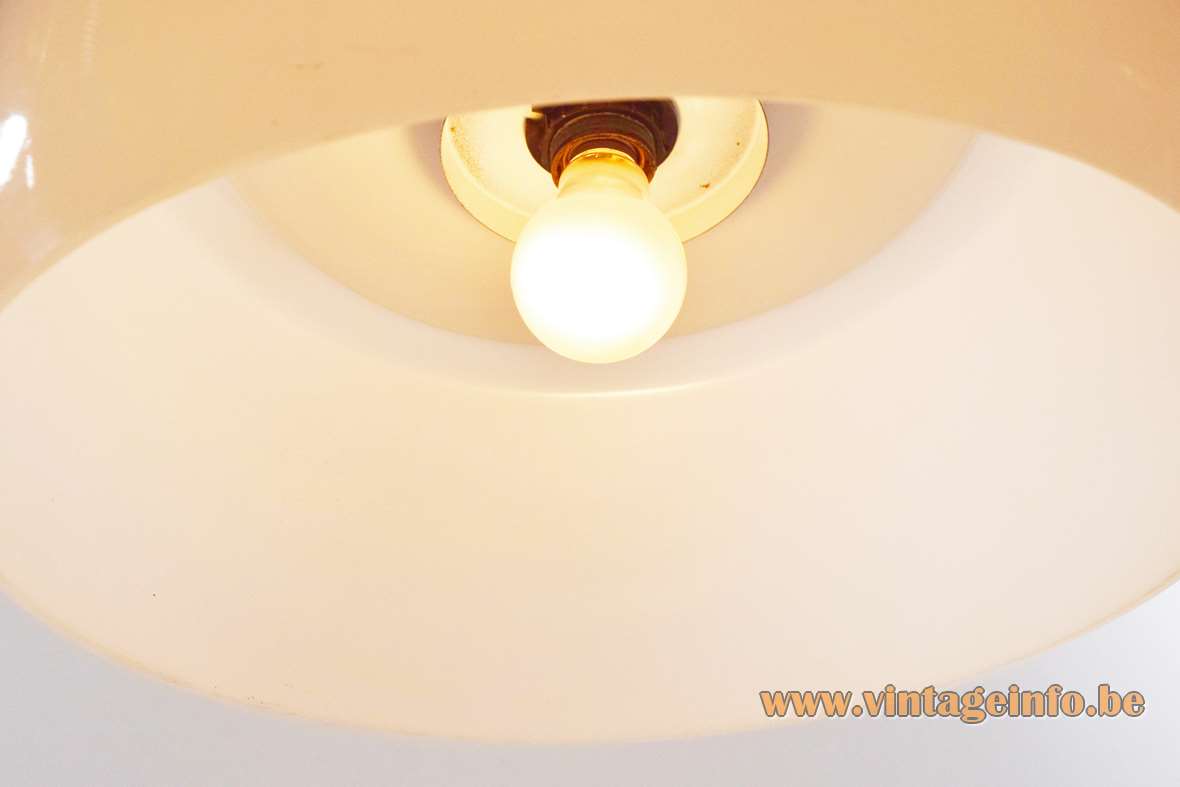 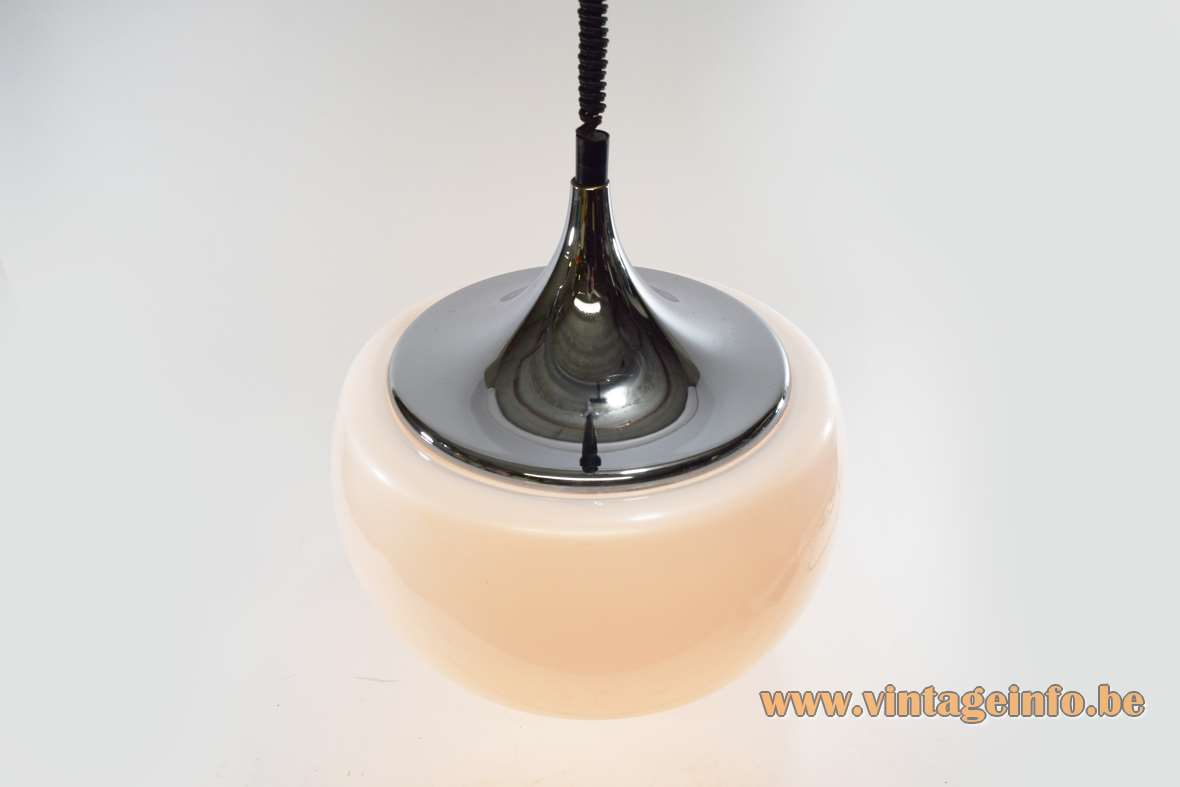 The same chrome lid on top was used for several other lamps. 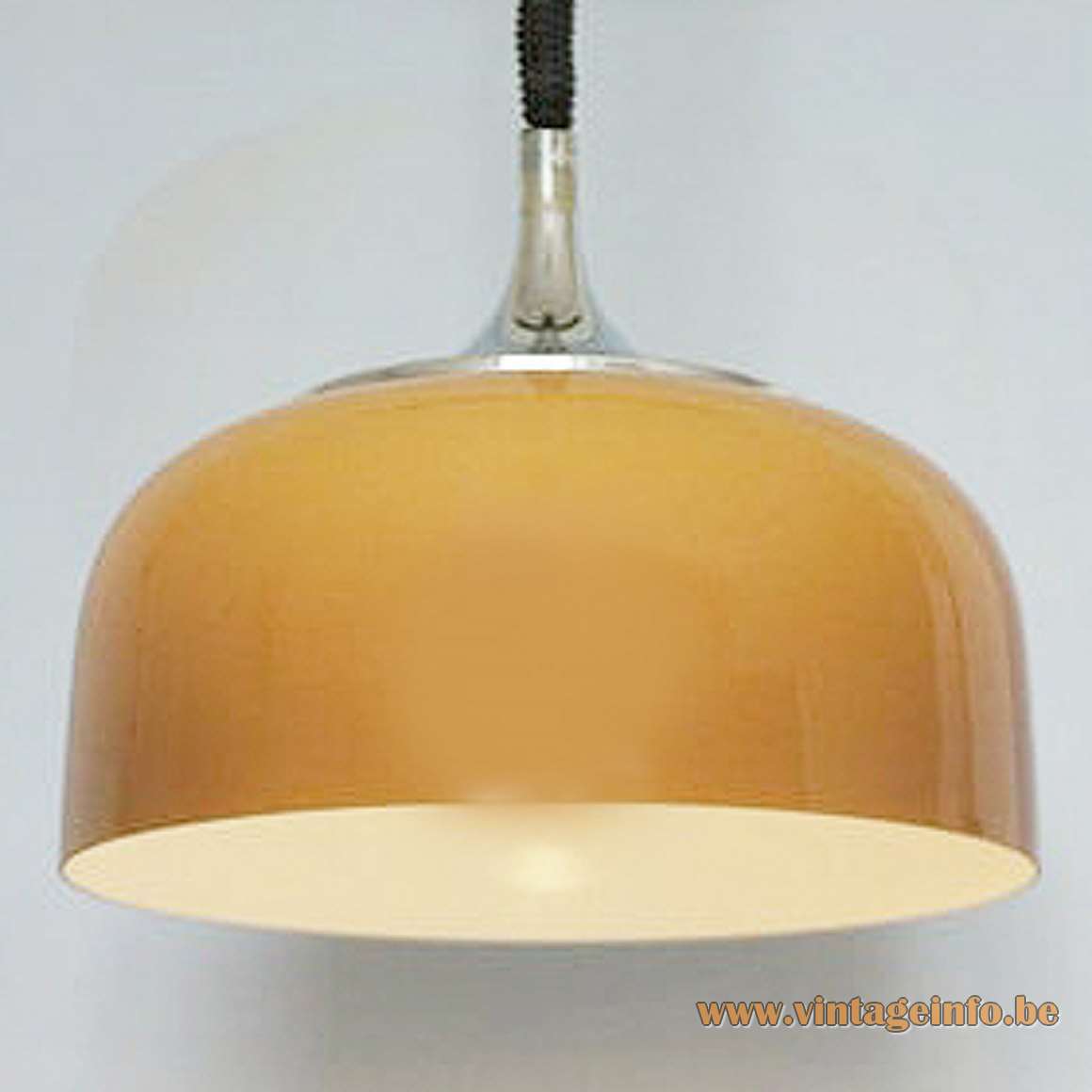 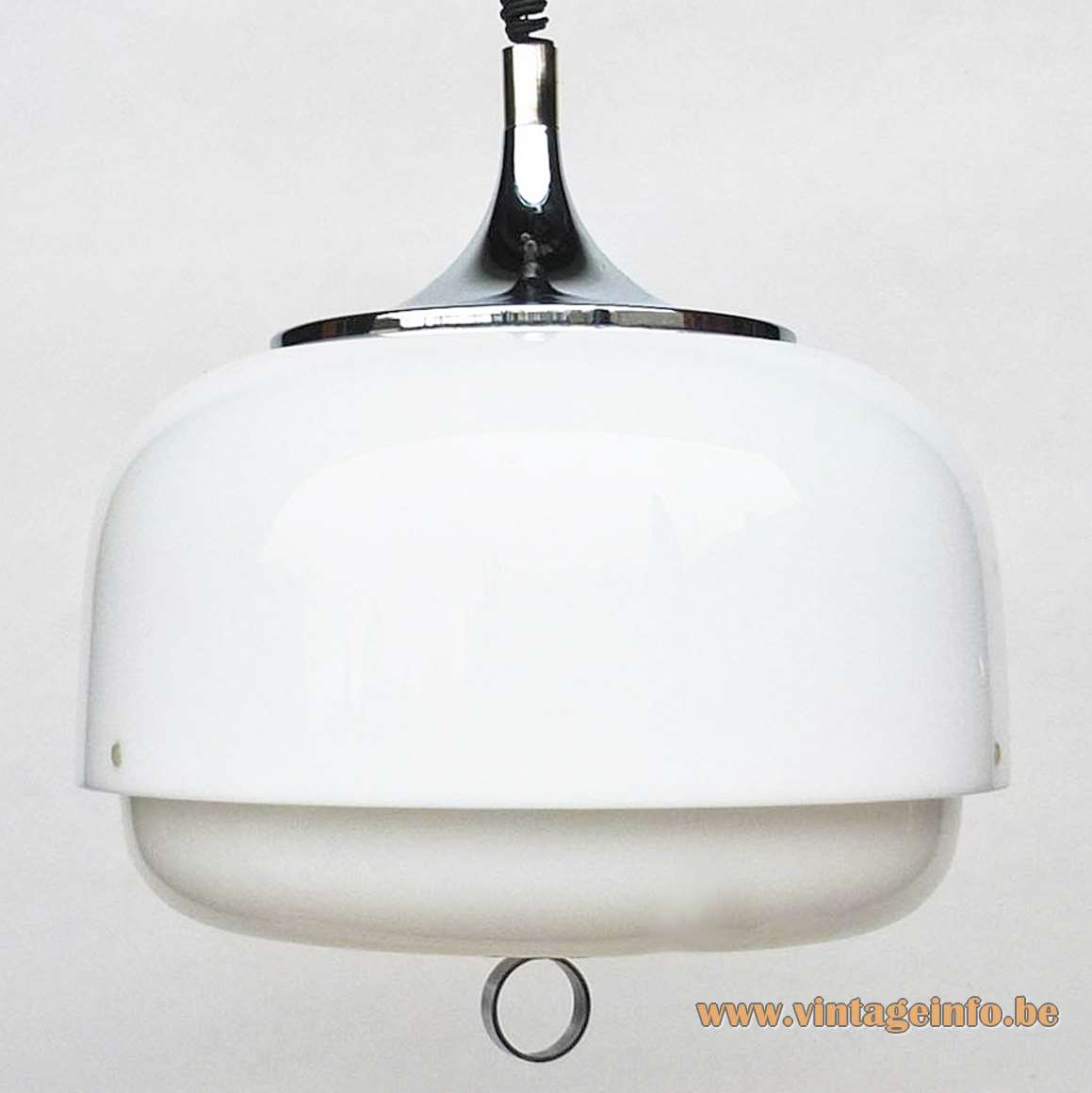 Lamps with a Rolly mechanism

Other versions: This Harvey Guzzini rise & fall pendant lamp exists in several versions, all with the same chrome lid on top. Some examples shown below. This lamp is produced in 1975. It is dated on the Rolly pull down mechanism.