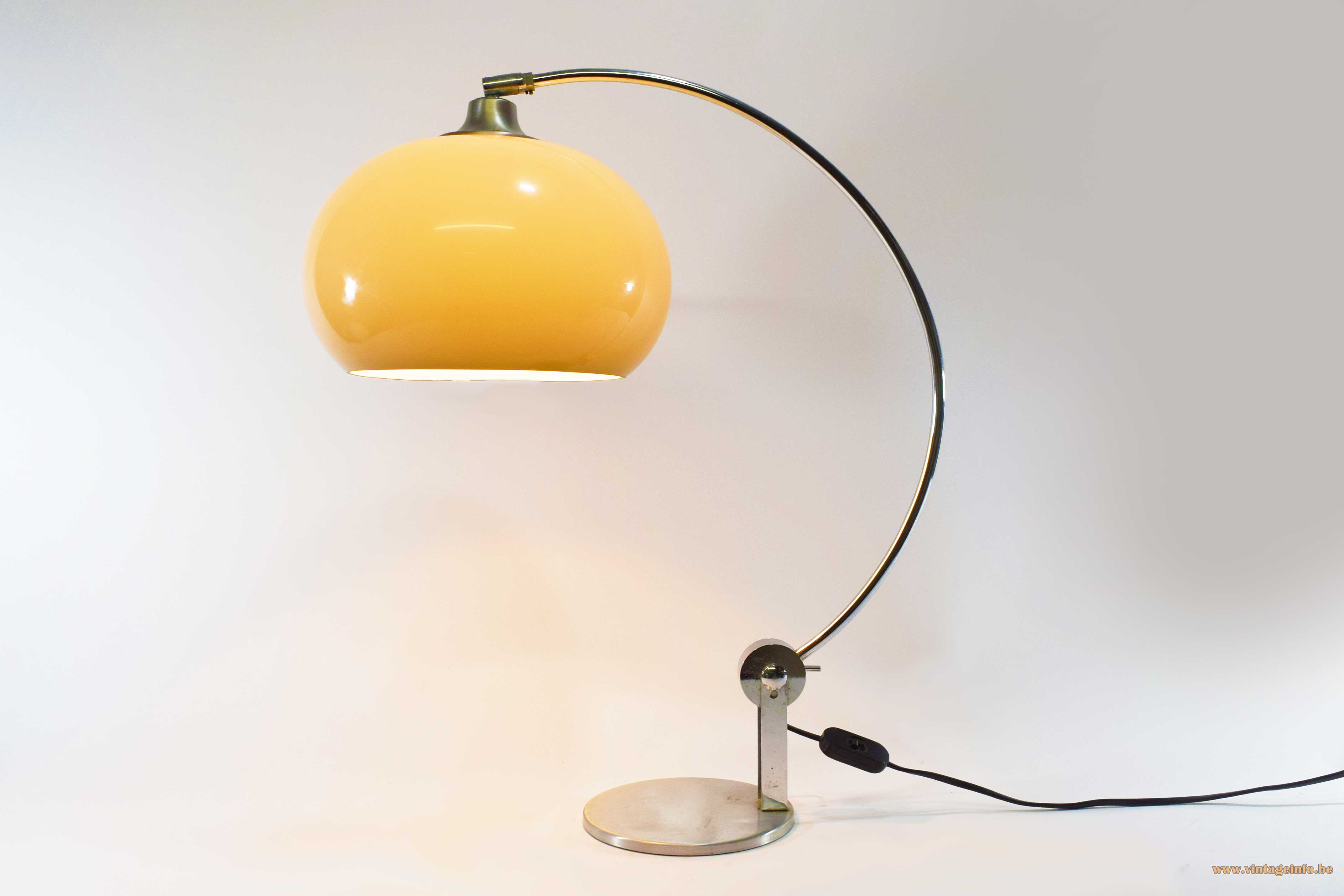 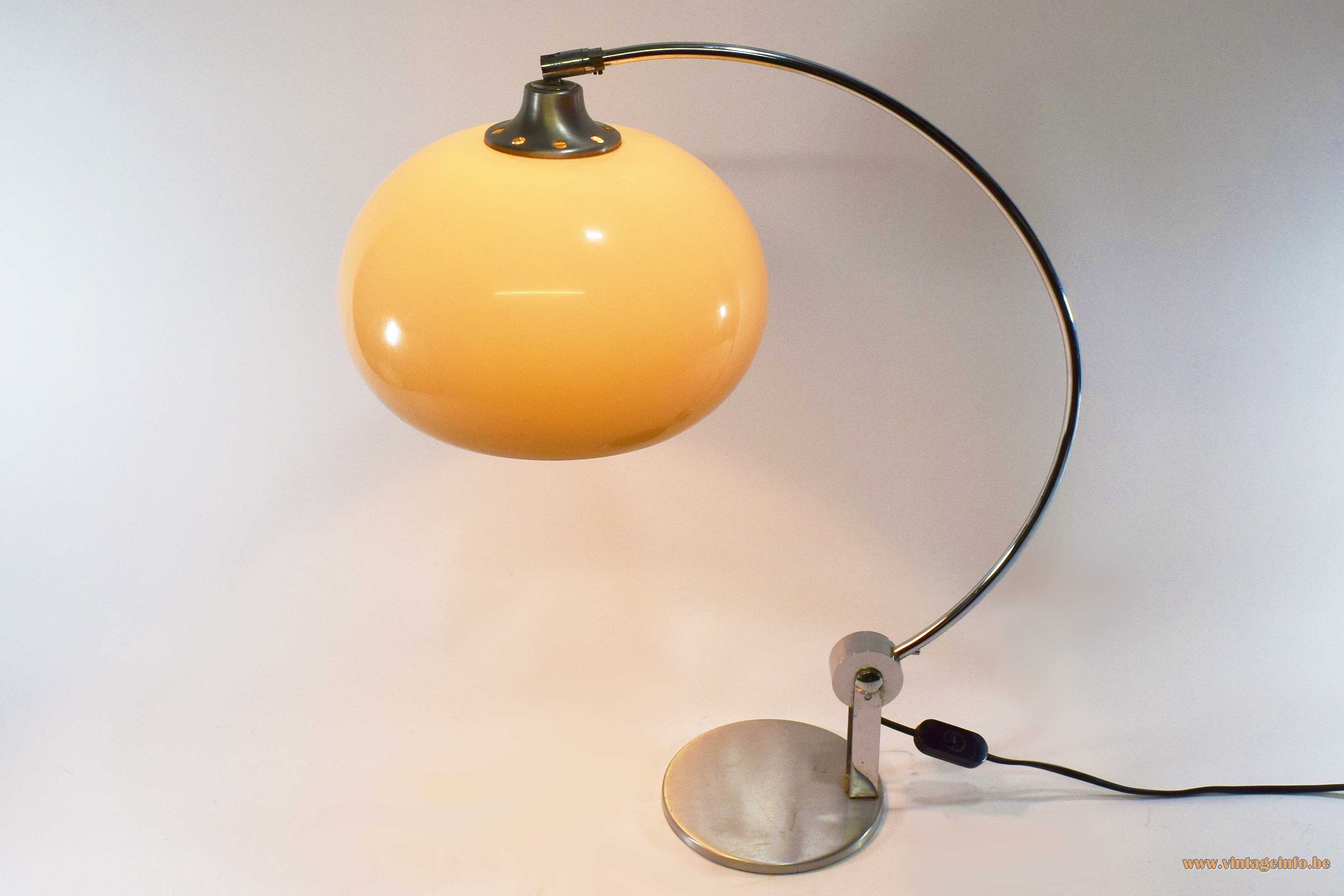 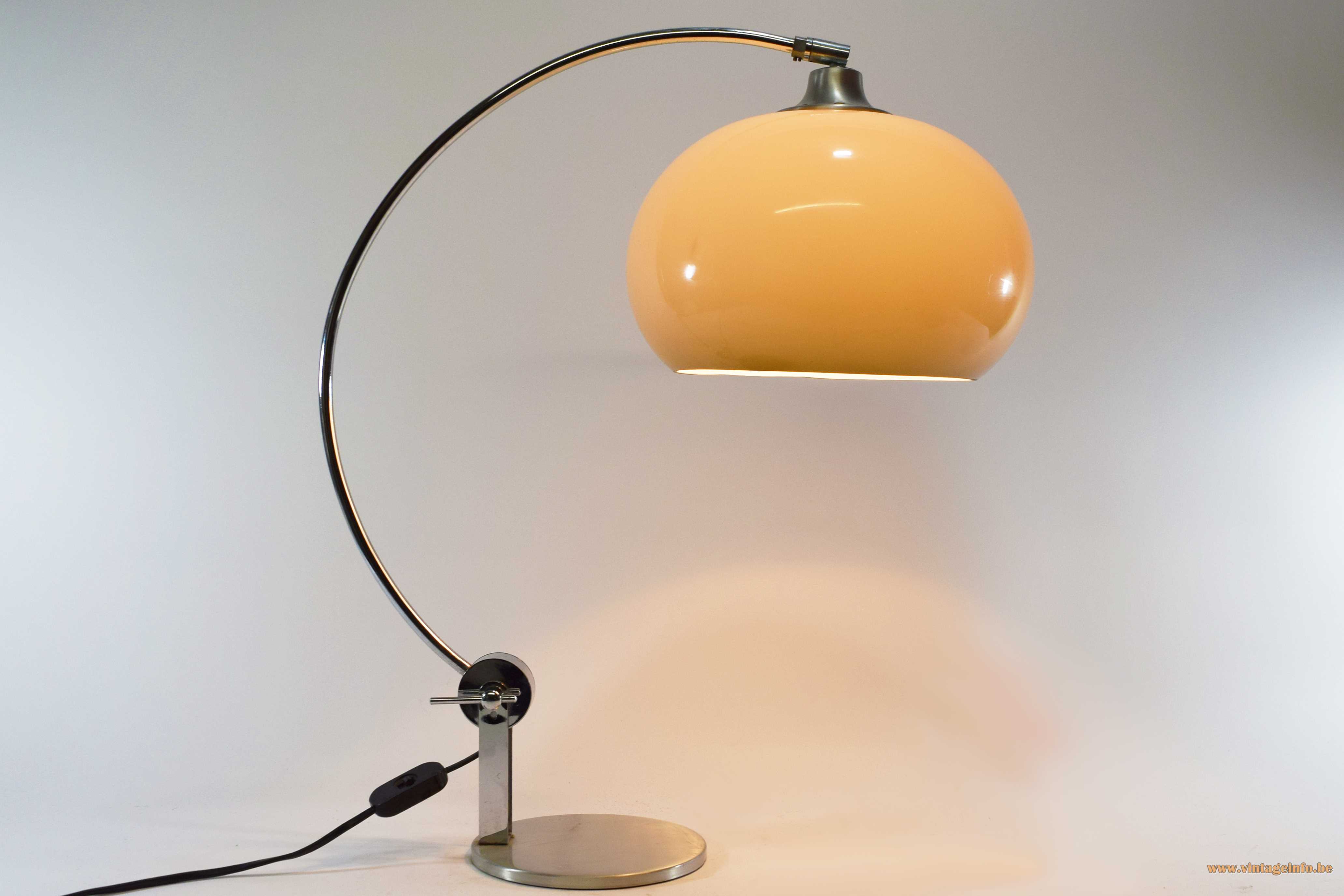 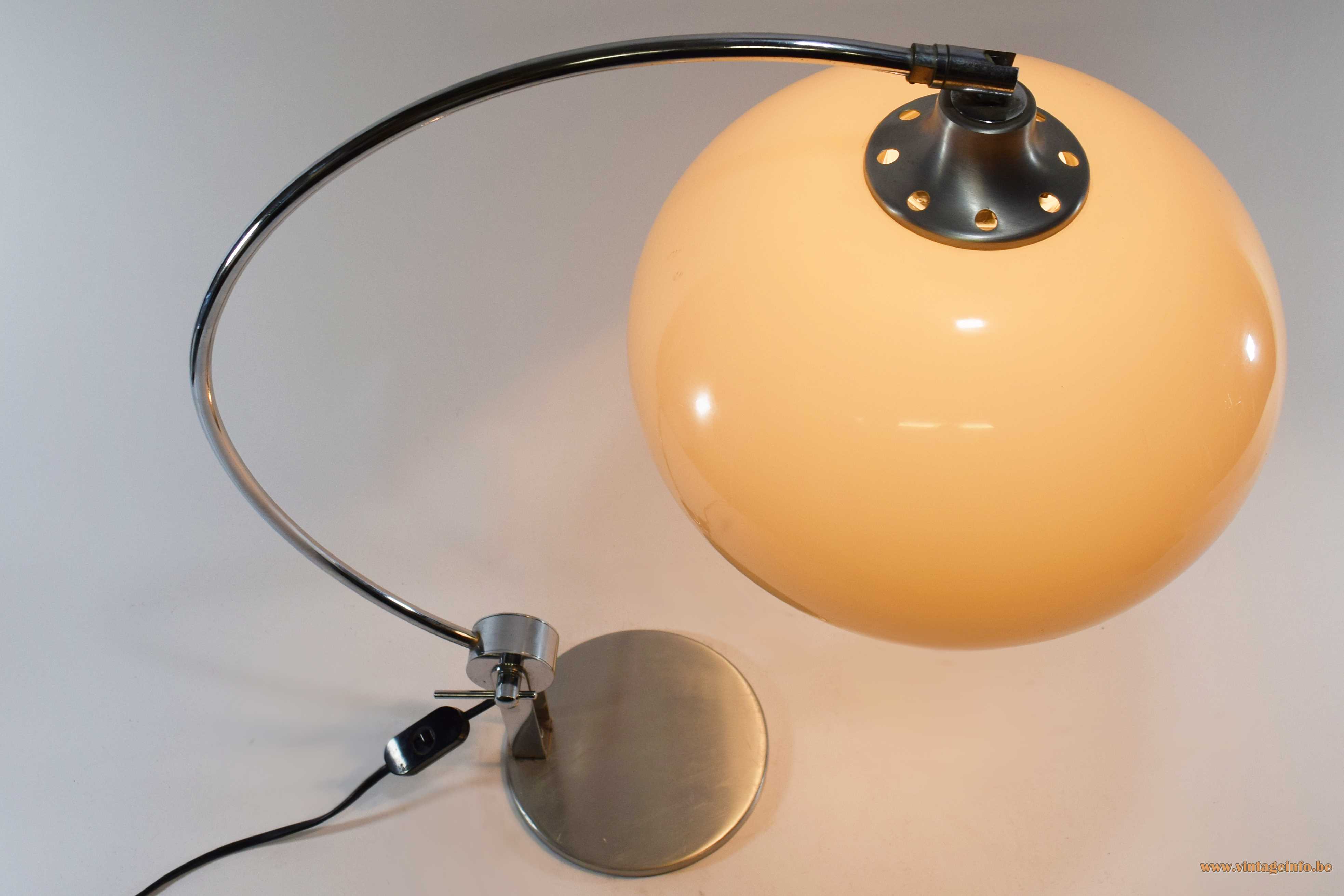 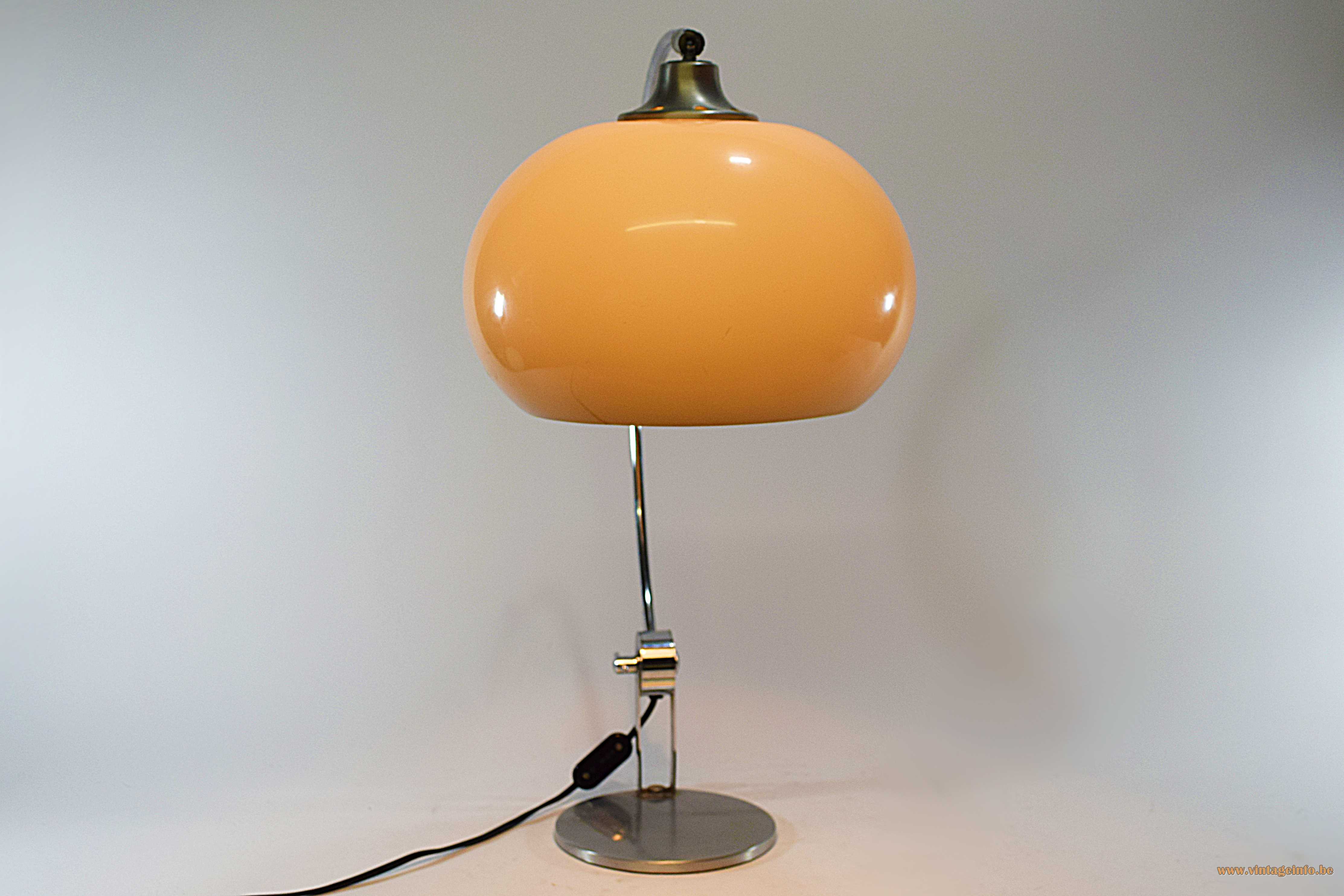 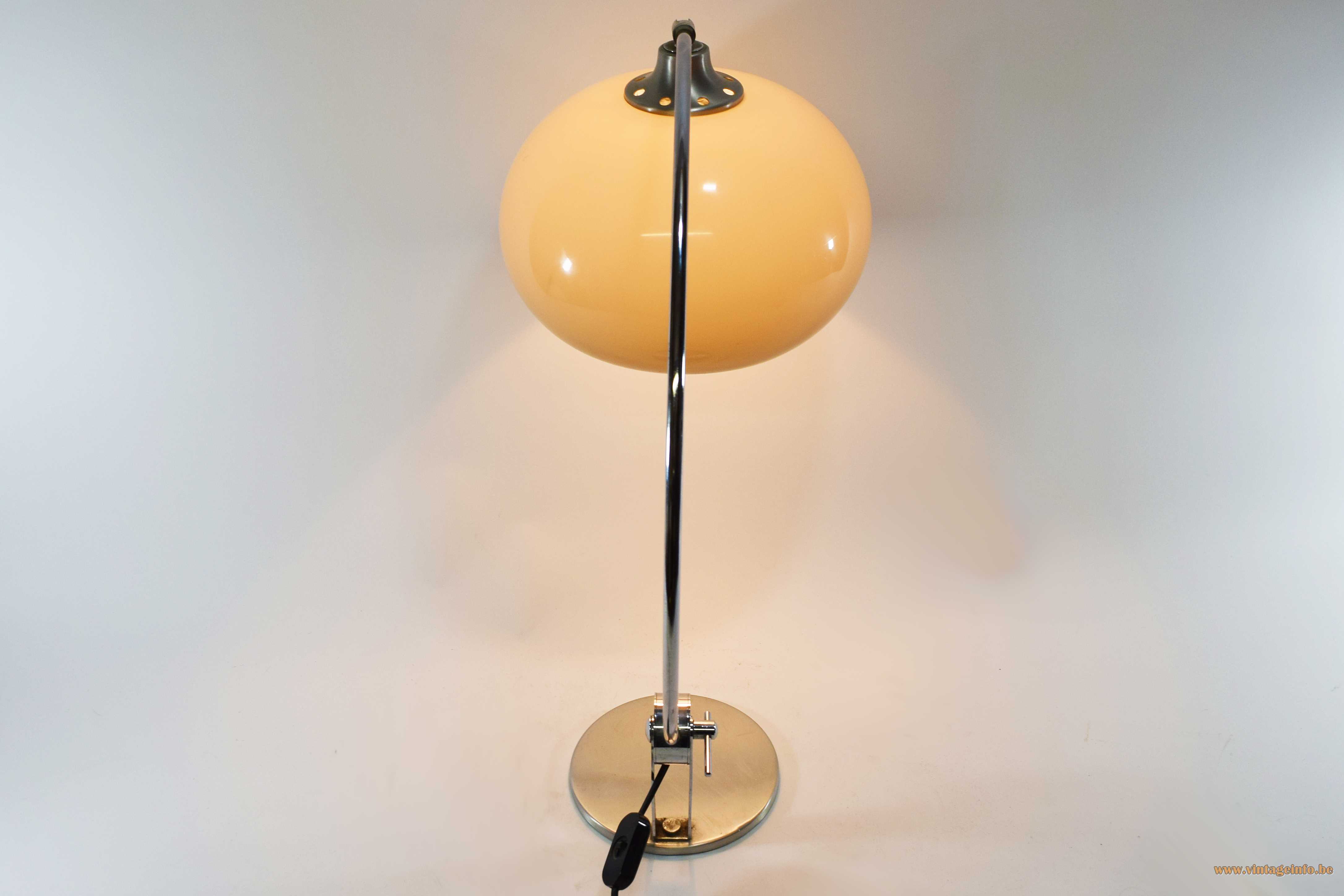 Other versions: This chrome arc table lamp exists also with a white lampshade, possible also made in other colours. It was also made as a big floor lamp, in several variations. The floor lamp exists also with a brushed aluminium lampshade. Often said that these lamps were made by Reggiani, but they are not. The lampshade was made by the same company that produced the lampshades for the Dutch companies Dijkstra and Herda. At least they are made exactly the same. The metal base of this table lamp was used for several other lamps. Among others this Guzzini style globe table lamp.