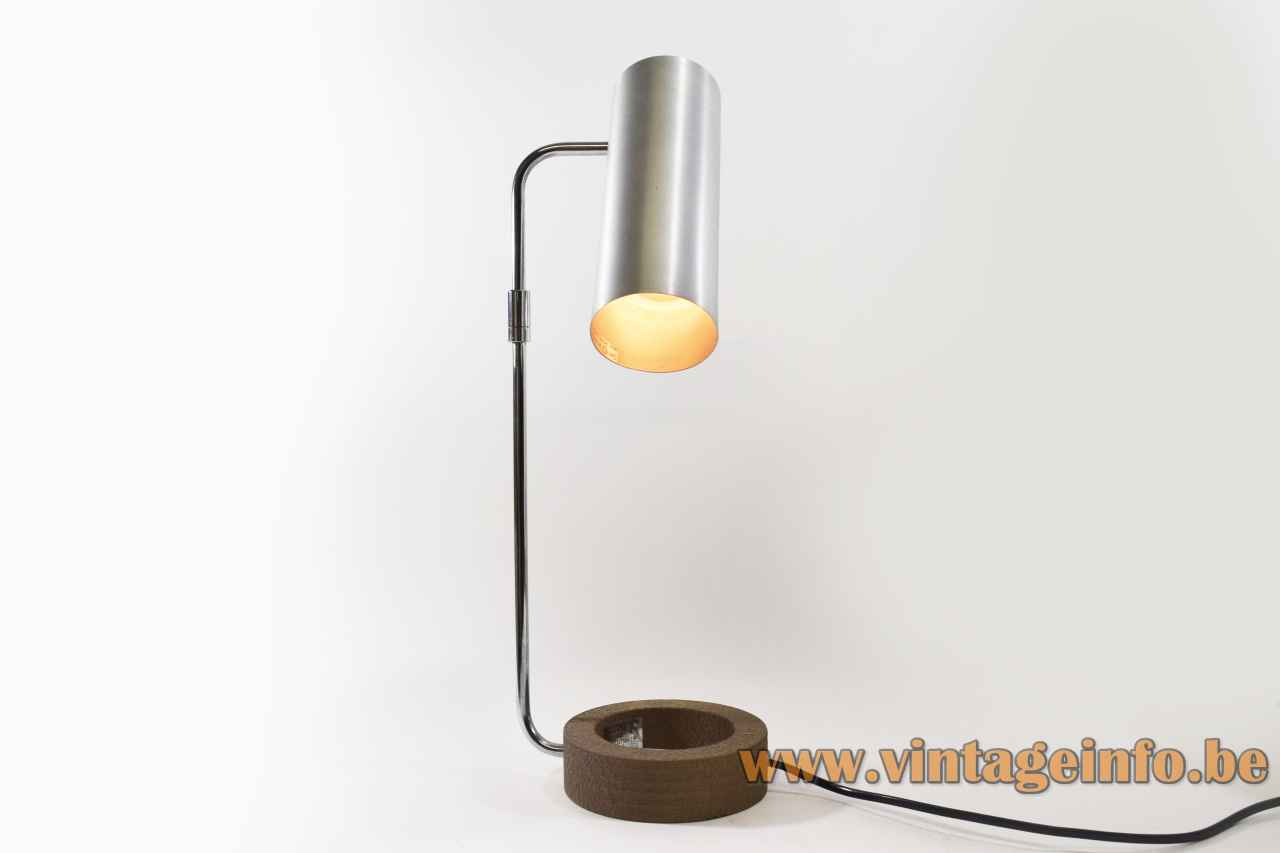 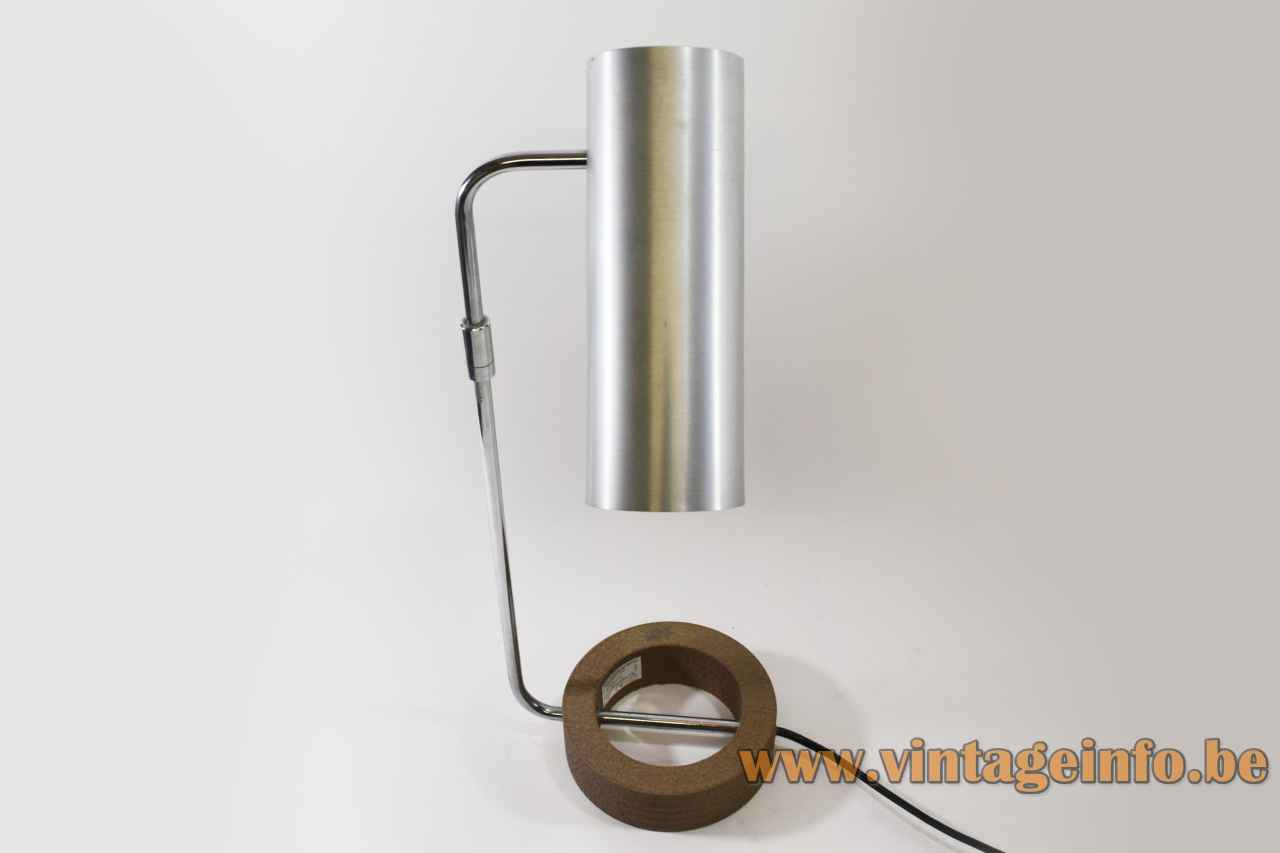 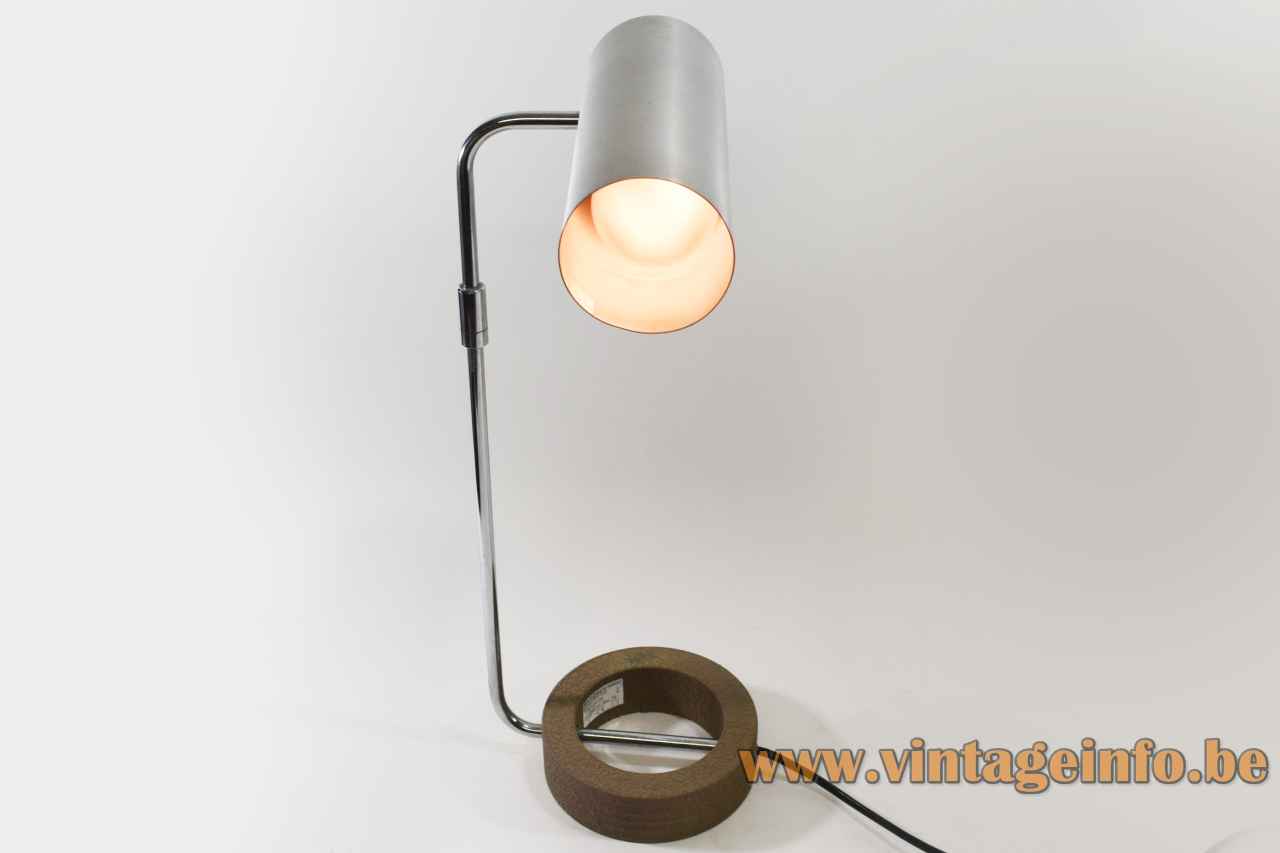 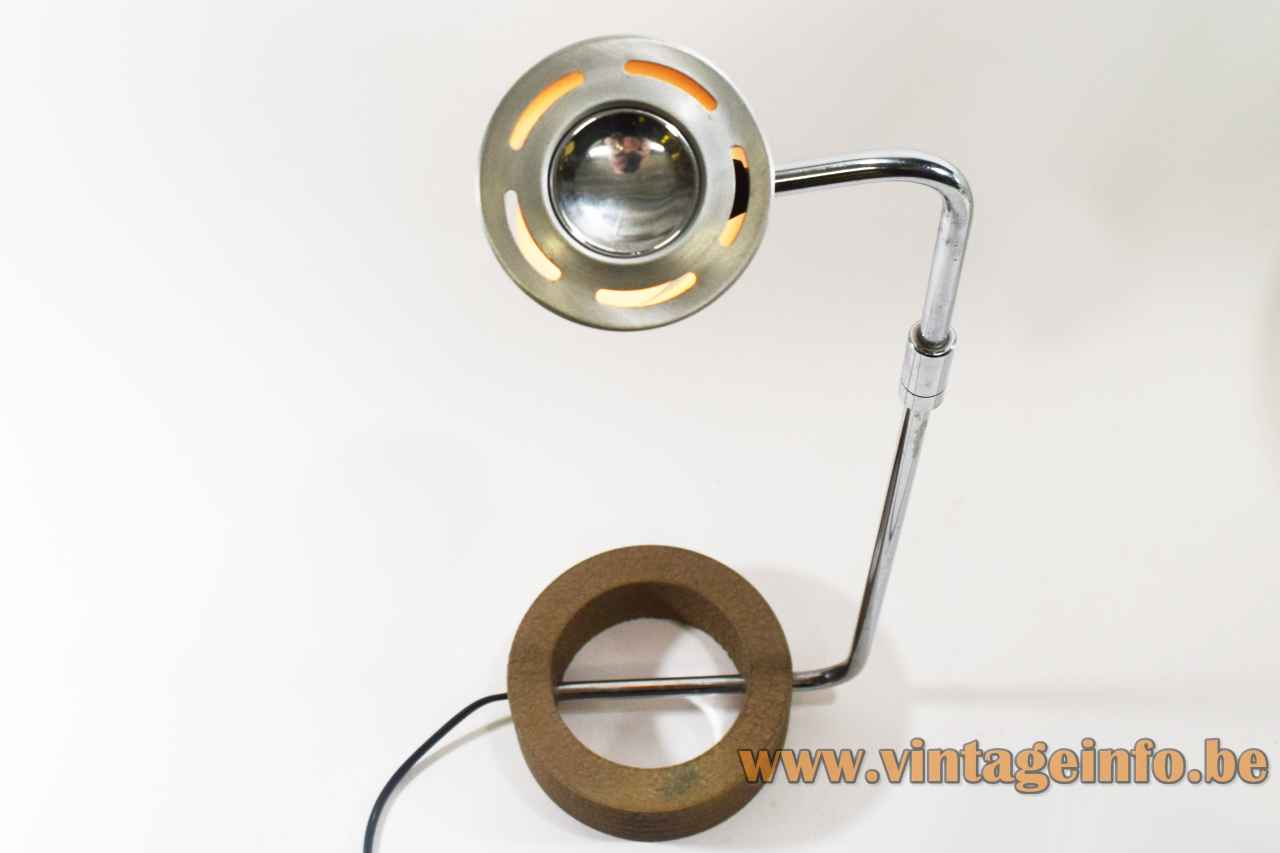 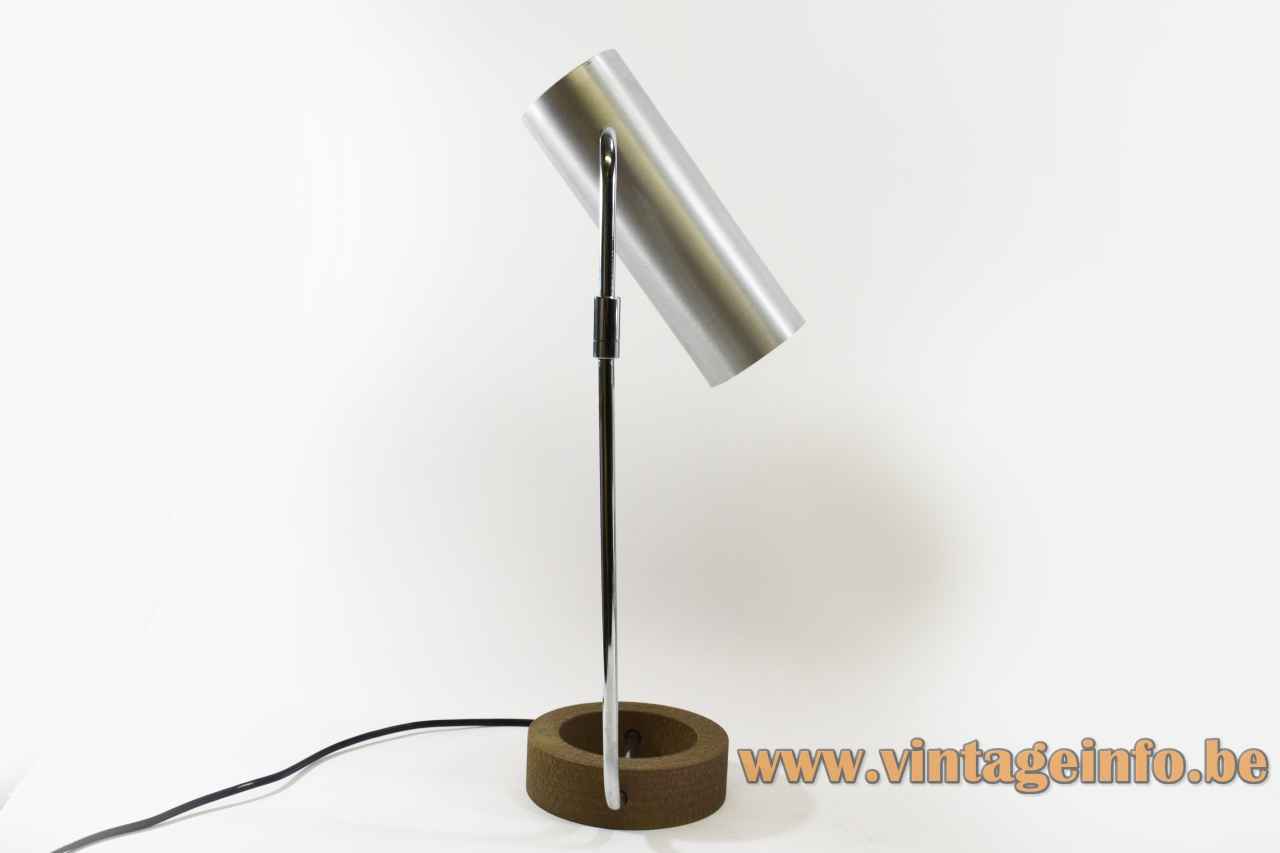 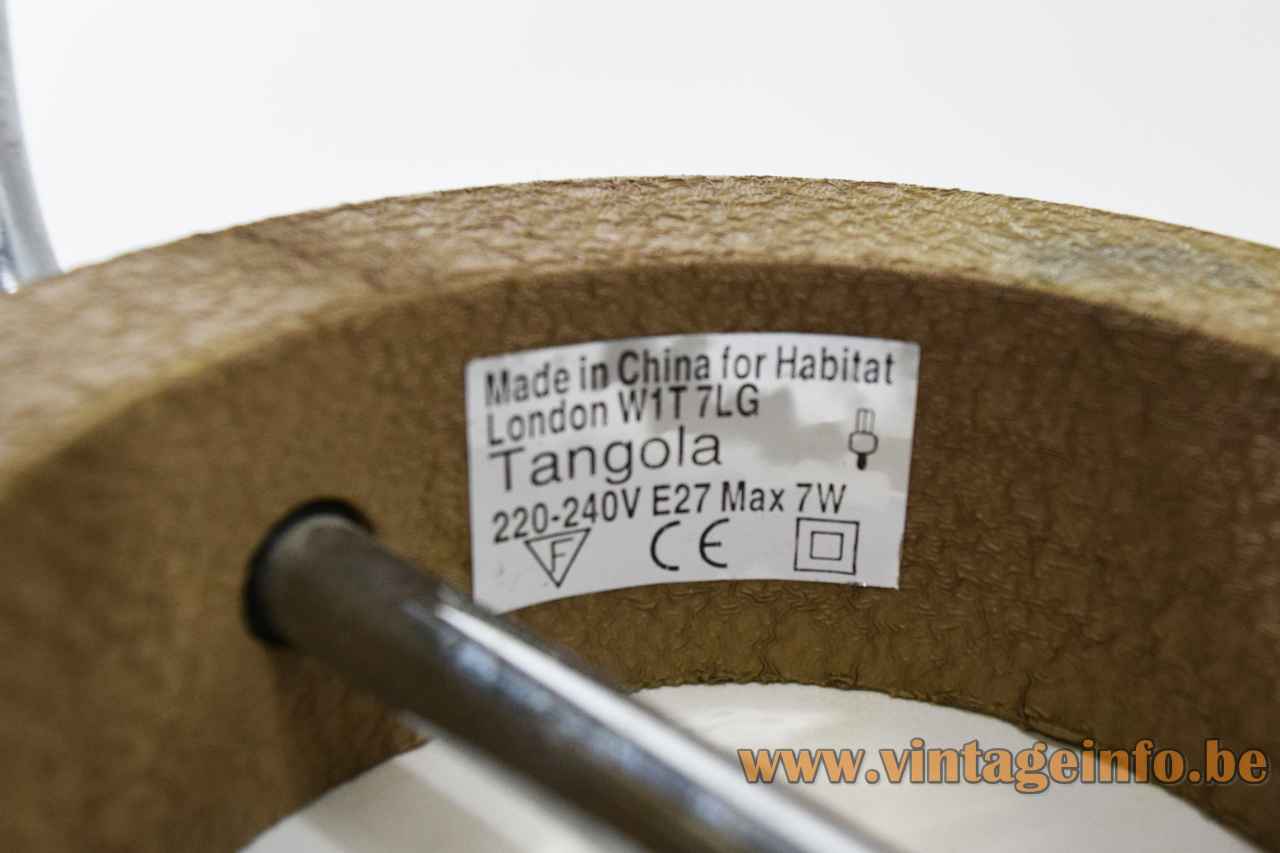 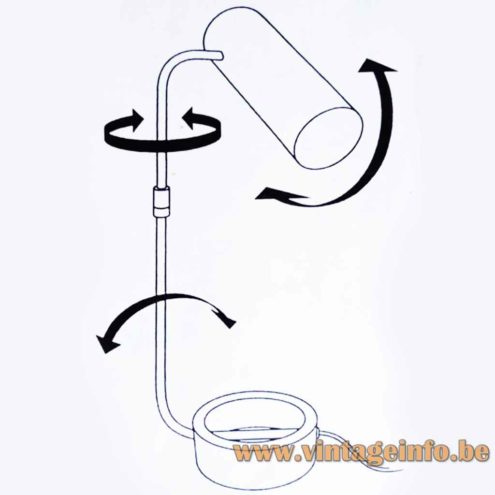 Other versions: The Habitat Tangola desk lamp was also made as a floor lamp. It exists in several colours.

Often said it is a design of Spanish architect and industrial designer Paul Mayén (1918 – 2000). But he was the founder of Habitat Inc, USA. Another Habitat company. It’s got nothing to do with the English one. Paul Mayén designed many items for his company, but it is all a long time ago.

Some suggest it is a reissue of his design, but were is the original lamp? I could not find any proof for it. Do you have an idea? Please let us know through the contact form and help improve the websites exactitude.

Sometimes said it is a Baltensweiler lamp, but that can only be with bad intentions, because this lamp has two labels and they don’t come off easily. Rico Baltensweiler has only designed a lamp with a similar base.

Habitat Retail Ltd, trading as Habitat is a retailer of household furnishings. Sir Terence Conran (1931 – 2020) founded the company in London in 1964, together with his wife and some friends. Among others, Spanish designer Paul Mayén (1916 – 2000).

The business expanded quickly and in 1973 the first store in Europe was opened in Paris, France. The company expanded and merged frequently over the years. Habitat was acquired by the Ikano Group, (originally a part of IKEA) in 1992 and reinvested in its brand in 1997 and asked designer Tom Dixon to rebuild its in-house design team.

Jonas Damon became the Design Manager of the company. He was responsible for lighting, kitchen accessories, and home accessories.

Habitat is not a lighting producer, this lamp was produced in China for the English company, as labelled.

Massive lamp with a similar cast iron base

Many thanks to Joachim from Place Called Space for the help. You can find his website over here.