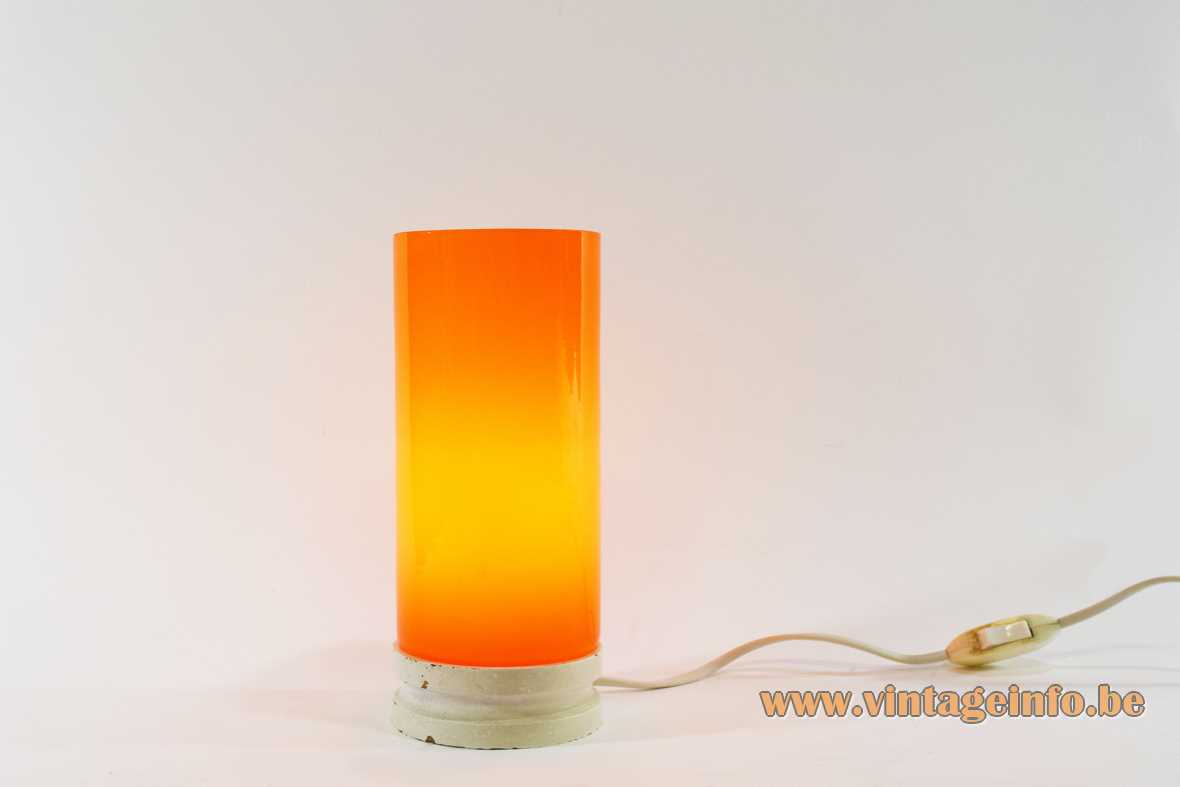 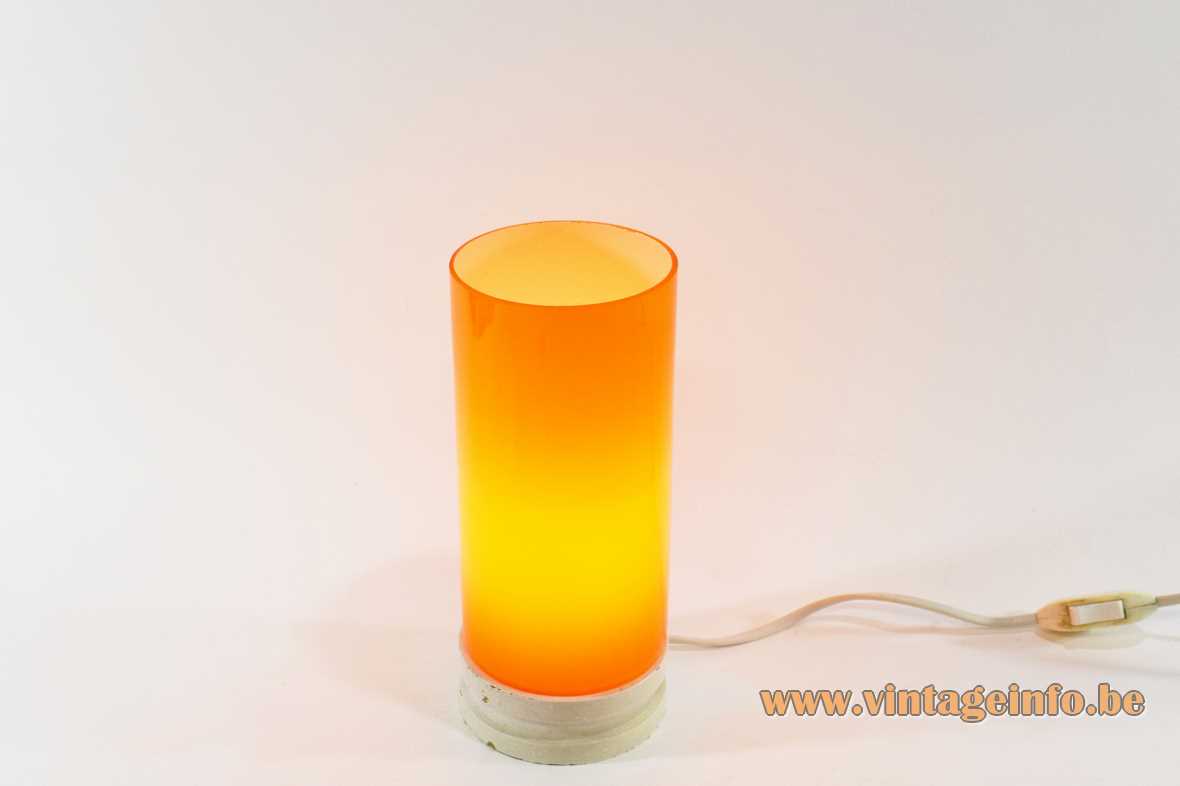 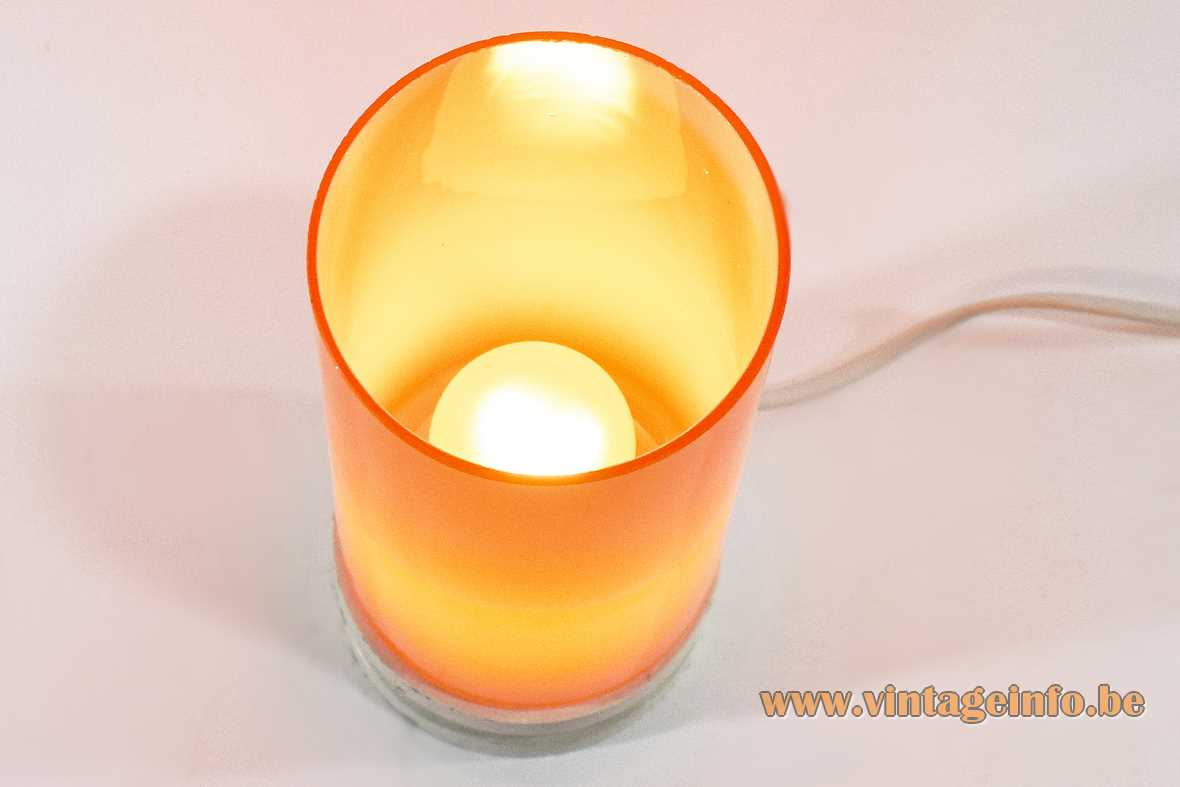 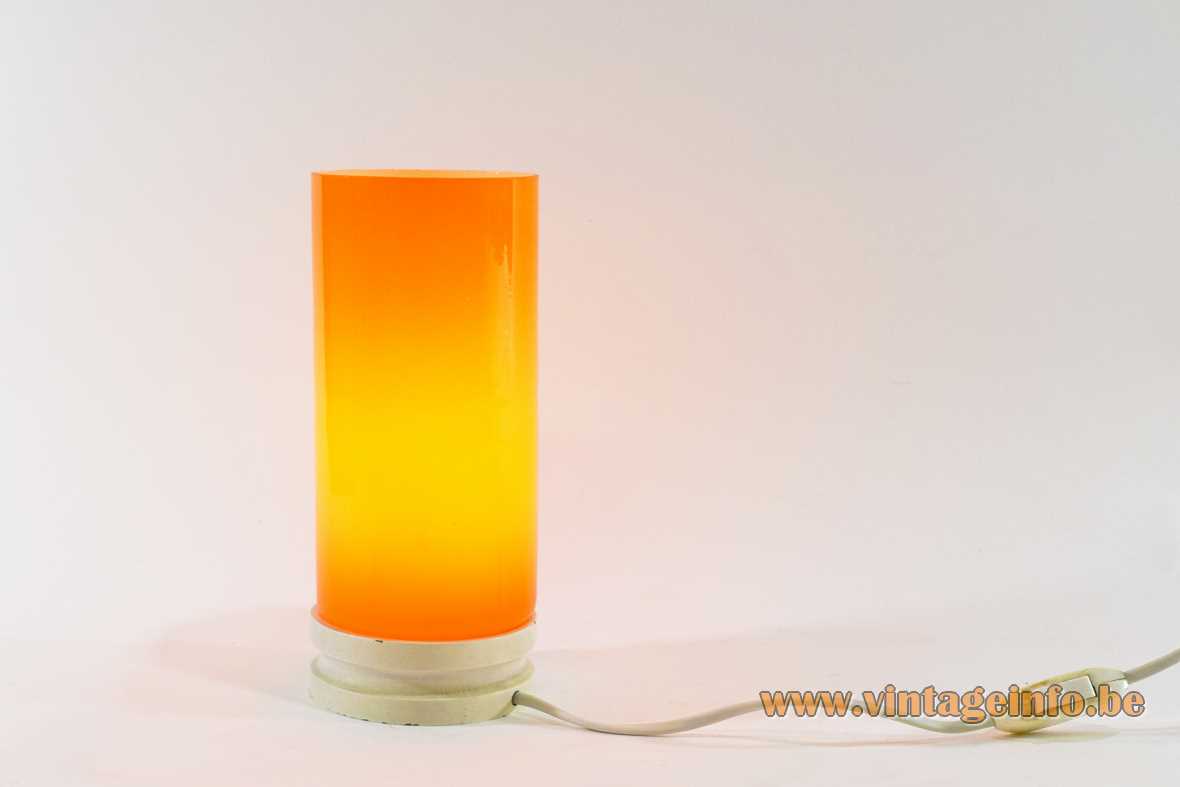 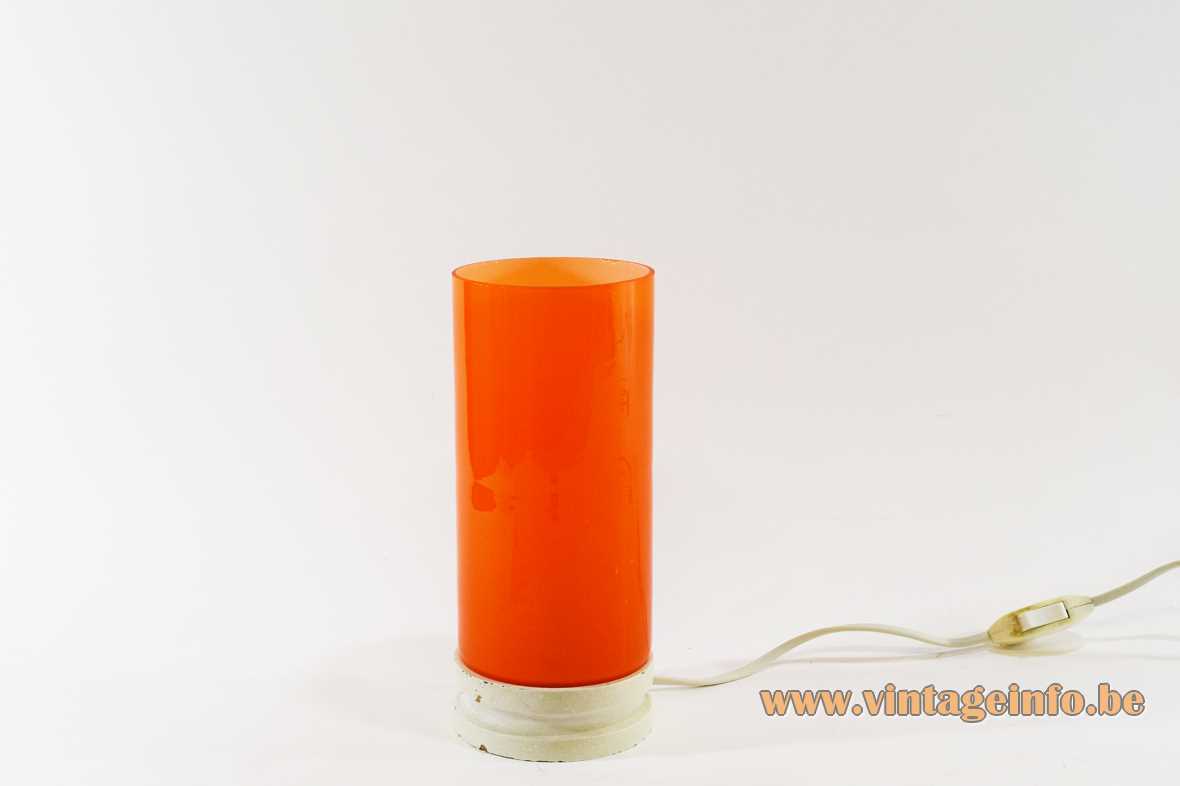 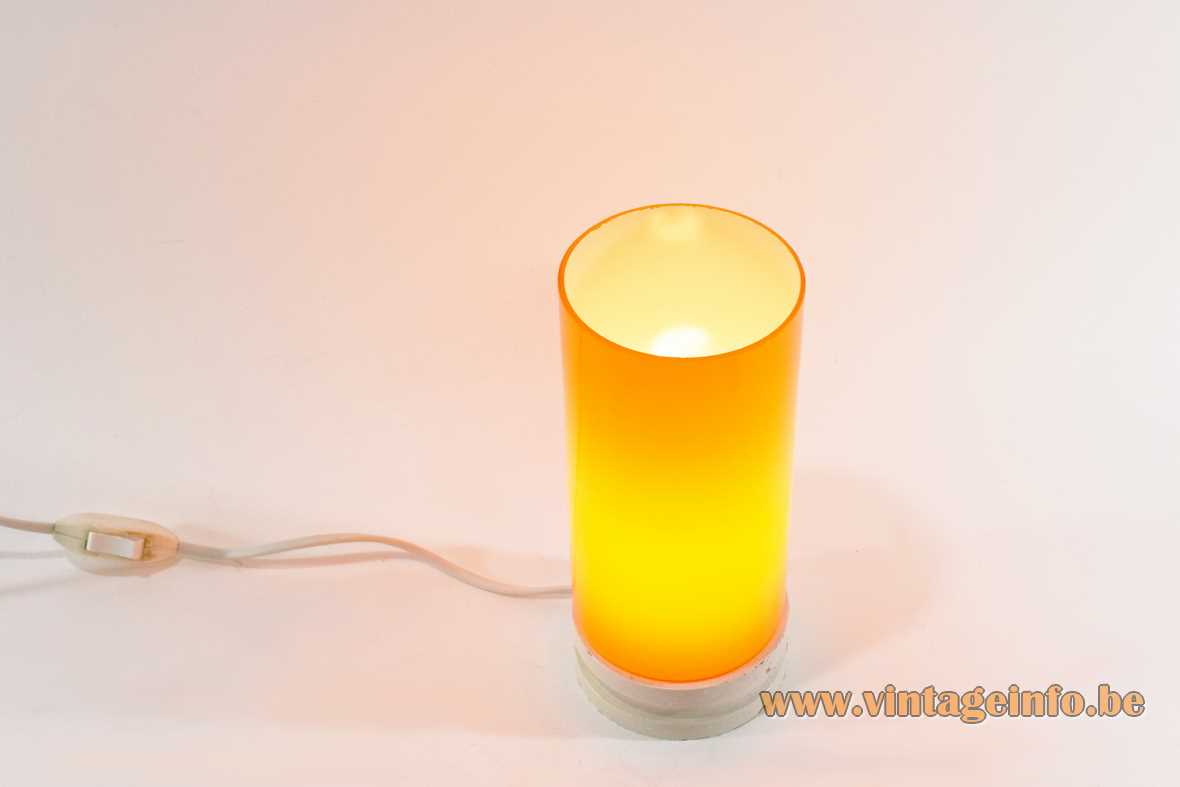 Materials: Round white painted pine wood base. Hand blown clear orange tubular glass lampshade, white glass on the inside (vetro doublé). Green felt on the bottom of the base. Bakelite E27 socket.

Other versions: This orange glass tube table lamp was probably made in several colours.