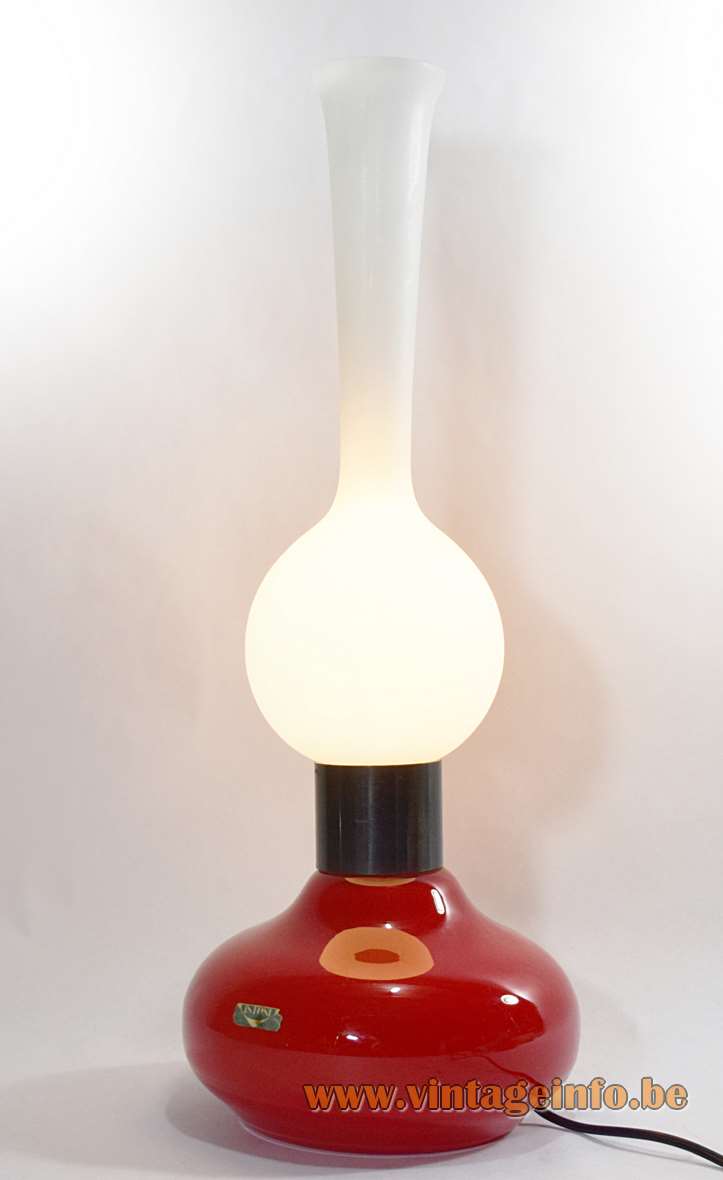 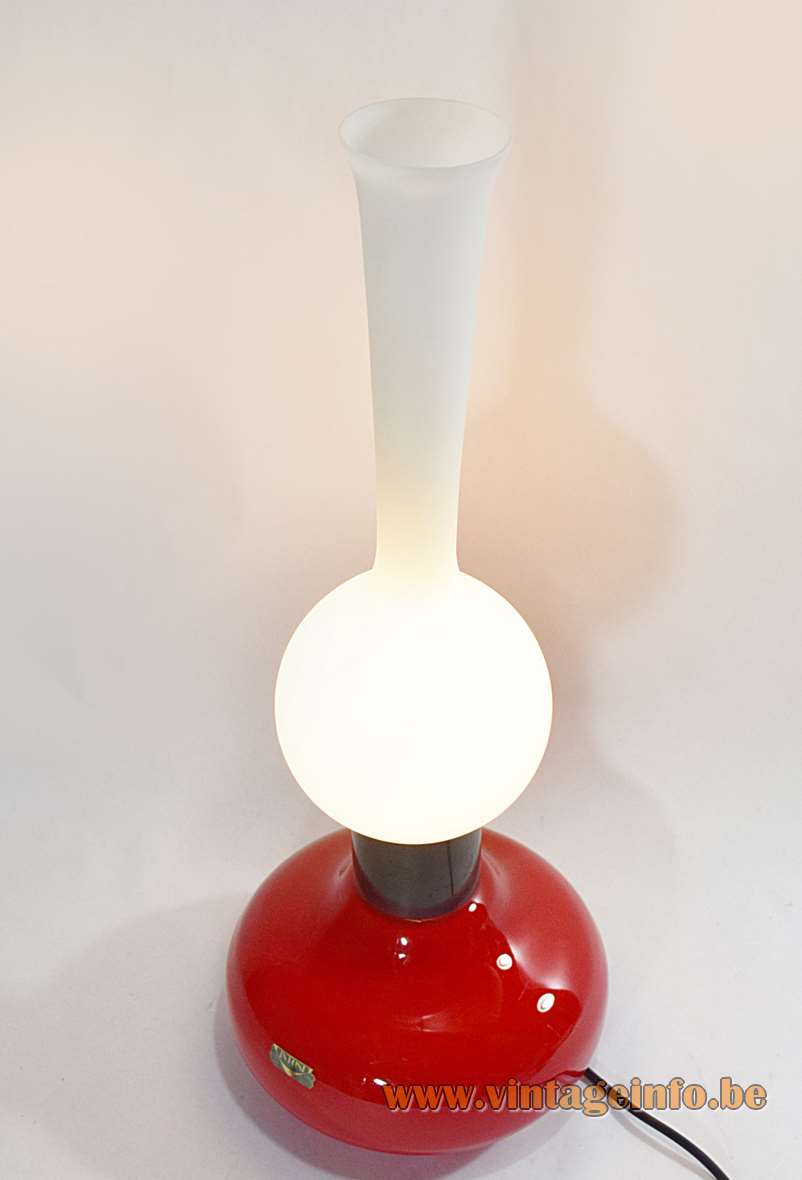 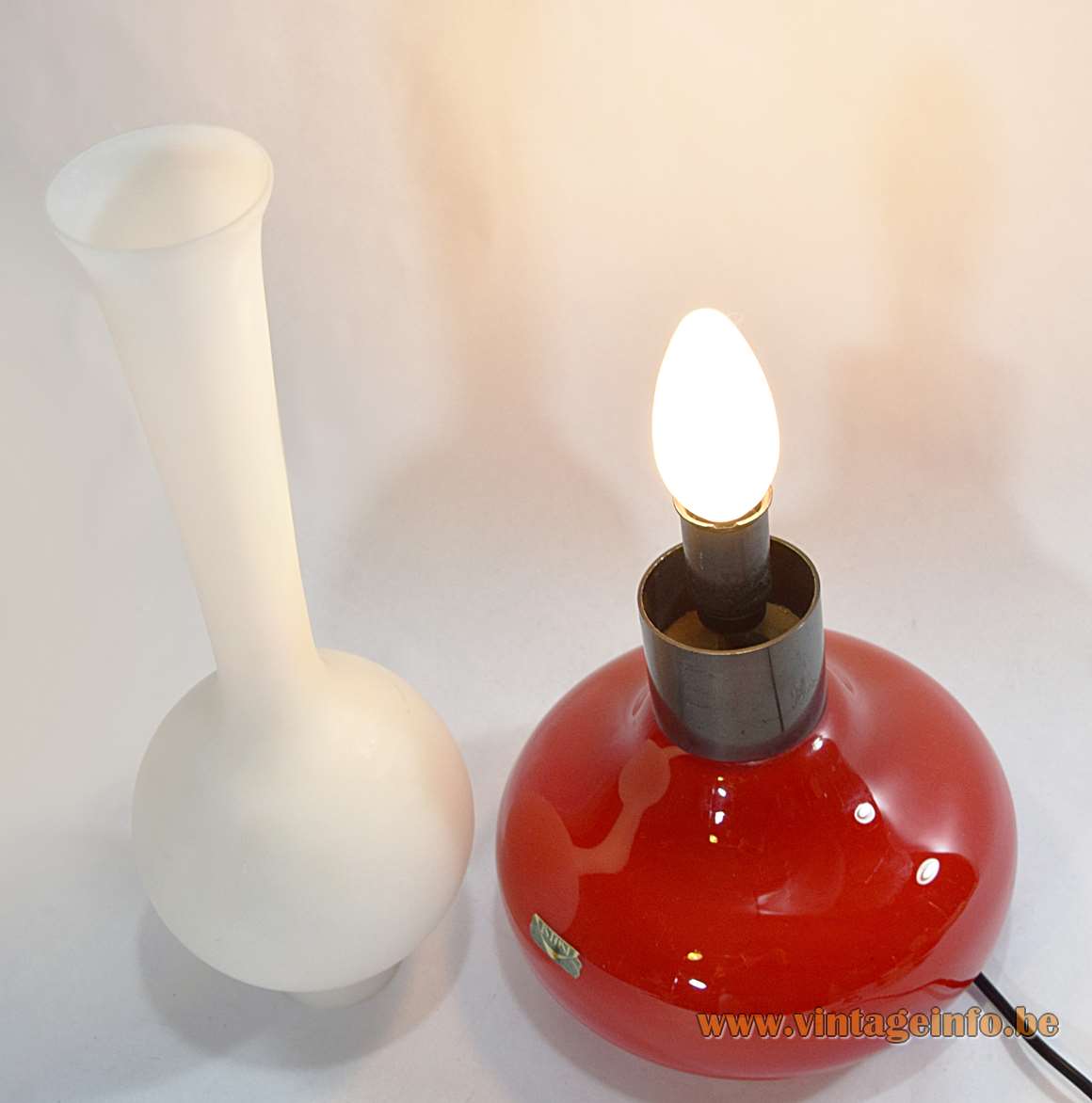 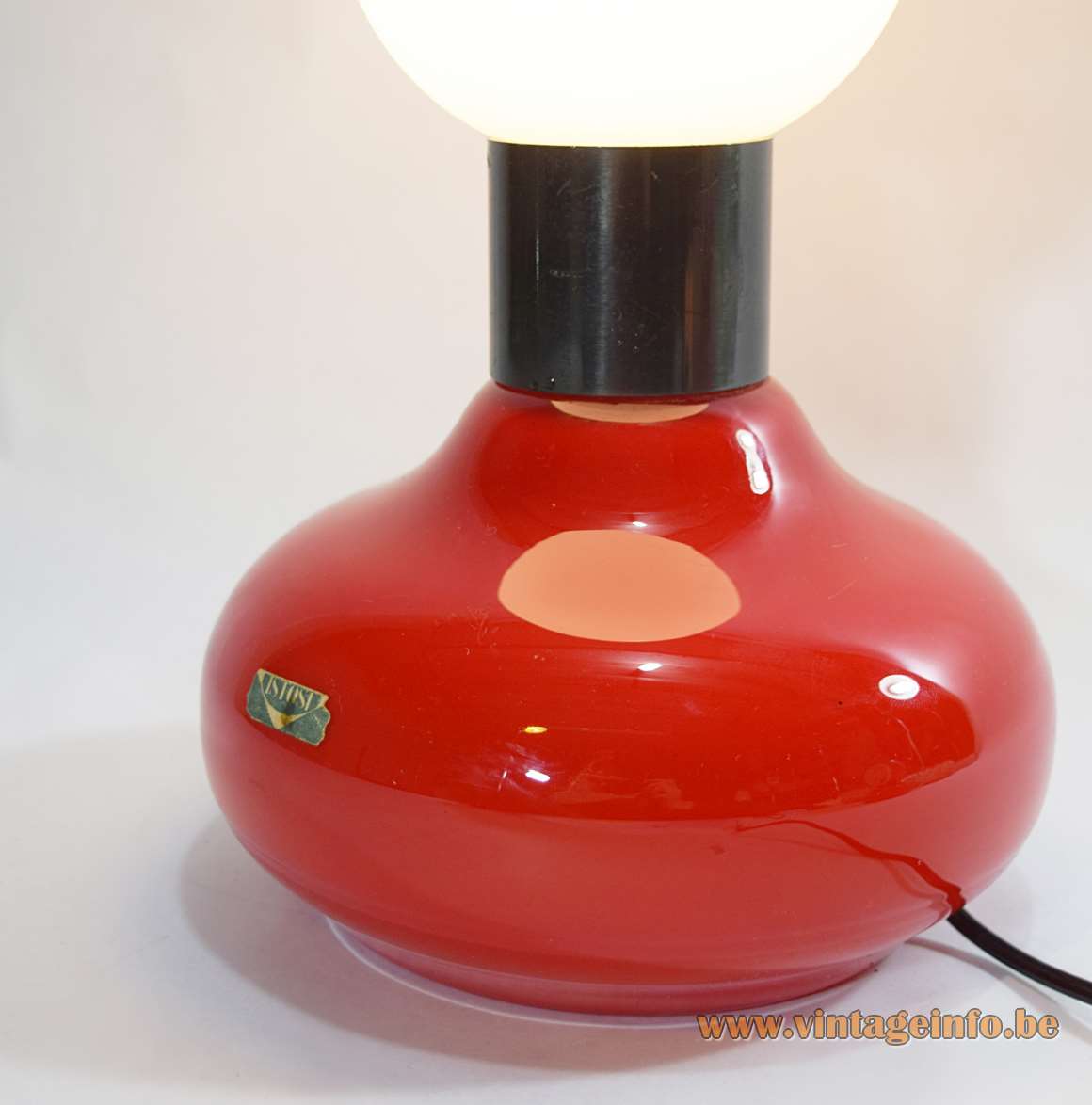 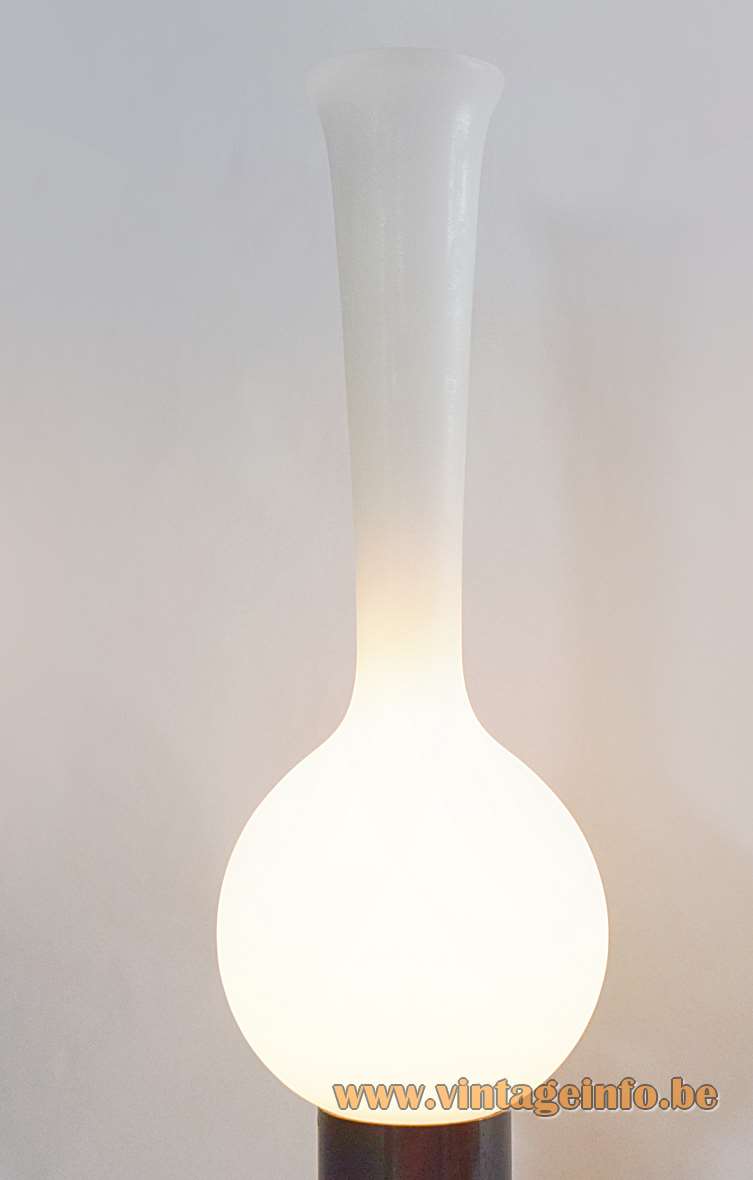 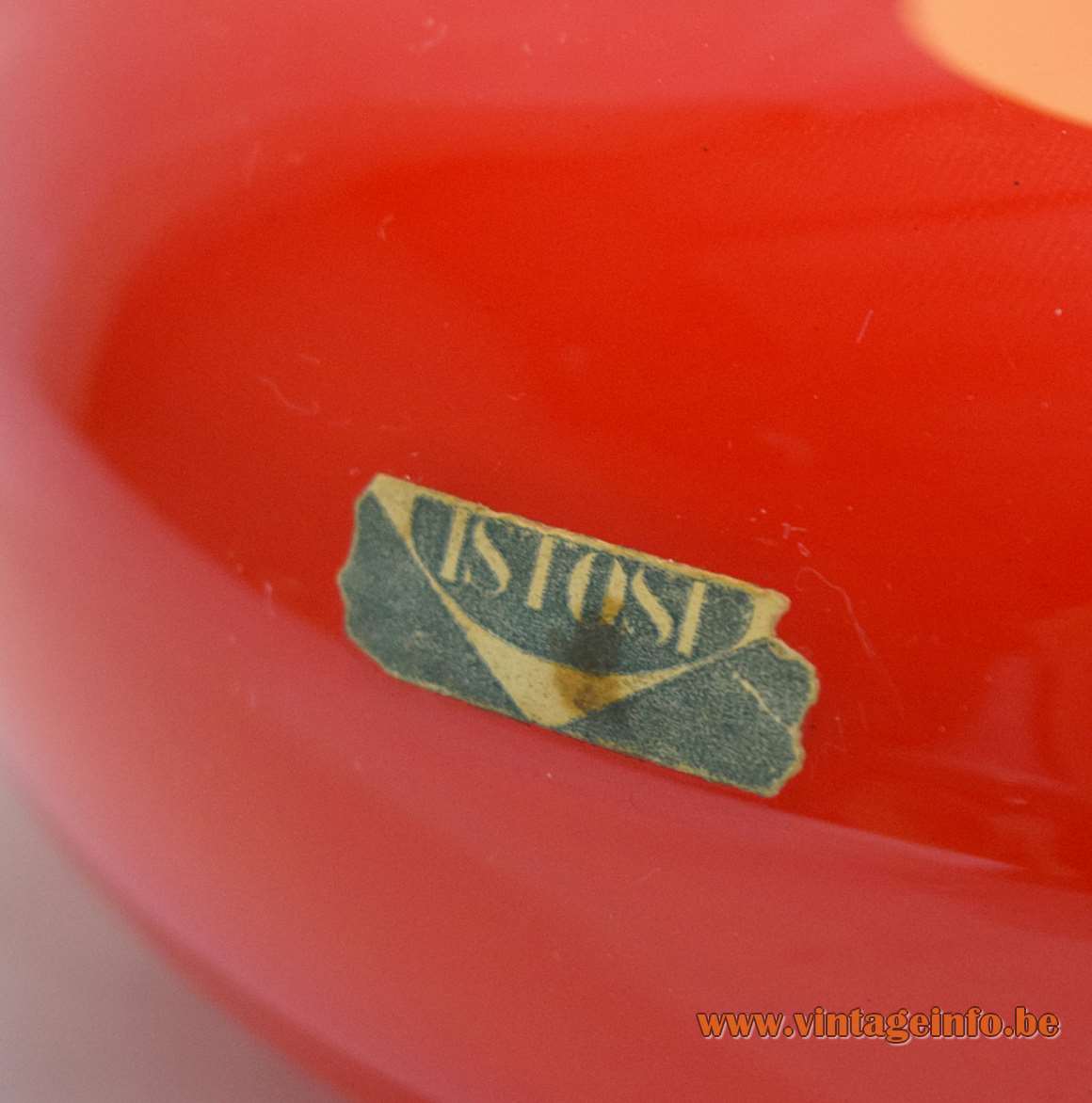 Other versions: This 1950s Vistosi oil table lamp exists in all probability in other colours and sizes. Very rare table lamp. A very similar table lamp, but made in a candlestick style, can be found here on Vintageinfo.