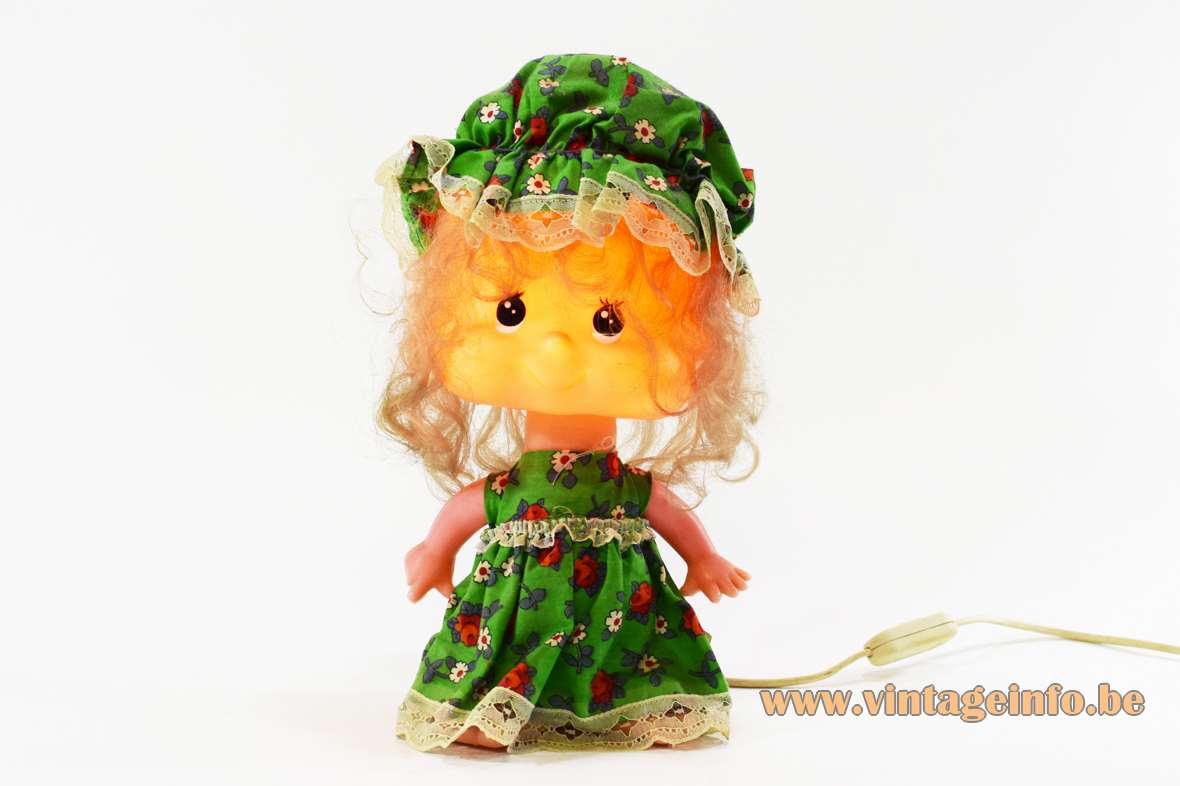 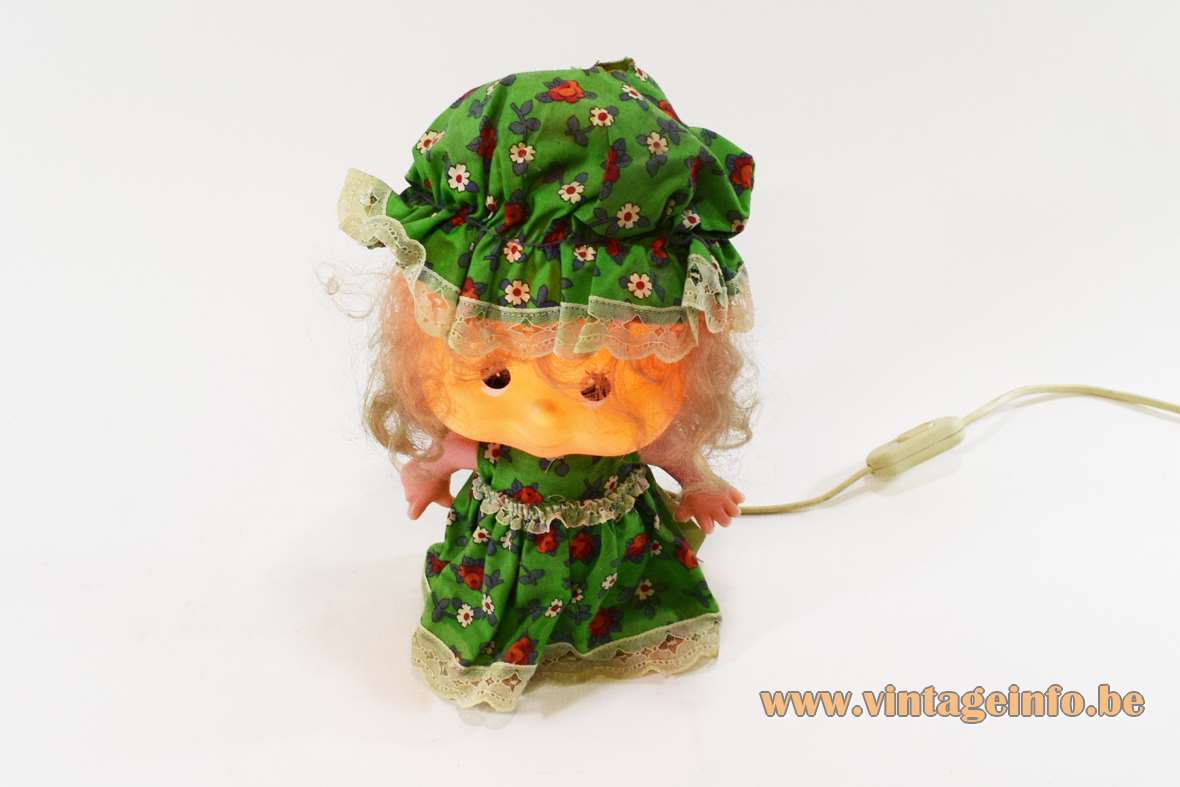 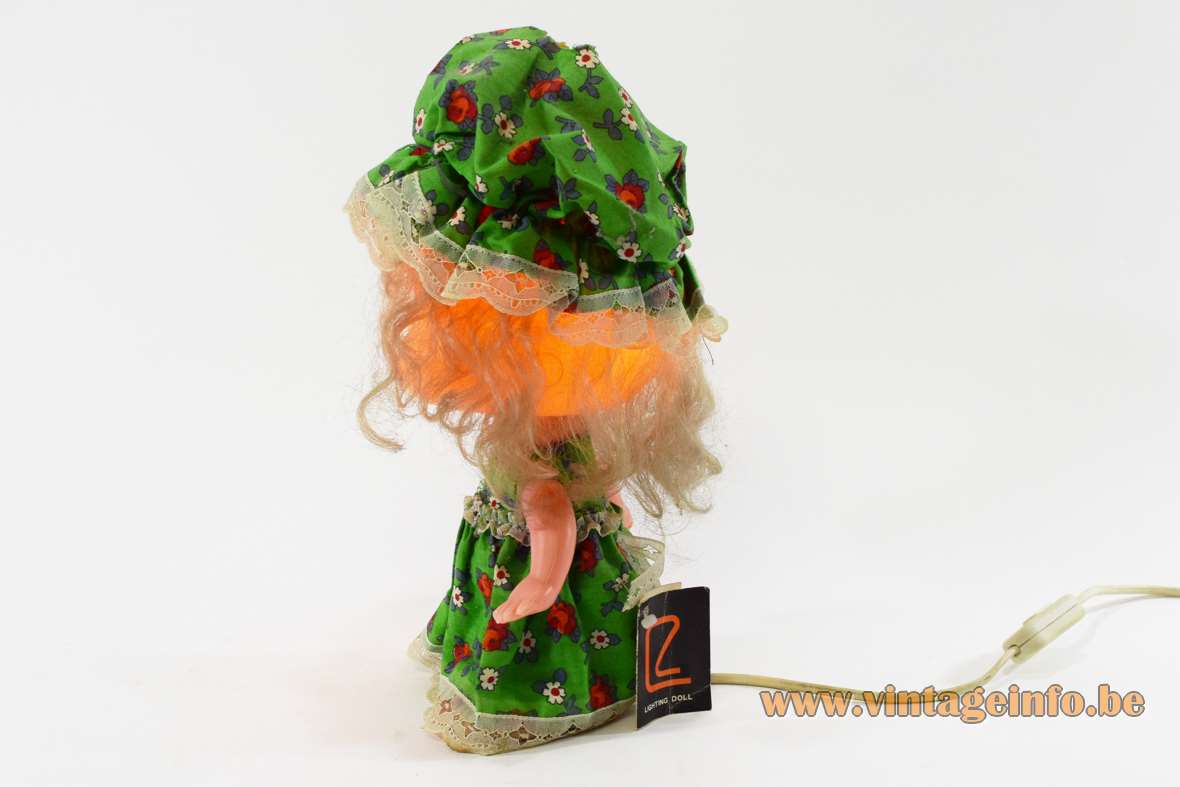 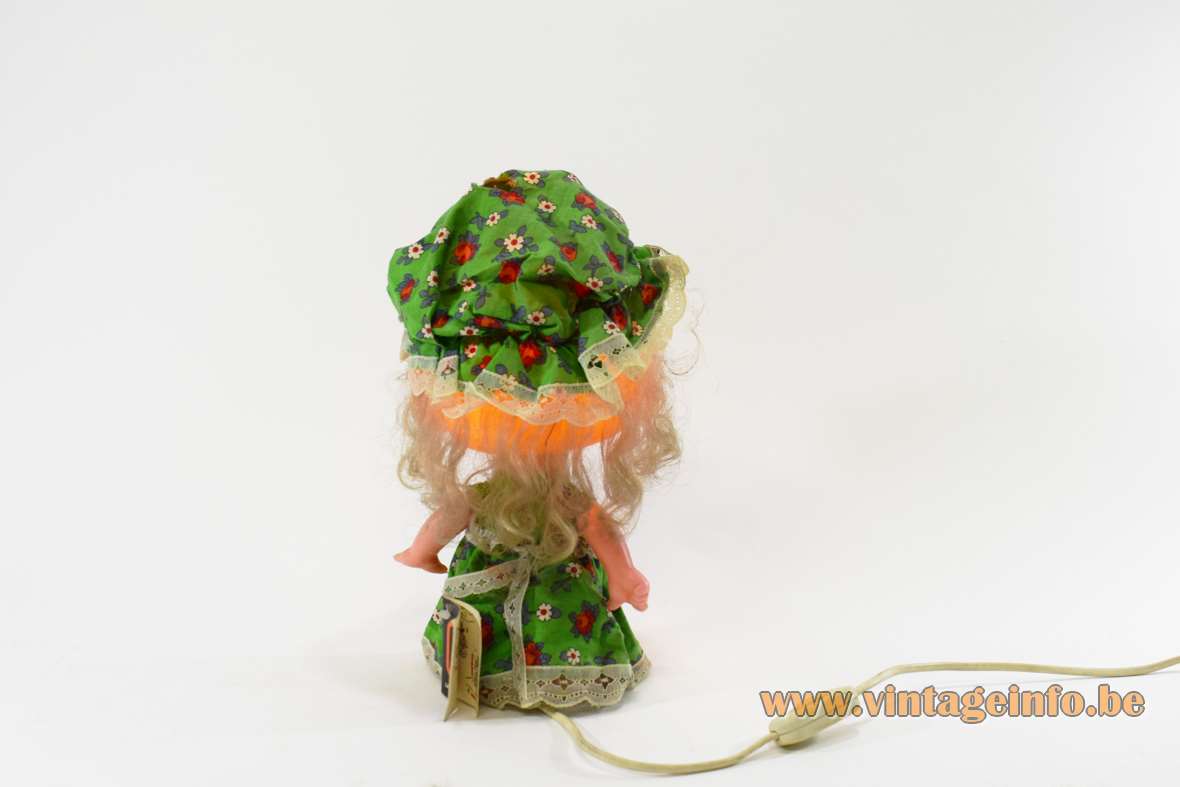 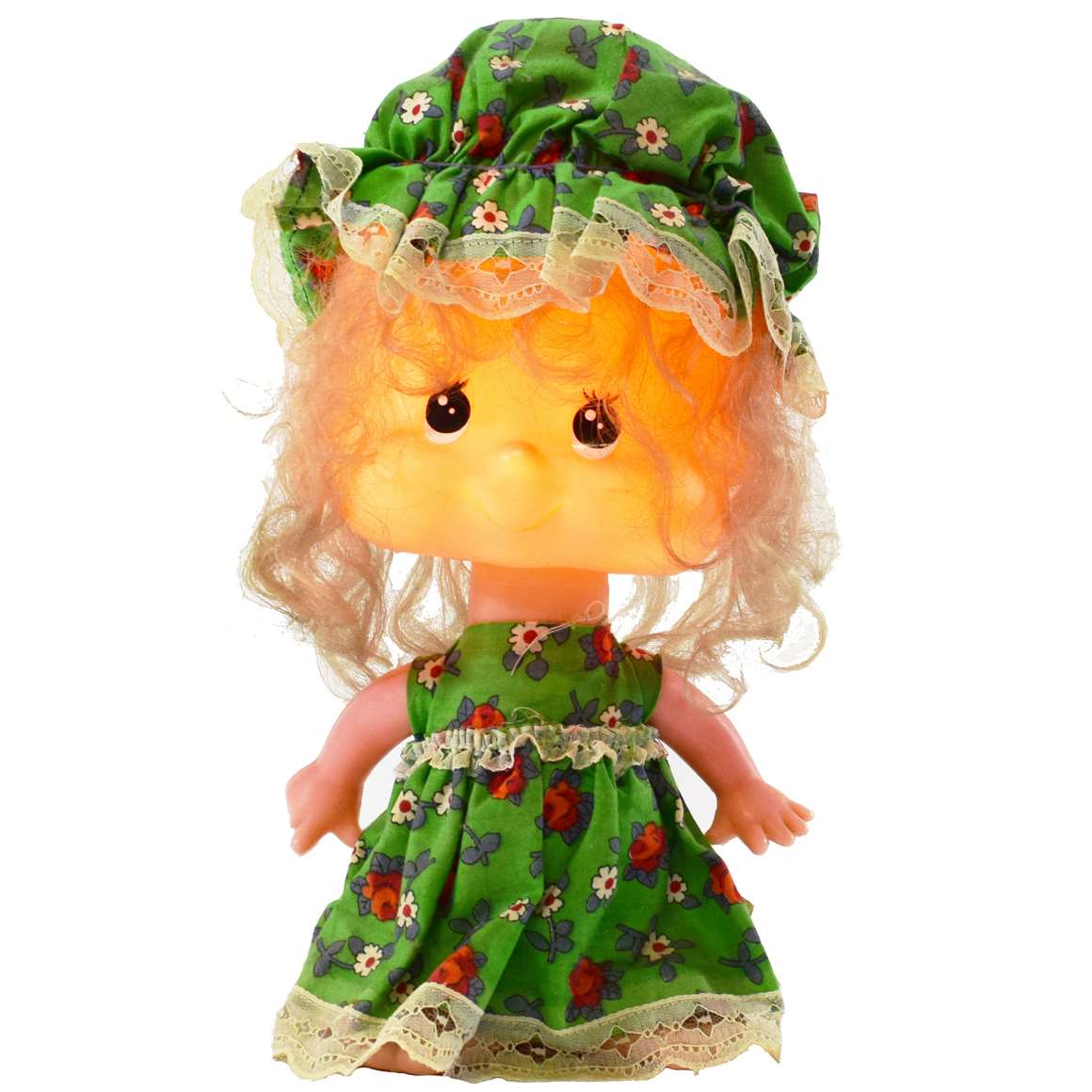 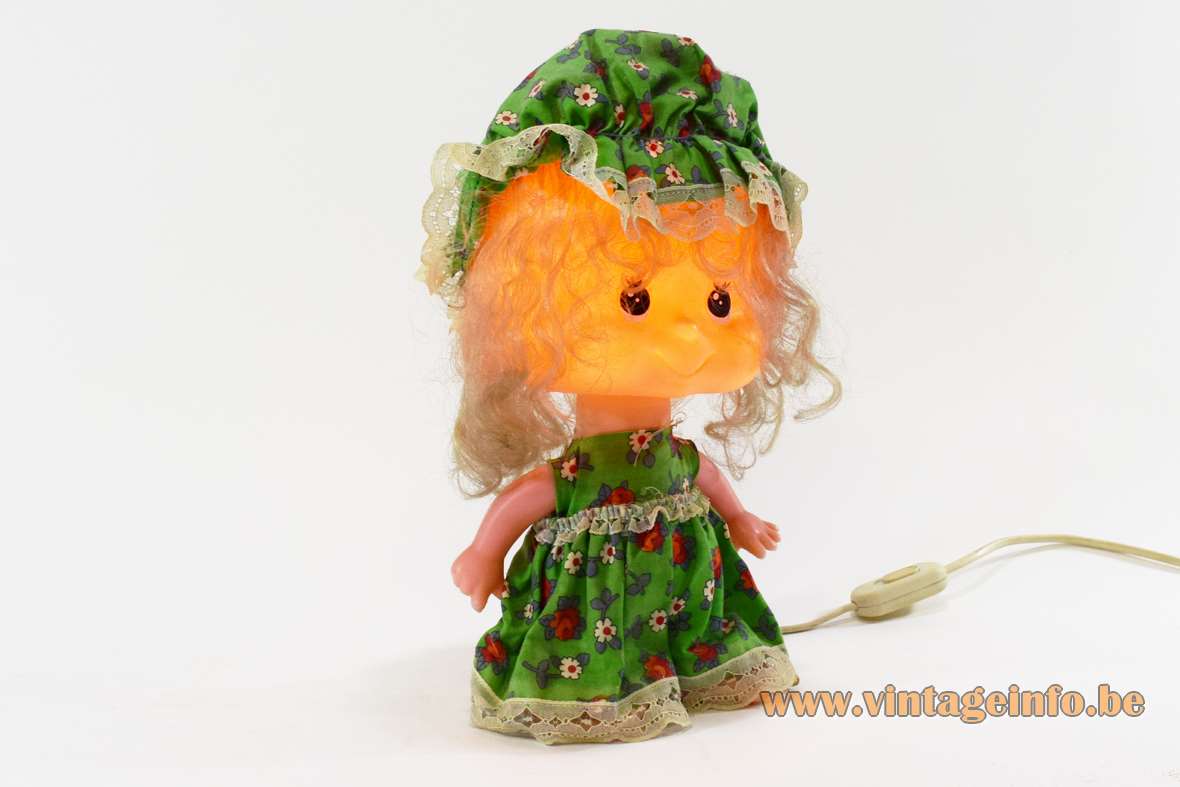 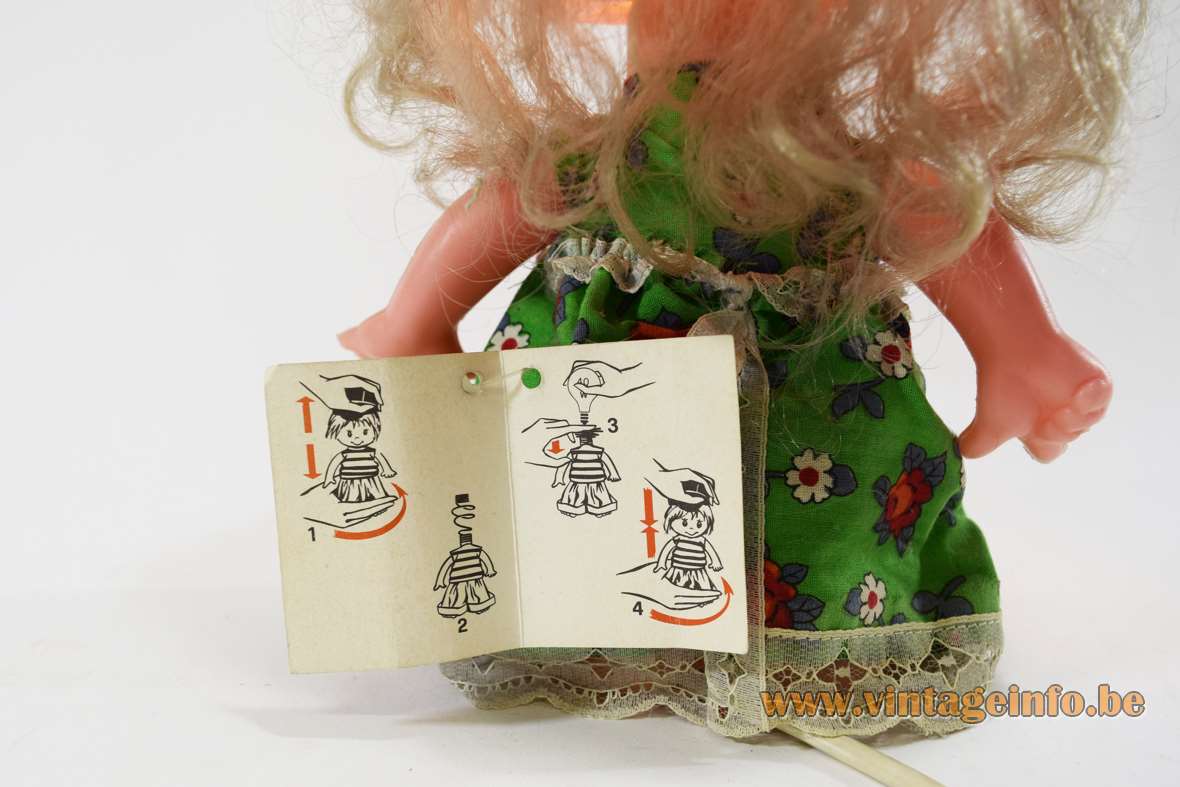 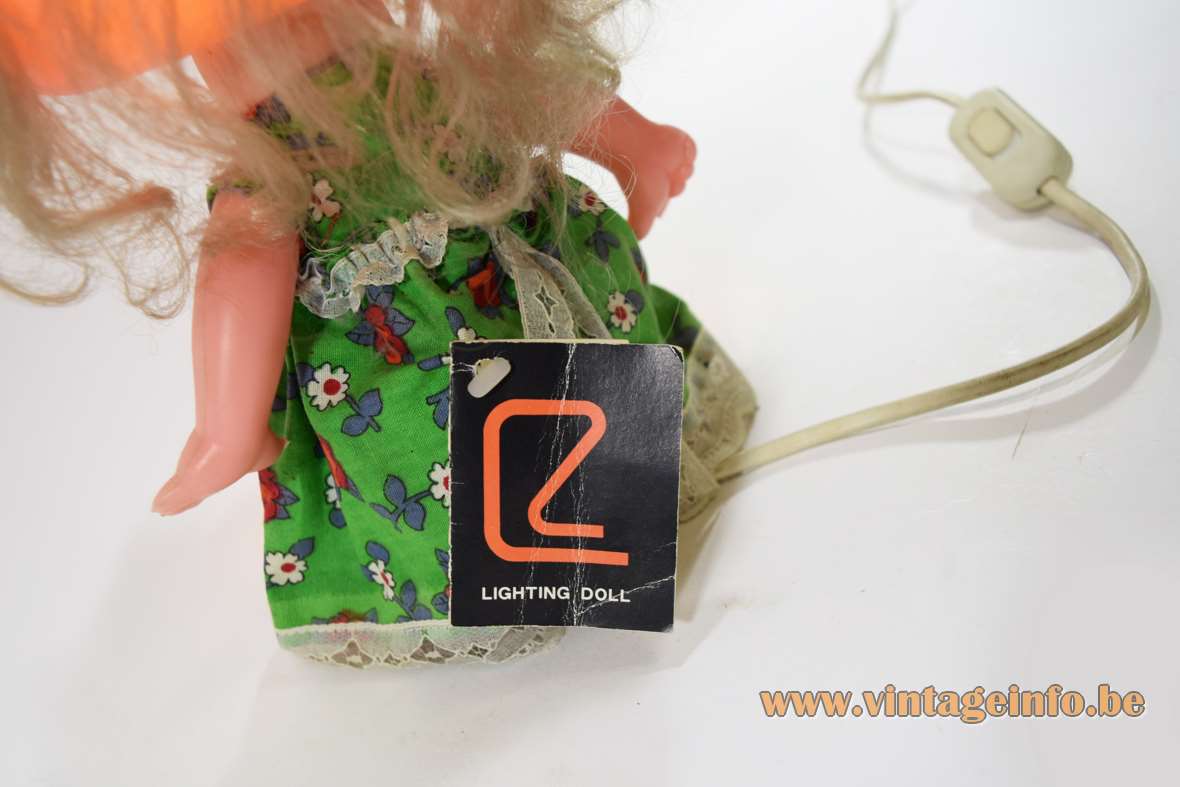 Other versions: Several different models of this Linea Zero bobblehead rag doll table lamp were produced. Other colour clothes, other figures and other dolls, as you can see below. This rag doll lamp was also made in blue, you can find it over here.

Also Stilfer from Milan produced bobble-head lamps. The most well known are the plastic robot and insect lamps they produced.

The electric parts were produced in the late 1970s by VLM Components from Italy.

This lamp is made in the style of the drawings made by Denise Holly Ulinskas, who created Holly Hobbie in the 1960s. Other drawings of little girls at that time were named Miss Petticoat and Sarah Kay.

Vivien Kubbos, born in the 1940s, was a freelance illustrator from Sidney, Australia who began creating Sarah Kay collections for Valentines Sands Greeting Cards in the early 1970s. The name Sarah Kay has it’s origin in the name of her fathers dog Sarah and the Kay is K for Kubbos. The works of Vivien Kubbos were “discovered” by two book publishers from Liege in Belgium and extended to Germany, Italy, Spain and Latin America. It was an instant success.

Many others had success with this kind of art. In the UK it was Miss Petticoat that also became popular in the 1970s. In Belgium we had Jaklien (Jacqueline Moerman, 1931-2011).