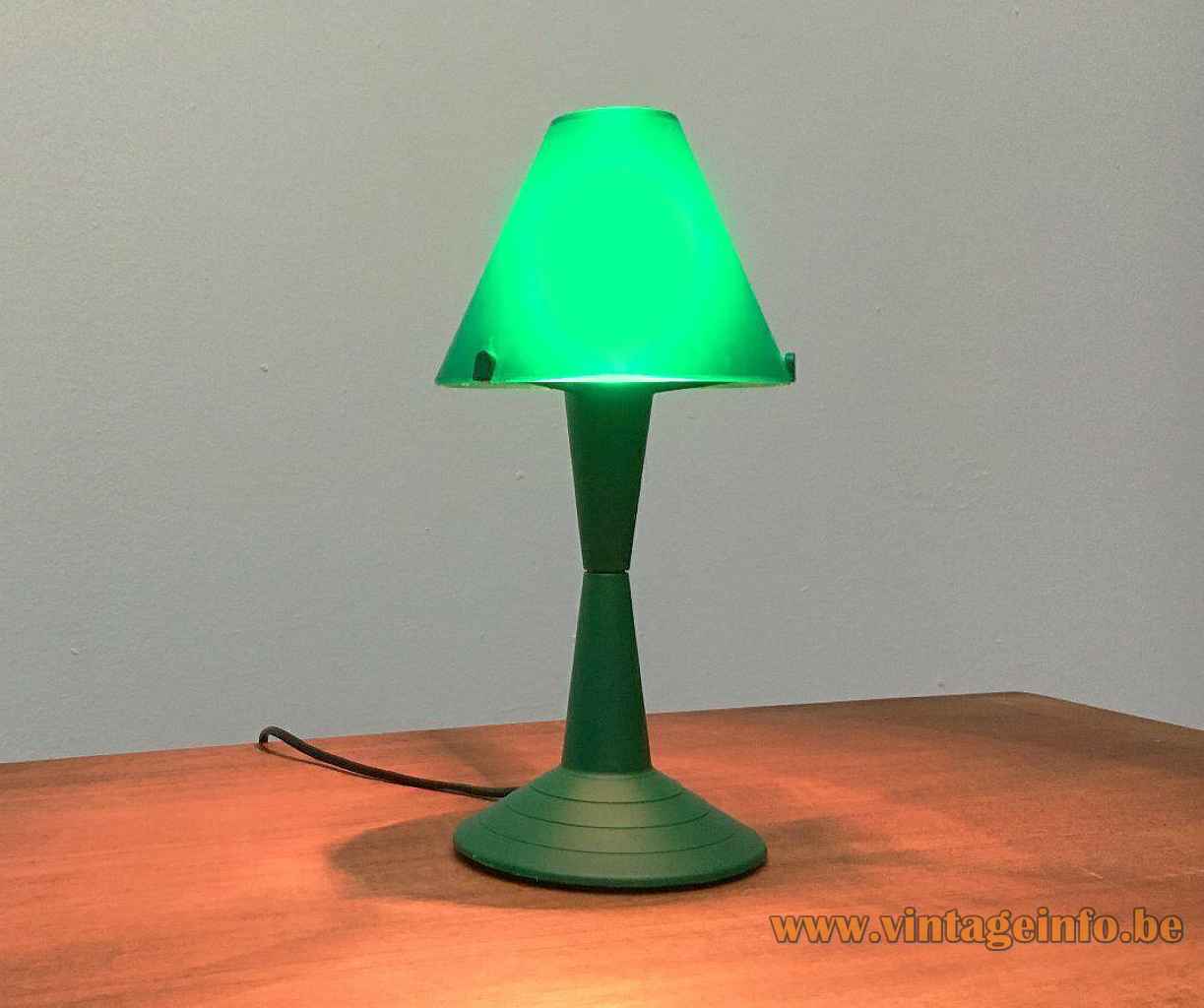 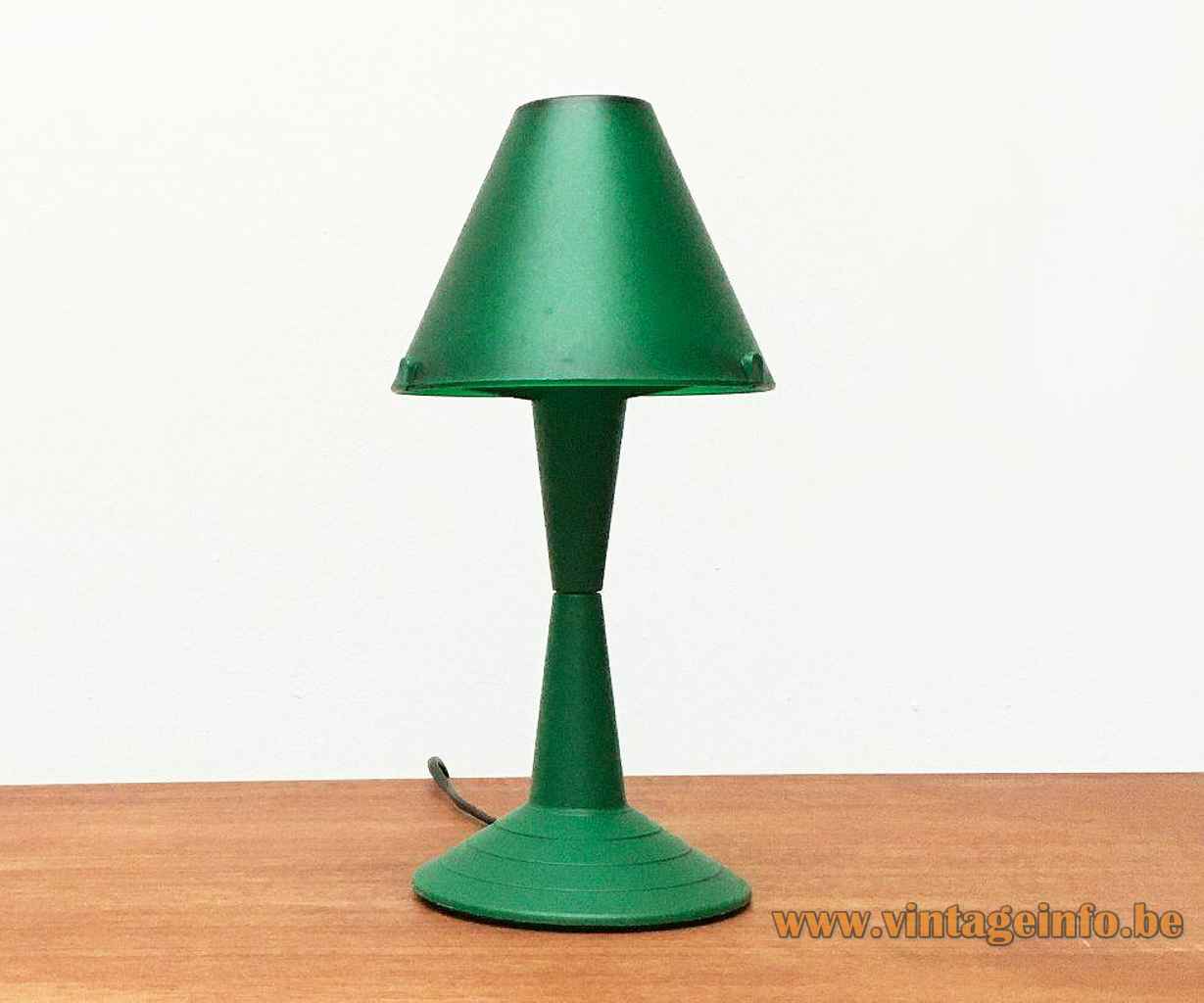 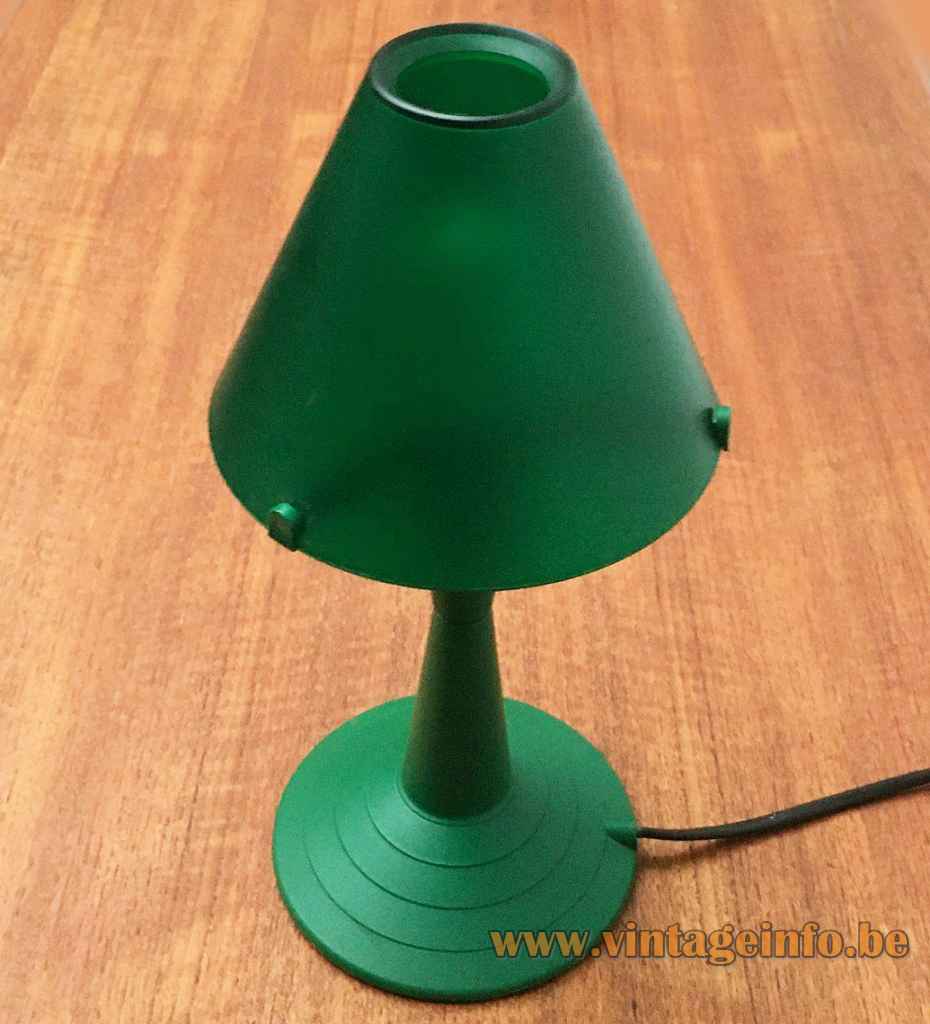 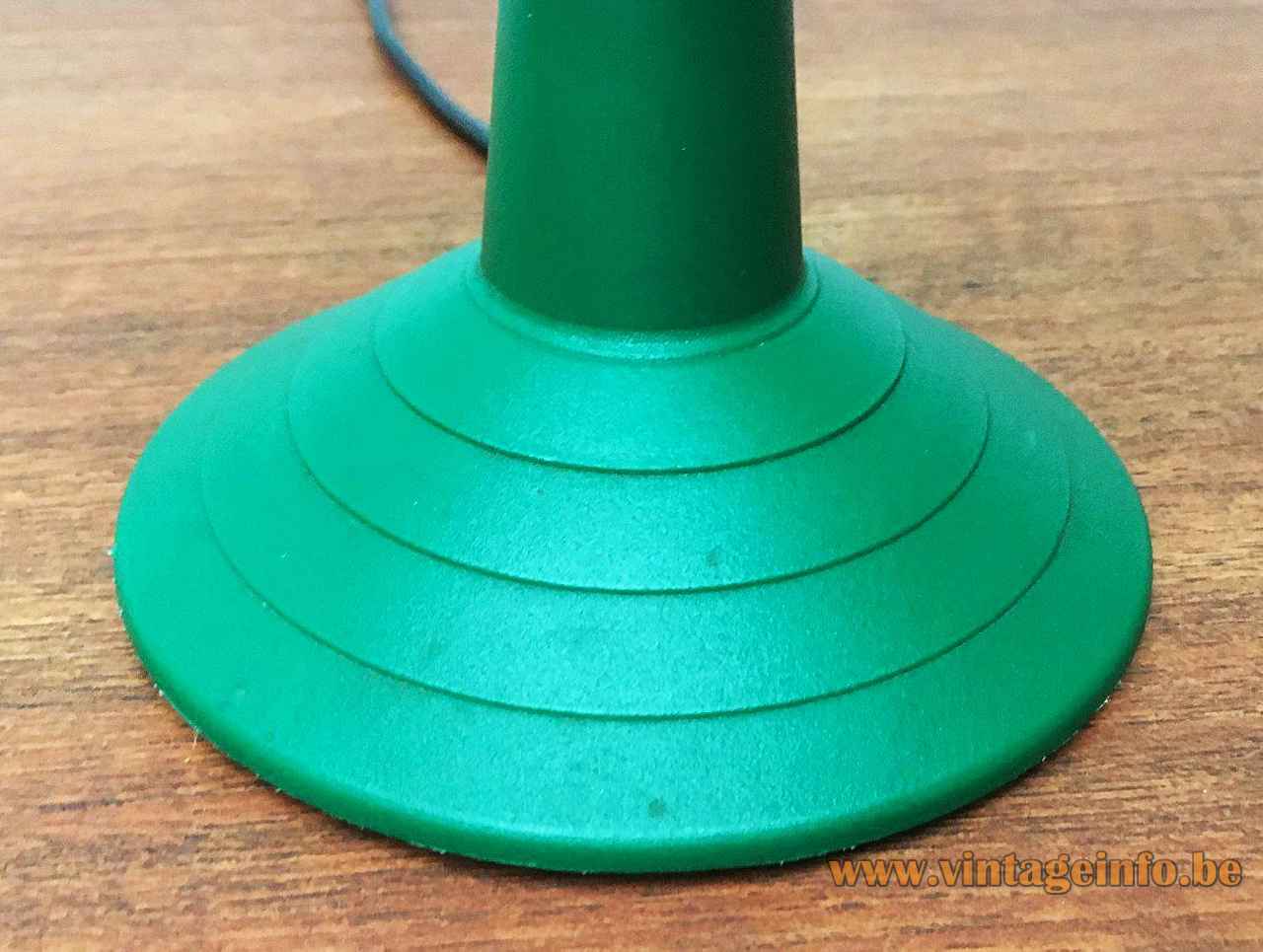 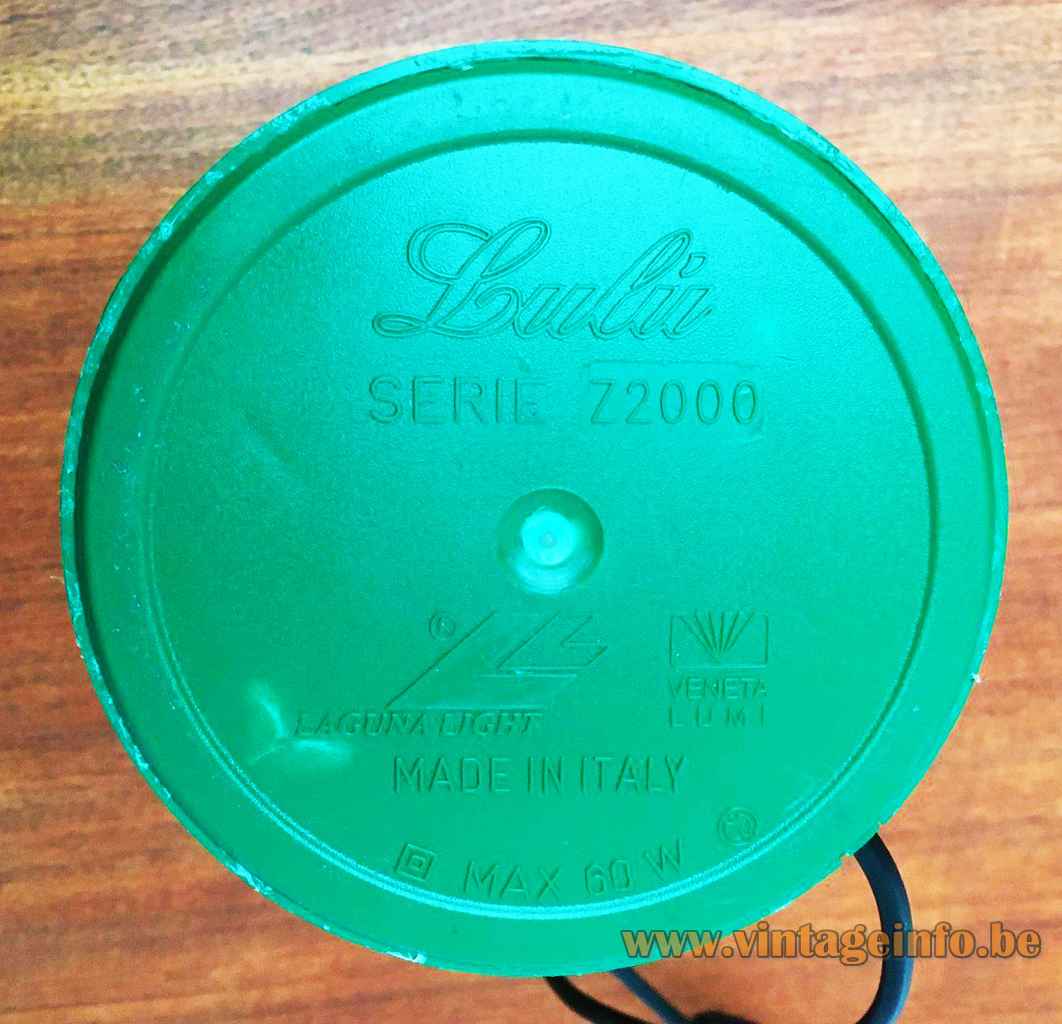 Other versions: The Veneta Lumi Lulù table lamp exists in several colours. At least made in green, yellow, blue and red. Also lamps with a frosted clear plastic lampshade exists.

The design of the Veneta Lumi Lulù table lamp is based, to say the least, on the design of the Miss Sissi table lamp designed by Philippe Starck in 1990 and in production by FLOS since 1991. Another example of a “copy” can be found over here, it is named Lampada T.

Not much info is found about the Veneta Lumi company. It was active from the late seventies until the nineties. They produced many lamps in the at the eighties very popular Memphis style, made famous by Ettore Sottsass. In the beginning the name was Nuova Veneta Lumi. Nuova = new. It became Veneta Lumi in the eighties. They also used the name Laguna Light in the nineties, also referring to Venice. On this Lulù table lamp both names were used.