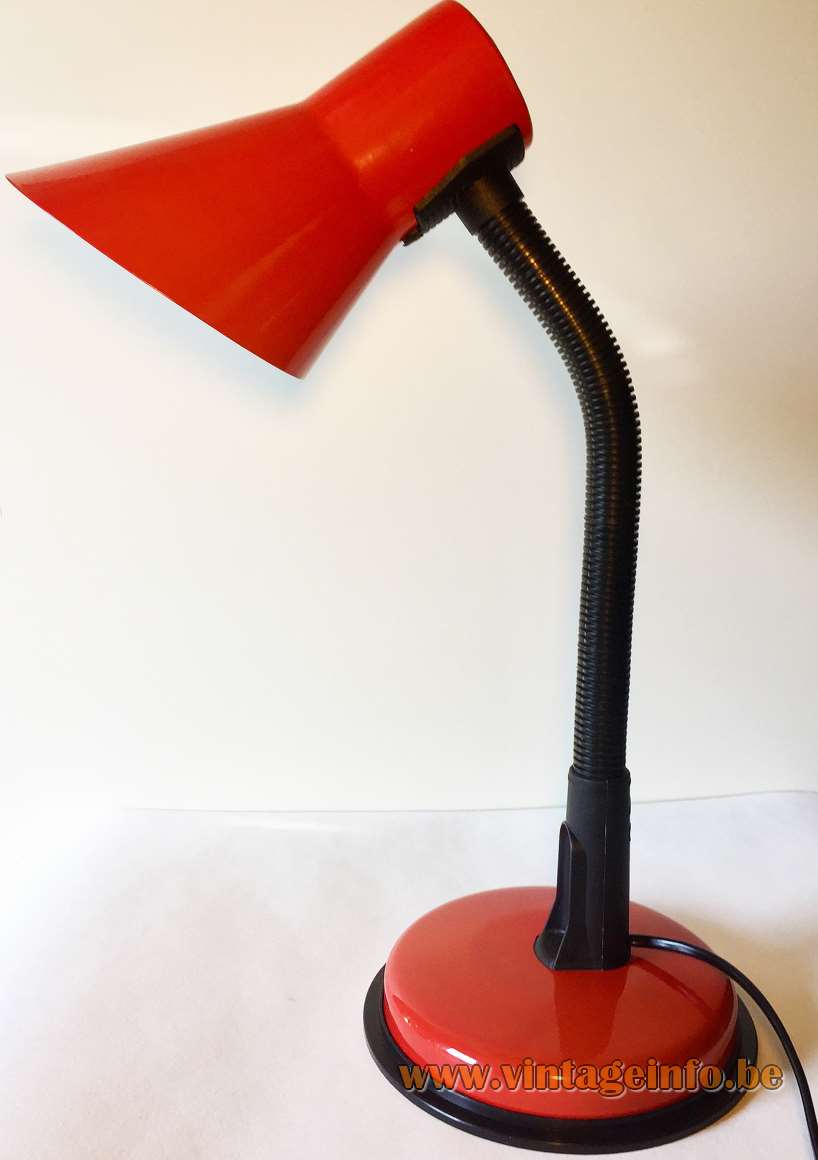 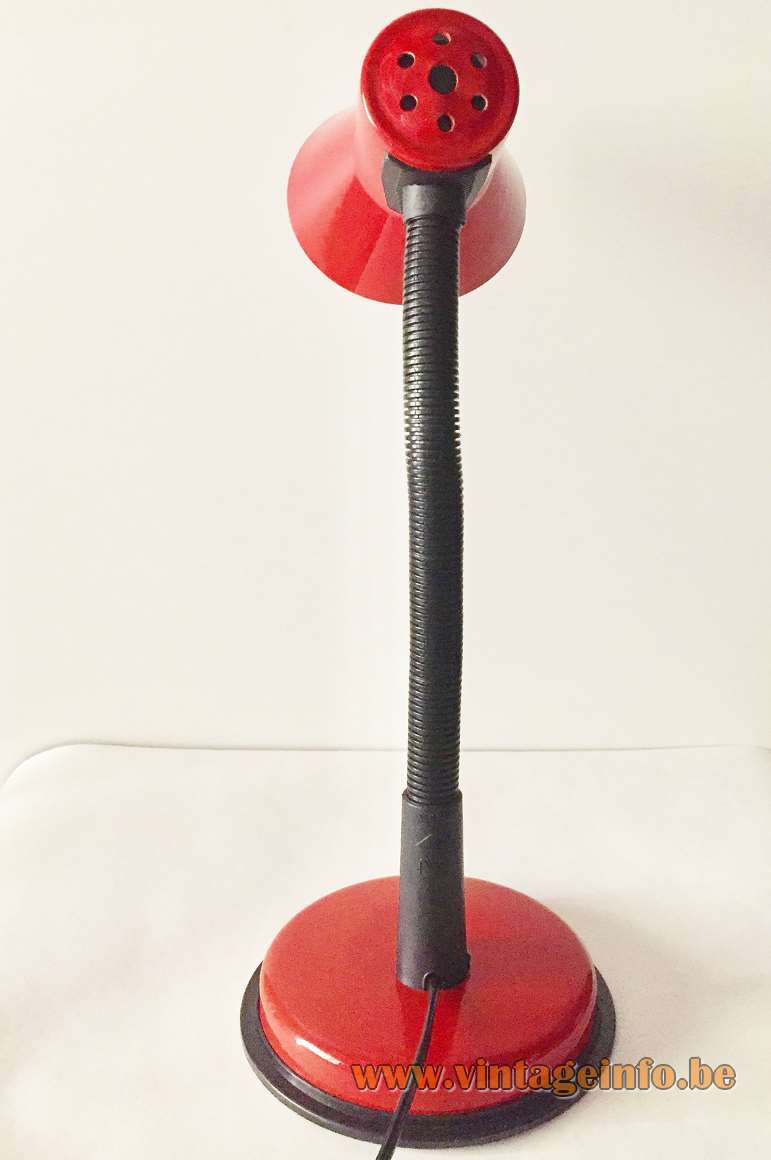 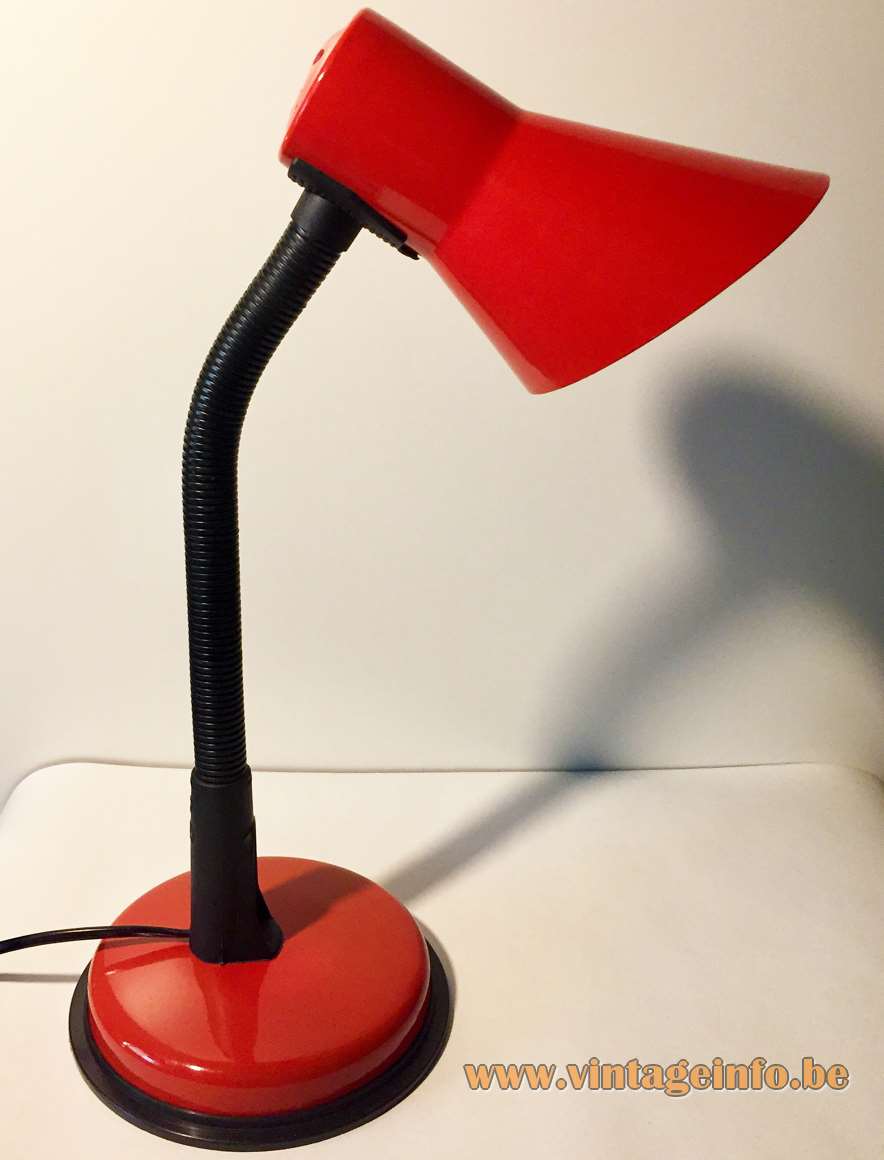 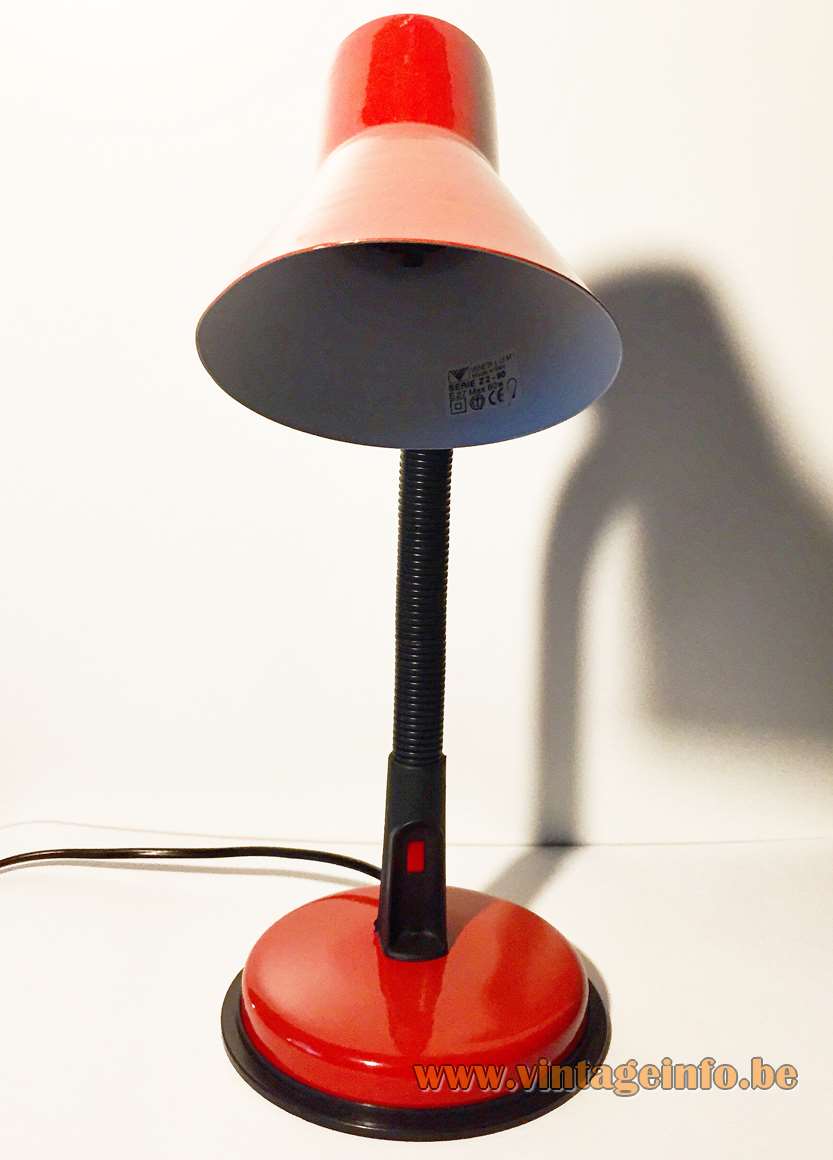 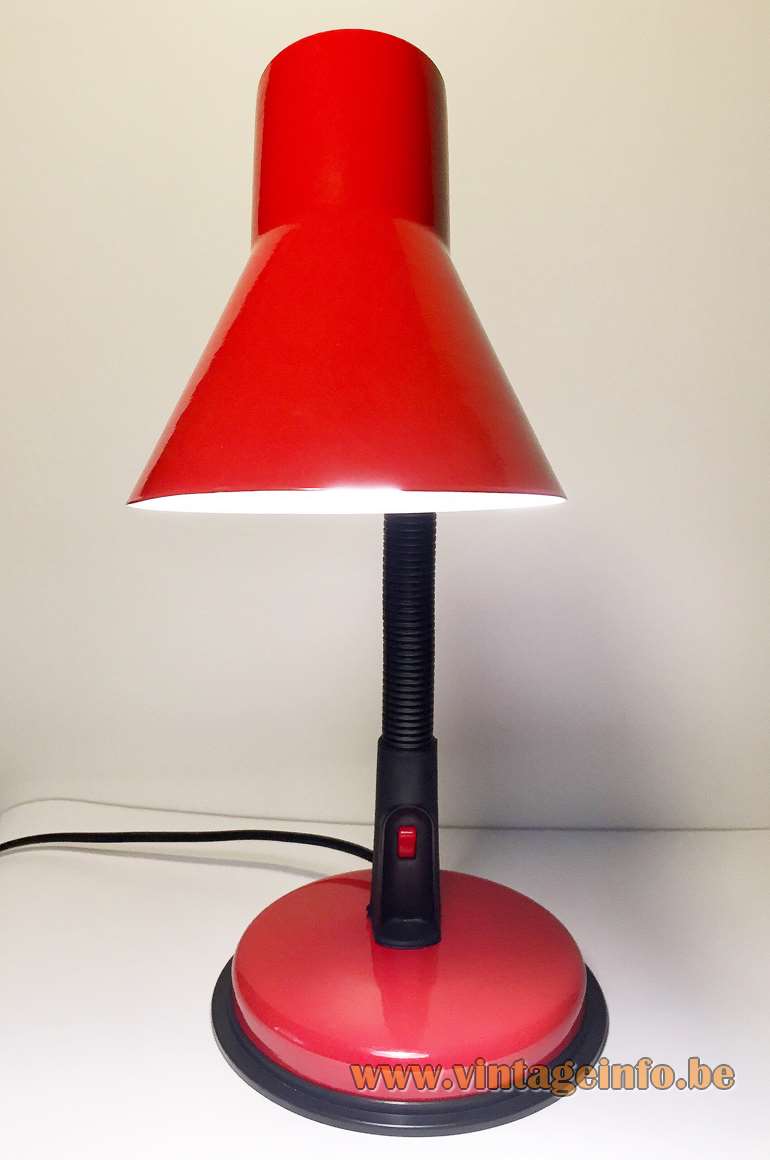 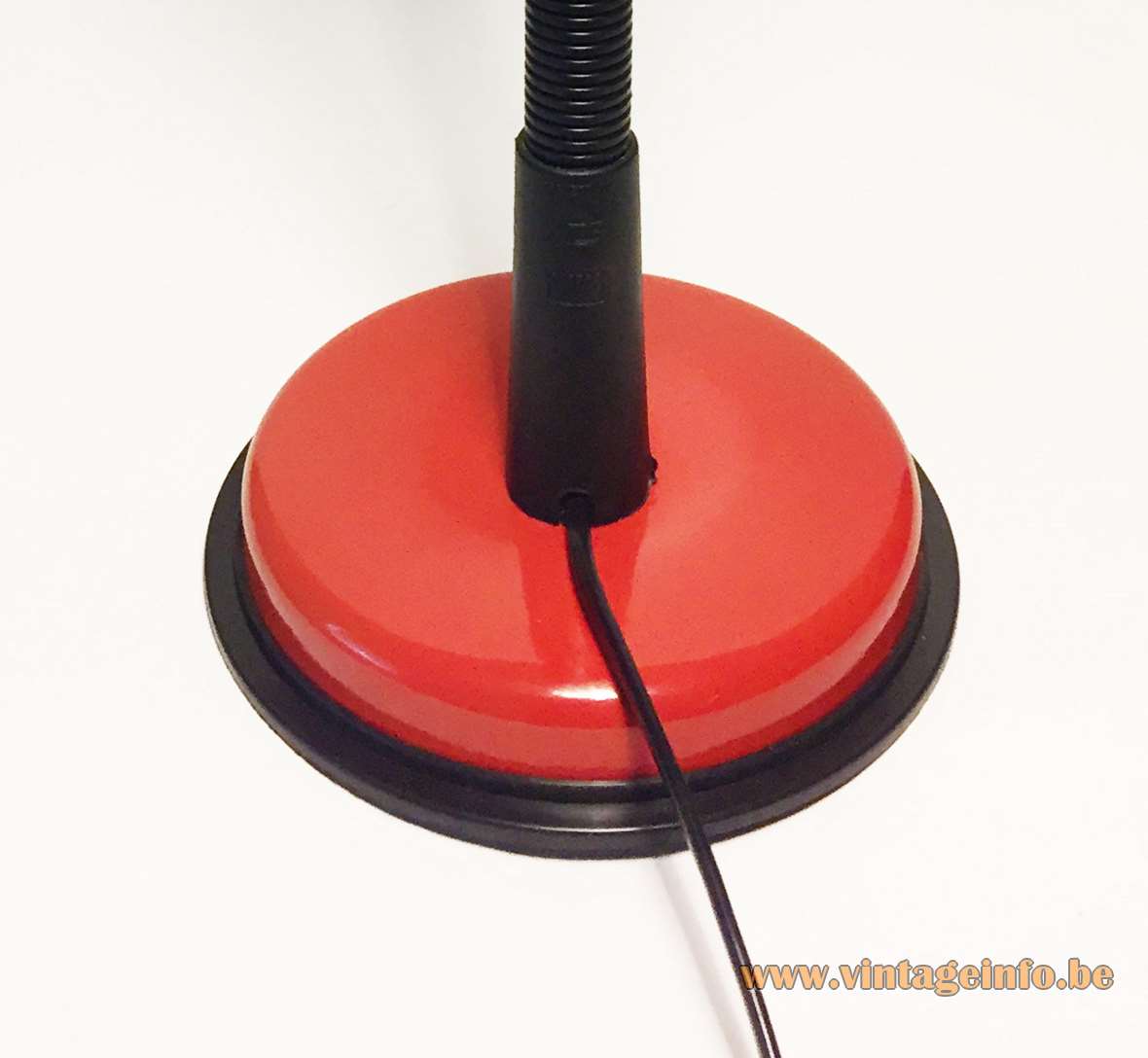 Other versions: This Veneta Lumi 1990s desk lamp exists in several colours. They were made with and without a CE label. It became mandatory in Europe in 1993.

Many thanks to Sven for the pictures and enthusiasm.