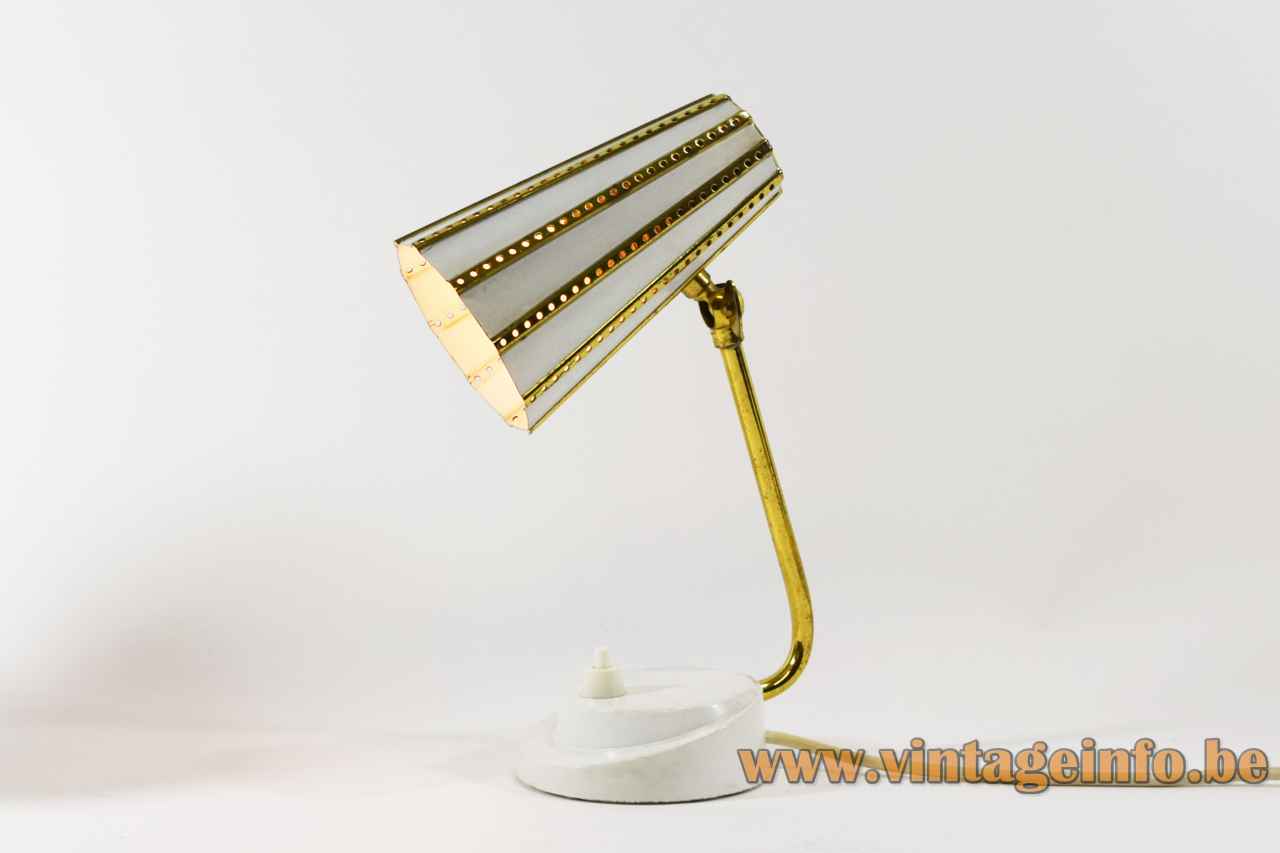 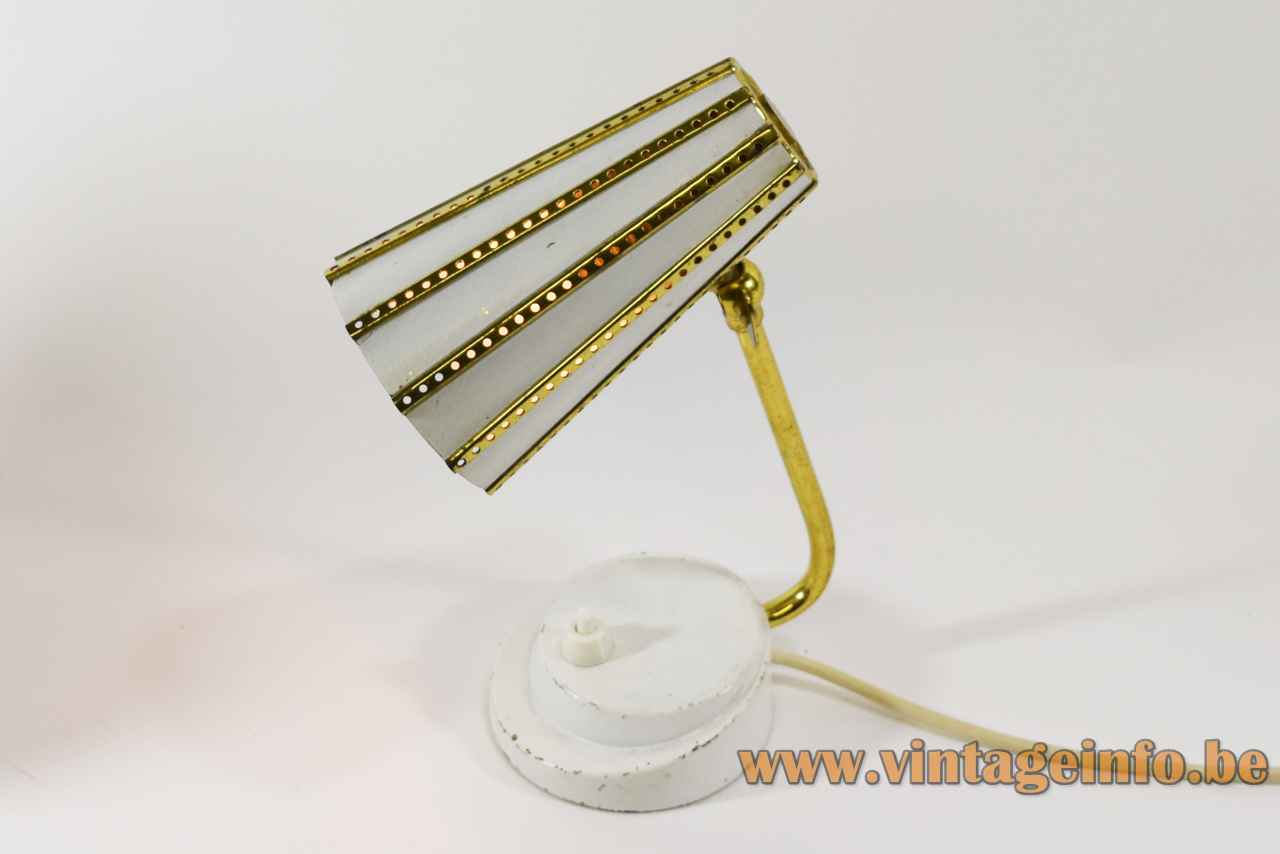 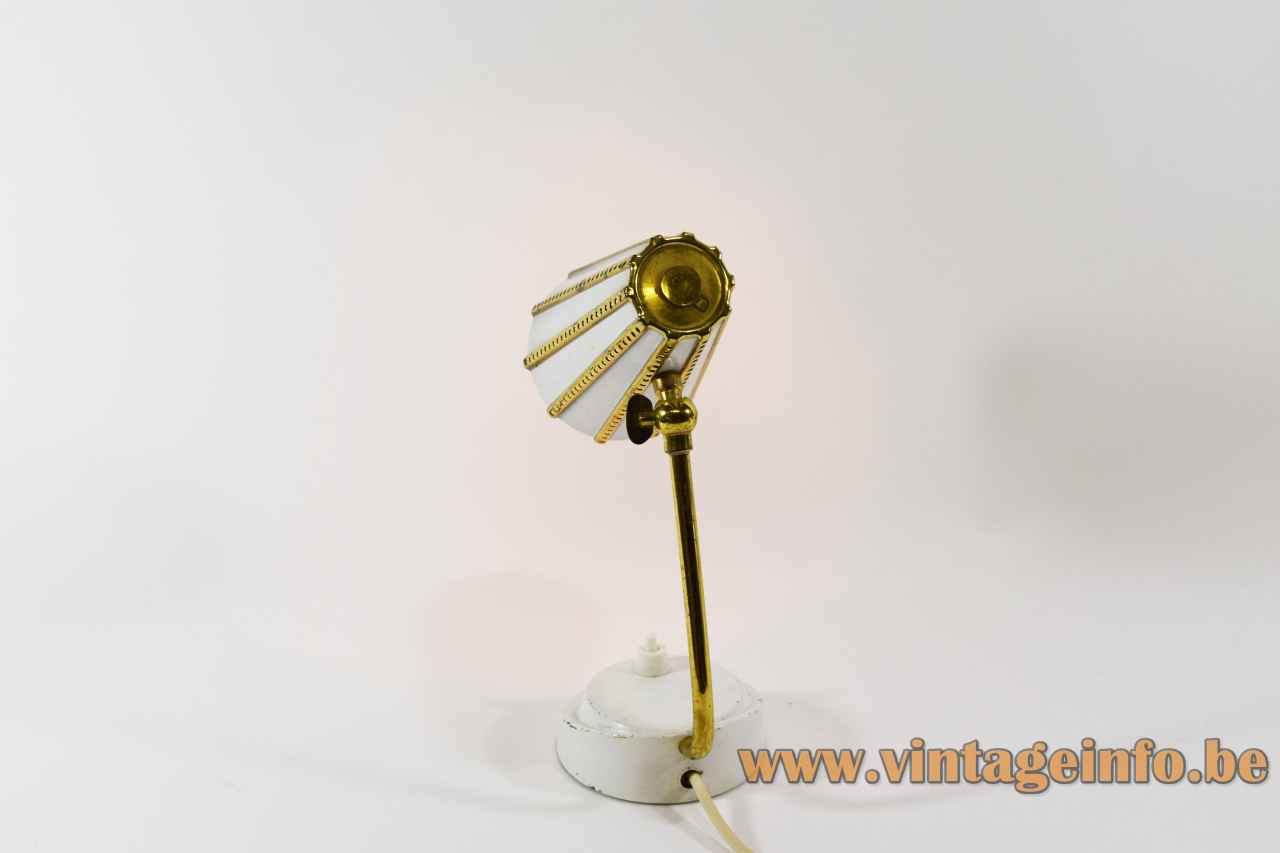 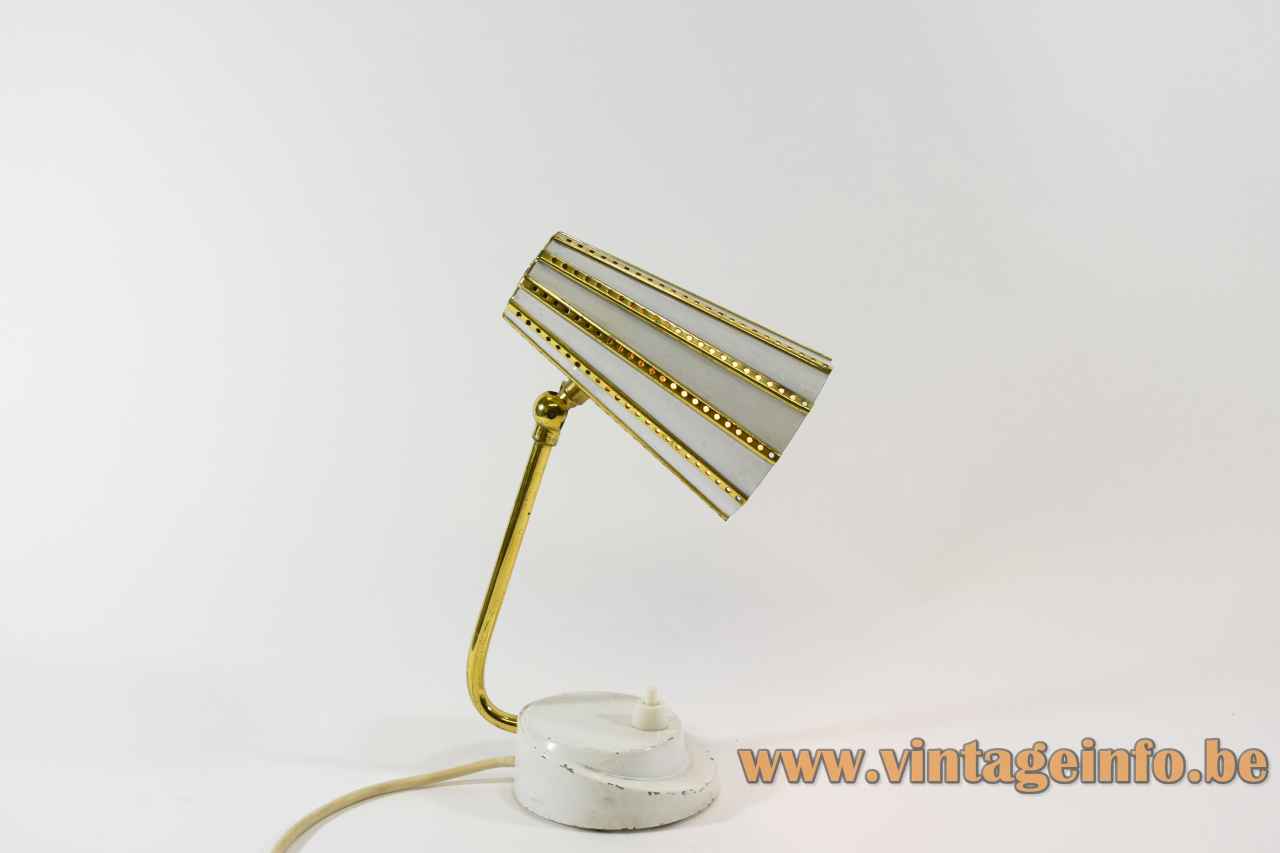 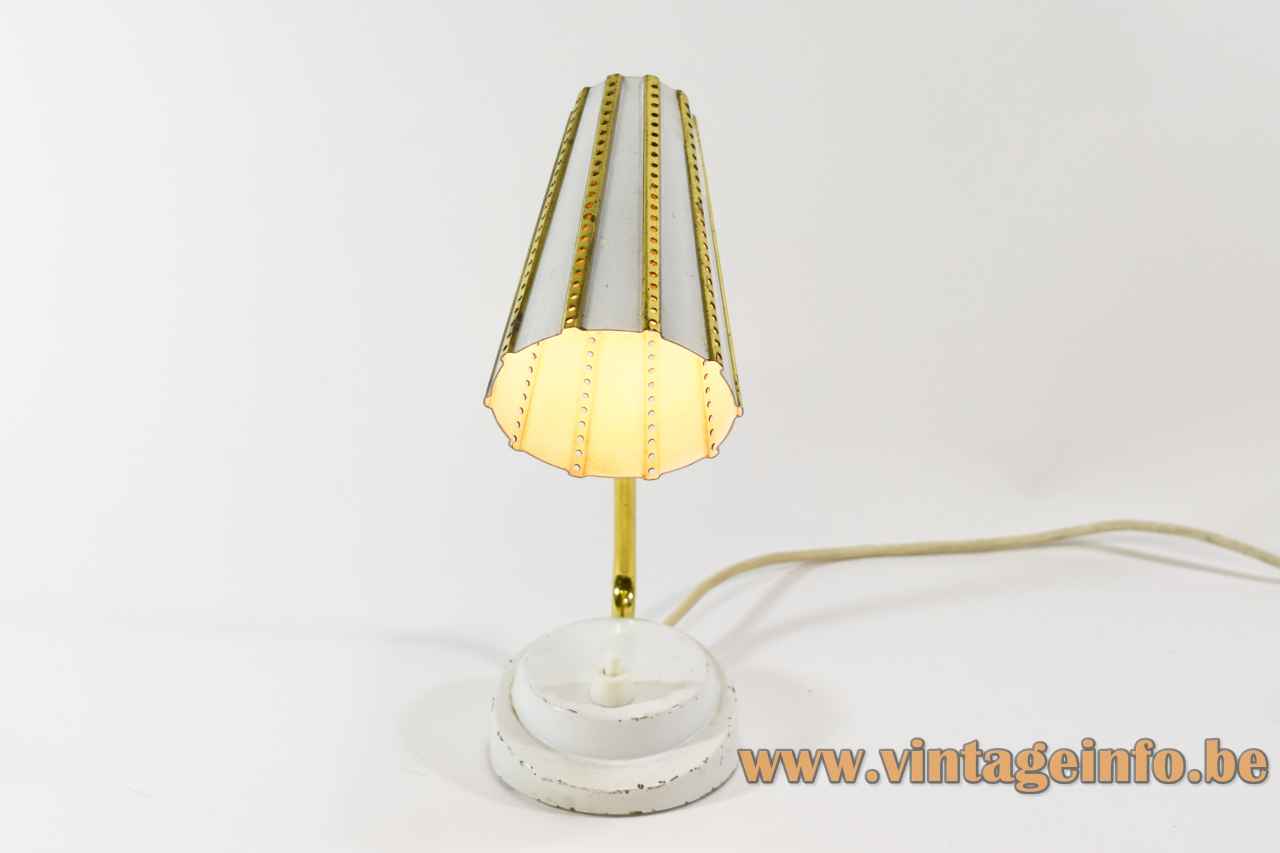 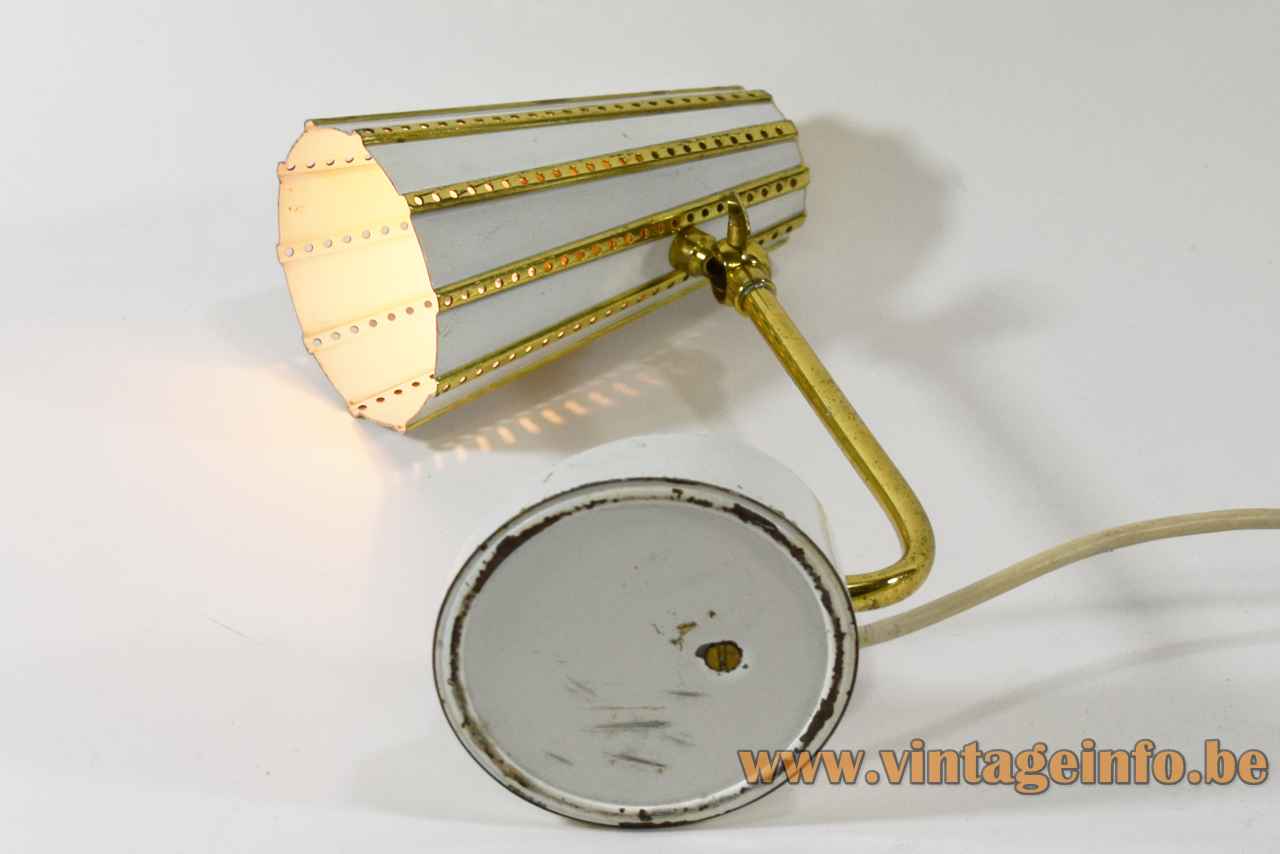 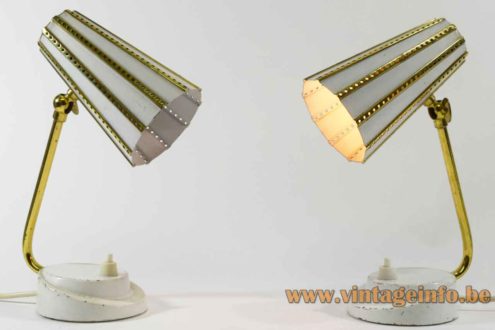 The base, with or without built-in switch was used for several other lamps. Also several other parts are similar. Because of it, this lamp is attributed to ERPEES.

This bedside table lamp appears in the German book “Jetz kommt Licht ins Wirtschaftwswunder…” (Now there is light on the economic miracle…). A book about 1950s lighting in Germany written by Claudia Gross-Roath. Unfortunately without the name of the maker. A nice book, but there are several mistakes.

After 1949, the company was continued in the form of a limited partnership. The “Robert Pfäffle KG electrical and lighting equipment factory” mainly produced table and bedside lamps, wall and mirror lights under the “ERPEES” brand, as well as universal tube lamps, ceiling and floor lamps.